Drove up early yesterday morning from  Malibu where I am staying to Santa Barbara to charter a flight over the fire damage in the towns around Ventura where the forest fires were last fall. We also flew over Montecito where the mudslides were. 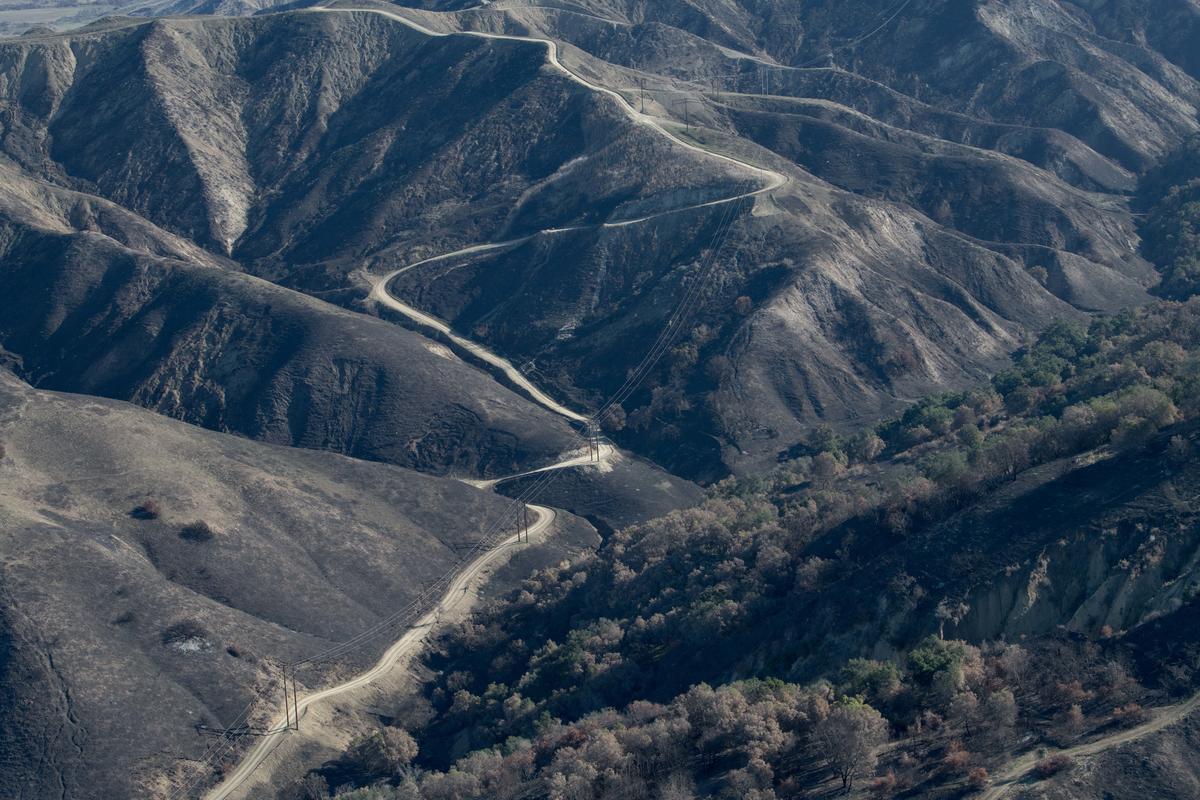 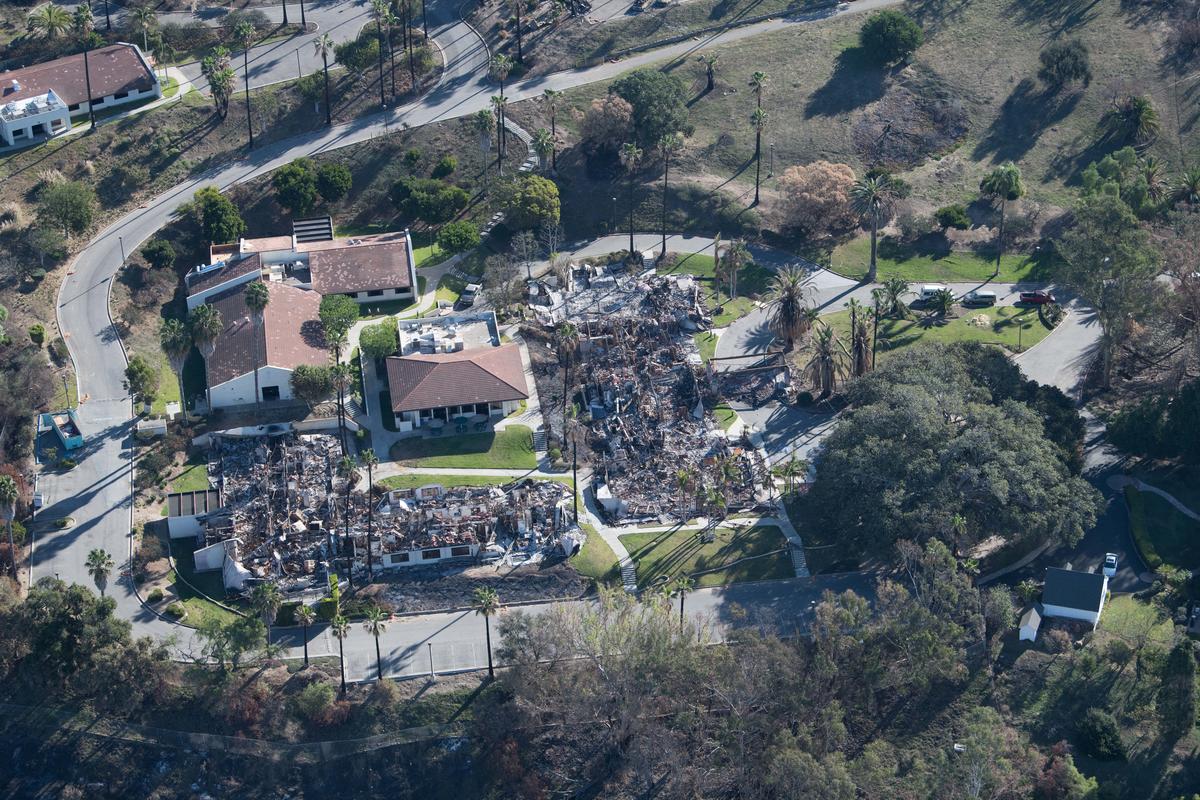 The fires progressed from above in the hills back behind where the population centers are, but also threatened orchards, vineyards and horse farms, as well as homes. 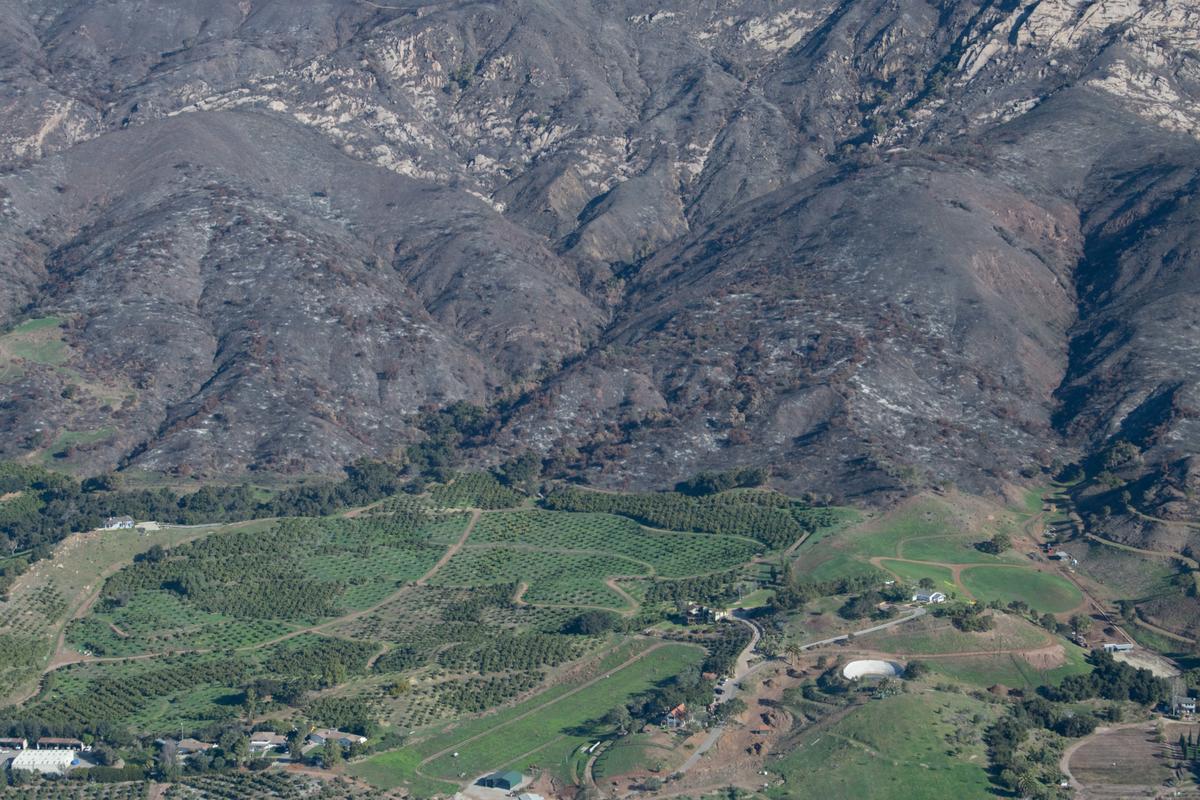 In places, fire came right over Highway101 to the sea 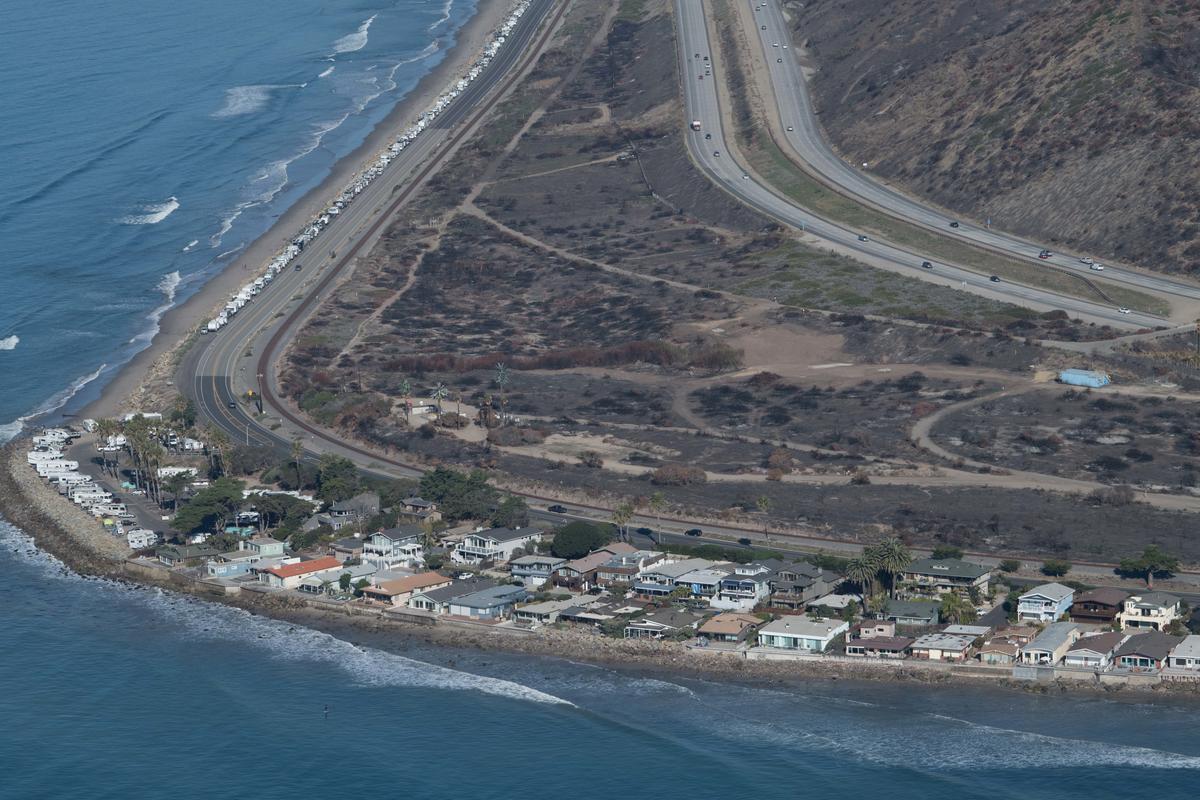 (the darker areas here were caused by the fire as it jumped over the highway).

The mudslides in Montecito happened because the vegetation burned above the town, allowing the rain to flow down the valleys like a river, scouring and loosening the dirt. 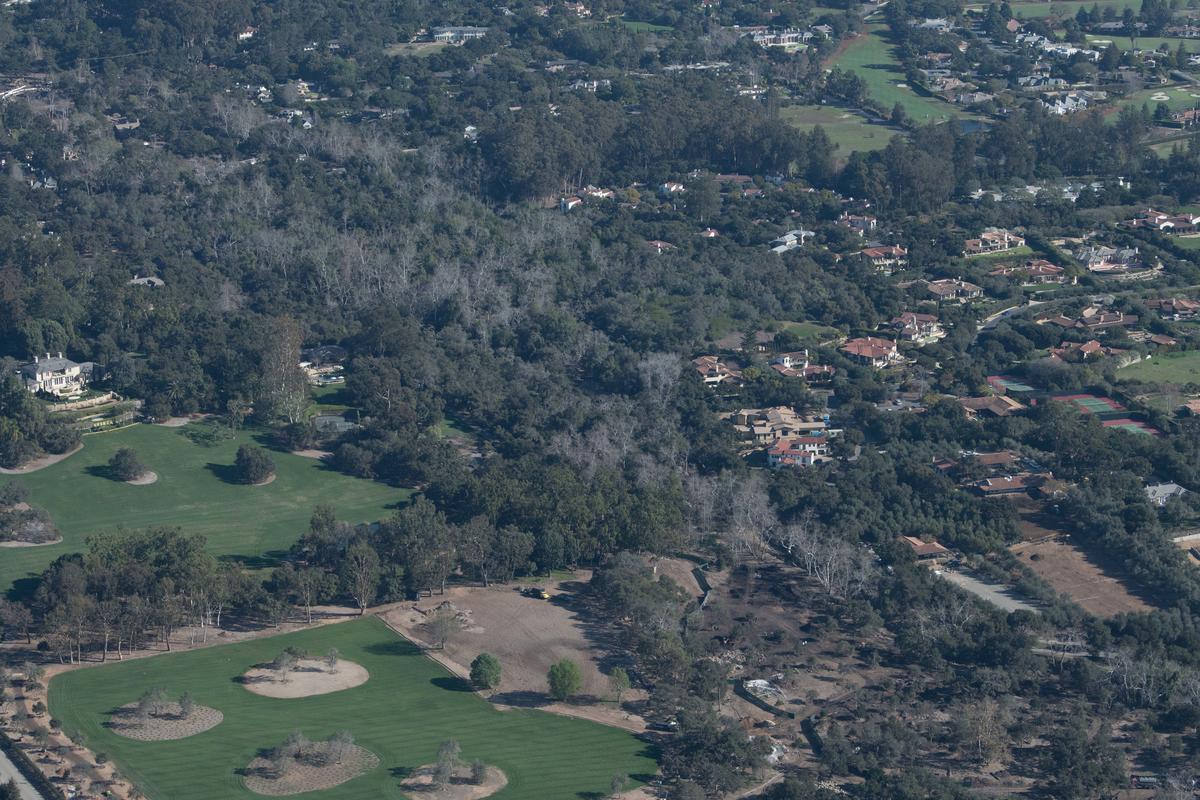 (the lighter line of trees show the path of the mud) 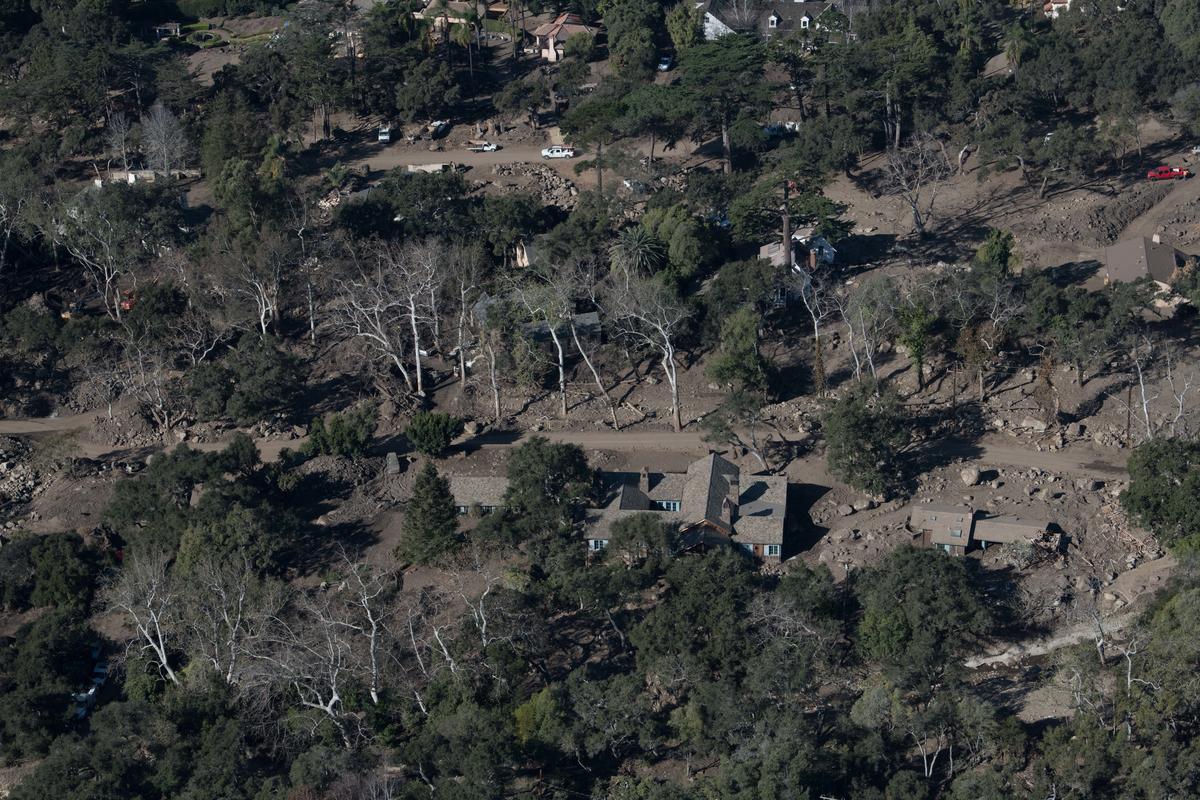 some homes flooded and appearing submerged by the mud. Two story homes with just the roof left. 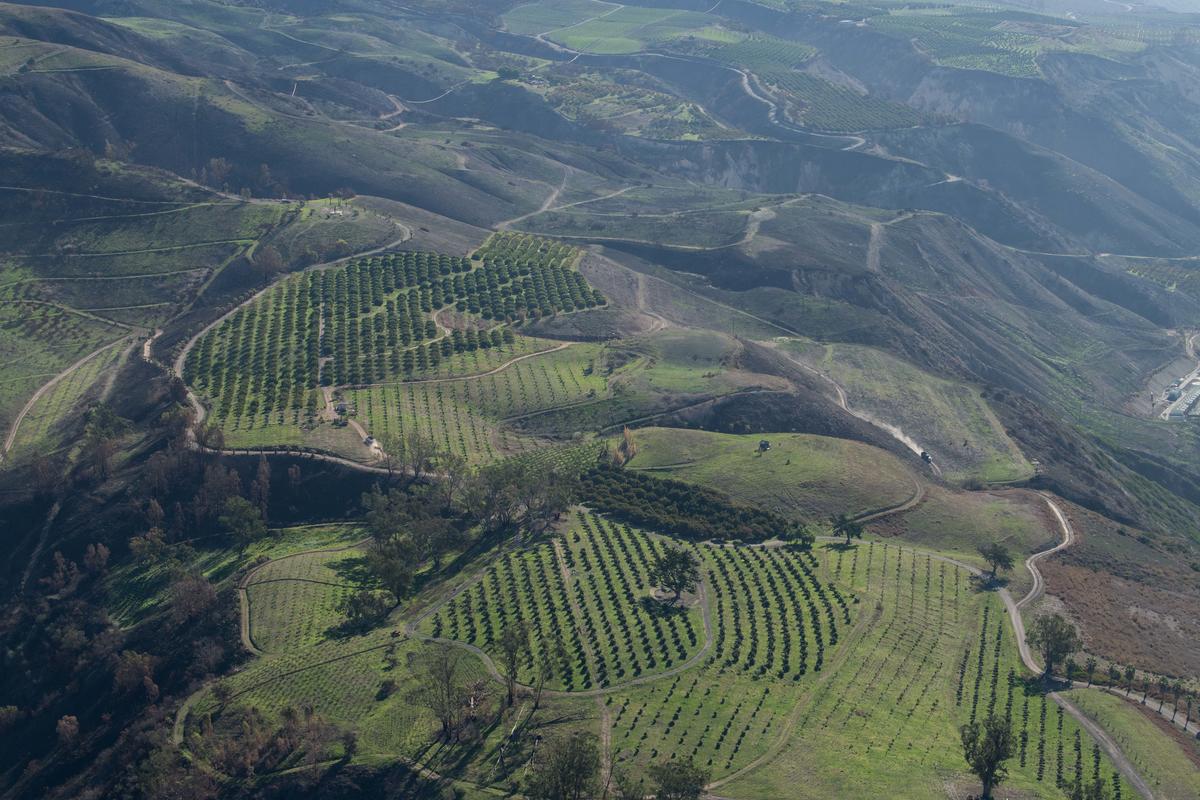 I found pockets of land untouched, whether from firefighters working to protect or land owners out for hours with hoses and digging fire breaks.

The fire damage looking as if from a blast zone. How terrible to know this was coming towards you and powerless to stop it. All your worldly possessions and the small things: pictures, momentos from an earlier time, an anniversary, a wedding, a funeral. Gone in an instant. Watching your home catching fire and running to escape with your life and little else. 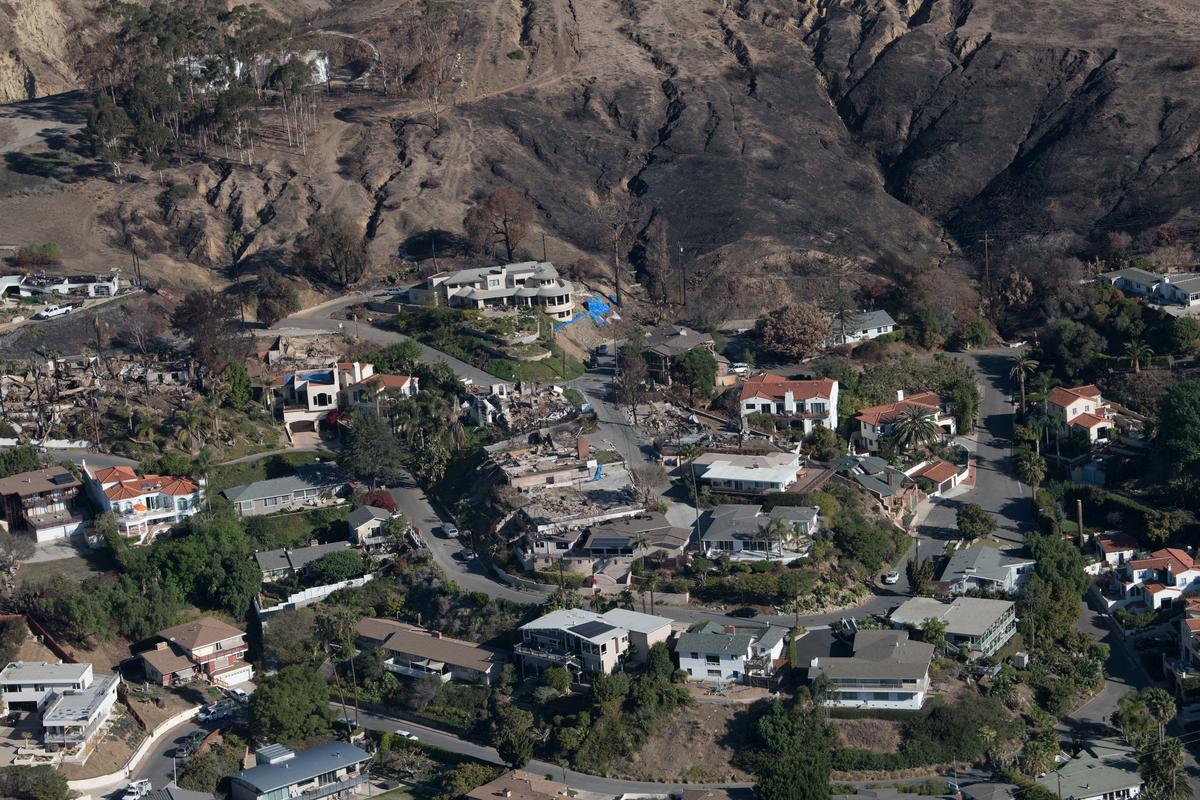 I wonder how many negatives or digital files went up in smoke, how many prints? 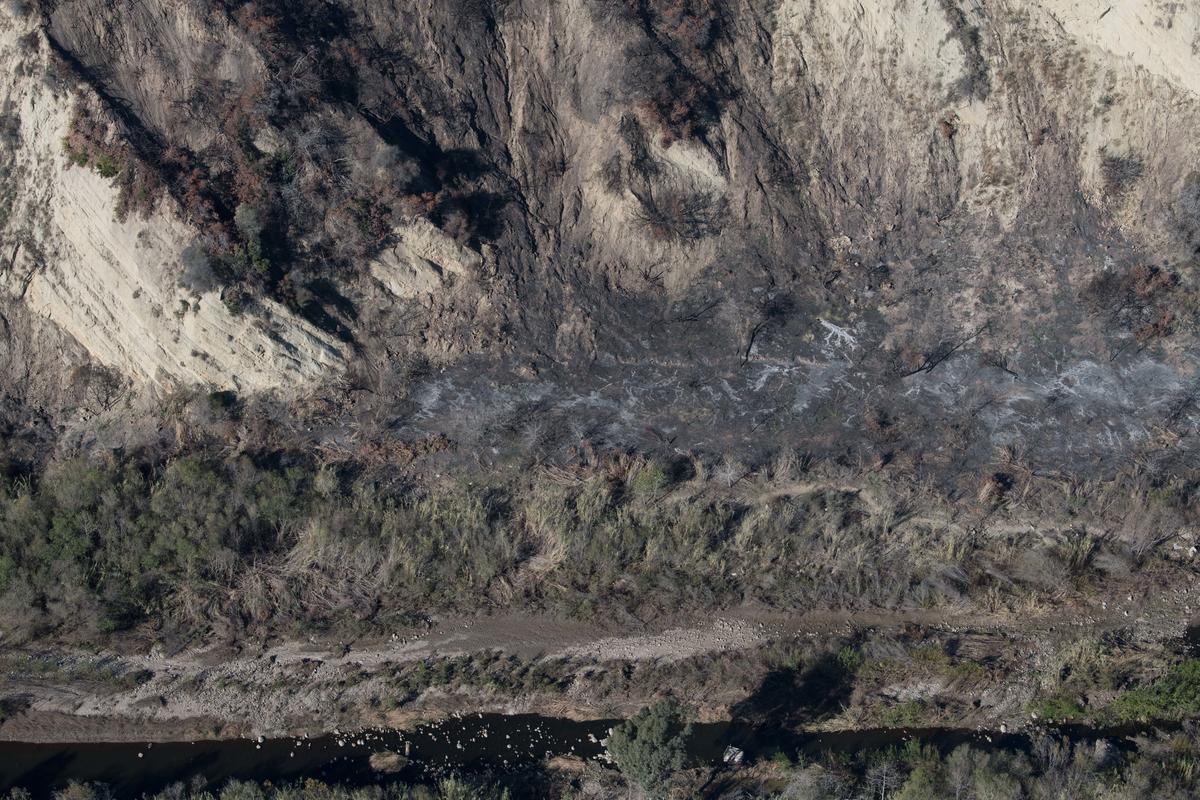 My heart goes out to those that lost so much. These two disasters serving as reminders that life and all that we hold dear is fleeting and can be gone in an instant.

This is a walk through of a series of photographs made in 1997 in rural Pennsylvania. Read more

This is the third post I am writing to analyze the series called Hershey, PA, a group of pictures I made in 1997. Read more

Loyal readers, you are forewarned. This is going to be an old guy's post with no apologies.We wouldn't think to apologize for our age at 25, so why at 71? Probably because we don't want to admit to diminished capacity. While I freely admit that's true, look at the increased wisdom, perspective and sheer amount of experience that rides along with seniority.  I think I've got that (but I may be senile), so here goes.

In NYC for a few days last week I am struck by how many people live here, how friendly New Yorkers can be, how it all works somehow, how dirty it is, how it seems everyone is plugged in, on their phones, wearing earphones and walking very fast. I know, old guy stuff. One of the things that happens when you age is that your world becomes smaller, closes in to be fewer experiences in a smaller sphere. Well, going to New York is completely expanding, at least for me.

Photographing here can be frustrating as NY has a way of making your pictures seem insignificant and/or touristy. NY is overwhelming to someone like me who gets here only occasionally. Always exciting it is also enervating, as it speaks to a faster pace, to a relentless mass of humanity in a hurry, meaning it seems you have to join the wave. I am always exhausted by the time I leave. 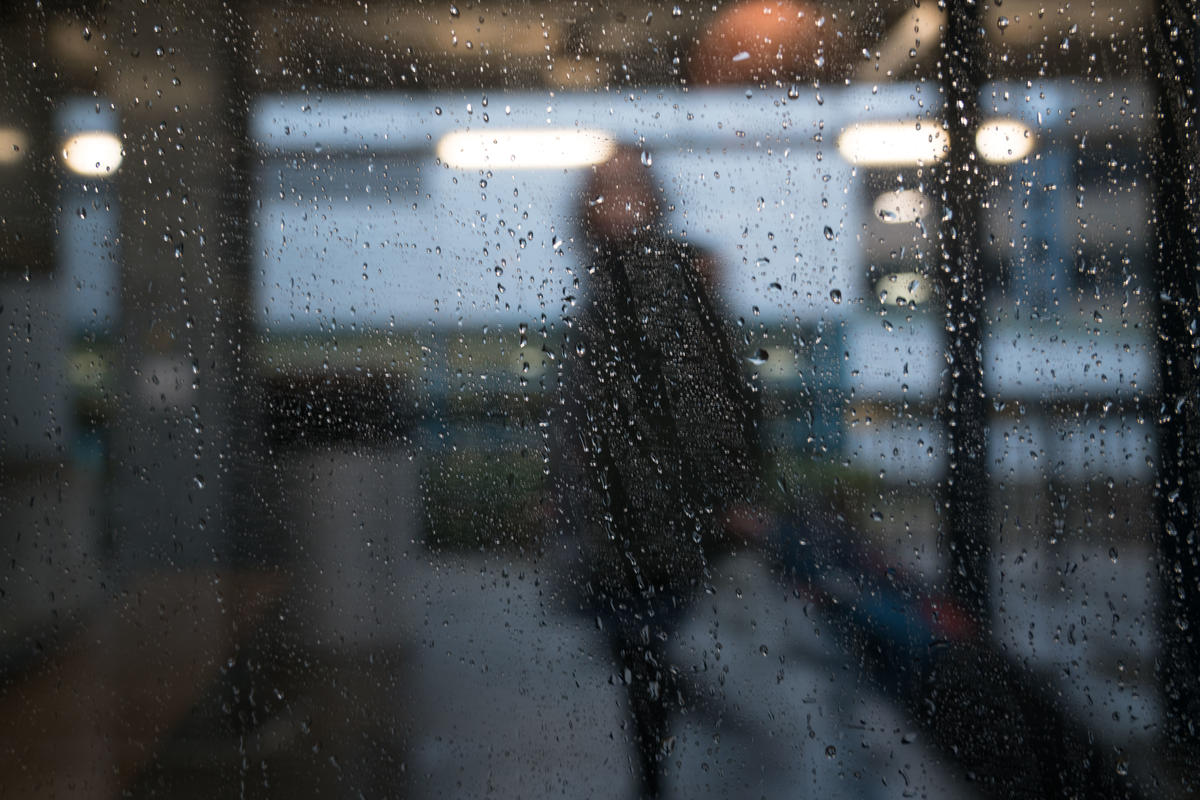 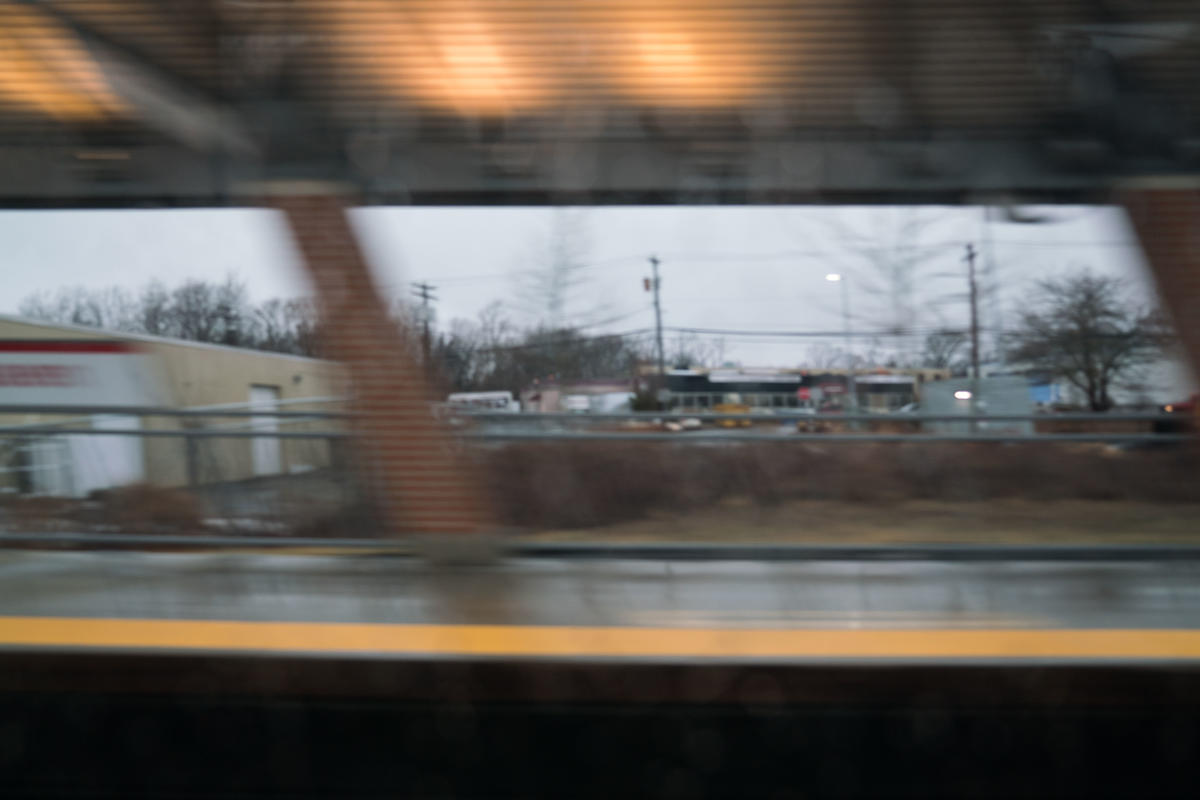 I claim no originality on these at all for friend Michael Hintlian (website here) is the king of this and it is through his work that I understood the possibilities in working this way. 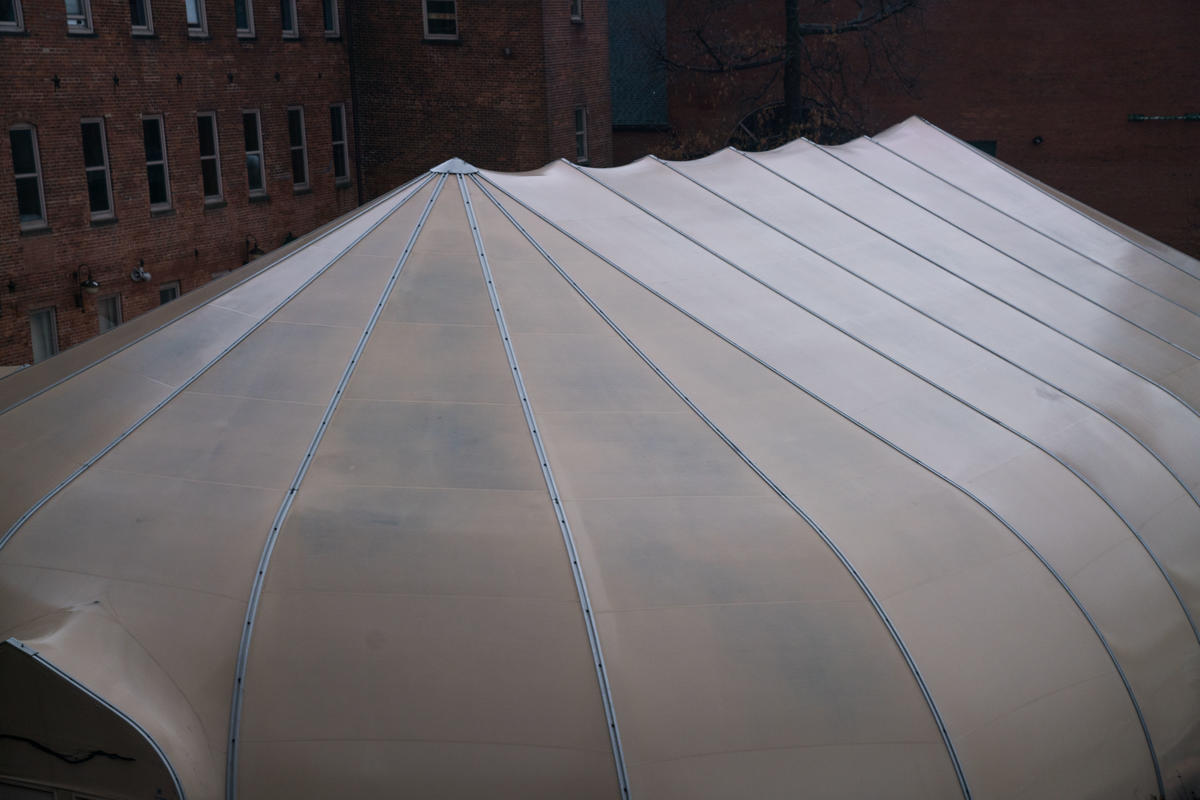 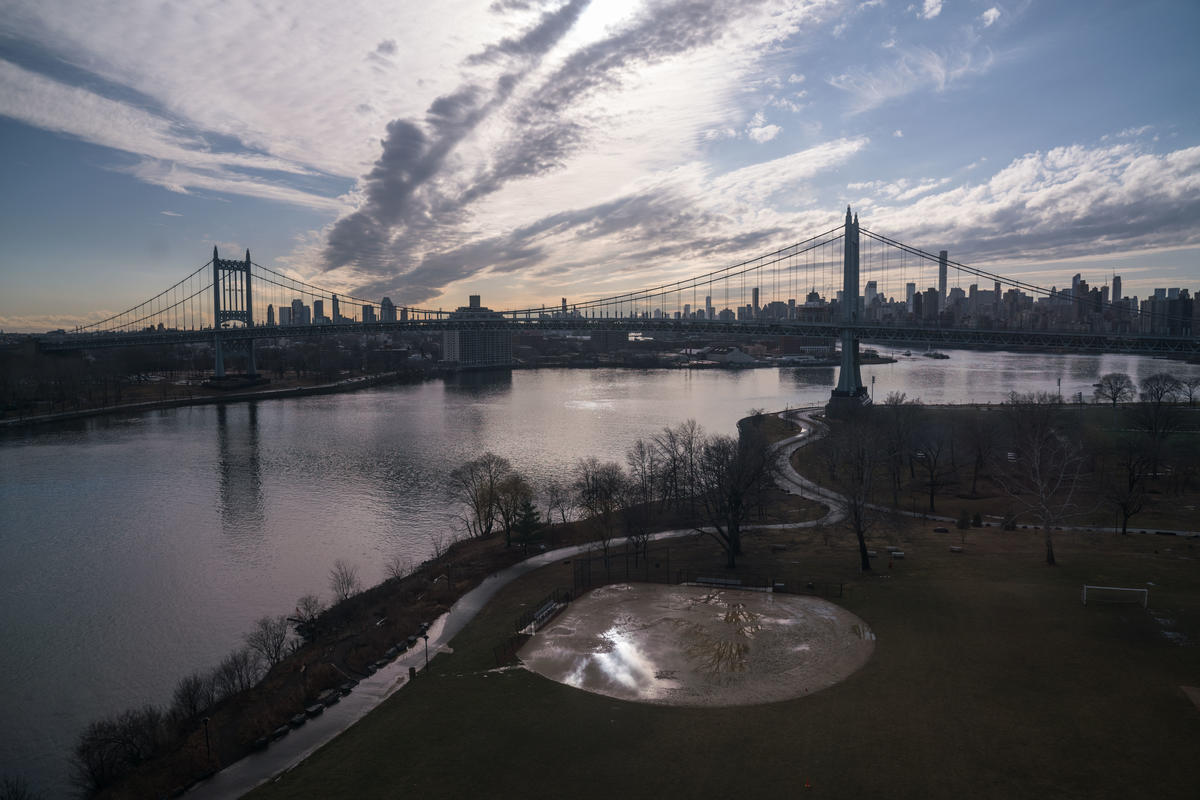 This requires huge quantity to get just a few. The way down was rainy, the ride back up at dawn was sunny. 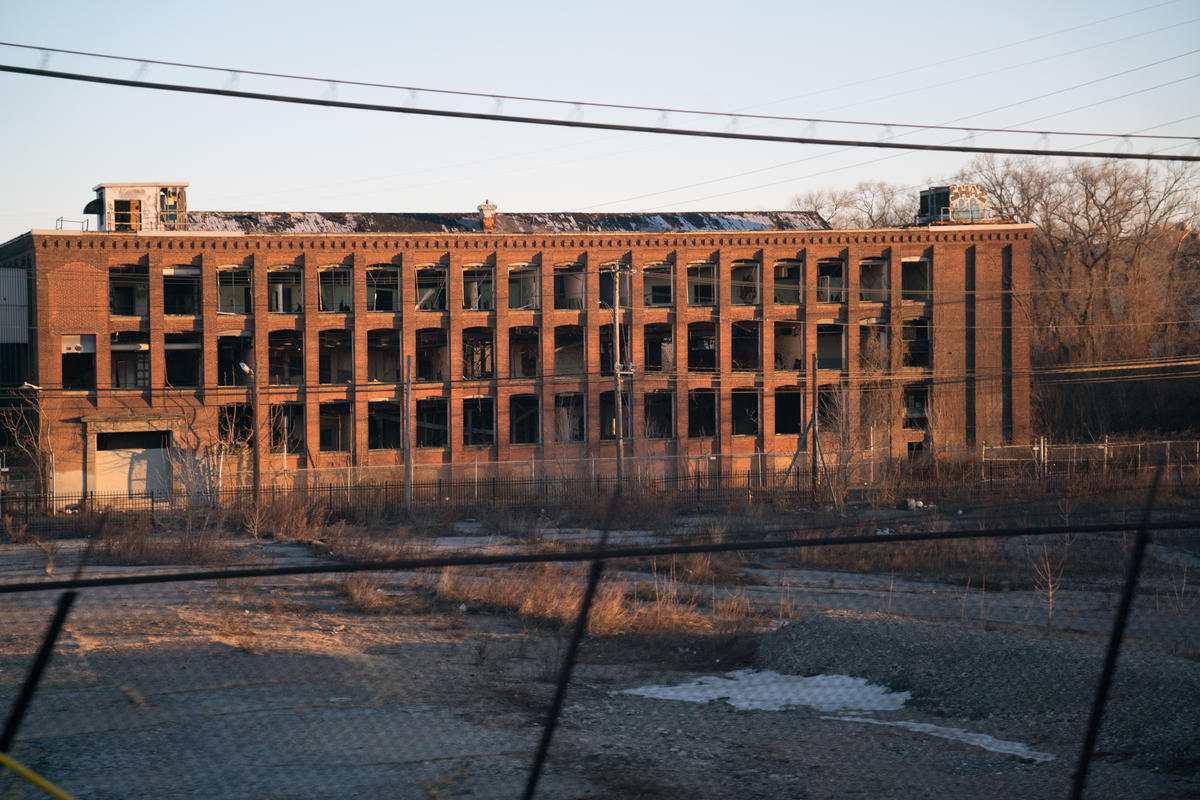 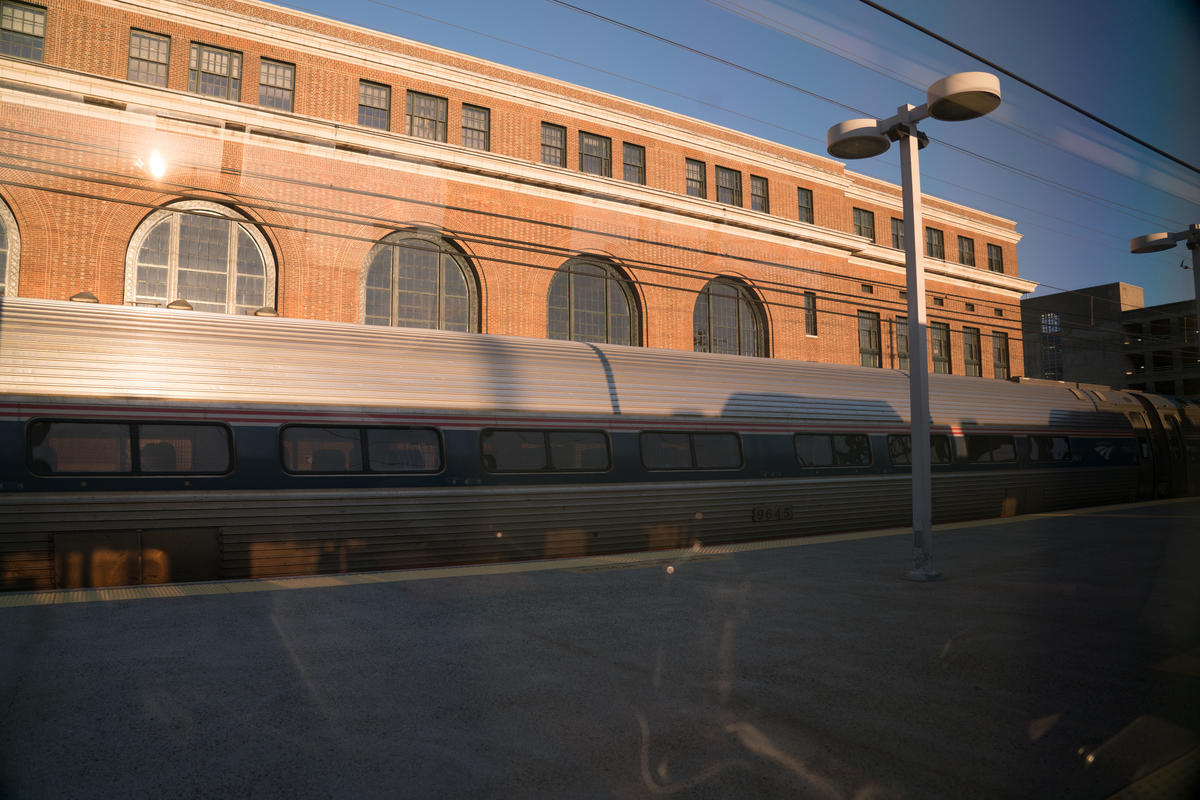 Next up, what I made pictures of while I was in NYC.

Castle Dome Mine Museum is nestled up in the foothills near Picacho Peak, across the valley from Yuma. I photographed it twice, both times when they first opened up in the morning. These are also made in a 5:4 ratio and are printed smaller than many of my series  at 18 x 12 inches.

It is a distinct pleasure to be able to announce the publication of something very special. The new book of the Oakesdale Series is just out, as it just arrived this week. 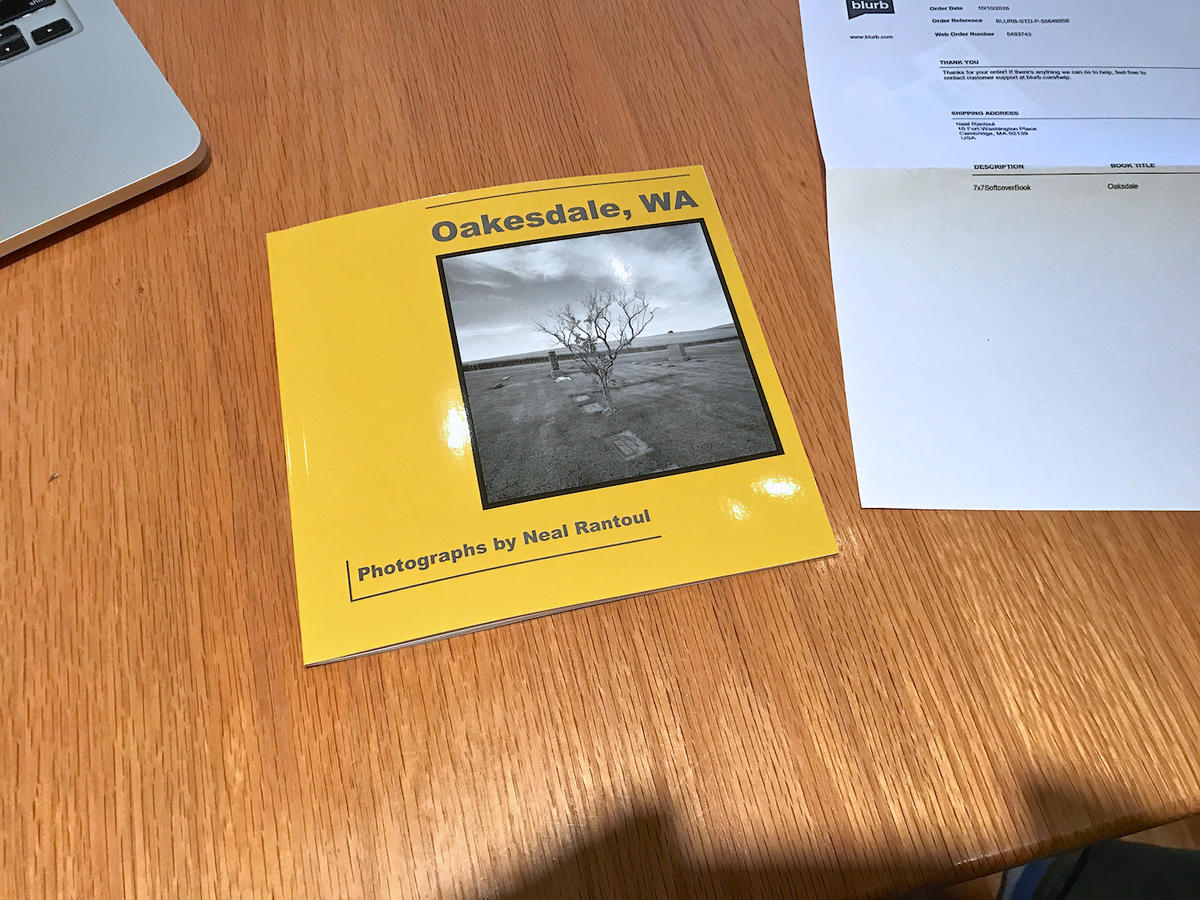 This is the first in a run of small books that are going be printed that showcase my vintage series work from the 1980's and 90's. Each book will have just one series, and will be numbered and signed by me. 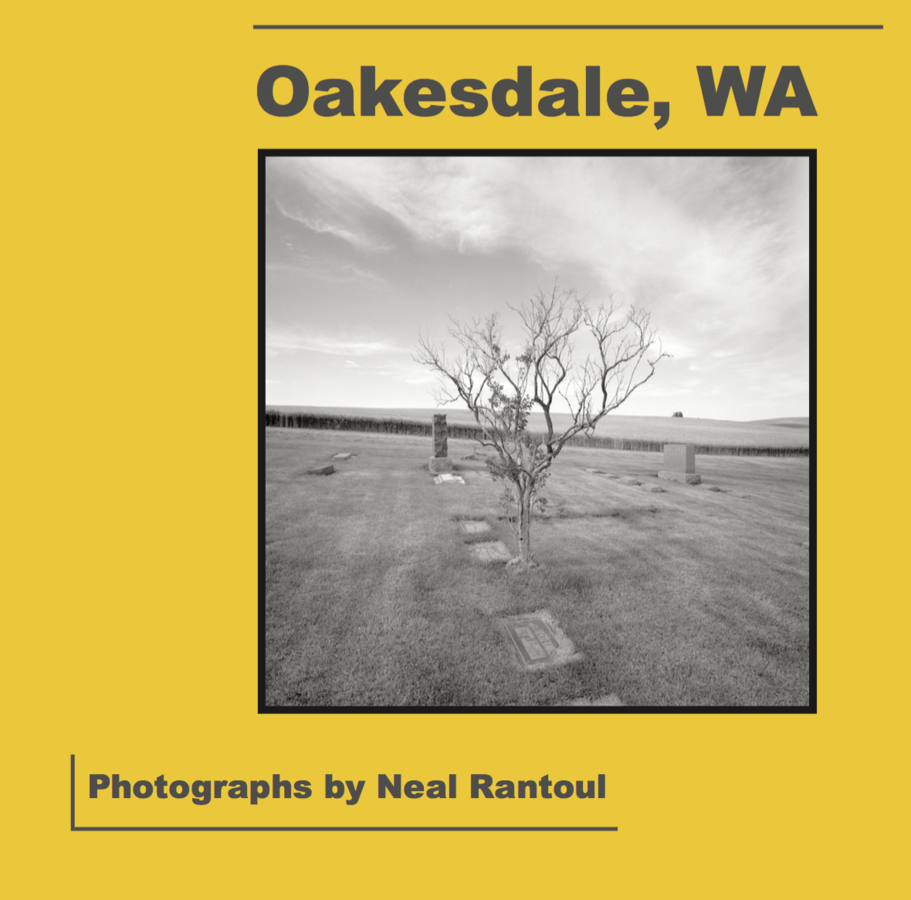 The books will be small, 7 x 7 inches, modest and inexpensive but beautifully designed and printed. We are making an initial run of twelve separate books and will offer a slipcased box to hold them in.

Currently either in process or under consideration are the following series:

I can't express just how good they look. They are gorgeous. Oakesdale is now out and Hershey is in the final editing phase: 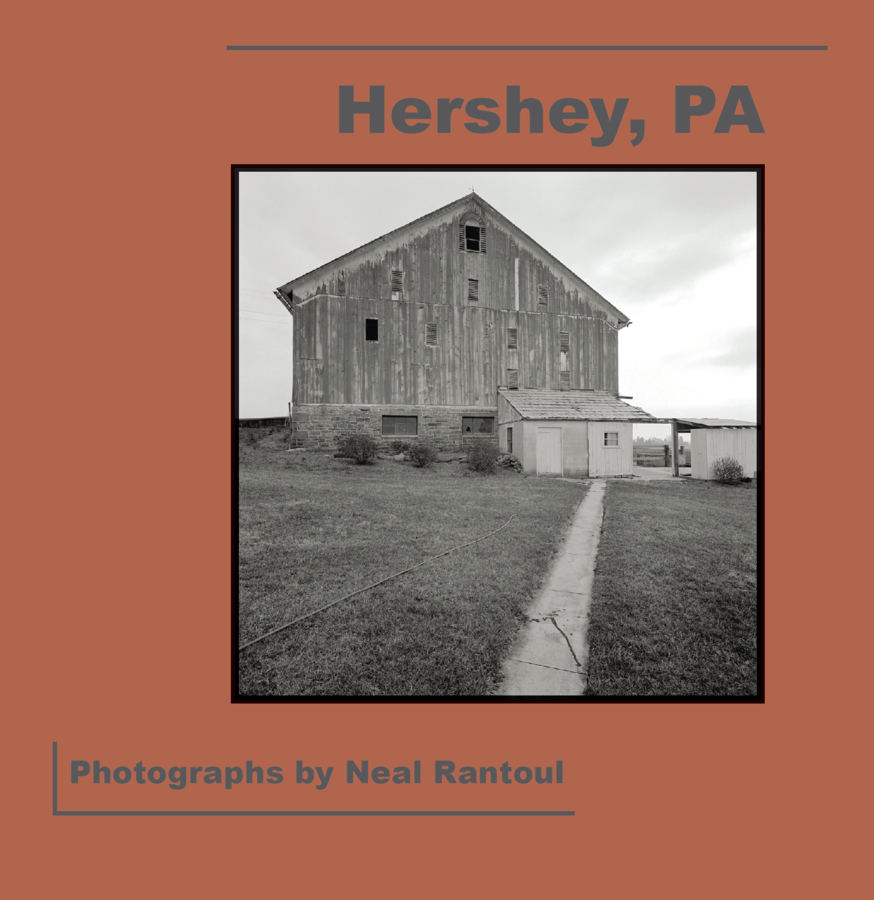 The books will be sold locally in the Boston area and also available online through my website.

If you're interested, please let us know (Neal's email). That way we'll know how many to print in subsequent printings. I believe earlier numbers in this limited edition project will be prized as collectors will want to get in early,  as well as lower numbers in the edition will be cheaper. Pricing will be tiered: the first 100 copies of each book will sell for $25 each, with shipping and handling added to that. The next 100 will increase in price and so on. Finally, you will be able to subscribe to all twelve books, receiving one after the other as they are published. Caution: don't order yet. Let us put in place the payment and shipping structure first so that we can get these books to you in a timely and efficient manner.

I like to think of these new books in this way: while most who follow my work will never get to see the original prints from these series, you can, for the cost of a few cups of coffee or a modest meal out, have a signed and numbered copy of a book that is elegant and dedicated to individual series, photographs that constitute seminal work from my career.

These are very beautiful books. Designed by Andrea Star Greitzer, a valued colleague, former student and key friend, Andrea is the force behind most of my publications and is responsible for any branding associated with my name and work.

We look forward to hearing from you.