Long, hot, and bright summer days. A family reunion on Martha's Vineyard last week with a graveside speech at the family plot in Chilmark eulogizing my sister who died two years ago.

I've been spending most days in the new studio enjoying its solitude and its central air. 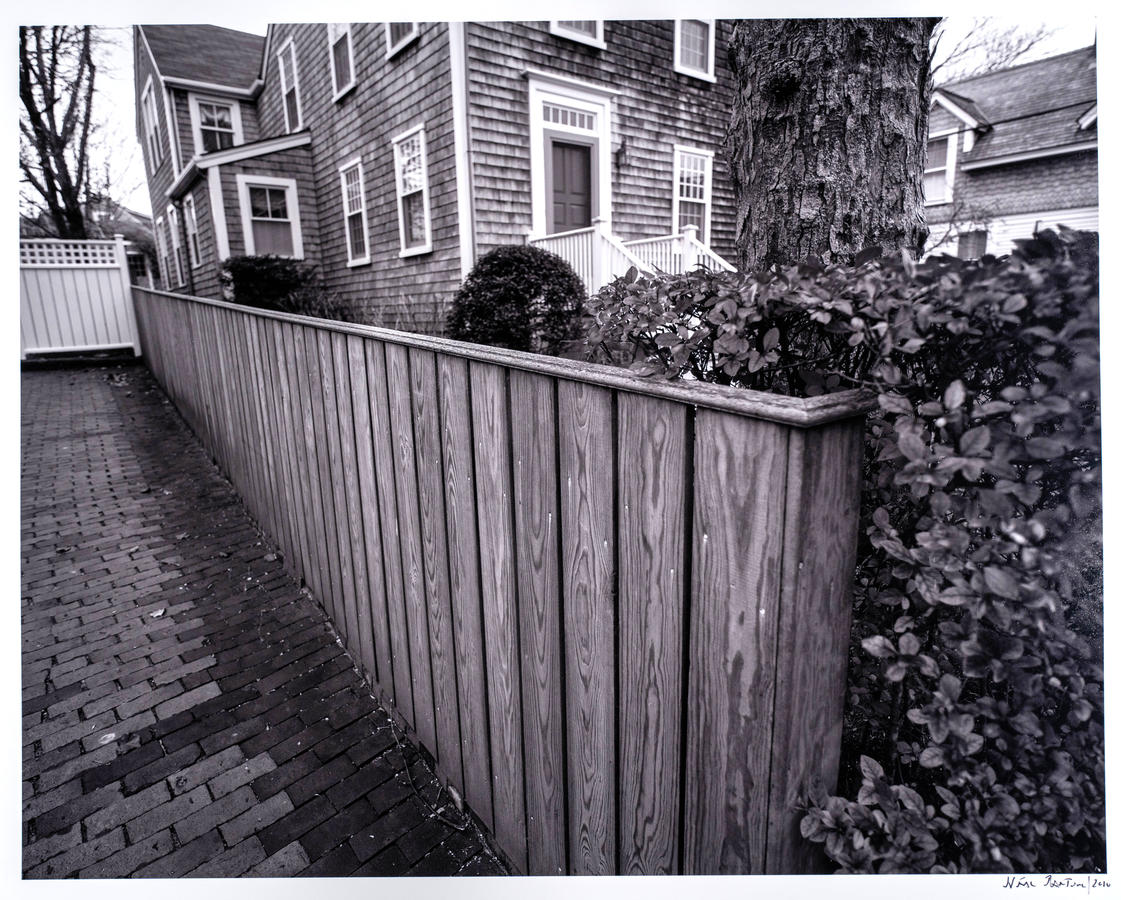 In 2010 I made a set of pictures from Nantucket on a visit to see friends. This way of working-walking, looking, positioning myself, wide lens, black and white, flat gray daylight-an often practiced system well-oiled over the years. 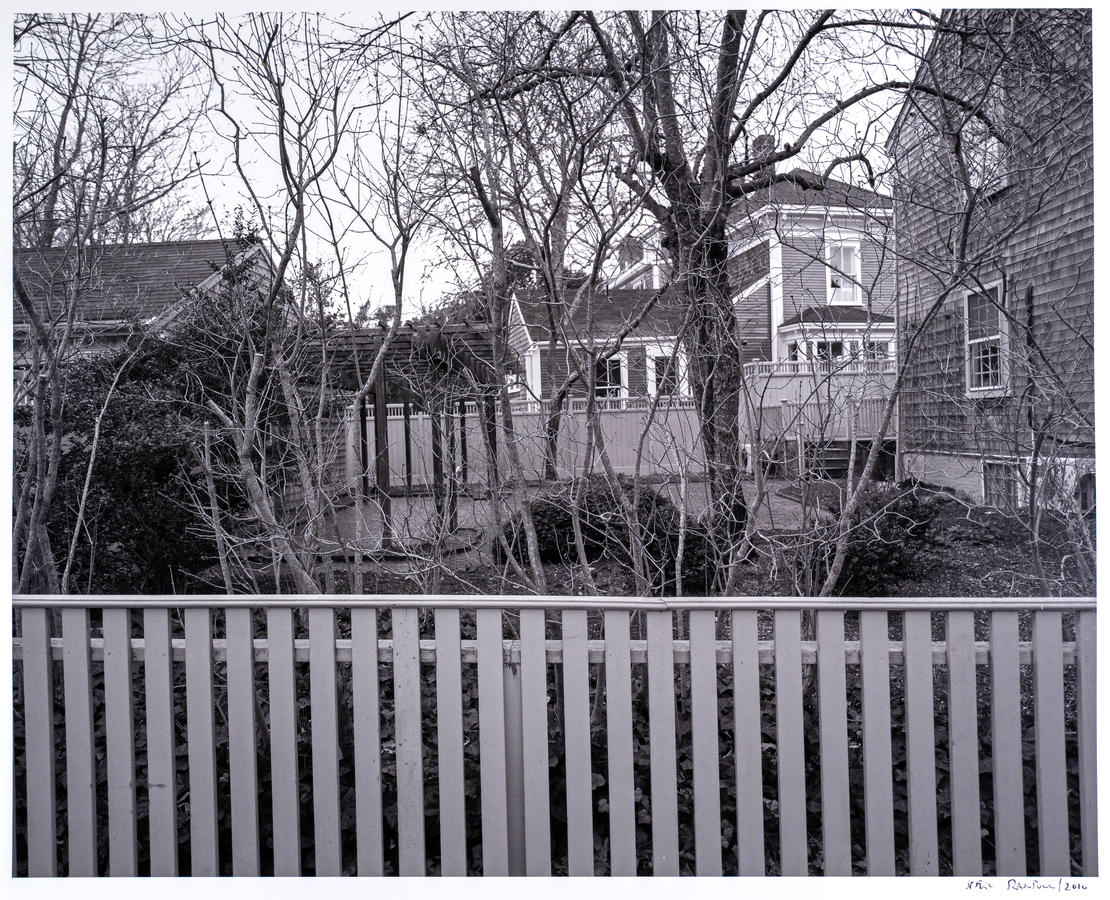 Started really with Fences and Walls 1979 but polished and fully realized with the Nantucket pictures from 1980: 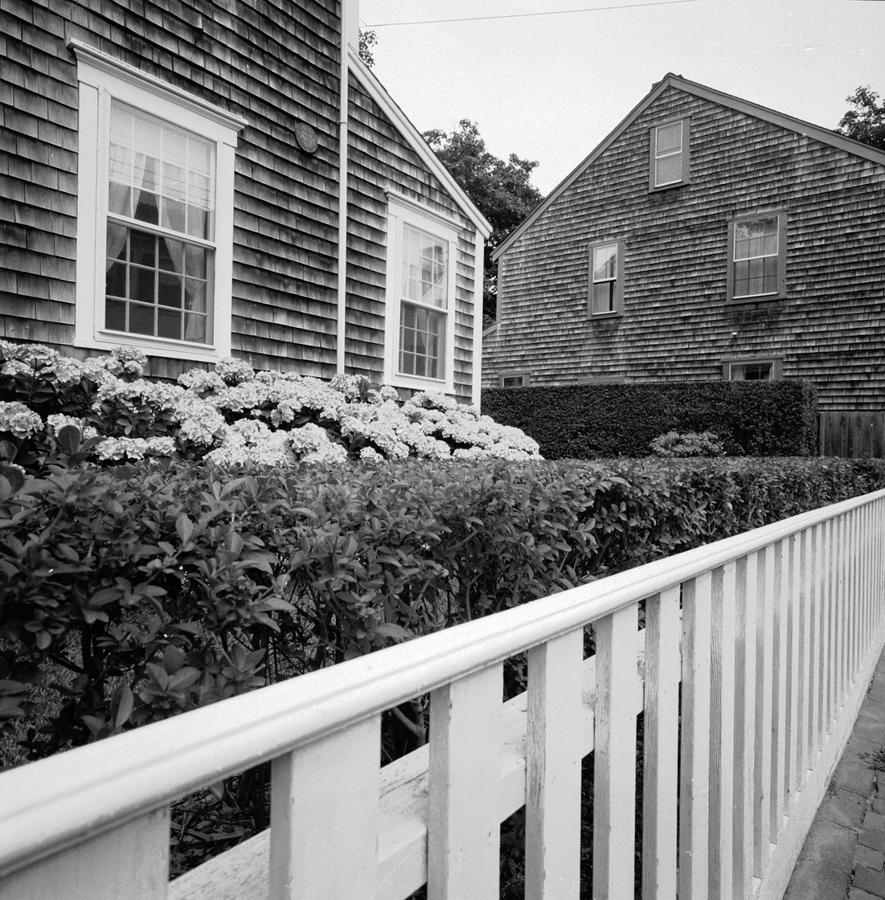 Of course, it makes for an unusual shoot, holding one set of pictures in your mind while shooting the same way in the same place 30 years later.

Clearly, the same but different.

Nantucket 1980: Hasselblad Super Wide. Plus X film and not printed till three months later. My career ahead of me. The next year I would marry and start the tenure track job at Northeastern. These pictures an epiphany, showing a path for a whole lifetime. 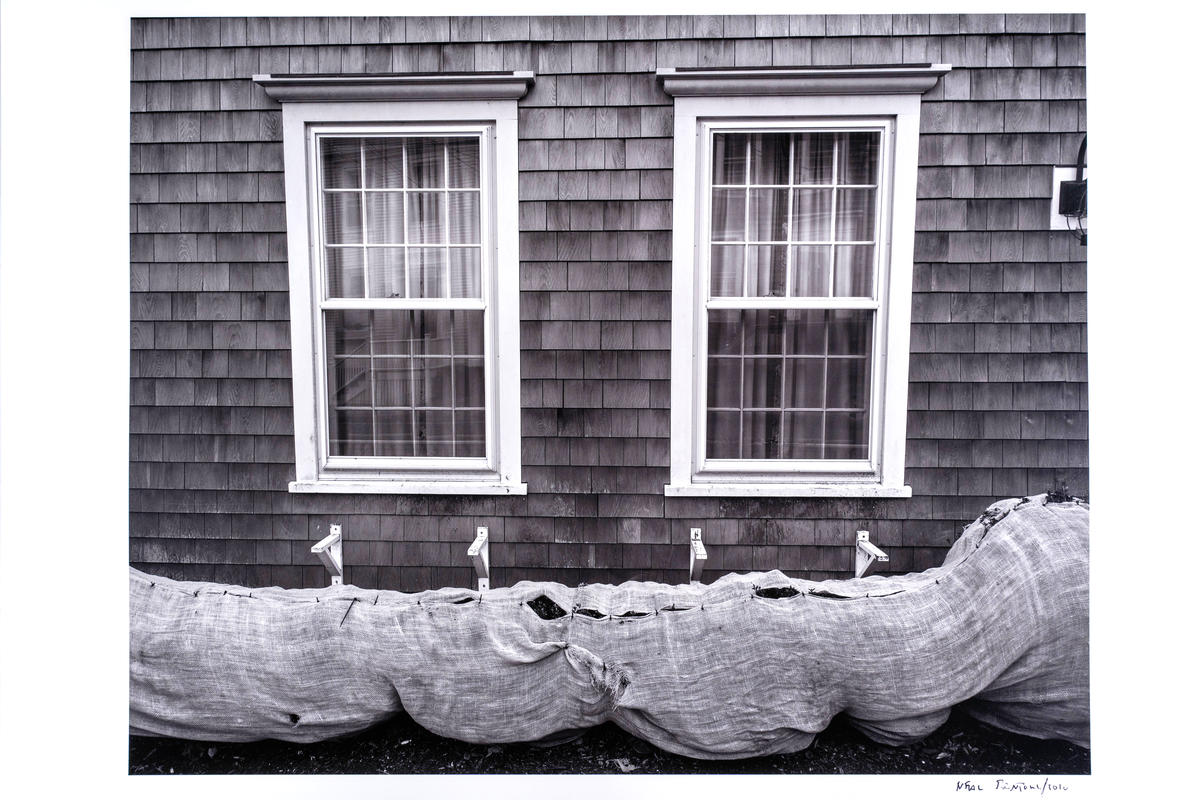 Photography is firmly established in a digital realm.

Apologies for going there but my ex-wife, Micaela Garzoni, died suddenly a few weeks ago, at 66 years old. For a brief time, she was into photography, studying at the New England School of Photography and then getting her Master's degree at MIT. The next year she showed her thesis work at the ICA (Institute for Contemporary Art). My daughter Maru and granddaughter Skye struggling to deal with the loss. Hard to lose a parent. 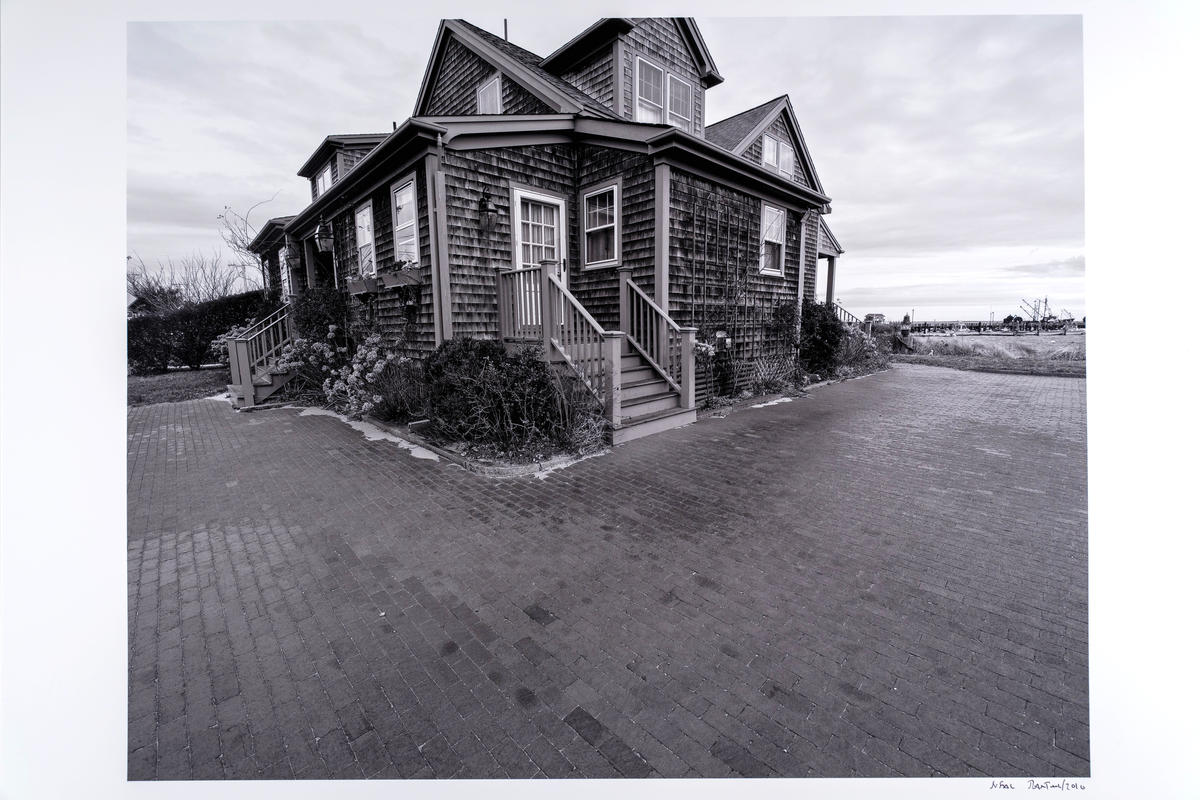 A thirty-year span of time, these Nantucket pictures. A couple of people that are no more. As constant as things can seem, the same year after year, it's a lie for time marches on and we end. Simple enough. A lesson learned? You bet. Do it now. Write it now, make some epic pictures, compose it, paint it, whatever it is that you do,  do it now. And don't keep it in. If it's good, get it out there, make sure others see it and wrestle with it. Tomorrow is no sure thing.

Have I hit a chord? Tell me: nrantoul@comcast.net