This post continues and finishes a discussion about the original Nantucket pictures I made in 1980. The other posts, Nantucket 1, 2, and 3 proceed this one, if you haven't read them yet.

In Part 4 we'll take a look at the ending to the Nantucket series and I'll let you in on a little secret.

We left off in Part 3 with a picture that changed things structurally within the series. Let's see where the 11th picture in the set takes us: 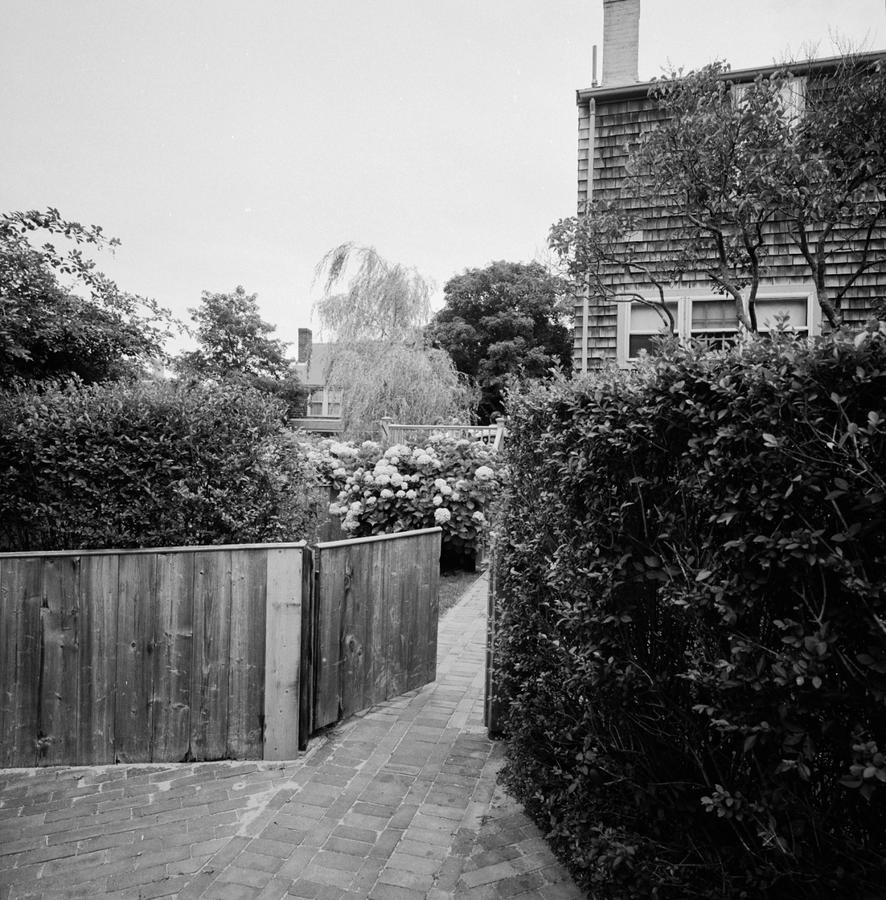 Here, we're back to the previous structure with the fence sitting in the foreground. The only thing different and perhaps anomalous with this one is that, while the gate is open as we've seen in others before it, we aren't shown where it leads. To be honest, this is my least favorite picture in the series and were I to do this over I probably wouldn't include it. However, it does serve as an effective hinge to the next one: 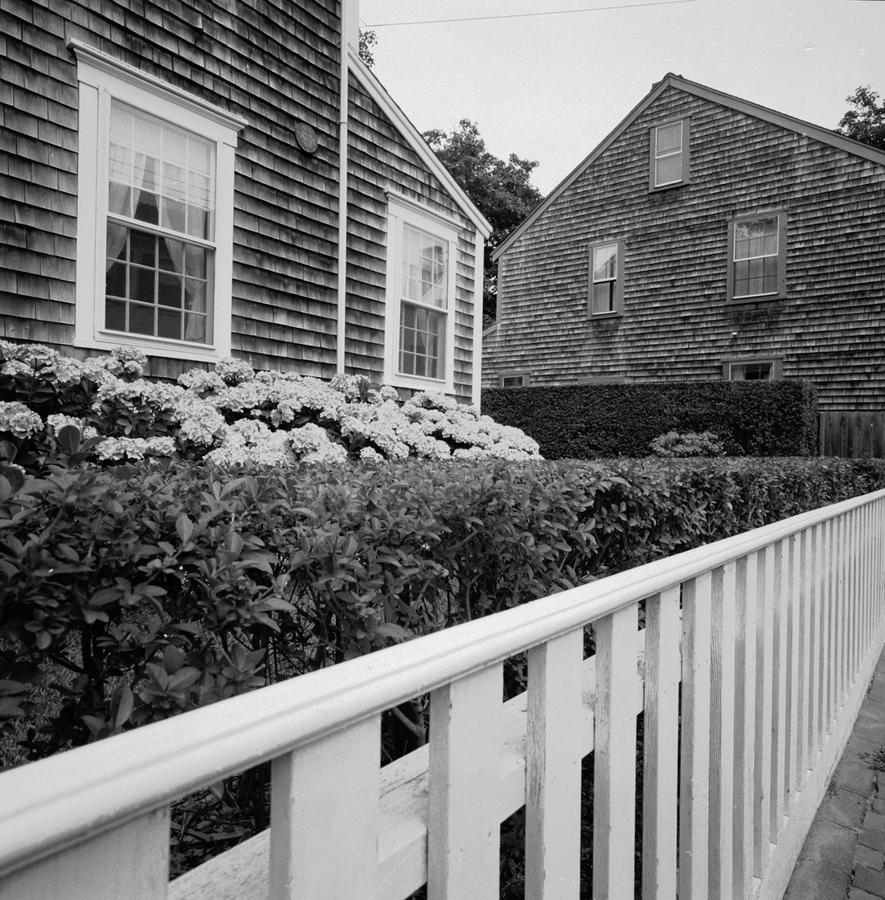 which is mostly about geometry, in which I did poorly in school. Maybe this redeems that a little. Triangles and geometric shapes everywhere, even in the sky if you look at the two spaces cut by the roofs. This was fun to make and is still enjoyable to look at. 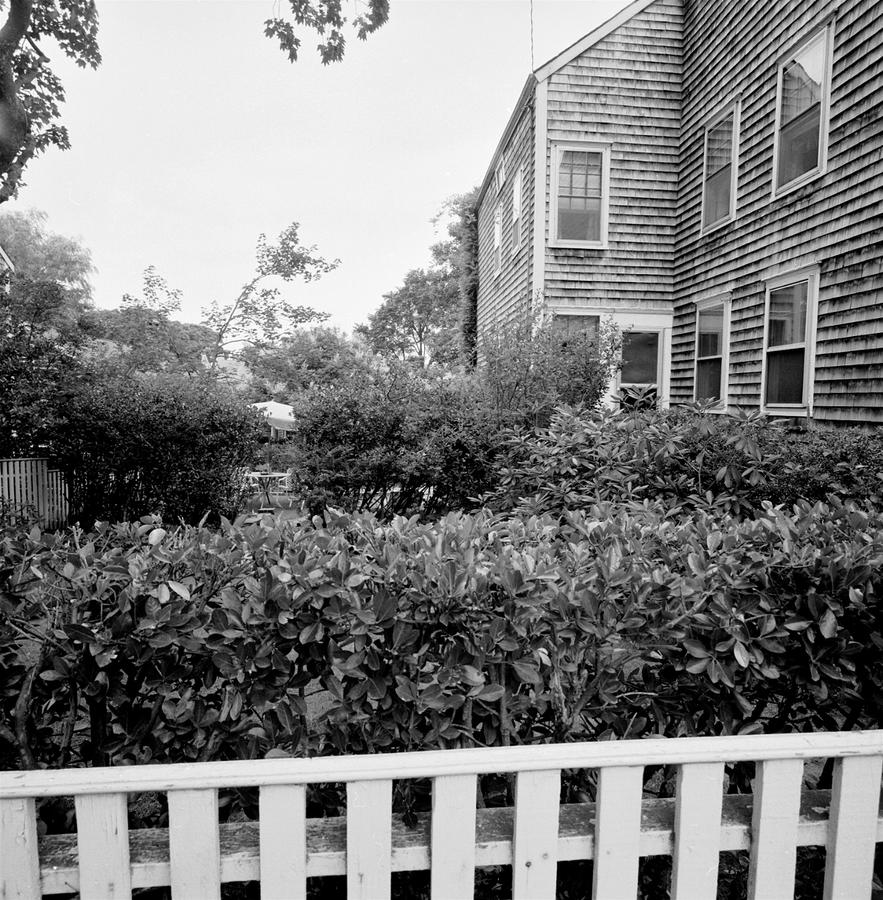 Here, we're back into barriers and yet with a make up that is far more open than in earlier pictures in the group. Point down with a wide lens and verticals will bow out as you can see on the side of the house on the right. This makes the picture look a little like being made from inside a fishbowl. 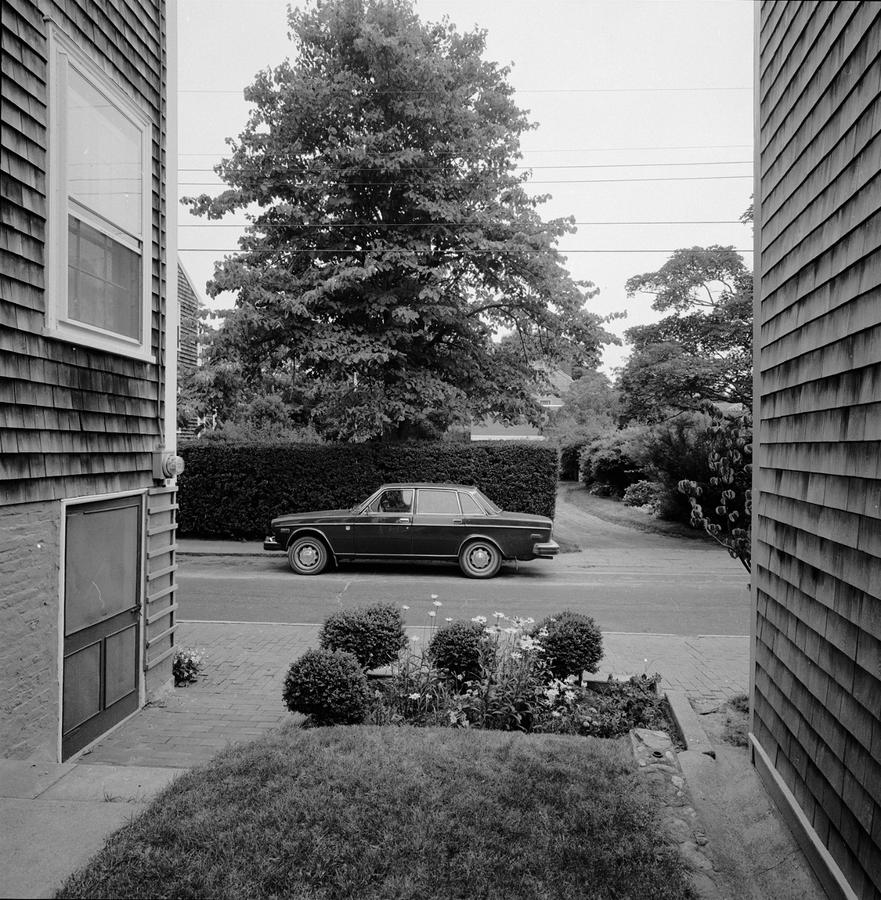 This one's another structure changer, stopping the alley I've set up with a street and a Volvo sitting squarely in the way, almost impeding progress completely. The only way out is the driveway to the right, that really isn't very promising as it looks to stop you behind the bush. I often get questions in lectures as to why I include cars in my pictures. Because they provide scale. We all know how large a car is. 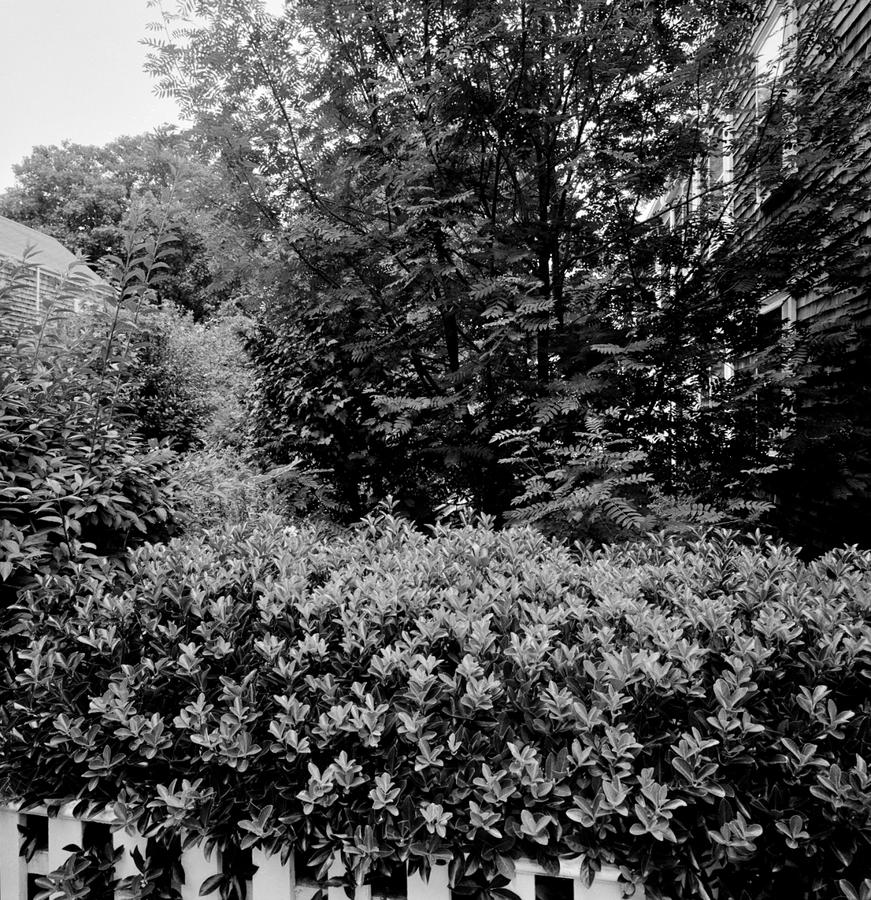 Here we are, closing the series out with a picture that is practically fully closed in, that almost obscures everything. Is this some sort of statement about mankind and how, when we are gone, the natural world will reclaim its prominence?

Or is it about disallowing the structure that constrained the previous pictures and defined them as well?

Or does this picture refute the ones that came before it?

Why won't I say what this is, this picture? Because it isn't for me to tell you what it is is, it is for you to tell to decide.

Finally, and in the nature of full disclosure, in the printed series the last picture is this, here poorly reproduced as I have no scan of the negative: 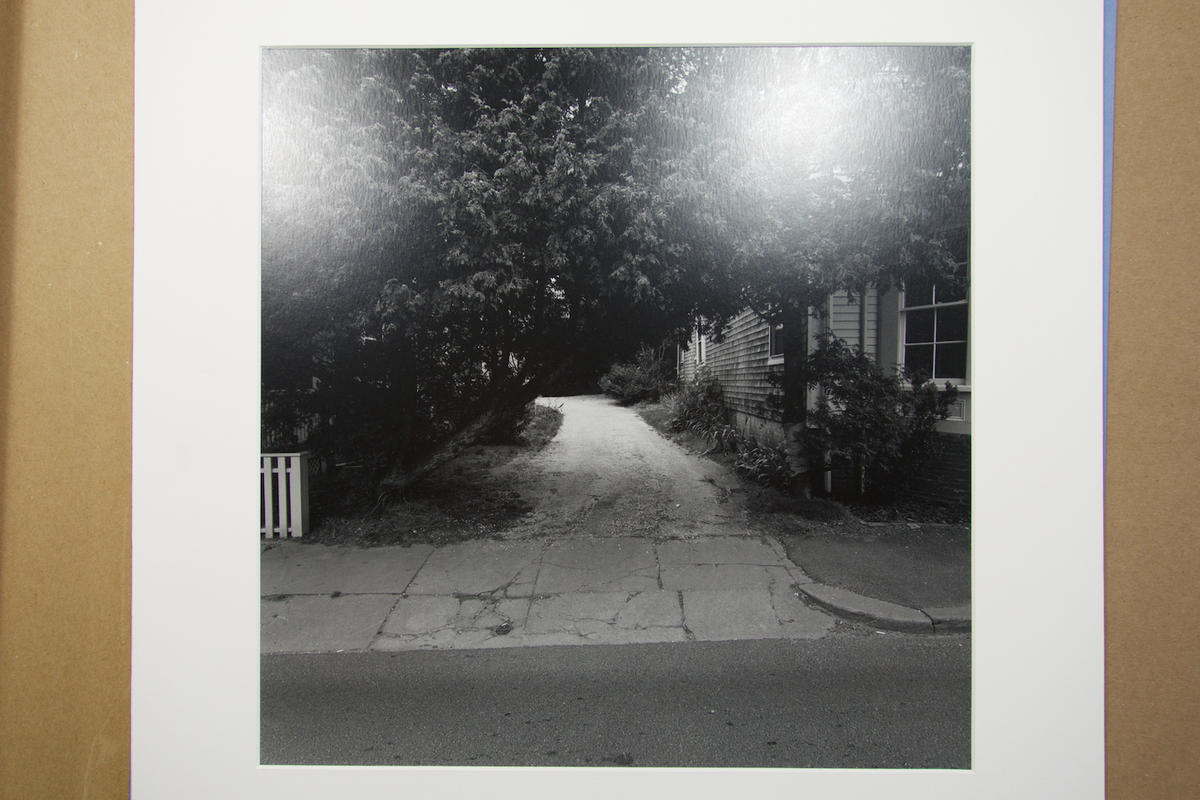 (The two light areas are reflections from the bulbs used to make the slide, not in the print)

The print shows us a street, dark foliage above a driveway pulling back and getting lighter as it reaches the background, indicating some open sky back there. A dark foreboding image but with perhaps a ray of hope? That was my intention.

Over the years, as the series has been shown from time to time I have included this last image probably more times than not, although when I made the Nantucket pictures the last in the series was the one before this one, the one with the growth taking over. Why? I can't exactly say, except that one seemed more dire than the other.

When I printed the series for the first time I was very excited, as I'd made pictures in a fundamentally new way for me and felt I'd made a breakthrough. In showing them to a close colleague at Harvard, she said that they were very depressing. I liked that as she got their weight and maybe their depth. But to end with a picture that didn't allow you out, to not permit escape from these pictures' weight seemed too much at times so I would include the last one with the driveway to indicate at least a possibility of a positive outcome. I always thought of this series as having different endings as in a film where the director has shot different endings for different audiences or markets. The movie Blade Runner was like that. The director, Ridley Scott, shot different versions of the ending.

This finishes my look at the first series I made. I hope you have enjoyed it. As  always, you may contribute to the conversation by emailing me: