Hang two prints on a wall next to each other and right way something is going on. You ask us as viewers to compare one to the other. Stand behind someone doing this and you see their head going back and forth, left to right, forming opinions about darker verses lighter, contrastier verses flatter, closed verses open, receding verses projecting toward us, peaceful verses conflicted, muted verses saturated, on and on. 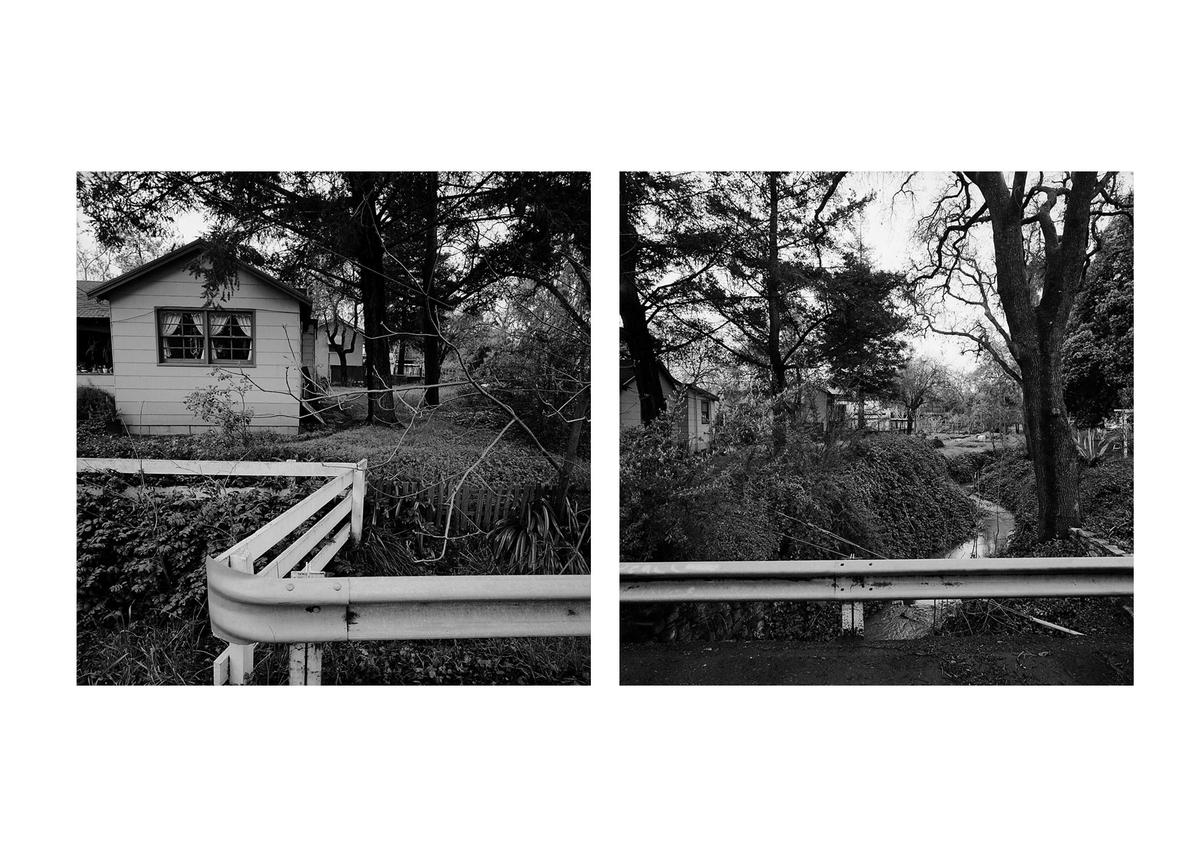 Same example except now make it three photographs hung on a wall next to each other. OMG! Much more complicated but the general tendency is for us as viewers  is to build a story line, to begin a narrative flow, for we now have a small group so we can go "beginning, middle and end". Our questions might be "Are we into something that is three photographs hung on a wall by the same artist?  Are the three connected to each other in content or intent?" And a big one, "what was the artist's idea, what was he/she trying to say here?" Three has a beautiful symmetry, a lovely pace where we can start, then state with a substantial point and then conclude. Tyrptych, trilogy, the "father, the son and the holy ghost". I think religion was on to something.

Another way to answer these questions is to refer to someone who's an expert at making series photographs since 1980: me.

How could a career artist in his 70s' who's been seriously committed as a photographer since 1973 sill be interested in this way of making pictures? To put a picture next to a picture that is next to a picture and so on for at times as many as 35 pictures? Because it all gets incredibly complicated, that's why. Imagine the challenge of making a series that is more than three. Starting out like in a symphony, stating the primary themes and points to come, leading into the main content, explicating, pointing, hinting then affirming later a few photographs down the line, coming across real problems, working to solve and then solving same problems, coming into angst (thinking Mahler here ), strife, anguish, bliss, and then to the lead up to something climactic, the climax itself, and then to finish, to conclude, up or down, major or minor, success or failure, peace or not. Okay, now try to do that with actual content sitting in front of your camera. A barn, a field, a place, an area, a day, someone, a flight, a walk through or down a path. Incredibly hard. Of course that's why I like it. Single still photographs after 50 years of being obsessed with photography? Sure, still do them and still like doing them.  But series work, now that's a challenge.

Want more or at least, verification? Go here (note some of these go on for several posts)

and the most complicated of all, the three series three chapter symphony-in-concept small book called Trees, Sand and Snow:

and here for sale:

Next up? I almost never know.

Shot in early spring, 2006 and represented by a slightly smaller edited set in the one person show I had at Panopticon Gallery in Walthan, MA the following fall.

The prints are archival infkjet prints and @ 10 inches square.

I made Yountville, CA in 1982, less than a year after I made the Nantucket series. This was still a new way for me to work, connecting pictures to pictures, and I was very excited to have found a system that would that would allow me to make bodies of work, rather than unconnected single pictures. Read more

Marc Meyer? Yes. Never heard of him? That's all right. You will know his work soon. I am going to show this young photographer's work for this post as I am struck by the strength of these pictures. I hope you'll let me know what you think. Read more

Poucha Pond runs to the right of the infamous Dike Bridge on the small island of Chappaquiddick off of Martha's Vineyard in Massachusetts. The bridge was where Senator Ted Kennedy's Oldsmobile 88 flipped over on its roof into the water at night in July 1969. Kennedy was driving and survived the accident, Mary Jo Kopechne did not. Read more