After what seemed like an endless winter that included a sinus infection that lasted forever and three Three Amigos supper parties at the studio that were absolutely wonderful but also a lot of work, several new locally sourced series of photographs, including the big one called Shrink Wrapped, and various other things that kept me local I am back on the road again on a short six day road trip to Pittsburgh and Baltimore. Why those? I could get to them in a day or so, didn't know them and they were a little south and inland, meaning it would be warmer and greener this first week of April.

I am having a blast, although looking out my hotel window in downtown Pittsburgh just now it is raining.

My first leg was to drive all day Monday so as to arrive Tuesday morning at Falling Water, Frank Lloyd Wright's 20th century masterpiece of modern architecture, for a two hour tour. This was wonderful, informative, thorough and allowed photographing. Rain's got to be a player this time of year and, in fact, my Falling Water day it was raining the whole time, which only made it better. 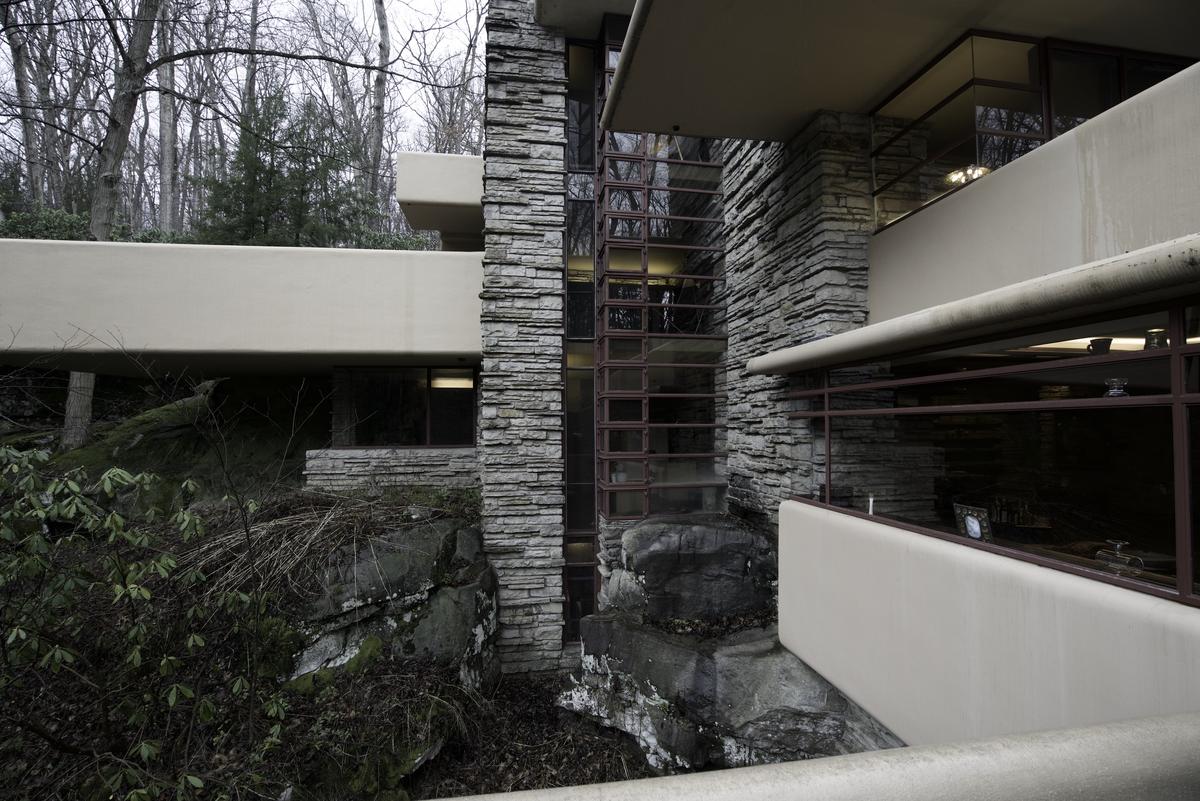 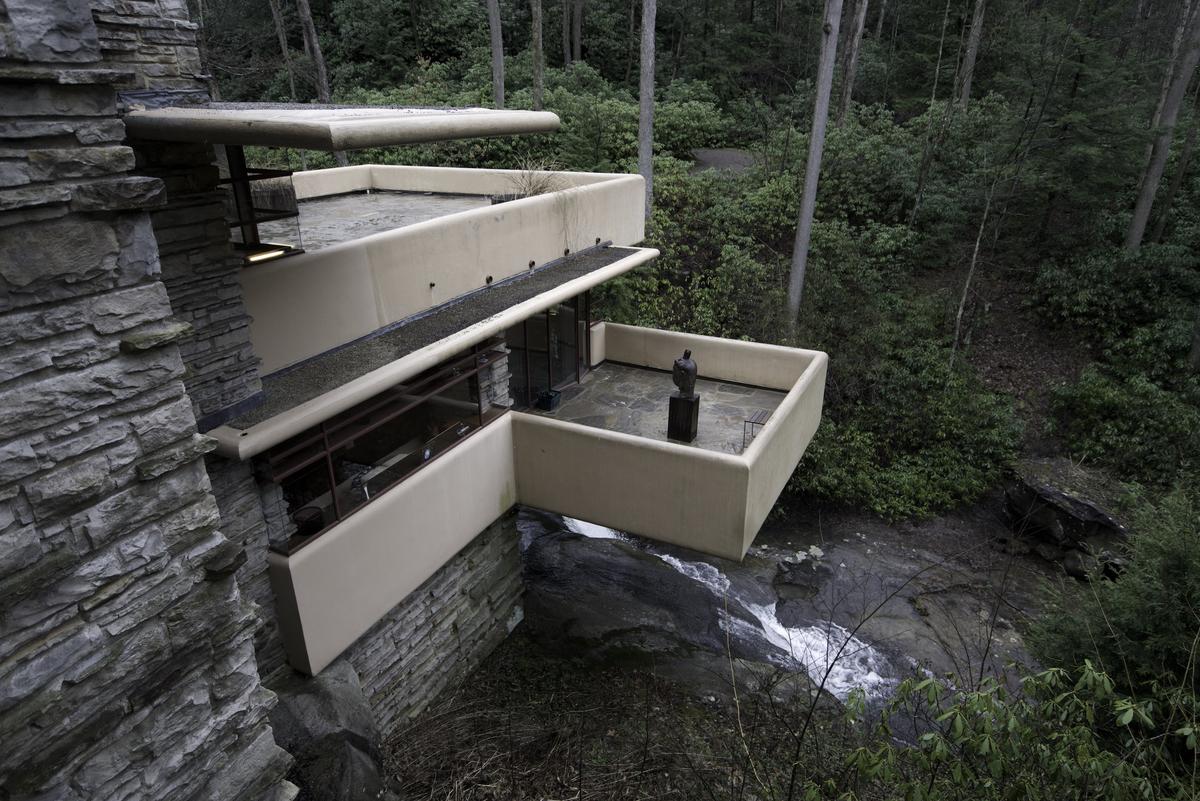 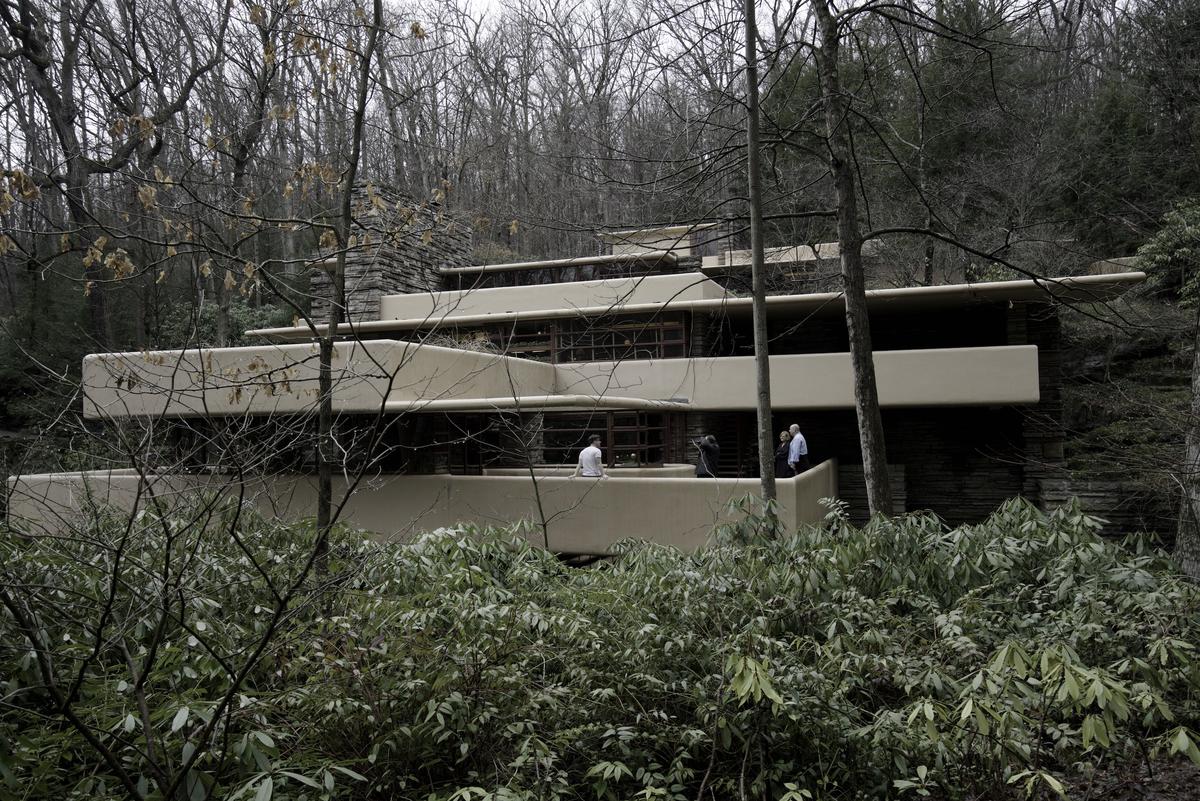 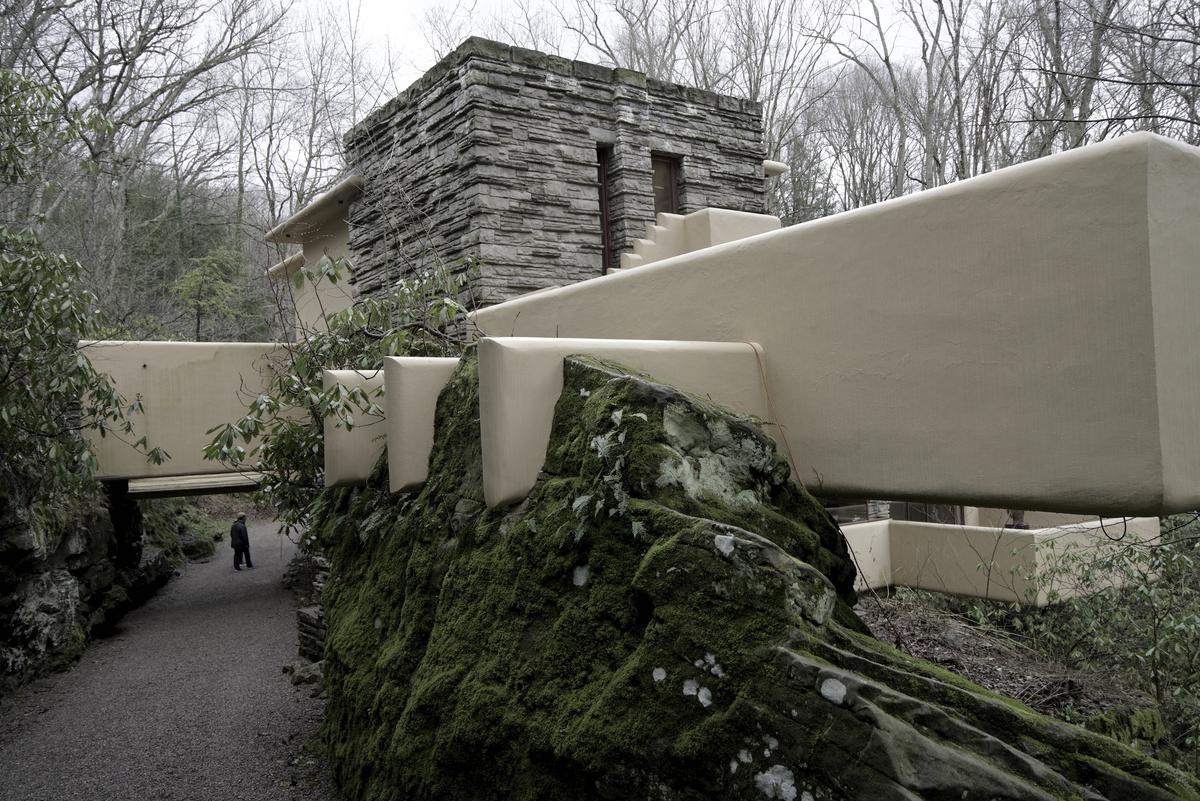 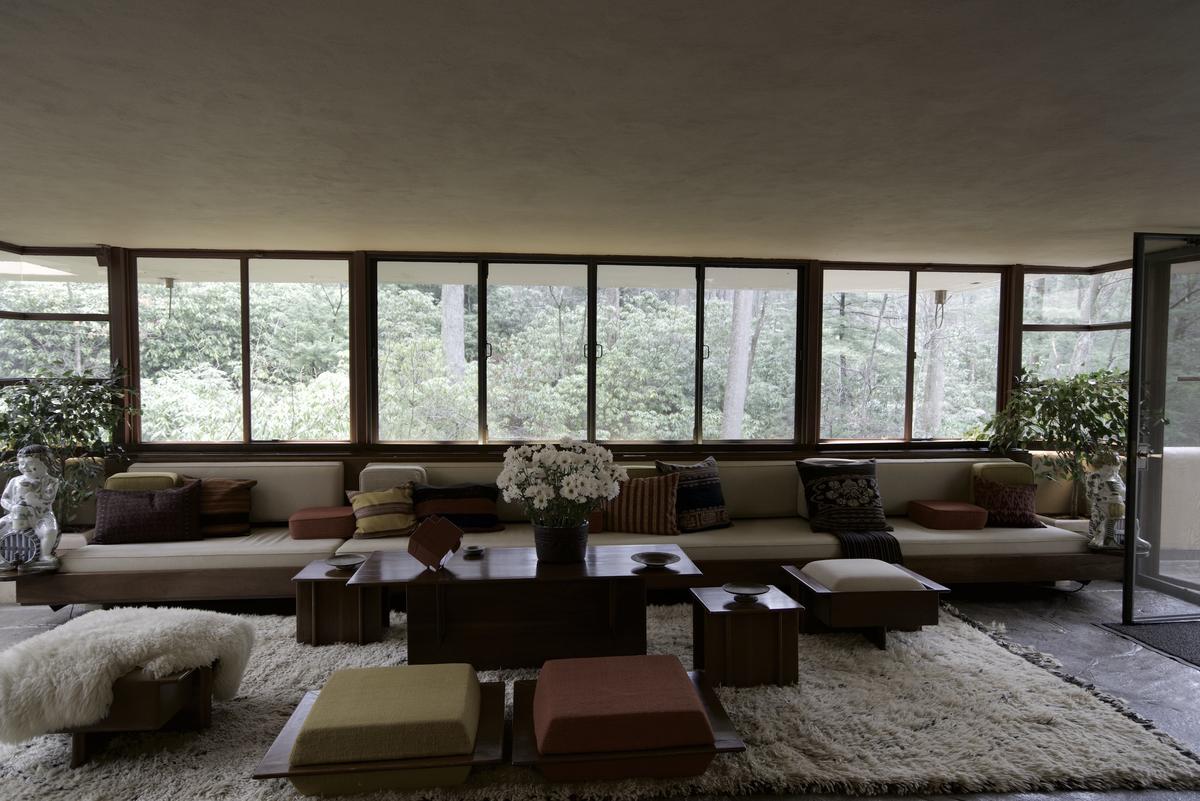 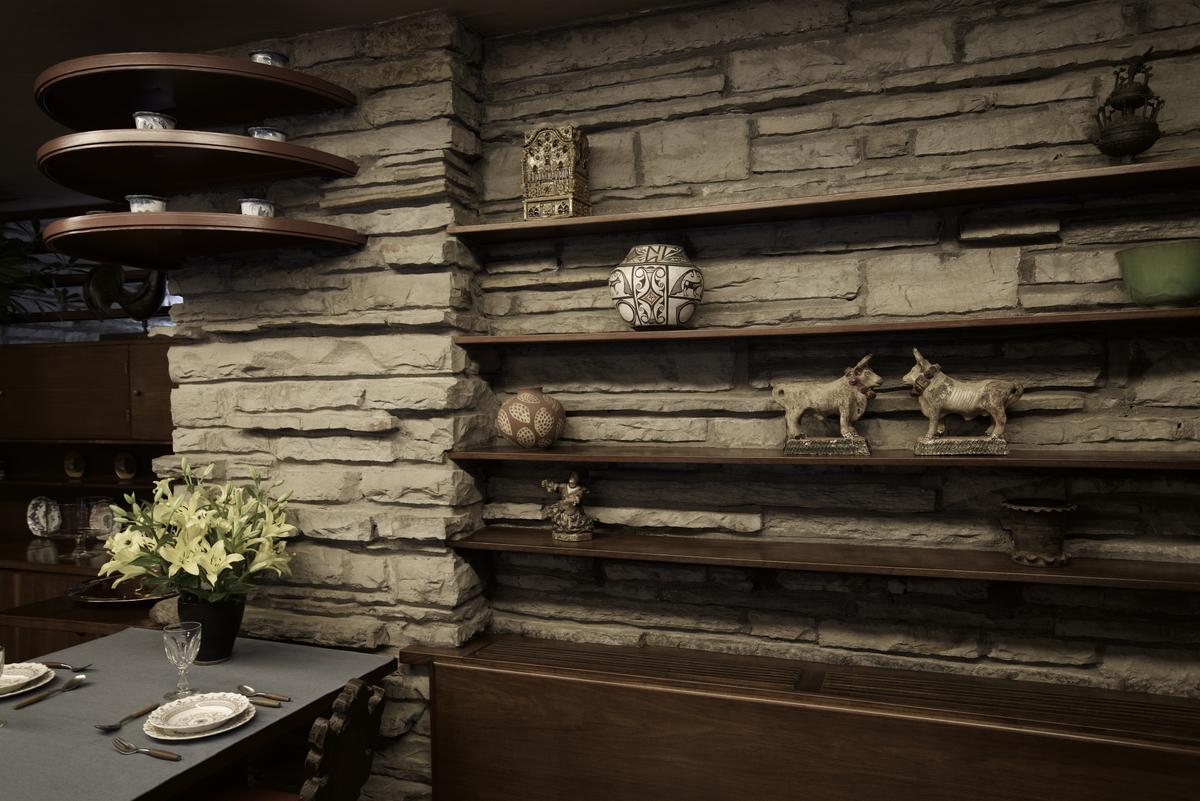 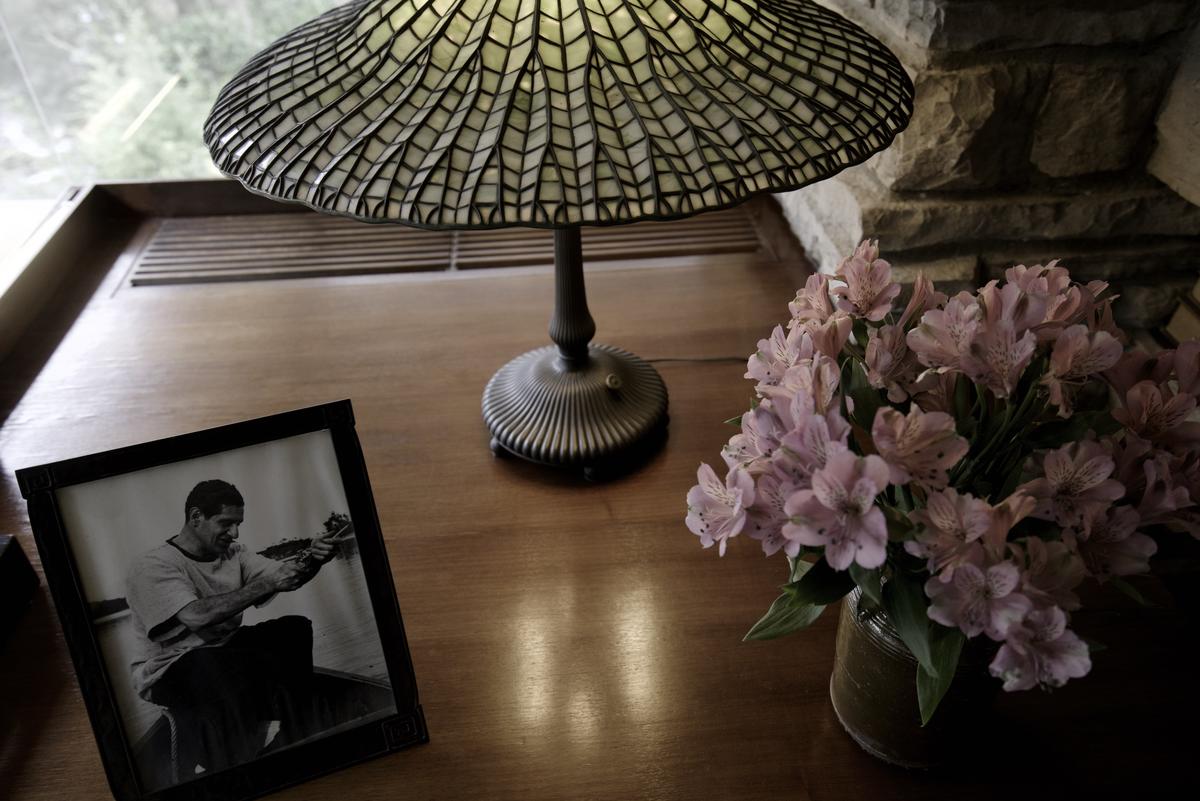 The picture on the left is of Mr. Kaufman senior, the original owner of the house.

I'd seen the house in the late 70's before the new welcoming center was built and the sagging end hanging out over the stream was reconstructed in 2003 with high tension cables imbedded below the living room floor. I learned on this trip that the house is now seen by 181,000 visitors a year!

What a way to kick off spring. Highly recommended but get your reservations in as this is a very popular spot. If you need to get to the area the night before as the long tours are at 8:30 a.m. know that there isn't much of anyplace to stay at nearby. I spent the night before going in Donegal, about 30 minutes away in an undistinguished but adequate Days Inn.

Next, after two nights in Pittsburgh with some sun I am driving to Baltimore today in the rain.