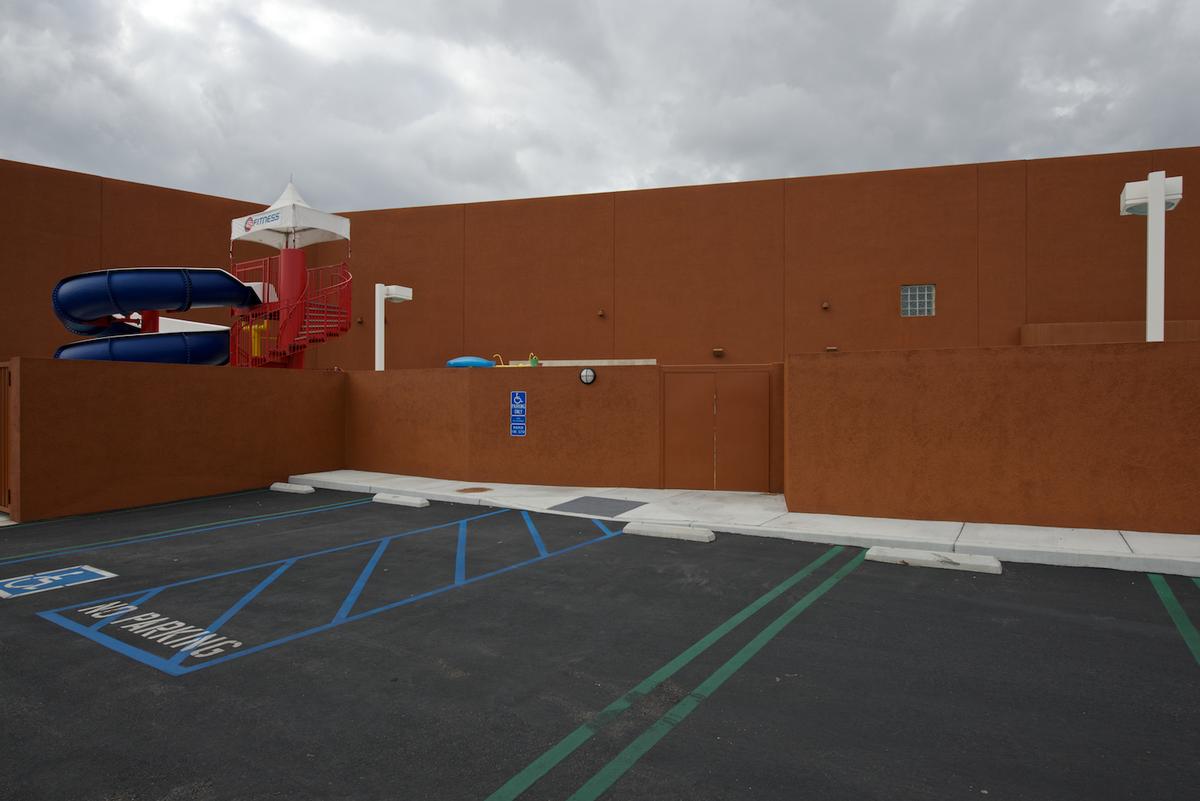 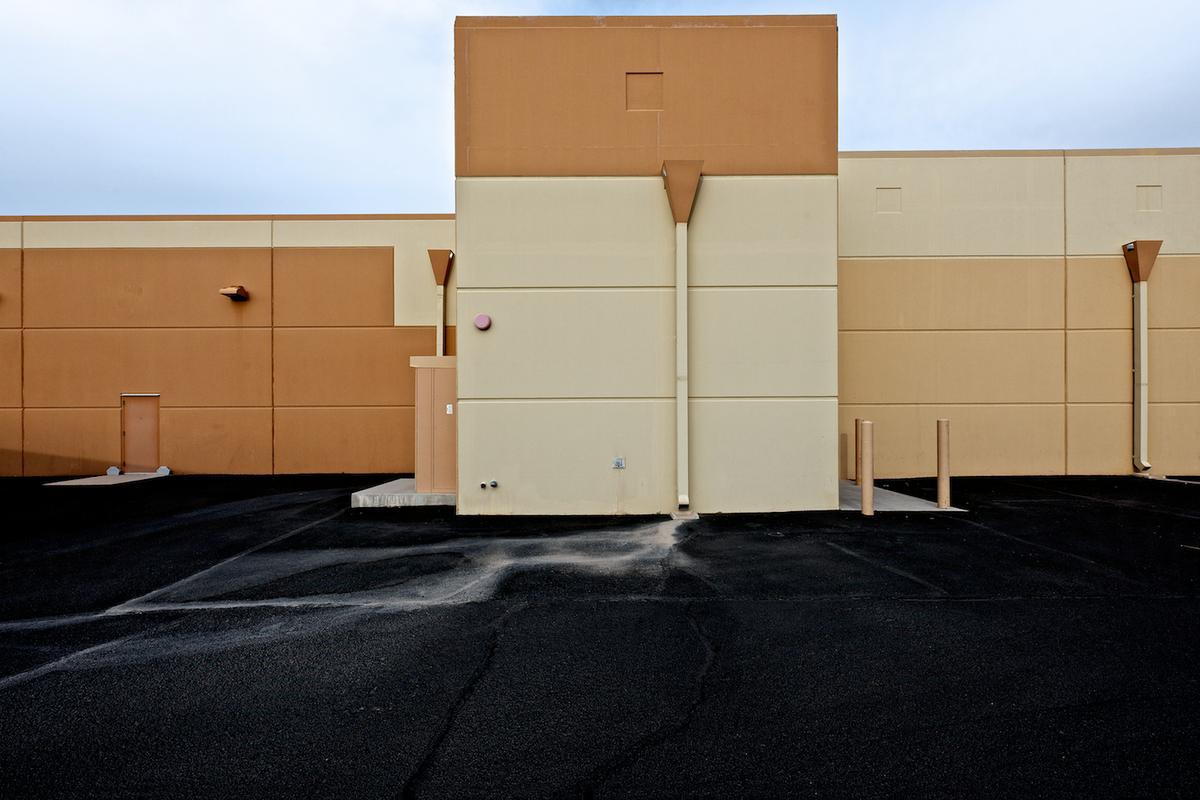 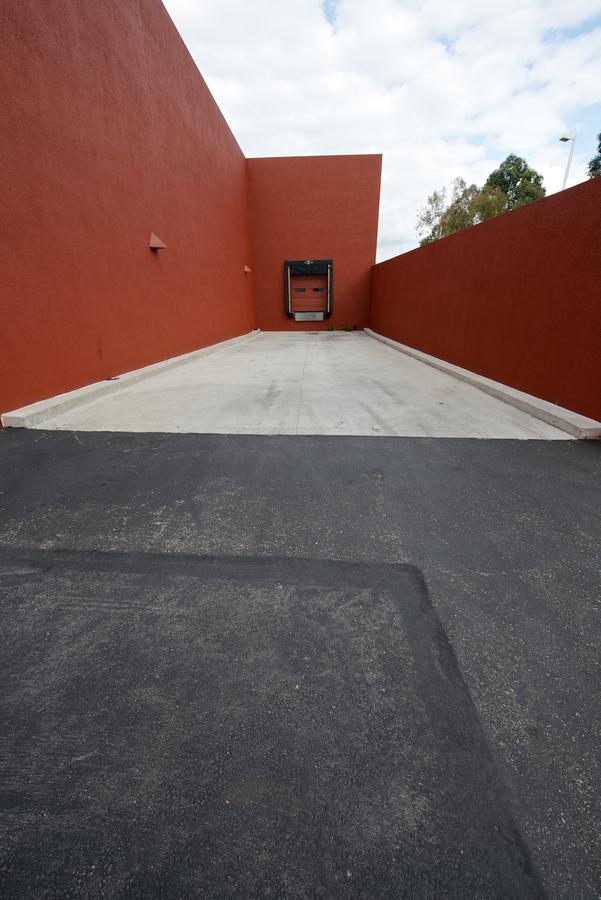 Why am I photographing these?  Because the form and volume of these spaces is at its most crucial here. This is the "supply side" of these structures. Very often there is an access road behind the malls for trucks to bring in the goods for the stores. These are no frills spaces, no facades or ornaments, all business. 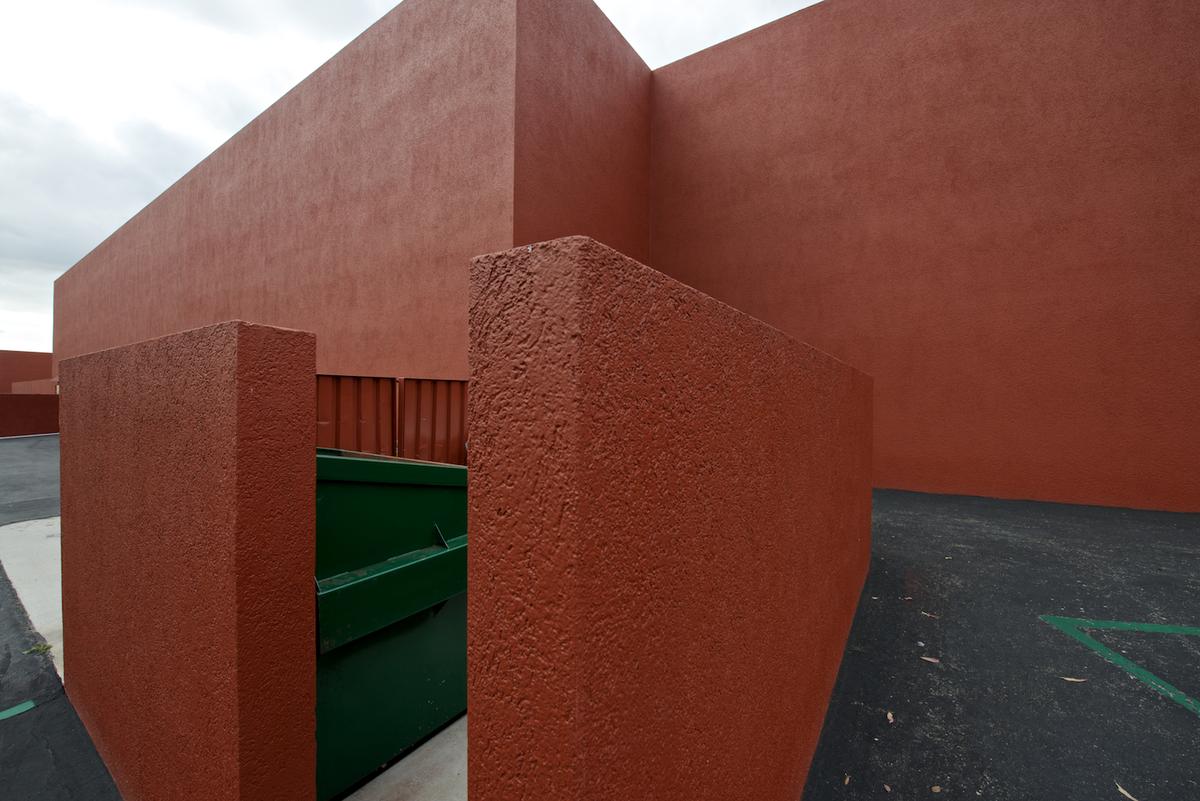 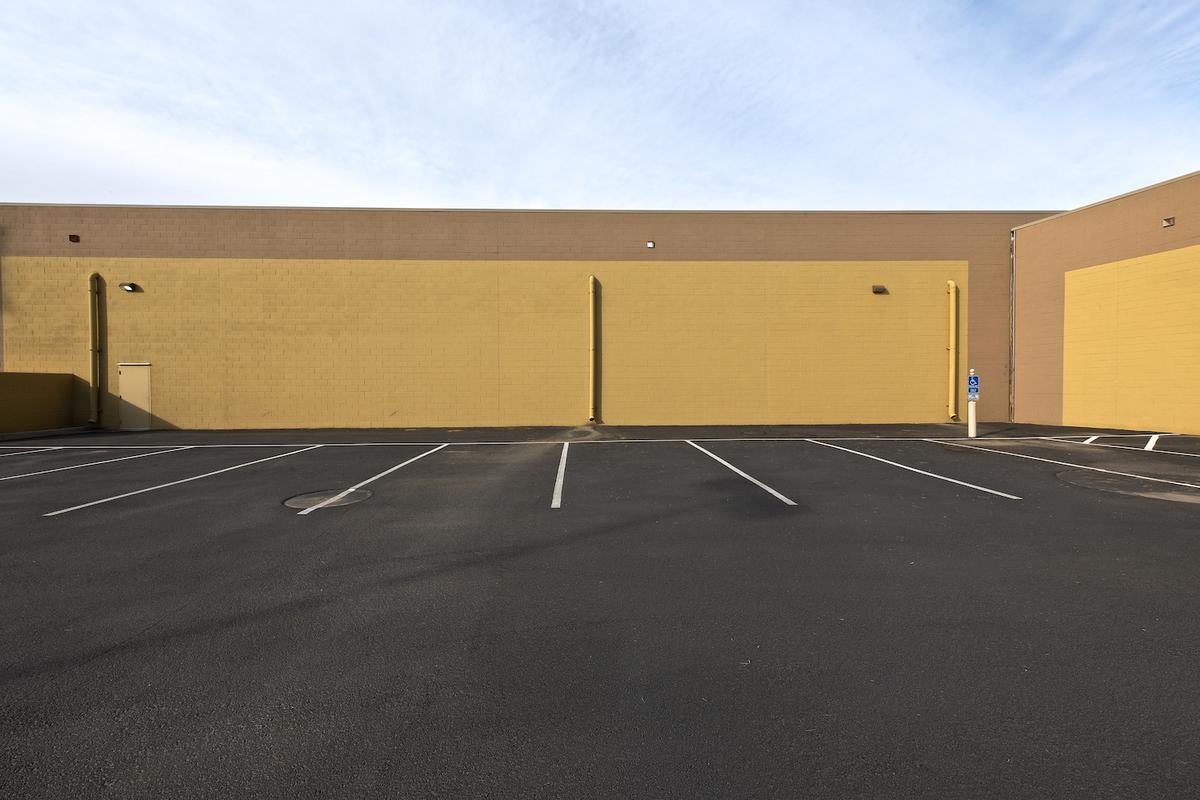 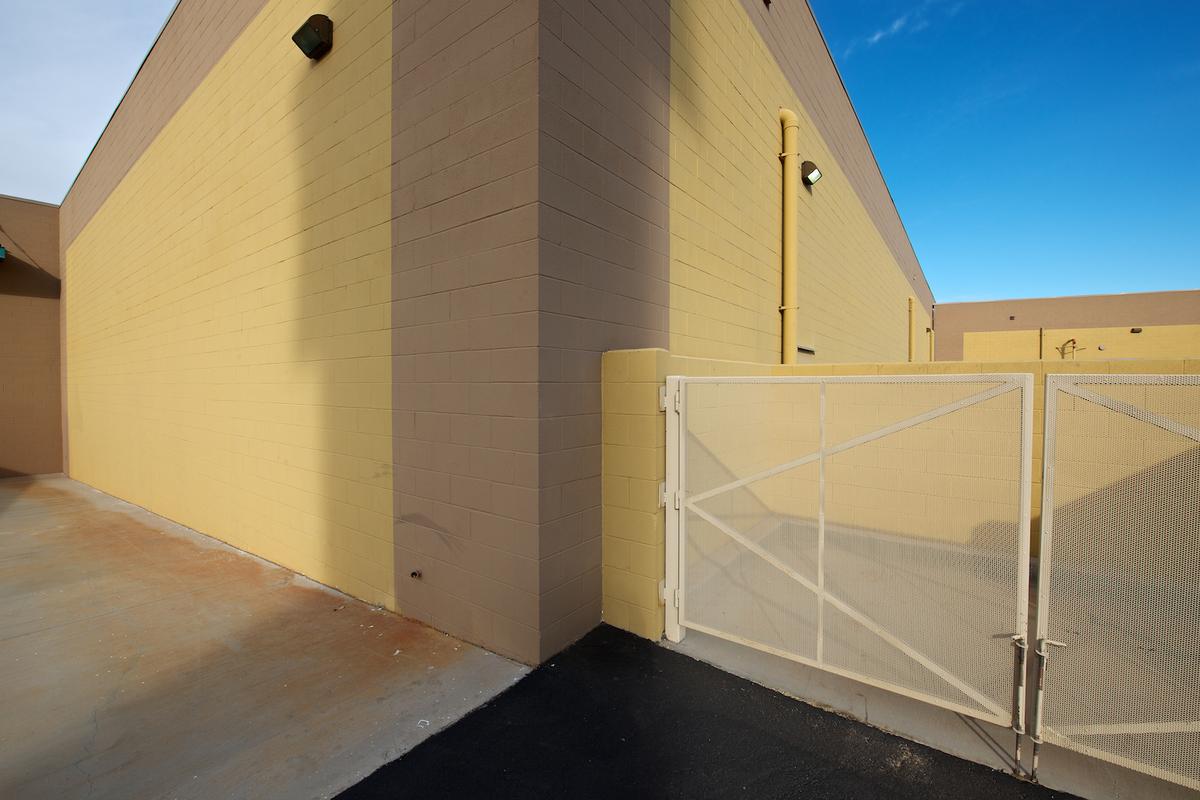 Me too. My approach here is to force the issue, to display the form and the weight of the buildings. To pare down what you see to something essential. Many of these also place importance upon the negative space. Take a look at what happens to the sky, for instance: spacial and open or sometimes like a surface? 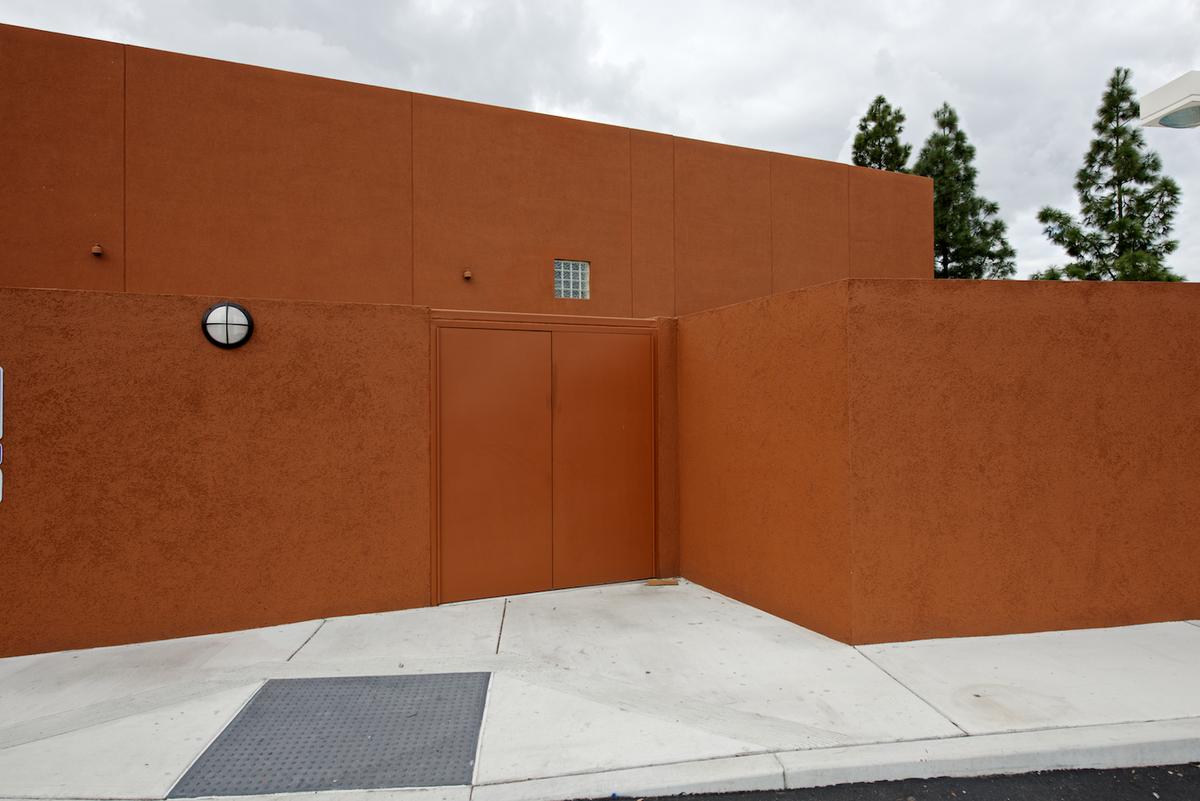 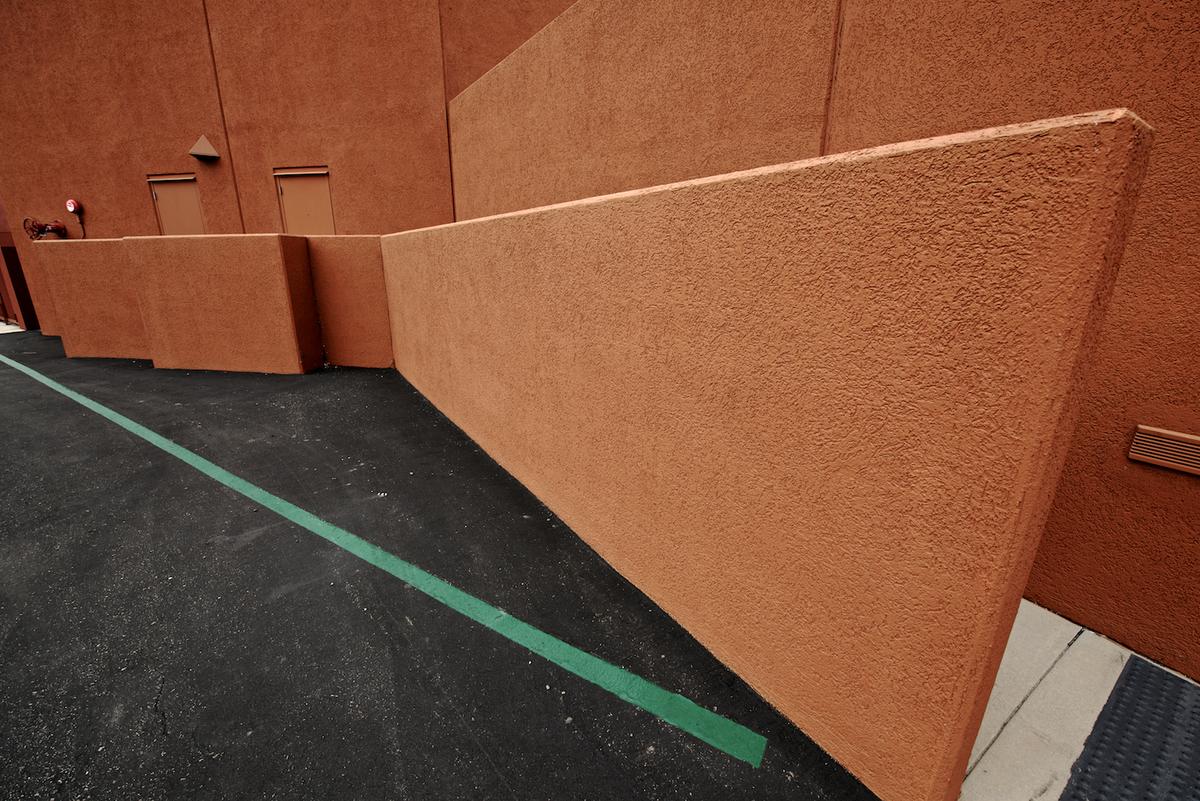 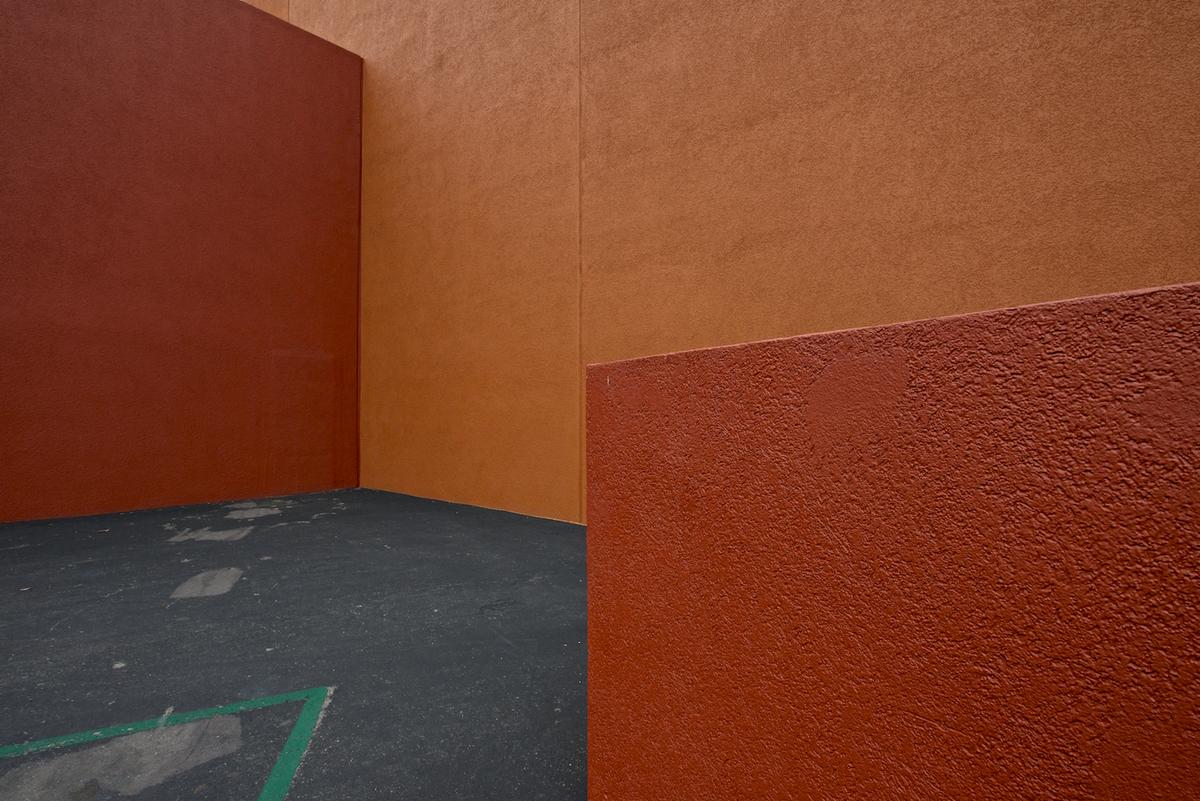 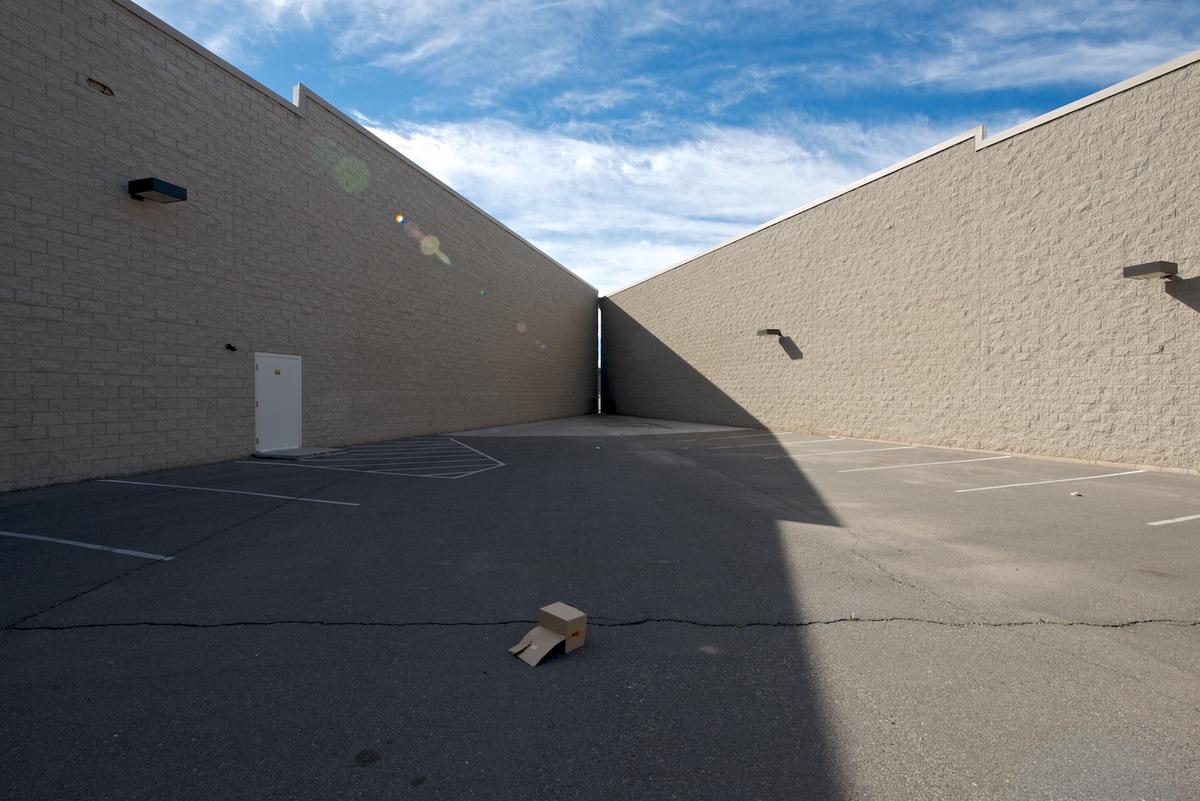 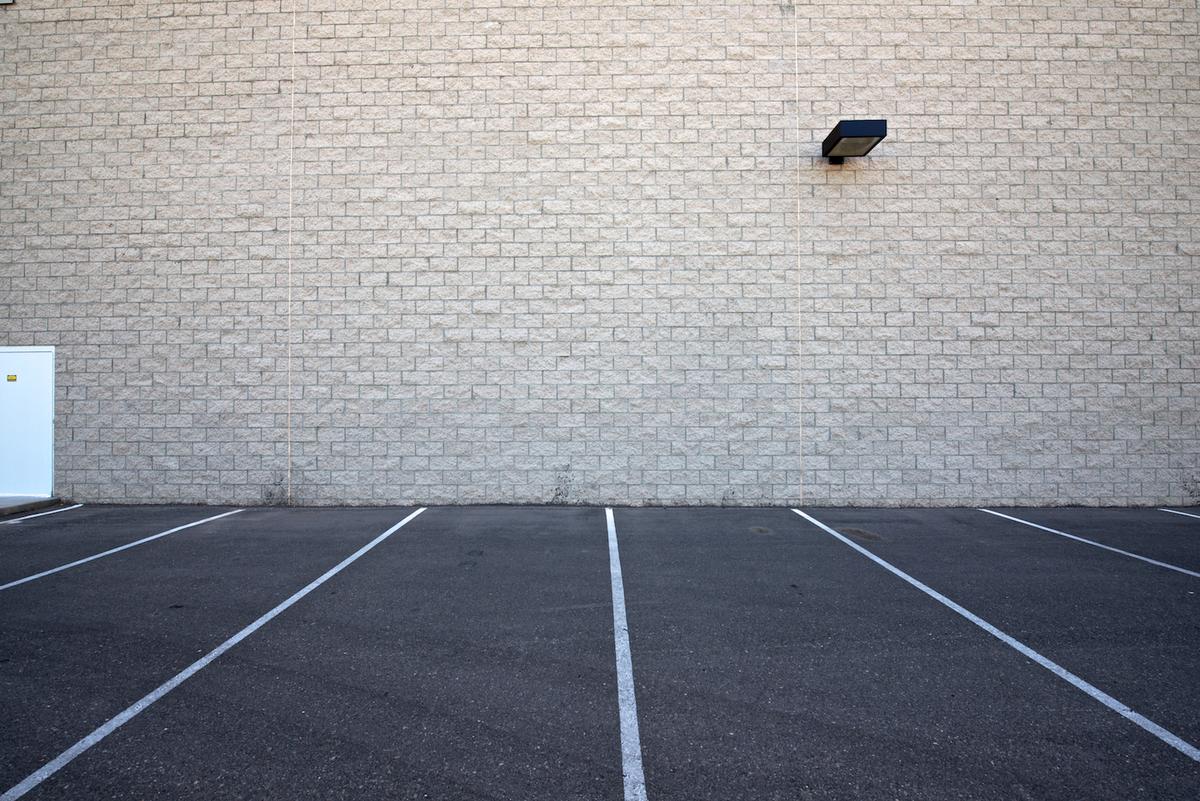 Why would I care about these as pictures? Because if you've been photographing as long as I have,  photographs that might describe a subject in a conventional manner hold little interest for me. 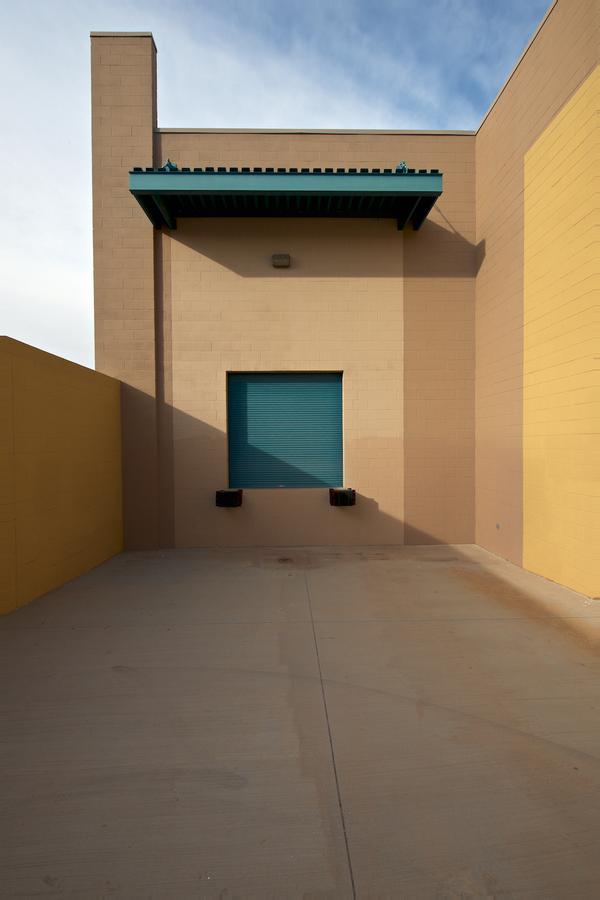 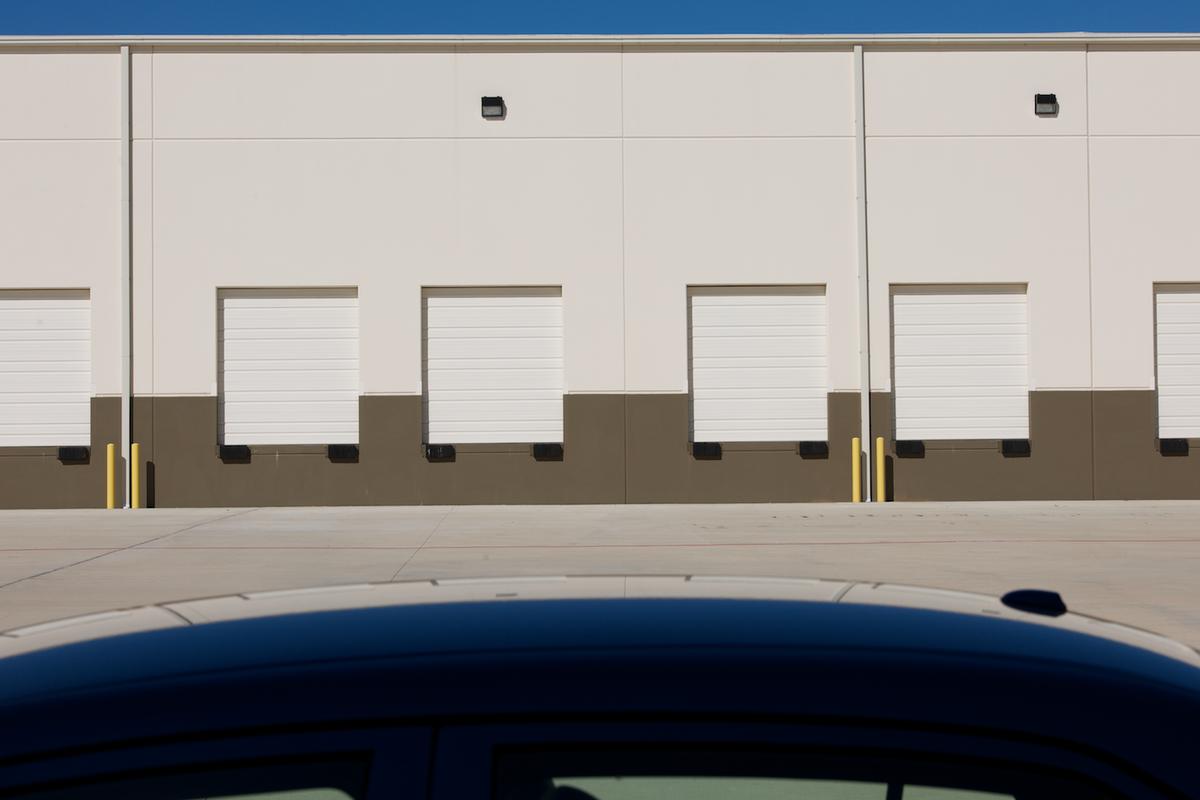 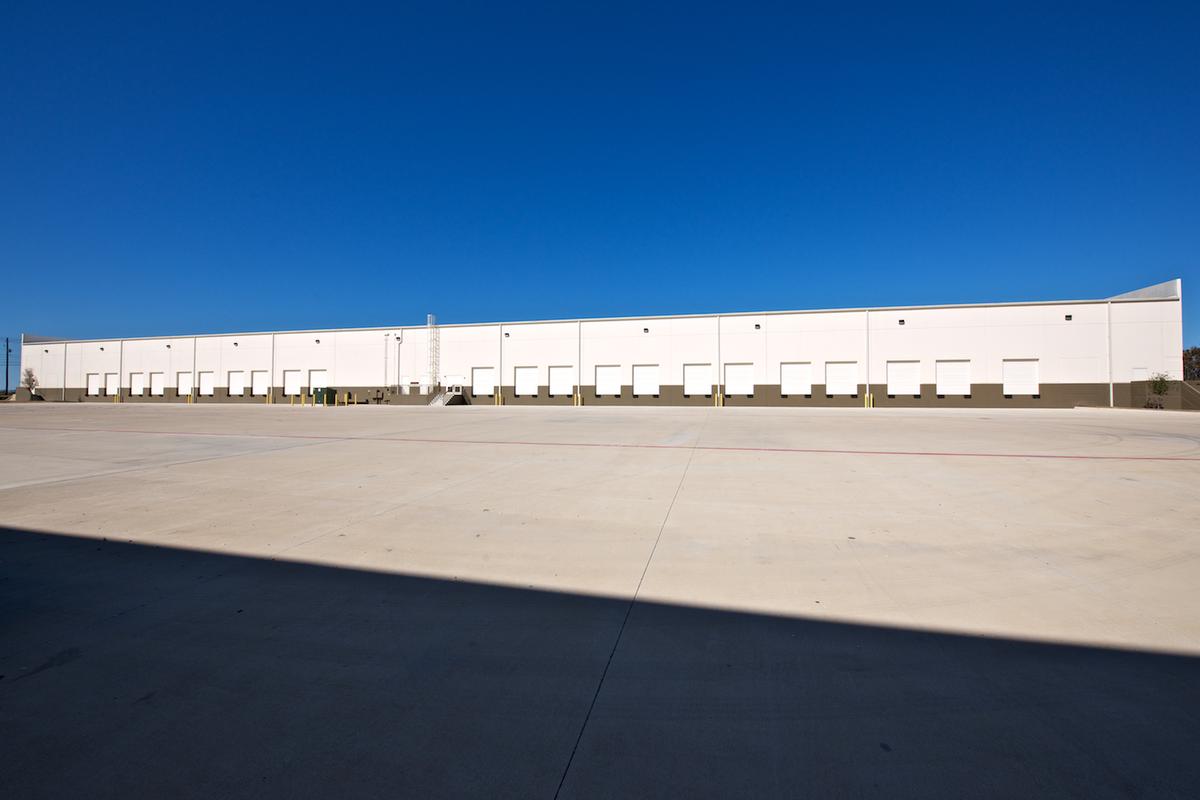 For me these are core places, structures that are built for a single function, devoid of ornament or contrivance and, this is going out on a limb for sure, honest.

I wonder what some of my architectural photographer friends will think of these. Considering I am teaching (Penland) with them in a month or so, this may be classicly bad timing on my part to put this out here now. Are they lining me up in their sights right now? We will see.

This post and the following will look at some work I haven't written about, hasn't been shown in any significant way and hasn't been published. Maybe because it's just bad work, but I will leave that for you to decide.

Back in the mid 70's I was a couple of years out of graduate school, struggling to make a living and working on finding my own voice with making pictures. Along comes a body of work that changed my photography, changed my thinking about what could and could not be photographed and where my work fit in the world of people who made photographs as art. The work was Lewis Baltz's New Industrial Parks Near Irvine, California.

The pictures were of nothing!

4 x 5, black and white, dark and contrasty, no people. A new industrial park of Butler-type buildings, anonymous and inhuman. These pictures, the amount of press they got, their popularity and the controversy surrounding them was amazing. Clearly this was important work and the photographs sheer existence gave me permission to make pictures of nothing too, to photograph things that had never been deemed worthy of being photographed before, of content that was boring, banal, tedious, redundant, uninspired and pervasive. So, what did I do? I shot warehouses, industrial complexes and lastly, malls.

A lot of what I've done over my career is to counter other things I have done in my career. Oakesdale Cemetery was made as a counter to all the work I was doing of buildings, housing, and developments. The infrared Boston, MA work  from the early 80s was a counter to more traditional urban landscape work. The Mutter Museum work from the mid 2000s served as a counter to those that thought of me as a straight landscape photographer.

Over the past several years I have concentrated on photographing malls. To say that my photographing malls is a move made in a completely calculated way isn't true, however. I just started noticing them, how big they were, what materials were used in building them, what part of our planet they displaced, what their core structure was and how they functioned. I liked newer ones, or ones under construction. I also liked dead ones. 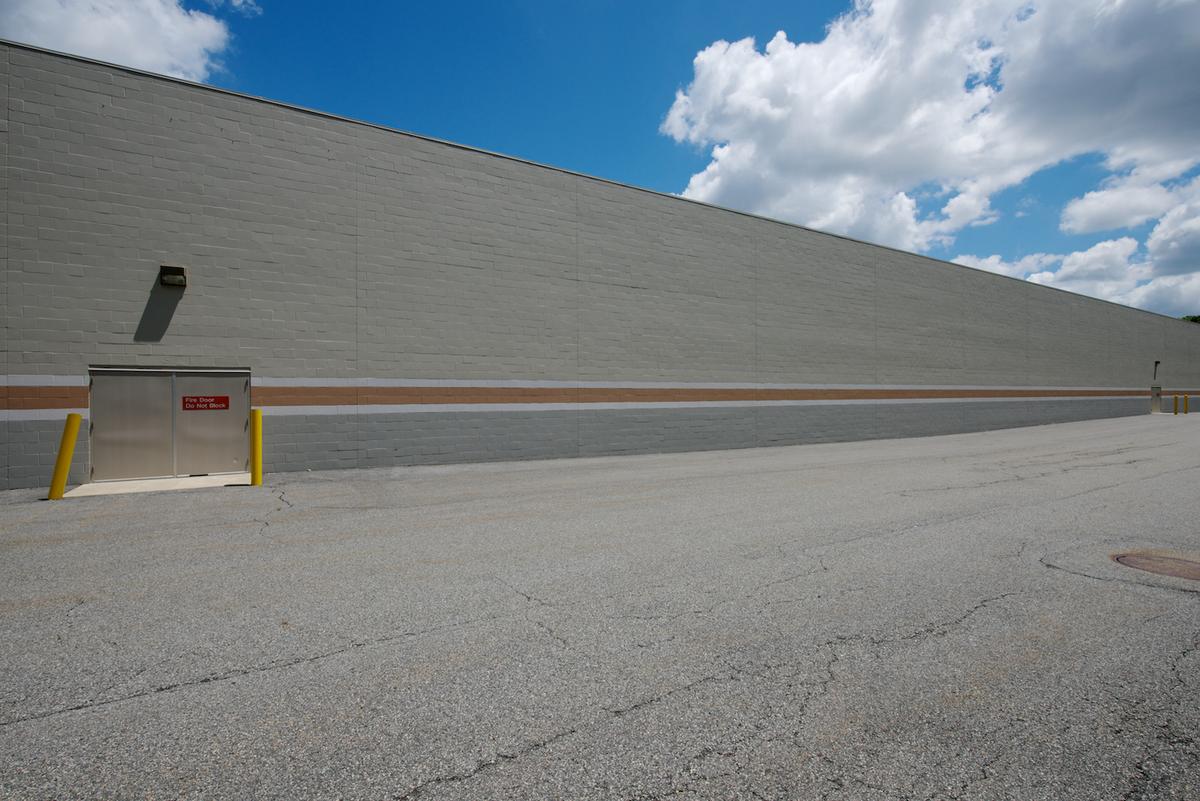 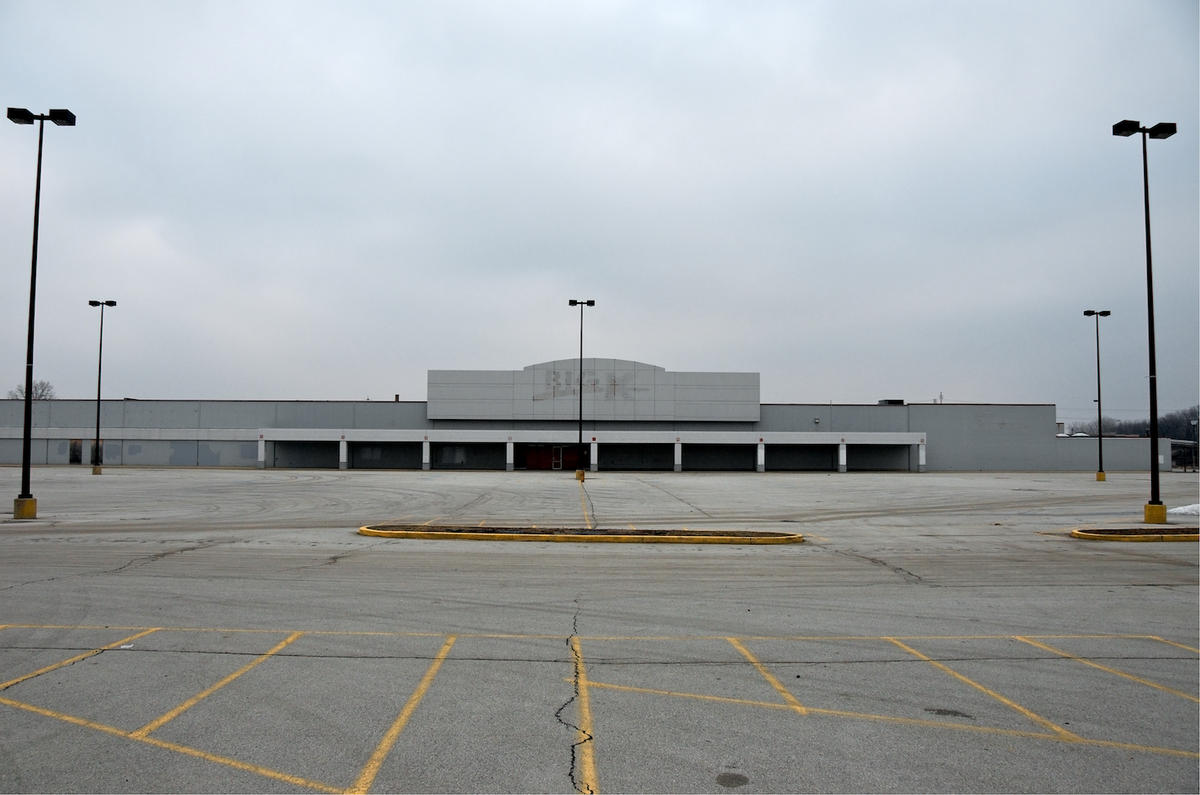 As time went on I found myself more drawn to the backs of the malls as the structures were revealed in their purest form. The next post will look at these, now called Mall Backs. 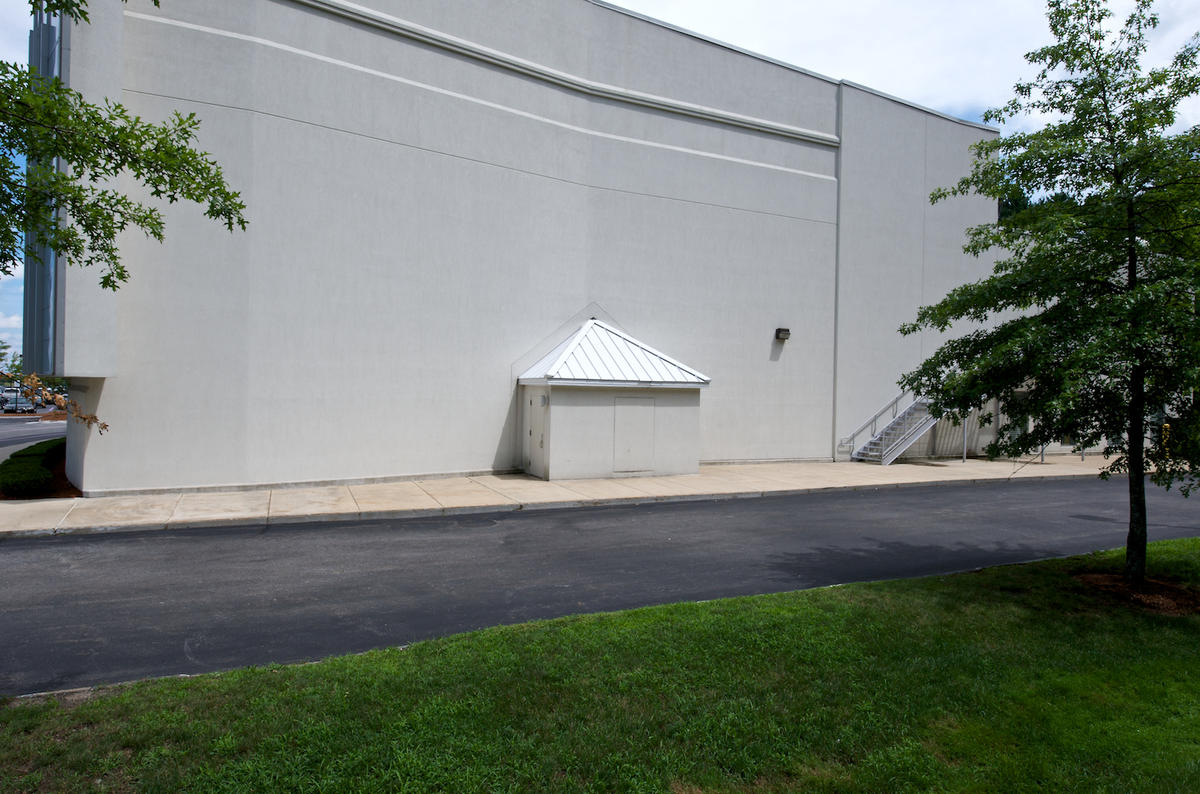 But before we get there, let me give you a few more of Mallchitecture: 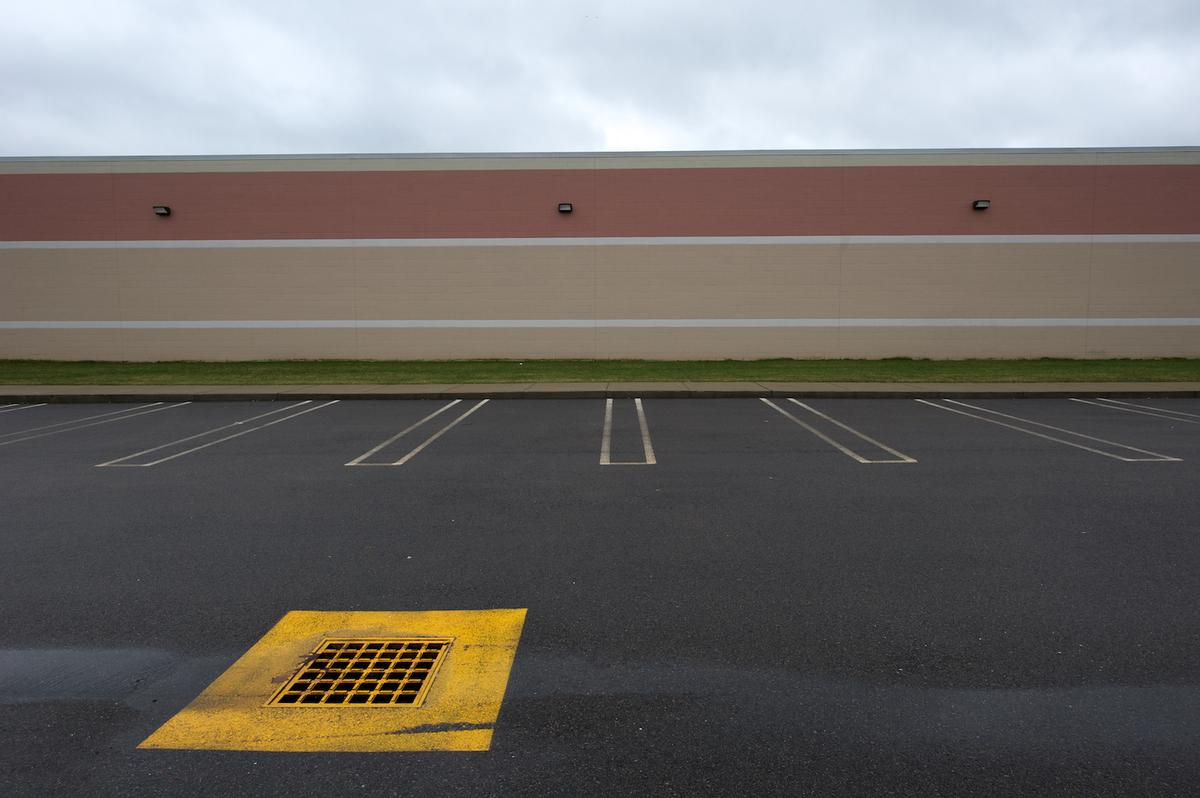 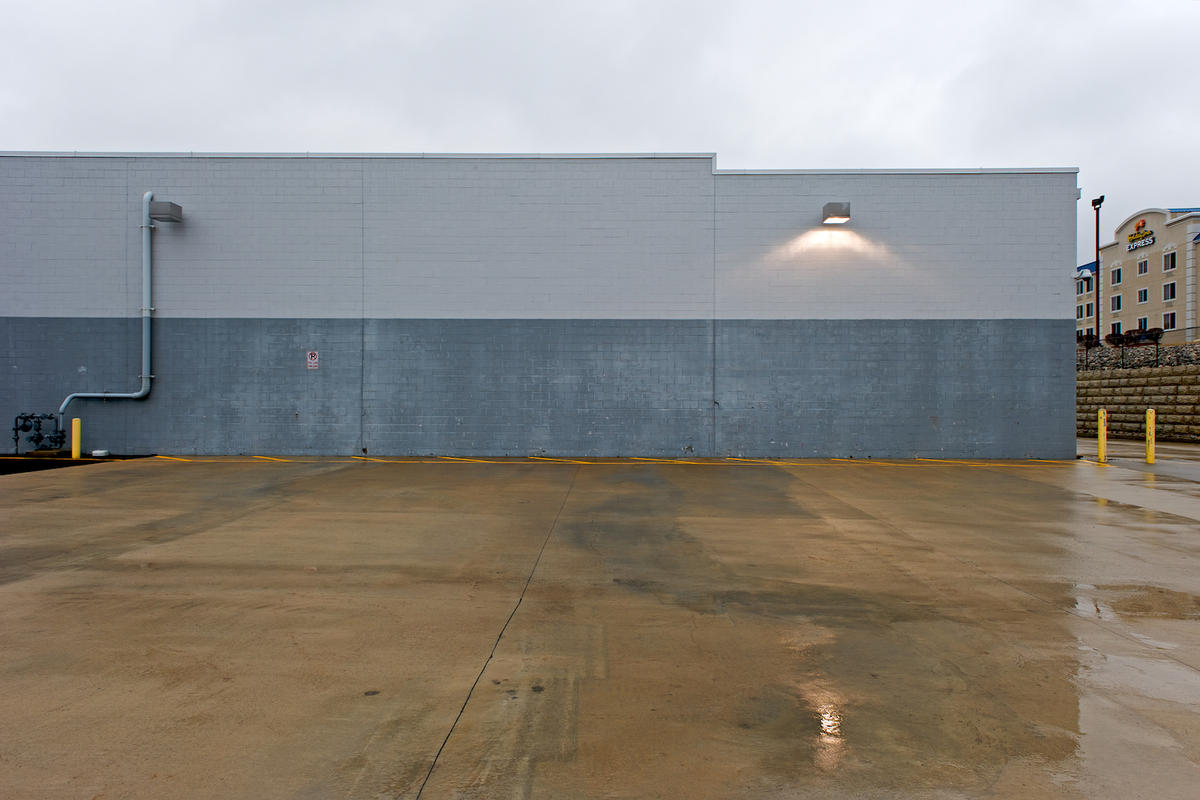 If you minimize the content in a photograph you can maximize other things; light, form, volume, detail, texture. If you don't want the picture to be about the subject in photography what do you do? 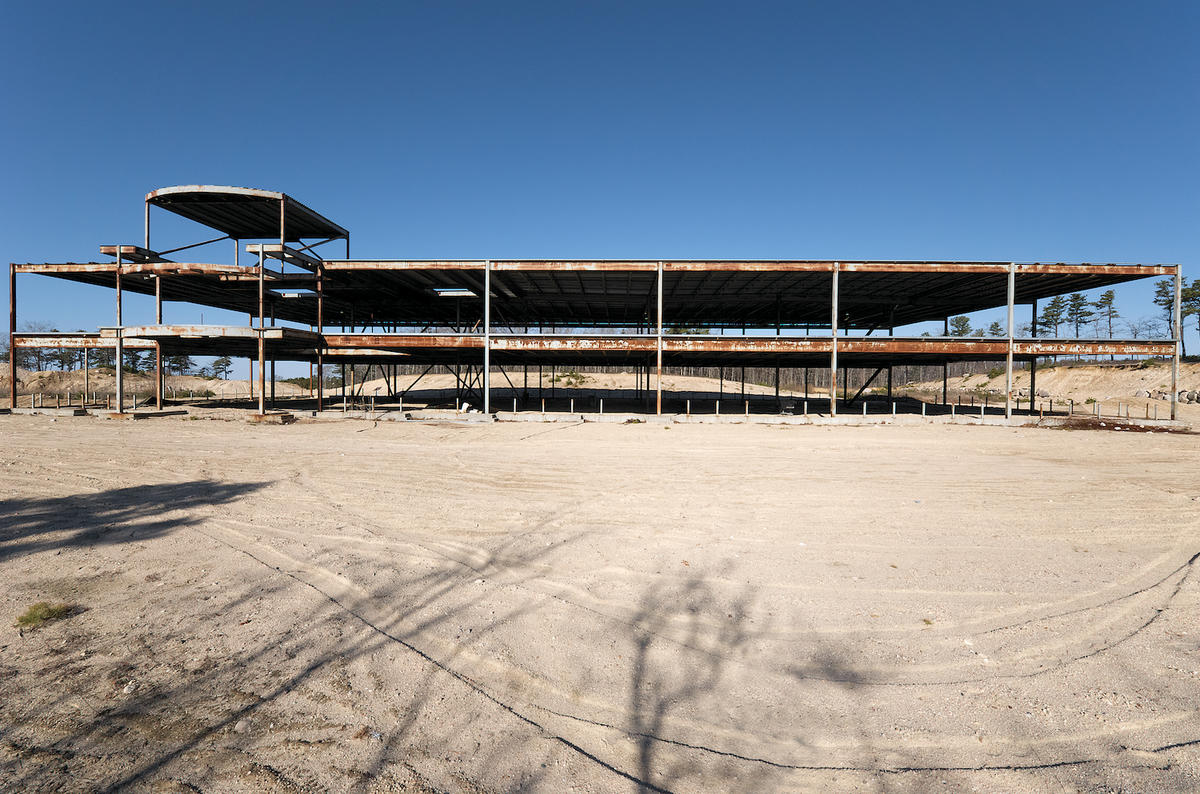 What really started me on this way of seeing was a project I did in the late 70's. I can't show it to you here because it isn't scanned yet, but I will at some point. It was the J.C. Penney Distribution Center outside of Hartford , CT. Huge, it was built on a large field that had been used for growing tobacco. Connecticut used to grow tobacco as the large leaves were used as wrappers for cigars. As a kid it was one of the landmarks we drove by on the way to Vermont on ski weekends, the fields with their rows of dark red barns where they used to hang the leaves on racks to dry. Bang! Gone. J.C. Penney put up a huge warehouse to serve all of their need for distribution of goods in the New England area. I was pissed. Joni Mitchell's phrase "they put up a parking lot" comes to mind. They'd taken out something very beautiful and put up a warehouse. So I photographed it.

Next up: Mall Backs