The last of an analysis of some pictures I made in Utah in 2010.

Know the music of Sufjan Stevens? It is wonderful. He's probably some kind of genius. At any rate, I often thought that he had difficulty with the ending of his songs. I sympathize as the endings of my series are difficult for me too.

Let's see what you think. 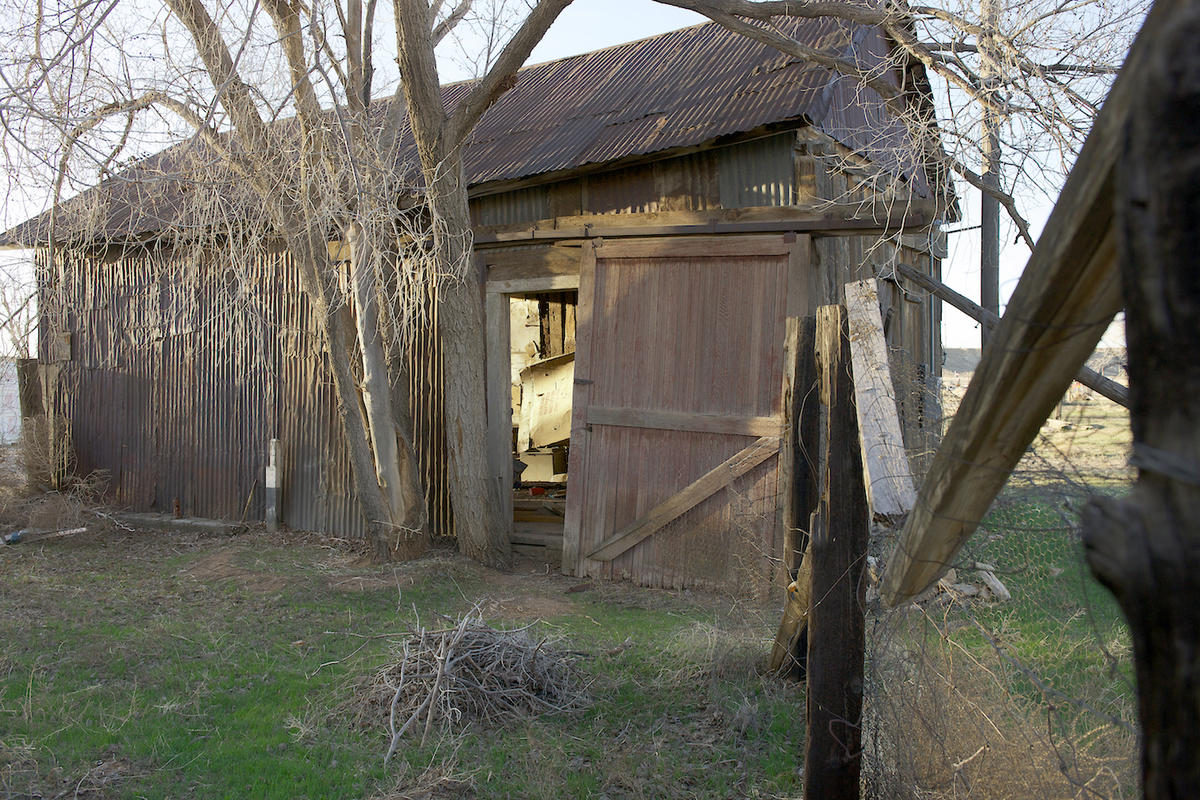 We have, in effect, looped back to an earlier place, the barn seen in #11. The sun is flooding in to the inside of the structure, implying  no door door at the left end of the barn. This is another oblique angle photograph just as the first barn picture was. 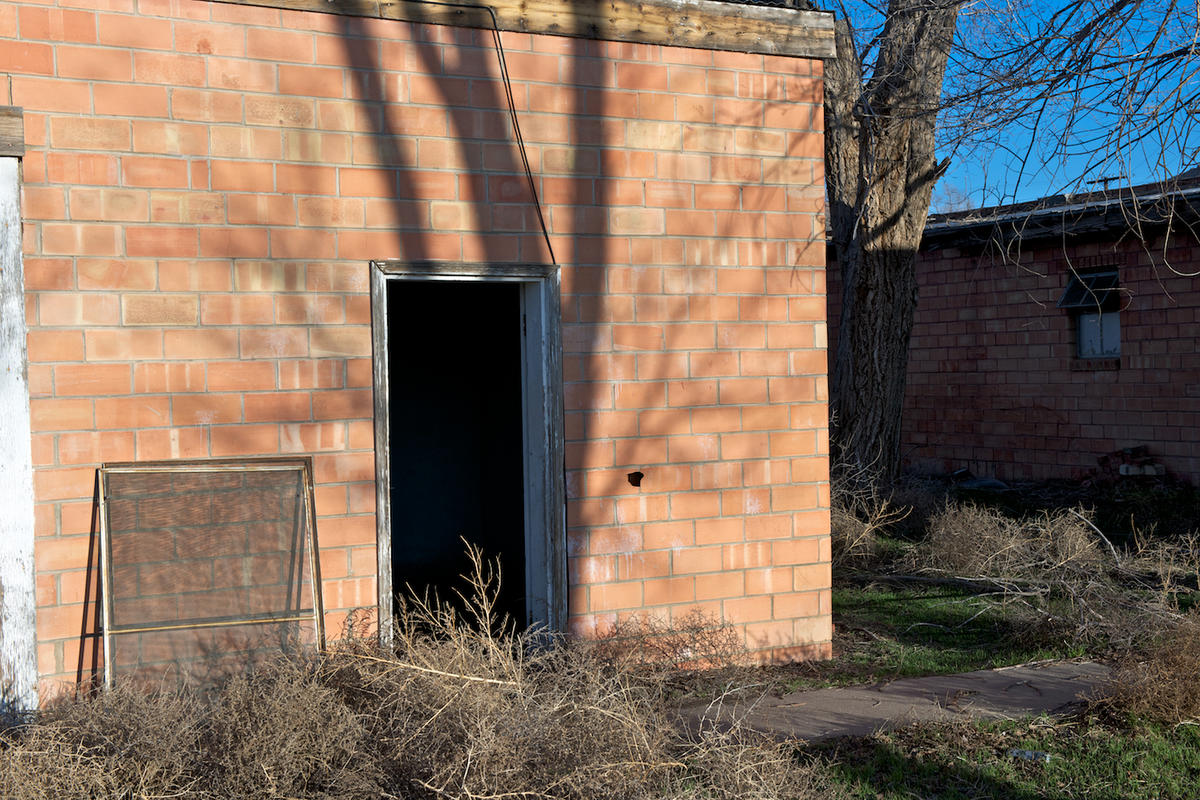 Yes, we're reviewing some of the discoveries from earlier in the series, in this one, the motel. The open and black hole of the door is key here.

These photographs as we draw to a close are recapitulations. 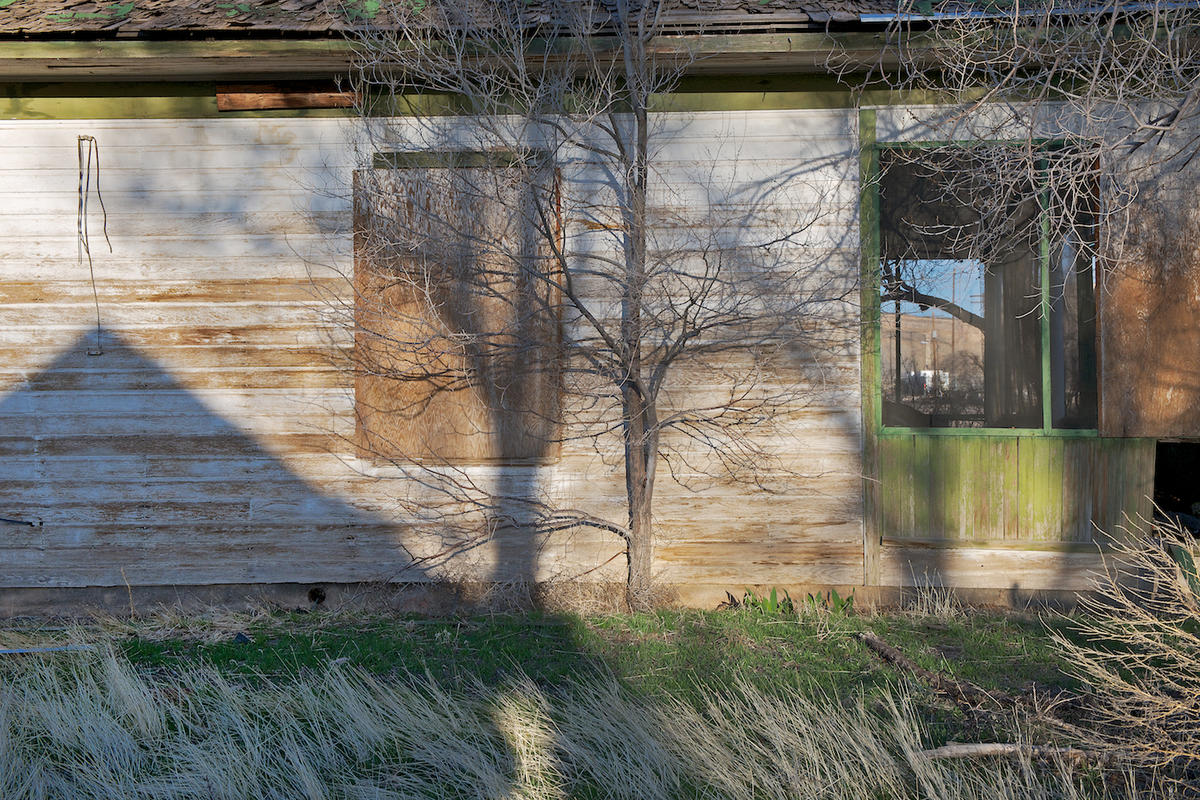 Here we are referring to frames #5,#6 and #7, the same side of the house we saw earlier, here moved in tighter to allow closer study, just we did with frames #13 and #14 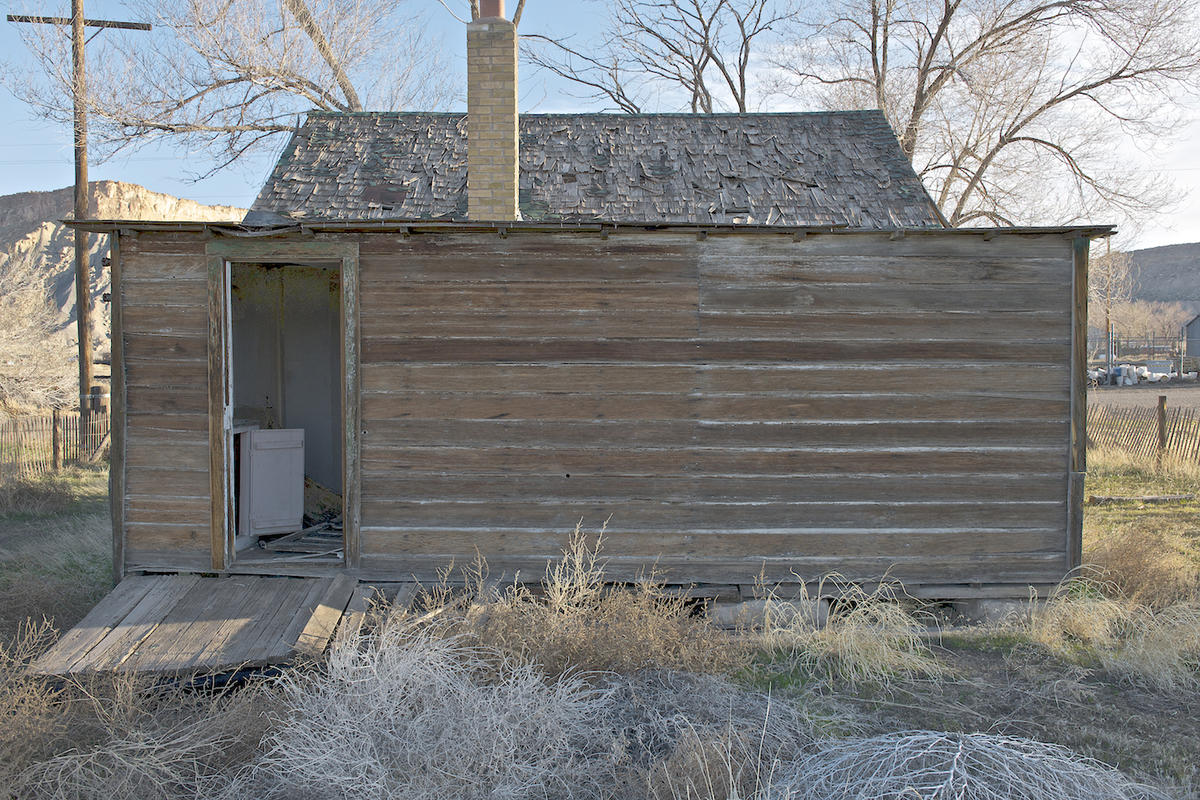 this is the back of the earlier house and, for the first time, a photograph looking the other way showing what has been behind us for most of the others. In effect here we've retraced our initial progression, but now from behind. 180 degree turns loom large in my series work. And we've revisited some of the key sites seen earlier, but shown a different perspective on them. Why this one as the finish to the series? Because it contains both the reference to the earlier frames from the house in the series and that it faces the other way. And finally, this last photograph also shows us a blank face, with an off center dark hole of an open door on the left, probably evoking more questions than answers. I am okay with that. I wonder if you are.

Thus ends the Thompson Spring series. My own summary of this work places it in a "mature" period, in both execution and concept, meaning that in earlier digital days there were quality issues. This is no longer true. What was captured nine years ago holds up well in comparison to the files I am creating now.  Conceptually, the Thompson Spring series fits in the mainstream catalog of works to date as opposed to being anomalous (of which there are many). If you work long and hard over a career at something, what you have done will reside as a hierarchy. For me, Thompson Spring lives in the "A List"of series works. They have not been shown or published. So it goes.

It has been a real pleasure to bring these five short essays to the blog and therefore to you. I am grateful for your readership and numerous comments. Two things: please subscribe to the blog (and confirm when you get an email ), and secondly you can always reach me at: Neals email

If you read the blog you know I spent a couple of weeks photographing last fall in and around Moab, Utah. As I often do, I went back to a few places I had photographed on earlier trips. One was Thompson Spring, about an hour northeast of Moab. I made a series of photographs there in 2010. Read more

By now, into the fifth frame in the series, I knew I had a hold of something and was excited at what I might discover as I continued walking down the road and photographing. Read more

The third in a group of posts on my blog looking at a body of work made in 2010 called Thompson Spring, Utah. Read more

Here we go. Not the last but the next to last of a run on the pictures from Thompson Spring, Utah I made in 2010. Read more