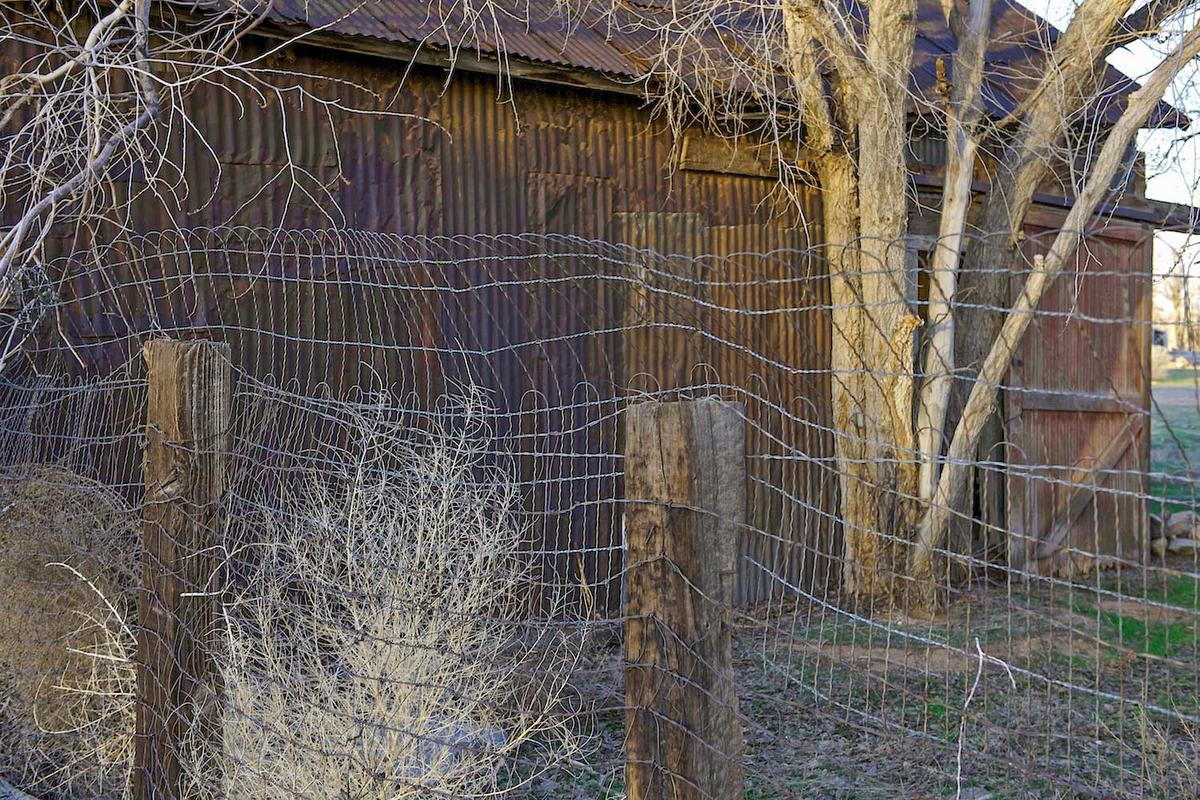 The third in a group of posts on my blog looking at a body of work made in 2010 called Thompson Spring, Utah.

This one, looking at the side of a barn, is the first real change in structure and also content, for we are no longer sliding along the main street of the town. It also presents a far more difficult path with its screen of wire fencing and bushes to get through.We are now looking at the subject for the first time at an oblique angle, which is inherently different than our parallel plane photographs from the portfolio so far. Also, a series of photographs such as this assumes viewers will retain the previous image in the sequence while looking at the one in front of them but not know what is coming ahead, as in turning pages in a book or flipping prints in a portfolio. The presumption is that we can't unlearn what we've already learned, that we can't unsee what we've already seen.

We've also gone a little darker and the structure of the photograph isn't like anything we've seen up until now. The pictures have been "parallel plane" photographs so far, taken square on to whatever was in front of the camera. If you follow my work and/or read the blog you know this is a primary driver behind Neal Rantoul photographs. As a device being parallel contains the photographs and makes them begin and end at that surface. The above picture slides from left to right and therefore out, leaving a little relief or escape from the dark to the light.

The tactic is similar to what Eugene Smith did, the very famous documentary photographer in the mid 20th century making incredible photo essays on assignment for Life Magazine. Look up Minamata and The Country Doctor for examples. In this, Smith's own children walking up the dark hill to the light. 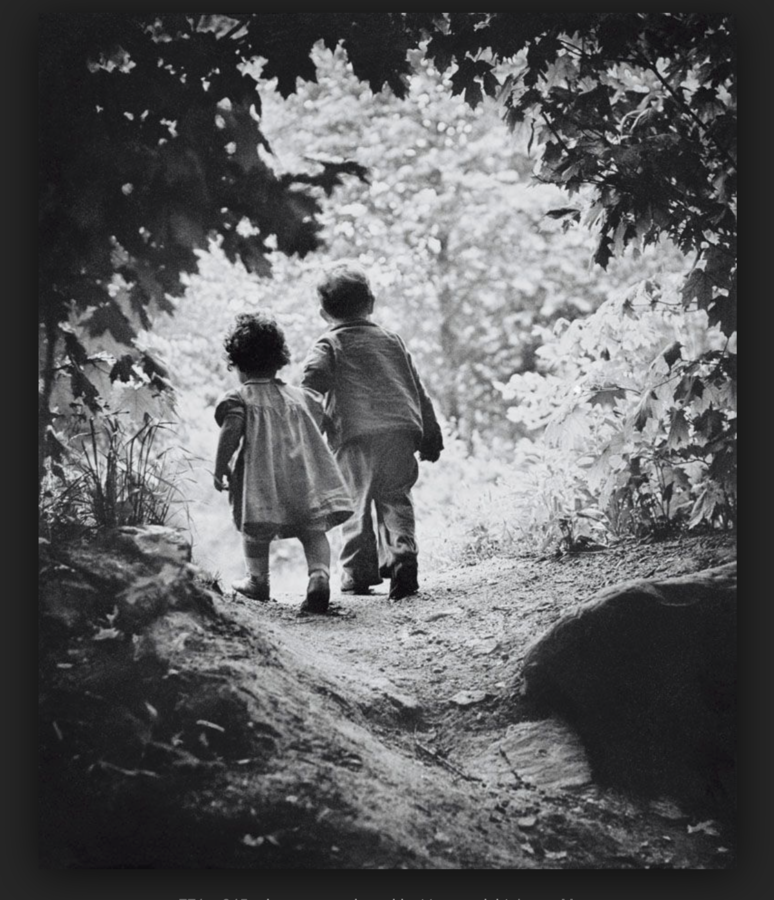 Heavy symbolism, out of the dark tunnel into the light. From painful days after being wounded in WW ll, with almost two years of convalescing, wondering if he'd ever photograph again. 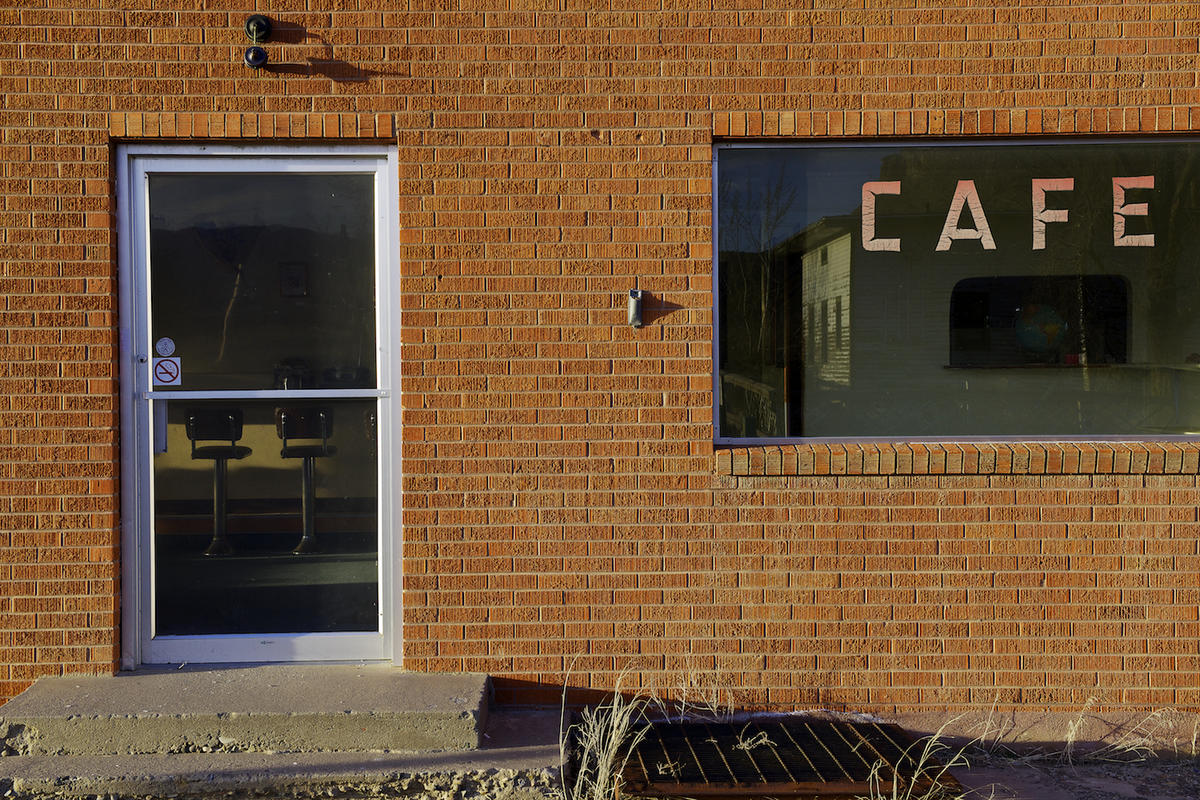 Back to parallel planes. This one looking relatively modern or contemporary, nothing indicating decay so much but clearly closed and empty. That cafe didn't look like it would would open anytime soon. 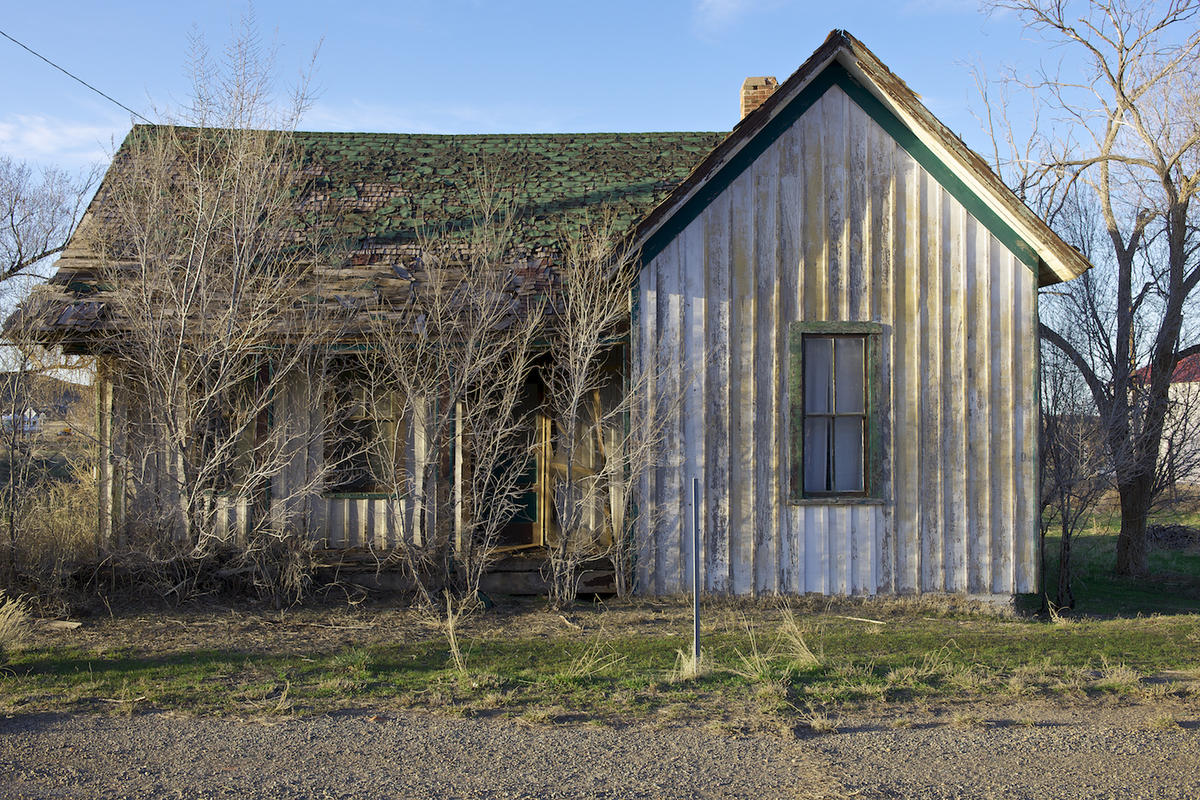 Then to this, planal again and with minimal convergence, which means I worked to keep the camera level as opposed to pointing up. So beautiful to me that I did this: 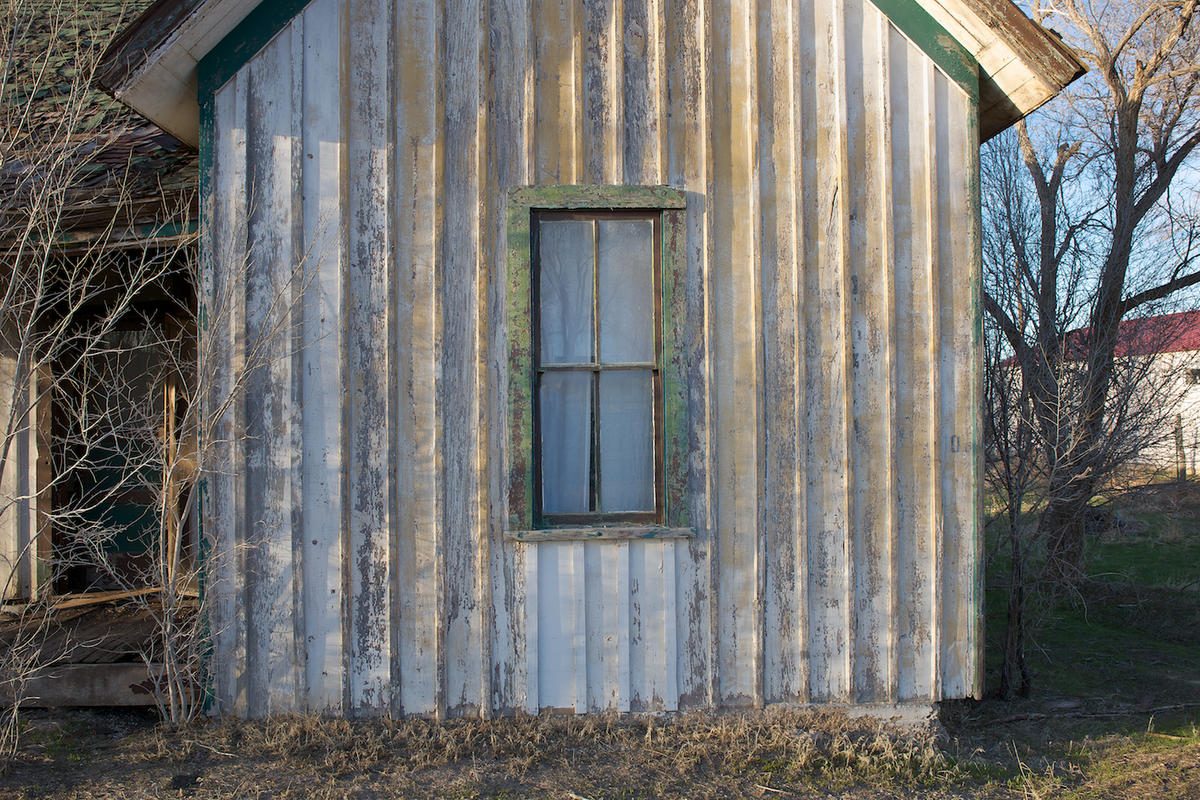 moving in closer and focusing on the light skidding across that ribbed wall framed by the single window with a closed curtain inside. Not the first time I'd moved in to isolate something I felt strongly about.

So, since I have some space here, let's summarize where we are now that we've looked at about 2/3 of the pictures in Thompson Spring. We began way back at  the start with the gas station picture and quickly established the "ghost town" character of where we were. Then this overall definition continued through the house pictures and, though different, the motel pictures. We then changed things up by moving off the main street to the barn (which we will see again soon) and then back to show the cafe and then the small house with the beautiful window being hit by early morning sun. Remember, we can't unsee what we've seen but what proceeds will inform what is to come.

I hope you're enjoying this break down of some pictures I made nine years ago.This is a good place to stop, as we're about to see some more changes next in Thompson Spring 4.

If you read the blog you know I spent a couple of weeks photographing last fall in and around Moab, Utah. As I often do, I went back to a few places I had photographed on earlier trips. One was Thompson Spring, about an hour northeast of Moab. I made a series of photographs there in 2010. Read more

By now, into the fifth frame in the series, I knew I had a hold of something and was excited at what I might discover as I continued walking down the road and photographing. Read more