Perhaps because I am a senior photographic  person I find I have been thinking about the concept of what pictures we make at what periods in our lives. Looking at something I made in my mid 20's (Take Me Back) and comparing it to something I made recently (Spring and Fall) I can safely say that there was no way I could build a structure around a body of work back then like I do now. It was far simpler when I was young.

Photography was a lot simpler back then too. Besides all the technical changes photography has had, it is a medium much more aware of itself now than it was in the mid 70's. We know more about it and what it can and cannot do than we did then. It would have to be, after all that we've seen coming out of it in the past 40 years.

Of course, what perspective does someone have at 20 years old? Certainly little on himself/herself, but for most people none on much of anything.

This then leads me to the core concept: making art that is age appropriate. By age appropriate I really mean something a little larger, that it is emotionally and intellectually age appropriate. Can this be boiled down to developmental changes? i.e. when we are younger we make work that is impulsive, reactive, intuitive, often simpler, emotional and self centered. When we are older we make work that is contemplative, intellectual, considered, knowledgeable, refined, careful. Simple enough, right? I mean that we should use what we've got and at my age I have a great deal I can use for I've been doing this so long. On the other hand, I can't go out and on an impulse make a huge body of work of a brand new idea, putting life and limb at risk and hang over the edge, so to speak. While I am physically constrained due to my age, I just can't because I don't think that way now.

As usual, I am thinking of a photograph I made that references my point. This below is at the Grand Coullee Dam in Washington. 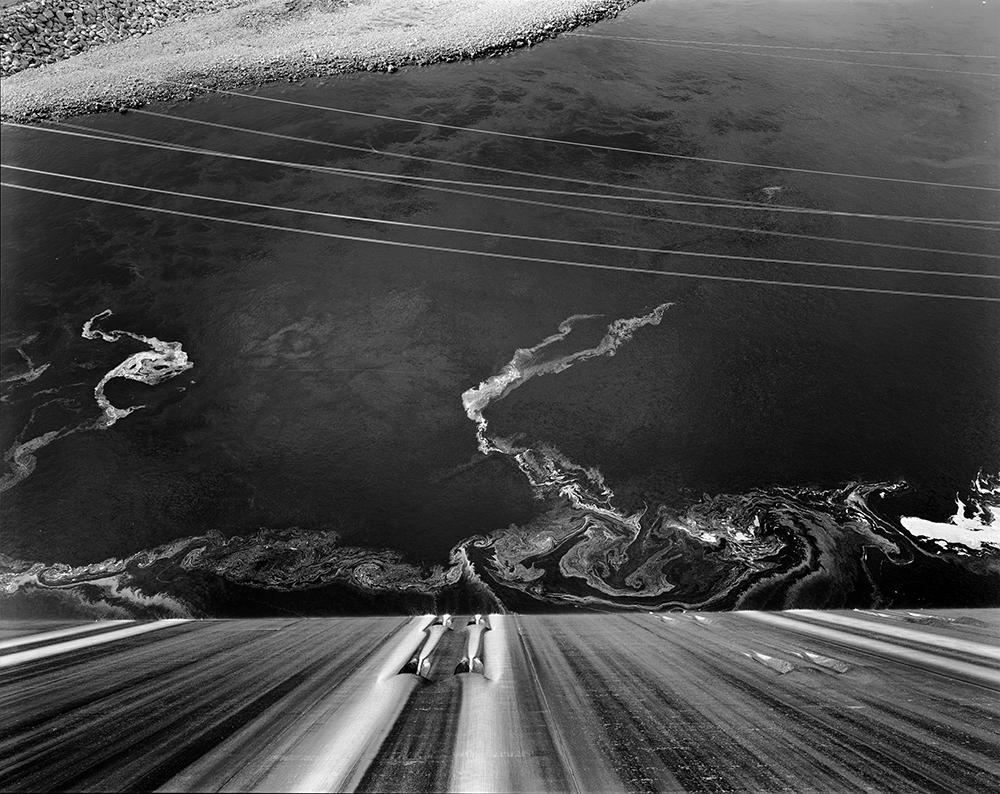 I made this in the 80's. I am standing at the top of the dam with the tripod of the 8 x 10 view camera leaning up against the wall and the camera tilted over the wall and pointing straight down. My left foot is pushed up against the back tripod leg, keeping the camera from plummeting down the dam into the water and I have stretched myself tall as I can to see up at the ground glass to focus the image under the dark cloth before inserting the film holder to take the picture. This is high risk stuff. This is a photograph made a long time ago.Would I do this now? I think you know the answer.

Finally, how does one take a passion that is still as deep and resonate as it was when  younger and make art that is relevant and meaningful today? There is a catch, of course, and that is to not make the same pictures over and over again. Without moving on and relegating our done work to past work we fall into one of many traps, but the trap of repetition is to be avoided at all costs. Move on!

Also, as a rule it appears that later work may be as ambitious as earlier work but perhaps more thought through, in that the artist seeks to use the materials to his/her purpose as a device to make the point. In earlier years I would come across a place or an area and think to make a series of pictures from it that could compose a whole, be it a story or a thread or a concept. I would photograph the place, putting all my eggs into one basket, to focus whatever insight I had into a cohesive group of pictures to make a complete set in a short period of time. While I still do that occasionally, much of my work now is done over longer periods of time, with perhaps multiple shoots to get to the end. Slower because of being older? Yes, partly, but also slower  because I am aware of more things going on, more subtleties inherent in something I am photographing.

So, are you making pictures now that are symphonic? Large in scale, grand and extroverted? Or are you making more modest pieces, intimate and reflective, emotional and heartfelt? And does age play a role here?

I for one am still making the latter but am also involved in larger pieces too, assembled bodies of works that span time and often place. Why? Because I am thinking less and less of single pictures existing on their own. Maybe laying out and making books has taught me ways of connecting pictures to pictures more. At any rate, I am now involved in three larger series: 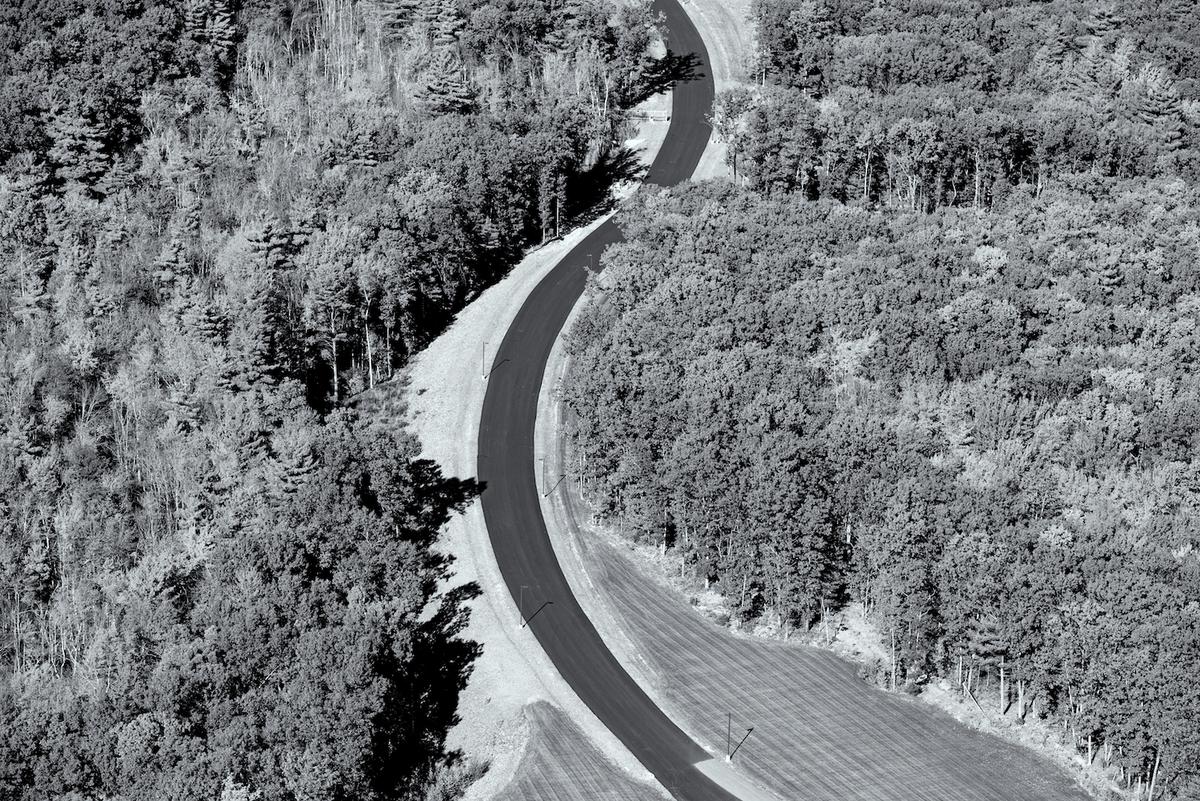 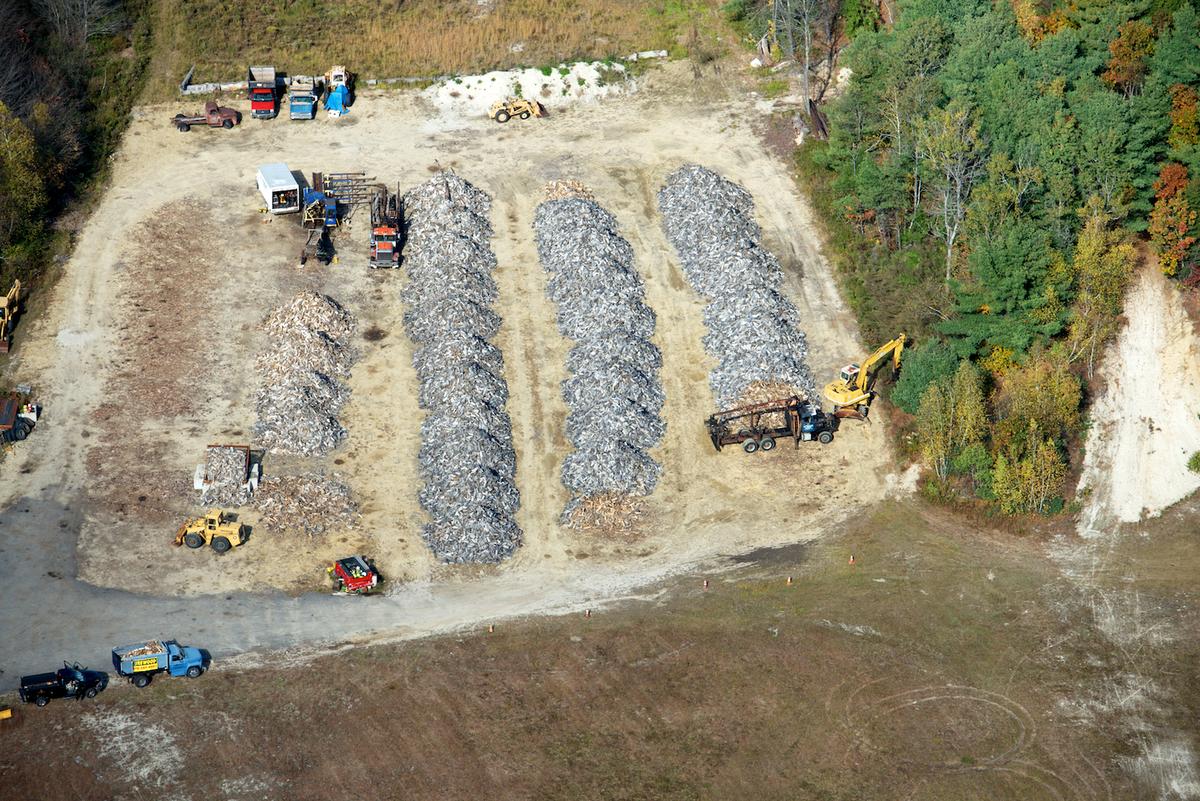 a look at Massachusetts Route 2 as it heads from the suburbs west of Boston to the border with New York State in three parts. 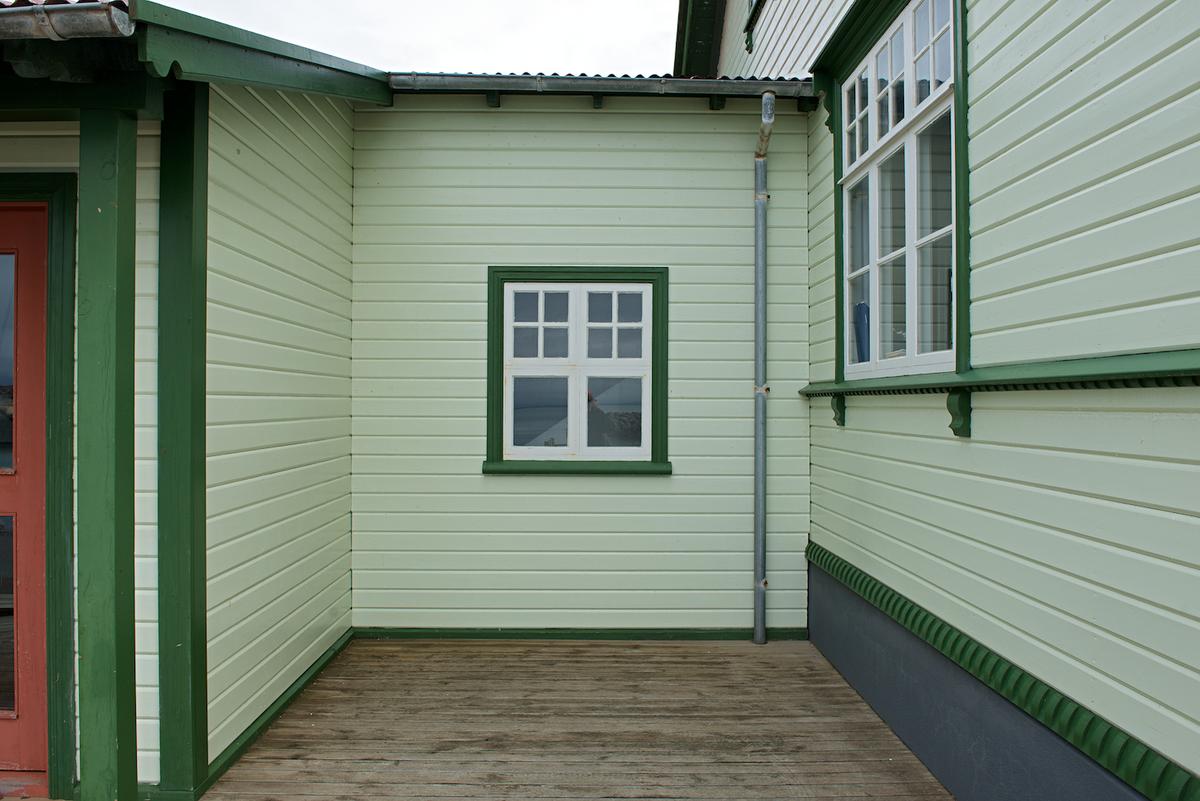 a look at the small town of Hofsos, Iceland from inside and outside perspectives. 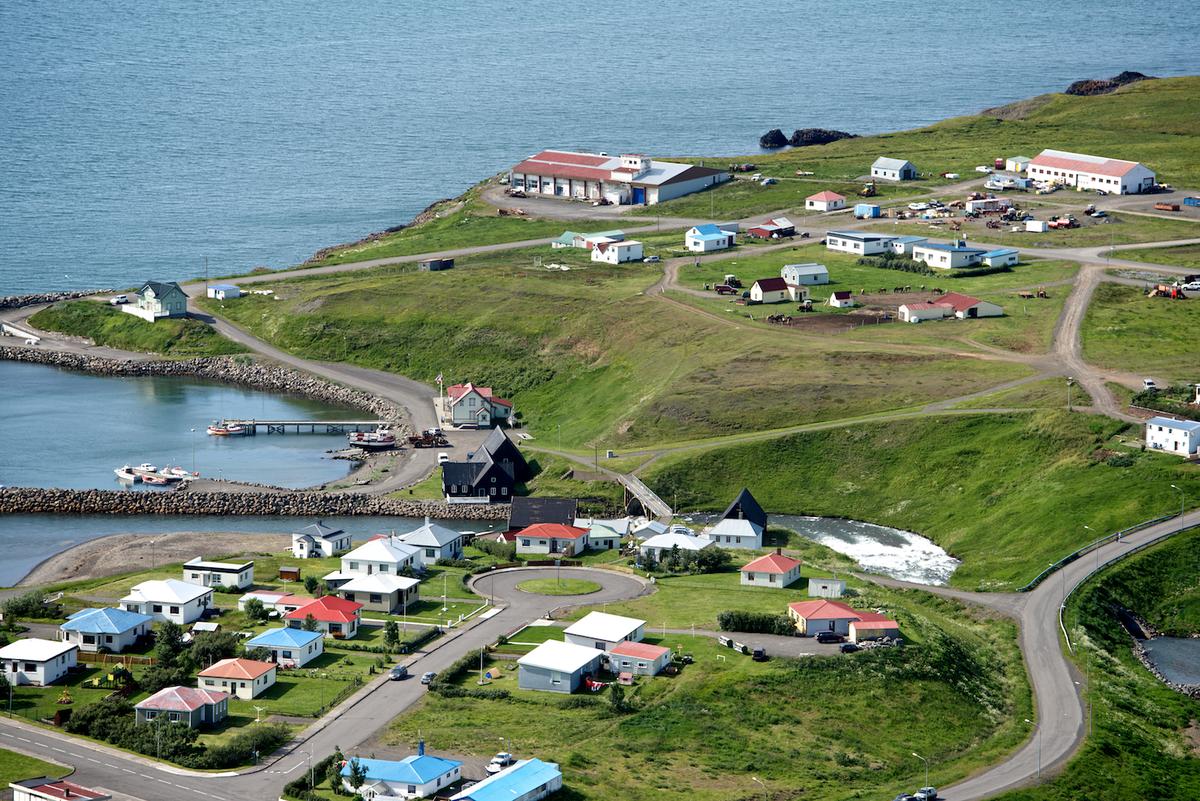 and Spring and Fall, a body of work of Martha's Vineyard that encompasses pictures made of the same area made on the ground and also made from the air: 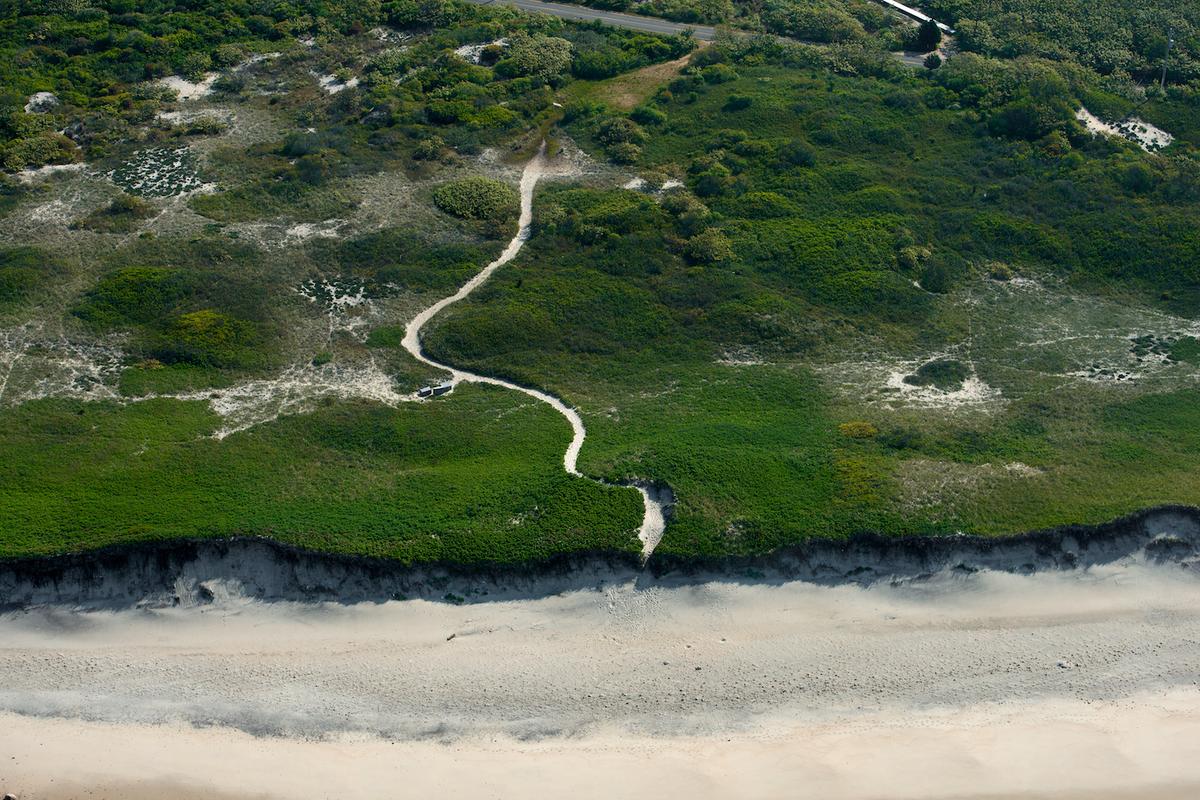 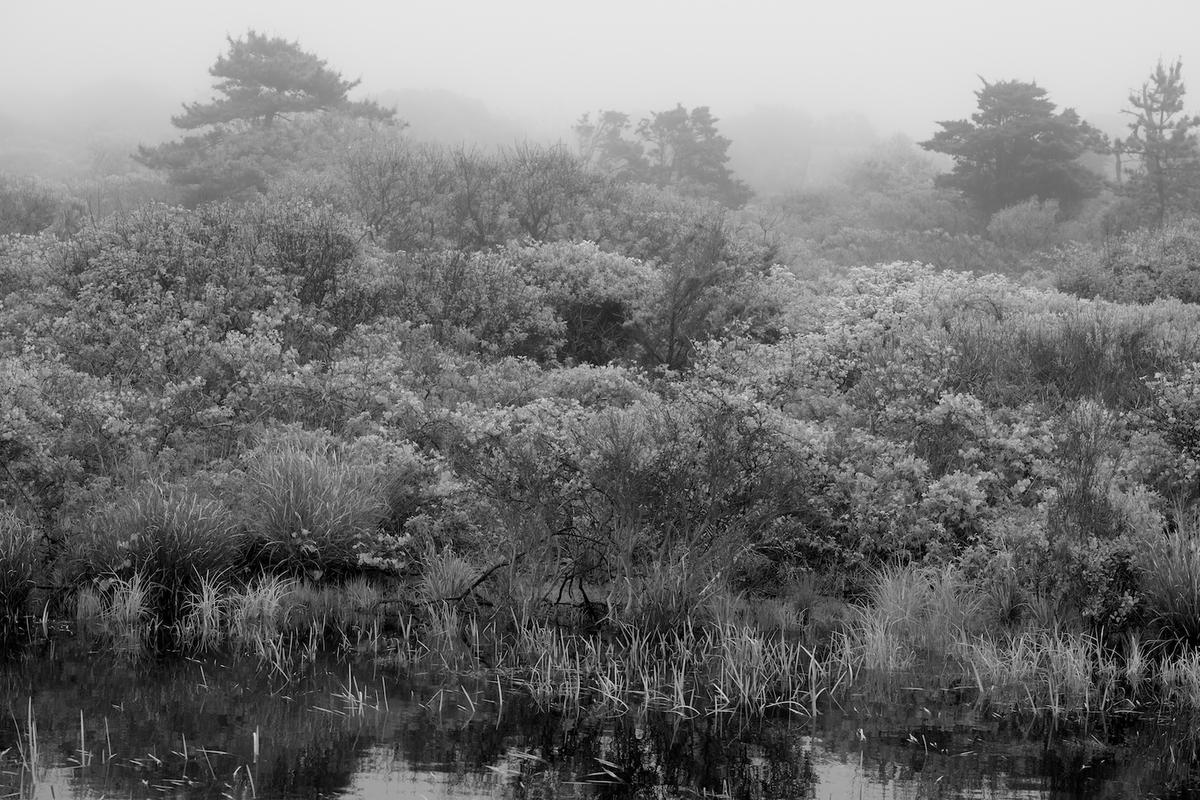 Not to get morbid, but there is the phenomenon of classical composers final and unfinished bodies of work becoming their own requiems after they are gone: Mozart, Beethoven, Mahler and Faure' to name a few. You probably know others.

The right picture at the right time.