No, this isn't a story about a road trip through the US.

The Americans by Car is a new book of photographs by Karl Baden. 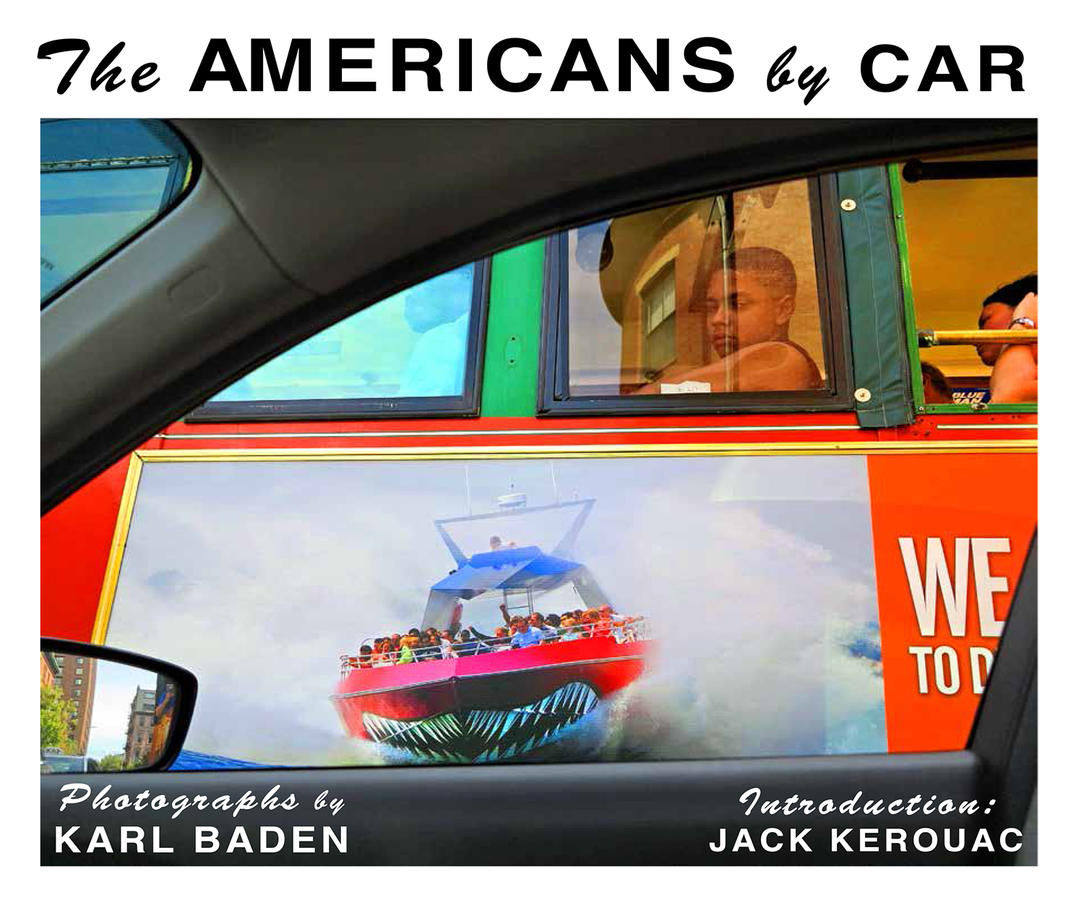 When Karl makes pictures he has a way of homing in on something and doing it for a long time. For instance he has made a picture of his face every day for thirty years. I think he has been making photographs behind the wheel of his car for a long time as well. Karl is a Boston-based photographer of long standing and teaches at Boston College.

This small book with few words relies on that amazing ability some photographers have to make pictures before thought and consciousness interrupts to ruin things. This is instinctual work and, I would assume, hugely quantitative to get just a few that work. Baden is also a sequencer in that a given picture will set you up for the next, let you out in one and pull you back in for another. 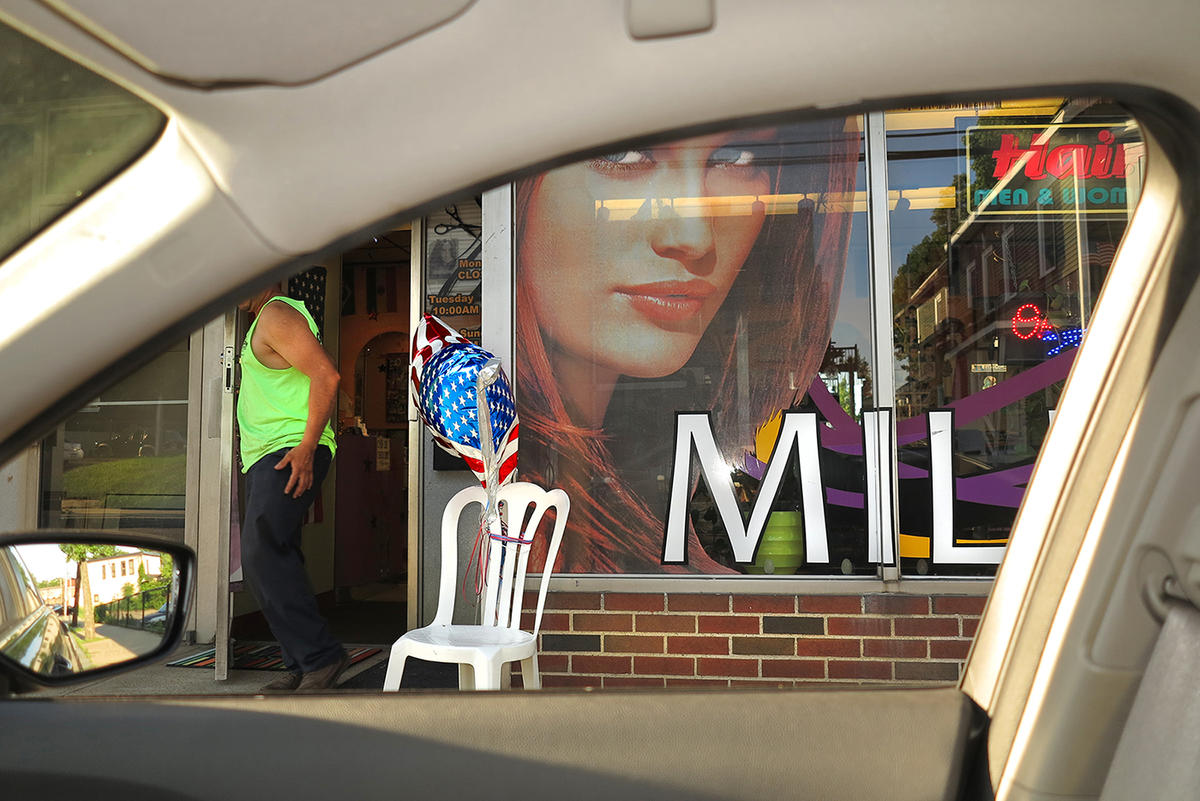 Of course, the title refers to Robert Frank's seminal look at the USA made in the 50's called "The Americans". Karl pays frequent homage, using American flags liberally, just as Frank did. Also, this review comes at a fitting time as Nathan Lyons died last week at 86 years old. Lyons was one of the founders of the Society for Photographic Education (SPE), the founder of the Visual Studies Workshop in Rochester, NY and the author of several books, the most significant to me, named "Notations in Passing" which is perhaps the foundation for the way that Karl works in his own book "American  by Car". Lyons and Frank were both engaged in being out in the world, on the street, inside a bar of cafe. 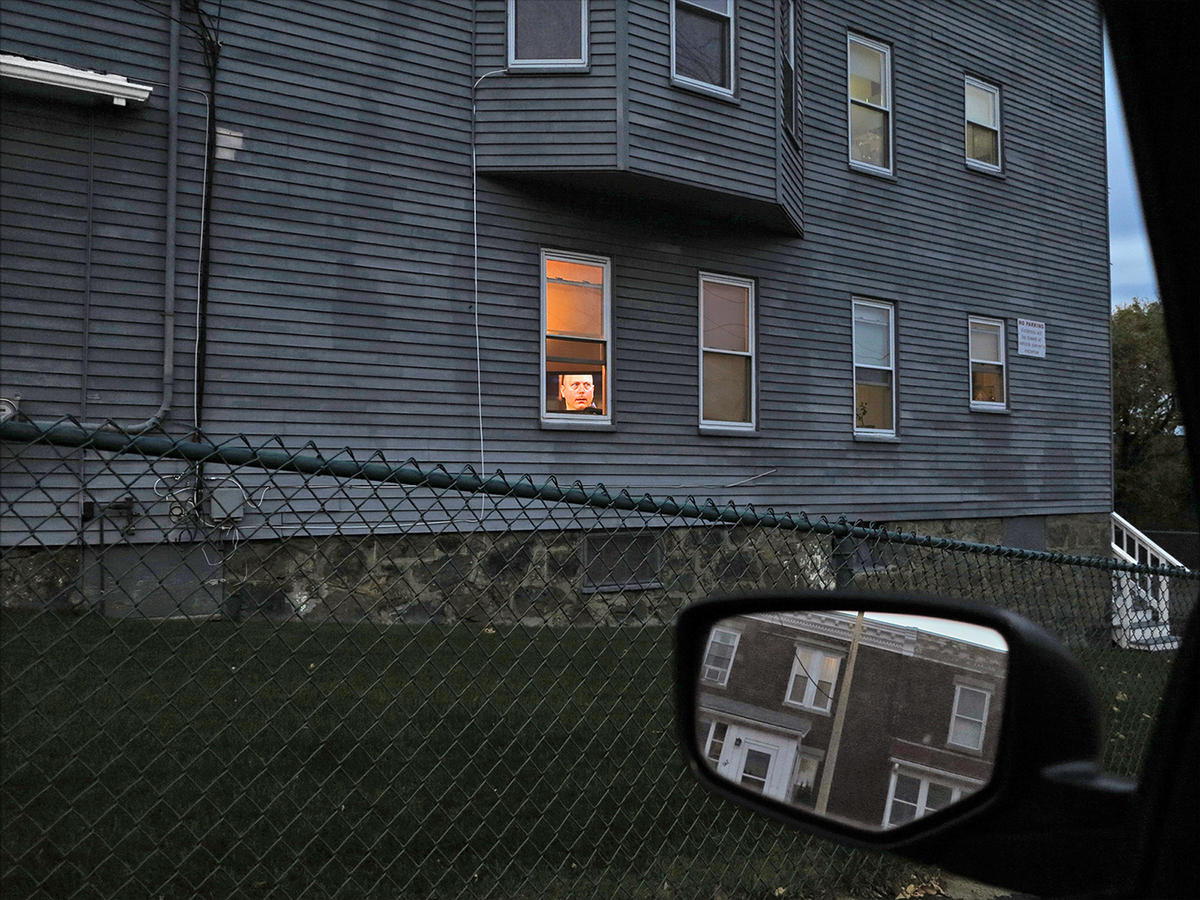 Baden's working structure is quite different, however, just as the time is different and the country hugely different. He is always in his car, frequently we see the window frame acting as a frame within the frame. We also often see his rear view mirror pushing us back behind where we are looking, almost as though we are looking over our shoulder at another time, another perspective. 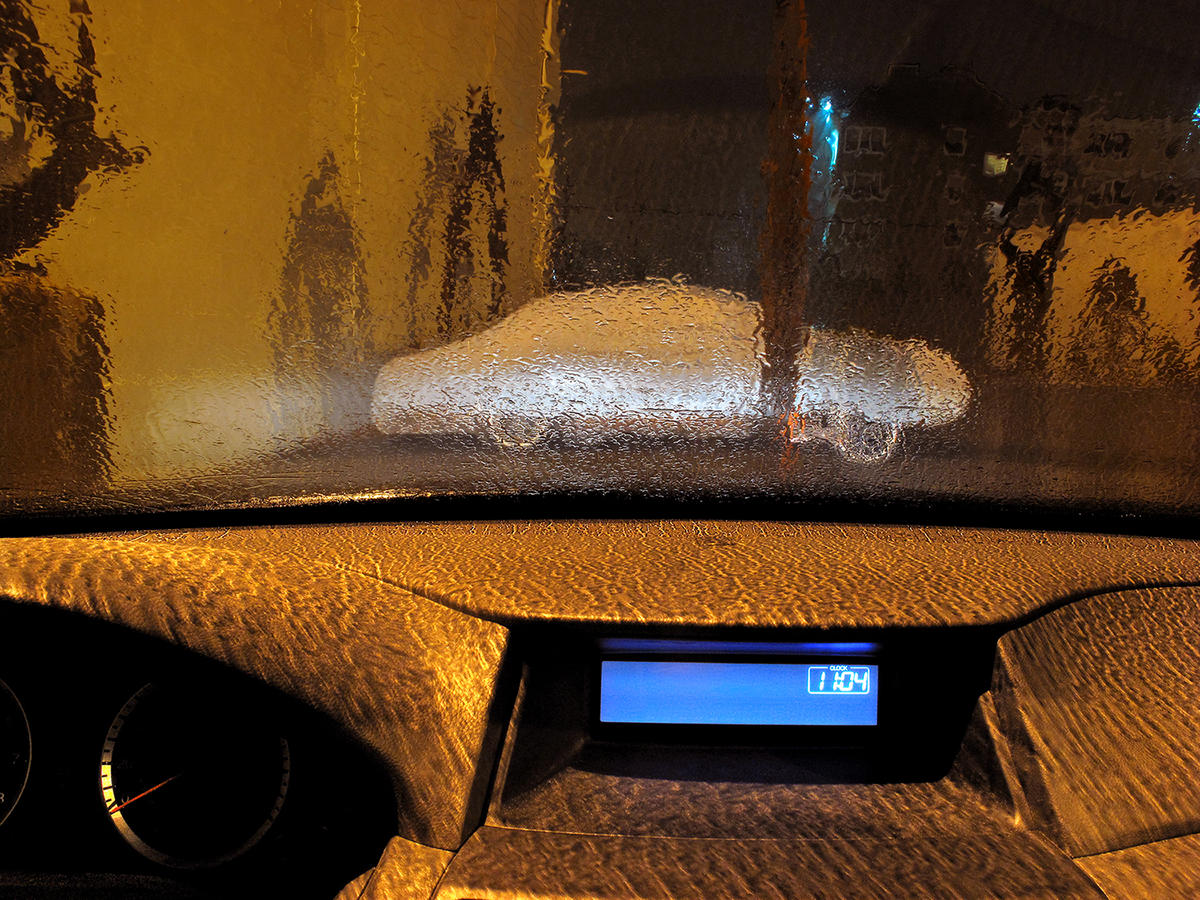 I particularly like the off handed and informal approach, as though the picture gets made so quickly design and composition take second tier.

Of course, those photographs by Lyons and Frank were in black and white and Karl's efforts here are in color. I can't imagine The Americans by Car being anything but made in color as the photographs make distinctions, analogies and comparisons that rely on color to be effective.

Karl Baden's work here lies firmly in the tradition of street photography but relies on his unique perspective, and the protection it affords, of being made from in his car.

The book is a superb look at our county in the current times.

The book is for sale from Karl at:

This large and ambitious monograph shows photographs made while Rantoul was on a one-year sabbatical from his teaching position at Northeastern University. Comparing locally made photographs from New England with imagery made on extended trips to Italy, Austin, Texas, Moab, Utah  and Pullman, Washington the book provides a unique insight as to how the artist works, sees and organizes his pictures into a tangible whole.