At any rate, in 1977 I was teaching two days a week at New England School of Photography in Boston and that's it. I was thirty years old and had finished gradate study at RISD in 1973. I didn't start teaching at Harvard until the fall of 1978. I knew this was no way to make a living, one class that met 2 days a week, but I did have a lot of time to work. I remember I worried about money a lot. In January through March that year I packed up my camera and headed to the south shore of Massachusetts from Cambridge, where I still live. I worked on the idea of blue skies made darker with the use of a 3 stop red filter- i.e. in black and white photography, a color filter over the lens makes its own color go light and its opposite colors go darker- at the numerous summer shacks and houses near towns like Plymouth and Situate and at beaches like Scusset Beach. My favorite routine was: shoot am, get lunch, shoot pm til close to dark, drive home, develop film, eat dinner, print, sleep. If it clouded up I'd head home. 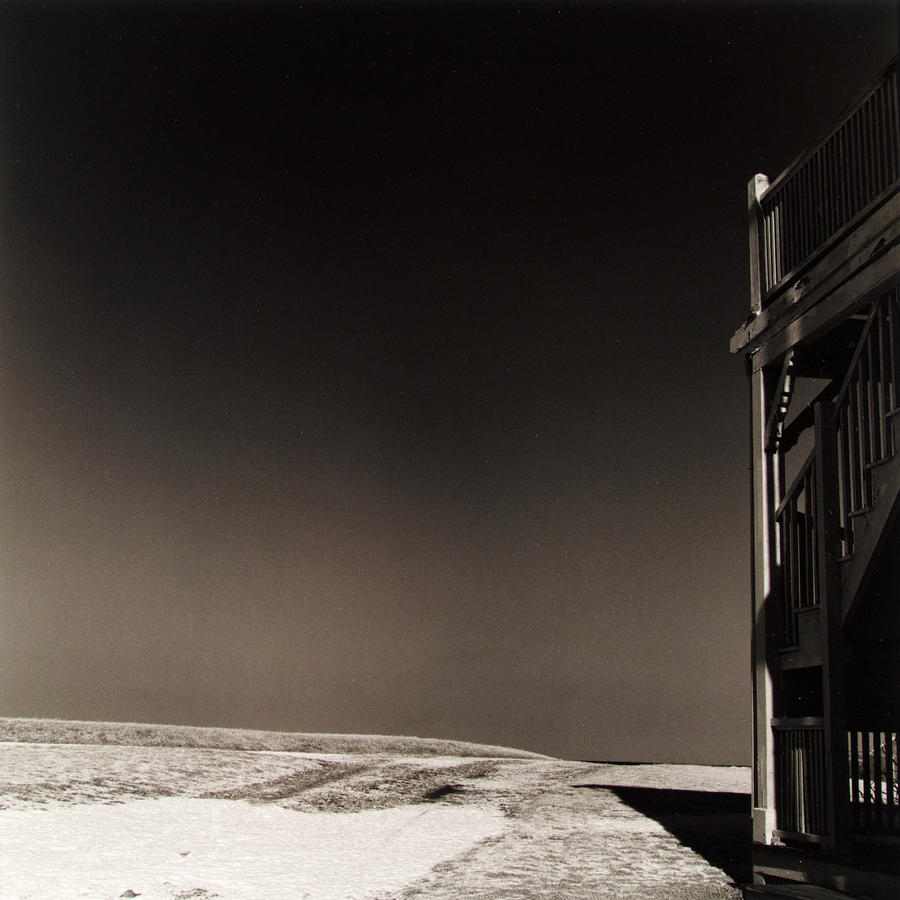 I remember these came hard as I wanted a certain look. As minimal statements, they are series work before I made series work. They roughly connect but are not tightly sequenced, they're simply a body of work in my eyes. It wouldn't be until three years later that I would stumble across sequenced series works with the one called Nantucket. 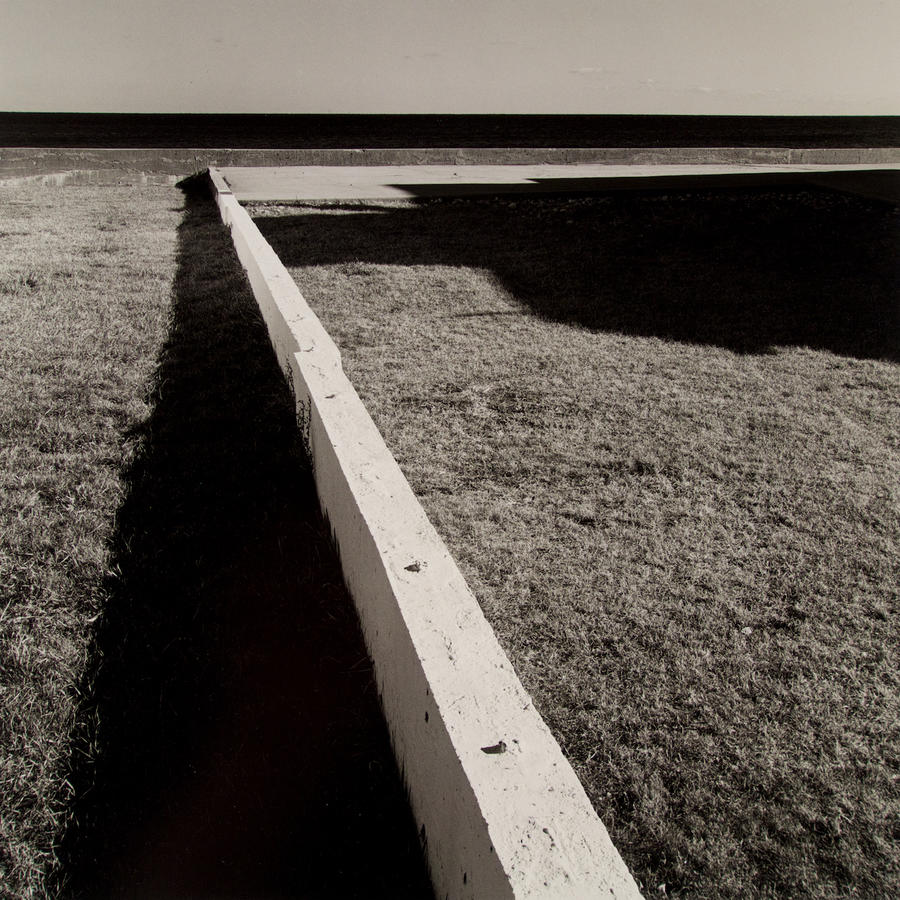 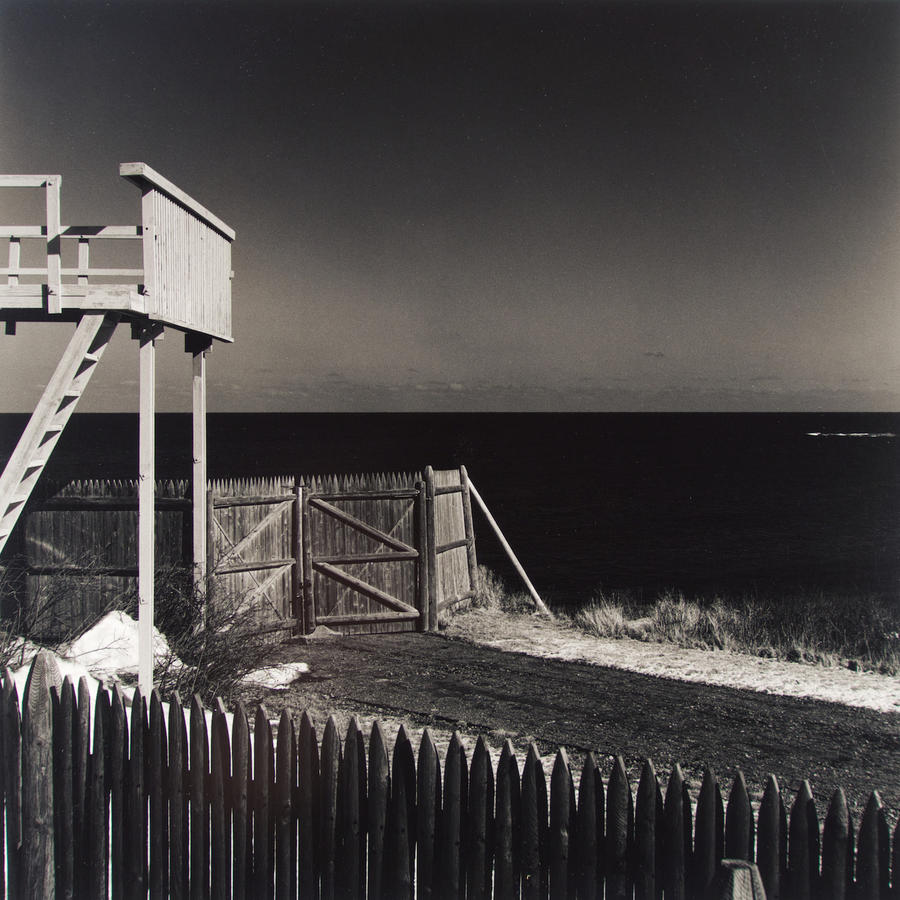 Yes, they are very dark and moody, almost inky in the blacks. Also, they are  heavily toned, with a Kodak toner called Rapid Selenium Toner which was used in the hypo clear tray, after the print was fixed. I used this toner extensively in my  black and white years. I shudder to think how much as it not good environmentally. 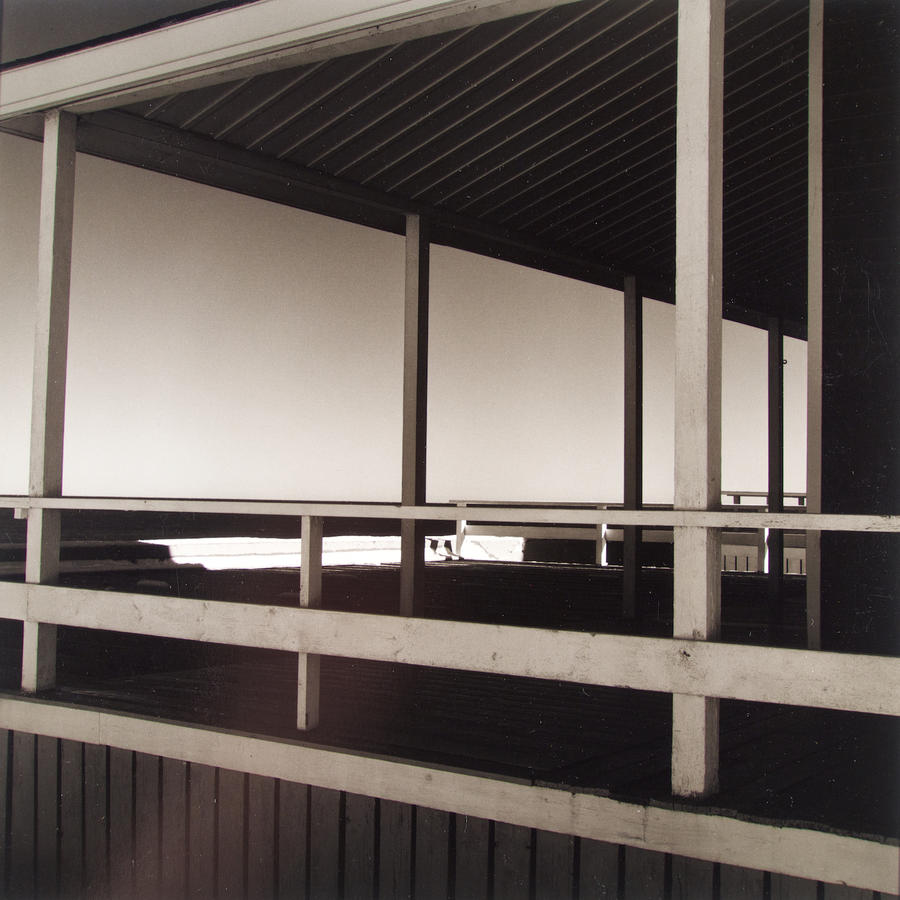 I  made this with a Rollei Sl66 (which I still have), a single lens reflex 2 1/4 camera. I learned that I could place the horizon just where I wanted by raising or lowering the center column on the tripod (mine was geared and had a crank for setting the camera higher or lower). I thought this was cool, of course, as it gave me a sort of power over the outcome of the picture by controlling how thick the band of water would be as I put something in front of it. 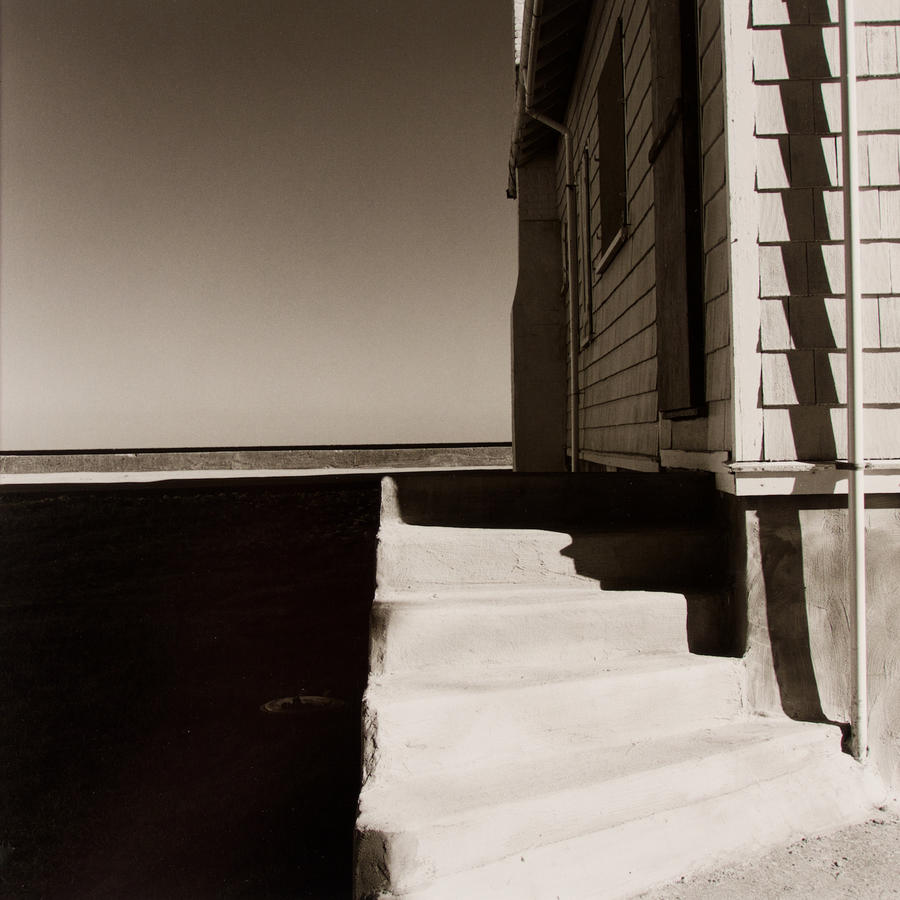 The prints are about 10 inches square and mounted on 16 inch square museum board.

I remember I was entranced with the look of these when they were done. To be able to get this smooth transition from the darkest sky at the top to the lightest at the bottom still appeals. Yes, I was working on a skill set. The ability to render these with absolute evenness and smoothness then was very difficult. This all concerned the processing of the film in that the chemistry needed to flow across the emulsion in a random but consistent manner so that no one area got more developed than another and that no flow patterns were established. So easy today as digital just renders it as it is, but so hard then. Was this work shown? Yes, many times but only in those earlier years. At the New England School of Photography's gallery, at the Addison Gallery of American Art in Andover, MA, in a local cooperative gallery, at a bar, and so on.

The full group of them are up on the site now and hold the distinction of residing at the very bottom of the gallery page as they are the first body of work chronologically on the site (the gallery page runs that way: the oldest on the bottom and the newest at the top). They are here.

Thanks for reading my blog.