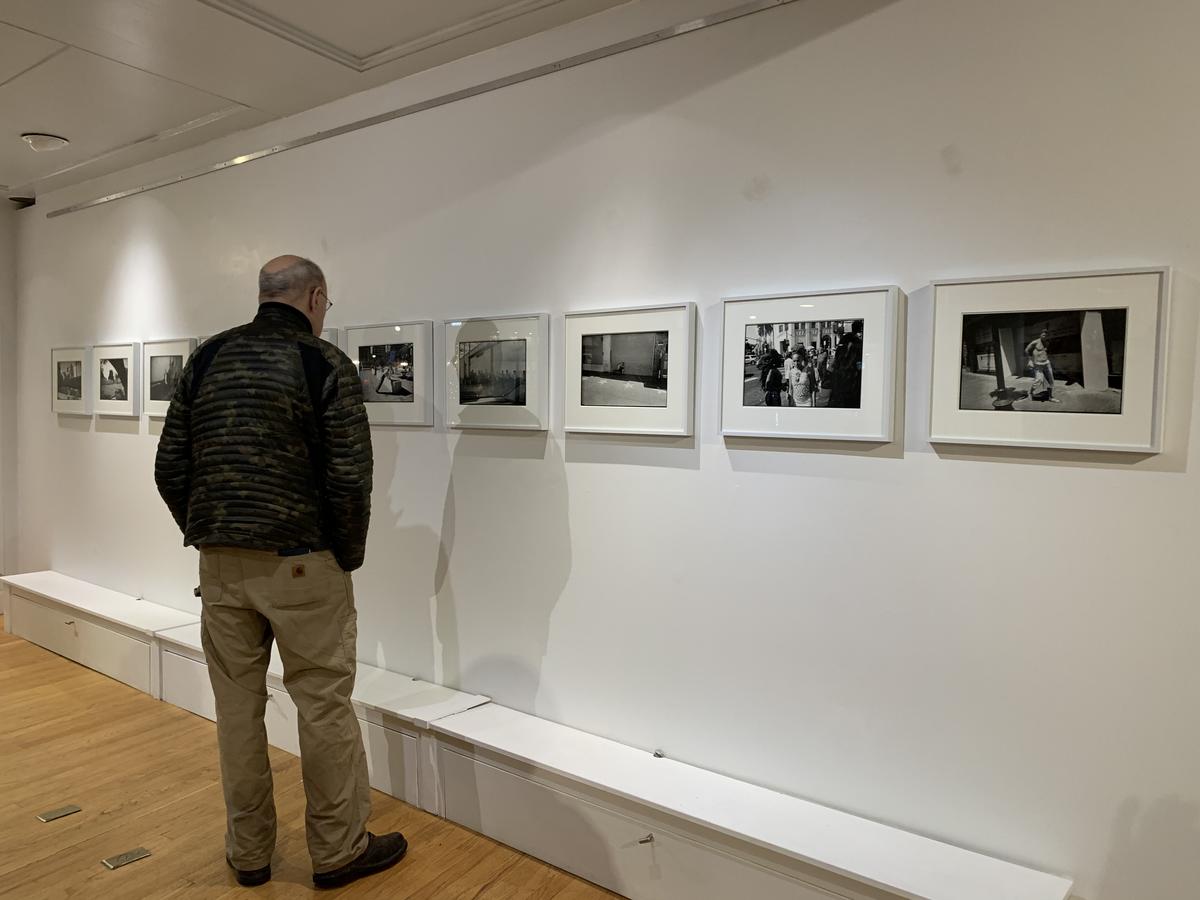 Something to Live For is the title of the Michael Hintlian show at NESOP (New England School of Photography): a title rich in possible interpretations. The show opened a couple of nights ago and is the last exhibition ever at NESOP as the school will close for good March 30.

Erin Carey, the school's director, chose Michael for NESOPs last show as he is a long-time teacher there and has had a major influence on hundreds of students, teaching with directness and a single minded concern for their becoming better photographers.

The show is a befitting tribute to Michael's positive impact.

Came in the main entrance from the street, gallery on the left, two white walls at 90 degrees with bright track lighting above, single rows of analog prints on each wall of framed black and white photographs, matted in white metal section frames. 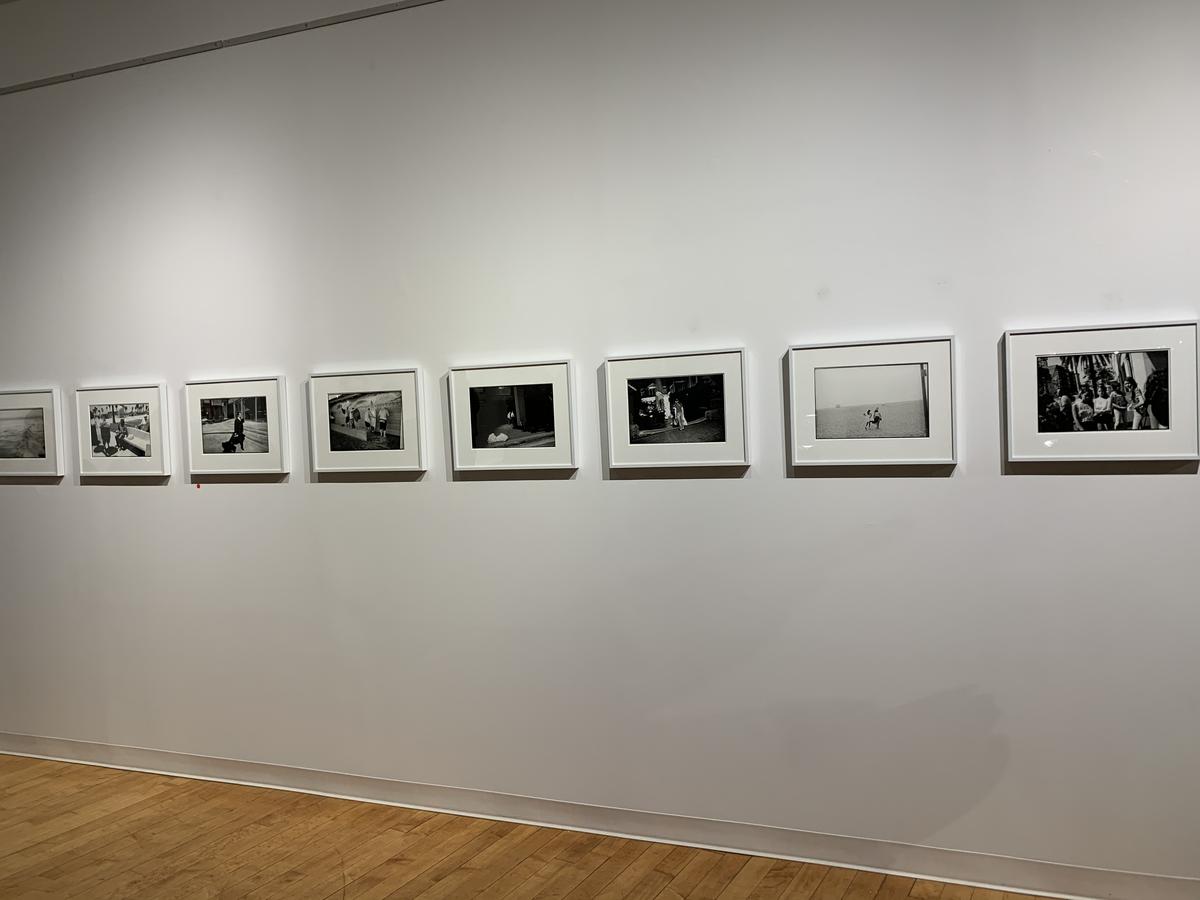 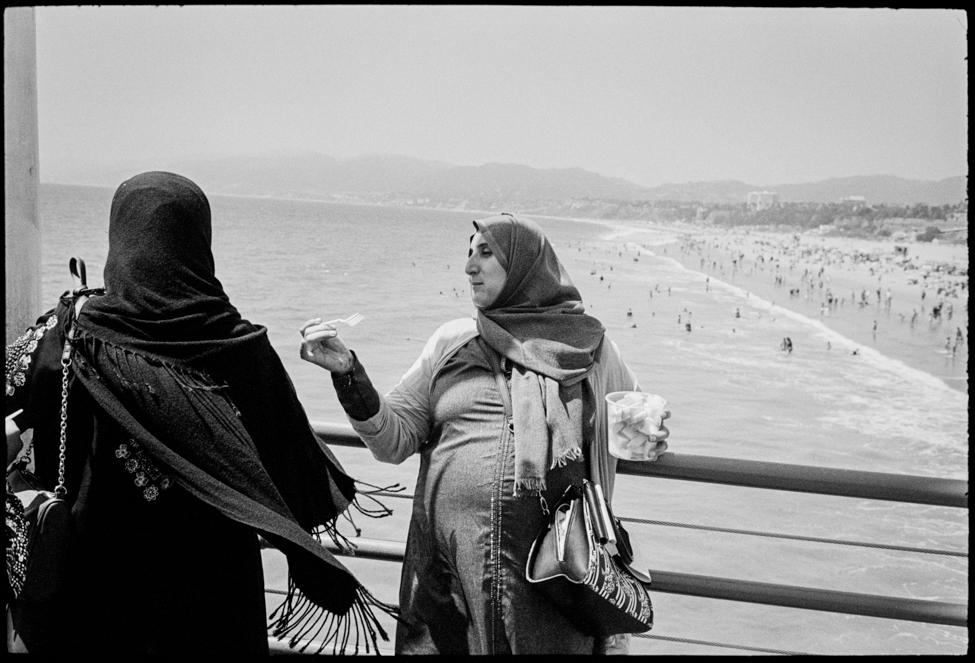 One doesn't or shouldn't scan a Michael Hintlian photograph. You don't "breeze by". One "reads" his photographs. The show is hung to support this. There is a rhythm, a pace, but nothing like a formal narrative and ultimately where they were made is not so very important, except to place us in America,  roughly in the present. Indeed, there are no titles, no statement. Clearly the photograph and its clean presentation is everything. A purist approach. Stand in front of a Hintlian photograph and first up you seek to find the point, the reason it is there, hanging on a wall in Waltham, MA in February 2020. That's not hard, there usually is a person or a few people, there is often a glance, a look, an expression, sometimes confronting Michael but then taken so fast before he/she can make a face, look away, avoid contact. Gary Winogrand did this too, so quick, there and gone before his subjects could react. These are fast photographs, no careful framing, no intellect imposing a carefully considered structure. Intuition plays its role here and experience too. Then on a longer look the rest of the photograph often serves as support of the main point, but there can be a whole other scene taking place in the background or over on the edge of the frame. This can form a comparative conversation, from one to the other. Hintlian's photographs can be deceptively easy, and then easy to dismiss, easy to say this one's about that. But a deeper read will provide more. It is clear he intends this, for the photograph to reveal itself under harder scrutiny, like peeling an onion, more to show us the more we look.

It must be said that this is not how people look at photographs today, swiping by in fractions of a second on a "device". Seeing no details, studying nothing. 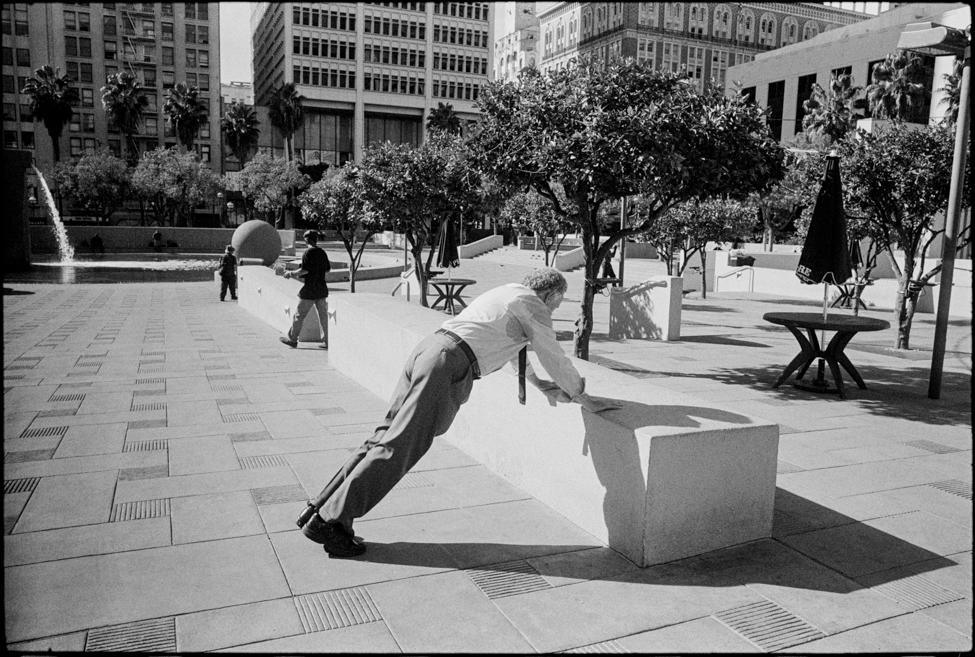 Okay: first we see the man in front and center doing push ups in business attire, sweating presumably on a hot day, stains under his arms. A whole story there and clearly the major player that has us asking questions. But there is a chamber piece, as in Dvorak or a Bach Cantata, taking place in the receding space of the wall, two figures like slalom skiers working their way through the gates with the final end of the sentence being the thin stream of water in shadow flowing into the fountain on the far left, the tables and steps and small walls playing supporting roles to the overall image.

Contemplation, meditation, acceptance, serendipity and magic can seem like odd words to describe these photographs.  But these are not just light little anecdotes, brief slices in time, incidental respites in a busy world. Good street work, and make no mistake, this is good street work, can appear choreographed or staged, seeming to be orchestrated content that makes incredible connections. Odd that something made so very quickly asks us to slow down and study it over time.  Of course, so many wish for this, for viewers to spend time with our work, form connections, see the metaphors and analogies in our pictures. Michael Hintlian's photographs require it. 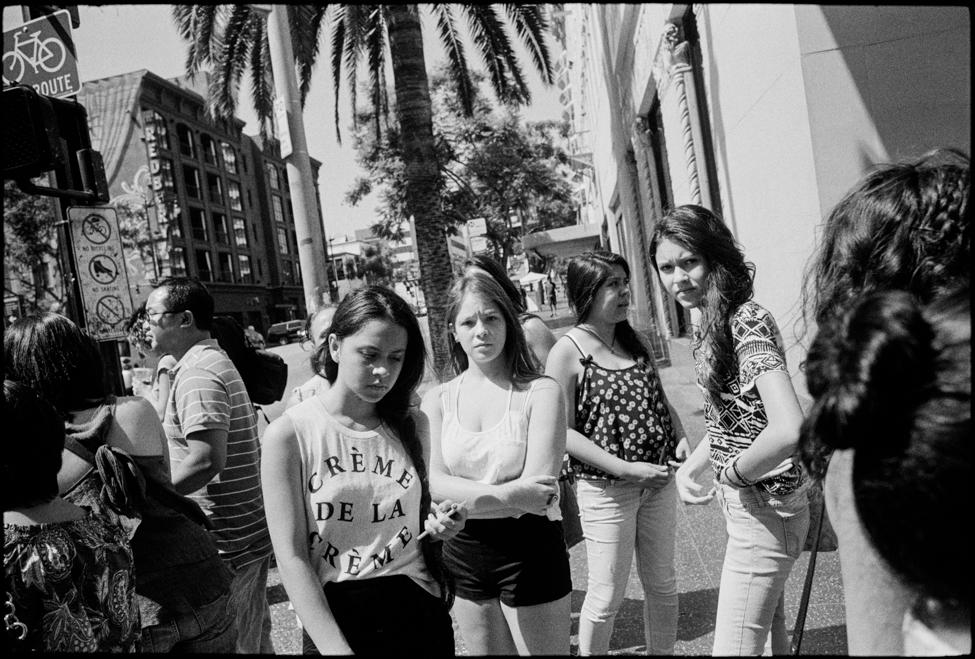 Show is up through Much 6