As this blog on my site has progressed and my understanding of just how to do this has increased I am going to try a few profiles of other artists I've run into. This is  too rich a communication tool to restrict it to just my own thoughts and work. Highlighting the work of others allows me to share the insights and expertise of some really wonderful and fascinating photographers. I also plan on profiling some of my former students.

First up in this series is Michael Hintlian. I haven't known Michael long and first had some conversations with him through my trying to sell him a camera. We would meet for coffee, talk tech and gear but also talk about where we came from aesthetically. Michael is a hardcore street photographer at heart. This is a field I have always had a huge admiration for: to be able to be reactive, quick, intuitive and fluid in making pictures is something I have worked at my whole career.  Over twenty years of shooting 8 x 10 has had its affect on me and I just don't shoot so fast so well. But Michael sure does.

Michael Hintlian, a full-time documentary photographer, is based in Boston. His work has appeared in major U.S. dailies and international periodicals, and has been widely exhibited and collected. His photo-documentary of the Central Artery/Tunnel Project in Boston (the Big Dig) was recently published; Digging: The Workers of Boston's Big Dig (Commonwealth Editions). He is currently at work on documentary projects in the former Soviet Republic of Armenia and Nagorno-Karabakh as well as projects in Central America, Africa and the United States. Hintlian has served on the faculties of The School of the Museum of Fine Arts, Boston, The New School for Social Research, New England School of Photography and Parsons School of Design, New York. 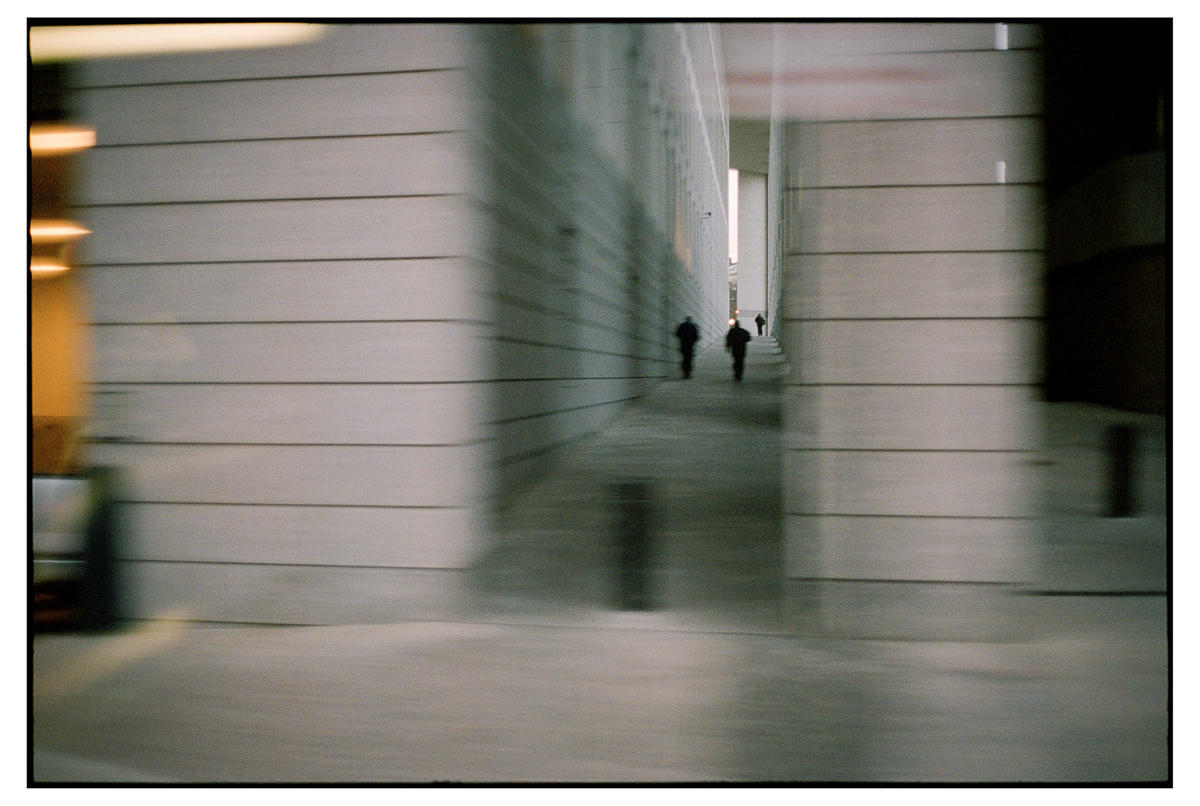 I am showing images from his project titled "No Transfer" . This is an ongoing project of photographs made through the glass of a moving train or a bus. 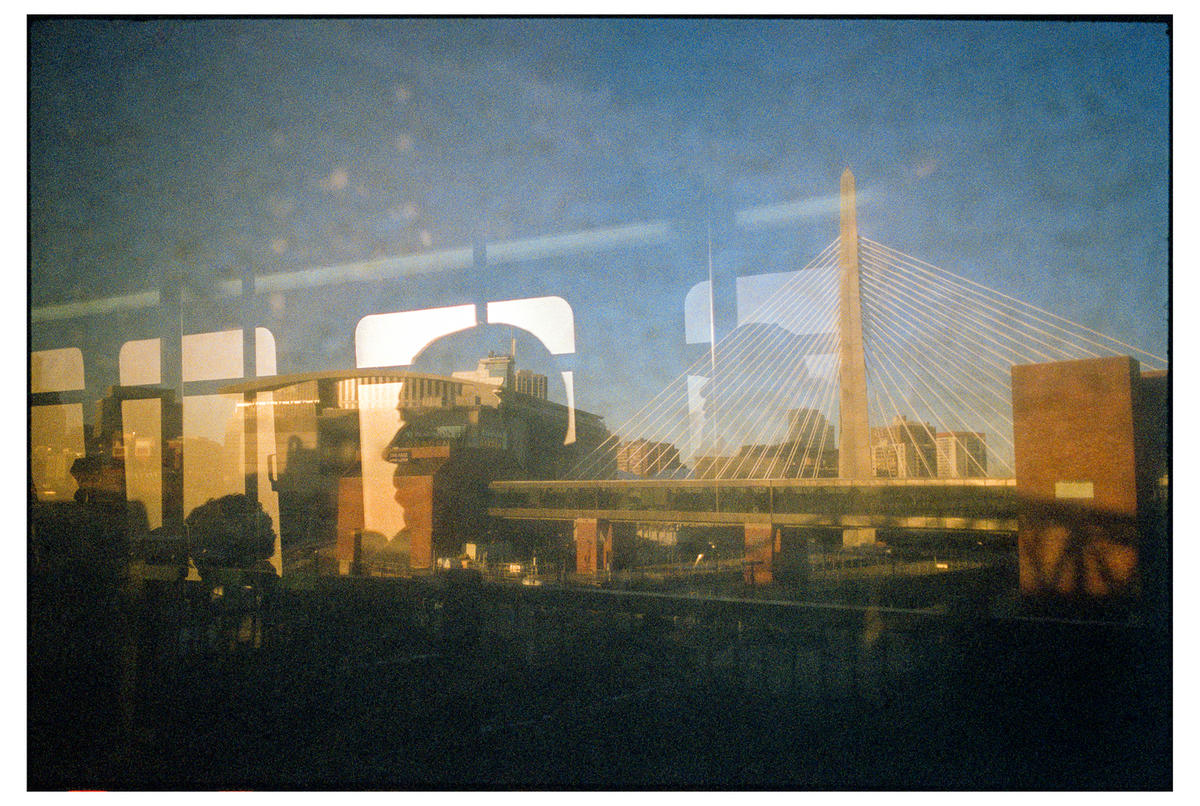 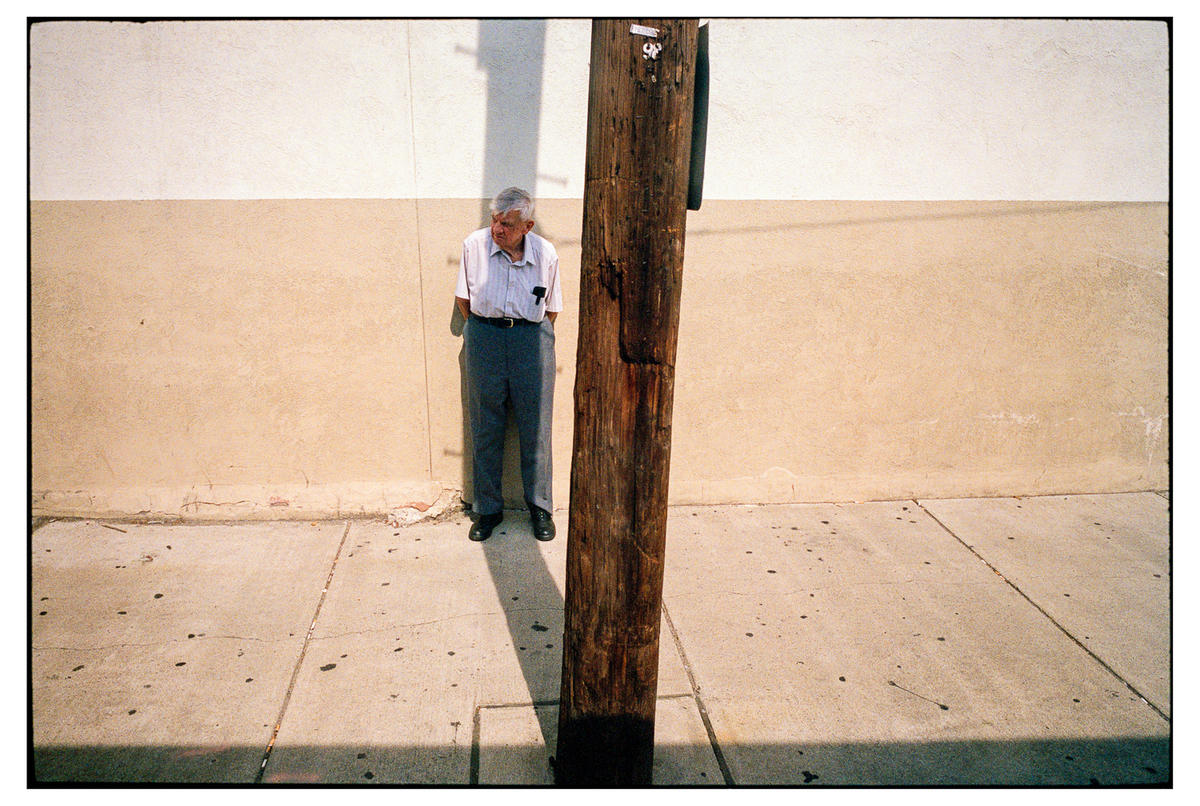 I'll let Micheal speak about his work himself:

I've always worked in defined blocks or projects extending for years. I worked in the former Soviet Union - mainly in Armenia and parts of Azerbaijan - starting almost immediately after the fall of the Berlin wall through the 90's, I made 10 trips there each for as long as the longest visa would allow...usually a month. It was work I saw as important as these satellites became independent the life of the average citizen would change profoundly and I wanted to make pictures that showed how that looked.

In writing about "No Transfer" he writes:

My only motivation is to make interesting pictures. It is not about imagination for me, I am driven by what shows up in the finder and the problem of containing it in the moment, it is about what to include in the frame and when to press the shutter. 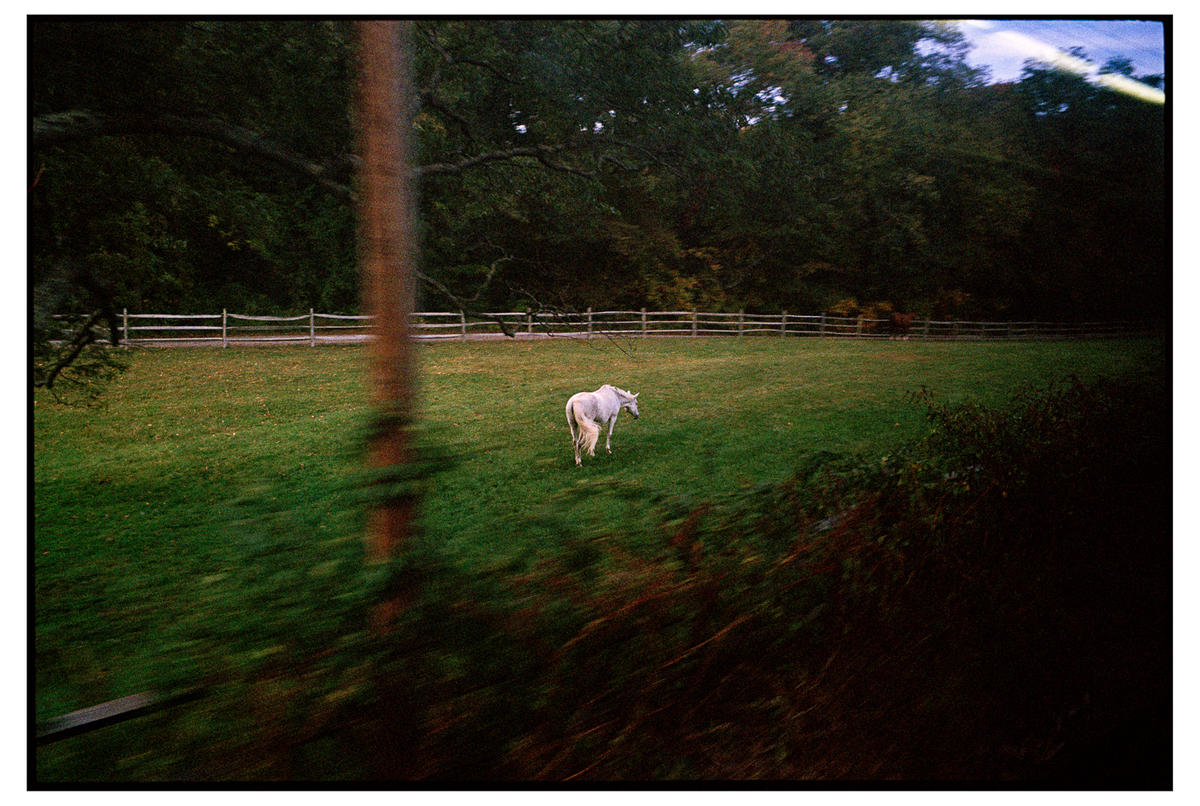 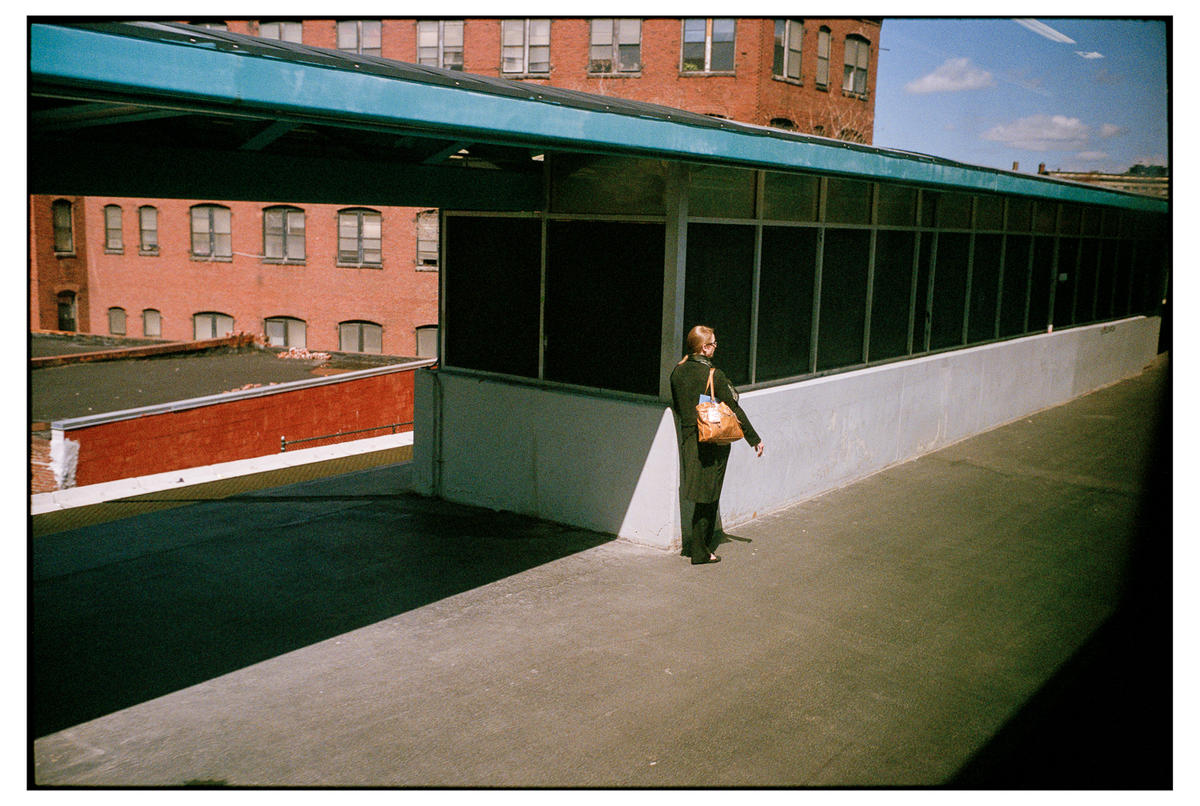 Finding significance in the mundane... some little slice of time on an ordinary day at an unexceptional time...drawing attention to what, nothing? Becomes everything. These are wonderful pictures. 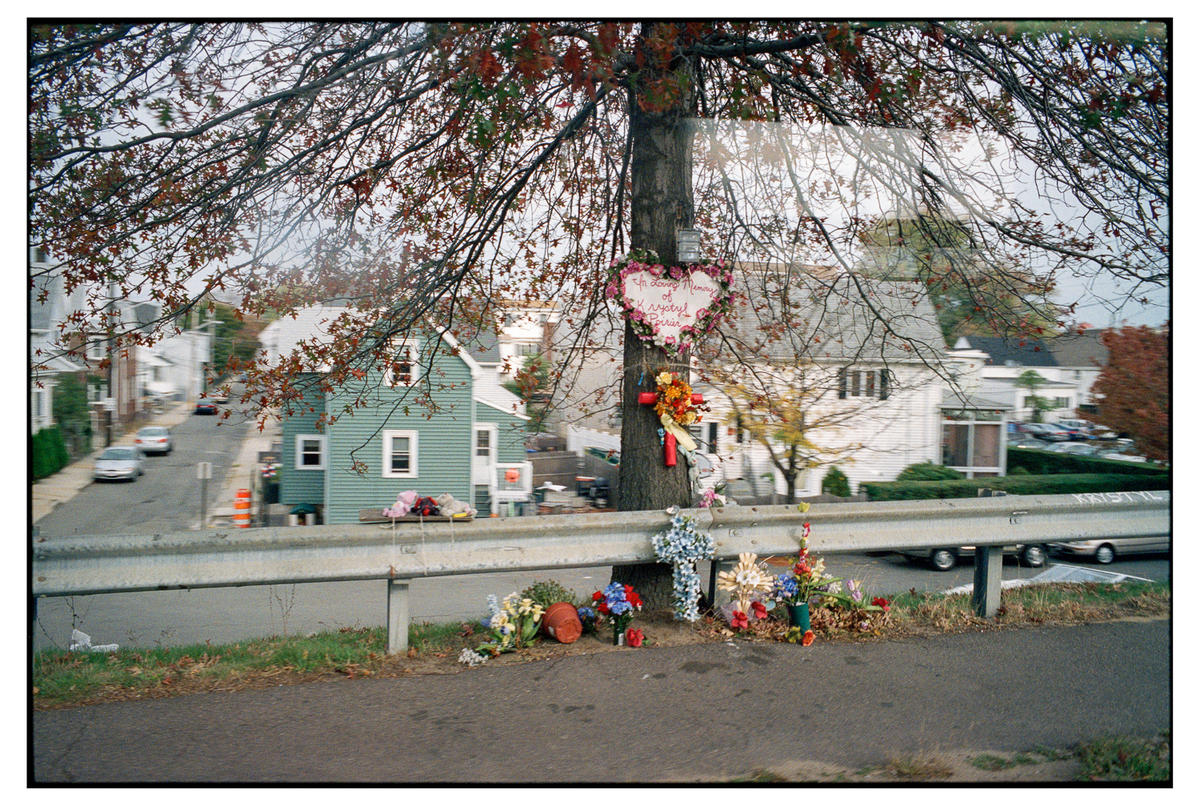 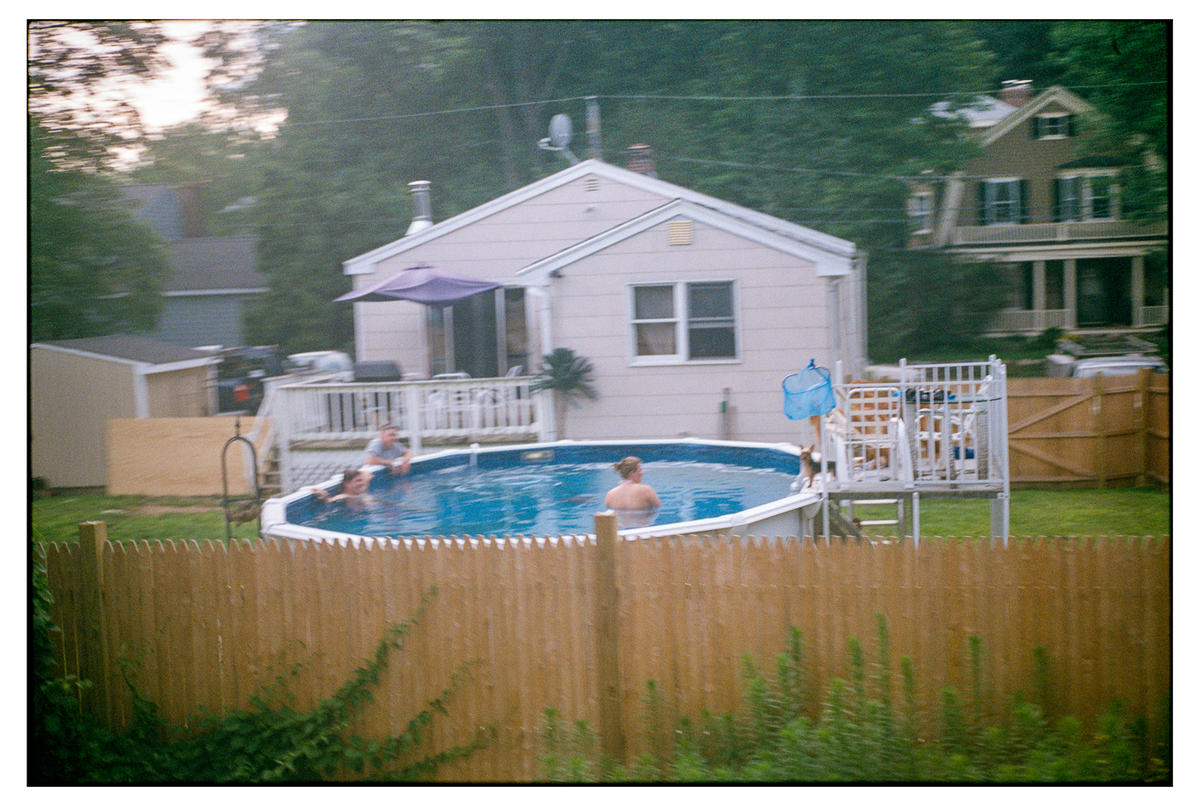 When Michael showed me prints of "No Transfer" a couple of weeks ago, I was struck by how much they looked like good C prints or perhaps dye transfers in that they looked "photographic" to me. By this I mean natural, or believable. Color inkjet photographs seem to separate out into two camps these days: photographs made by people who have backgrounds in shooting with film and making darkroom-based C prints and those who don't. The photographers from the latter camp make pictures, for the most part, that don't look natural to me. Colors get too pumped, contrast is too tweaked and things tend to lean towards too saturated. 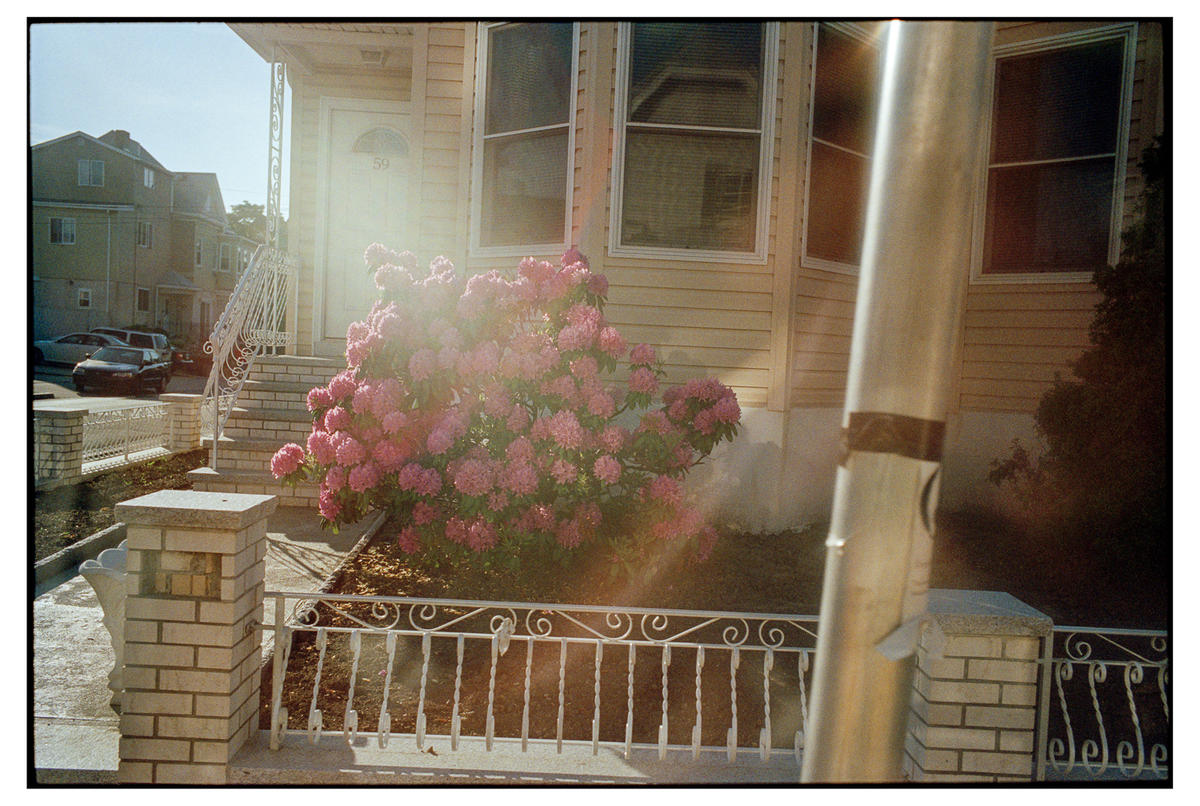 In interviewing Michael for this profile I asked him if  he had places to show his work and how important this was to him. While he'd like to have a gallery representing him I got the impression that showing was not his highest priority. He feels the work itself is important enough and that he needs to continue photographing. I understand, although many would say that the last thing we need is more pictures at a time when we are flooded with imagery daily. Michael Hintlian believes, to some extant, that his job or role is to be the maker of the pictures and the rest perhaps is a little out of his hands.

When he said this, I was reminded of a time when I was told the same thing  in a  different way. In the eighties Brent Sikkema was the gallery owner of Vision Gallery on Newbury Street. I would show him work from time to time. At one point he told me that this was a very good period in which to make the work. This was clearly a way of telling me that while I probably wasn't going to be the next Ansel, Edward, Henri, Gary, or whatever, I should go ahead and not worry too much about the end game but immerse myself in the making of pictures. I did just that for most of my career, worked on the pictures and let the rest just happen.

I think that Michael Hintlian is doing just that, working on the work. Is this a balanced approach? No, but it is very clear and emphatic and I like that.

Finally, this is a killer line:

What a wonderful way to encapsulate and essentialize the intent of so many of our finest documentary photographers.

All photographs are by © Michael Hintlian and  cannot be reproduced without the express written consent of the photographer.

Like this profile? Have comments? Let me know at: Neal's Email