In the fall of 2019 I took a day to drive up to the Hampton Airfield to fly over the marshes that are just in from the coast near the Seabrook Nuclear Plant in southern New Hampshire. 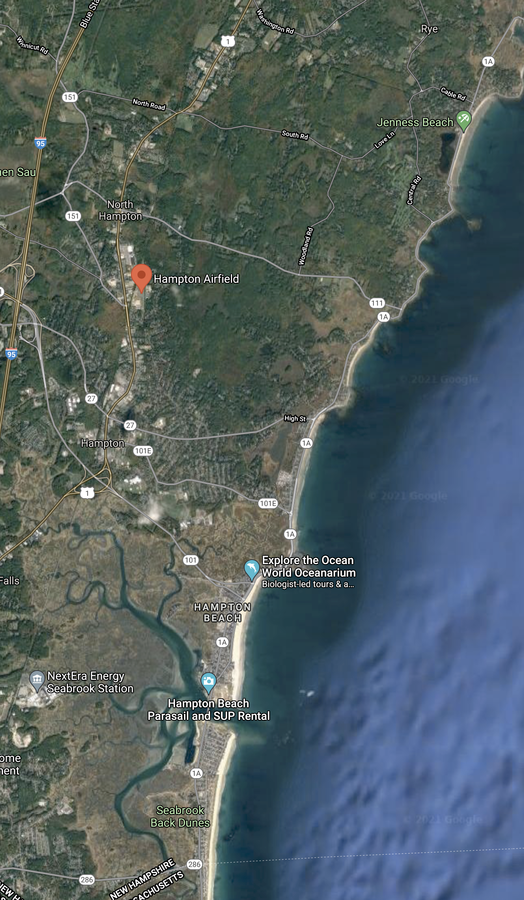 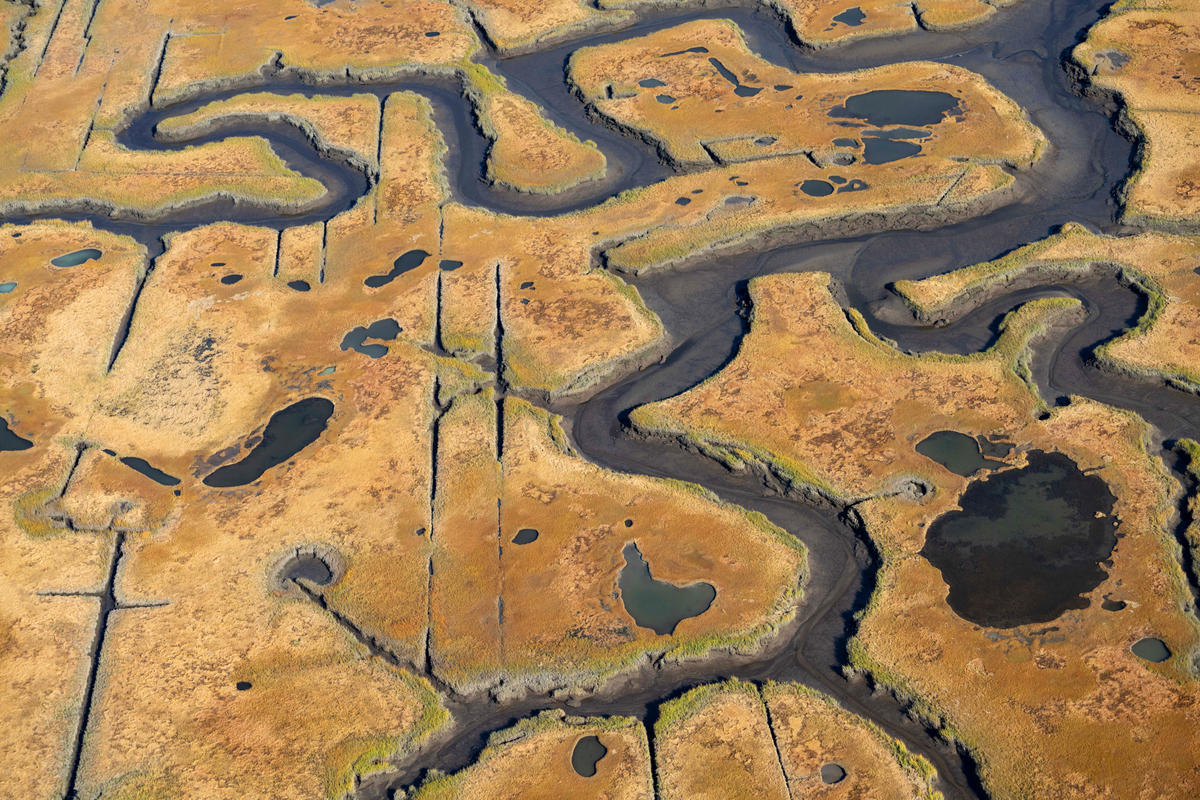 Incredible really and such a vivid contrast to what I'd shot in May a few years earlier of the marshes just south of the NH border near Newburyport and Ipswich. 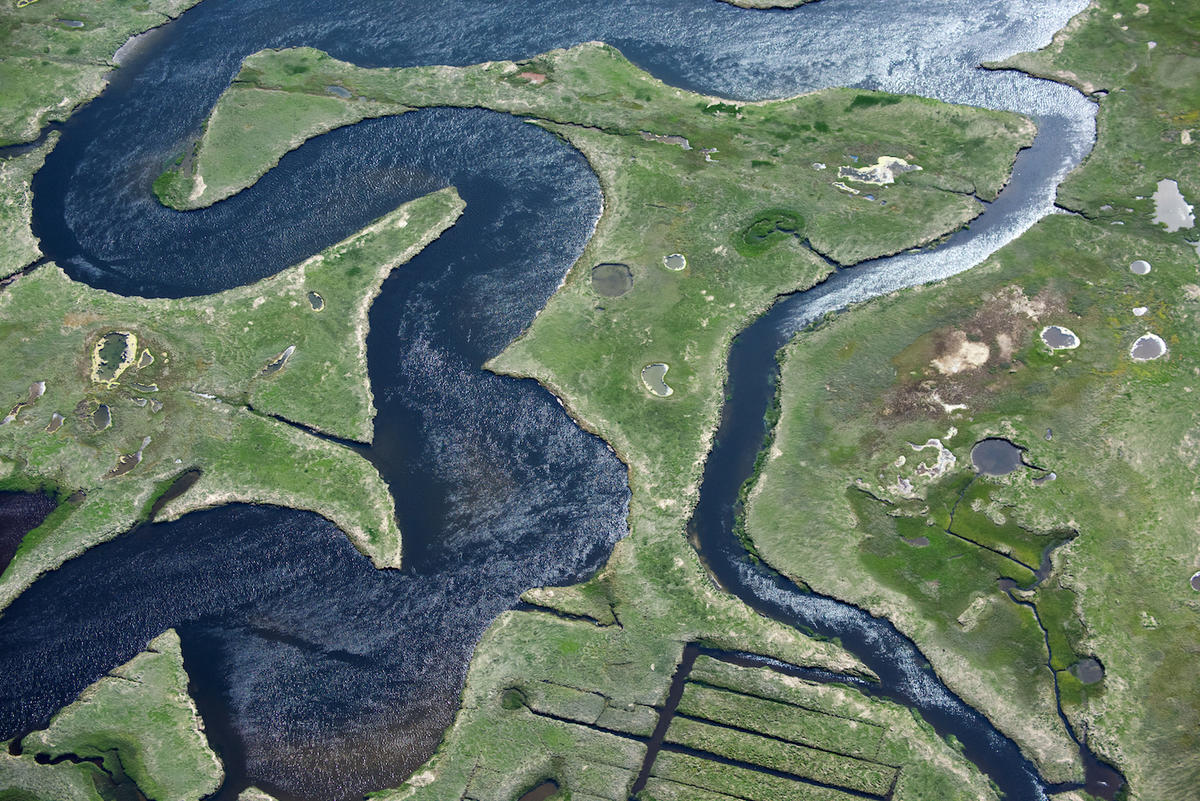 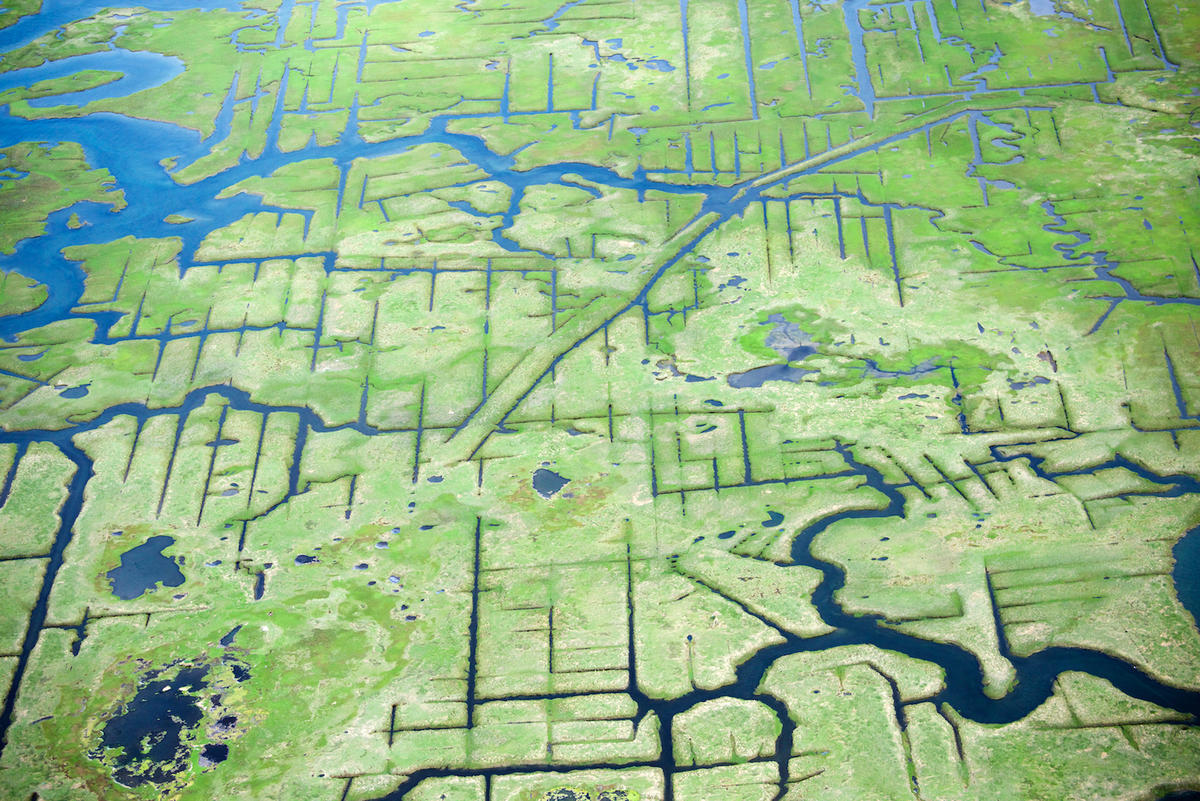 But why the title "Significant"?

Ever since I began to make aerial photographs the formula for success has been whatever Nikon DSLR I was using at the time, be it the D3X, the D800E, the D810 and now the D850 with whatever generation Nikon 70-200mm f2.8 lens I was using. So very many successful photographs that it seems impossible to single any out.

Here are a few:

If you go to the site and search through the aerials, they are all with some Nikon DSLR, except one: The New Hampshire Marshes.

By about 2010 or so I was clamping the Kenyon Gyro Stabilizer to the tripod fitting  on my camera when I was making aerials. Initially, starting with a too small unit, later upgrading to a larger one as my heavy camera needed a bigger gyro to work effectively. This made a tremendous difference in my aerial imagery and brought me close to 90% sharp compared to more like 30% without it. Vibration is no joke from a small airplane. 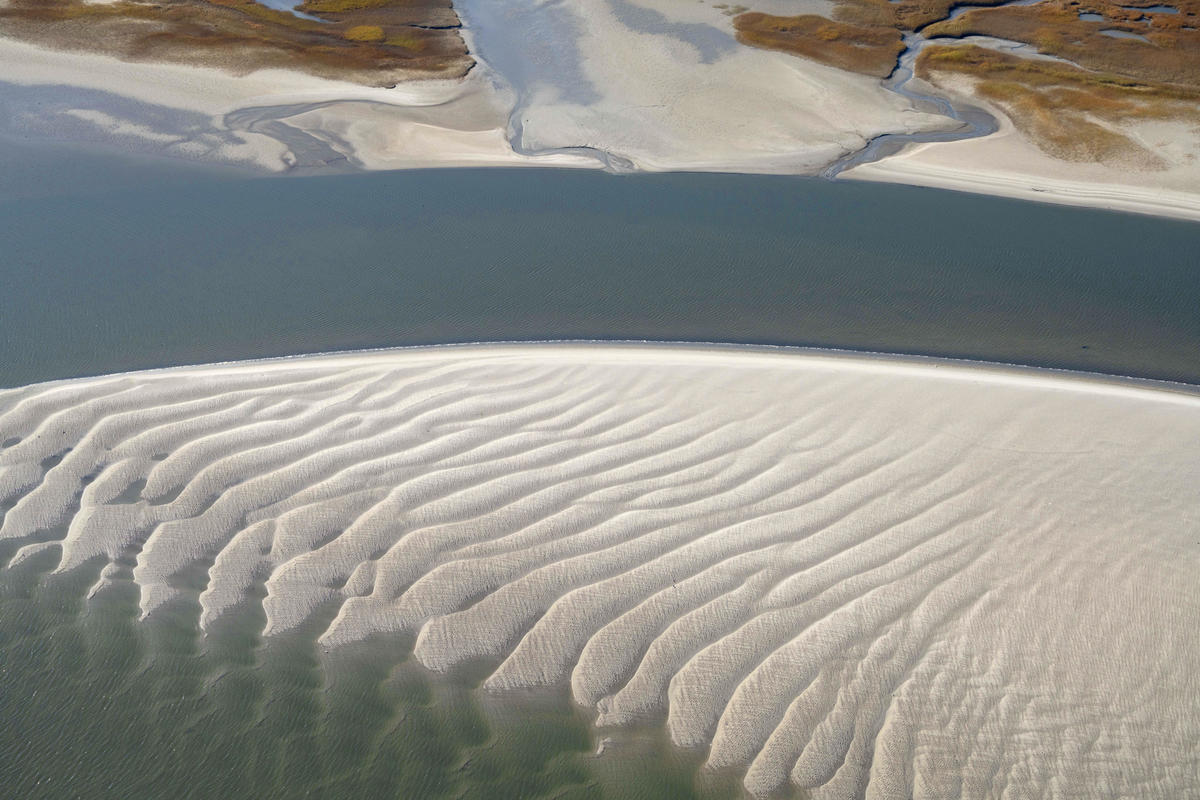 I won't bore you with the steep learning curve to making good aerials. Email me (nrantoul@comcast.net) and I can steer you in the right direction.

But, ever since I started with the Sony mirrorless cameras I wondered how things would go using one when making aerials. Initially, I was working with earlier versions of the full frame Sonys known as the A7r's. From the II to the III they were making files smaller than what I was getting with the Nikon, but when I switched to the IV at 61 megapixels I knew I'd need to try it from above.

The NH Marshes pictures were made with the Sony A7R MK IV and the Zeiss 70-200mm F4 lens. I used the gyro stabilizer on this shoot with internal and lens stabilization turned off. 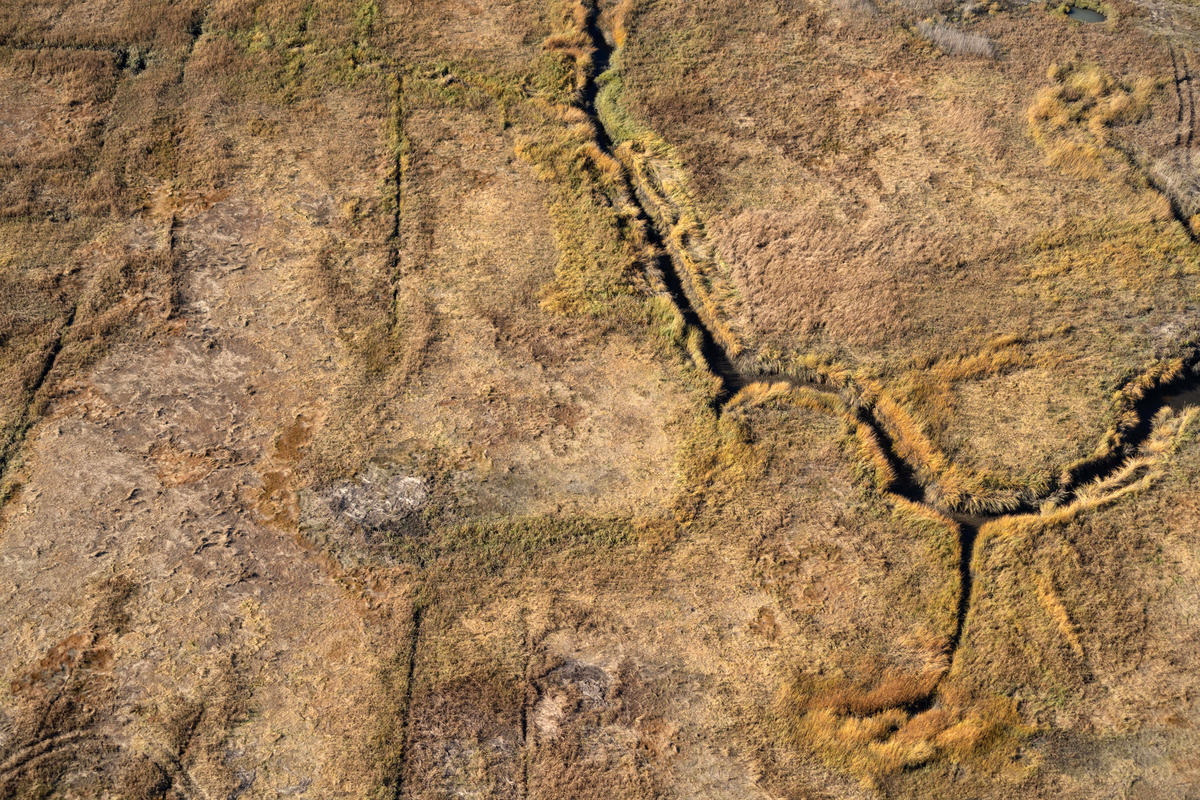 The end result? A major success. Excellent files, a good percentage sharp and well exposed. Lighter to hold too, as with the stabilizer this is a heavy set up and my arms get tired after shooting for an hour or so. 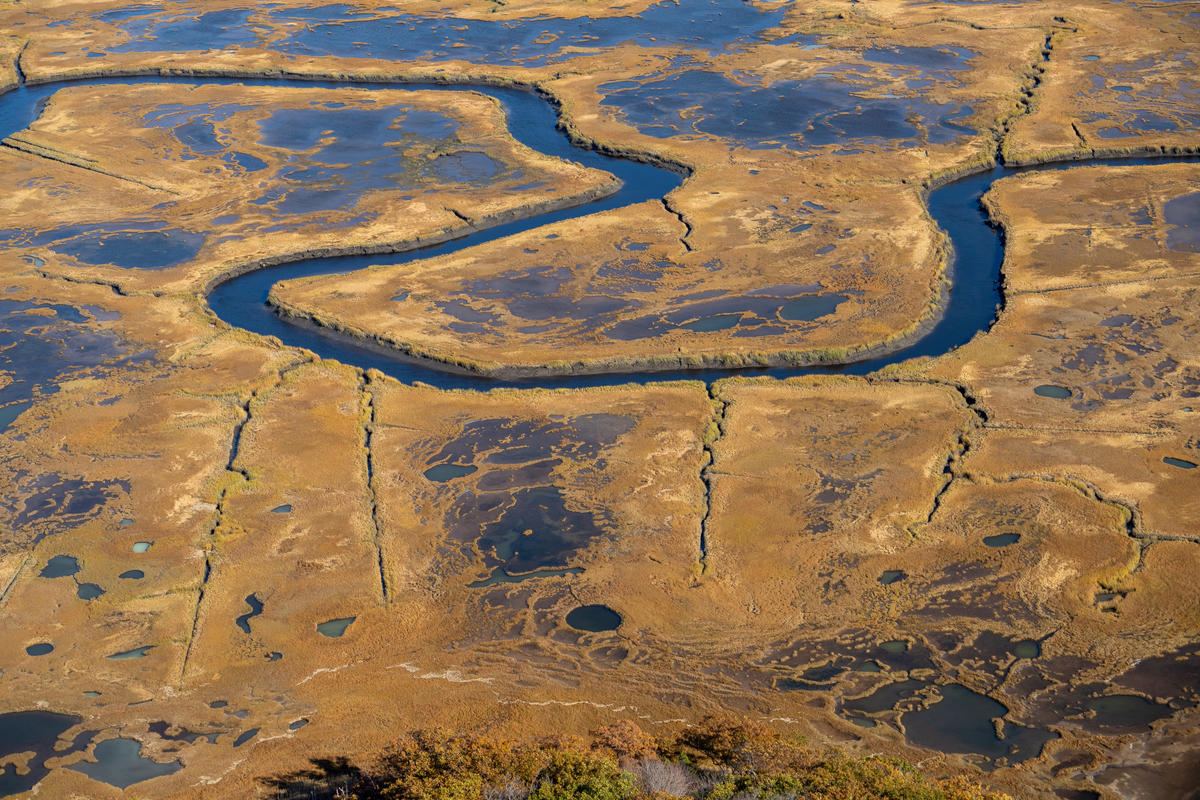 This one above was in a group show at the Concord Art Association this past winter (2021)at 40 inches across. It looked very good.

How often can you make pictures for research and have them turn out to be useable for your practice?

Would I photograph aerially with the Sony again? Yes, absolutely. It was just too good. This therefore removes the last obstacle to selling off the Nikon kit, sadly. It is always hard for me let go of gear that has made me really wonderful pictures. The days of the Nikon D850 and a slew of first rate lenses are numbered. Photography has always been dependent on technological changes to making better pictures. From analog to digital and more recently from the single lens reflex to mirrorless.

Thanks for reading the blog, always.

We fly out of Hammond, northwest of New Orleans. My pilot's name is Ashley, a flight instructor. She is 28 years old, 7 months pregnant and a good pilot. Contrary to what you might think, flight instructors are very often newer pilots rather than veterans. We cross Lake Ponchatrain, made famous as the back door monster that broke through the levees and flooded the city of New Orleans after Hurricane Katrina almost ten years ago. Read more