This is another in the group of blogs I've been posting taking a look at series made but not seen. Well, mostly not seen. The Northampton Fairground pictures were made in 2001. In 2010 I did show some of them at an exhibit I had at Panopticon Gallery in Boston but I'd be willing to bet that few of you have seen them before.

The full series is on the site: here.

These stuck to a prescribed plan, well oiled by this time. Scout area to shoot, load up with several rolls of black and white film, hang light meter on strap around my neck, walk and photograph in a proportion of about 4:1, meaning overshoot and then in editing cut down to about 1 keeper to every 4 shot.

By 2001 the future seemed clear to me. The days of my darkroom printing were numbered. The Fairground pictures are one of the last I made on film and printed with an enlarger using chemistry in my darkroom. While I would stick with shooting film for several more years I would soon be scanning and inkjet printing my pictures. 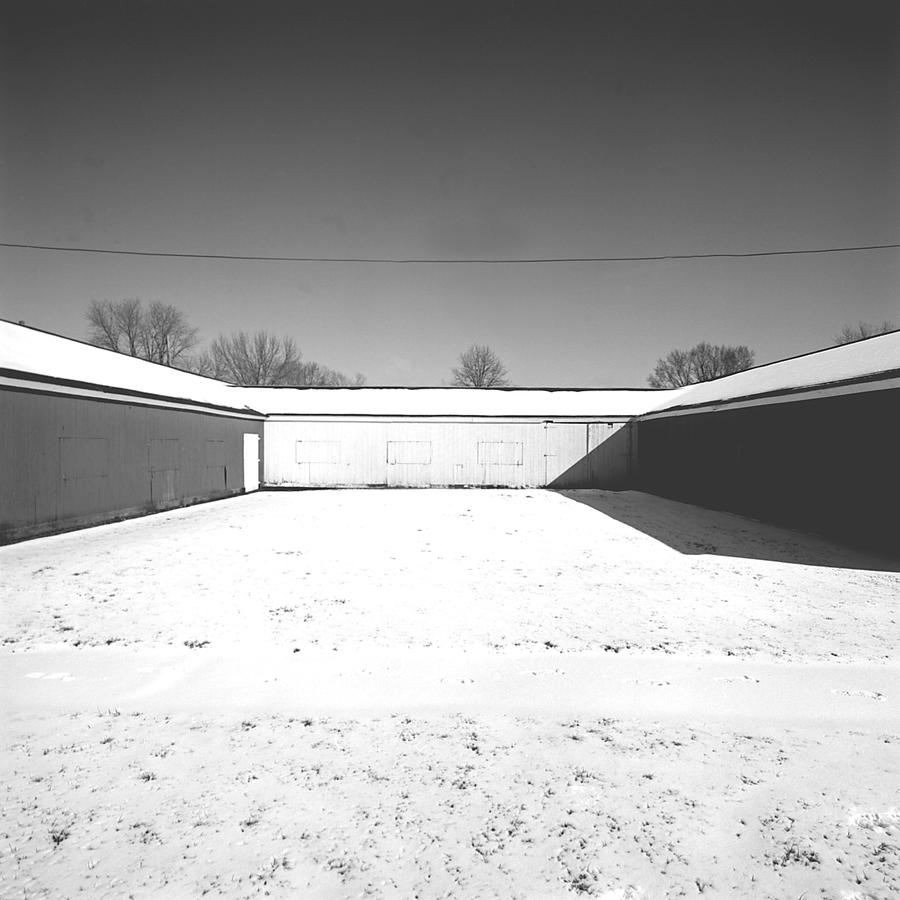 Of course, snow to a landscape photographer presents opportunities and challenges. It tends to reduce content, emphasize what's above the horizon line and maximize form. These were made mid winter on another of countless "get in the car and drive looking for photographs to make" day trips, very often on Sundays if I was teaching during the week. Northampton is about 1 1/2 hours drive out the Mass Turnpike from where I live in Cambridge. Not being well known had its advantages. Most free days were just that, no conflict, no one calling, no gallery representing my work. Free time to work. 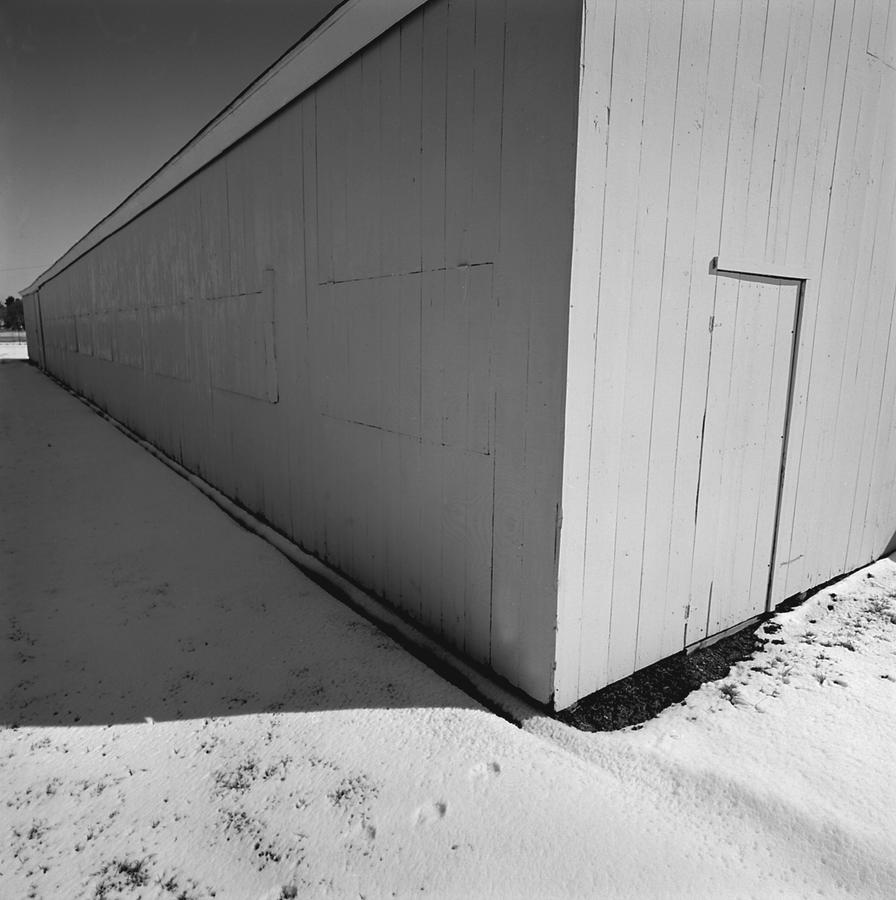 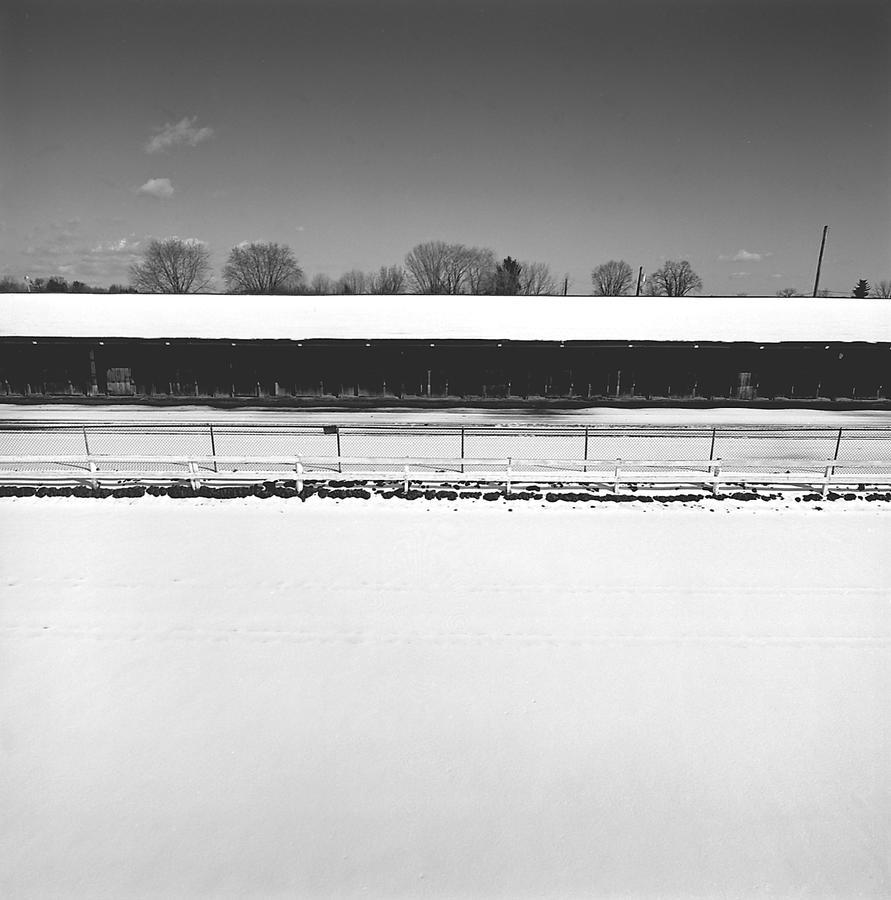 In all these years I've learned to give serious attention to any and all fairgrounds I come across, if I can get in. The Northampton Fairground is gated but on a Sunday morning with a fresh coat of snow, the gate was open. 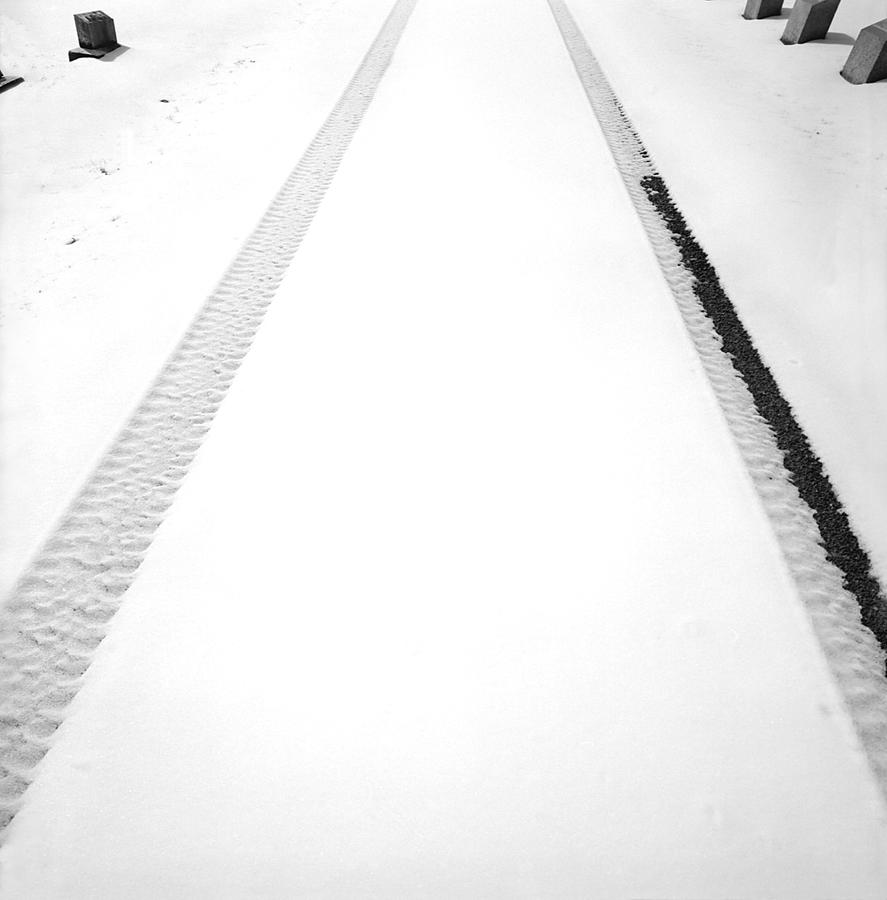 There was a little cemetery along the back edge of the fairgrounds that got my attention. 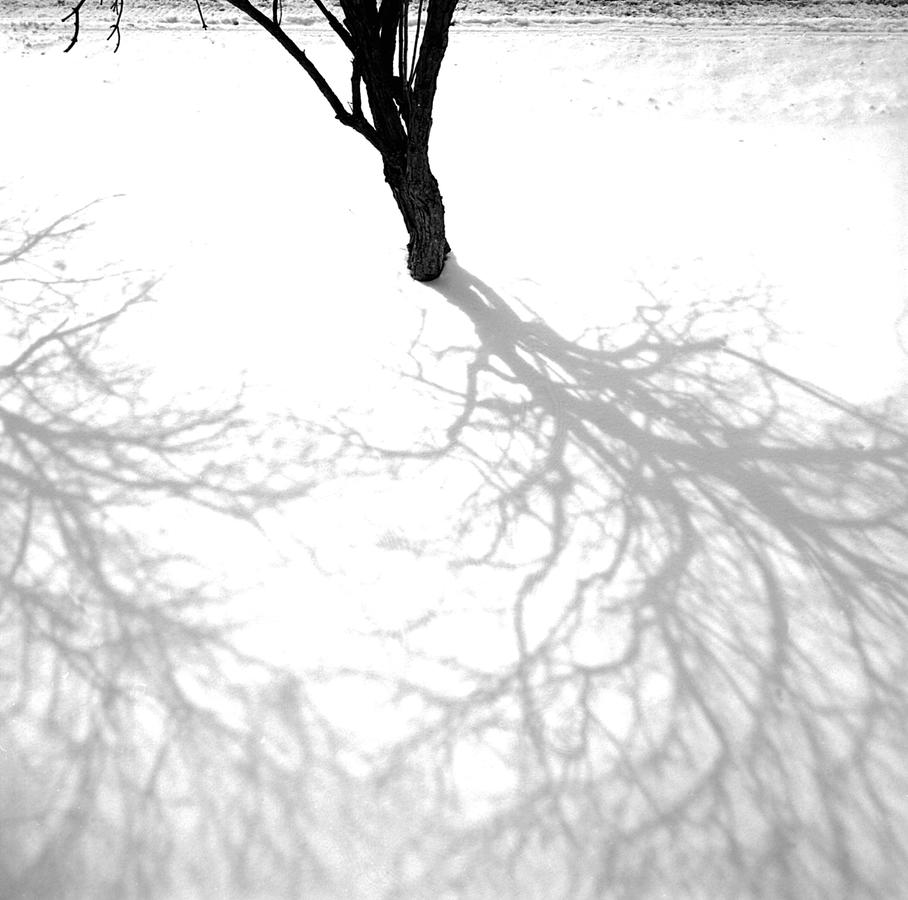 This is what Mark Feeney, one of the Boston Globe's photography reviewers, wrote about the above picture:

When a Rantoul photograph includes any effect other than the most straightforward, the result can be ravishing. A picture of the Northampton Fairgrounds shows a tree in snow, an image of almost Zen spareness, yet cropped in such a way that a delicate tracery of shadows from the branches fills much of the photograph.

The words by Feeney have helped me through far leaner and meaner times. Thank you, Mark. 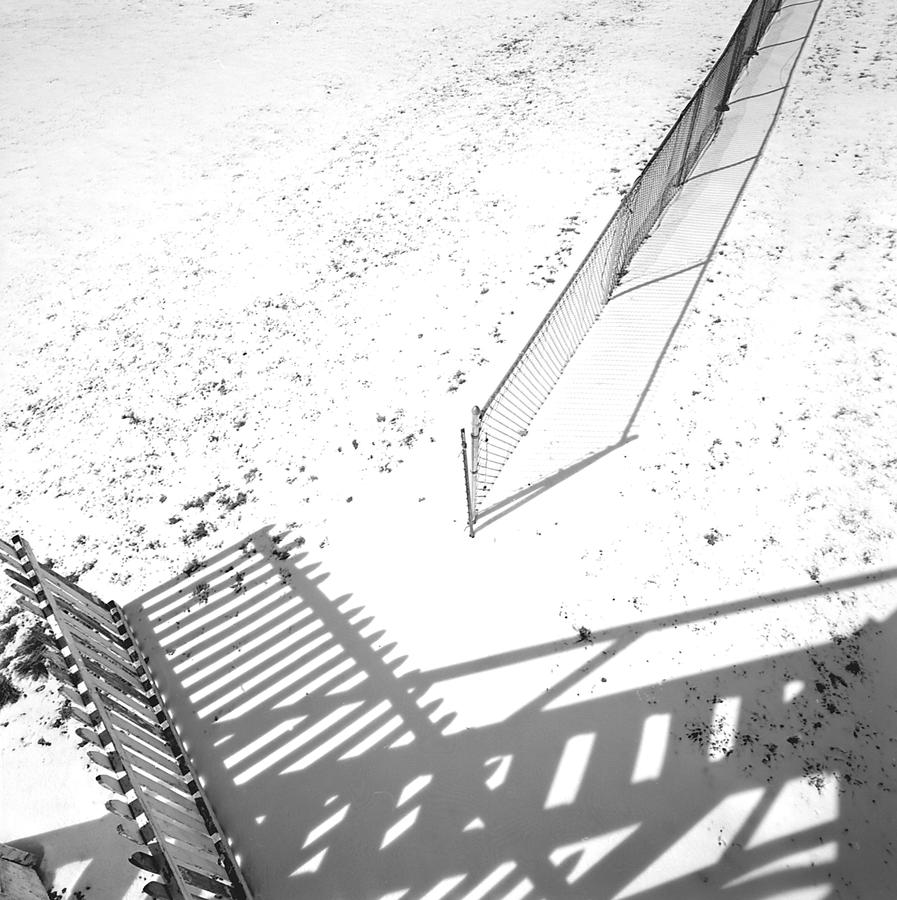 I continued to play with angles, the snow and bright sunlight helping here, removing the ground and allowing work with the shadows. 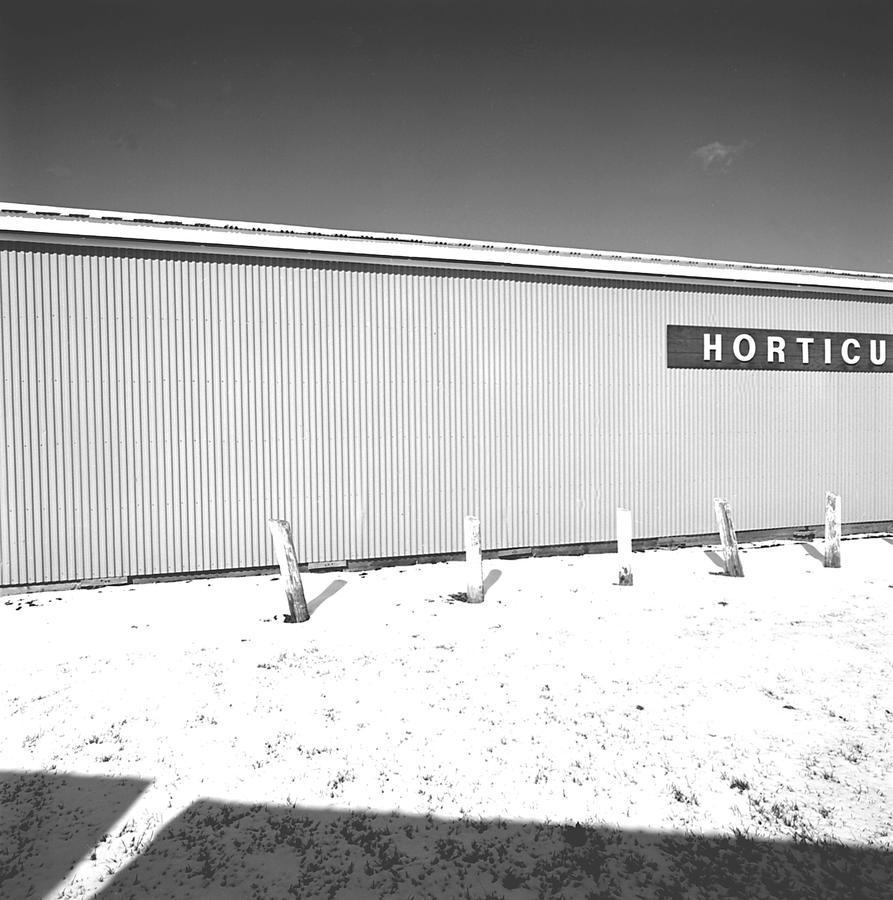 Then, play with words, culminating in this one below: 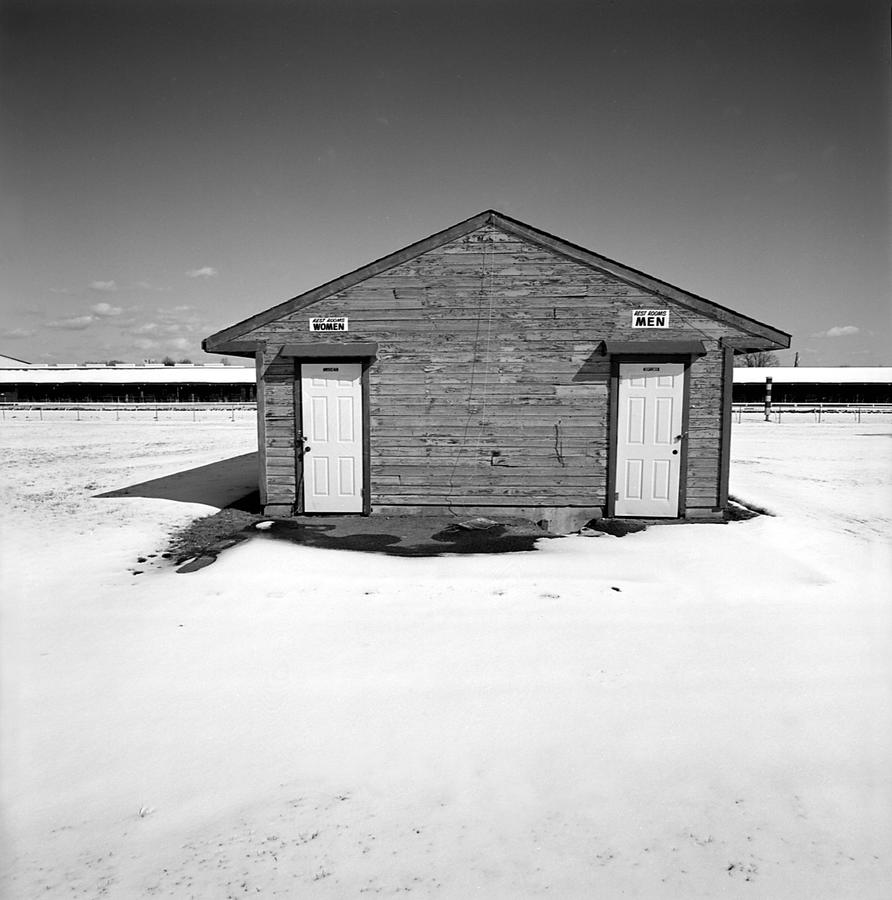 And then concluding with: 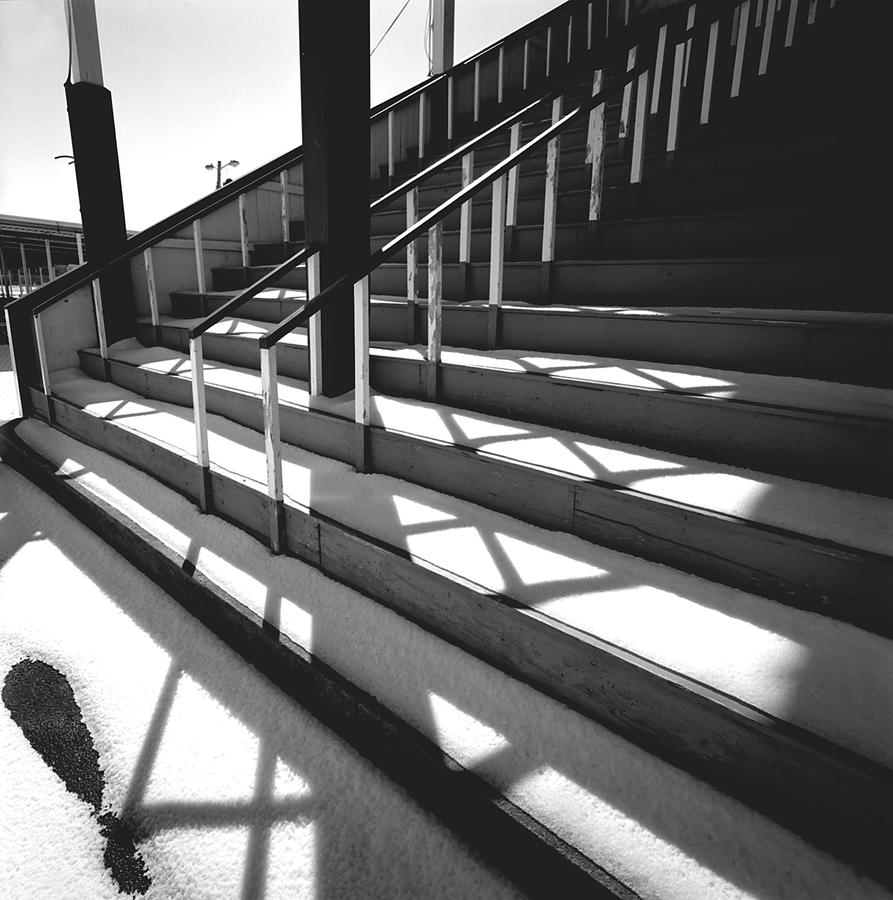 the first with more darks than lights.

Like something you see on the blog? Wonder if it's possible to look at actual prints? There are two ways. Ask Susan Nalband at 555 Gallery in Boston if you can get a look at a specific series or body of work.  Or, coming up soon, check out  Allston Open Studios on November 12 and 13 where the work is. 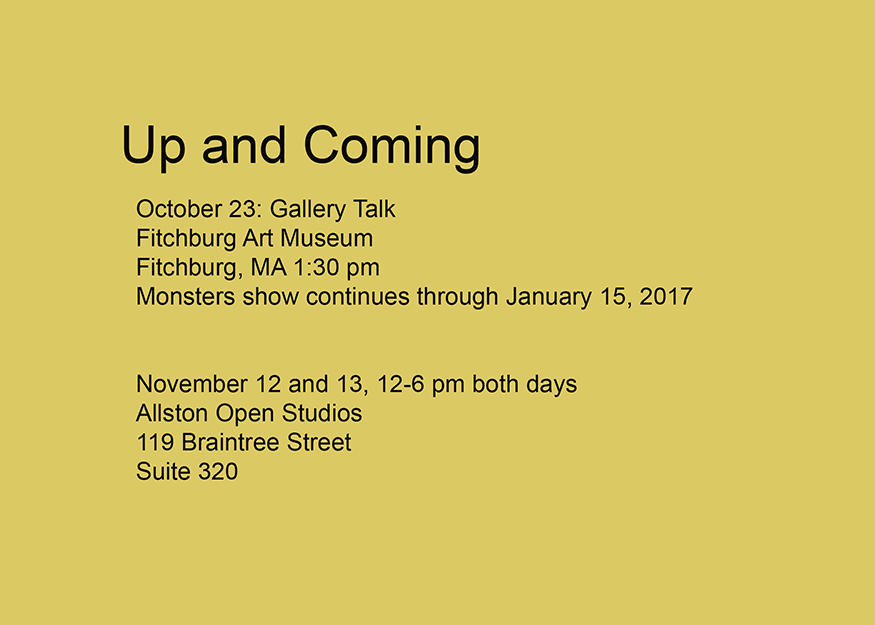 Hope to see you then.