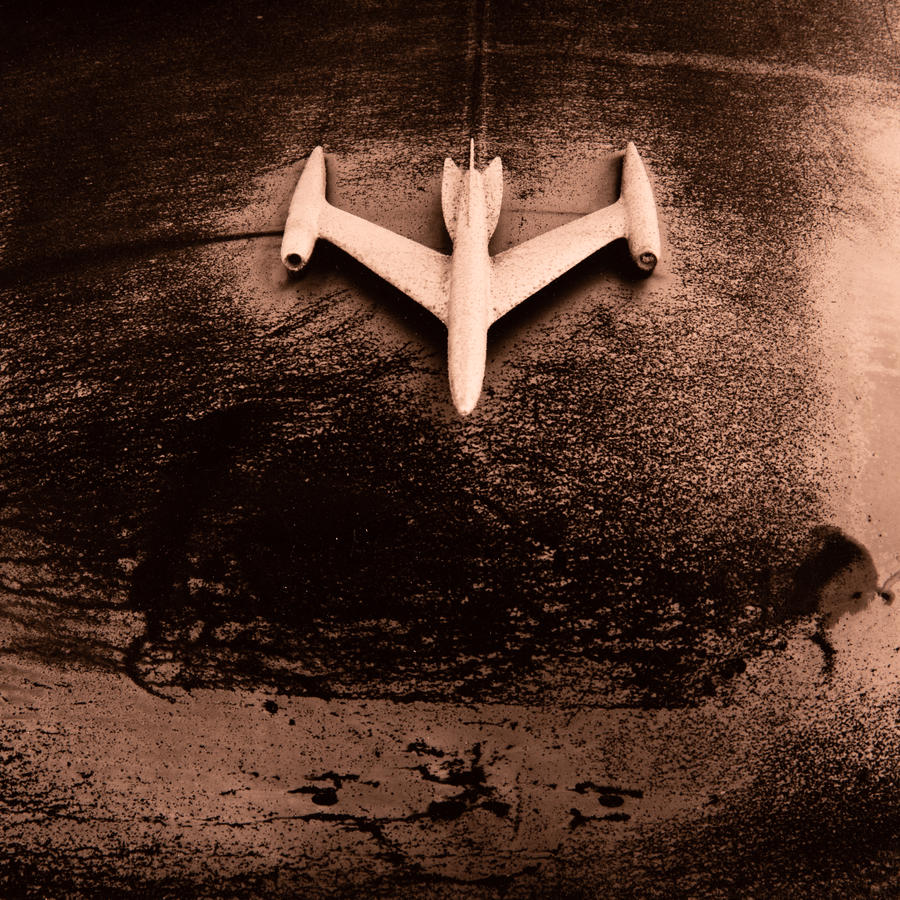 Made in my second year of grad school and working on my thesis, which was from junkyards.

I believe that was the first photograph I'd made that was transformative. Just a hood ornament on an old rusted-out wreck sitting year after year in a junkyard in East Greenwich, RI. Not so important, right? Not something newsworthy or of a major event but for me, earth-shaking. I felt its weight, its personal importance as a sort of canary in a coal mine, sitting there as a test perhaps, begging me to understand that because of this one print, my world had changed. That the bar had been raised and my understanding of my relationship to the medium of photography was now more firmly defined than before. I knew my place better or maybe had found my career with this one photograph. To a young student who had never found much purpose in my life, this was big.

The print? The original sits now in my studio at perhaps 7 inches square and is mounted and matted to 11 x 14 inches. It is signed and dated as: "1972". Of course, you'd never know it was special unless you read about it here or it came up over a beer.

Over my career, I've been asked, "What is your favorite photograph you've made?" What a simply preposterous question. But if forced to answer this one above would be on the list.

Do you have one like mine? A photograph that pointed the way for you or shook your world? When did you make it and under what circumstances? Do you have it out or where it can be seen? Does the memory of making it come flooding back when you see it? Does your family know it and do your loved ones know how important it is to you?

Tree in a Field

Made in the spring of 1977 in southern Vermont.

This post continues a series on seminal photographs made over my career and where they reside in the overall trajectory. This is an effort to make sense out of a career with a truly large body of work. Read more

Continuing with the third installment in examining works made throughout my career that formed a precedent or that were crucial to my development as an artist. Read more