This was my last day in Paradise, Day 4. Although cut short by rain in the afternoon, some of what I was able to get to in the morning was grim. 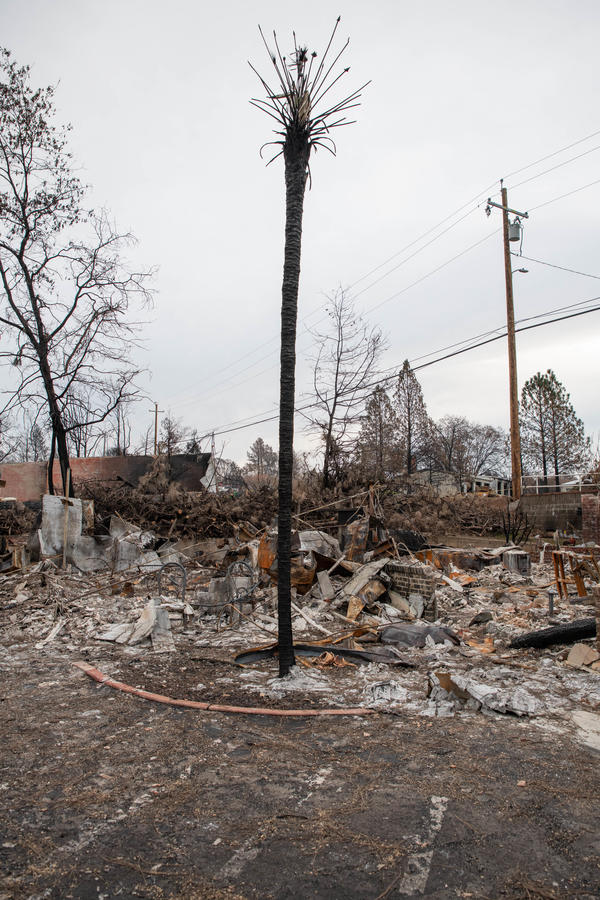 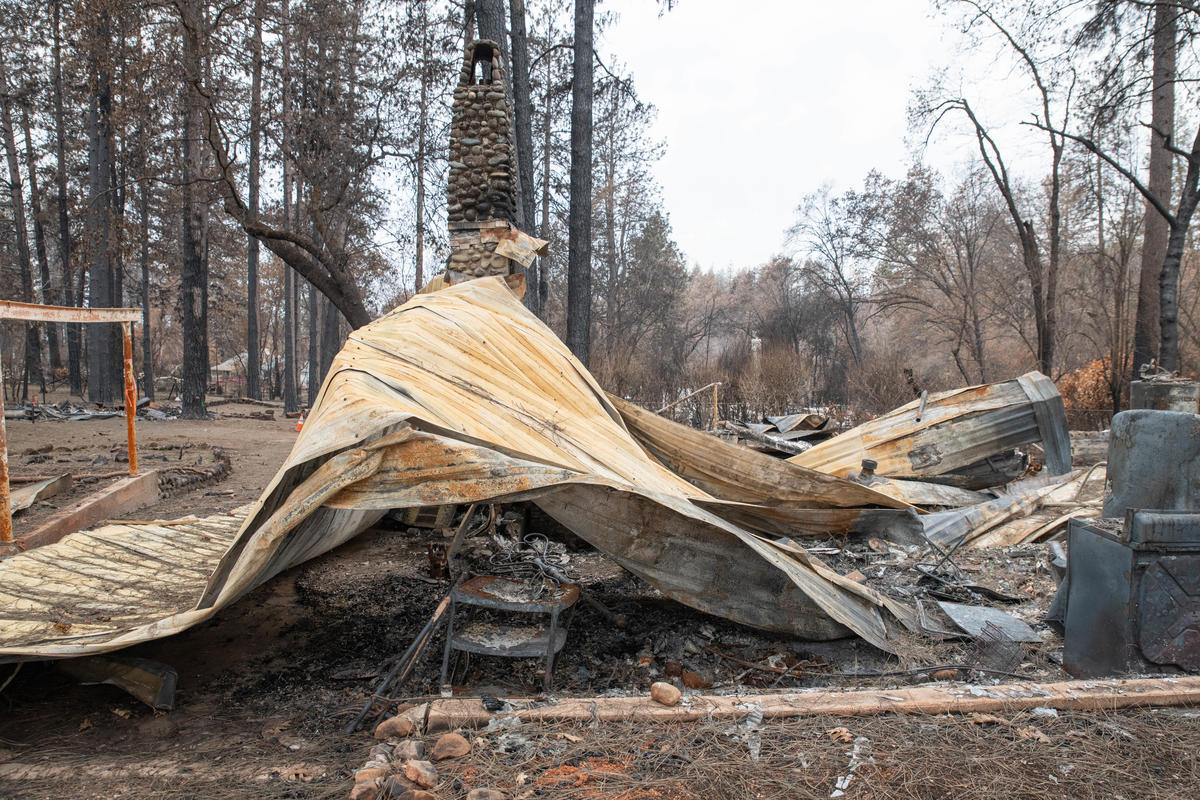 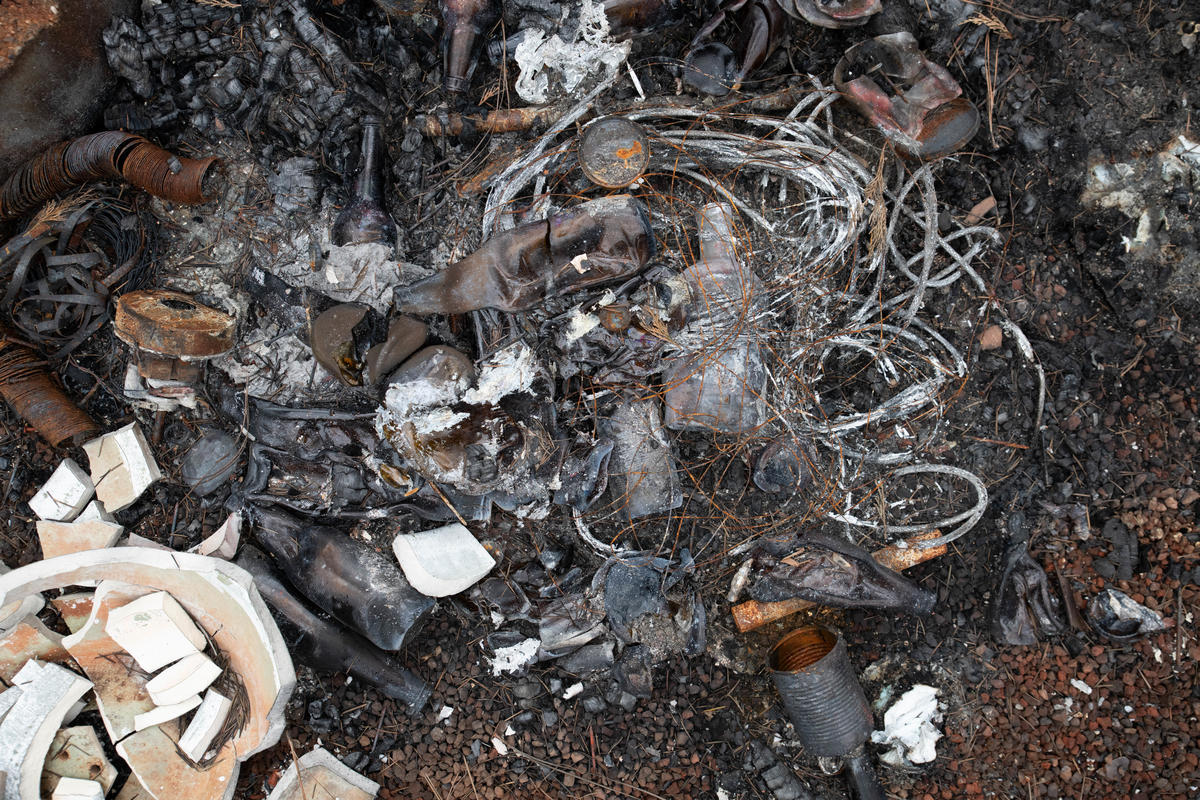 Much of this, of course, had a purpose, was purchased at some point, used by human hands for some reason, stored away for use another day, now rubble, debris in a disaster zone. 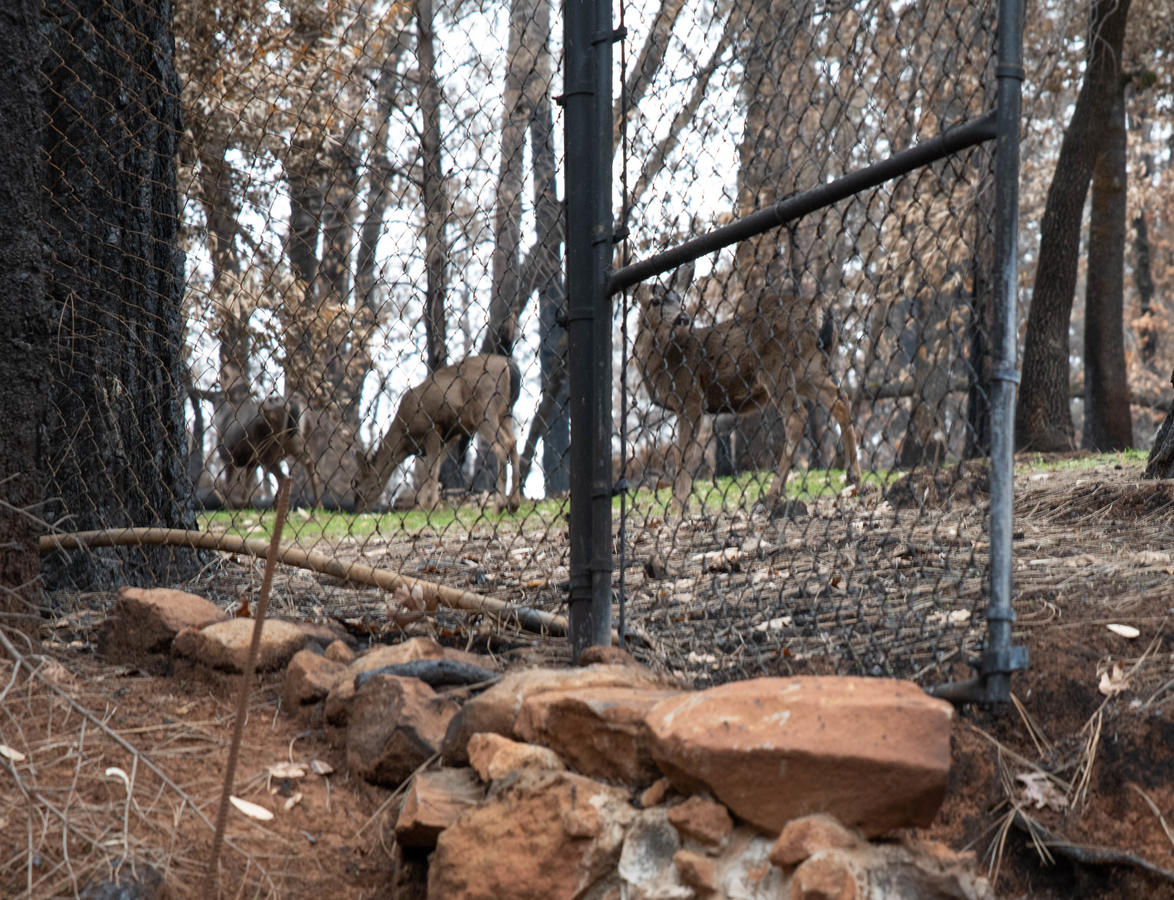 Three deer came by while I was photographing, foraging and perhaps looking for a handout. 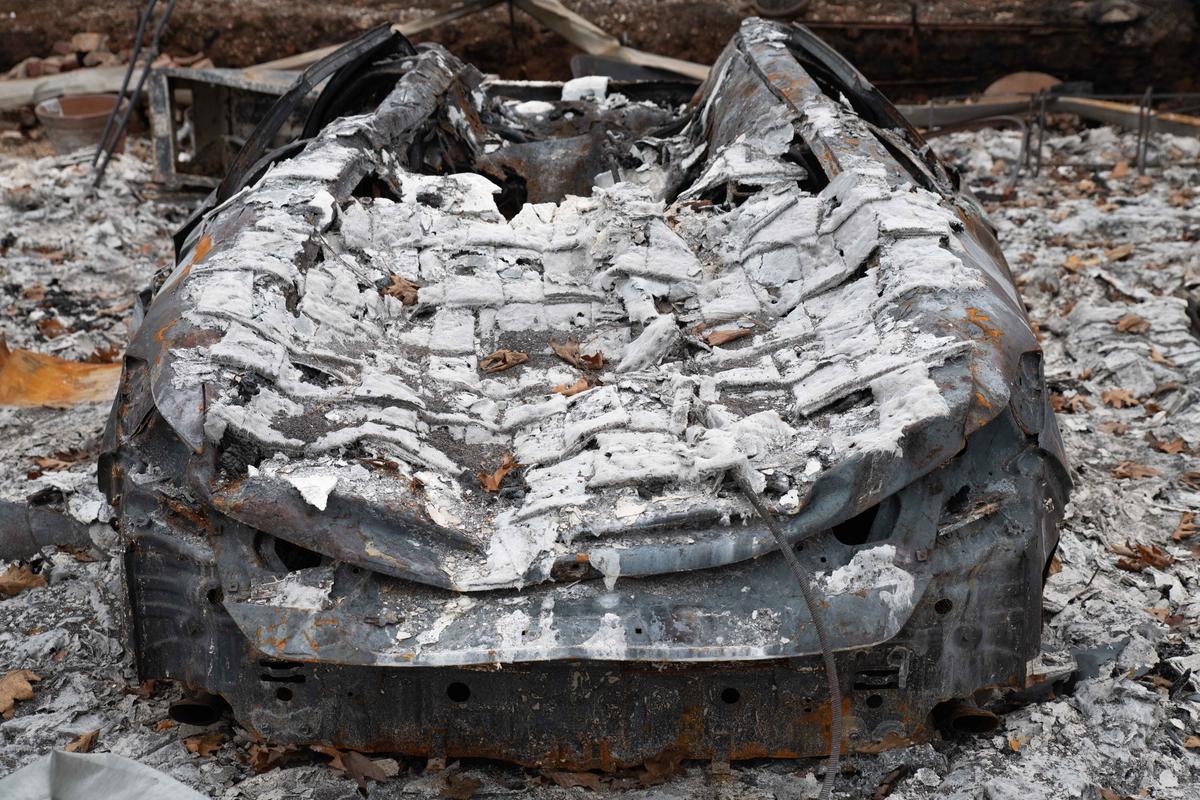 Just before the rain started I ended up in a higher-end neighborhood, with gated driveways, security systems and views out over the canyon, homes perched on the edge. 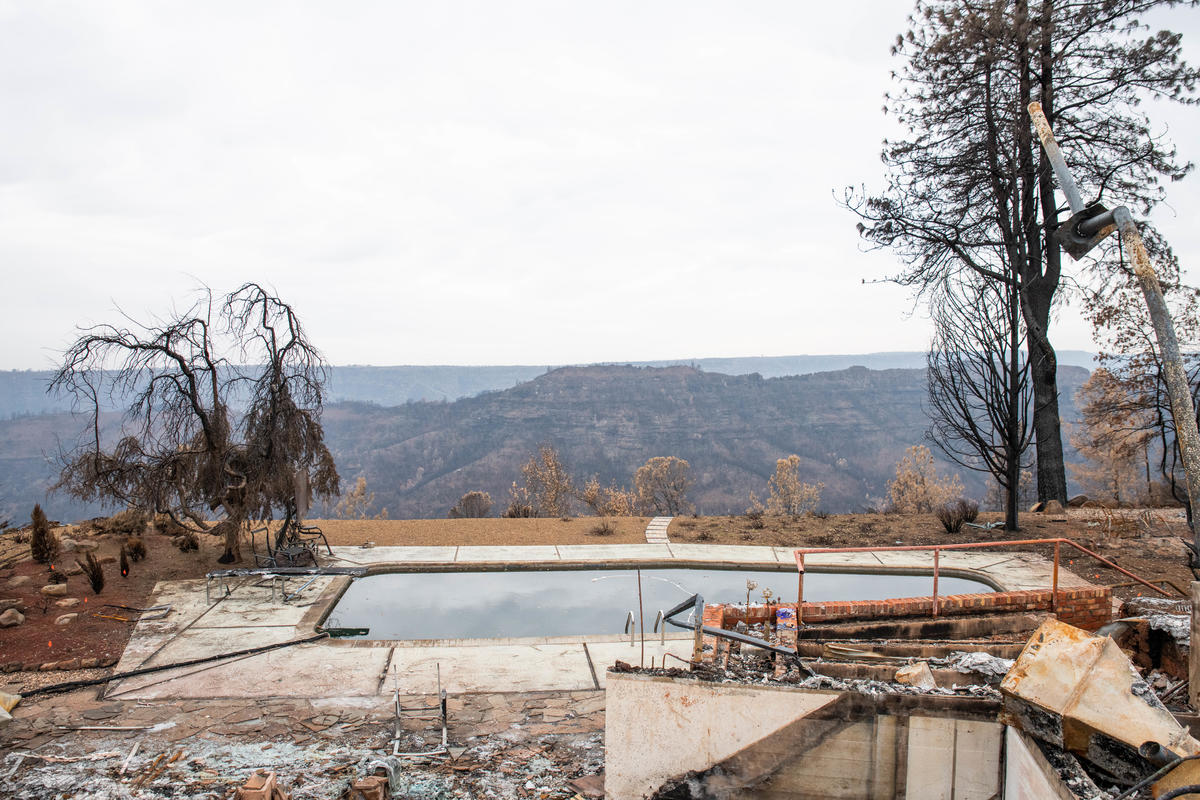 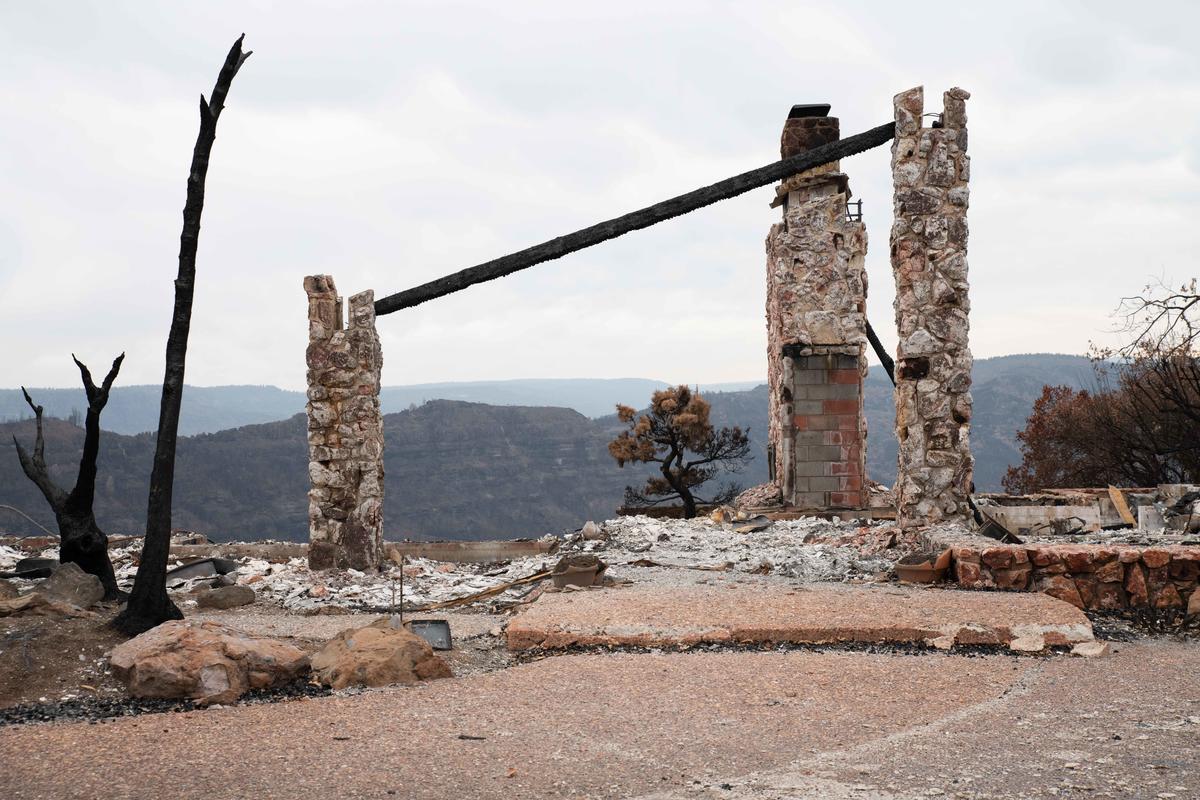 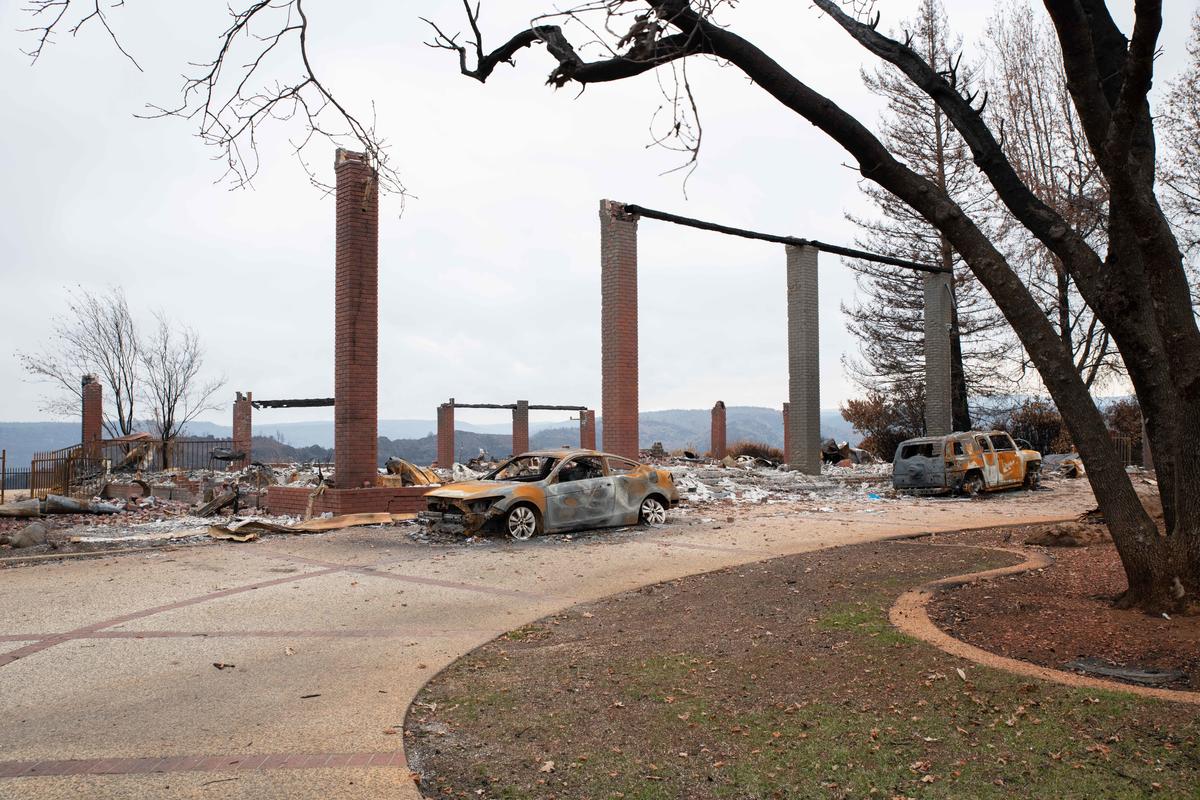 These are places I wouldn't have been allowed close to before the fire, now, in a perverse form of democracy, wide open, gates unlocked, nothing for robbers to steal.

That's it for the photographing part, the acquiring of photographs, just really the first phase of a project. Next when home I will edit and edit and edit, an endless process of working on the imagery to refine the work to an essence, a core group of pictures that say best, that speak to my intention. For this group I will write the story as well with the idea that perhaps this work deserves attention as a published piece. Not my field or area of expertise. We will see.

With a little research you can delve into the politics behind this particular fire, the worst in Caifornia's recorded history.

The fire caused at least 86 civilian fatalities, with 3 persons still missing, injured 12 civilians, two prison inmate firefighters, and three other firefighters. It covered an area of 153,336 acres, and destroyed 18,804 structures, with most of the damage occurring within the first four hours. As of November 19, insured damage was estimated to be $7.5–10 billion.

Was this fire preventable? How did it start and who is liable? Could the town and state have prepared better, plotted a safer and more effective evacuation plan? Will Paradise rebuild?

Thanks for coming along. I appreciate your being a subscriber to the blog.

Overwhelmed. I think that was it. Photographing in Paradise for several days got to me. Scene of the infamous Camp Fire. So much destruction. Read more

Just a quick post to wish you all a wonderful Christmas! I am also announcing here that I am going to Paradise, CA next week. Read more