Flight from Boston to San Francisco uneventful. Stayed in the Bay Area with my sister in El Cerrito then drove north to Paradise through the flat agricultural Central Valley filled with row after row of fruit and nut trees. Everything looking tinder dry and brown as I drove up the ridge into town. 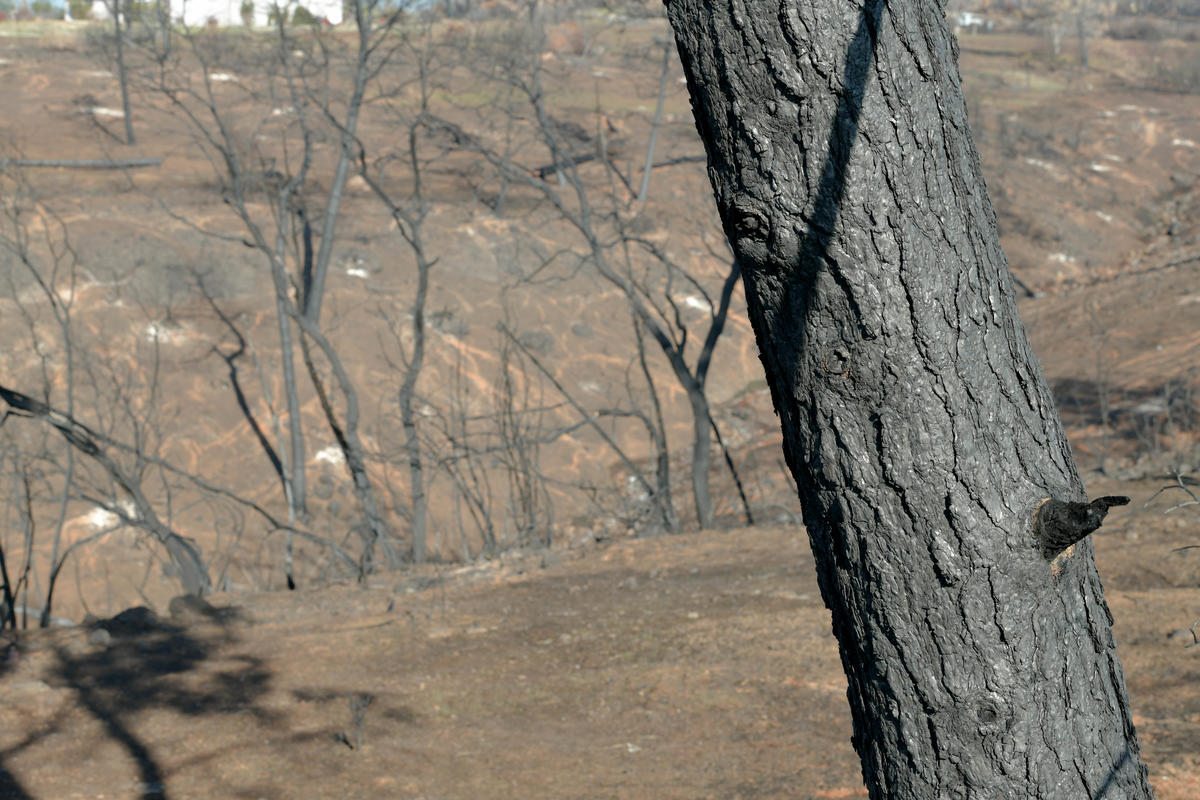 Initially, I wasn't sure I was seeing the effects of the fire, not until I noticed trunks of trees that were charred. Because of high winds a firestorm may be moving so fast it can leave trees singed but still standing. This is the case in Paradise, the site of California's worst fire on record.

The Camp Fire was the deadliest and most destructive wildfire in California history to date. The fire started on November 8, 2018, in Butte County, in Northern California. After exhibiting extreme fire behavior, an urban firestorm formed in the densely populated foothill town of Paradise.The fire caused at least 86 civilian fatalities, with 3 persons still missing, injured 12 civilians, two prison inmate firefighters, and three other firefighters. It covered an area of 153,336 acres , and destroyed 18,804 structures, with most of the damage occurring within the first four hours. As of November 19, insured damage was estimated to be $7.5–10 billion. The fire reached 100 percent containment after seventeen days on November 25, 2018.*

As I approached town, it quickly was clear where I was, as almost everything had burned. 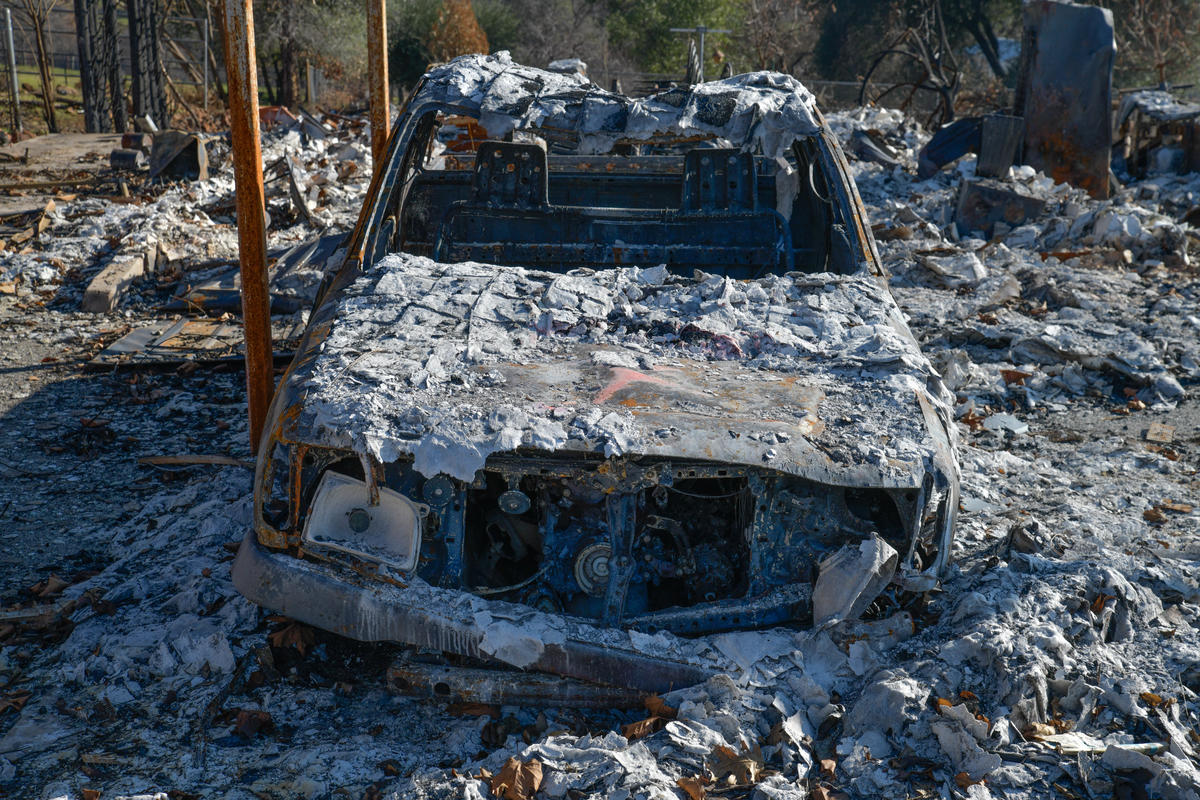 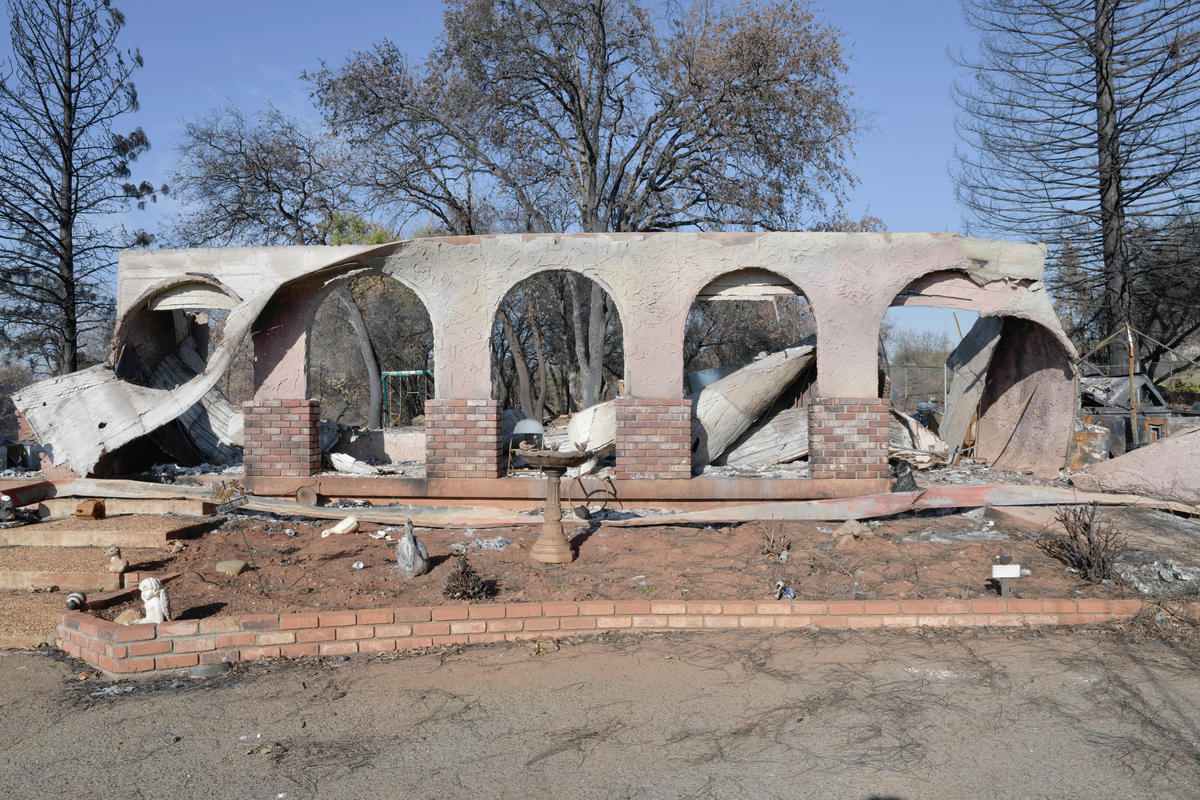 The central street of the town sits along the top of a ridge and as I drove up the town's main street called Skyway the devastation is everywhere. 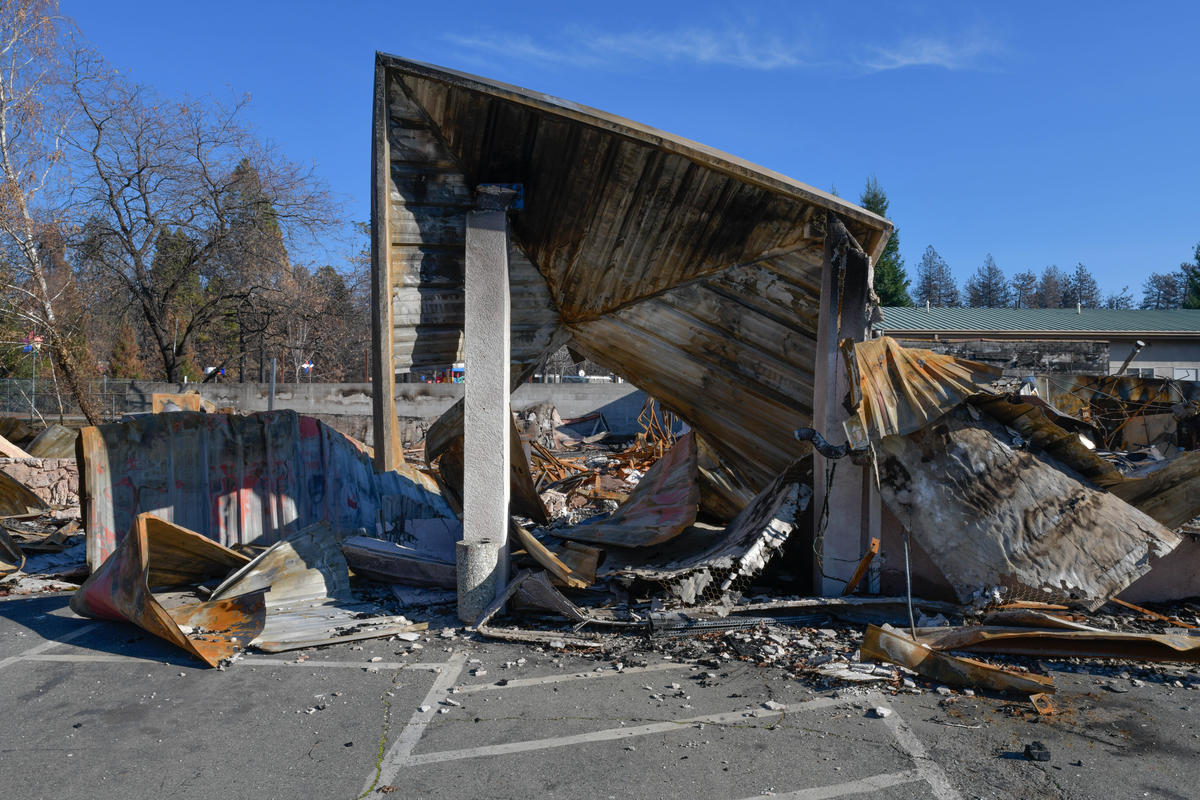 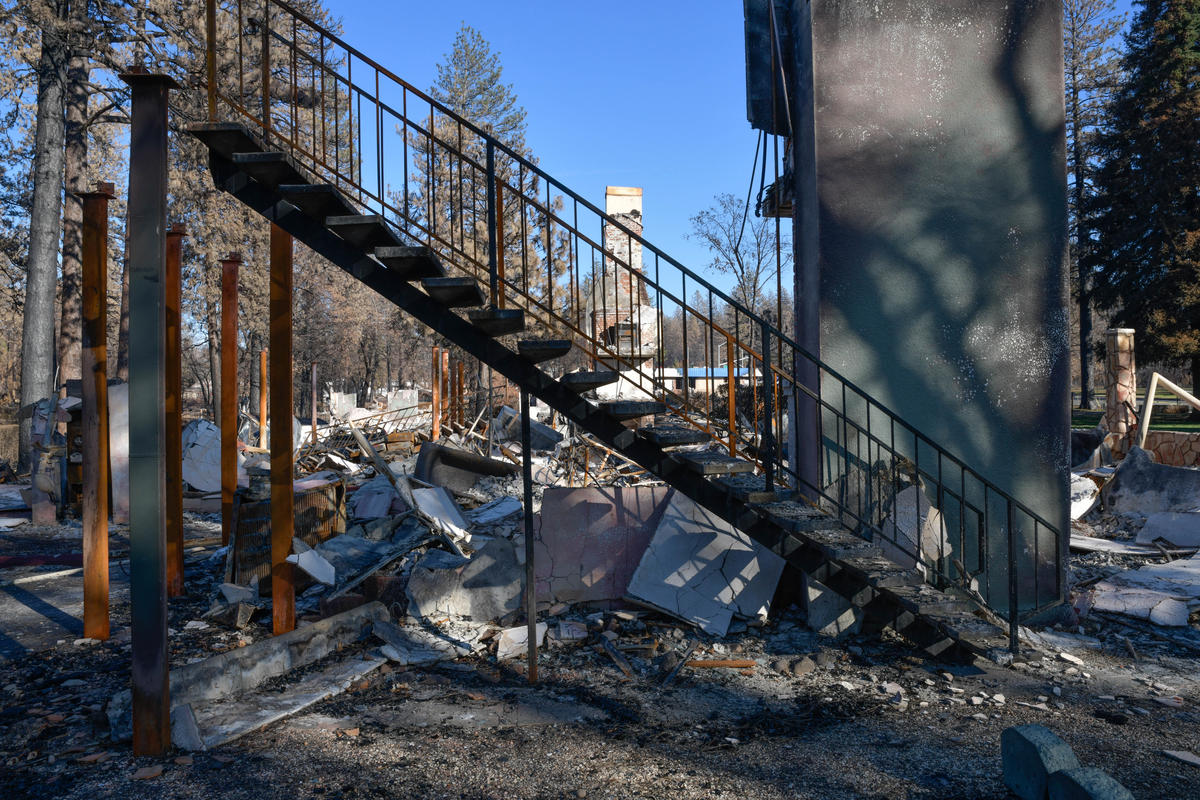 Here I was just scouting, trying to grasp the extant of the damage, thinking what it must have been like, having to flee, Skyway Road backed up with vehicles,  homeowners and businesses alike, everyone evacuating, leaving everything behind, raging fires on either side. Some were trapped in their cars, gridlocked, some abandoned their vehicles and escaped on foot, nowhere to go and nowhere to escape. Imagine. The fire raging around you, looking like night in the middle of the day, your own town, propane tanks exploding, plastic signs melting, embers flying over you, the air thick with smoke. And the wind, fanning the fire, urging it on to the next and then the next, the fire raging through the town, consuming everything in its path. A nightmare.

I will be back again later this morning and am flying today to make aerials out of Chico Airport, the closest to Paradise.

Now for something different. I am now in Santa Rosa, CA and will be for the next month or so. Santa Rosa's a little more than an hour north of San Francisco near Sonoma, Napa, Sebastopol, Healdsburg, Guerneville and the Russian River floes just north nearby. Read more