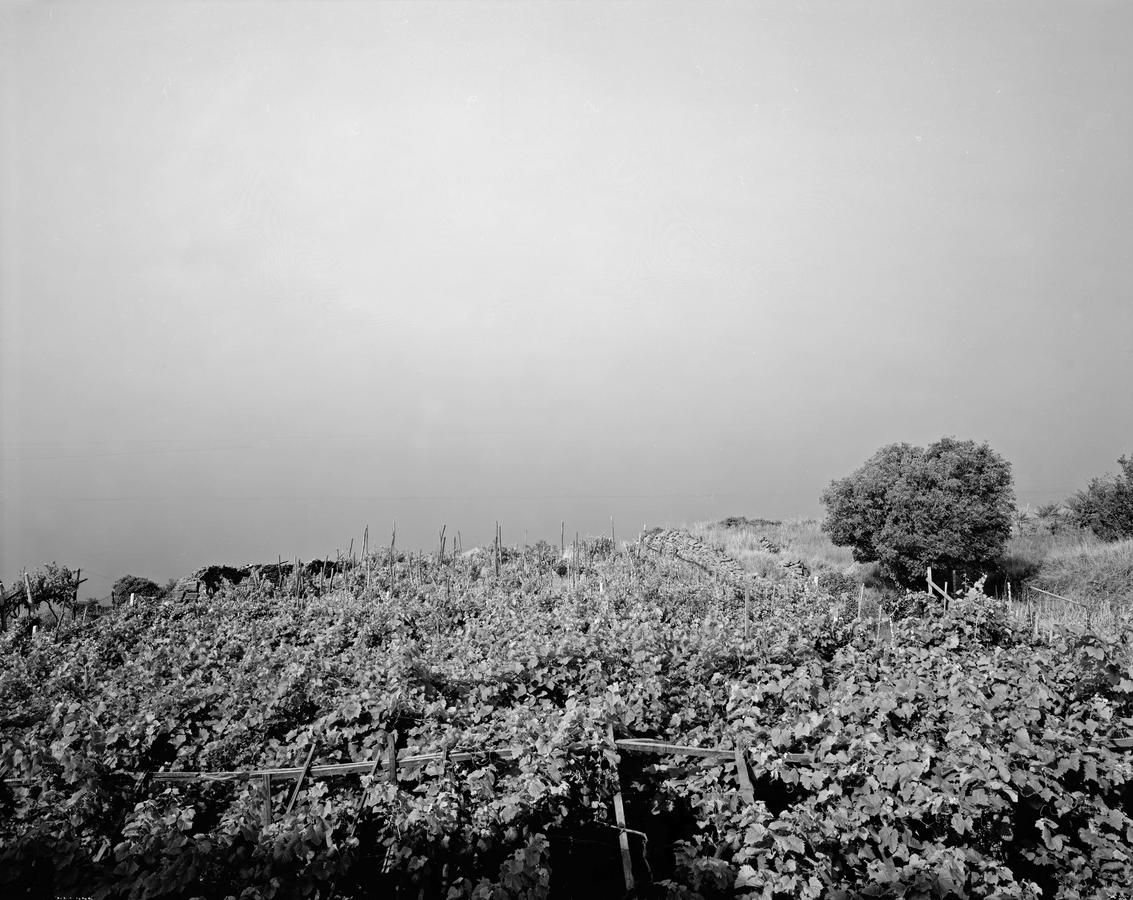 Italy, 1990 near Duino along the Adriatic

These photographs seem like they are from another time, another life.

You get so old you can't believe that was you 30 or 40 years ago. The reason for this retrospection? 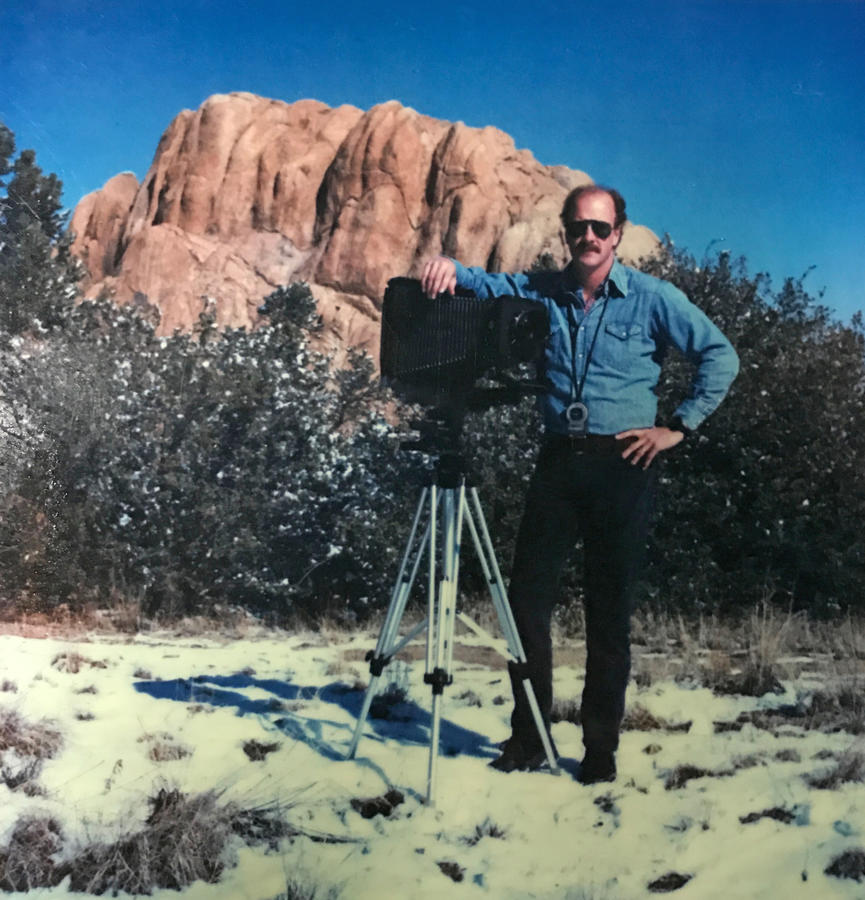 8 x 10 photographer? Yes, this was an "identifier", a title to a certain way of photographing. To be an 8 x 10 photographer tended to mean you were someone who was very serious about your pictures, someone disciplined and something of a control freak. You needed to work clean (because of dust), most needed to have things like an 8 x 10 enlarger (often mounted on its own concrete pad to minimize vibration) and huge lenses that were very slow and very expensive, a heavy tripod and a dark cloth that you'd drape over your head when composing your picture.

I've been looking at work from Italy where I would teach most summers near Trieste or north of Rome in Viterbo. Summer after summer, a frantic pace of classes and shooting trips, weekends on my own in a rented car driving all over with the 8 x 10. Hundreds of sheets of black and white film shot each summer, spending months back in my darkroom just processing the film, often finding it would be February or March before I started to print. 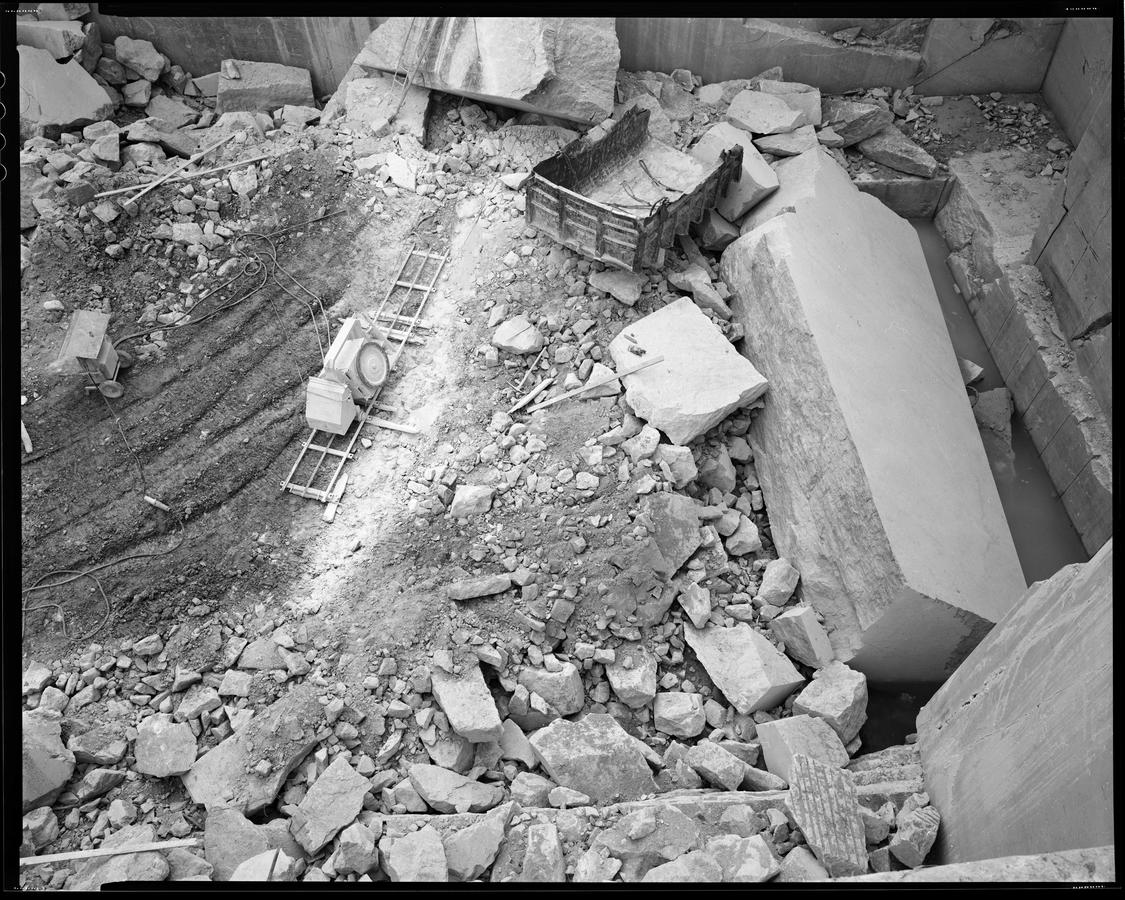 Years of this, not even thinking that this was a massive amount of work, not caring, for I loved it so. I am not sure this way of working would be possible today, with airport security being so tight and x-raying being so pervasive. 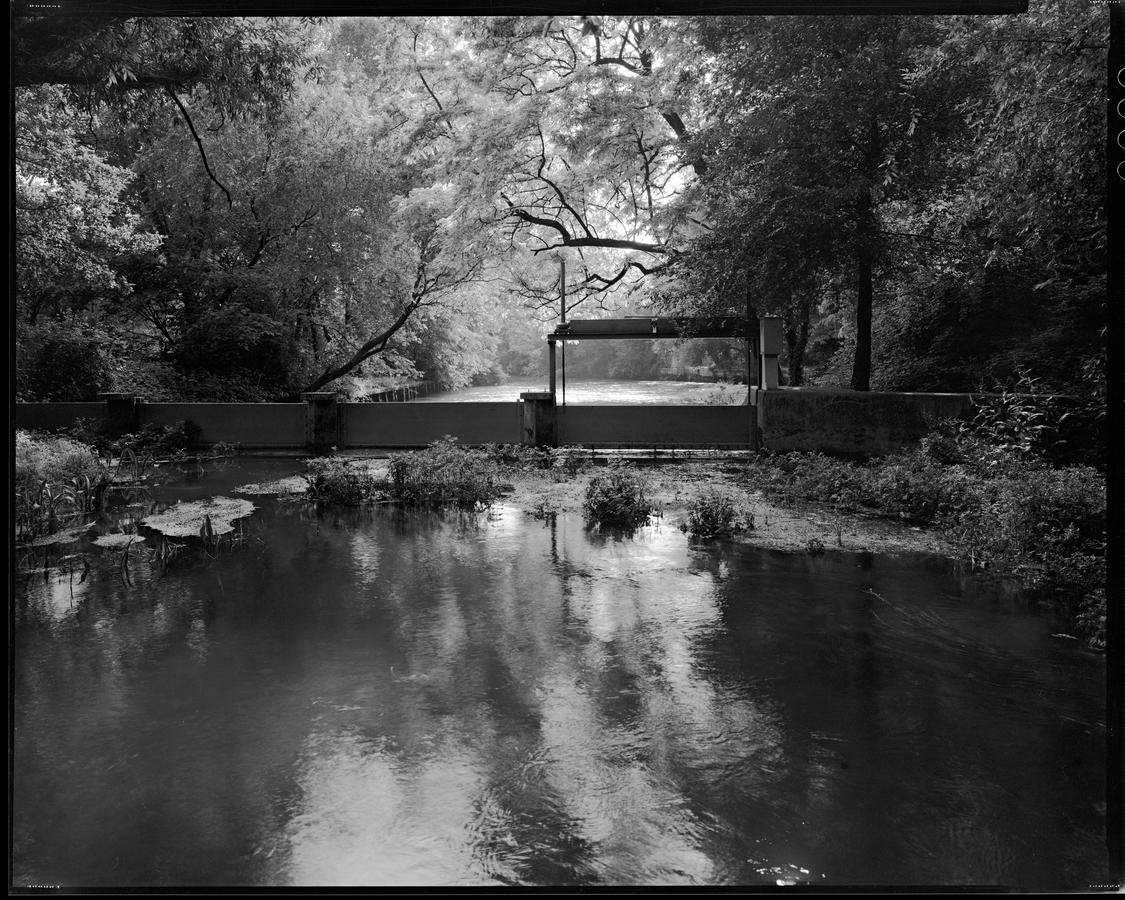 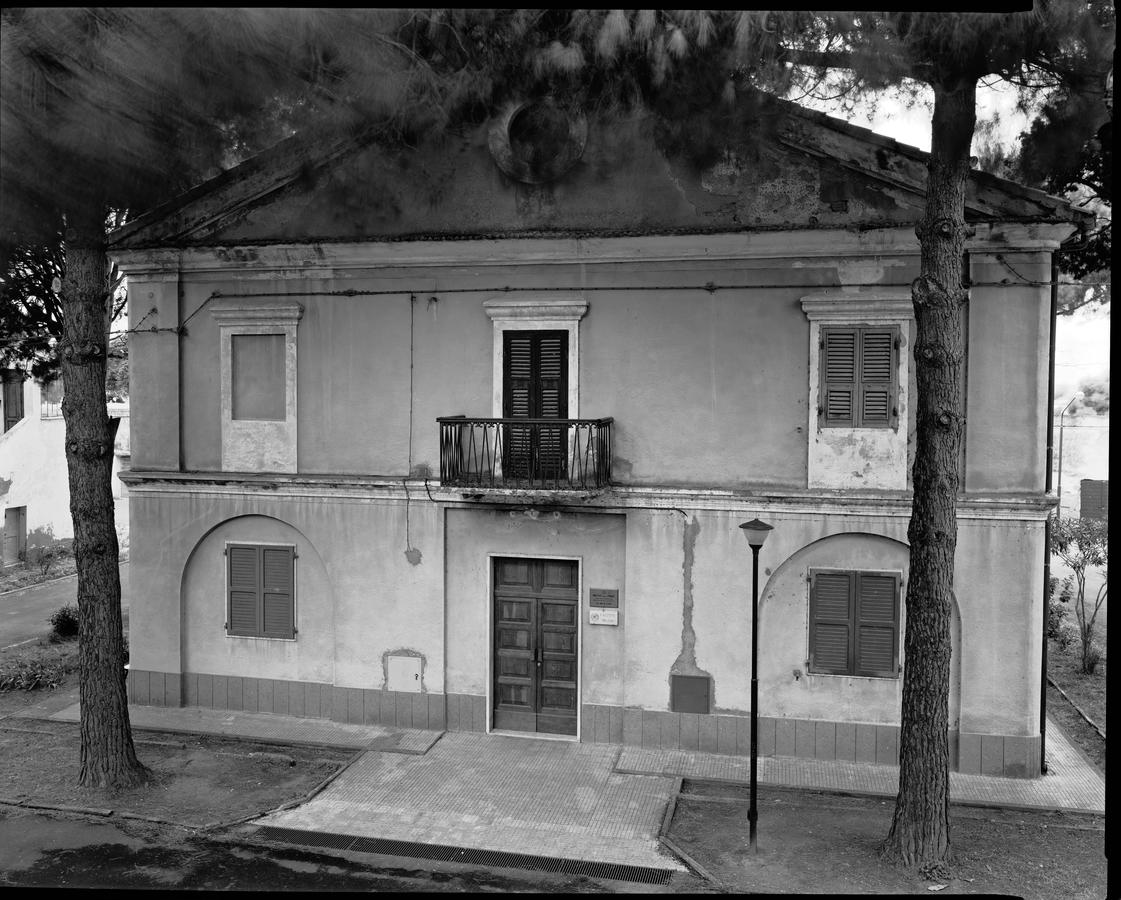 By the early 90's, 8 x 10 was a greased system for me, practically the only thing I shot. Fluid and frequent with it as if it were something handheld or for any kind of photography. I'd just as soon haul it out to shoot a class picture at my daughter's school as I would to make a grand landscape on the edge of a cliff at Les Baux in Southern France. It was just the tool I used to make my pictures.  Ed Ranney from Santa Fe is a friend who was like this with a 5 x 7 or a 4 x 5 and I admired his work, so emulated his approach. He was fast and easy, no fuss, make the picure and move on. Likewise with Emmet Gowin. I liked his Italian garden pictures from the 70's and, yes, pointed down at gardens in Italy when I could, just like he did. 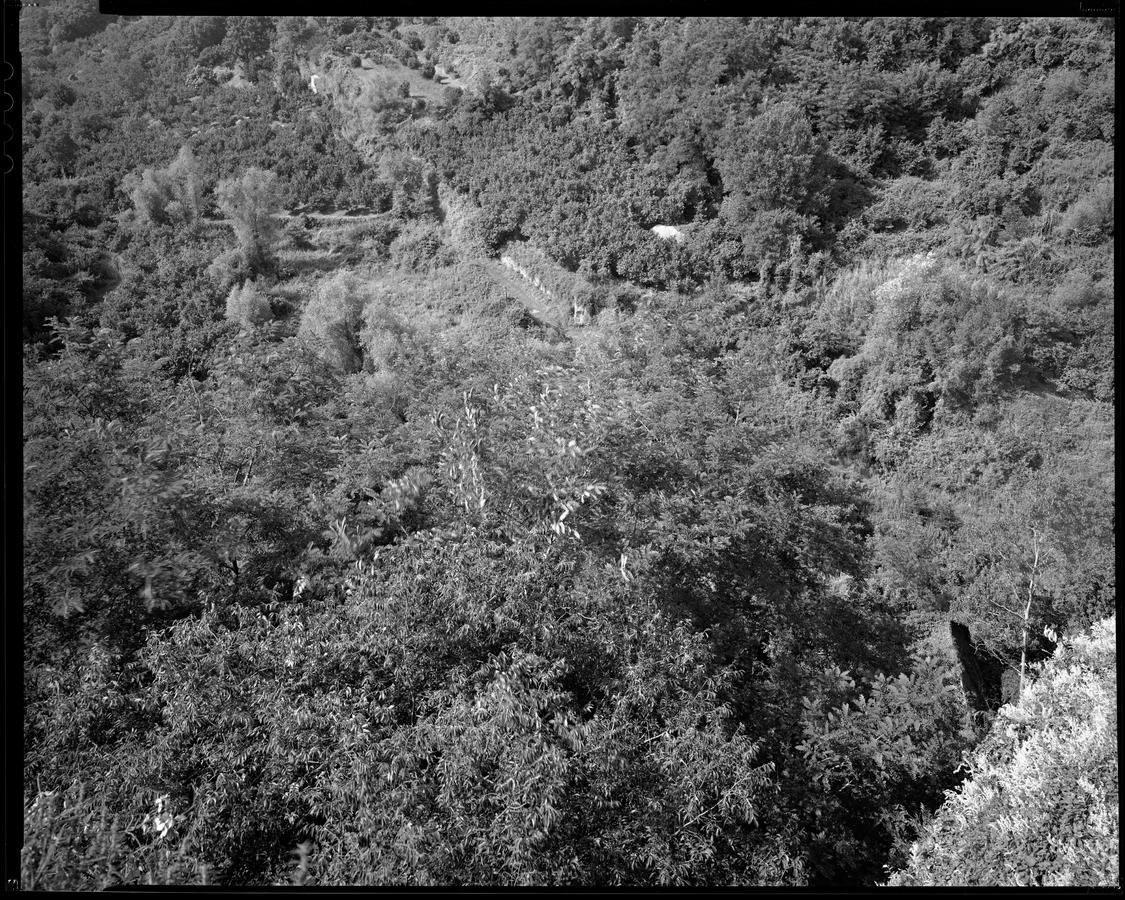 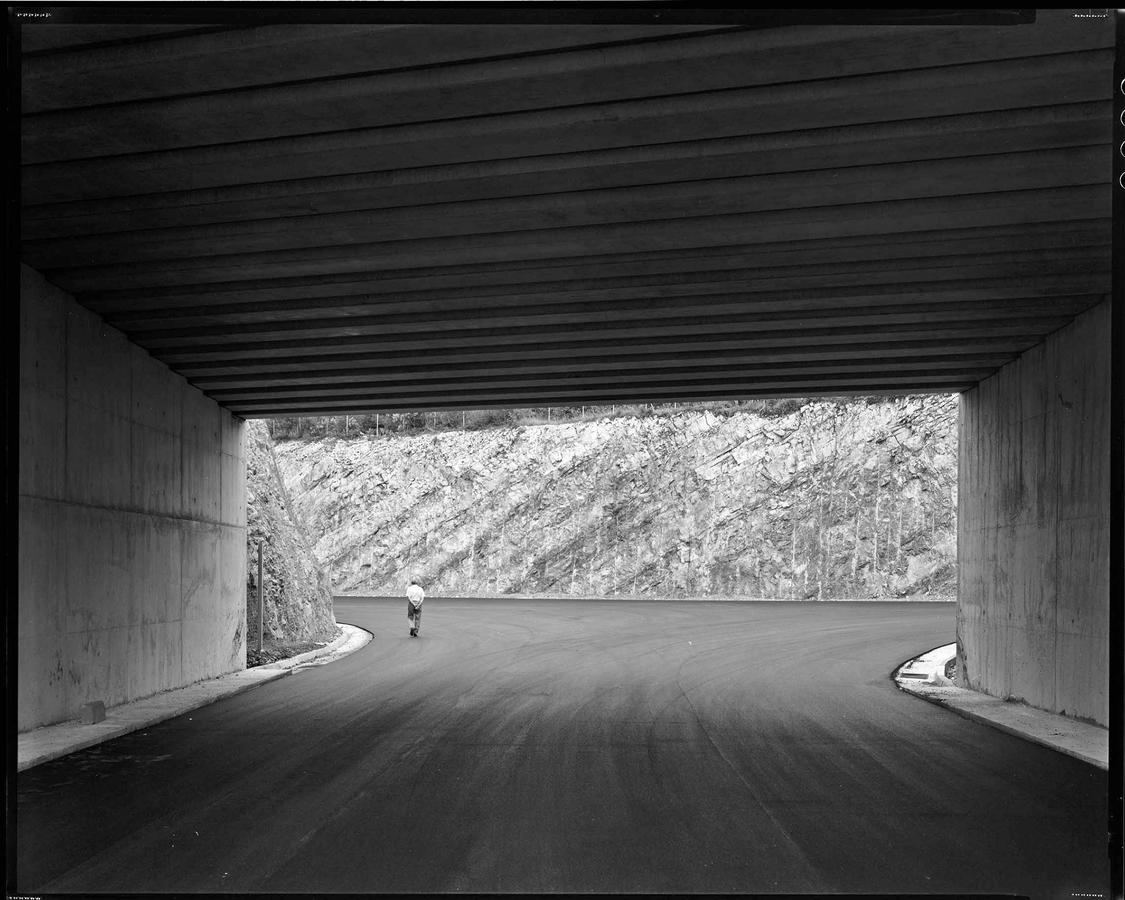 A new road under construction near Muggia, 1993

What was it about this format? The negatives contained so much sheer information that one never had to think about whether it would get that or if it could render that with subtlety and refinement. I never thought twice about making big prints from those negatives, and did. For a while 20 x 24 inches was a common size for me and I made many prints that were 5 feet across. In fact, I was proud of my craft for it was very difficult to be good with this large camera. I worked at my own development as well, researching and trying different films and developers, staining my negatives in Pyro for years, toning my prints in Selenium or more exotic metals, including gold.

The craft was intertwined with the final print, the imagery integral to the process.

What I photographed was in full knowledge of what that image could become as a beautiful print.

This is the truth and the real point of this post: No one but me knows this work, no one but me cares to see them, as prints or here in the blog. Nothing will happen to this work unless I make it happen and no one will choose to scan them when I am gone. They will have existed as physical negatives made in the late 20th century and then they will not. No one will know how to edit them and no one will care to do anything with them. 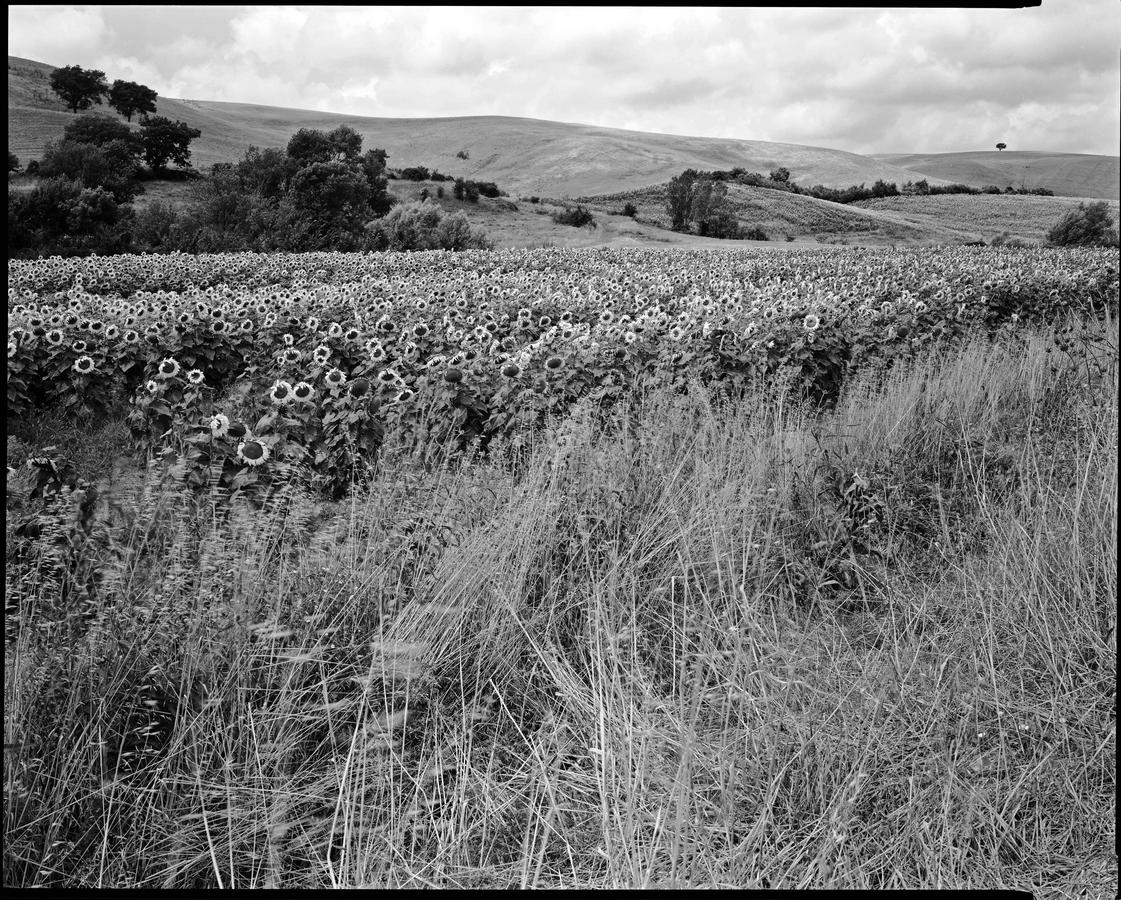 Near the coast at Tarquinia 1992

In present times, photographs can't exist unless they are digitized. I can't show these pictures to you in this form without scanning the negatives or prints first. I can't submit this work for exhibition or a grant, I can't share them without first making them into O's and 1's using a sensor.

8 x 10. A few still use one. Bruce Myren locally to the Boston area does good work with one. Mercedes Jelinek and Liz Ellenwood, young photographers that use my old camera. Sally Mann I presume. Don't know if Emmet still uses his.

Blackwater Dam is an 8 x 10 series made over several years that looks at a river valley near Webster, NH.The dam, built in the  1940's, backs up the water coming down from the north. As I discovered, the part of both shores of the river that I wanted to photograph had wonderful access, with trails and a dirt road on either side. For someone lugging around heavy equipment this was a real help.

The prints are on water color paper and about 24 x 20 inches.