Many of us in December, with one mega holiday just behind us, are busy thinking of gifts we need to get and are consumed with buying the  Xmas tree and setting it up, there are office parties and so on. It is a busy time of year.

I have two stories to tell that relate perhaps not so specifially to Christmas but more about giving photographs. I know that my  parents got pretty tired  of being given photographs by me when I was still a student. I had the mistaken belief that since my photographs were worth so very much now (sic) they would love to have them. Not so much.The first story is about Harry Callahan, one of my teachers and a mentor to me. The second about a portfolio I made and gave away. Both stories have not so such to do to do with Xmas time but a lot to do with gifts.

At one point, probably in the late 80's, Stephen Jareckie pulled together a color show of Harry's work at the Worcester (MA) Art Museum. Callahan's color work for the exhibition came from the Hallmark Collection, as the famous card company was actively collecting photography in those years. Stephen was the photography curator at the museum. I went and hauled along some students as I knew Harry was going to be there.  Of course, he was mobbed at the opening. We said our hellos and then moved on to take a look at the work. This was still fairly early days to see color from Callahan as it wasn't widely known that he worked in color until maybe the early 80's. In those days Harry showed principally with Light Gallery in Manhattan and had struck an arrangement to have whatever he chose shipped to Germany to have his color slides made into dye transfer prints, a system so difficult, so laborious and needing such a high degree of skill as to be practically alchemy. At any rate the mostly 11 x 14 inch prints at the show in Worcester were dye transfers and they were superb. I distinctly remember standing in a line of people slowly going down one wall of Harry's photographs, some very famous ones from Morocco and Ireland and Providence. In front of me were Eleanor, Harry's wife, and Eleanor's sister. I remember Harry's sister-in-law saying at one point that Harry had given her many prints over the years. She added that one of the images in front was the same that Harry had sent her for Christmas last year and (I am paraphrasing here) exclaiming that "if he gave her another print as a present this year she was gong to scream!" I wonder how she felt when, after he died, those prints went going for thousands of dollars each. Of course, I would have killed to have a color dye transfer print of Harry's then and now, for that matter.

Gifting your work is always tricky. Is it what they wanted? Or would they rather have that Ninja machine that you saw at Costco with 53 speeds that pulverizes kale so fine you wouldn't even know something so good for you was in that smoothie you  just made.

Second story: In 1995 my very good friend Roberta was getting married to Hunter.  Roberta and Hunter lived in City Island in the Bronx but Robera's real home and passion was her place in very rural Maine. They would go whenever they could and my daughter and I would go too. I got it in my head I wanted to make them a portfolio as a wedding present. I made a special trip up there to photograph the area for the portfolio. I was working in black and white 8 x 10 in those days so they were mostly made with that. This is what it looked like, as I just saw it again for the first time in many years last weekend when visiting with Roberta and her family. 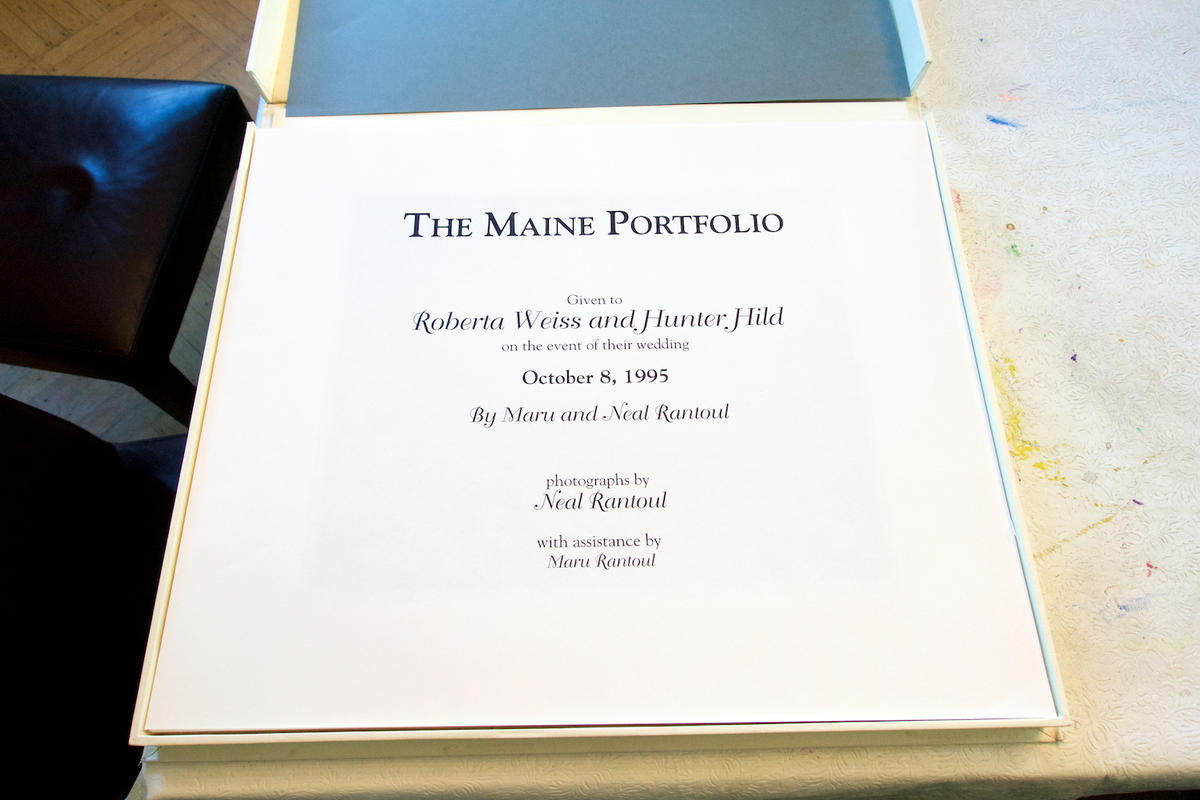 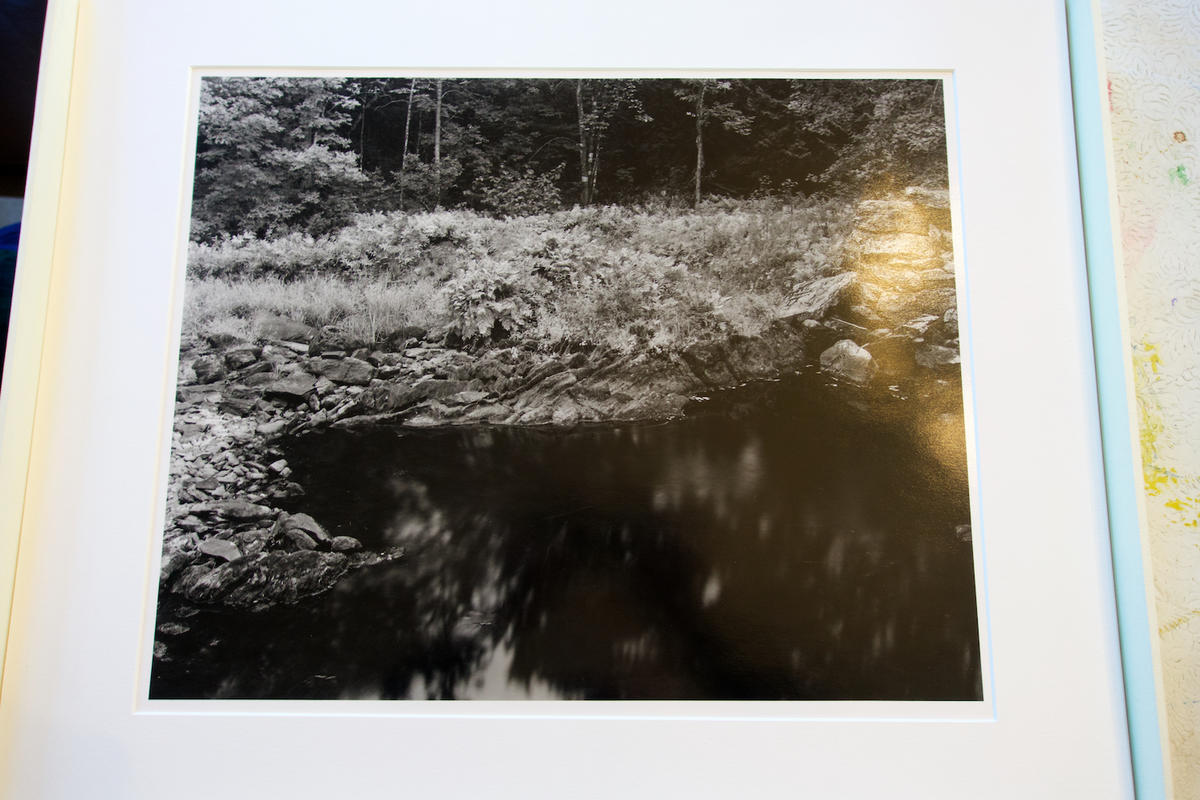 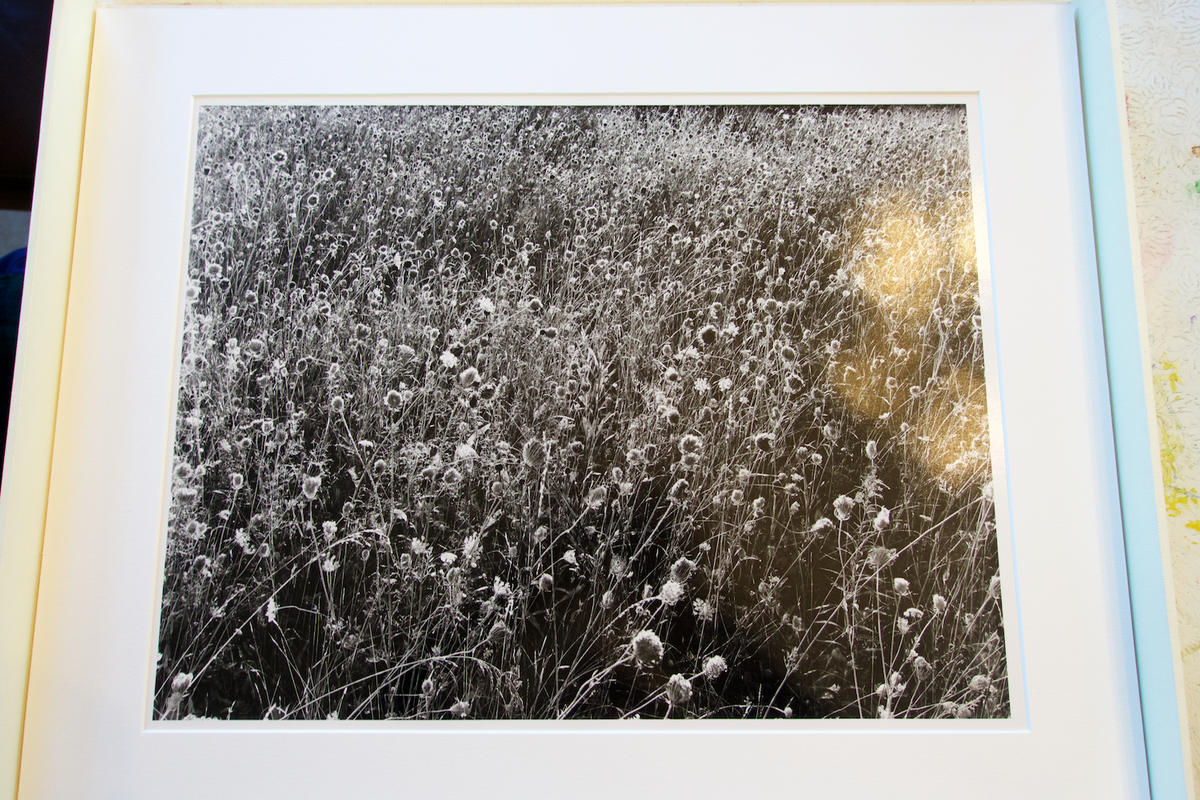 One of Hunter leaning up against a rock in the field next to the house, set up to shoot paper targets with a 22 rifle. 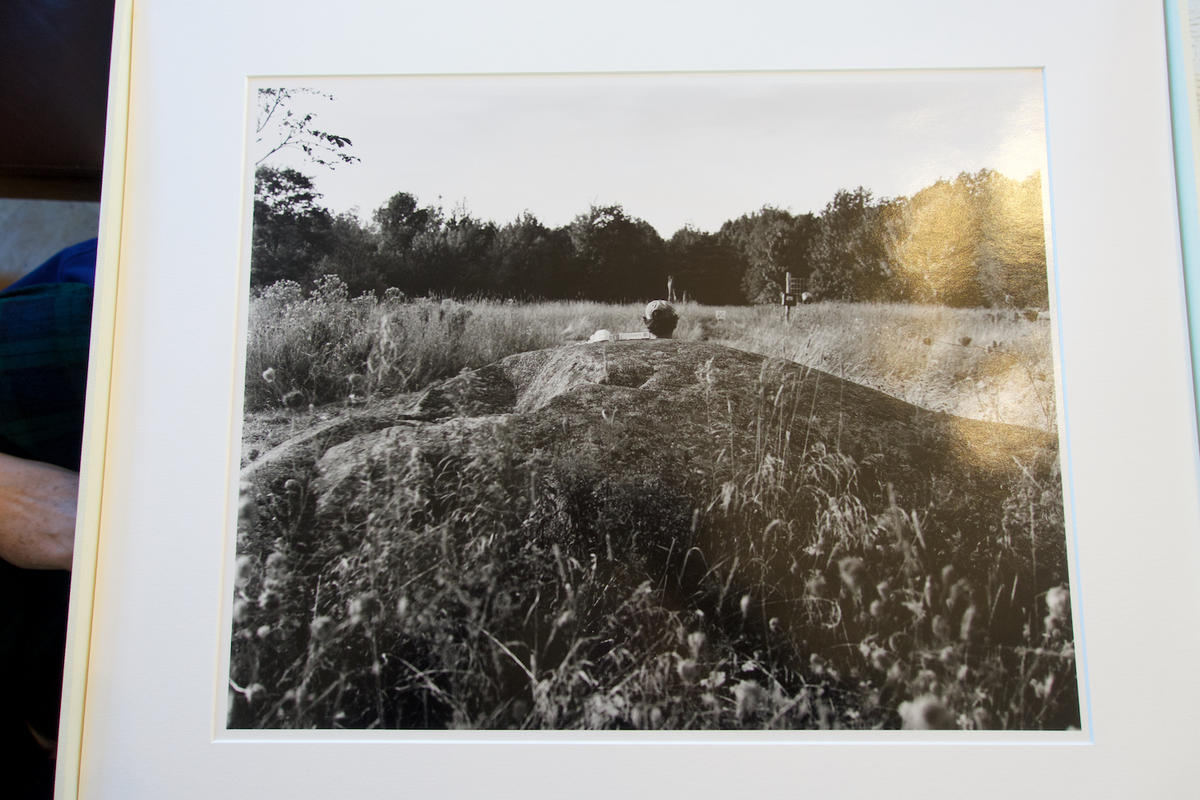 And the last one of my thirteen year old daughter Maru, mowing the grass with a small tractor 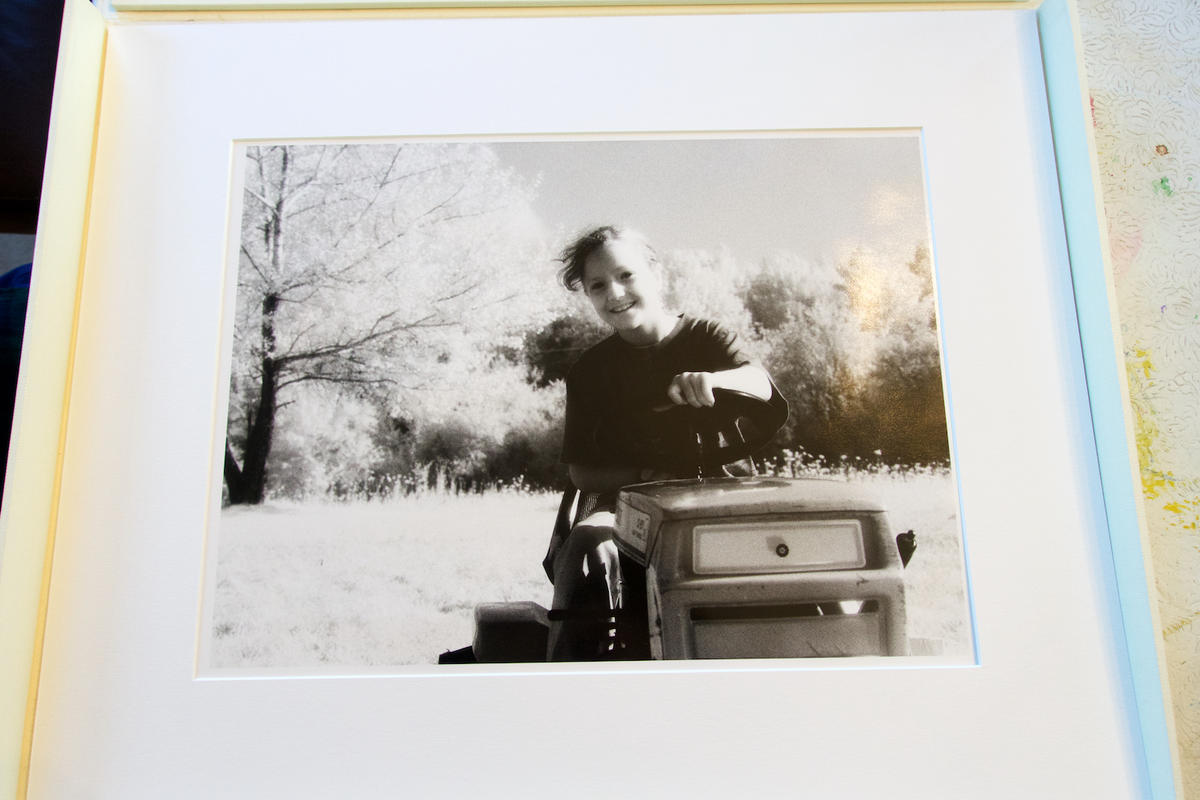 I made that one in 35 mm black and white infrared. Photographs can have this wonderful time machine quality, flashing us back back to earlier times. The marriage to Hunter didn't last but later Roberta married Izzy and they have one daughter, Rosie, who is now 14. They go to their place in Maine every chance they get. I am headed up there just after Chhristmas.

The Bermuda Portfolio was made in 1982 in an edition of twelve. One boxed set remains.

For more information see my blog on the pictures: