I've been showing pictures and writing about the effects of wildfire damage in California for a while now. I photographed the area of Santa Rosa in February 2018 after it had been heavily hit by wildfires two months earlier.

Early on with this project, I realized I had something of a unique perspective for a non-local in that I had rented a cottage for about a month on a ridge in the hills above Santa Rosa in the winter of 2014.

So, yes, these have turned into a "before and after" project of one small area, what I photographed when living there and what it looks like now.

Let me preface that this was an exceptionally beautiful place, a small two BR cottage on a ridge with a valley to the east and a valley to the west. Often I'd wake up to something like this: 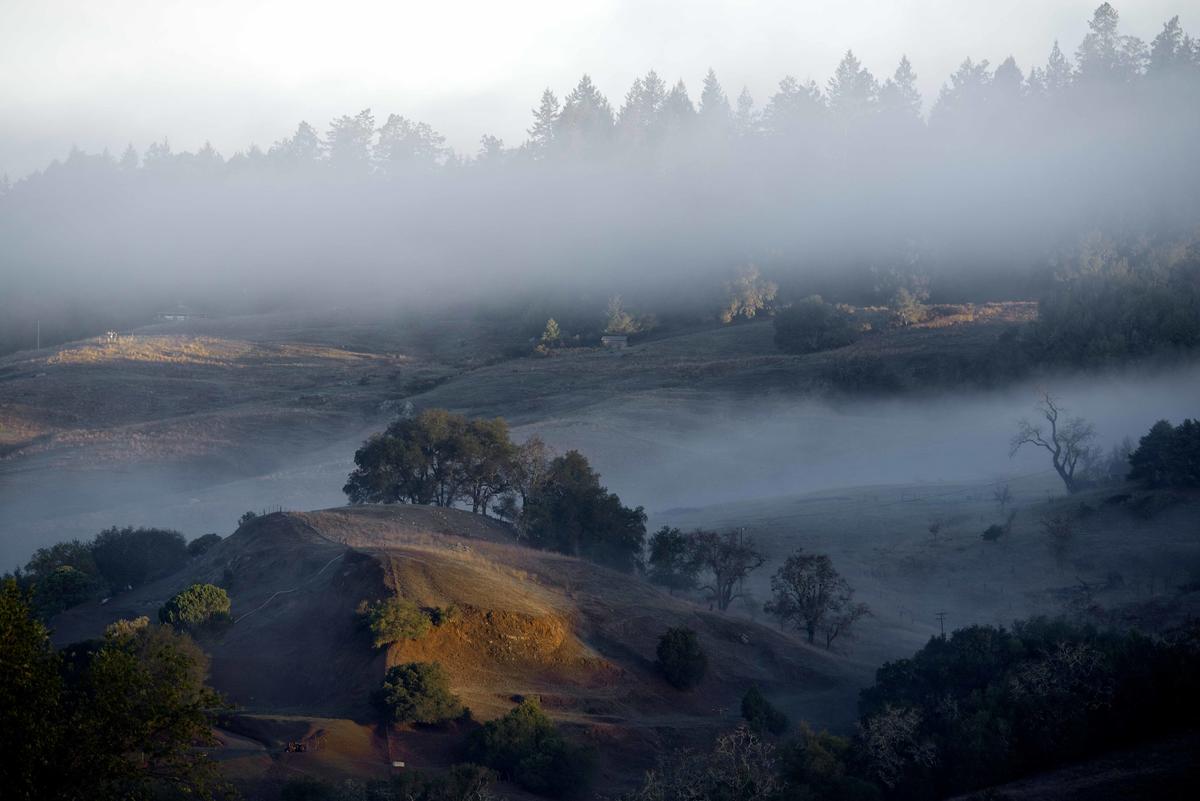 with early morning fog that would burn off by 8 am or so.

Looking west across the valley the cottage was situated right on the ridge: 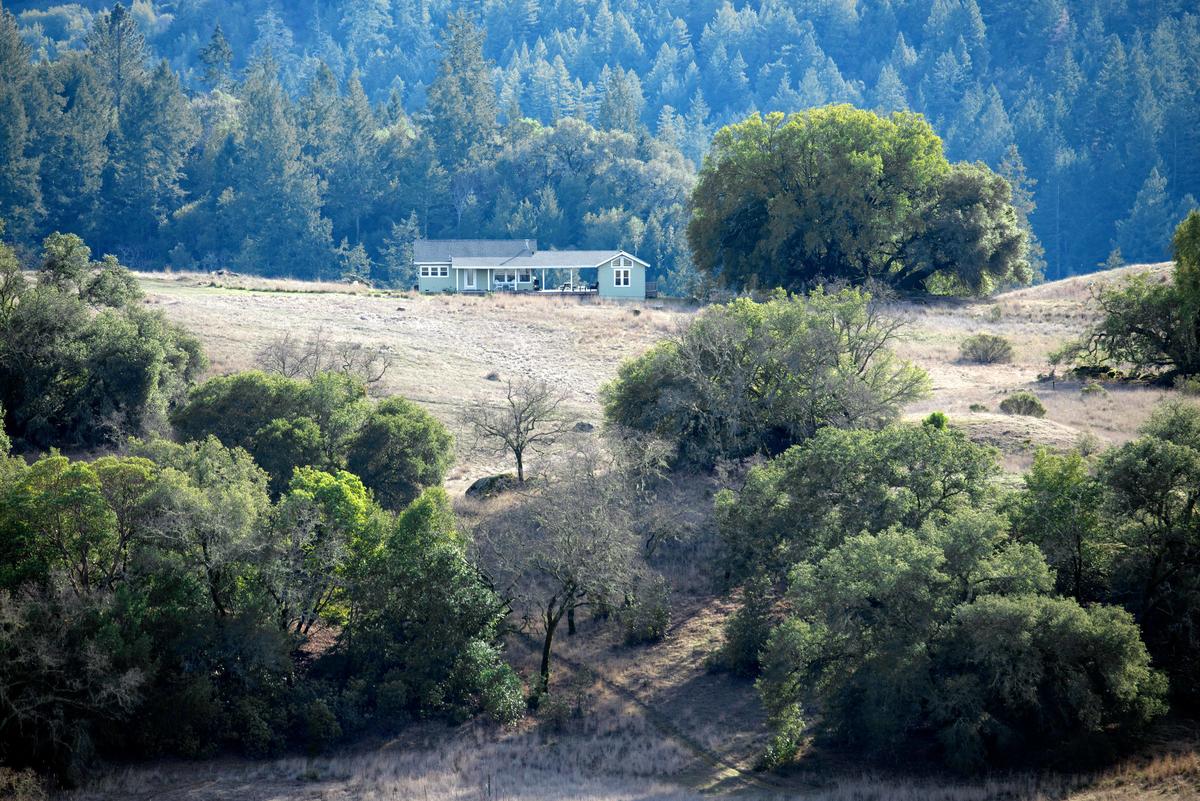 with some really wonderful oak trees nearby.  These were irresistible: 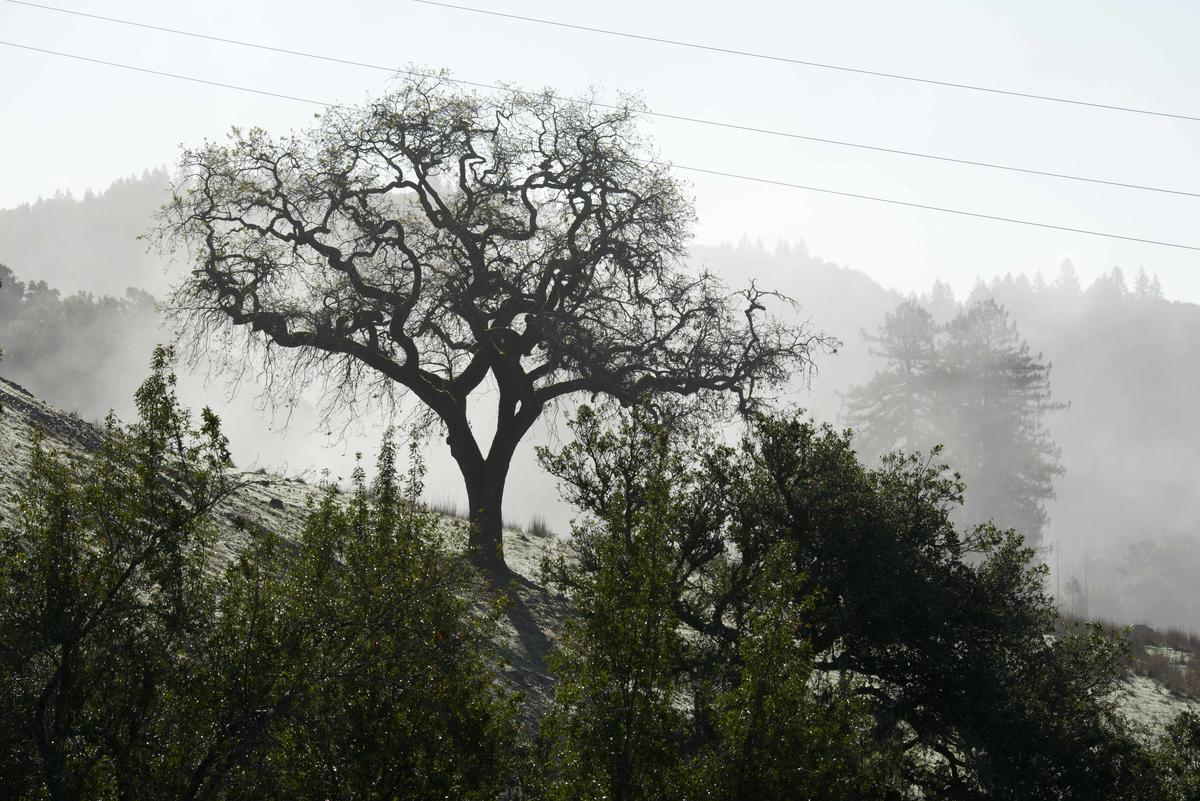 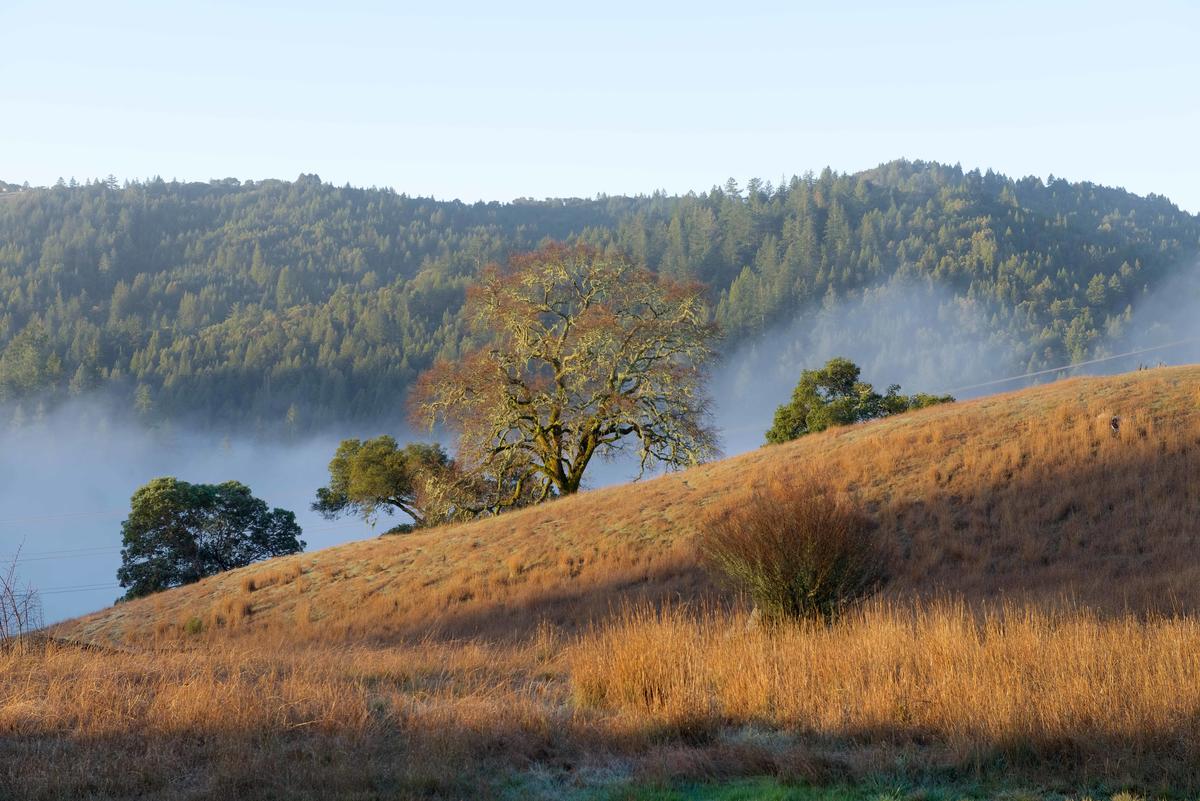 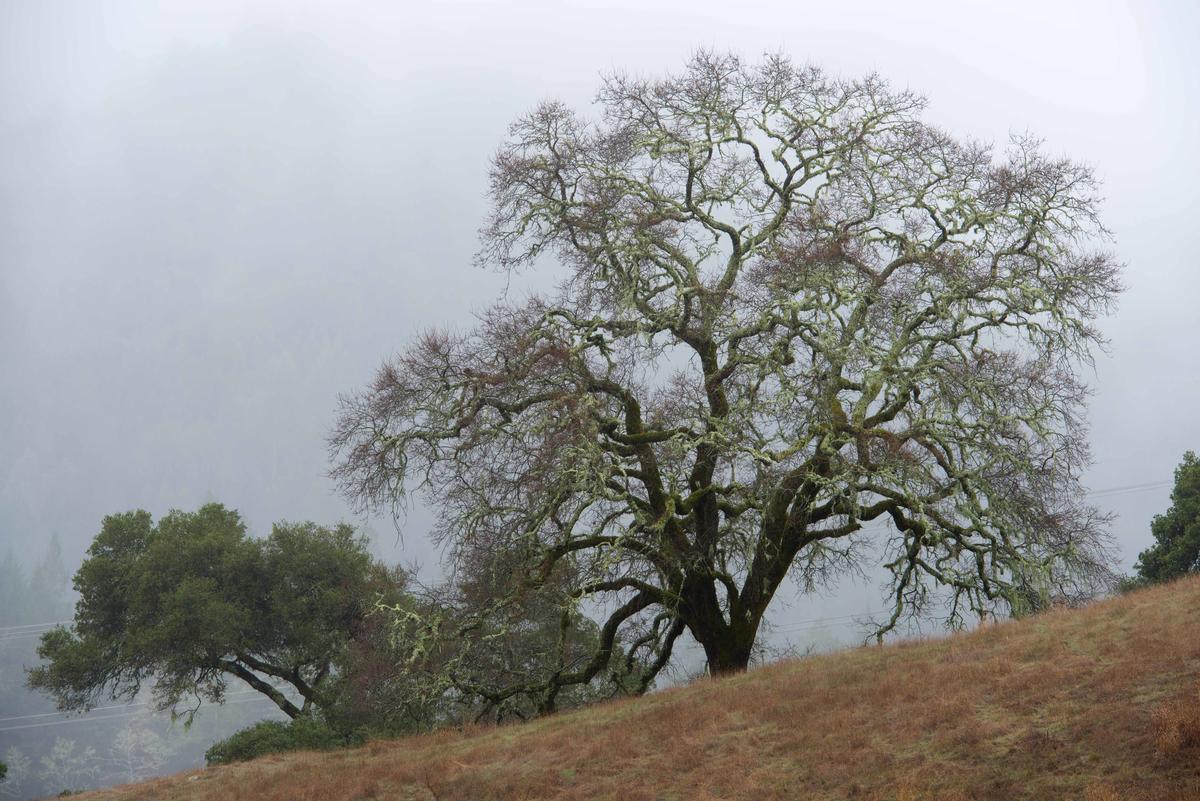 Let me see if I can paint this picture. Often after returning from long days photographing and long drives (I was heavily immersed in the Tafoni pictures on the coast and Skate Park pictures that winter) I would kick back on the deck with a beer and the camera next to me on a tripod and just click off a frame or two as the sun went down. This was a paradise.

I even had the owner's dog, Din, as a companion at the place that winter: 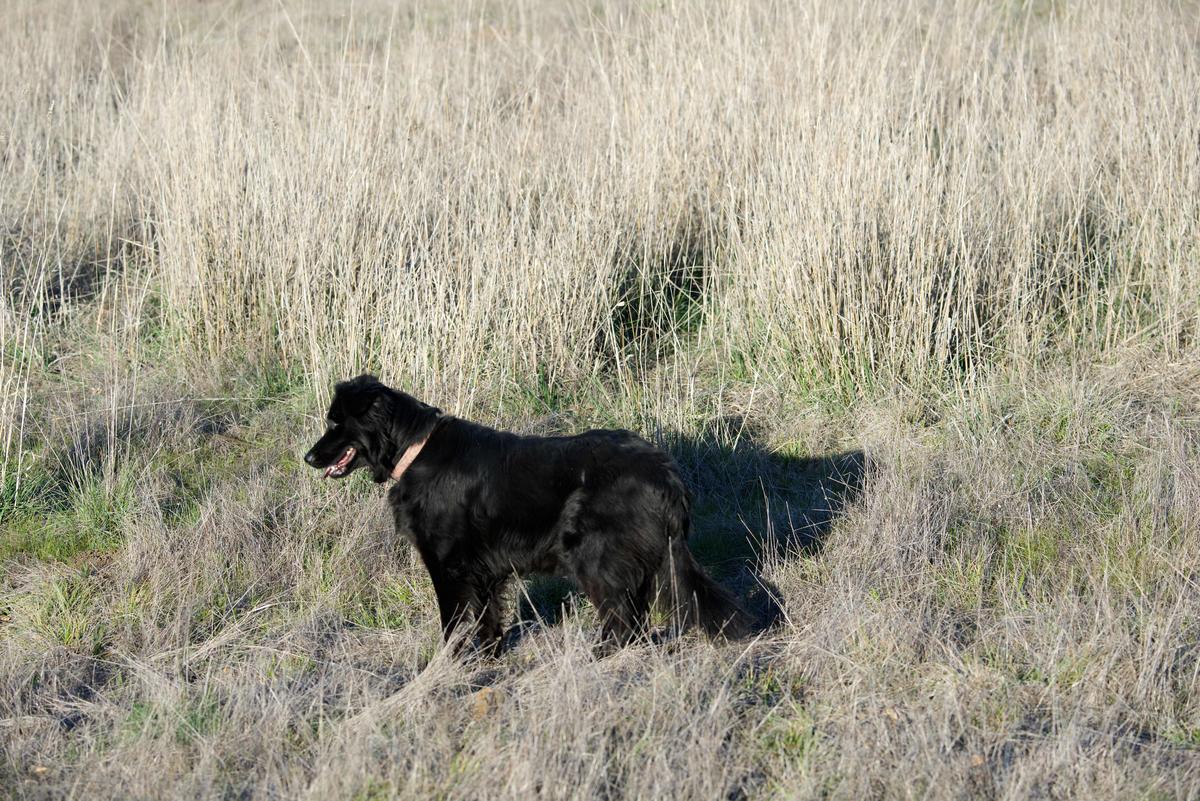 In late February, from the air, this same property looked like this: 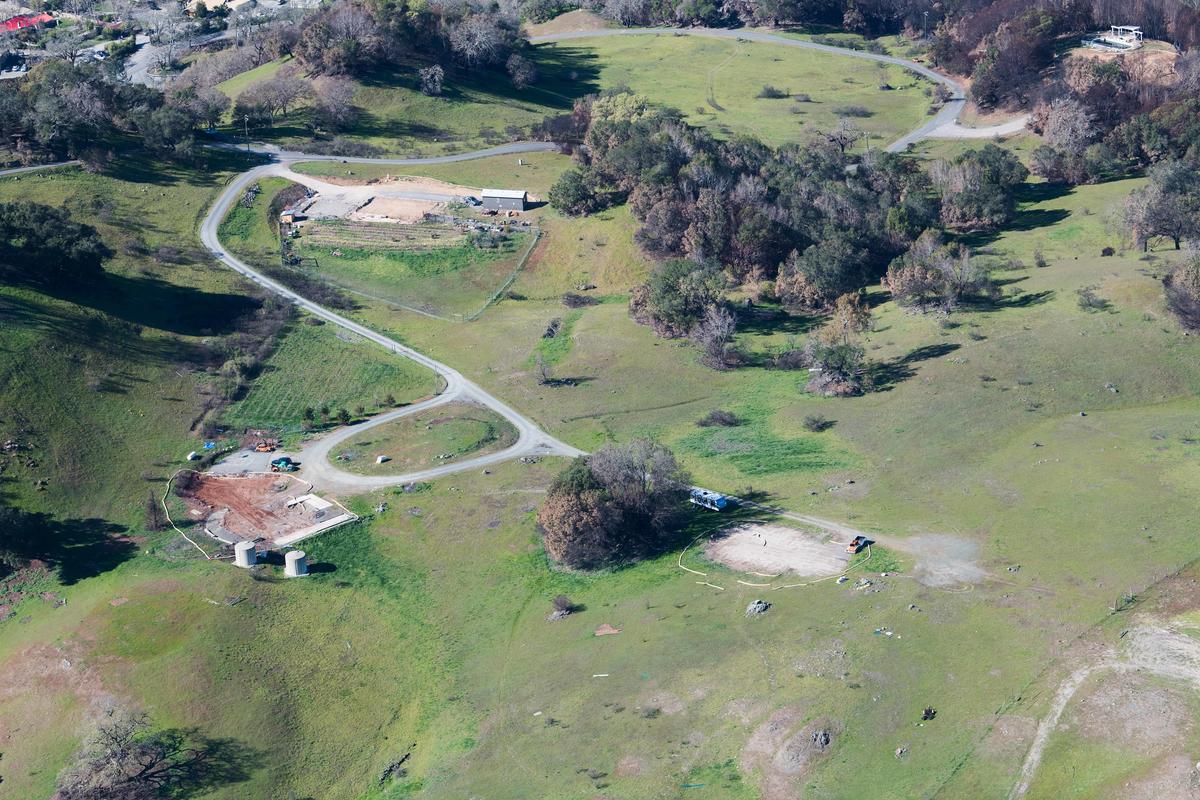 with the owner's house on the left and where I stayed in the cottage on on the right. 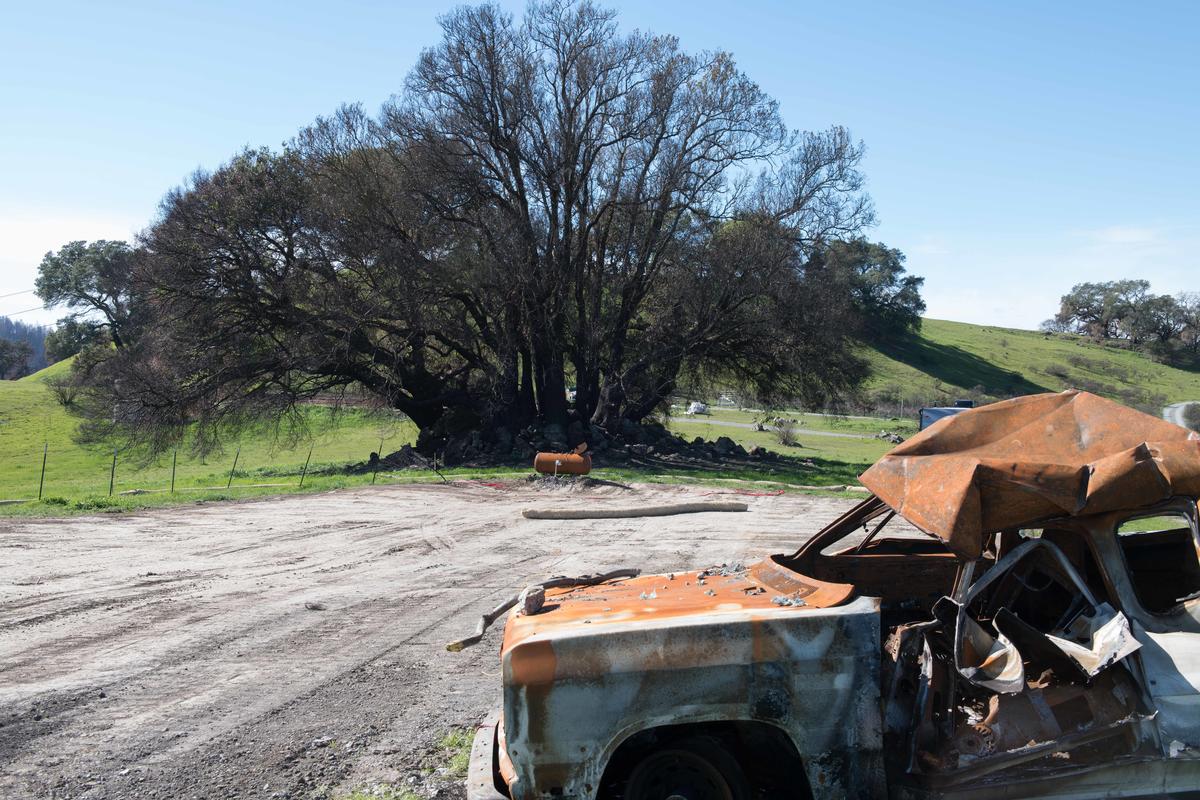 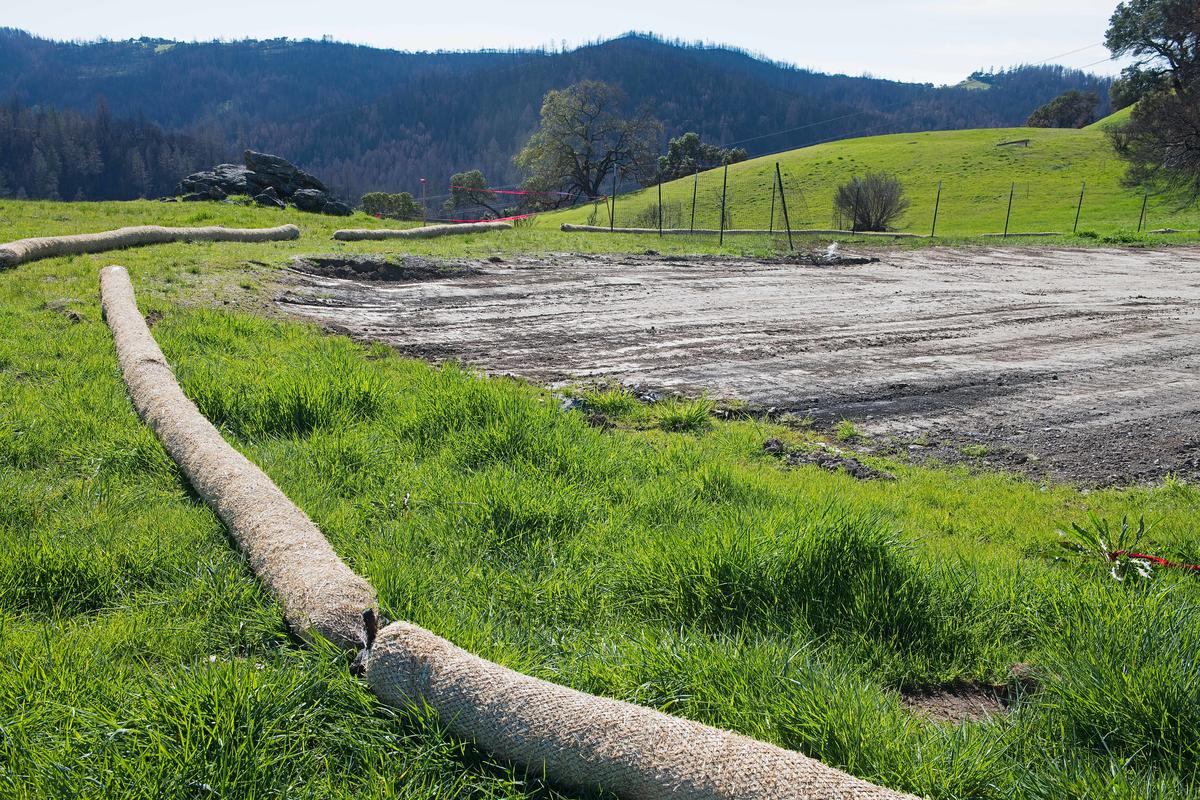 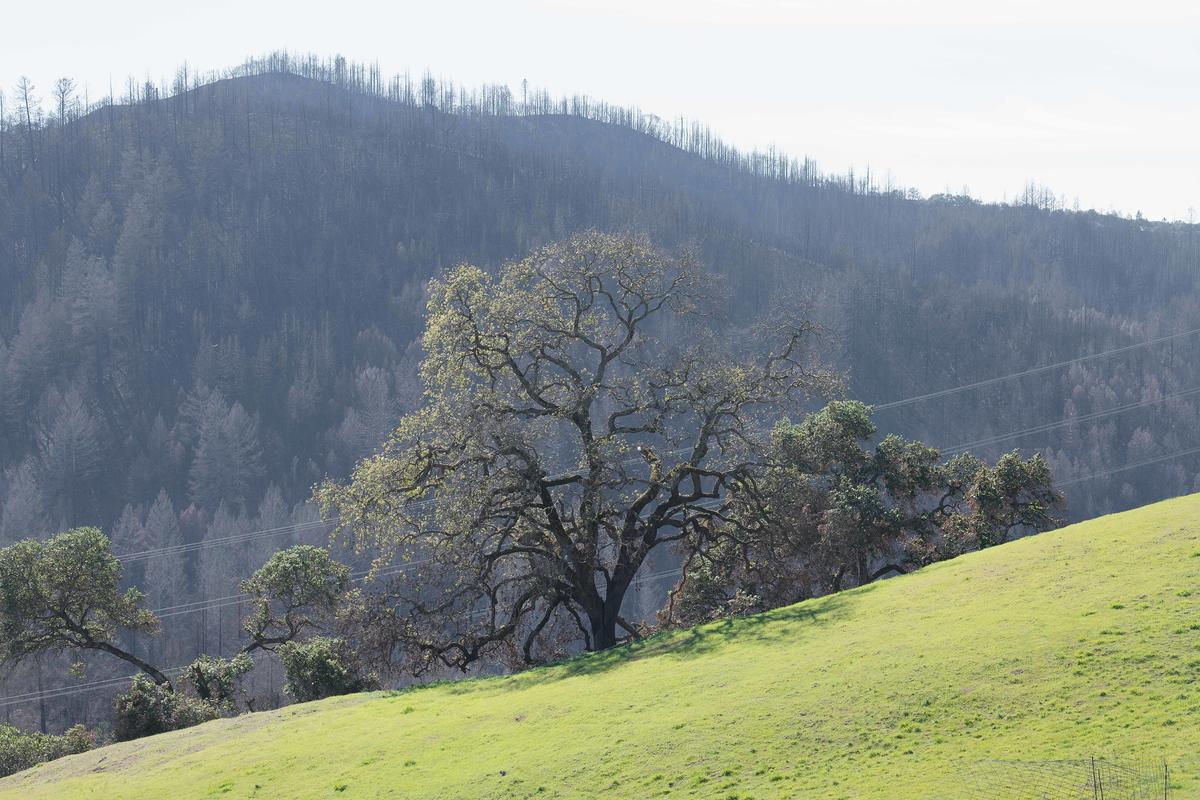 Evidently when the fire came through wind was so fierce the flames often scorched the trees but didn't kill them. You can see that in this last photograph. The hill behind the tree is darkened and some trees are stripped of foliage but not all of them.

Let me leave you with this as a symbol of the destruction: the property owner's fully restored VW Beetle: 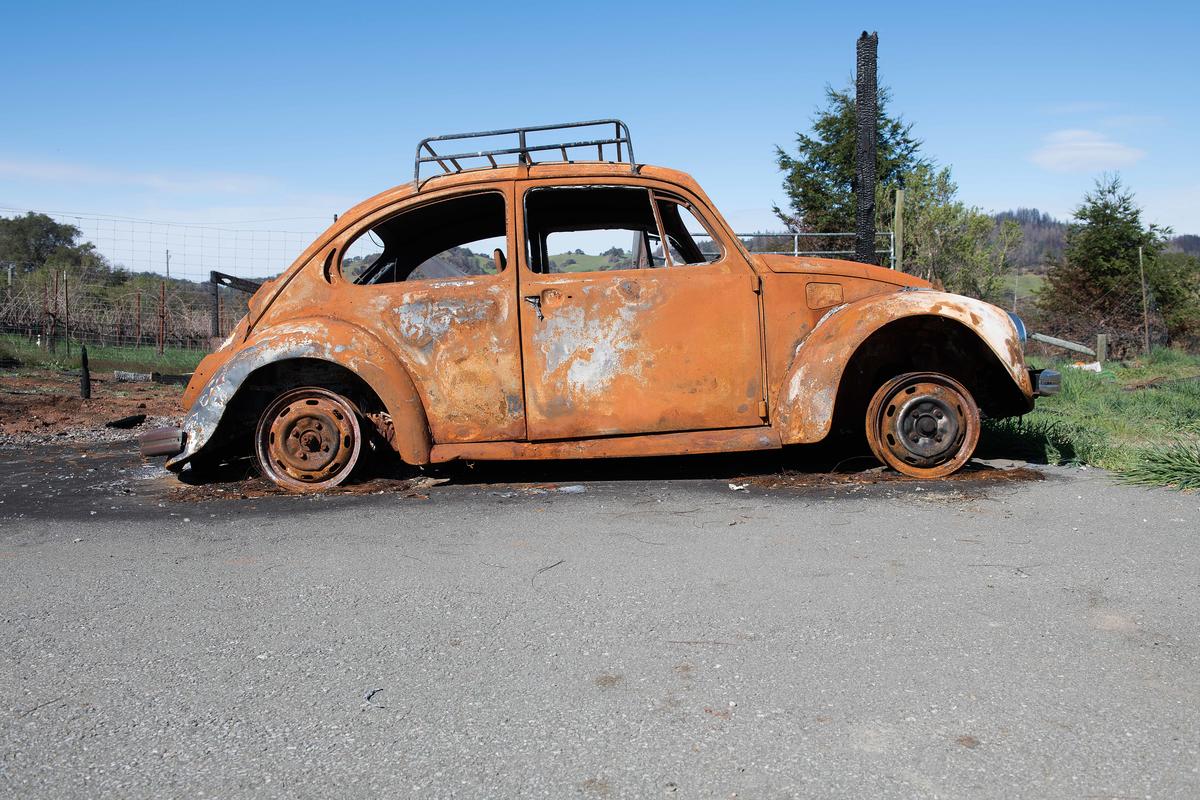 Owners and dog all are well. They rode out the fire that night in an apartment down the valley in town.

These photographs were made at Salt Point Park, a state park along the coast in Northern Calfornia, in the winter 2014.

I was in northern California for the past month photographing. What follows is some of the pictures I made while there. Read more

You know, you do this as long as I have and you think: the last thing anyone needs is another picture by Neal Rantoul. You go off for a month in the winter to an area that is pleasant and warmer than home in February and you slip into a lifestyle not so different than when you are home. You've got to eat, sleep, work out, shop, pay some bills, do errands. People wish you well on your vacation but it's not really a vacation is it? Yes, you do all those everyday things and some touristy things too but you are driving and looking, on the hunt for pictures, to make "work", wherever and however you can. What a disease. Read more

Okay, I can hear you now: "Enough already with the skate parks!" but I really do have to add something to the one already posted, the Healdsburg Skate Park. Read more

Now for something different. I am now in Santa Rosa, CA and will be for the next month or so. Santa Rosa's a little more than an hour north of San Francisco near Sonoma, Napa, Sebastopol, Healdsburg, Guerneville and the Russian River floes just north nearby. Read more