I am not home anymore but on a photo shoot.

Uneventful flight to Spokane yesterday, through Minneapolis. Picked up Budget rental and drove to Colfax, Washington where I'll be for three days. 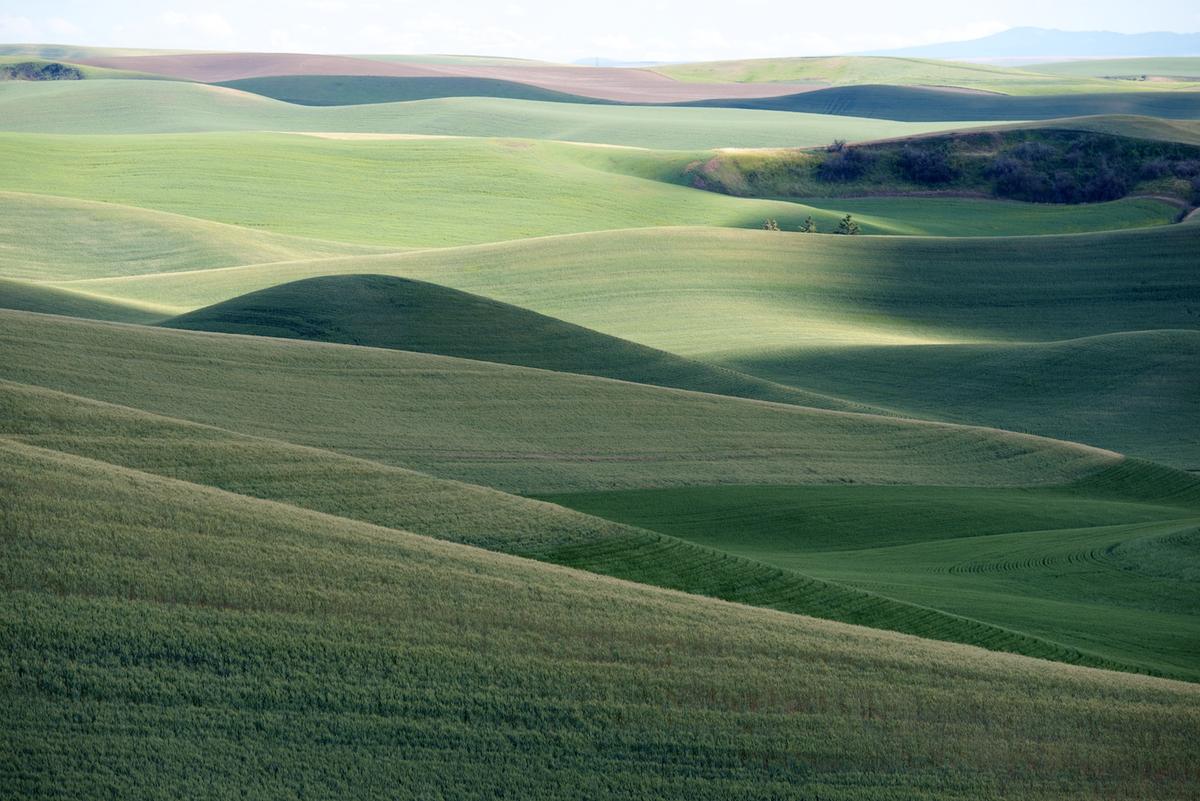 Where am I? In the heart of the Palouse, the wheat, lentil, barley area in eastern Washington I've photographed in for almost twenty years.

Take a look at:

I missed last year as I was in Iceland.

Early July the wheat crop is about mid thigh level, high enough to be blown in the wind but not so high that it can't support its own weight. 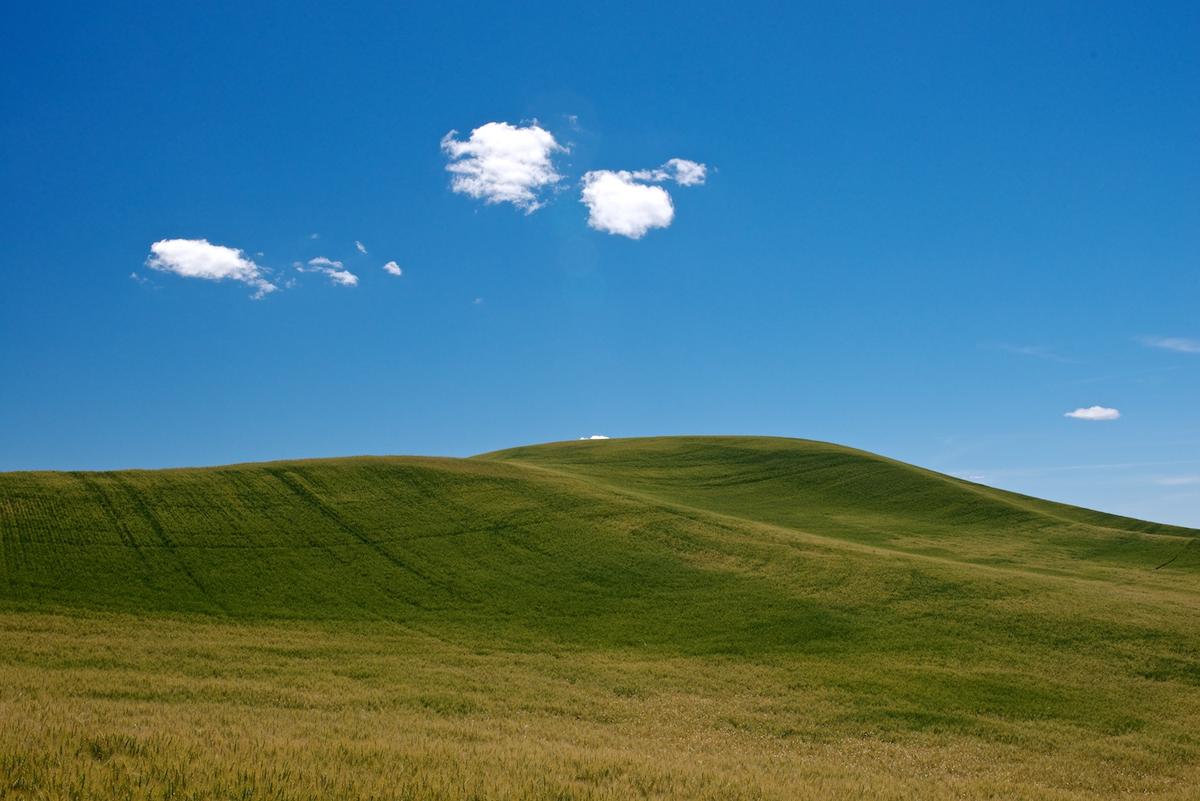 There's no harvesting yet, but that will come soon. 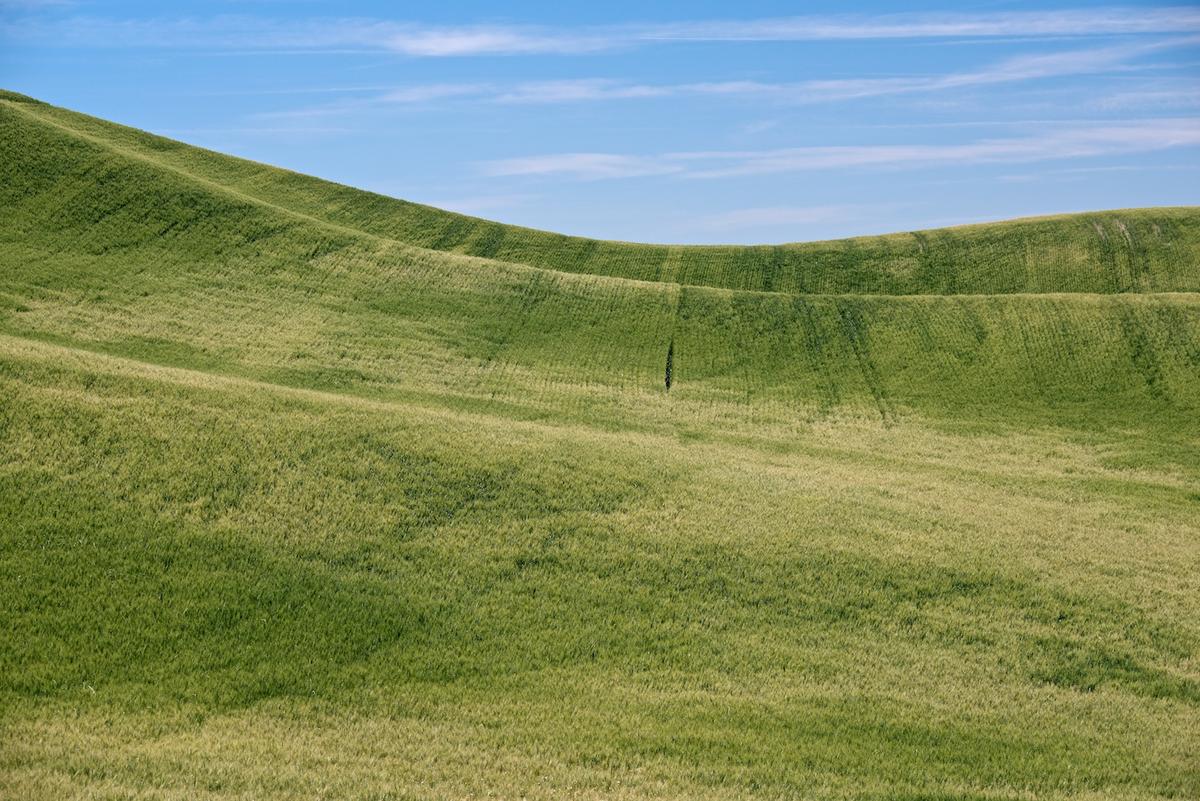 There's a softness to the landscape this time of year and the Palouse is really at its best right now; rich and sumptuous, an epitome of agricultural richness and prosperity. 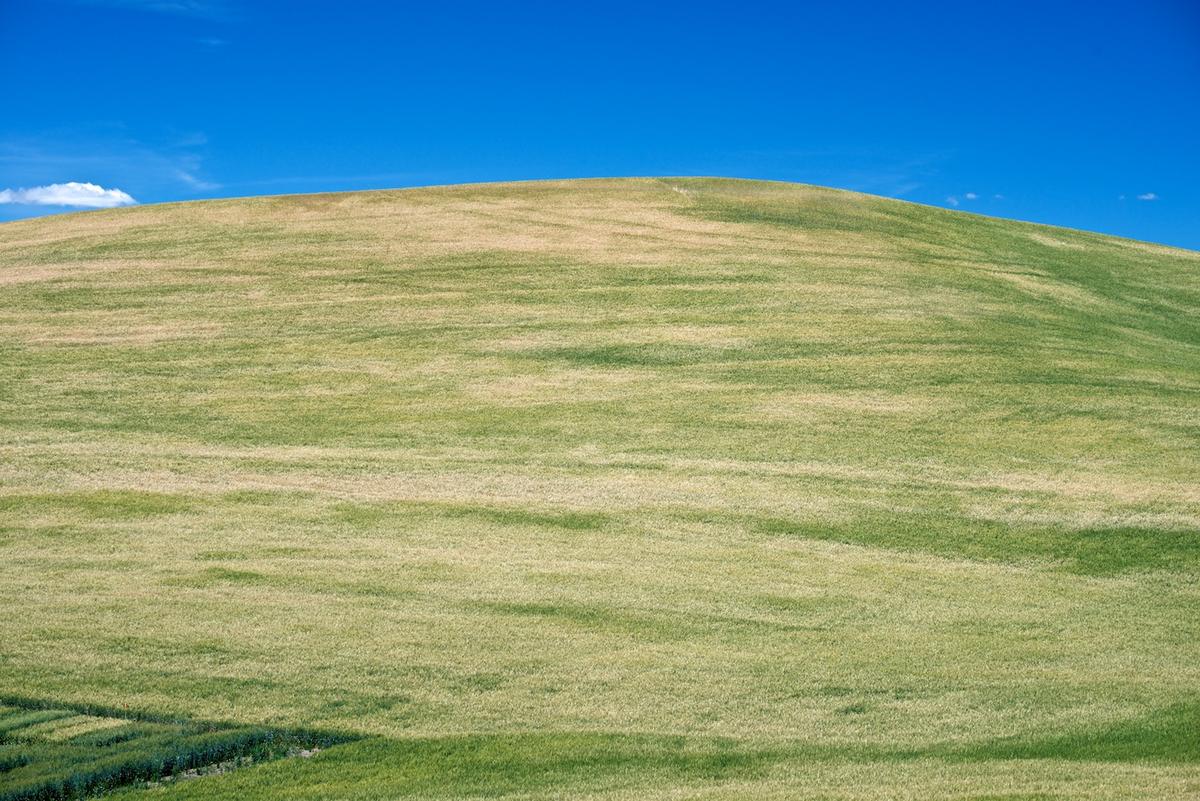 What's a day like shooting here in late June? Try to get out and on the road by 5 to 5:30. Head north or south, east or west; it doesn't really matter.This is literally thousands of square miles of hilly fields covered in mostly wheat, with Colfax in the center. Best is to pick an unpaved farm road, get lost and roam, looking looking, stopping to set up and shoot, usually right next to the car but sometimes heading off into a field, or climbing a rise for a better vantage point, packing the gear back in the car and driving again, sometimes just around the corner to stop again and sometimes for miles in an endless succession of stops, shoot, drive on and stop, shoot and so on until the light gets flat and bright by 9:30 or so. Back to the hotel, late breakfast/early lunch, download files, pass out and cruise for a few hours only to pack it all in the car again and do the same routine from 5 until the sun sets about 9 pm. 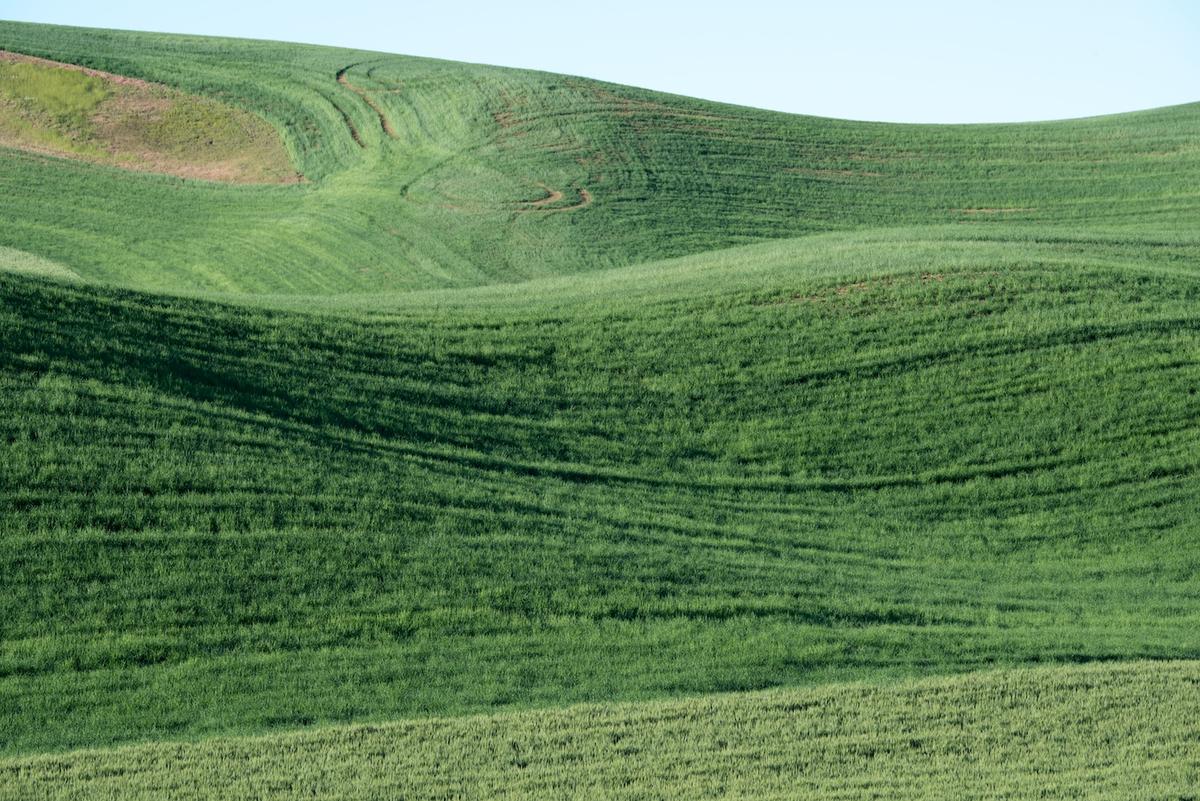 Sometimes, like today, I will shoot midday anyway, even though the light's not at its best. Today was just too good: bright clear blue sky with puffy white clouds. 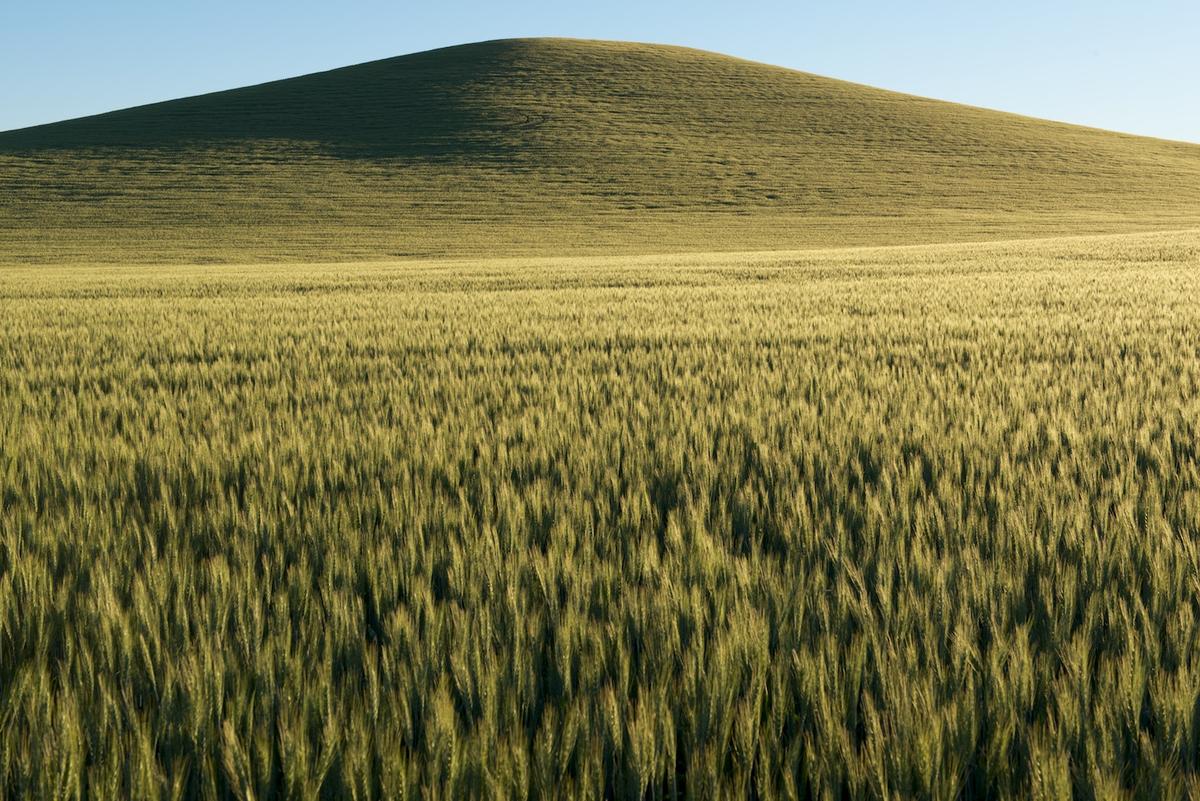 I am apt to hyperbole about this place but it truly is spectacularly beautiful. Put it on your list of must see places. Not touristy and not flashy, no five star Michelin hotels, food that's nothing to write home about, but simply the best place I know.

Tomorrow I will shoot aerials for an hour or so in the early morning. A first is that I will fly in a Cessna 206. This is a bigger plane than I've flown in before and two side doors will be removed for the flight. Can't wait.

This is the third of the bodies of work from the southeastern corner of the state of Washington called "The Palouse" represented on the website. As I write this now in August, 2012 I am working on a new group from a trip made in late July.

The photographs from this 2011 trip were made in mid May, a very different time in the region. It is very early in the growing season and the crops are either just showing bright green or are still turned under from the previous winter and are bare. There are also some fields that are the stubble remaining from the previous harvest in the fall.

As usual, I stayed about a week and photographed from the air as well as on the ground.

We will post the new 2012  wheat field pictures soon.