Twenty years ago I made a series of photographs in Portland, Maine. The series is on my site here. It might be helpful if you looked at those first, as they are the frame of reference this new work is based upon.

When I wrote several blogs about the work I discussed the photographs and their timing, the pictures made as the last snow was melting in March and the fact that it was the first group like this I'd made in several years. The posts start here. 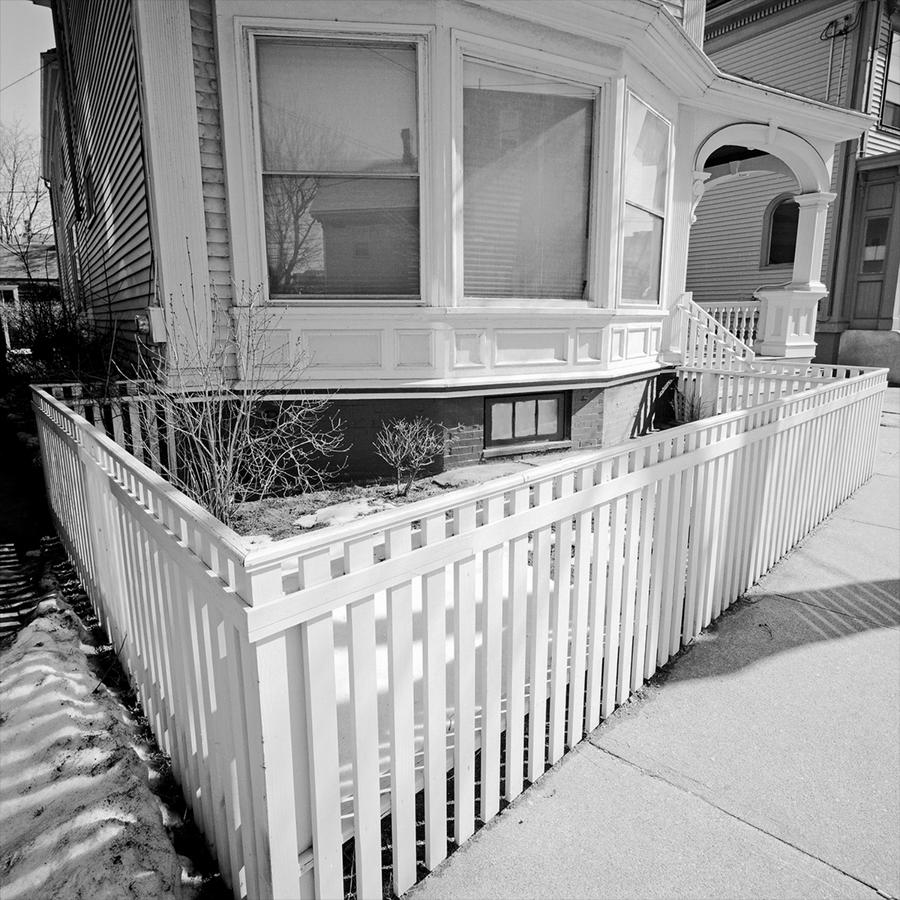 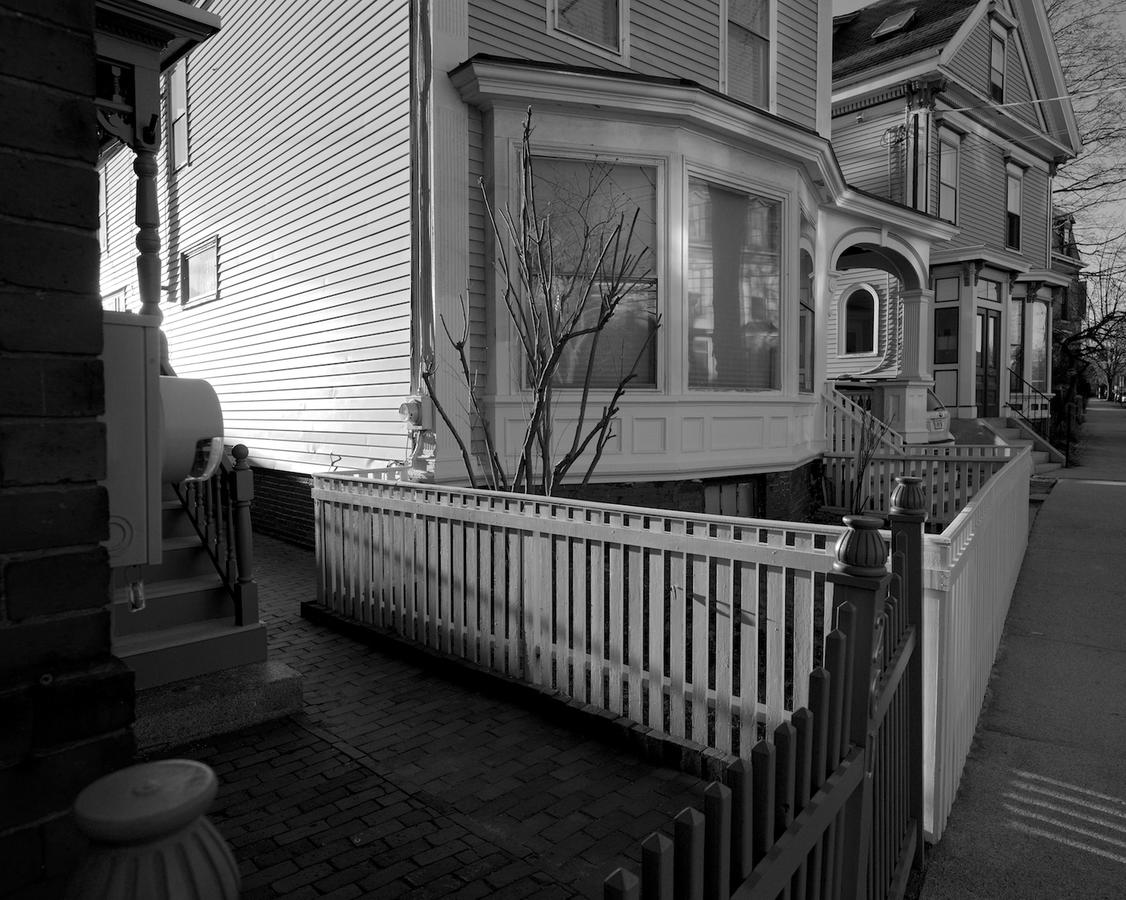 It was a humbling lesson.  I did not try to duplicate pictures or try to survey exactly where I'd been two decades ago. That would be dull, predictable and too much like a survey, for I am an artist not a  documentarian. But I did want to be in the same area, with similar light and then see what happened.

It was very cold and very early, the light as sharp, clean and crystalline as any I've ever seen with strong sunlight and deep shadows filtered and channeled by the buildings. 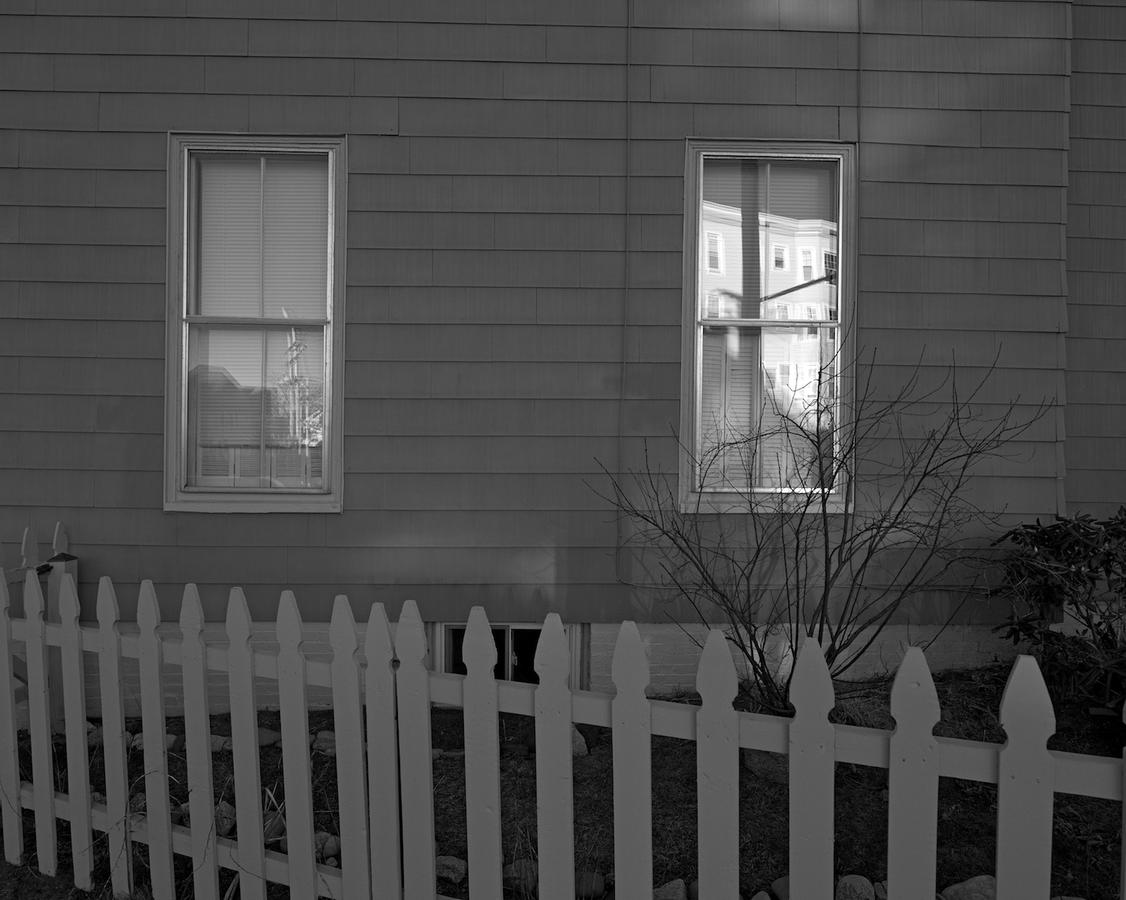 Why would I presume that I could be as "sharp and clean" as I was twenty years ago? Was I trying to regain my more youthful self? Presuming that I could perceive and render with decisiveness? No. I was there to see if I could muster the forces inside to make relevant statements, to see if I had wit, perception, clarity and design in hand, to measure the level of my game. But I was also there to see if my perception of what a picture was had changed in the context of this familiar territory. We all agree we are the same person we were twenty years ago and yet we are not as well. There is so much that happens to us that changes us. Would this be perceptible in the pictures I made? 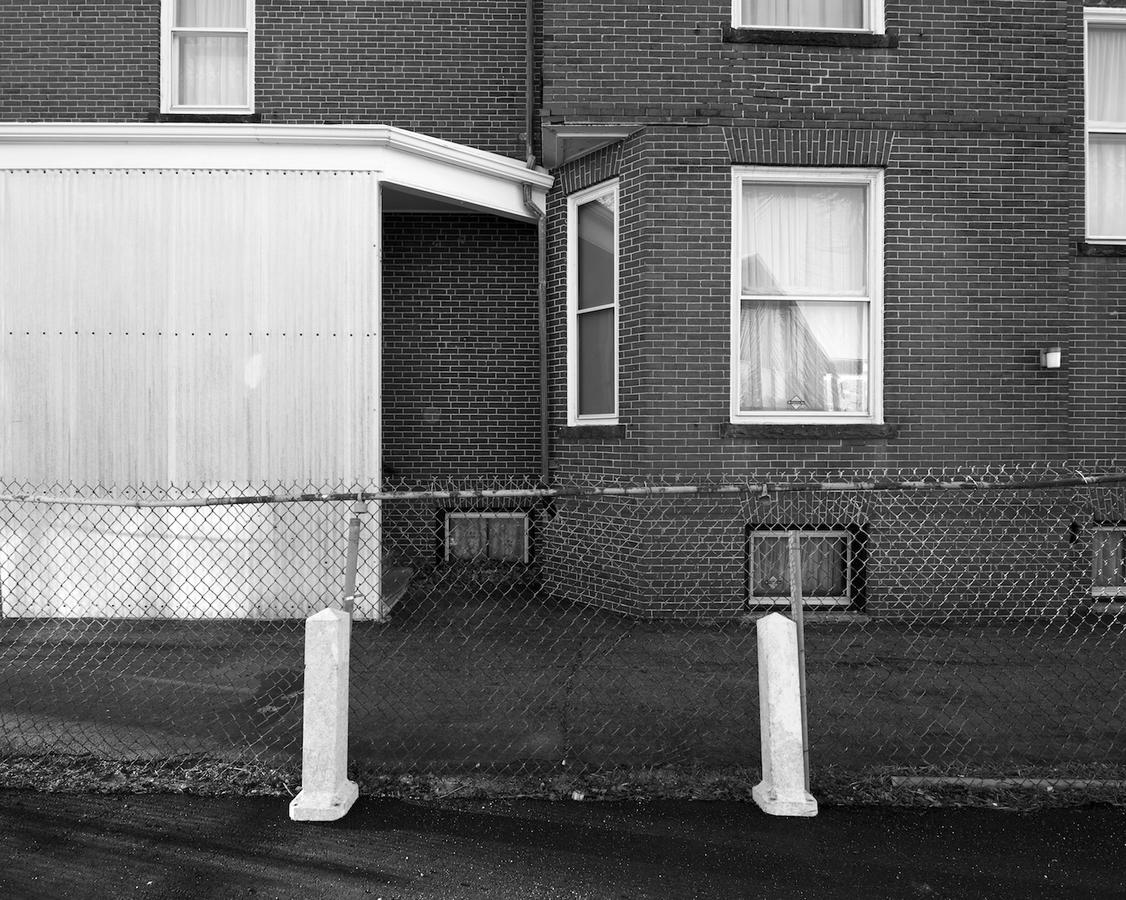 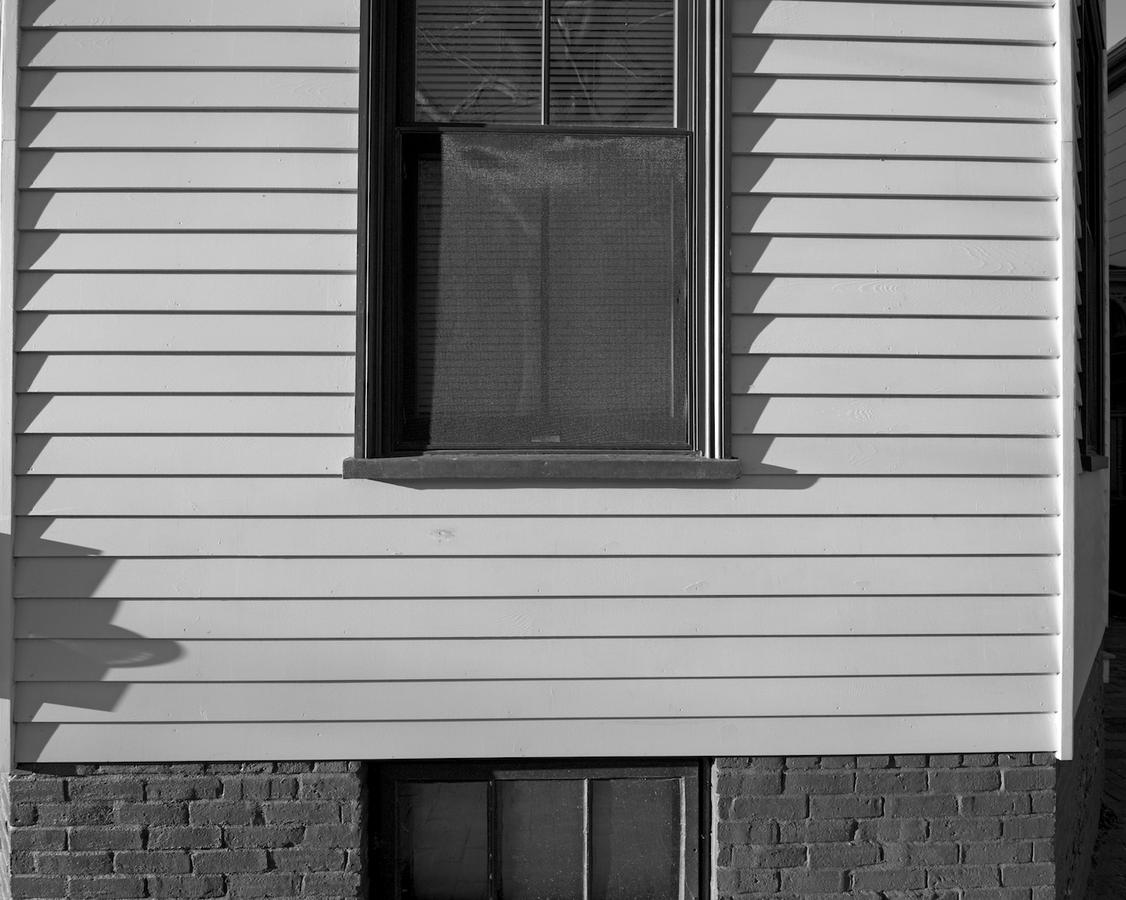 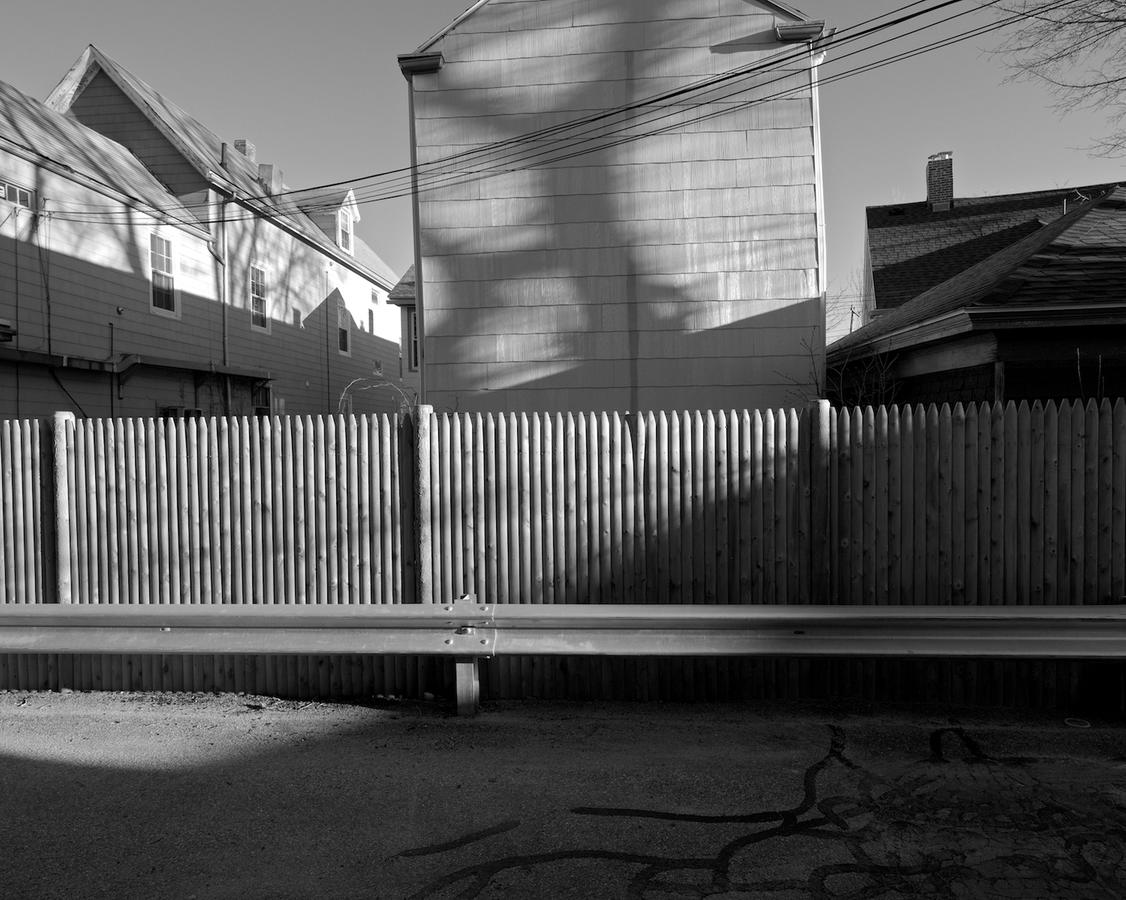 I don't know that I can answer that, yet.

Funny to have pictures you made twenty years ago rattling around in your head when you are making pictures now in the same place. Certainly I could work to repeat myself but that is something I have no interest in. Have you gone back to something you did in the past to re-realize it, to re-aproach it? Maybe its my being 69 years old at work here, I don't know. But this thing I am trying certainly has its challenges built in.

What did I find? I found that I learned that re-obtaining the feeling of exhilaration and magic of those pictures I made twenty years ago did not come so easily. Just because a veteran like myself points a camera at something with intent and purpose doesn't make it any better than pictures made by someone completely inexperienced and clueless. In fact, the very nature of having made pictures in the past that were good carries the weight of presumption and makes photographing now more difficult. Call it baggage. I did make one or two that day that sing but will clearly have to work longer and harder than just one March morning to make a new series that will be truly good. Scratch the idea that I can bring a high level of insight to reality at the flick of a switch, on call. I never could and I certainly can't now. As I said, humbling, but exactly as it should be.

What a truly odd thing to be doing! To be standing out there on the sidewalk in 20 degree freezing sunlight on an early Saturday morning in March, pointing the camera at the side of a house and banking on the premise that I am perceptive, endowed with ability and discernment, able to speak of larger issues in this very small sphere of place and time. No wonder artists are so misunderstood! 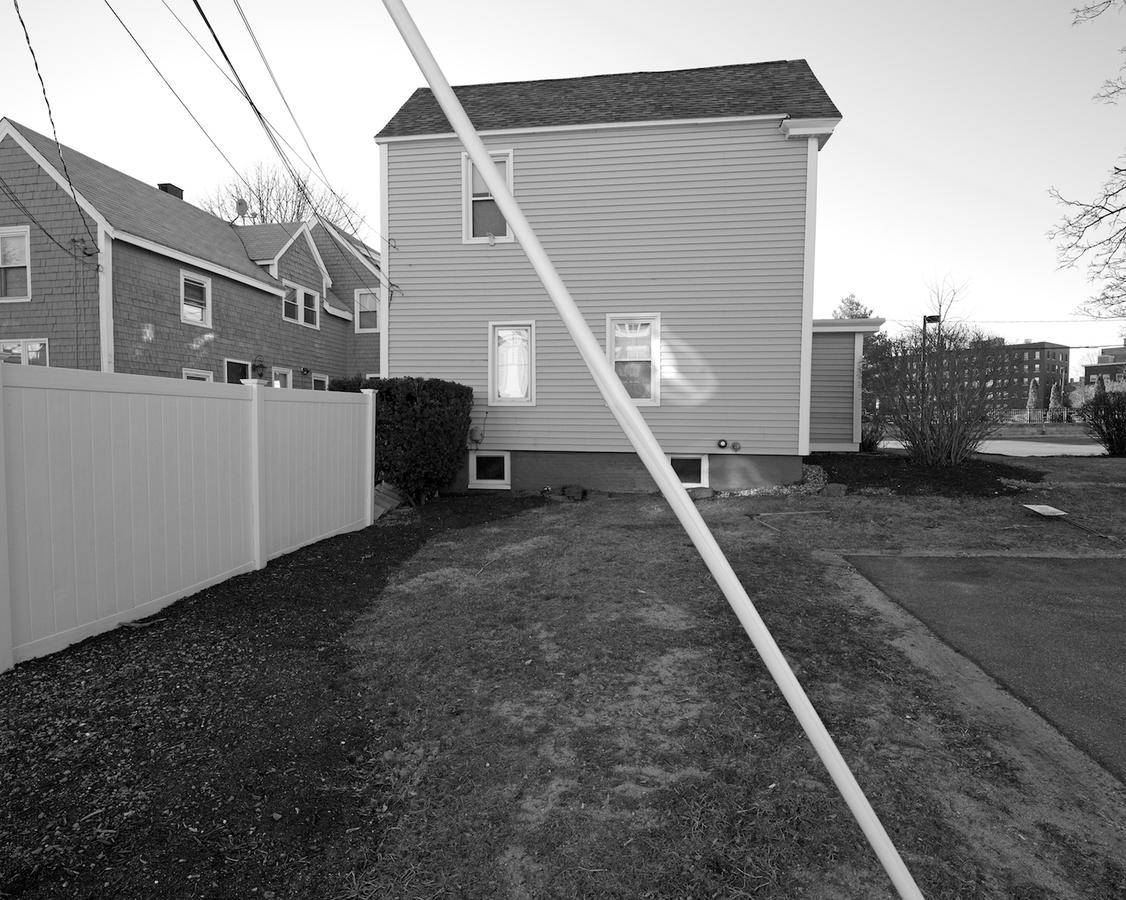 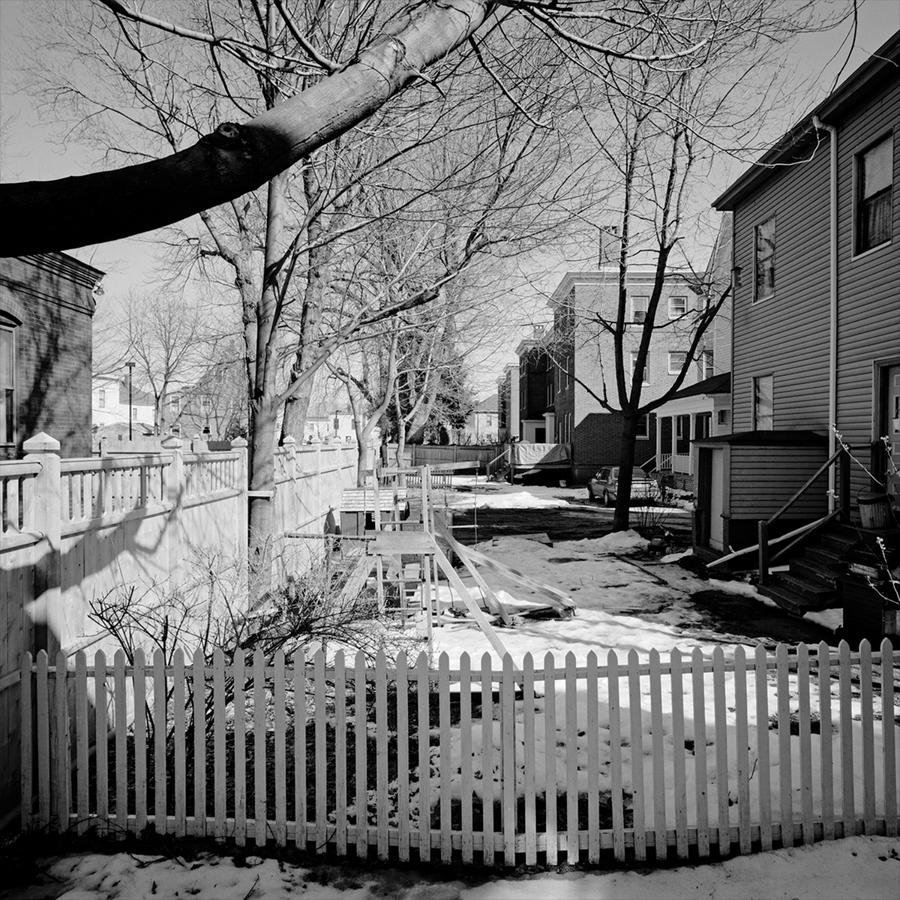 A footnote about the tools I used: I found myself obsessing less about what I used. I did use a camera with a wider lens than I did in 1996 and a 5:4 rectangle for shape  to contain the width and exposure settings to try to favor the highlights so as to keep them from overexposing as they were very bright. This meant I lost some detail at times in the shadows. So be it. I was also framing looser as if what was on the edges needed less overt control or that I felt it was okay not to overthink it.