I thought I had it all packaged, a known methodology, a series virtually completed, the work and manner of making predictable, all planned, really.  Wrong.

First, a day with strong light, wind and blue sky clarity. I thought I'd head out to just see what I could get in the mid to late afternoon, as many of the past shoots had been in the a.m. What I got was a surprise, what turned into big deal instead of just an afternoons' diversion. Not so much what was in front of me but in how much my thinking had changed, being so all consumed with the thoughts and feelings of this new series. This is obsession, of course, and it is often what we seek but comes with its own penalties too. Last time I shot on the Shrink Wrapped project had been ten days before these. It's as though my mind worked the problem over and over, took me through possibilities and iterations, allowed me to arrive along a path without even making pictures in the various versions, then took me to here, someplace else. This make any sense? Because I am in a very different place now having made these recently. 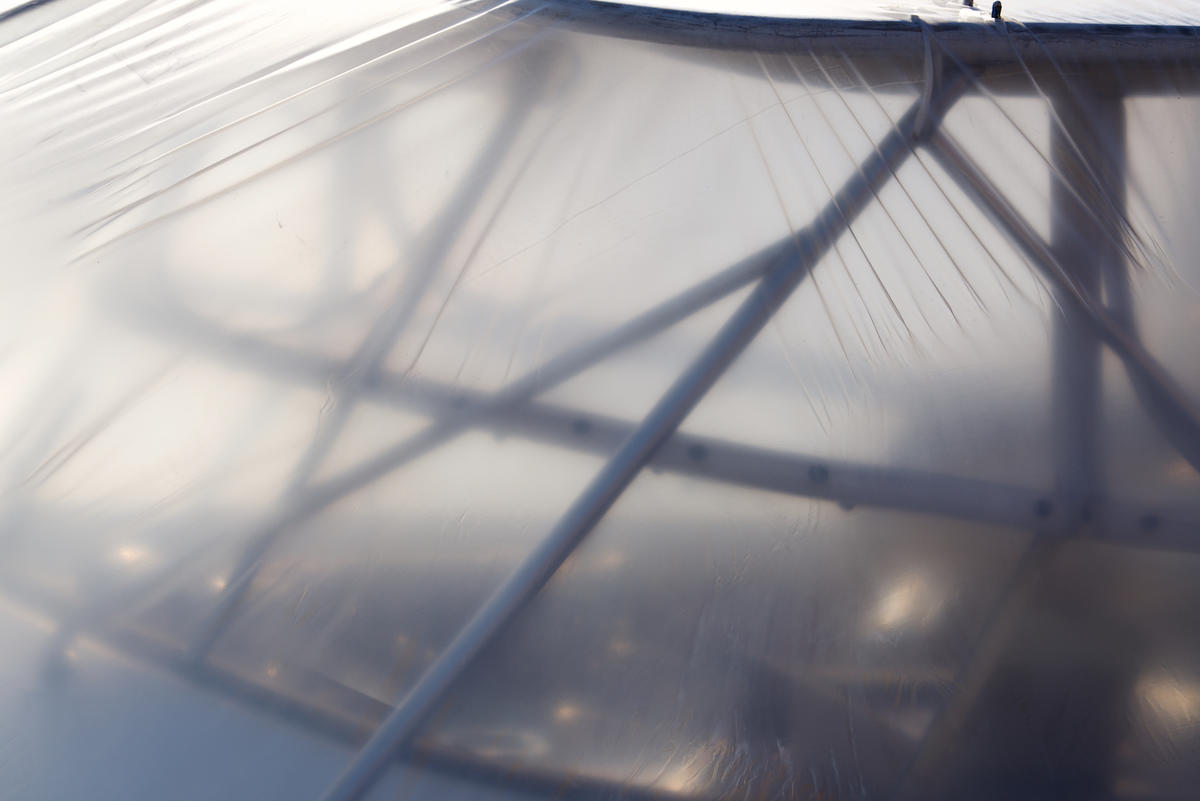 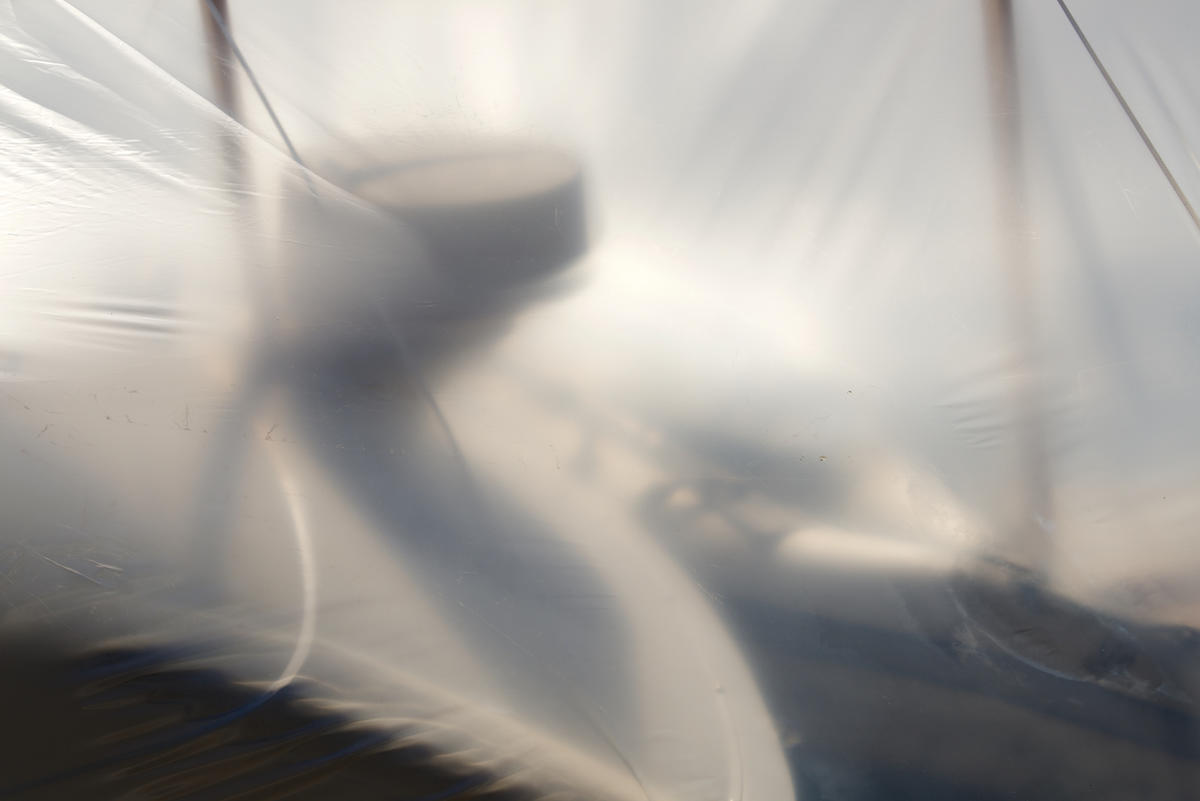 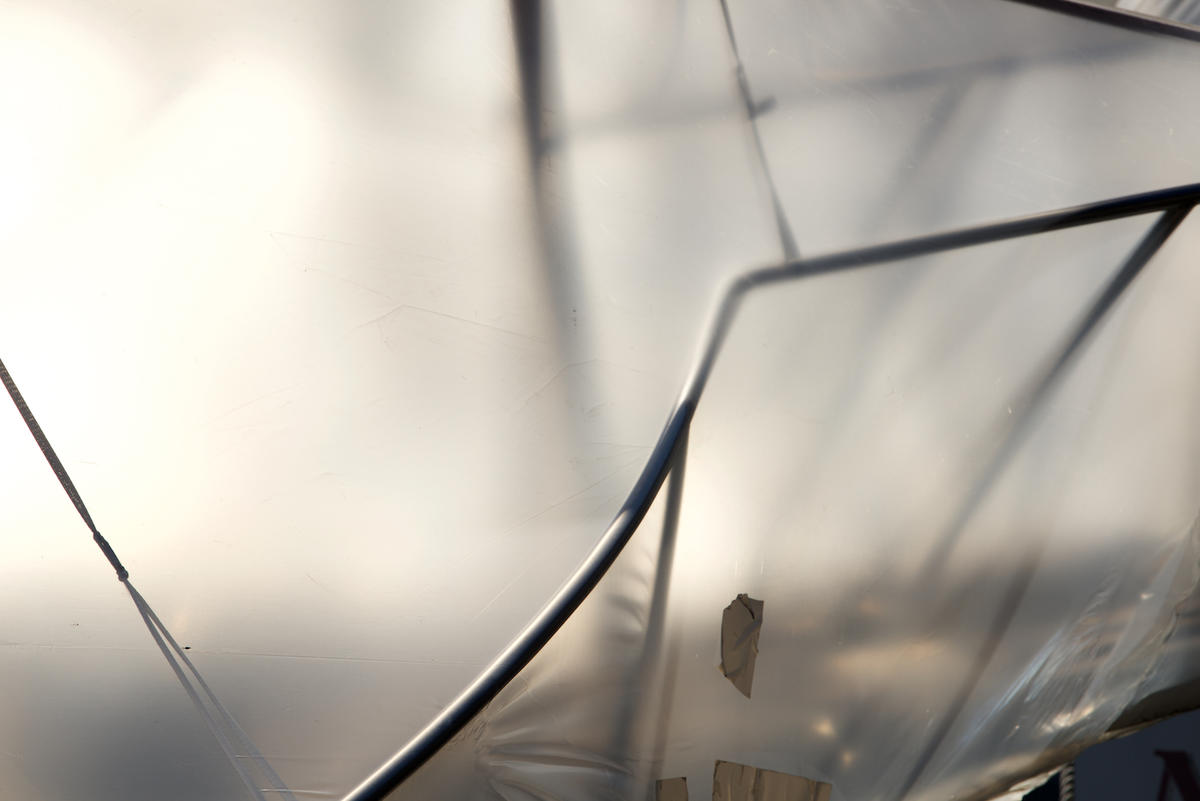 As I said, someplace different now.  This is new, this phase, and this is the part where I don't know where this comes from as these are from a far more subliminal place.  I feel like a passenger along for the ride.  This is good but a little like vertigo as I am not sure quite where I stand.  On the other hand, this heady feeling I have about these pictures means that I am no longer bogged down with some sort of base, some sort of foundation upon which the pictures reside. Oh no, not at all. So, faced with this new what I did a few days later was to is head up to Maine to find more and, as it turns out, very different boatyards with shrink wrapped boats. 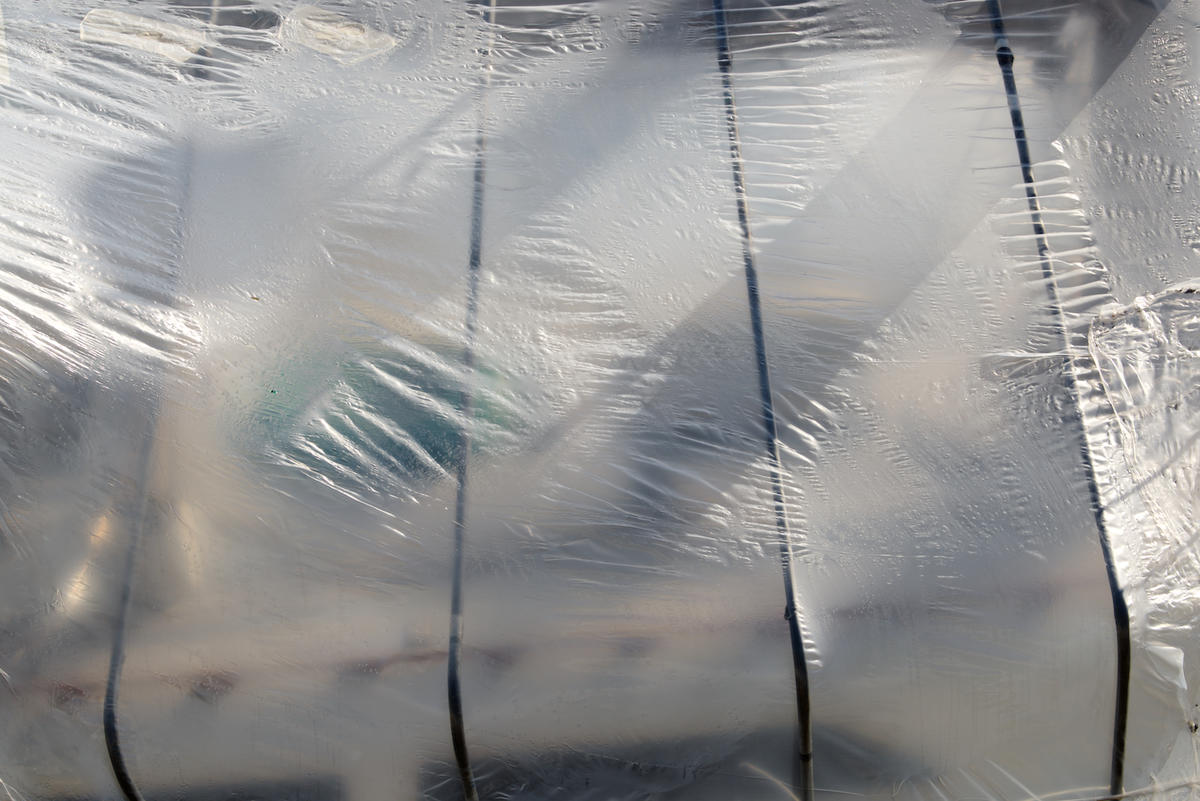 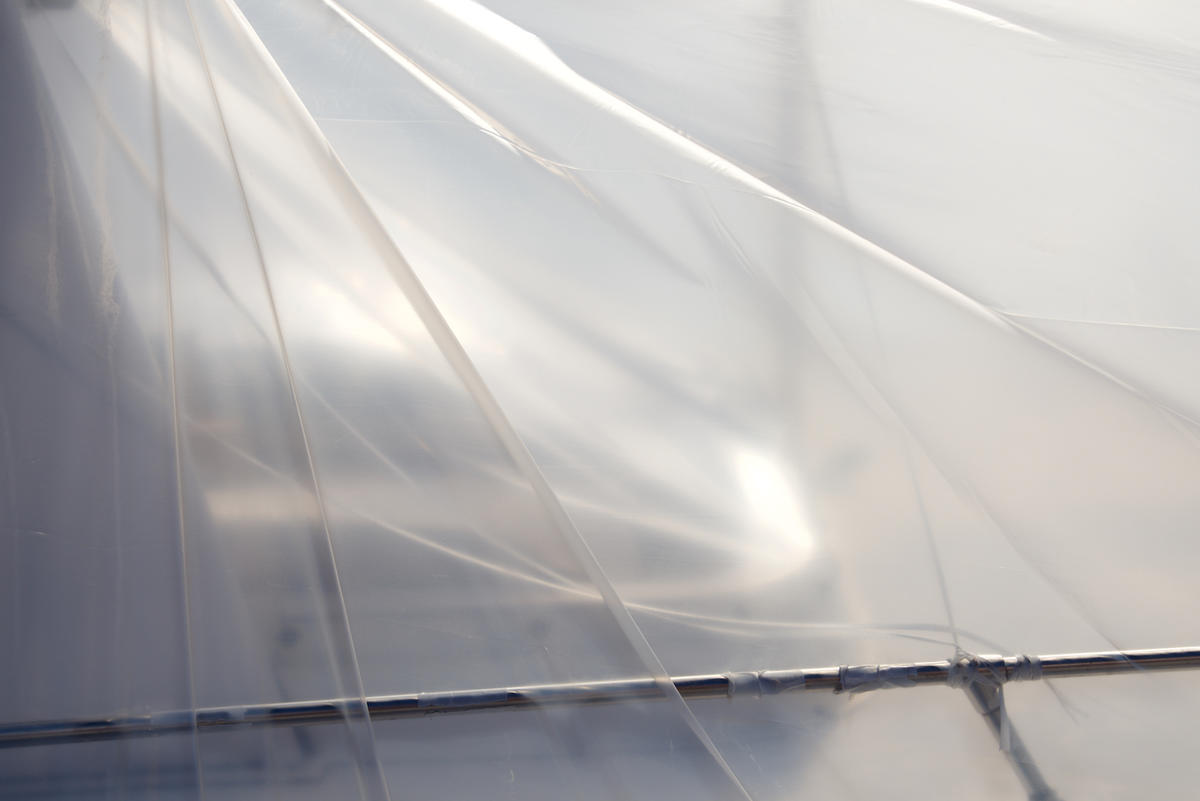 Imagine allowing yourself the permission to strike out on very new ground. Granting yourself the luxury of thought in something new and unknown, taking a leap to jump ahead several steps in some sort of trajectory, a progression to some place quite simply, new. Progress forward without restraint.This bears some relationship to how you define your earlier work, of course. One of my teachers said that it all exists as a continuum, your early work compared to your latest. Easy to diminish the earlier and place the latest on a pedestal as you like to think you know so much more now. But it is all your work, the older and the new, and so as valid and relevant as anything you've done. This is not easy as you really can't negate the time it takes to get here. This is simply paying your dues, putting the time in. But this can be something very new. Giving yourself the permission to take the leap. You want to jump ahead, don't you? You're impatient to be there. In one sense you can do that through study and looking hard but in another perhaps not, no substitute for time in. I think of this as arriving at simplicity, something a younger or less experienced artist might not see as he/she is looking for significance and "meaning". Well, by pushing for that you may find it inaccessible.

Remember when we started out on this shrink wrapped journey I said that I wanted to delve into the anatomy of a project? Well, we are know in the evolution of the anatomy.

We will have one more blog next about these stupid shrink wrapped boats (yes, this has become a love/hate relationship). The last one, I hope. Why? Because I did go up to Maine on what turned out to be just one day instead of several. One day because it started to rain which effectively shut me down. Where I found truly epic coastal fog as snow melted and the temp was in the 60's. Where I found whole new kinds of wrapped things I'd never dreamed of. Where the sky and the plastic all melted into one, like being inside a ping pong ball.

Want to put a little mystery into what you shoot? Wrap it.

Next up: Shrink Wrapped 4.

In an edition of 5 and available for viewing at the artsit's studio. Contact: nrantoul@comcast.net

Made in the summer 2005 while teachng in Venice. Shot on film and then printed as archival inkjet prints. The prints are about 11 inches square.

This one will fall into the category of being quasi photographic in that it uses photography in no artistic way to show you why it is so cool where I live.

First of all: I love where I live. I have lived in Cambridge, MA since the mid 70's and have been in the small condo I am currently in since about 1990. Cambridge is right across the river from Boston. I live in the lower non-posh part of Cambridge known as Cambridgeport. I am close to the Boston University Bridge that spans the Charles River.

Last weekend was the first time I'd been home in about month. It was also the "Head of the Charles" boat races and it is always fun to go. Best way? Ride my bike and cruise up and down both sides of the river. My favorite view is from the middle of the BU bridge 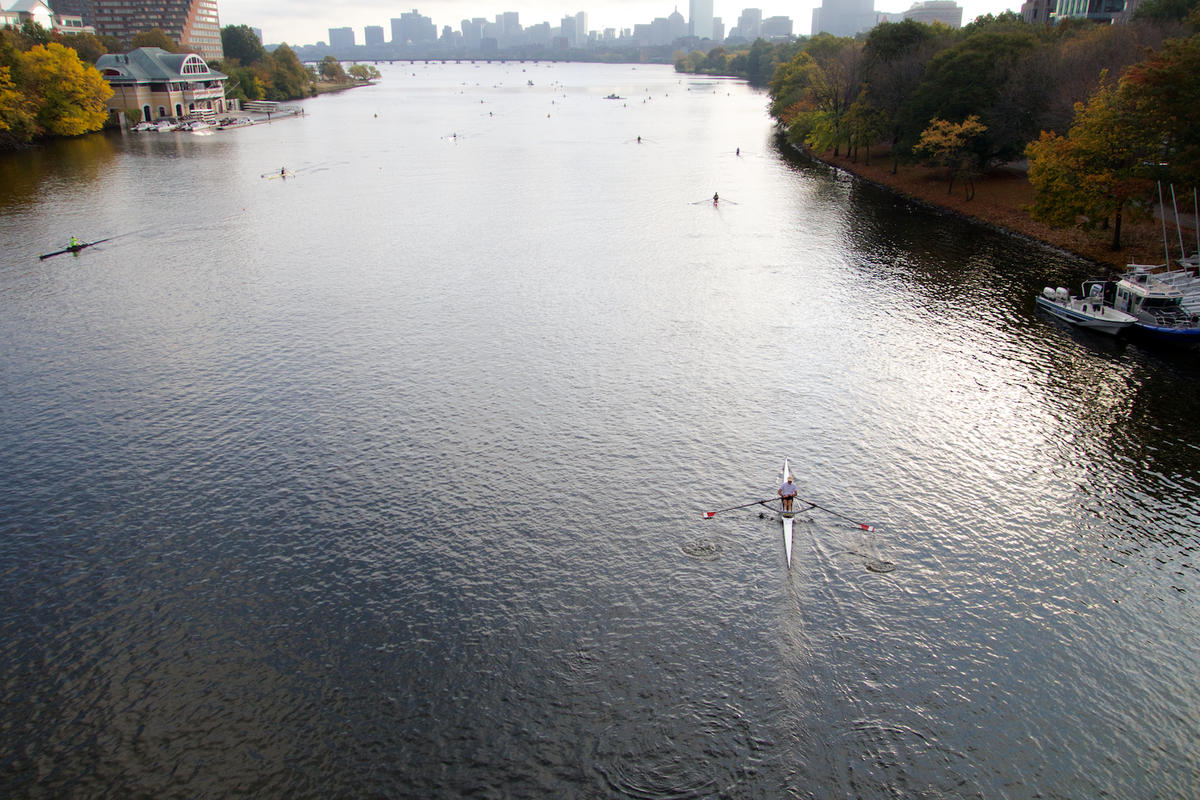 which also has about the best view of my favorite city, Boston. 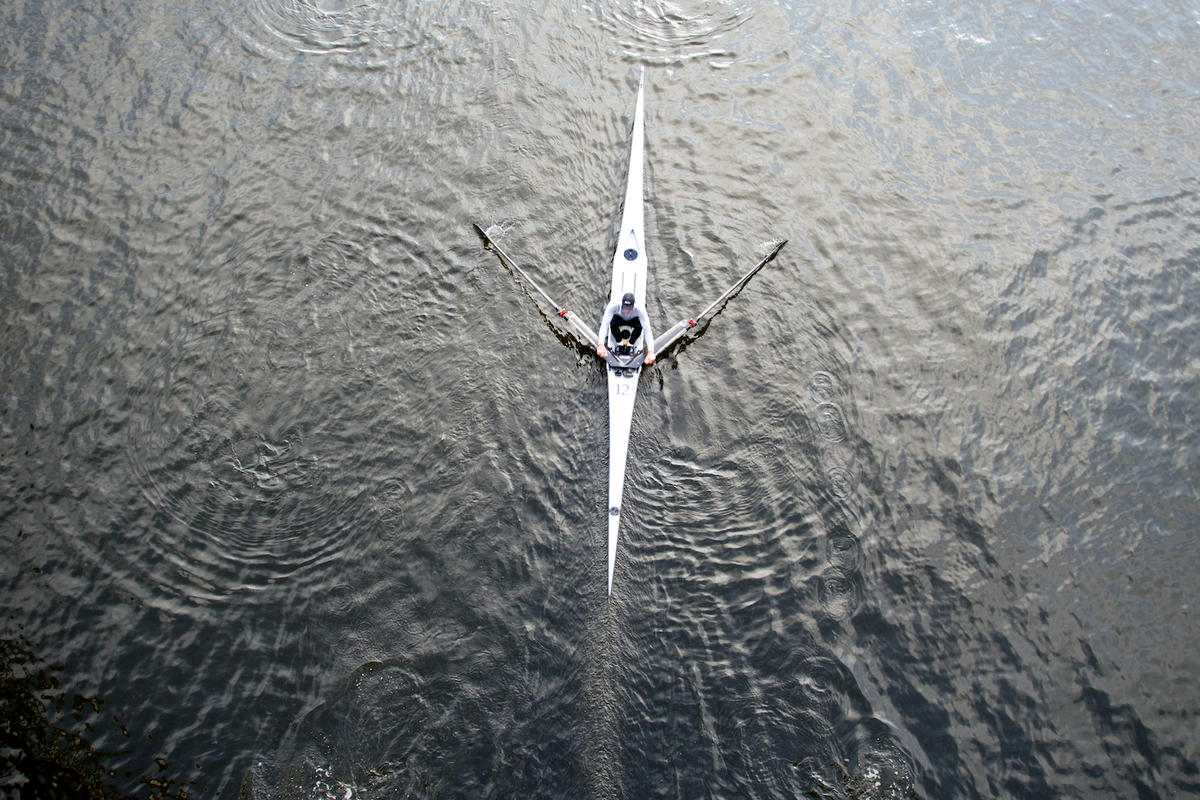 But also, as I was riding to the gym to work out, I came across this: 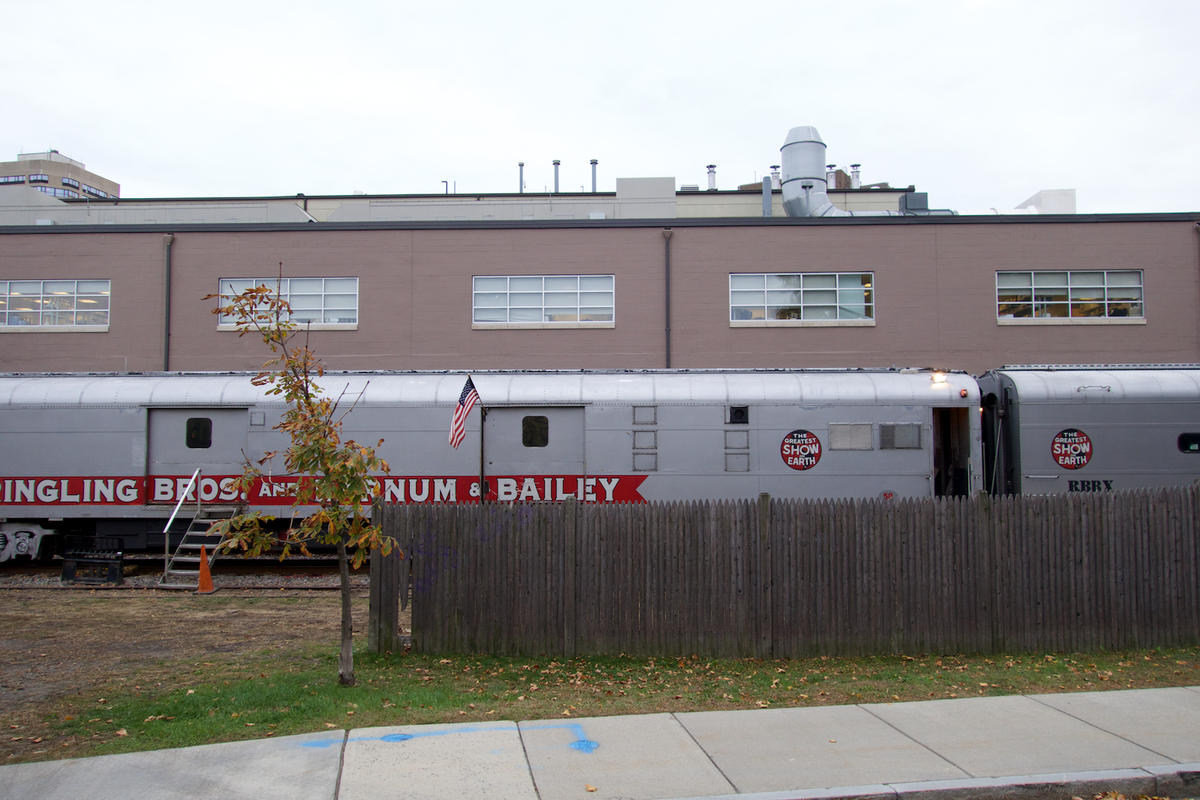 Yup, the Ringling Brothers Circus was in town and they use this RR spur in Cambridge for their amazingly long train while they are here. This is where they live while on the road. It is also how they transport the circus and the animals from city to city. Some circus train facts:

Ringling Bros. is divided into two simultaneously traveling unit trains: the Red Unit and the Blue Unit.Each circus train has a designated trainmaster who is responsible for the safe operation and timely movement of the unit train. Each railroad train crew is provided with a circus radio for operational and emergency communications. In addition, the circus trainmaster monitors the carrier railroad's radio frequency to be aware of other traffic on the railroad.Ringling Bros. provides an instructional booklet detailing train operations and emergency procedures to all employees.Maximum train speed is 60 miles per hour.The stock cars, for the elephants and other animals, ride directly behind the locomotive where the ride is the smoothest.Individual stock car water tanks and electrical generators provide continuous water and power supply while the stock cars are separated from the coaches for unloading.

Average number of personnel who ride the train (performers, staff and maintenance crew): 326

33 conventional passenger cars for circus personnel and their families

Average number of miles traveled by train in the last six years: 16,378

Average number of miles traveled by train in the last six years: 16,265

This is from Train Web 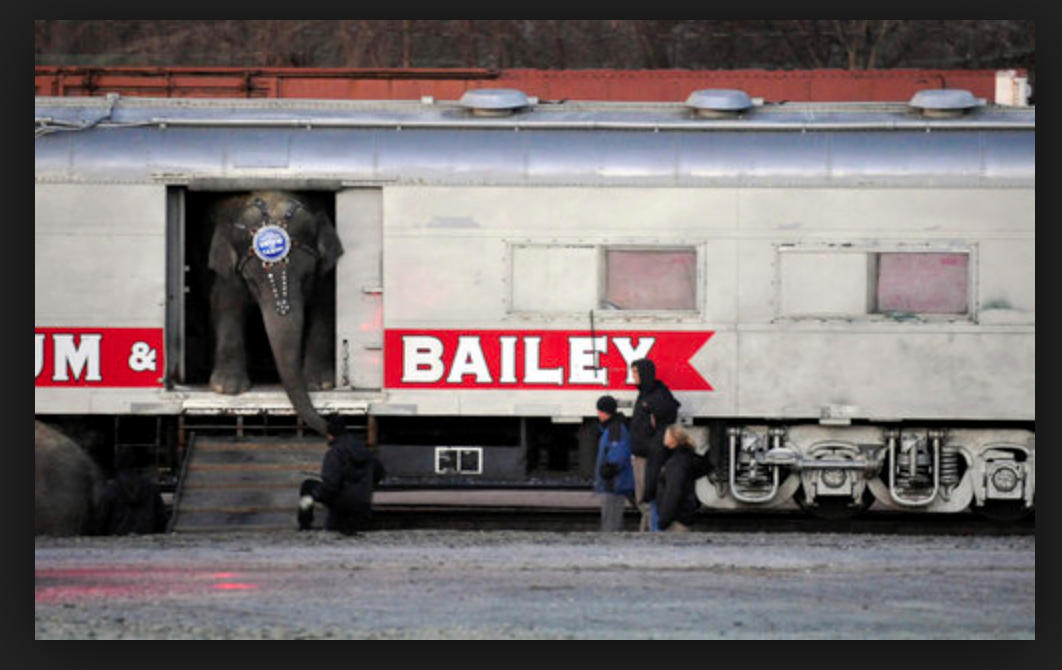 (The above picture from the Web, no attribution)

Both of these very cool things were here simultaneously about 2 blocks from where I live. Like I said: I love where I live.

Do you love where you live? Do you photograph close to home? Do you carry a camera with you and take pictures of things as you walk your dog or head off someplace? Do you use a Smart Phone to capture things close to home? I always carry a camera with me, these days a Sony DSC RX 100 II, a wonderful little camera that is best at just that: grabbing a picture of something because it is unique and unusual, funny, ironic, sad, or just happening in front of me right now.

A friend of mine says that my photographic preoccupation is with imagery of the highest possible quality and he's right. I use a DSLR a little like I used the 8 x 10 view camera for 25 years. If hand holding, I work to keep the camera steady and use it in enough light to allow ideal shutter speed and aperture settings. When using a tripod (over 50% of the time) I make sure everything is set for maximum quality so as to allow large prints. I guess all those of working with the 8 x 10 had its effect. But I also like having a small camera with me, to pull out and take a picture of something as I see it.