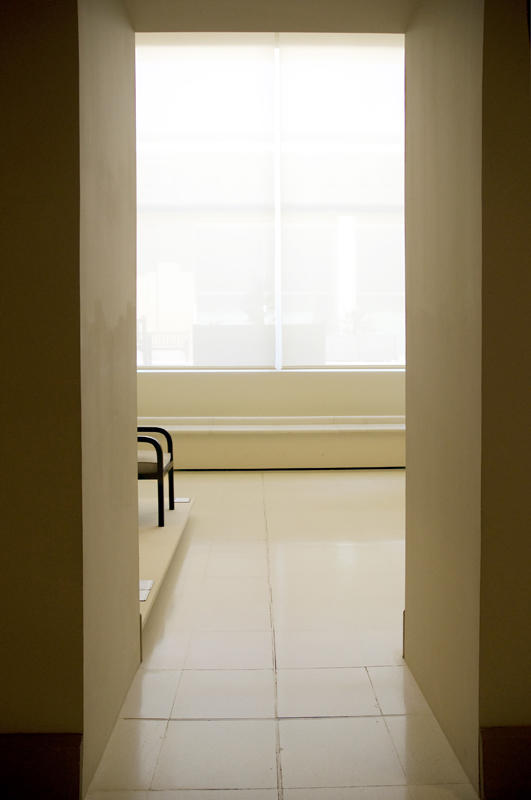 I have known Andrea Greitzer for a long time. I first met her when she was a student at Northeastern University in the early 90's. She was a graphic design major, but, like many others, photography won her over and  she is still a photographer today. Andrea is a career teacher and artist with several other occupations along the way. She continues to teach at Northeastern in Boston, but also runs a very successful program for the school as head of a summer semester in Italy in Venice and supplants her teaching by working for a catering company in the city as well.

Andrea is a force to be reckoned with. Busy, motivated, disciplined, caring, talented, creative.

And she makes great pictures. 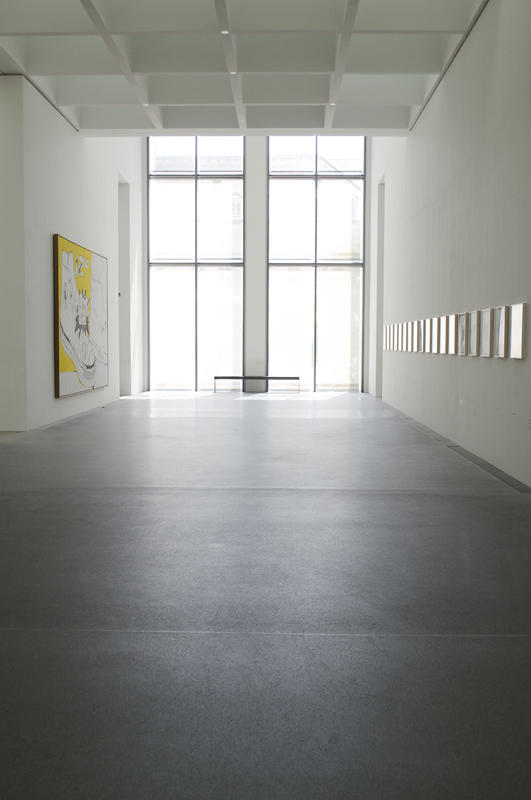 It is rare for her to show her work so to hear that she's going to have her photographs at Bromfield Gallery in Boston starting January 8, 2016 is very good news.

She will show work made in museums as two distinct bodies of work. One, photographs made of sculptures in marble and the other of the interiors of museums. 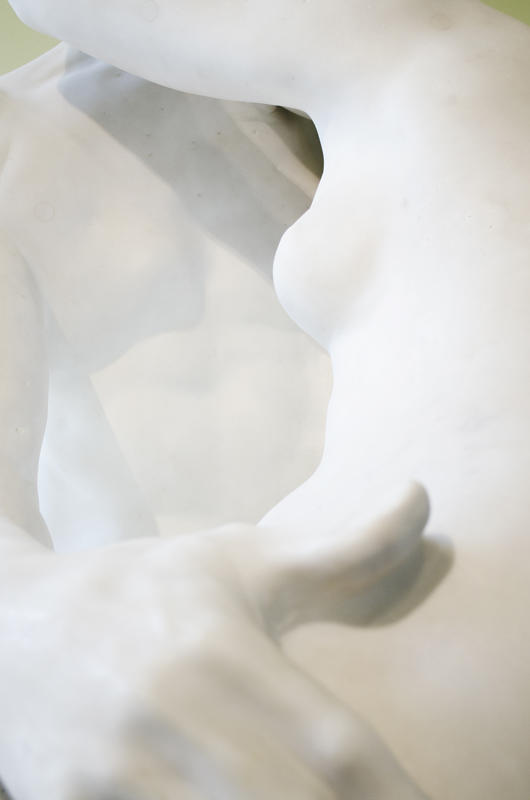 Andrea stalks museums like I stalk landscapes.  Each summer, after finishing teaching in Venice, she heads off to Paris, or Prague or Dublin to go to museums. While she might glance at the exhibits, she isn't really there for that. She's interested in the spaces created for the shows, the interface between the cocoon-like interiors designed to house art and the outside world near by. These are very often clean and sterile places, created to be neutral and unassuming, painted whites, light grays and beiges designed to show off the art hanging on the walls. What she finds are scenes of powerful minimalism, quiet unassuming places we are meant to walk through, not put there for us to look at. This then paints the museum in a different perspective, attributing importance to spaces not really intended to be looked at but as infrastructure for something else; the Degas, Picassos and Stellas, etc. on the walls.

Photography has long been in the business of showing us things we take for granted: the chain link fences of Chris Enos, the NYC color street work of Joel Meyerwitz from the 70's, even Cartier Bresson, Robert Frank or Lee Freidlander. But Greitzer's interiors of museums spin concept 180 degrees and ask us to look at places created to show art, as art, not just support for something else.

Andrea's sculpture photographs are something else entirely. Mostly sexual, they are frozen in stone closeups of the heat of passion, a charged embrace, a touch on marble that seems soft, fluid and moving. 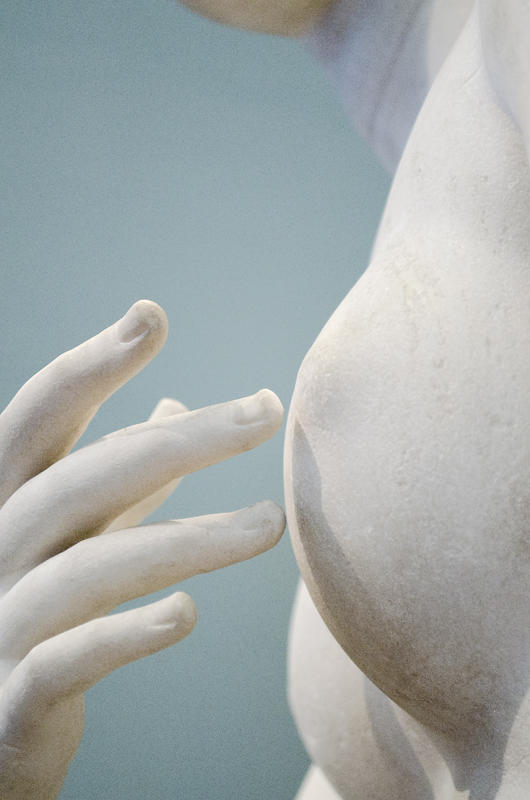 With all their barely contained passion the sculpture pictures are as hot as the museum interiors are cool. These will occupy the space at Bromfield on the opposite wall from the museum interiors.  Makes me think of the conversation they could be having with each other when the gallery is locked up for the night, its lights turned off, maybe a January snowstorm outside with howling winds and no people nearby. That I would like to hear. 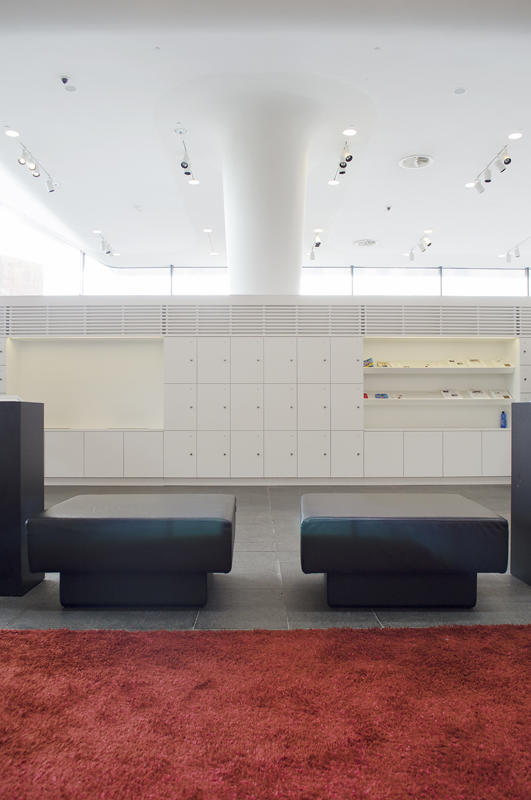 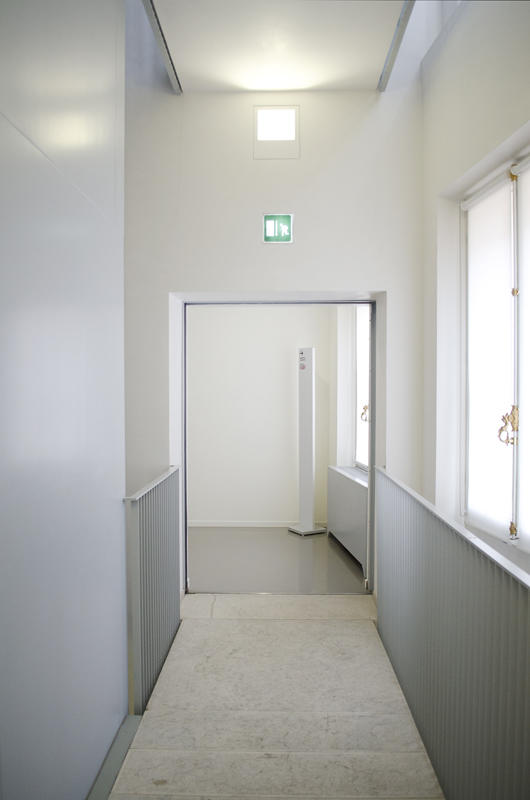