Failure. Lots of it. Tons of it. My whole career. Apply to something, interview for something, present something. Rejected. Story of my life.

Bring failure up with anyone who is seriously accomplished and, if they're honest, they've had failures too, probably getting more rejections than successes throughout their career. Everyone has. It's what one does with the failure that matters.

To some extant I could dodge the bullet by saying I am brilliant but misunderstood. But honestly, how difficult is it really to understand my work? I could mope around after being rejected and shut down, become depressed, cynical, feeling low and not picked by those that count. Or I can move on or interpret the failure as a challenge to make new, to continue, to make better or even to prove them wrong. I had a friend I used to teach with who had gone to RISD when I was there. He came to RISD from studying with Minor White at MIT.  Minor told him very simply to give up photography, that he saw no future for my friend in the discipline. To say that the meeting with White incentivized my friend would be an understatement. It charged him to prove his teacher wrong.

Can you imagine having the ego to tell a student to stop studying something? That one always floored me, that White would do that to someone.

Think about your past failures and rejections. Haven't some of them been really  good news in disguise? 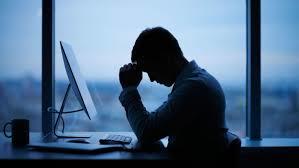 I offer this an example of a failure turning into a success. In 1980 Northeastern University announced a new artist in residency program for photographers: it was for one semester, with a a good stipend, a place to work and with no other responsibilities. This was made for me, or so I thought. I applied and was selected to interview on their short list. I had a great interview but was rejected the next week with no explanation, no reason why I had failed. I was devastated. Later it turned out they were sifting though a local applicant pool to see if they could find someone to head their new photography program they were starting up the next year. Someone else got the residency but I was asked the next year by the professor that interviewed me to apply for a full time faculty position to start and head the Photography Program. That one I got. This became my full time employment for the next thirty years. Case in point: failures can be very good.

Don't assume I have no sympathy for others' failures. I do. It's just that what looks like total rejection in the short term can turn out to be for the best, allowing something really amazing to happen. I think of rejection as a test sometimes. A test of my resolve. As we become adults we think we can order, preordain and organize a pathway to success. But in truth success, whatever that means, entails a far more circuitous route that entails dealing with a good amount of failure.

The life of an artist is fraught with failure.  Artists are frequently misunderstood, maligned, discredited, wrongly defined, and not respected. Artists need to be a thick skinned lot in that they have faced these prejudices their whole careers. I would maintain that photographic artists have it even worse in the misunderstood department for photography is such a ubiquitous medium that everyone feels they know it. 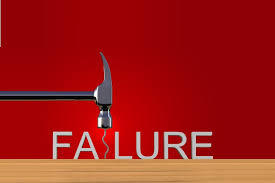 As I prepare to teach a course at the Griffin Museum in Creative Practice in a couple of weeks (March 30, 2016) I find myself thinking about what we define as being success and the effect failure has in that mix. In class we will be talking about fulfillment and how our expectations can lead us down the wrong path. I am looking forward to the discussion.

I try to look at failure from two sides: how bad this rejection is and if there is any hidden positive in the lack of success. Often there is.