This is going to get a little complex but bear with me. I will split this blog into three posts as it would be too long otherwise. This is about a piece of land, some pictures made a few weeks ago, an airplane and a kayak.

The Day Before I left the Vineyard This Fall

The day before I left the Vineyard this fall I put the boat on the car, drove to Edgartown, put the car on the Chappy ferry, drove to the parking area next to the Dike Bridge, unloaded the boat, put a camera in the boat and paddled out to Tom’s Neck to photograph.

First time putting a good camera and lens into the boat with me. Always before, the camera would go in a Pelican case in the hatch, sealed up. I would then put in, paddle, beach the boat,get out, open the hatch, shoot whatever, then put it all back in and paddle on. This time I wanted to shoot from the boat while it was in the water where I positioned it. This was using the kayak as the platform to photograph from.

I developed a system. Paddled and looked and headed down the Neck a couple of times before committing. Came back, got the boat about right, pulled off the spray skirt, dried my hands, picked up the camera, photographed, reversed the above and paddled on. It worked.

The following pictures were made along the ocean facing side of Tom’s Neck running north from the Dike Bridge. The bridge made famous by Ted Kennedy as it’s where Mary Jo Kopechne died in 1969, jammed and trapped in an upside down car several feet deep in the water of Poucha Pond. Ted Kennedy wasn’t able to save her that night. But he and his family sure worked hard to save his political career after that night. Safe to say that evening changed the trajectory of his career and his life. And ended young Mary Jo’s life.

At any rate you are looking at a two part series. This being the short stretch of land nestling up against an inlet of water photographed from the air in a plane and from my kayak in the water two weeks later. Why? Because it is exquisite. To me, it is a garden of Eden, looking like some sort of paradise. But also because one approach informs and enriches the other. Look, photography is changing, becoming ubiquitous at a phenomenal rate and used in unimaginable ways compared to just a few years ago. Remember, when Harry Callahan made a double exposure in the 1940’s with his twin lens Rollei, one frame right side up and click the second upside down, he was doing this for the very first time in the history of photography. We are very much beyond that now.

I am interested in nudging photography forward to the best of my humble abilities. Yes, these are conventional looking pictures at first glance. But, upon closer looking, they are different. People assume that I work solely within tradition. Not true. I work within the knowledge of tradition as it serves progress. To me, progress is seeing things differently and beautifully.

The Tom’s Neck pictures are like that: an effort to extend traditional definition and understanding into a new way of looking at the landscape. The aerials informing the other, the ones from the kayakdeepening our take away of the aerials. Even this statement, this introduction to the pictures, is an effort to extend, to deepen and to more fully explore photography’s capabilities and extraordinariness.

Still with me? Sheesh, are we going to get to pictures here? Yes, yes, yes: we will. I promise.

So, what is all that wordage up there? It is the artist statement to the full series about to unfold. It sits at the front of the set, as a kind of title page and introduction all in one. I know it is long but the Tom's Neck pictures require a little time and thought to wade through them and explanation as to methodology and philosophy.

Next up and the first actual photographs are these two side by side: 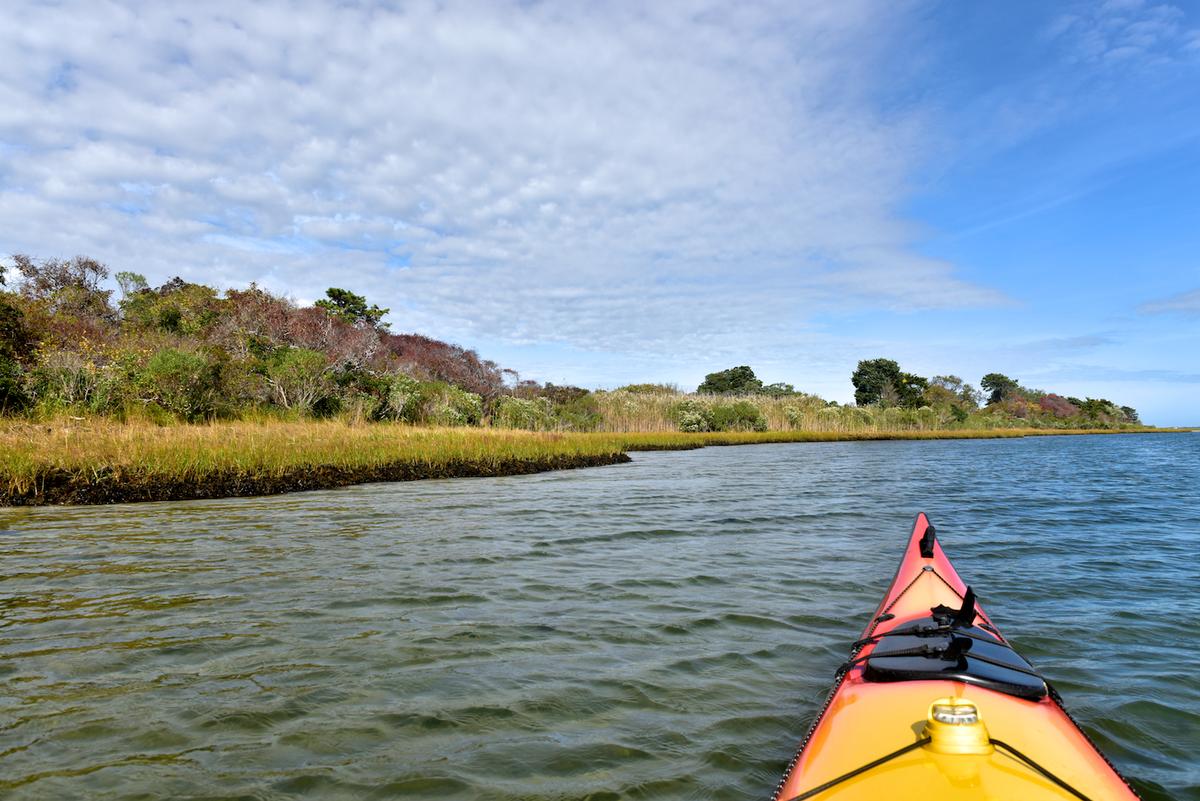 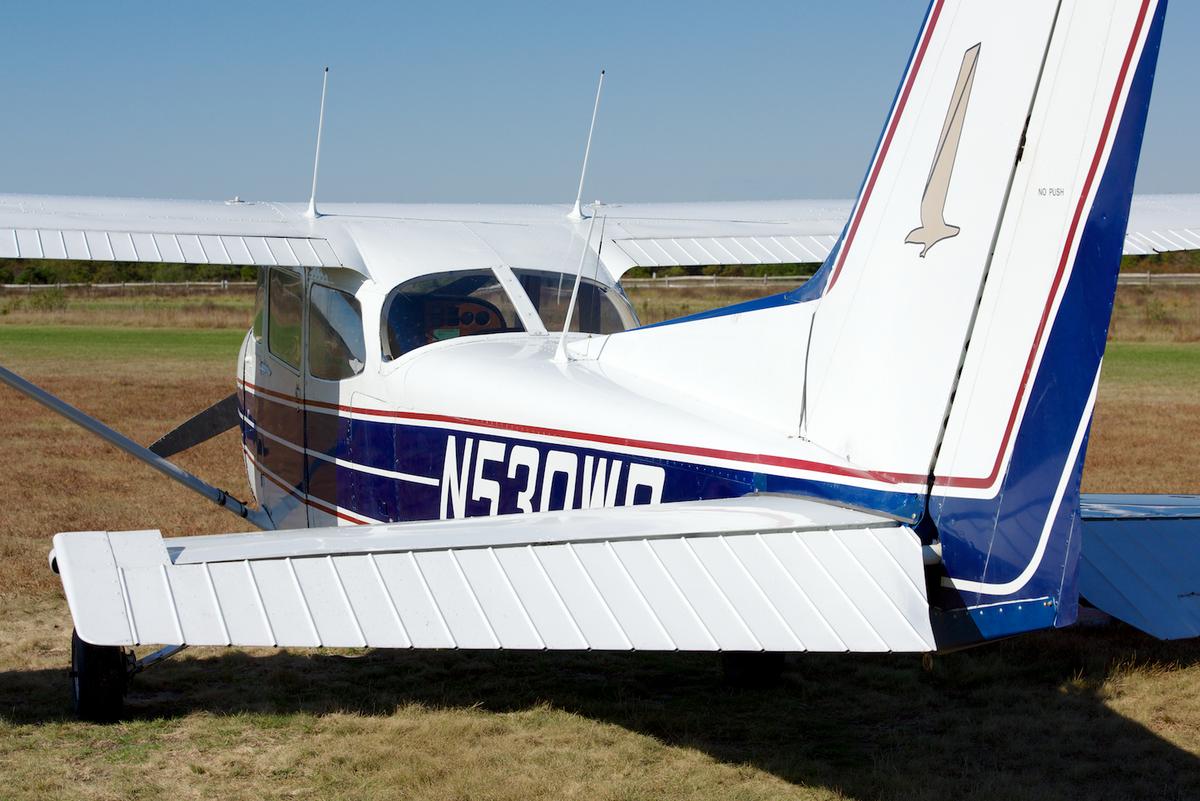 These set the stage in which we are about to work. They provide context and aren't arty or pretentious, they are simple statements: this is how the pictures were made, these are the platforms the photographer used to make the following pictures. I believe the logistics count here.

Next print in the sequence? The first real substantial photograph in the series: 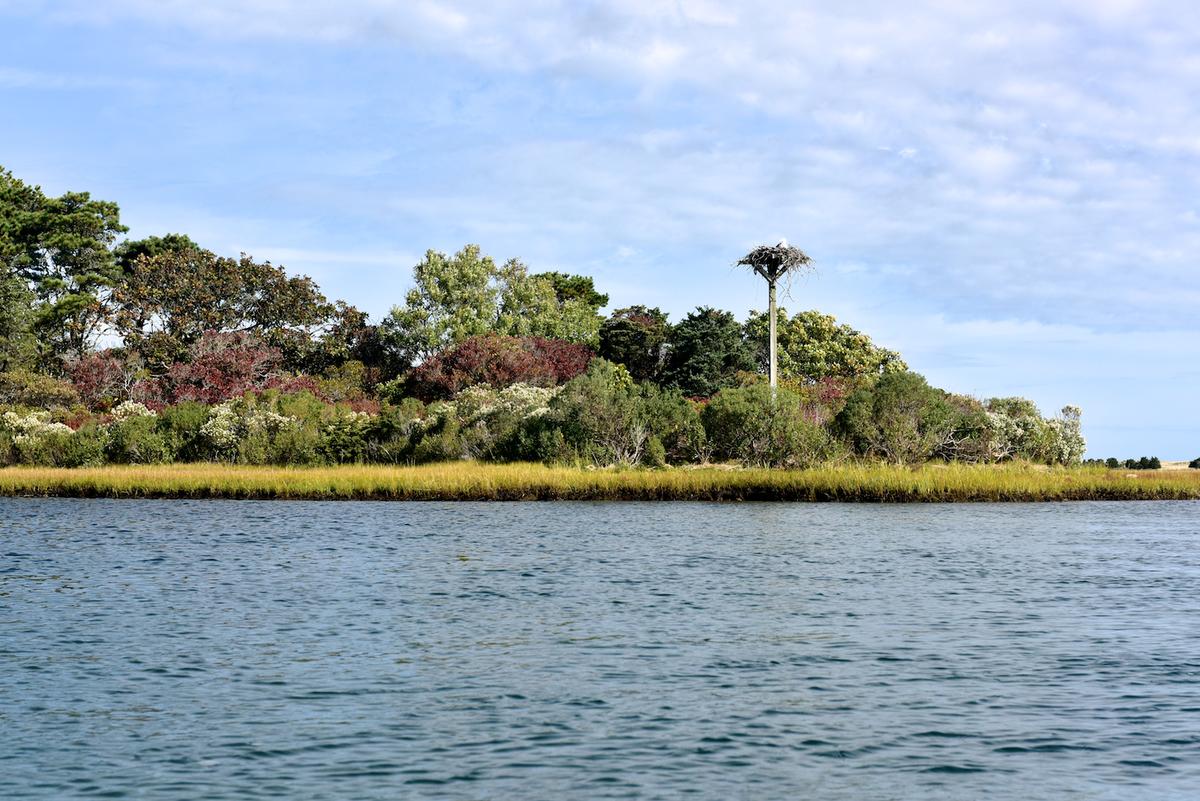 Pretty straightforward, yes? Let's look at it a little as it forms a precedent for subsequent images. Only water in the foreground so I must have been standing right on the shore or, shooting from the kayak. Bingo, you know I am in the boat from the way the intro set this up. In fact a lot of the pictures in the series look like this: water, content and sky; a classic three horizontal bands landscape photograph. Before we leave it, take note of the birds nest sticking right up there. This is really an osprey nest or possibly an eagle's nest, not really intended for a seagull, but that's what was up there the day I was out photographing. 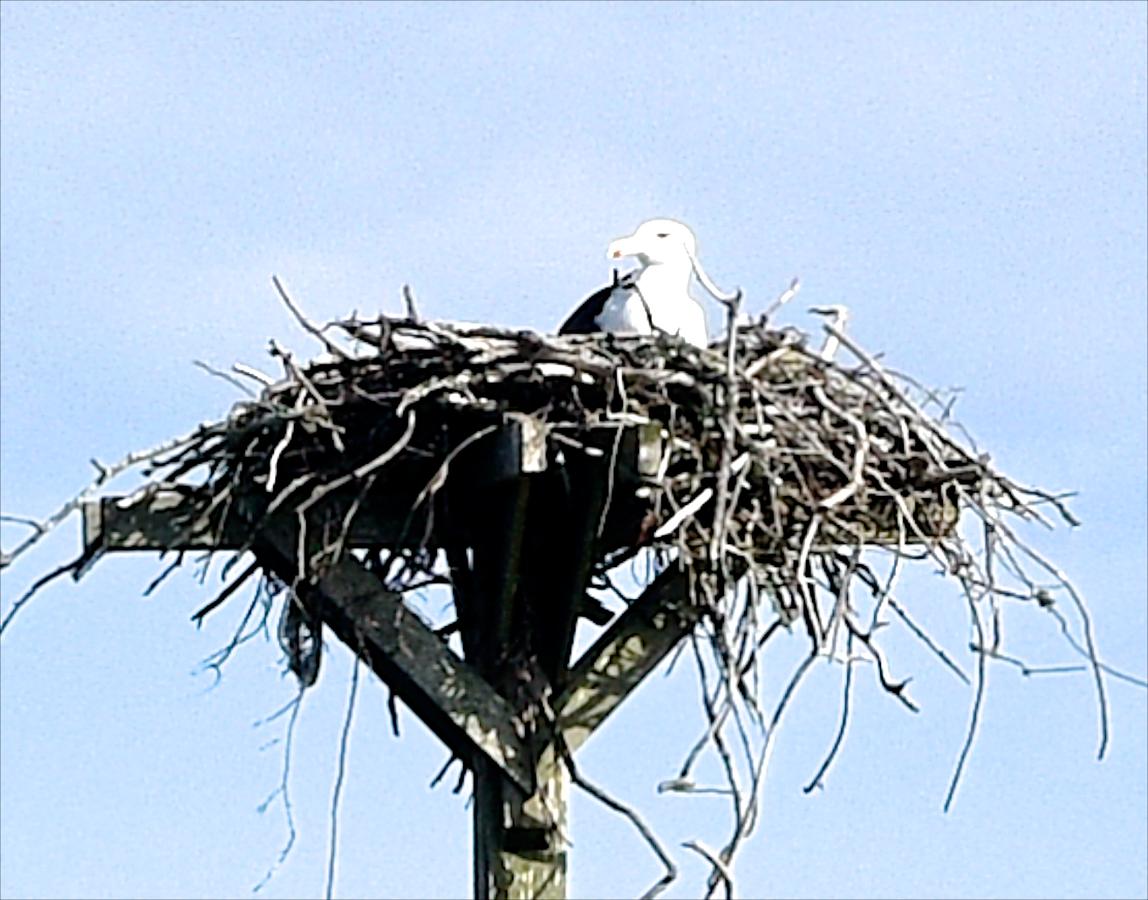 If you had to guess what was to come next it would seem to be important to show the other approach here, to  have right up front like this an aerial, and ideally, one of the same scene so simply shown here. 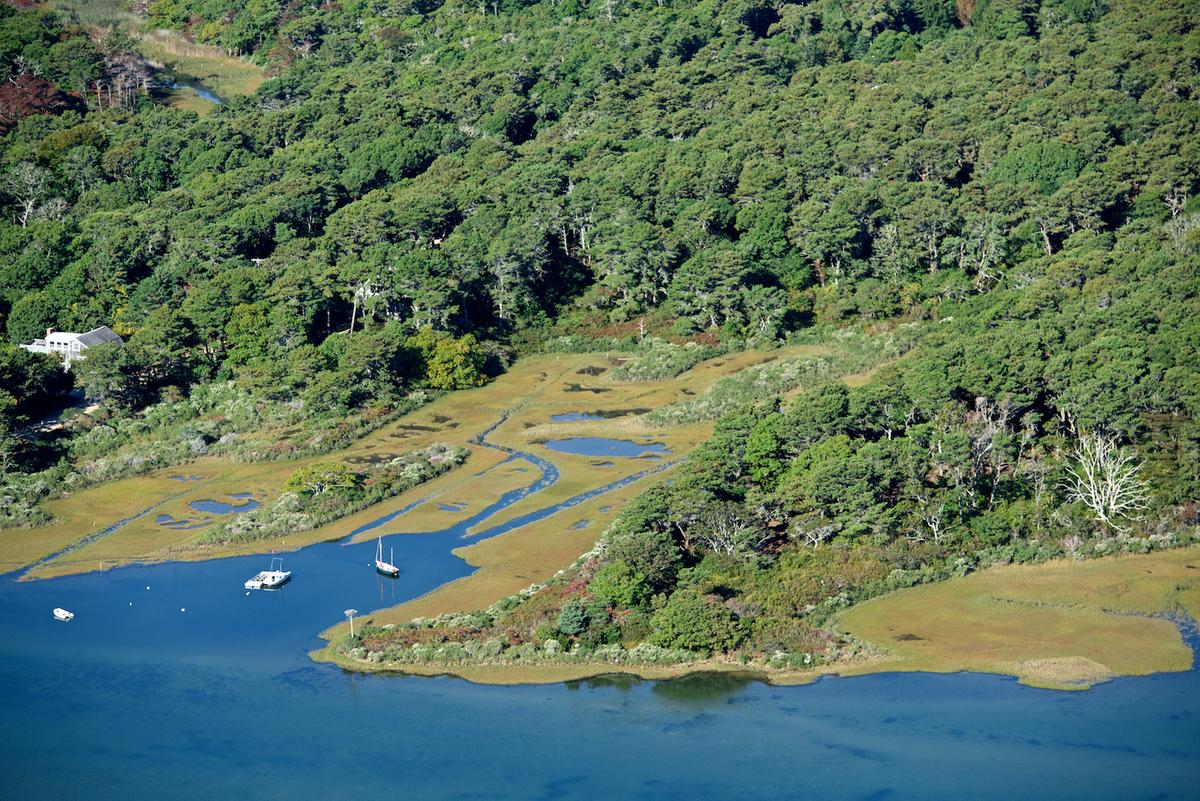 And there it is. Now, I can't really make these pictures all on the same day or even in the same week, unless the sun shines on me and the photo gods are fully aligned. In fact, I made the aerials a few weeks before I made the ones from the kayak. But look carefully and you can see the birds nest that references that we are in the same place from a very different perspective. But also notice that there is much more conveyed in the aerial; in effect, it maps the future efforts on the more grounded ones, the boat ones to come. Notice, in particular, the bare tree on the right side of the frame. 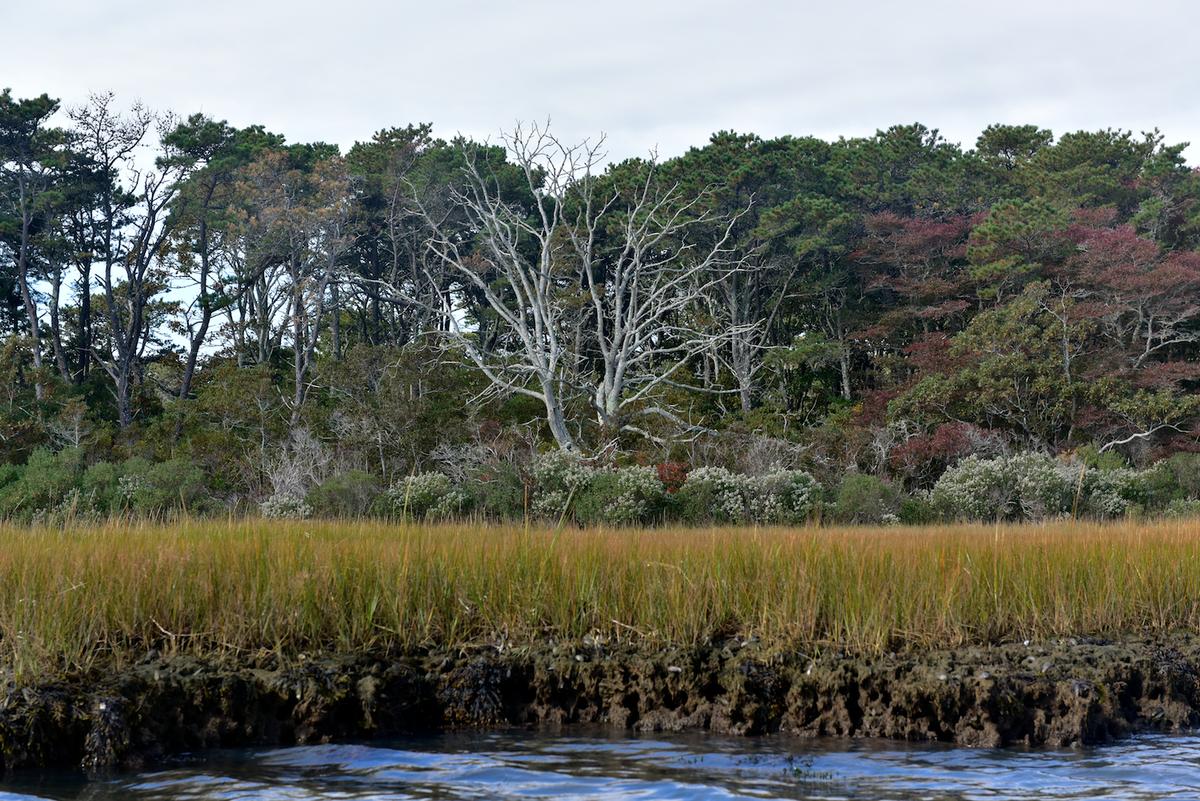 There it is, up close and personal, no longer looking like a placeholder on a map but fully engaged and occupying front and center in a picture that just changed our previous format to four bands of horizontals: water, grass, trees and sky from the  previous three.

Cool. In the next post we're going to get into the main body of the series.