All this history is as a preamble to something I started to work on closer to home. The City of Cambridge, where I live, has its first skate park under the elevated highway close to the Science Museum and it is a big hit.

It is called the Lynch Family Skate Park and it looks like this: 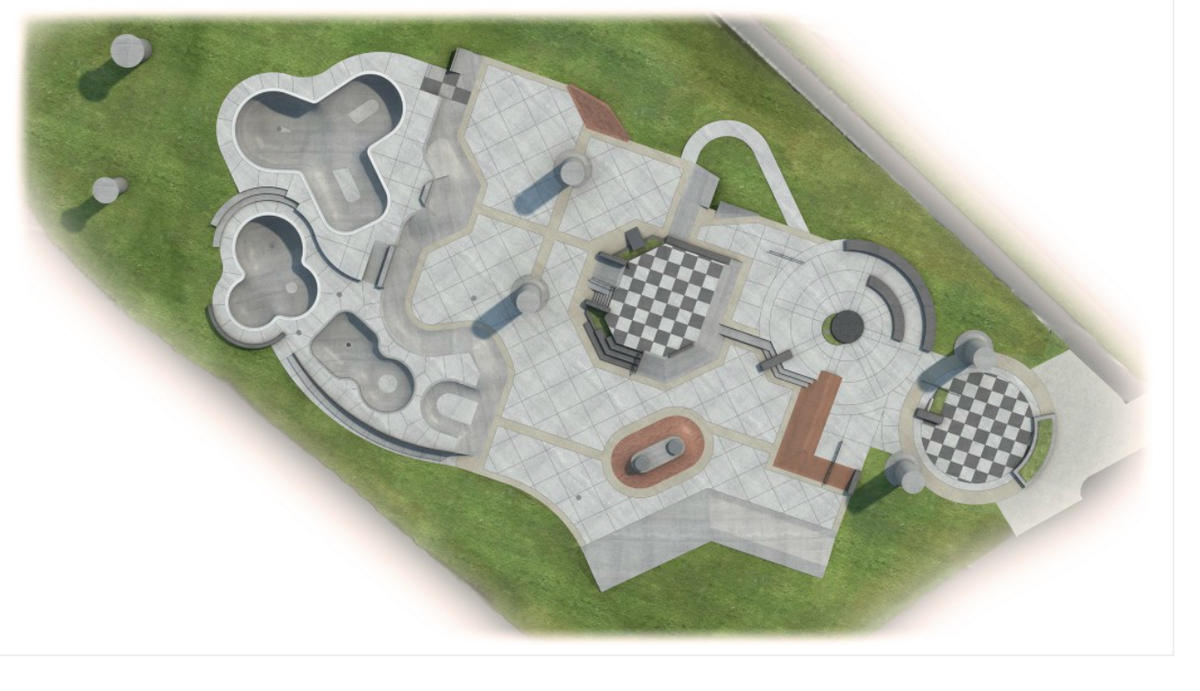 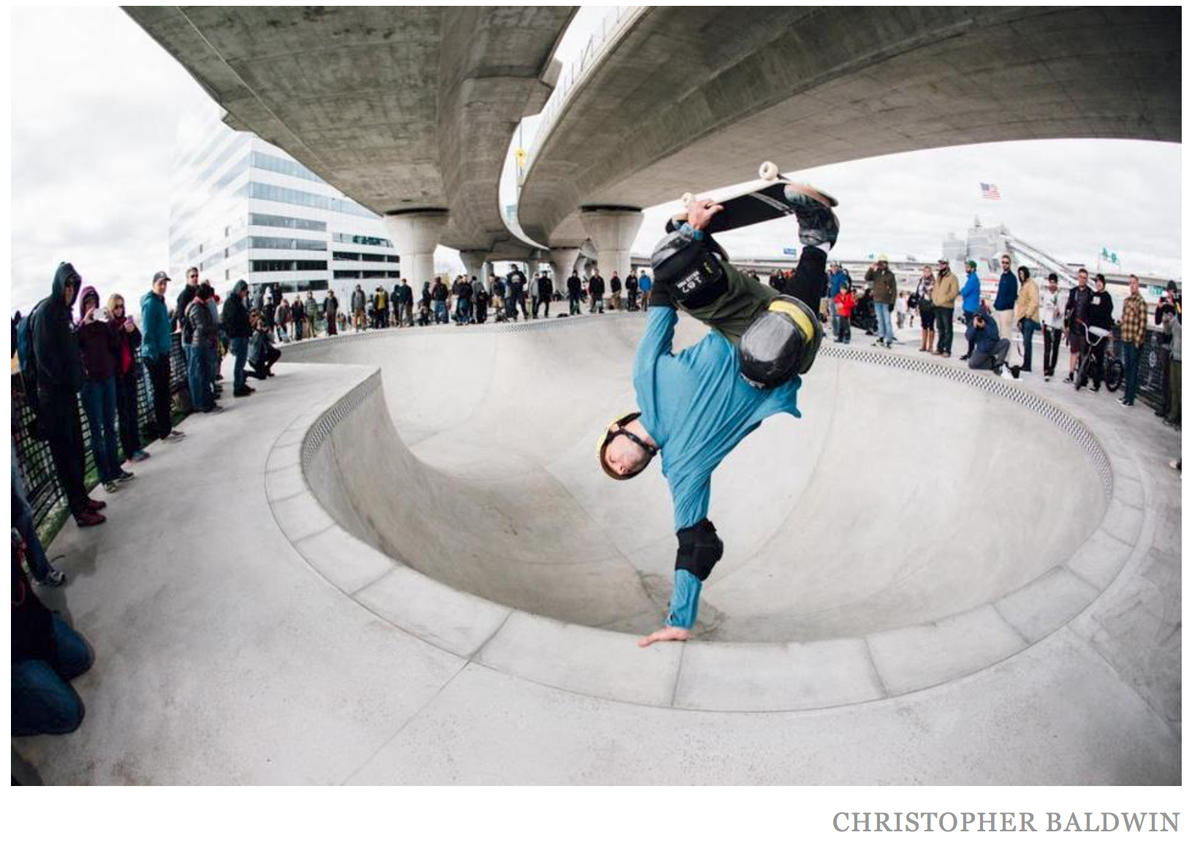 Photo Credit: Christopher Baldwin for the Boston Globe. The rest of the pictures are mine. 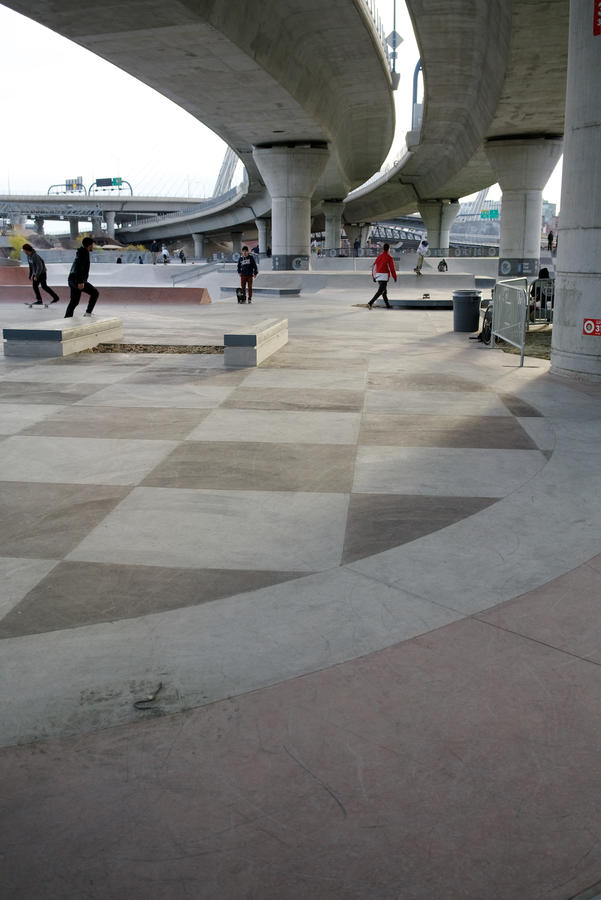 It is a dramatic place for a skate park as it is where much of Boston's traffic collides. You can see I-93 from the north overhead on the ramp merging with RT 1. The Zakim bridge can be seen in the background. It is also where the trains arrive at North Station and where the locks are that control the height of the water at the base of the Charles River as it exits into Boston Harbor. It's a busy place. Oh yes, also in there is the Science Museum, Spaulding Rehabilitation Center and the infamous Leverett Circle, the site of more traffic jams than anyone wants to remember.

As I am becoming able to move again since hip surgery a few weeks ago I found myself headed to the area with a camera to see what it was like. 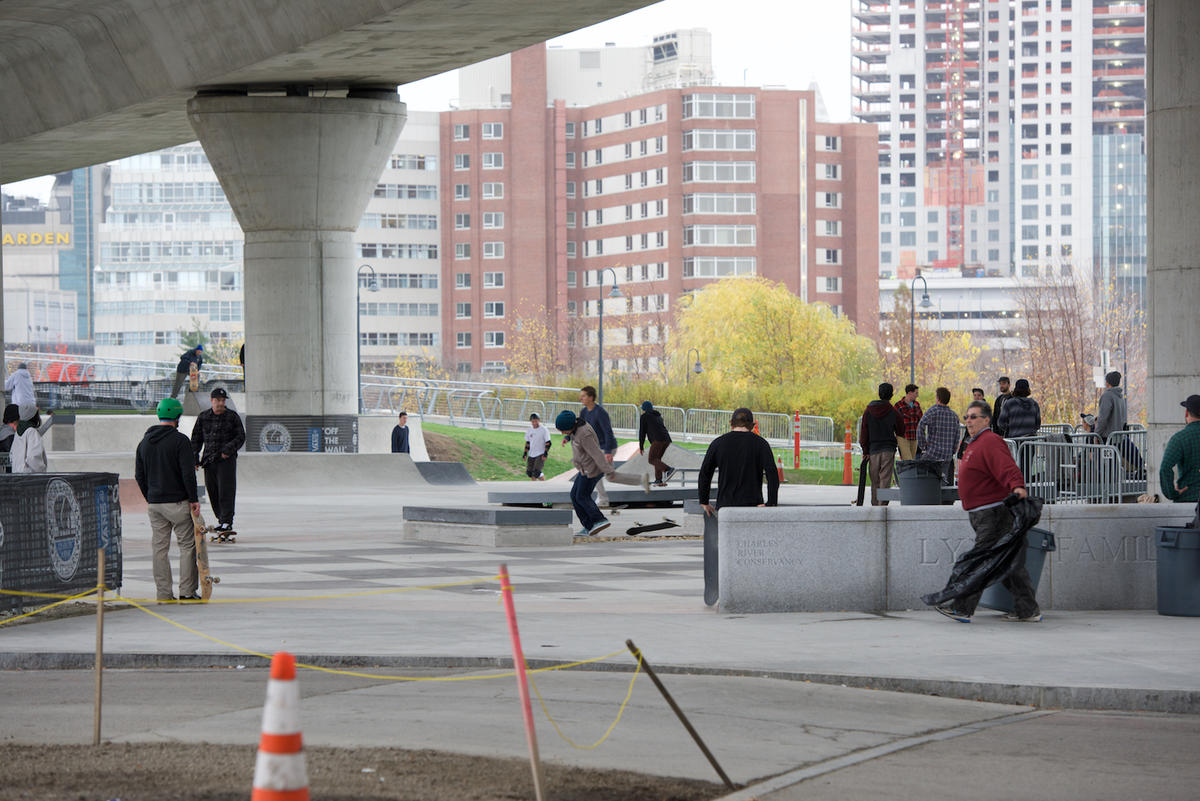 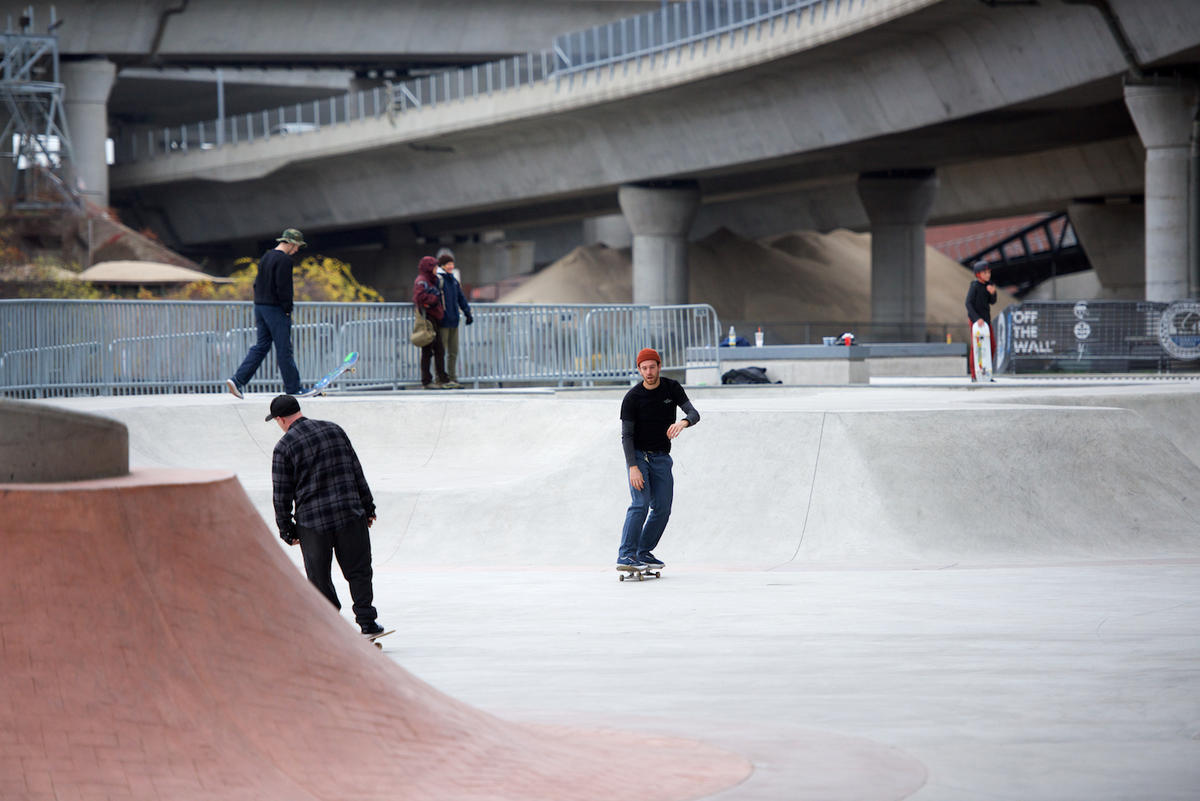 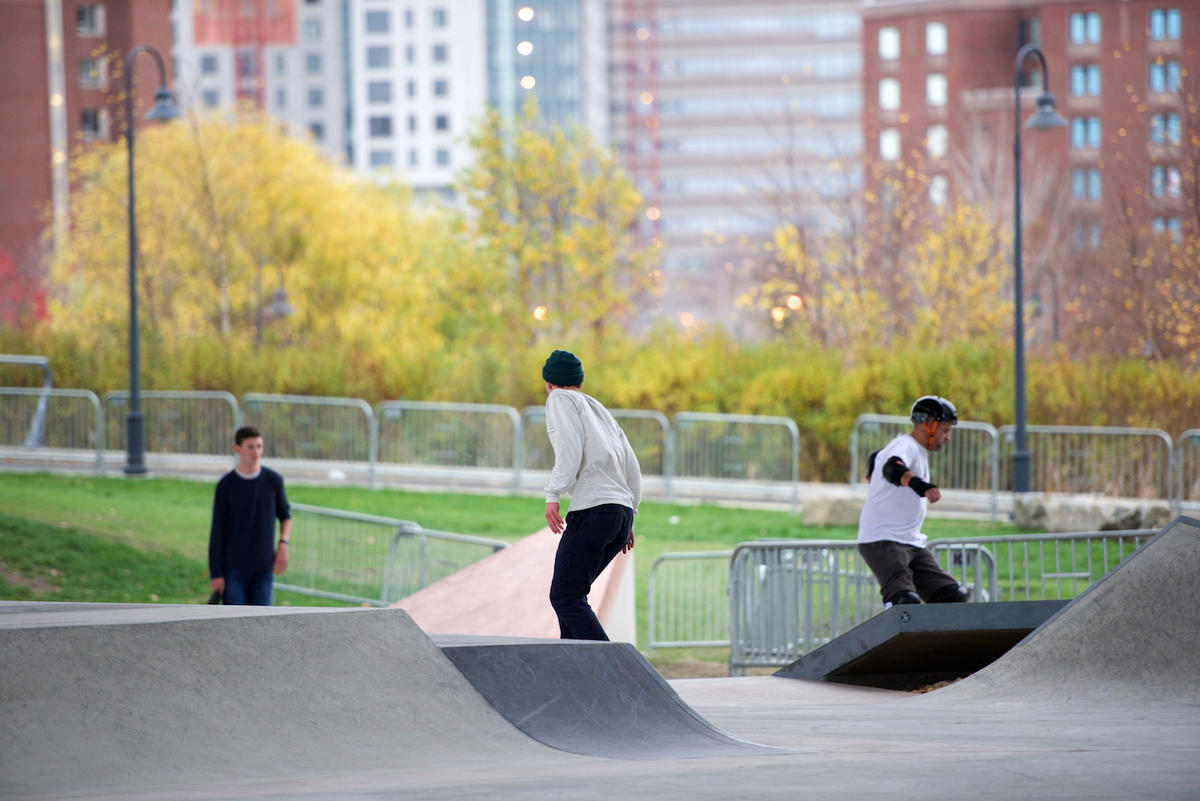 I found poetry, dance and chaos in about equal measure. Skate boarders, of course, but roller blades, bikes. I even saw one of those small wheeled scooters and a guy in a wheelchair! What a strong contrast from the pictures I made in CA. Those were unpopulated and about form and fluidity and a very particular way of seeing.

To be coming off of something as debilitating as being unable to walk a few weeks ago to this complete opposite was like a breath of fresh air. The place exuded life. 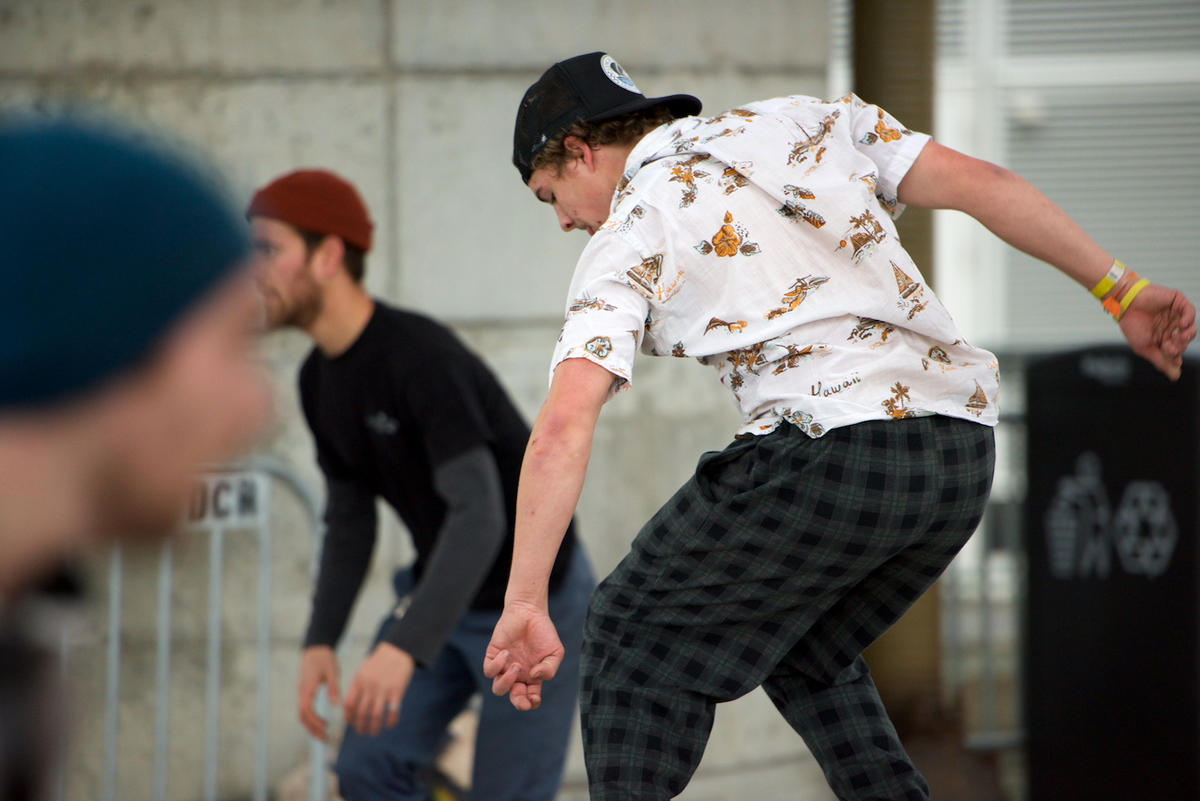 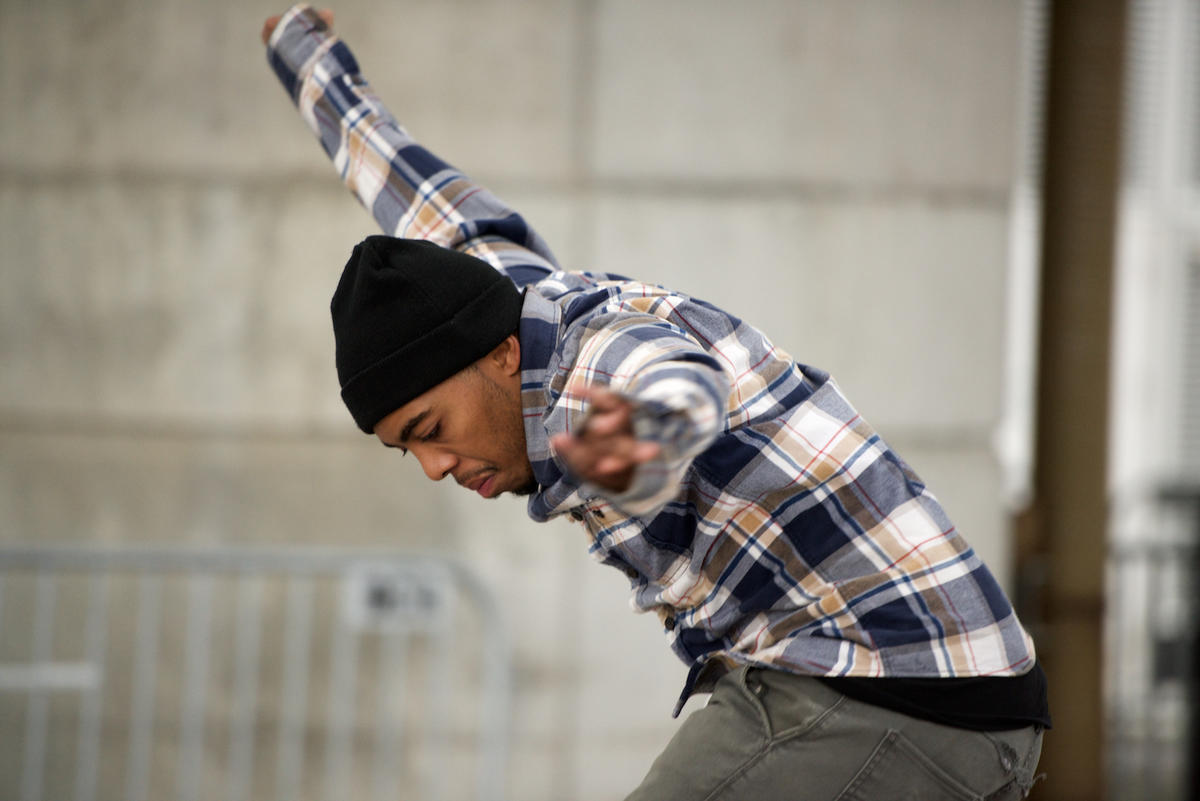 What a complete blast.

Of course, I couldn't ignore that there was form (along with bright late November sunlight) at the new skate park too: 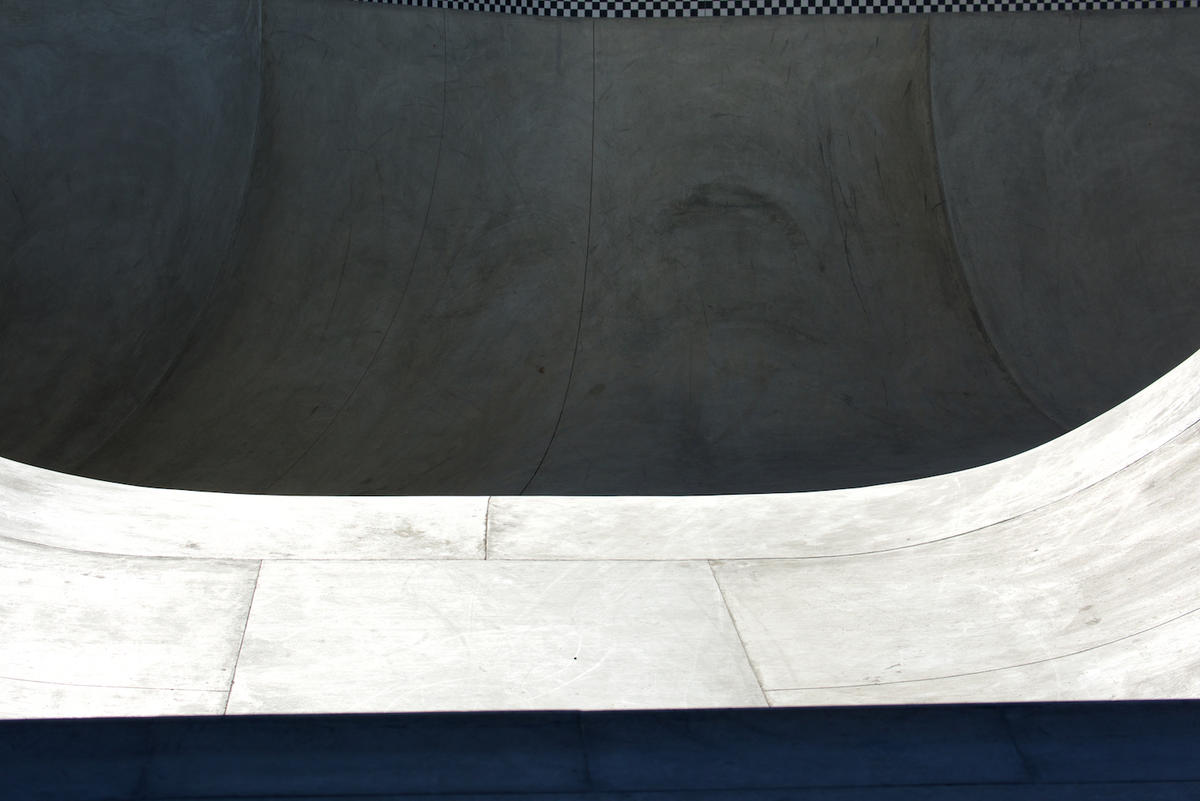 so I went back on a weekday in the early morning to explore the park a little more: 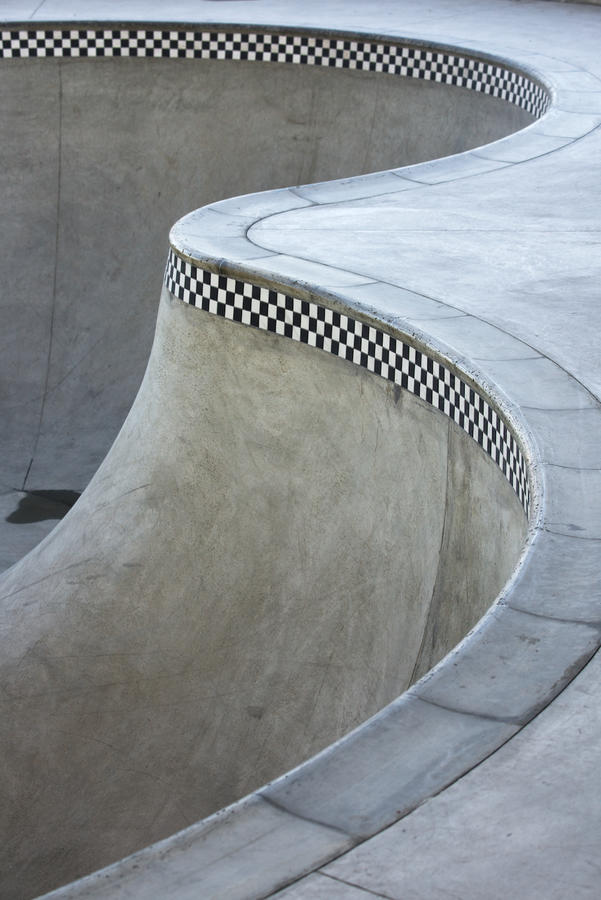 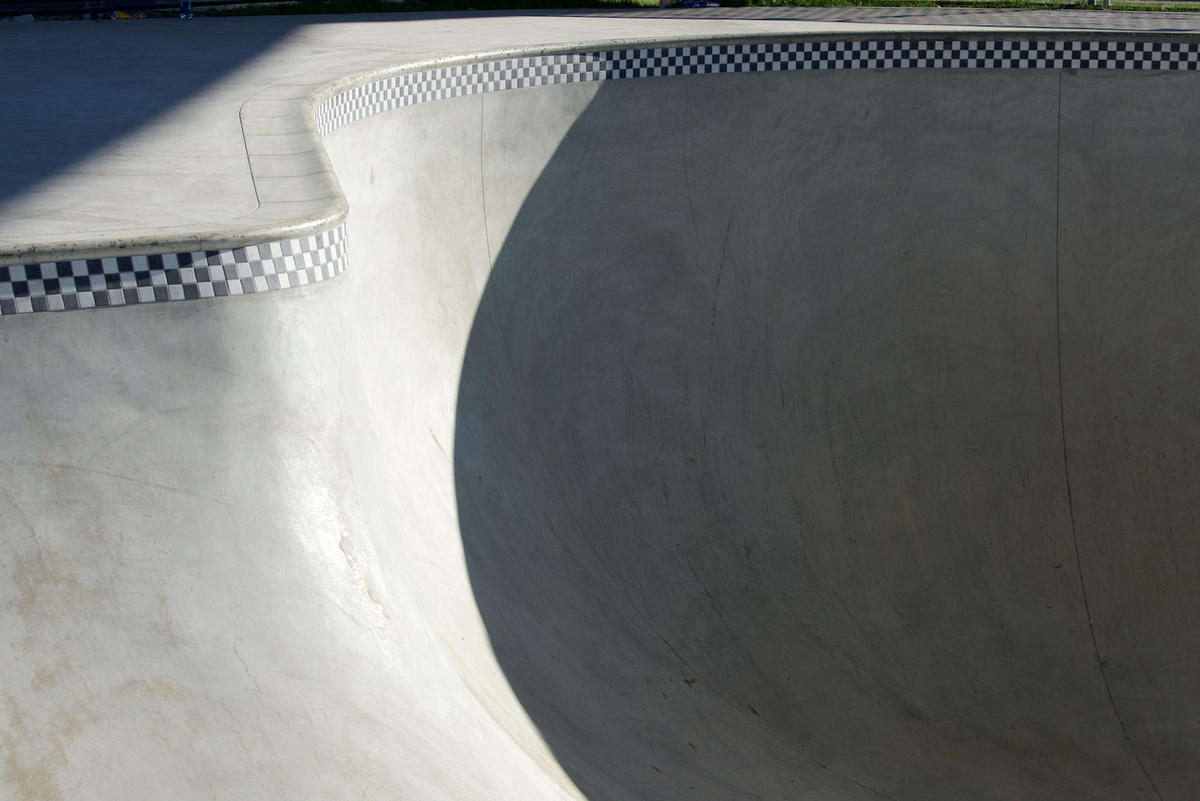 How could I resist?