Saltair. What a great word: Saltair. Did I photograph it because I liked the name so much or was the place so good it needed some serious attention and the name was a kind of bonus?

Probably a little of both. But the place was spectacular. The word Saltair conjures up visions of a castle-like building up there on the top of the craggy cliff overlooking the crashing waves below in the North Sea in Scotland. At least it does for me.

I just returned from a one week trip to Salt Lake City to aerially photograph some of the shoreline of the lake and also the Potash Evaporation Pools that are scattered along the edge of the lake (here). In exploring the area in between flights I found Saltair.

In reality Saltair is a concert venue lying at the edge of the fetid and massively receded Great Salt Lake about an hour from the city. Actually, the "edge" isn't quite correct as the lake has receded in recent years. This occurs occasionally and has hurt previous iterations of Saltair. You can see how far the lakeshore is now from Saltair 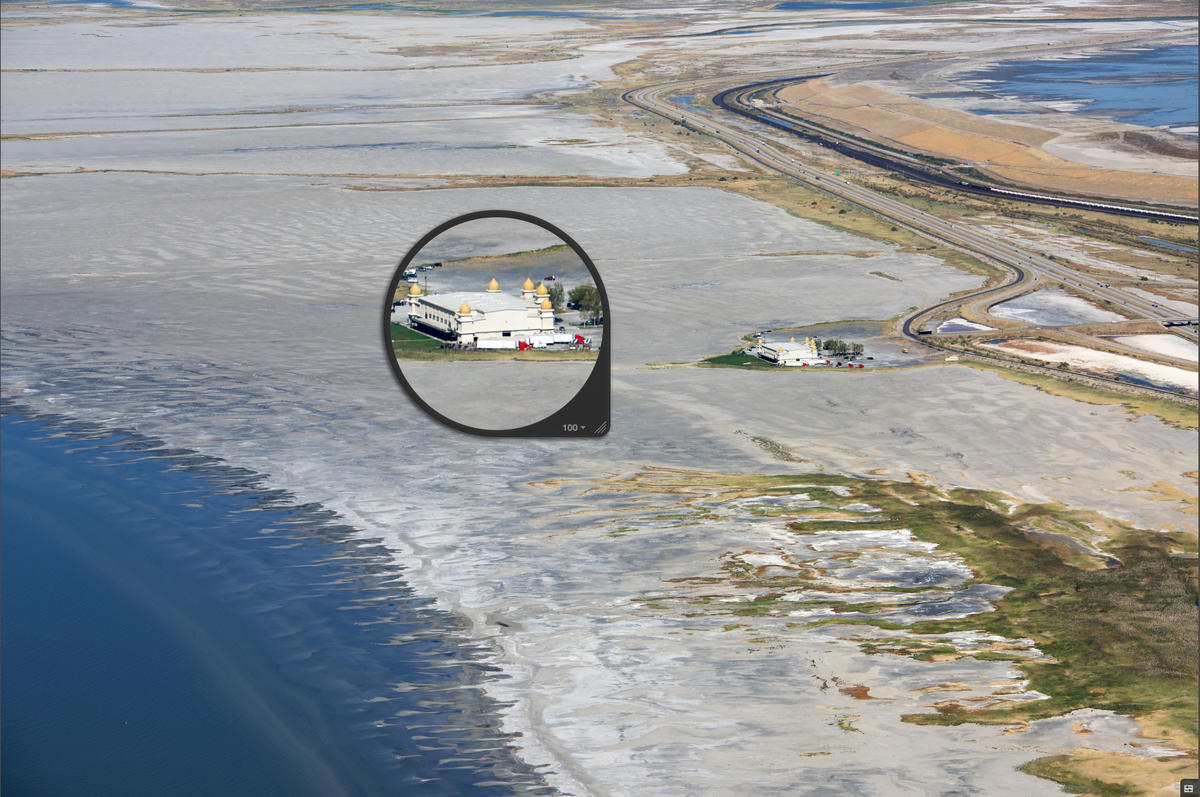 with the loupe showing semi's parked alongside as there was a concert coming that night.

The first Saltair, circa 1893. There have been three versions in the 120 years or so since. 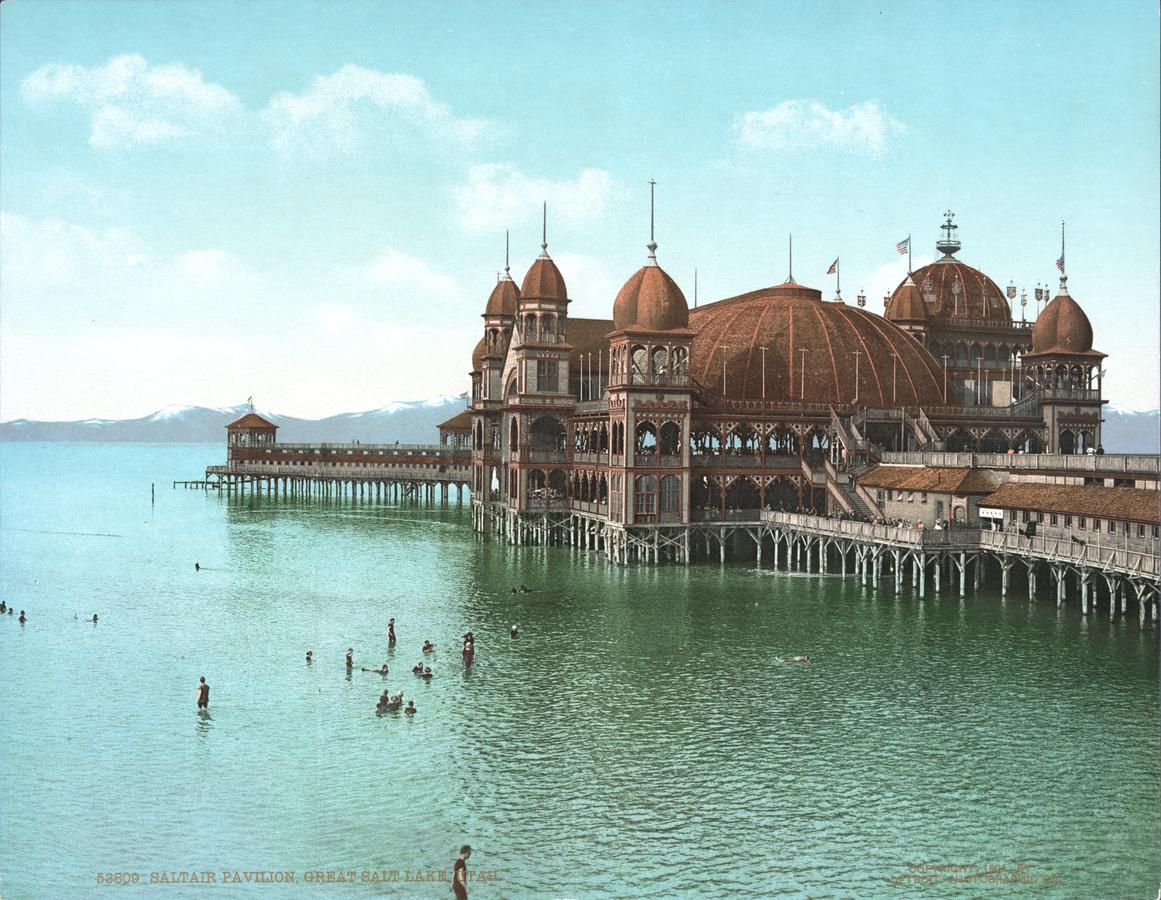 As you can see the lake took over at one time. 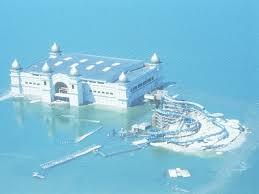 Saltair is a club-like venue for concerts and large parties. During the day it seems abandoned. 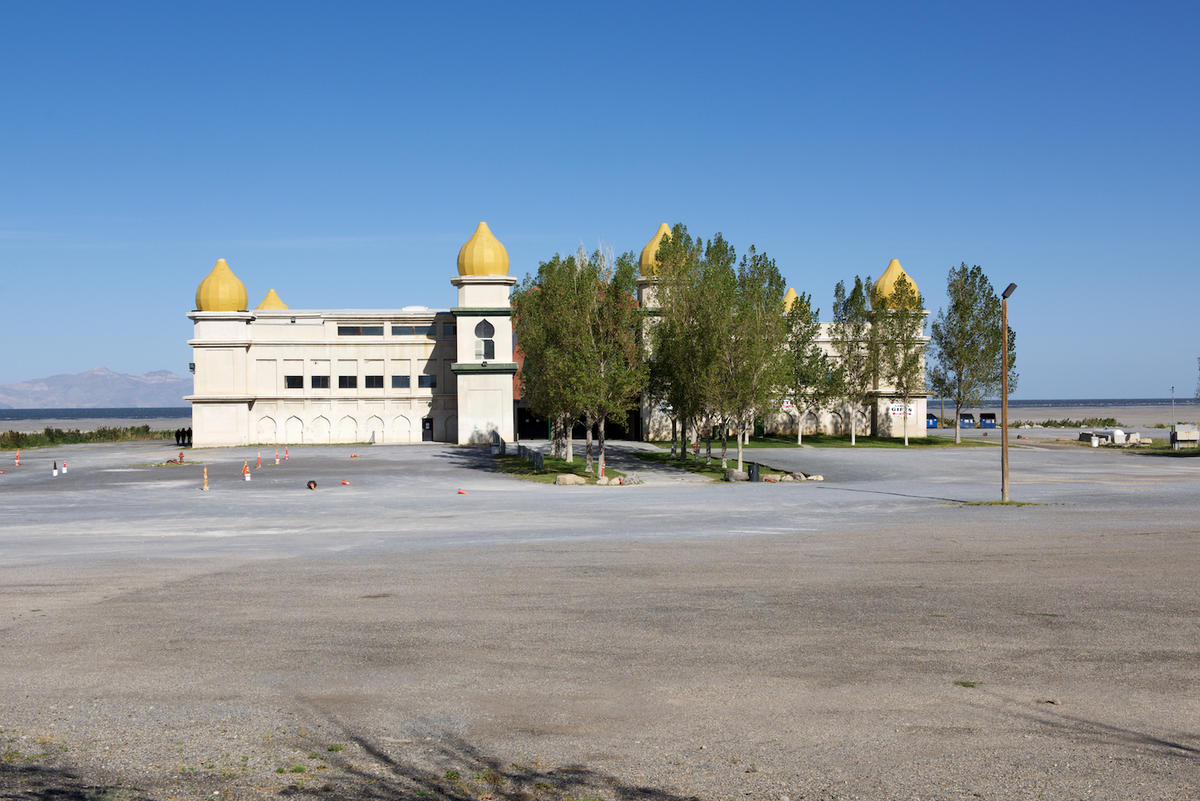 The first day I drove out there I was the only one around. I really didn't know if this was an abandoned building or if it was still active.  After the first day shooting there I went back a couple of days later, feeling I hadn't quite "got it". 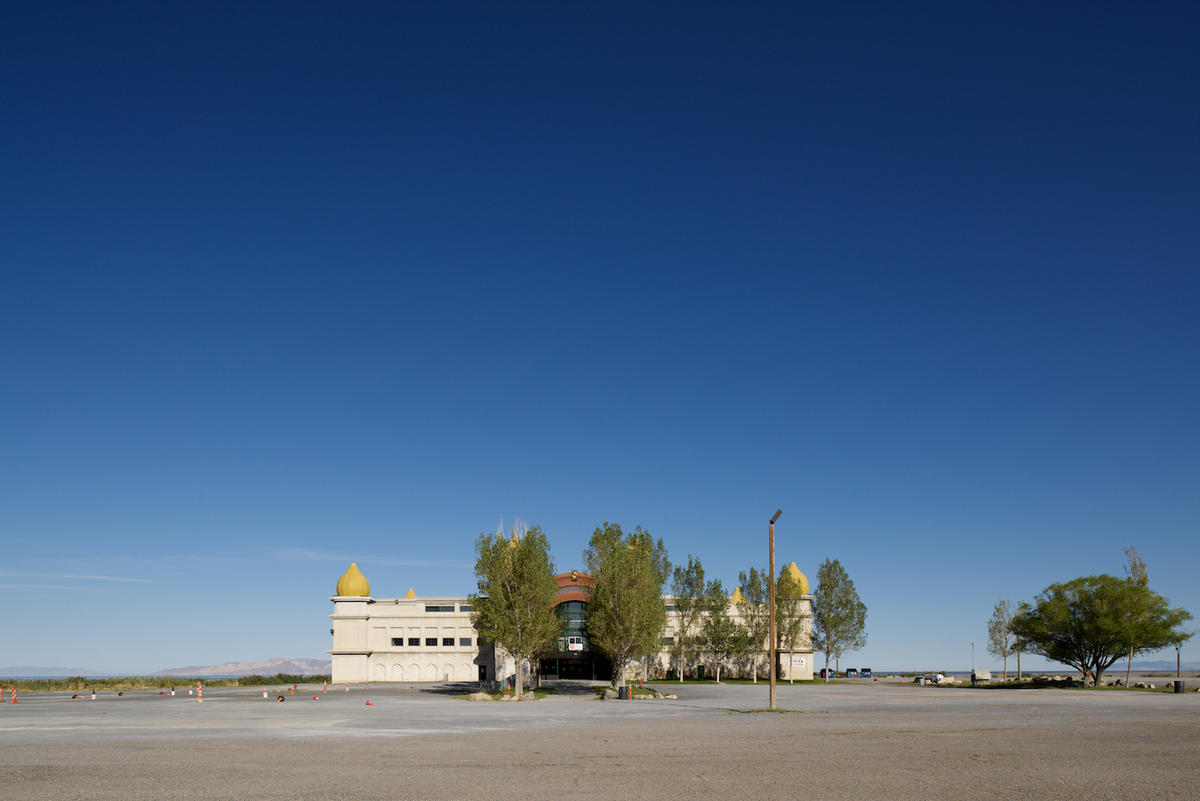 And then began to work  around to the back of the  building. 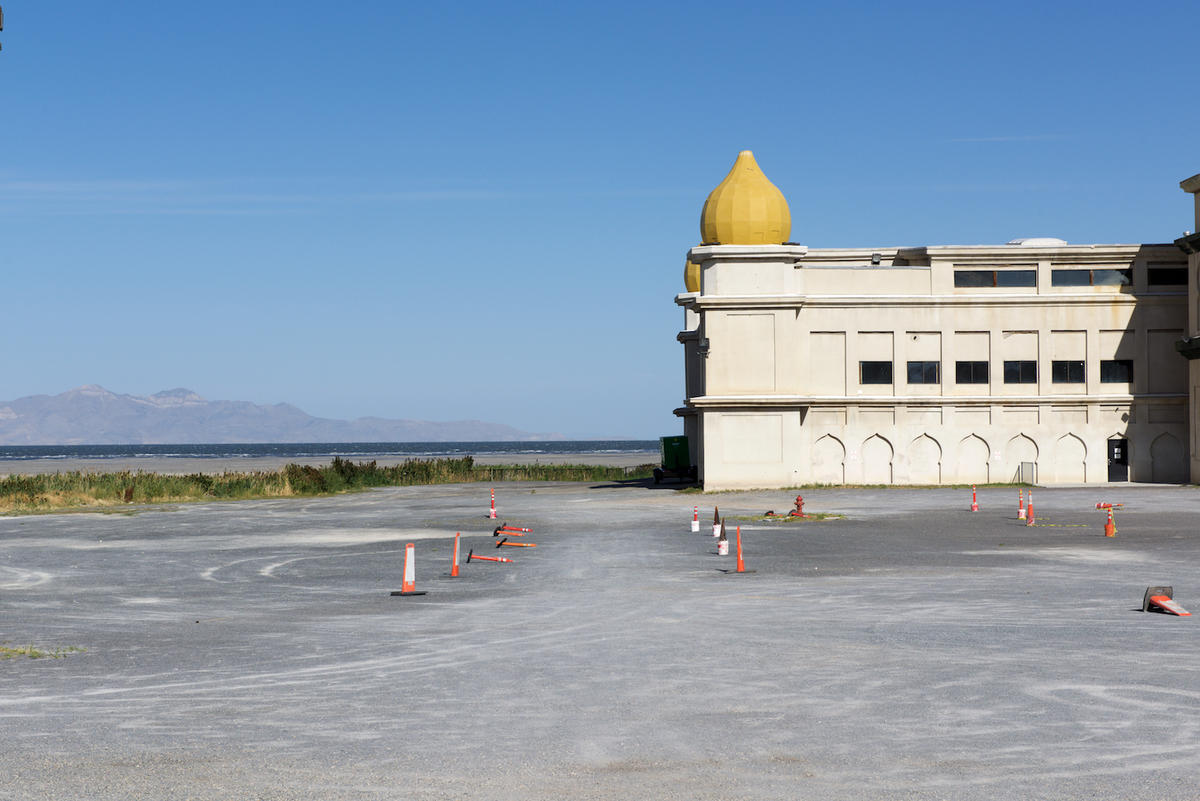 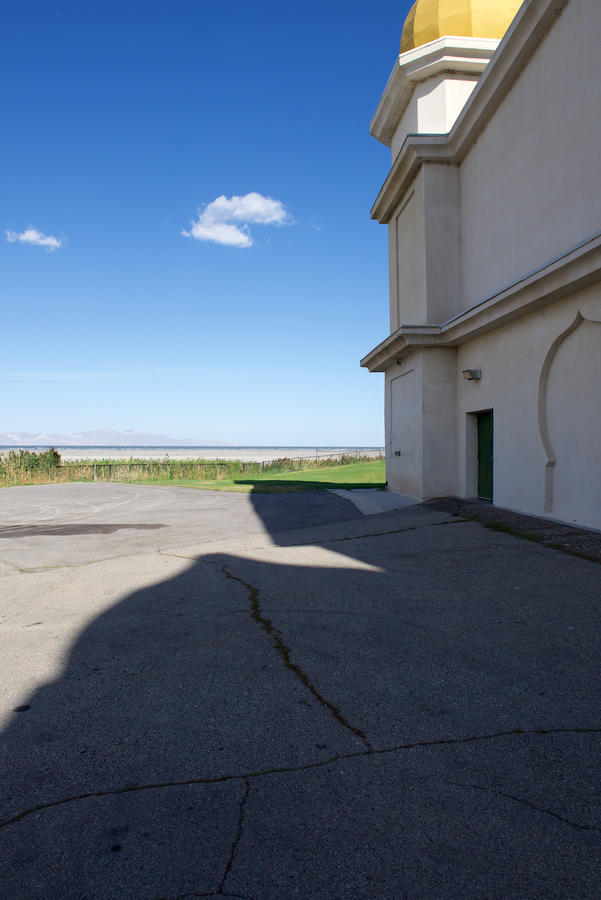 With this most incredible expanse, mountains way across the lake shimmering in the distance. Only to find a lawn, maybe the most shocking, as it led us out to the shore, which didn't exist. 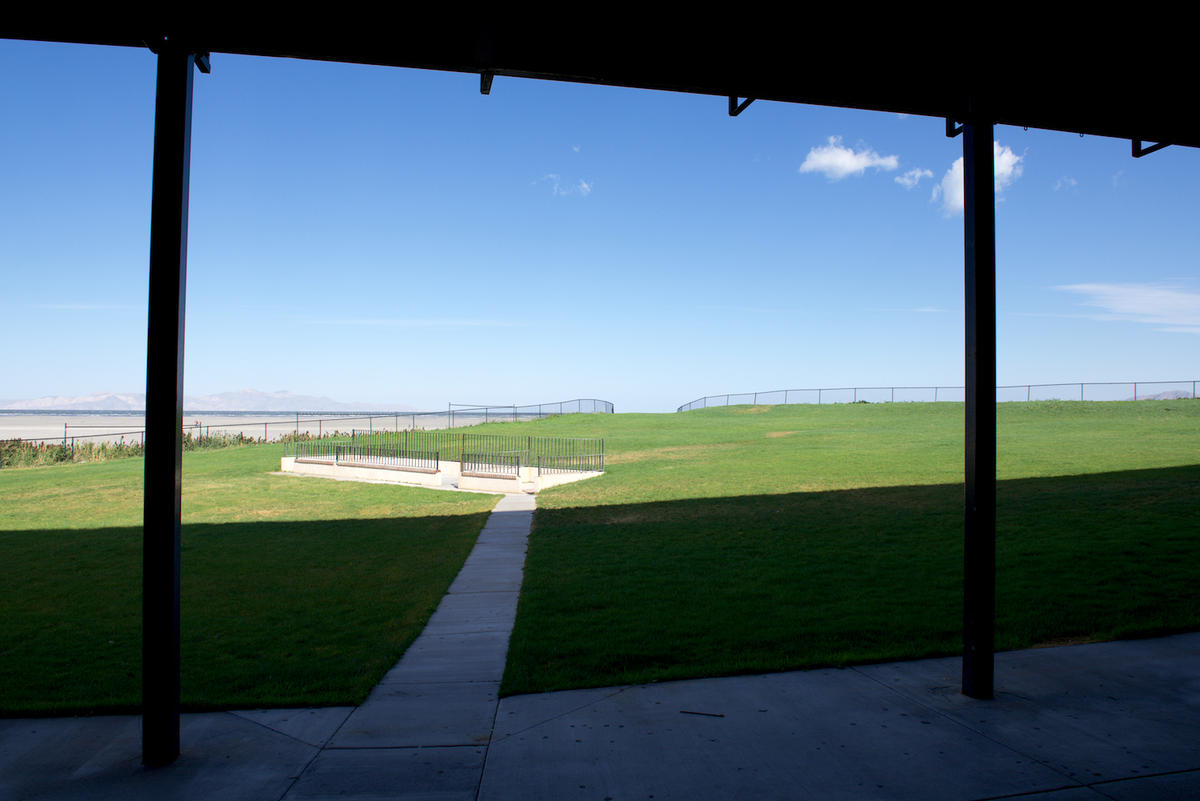 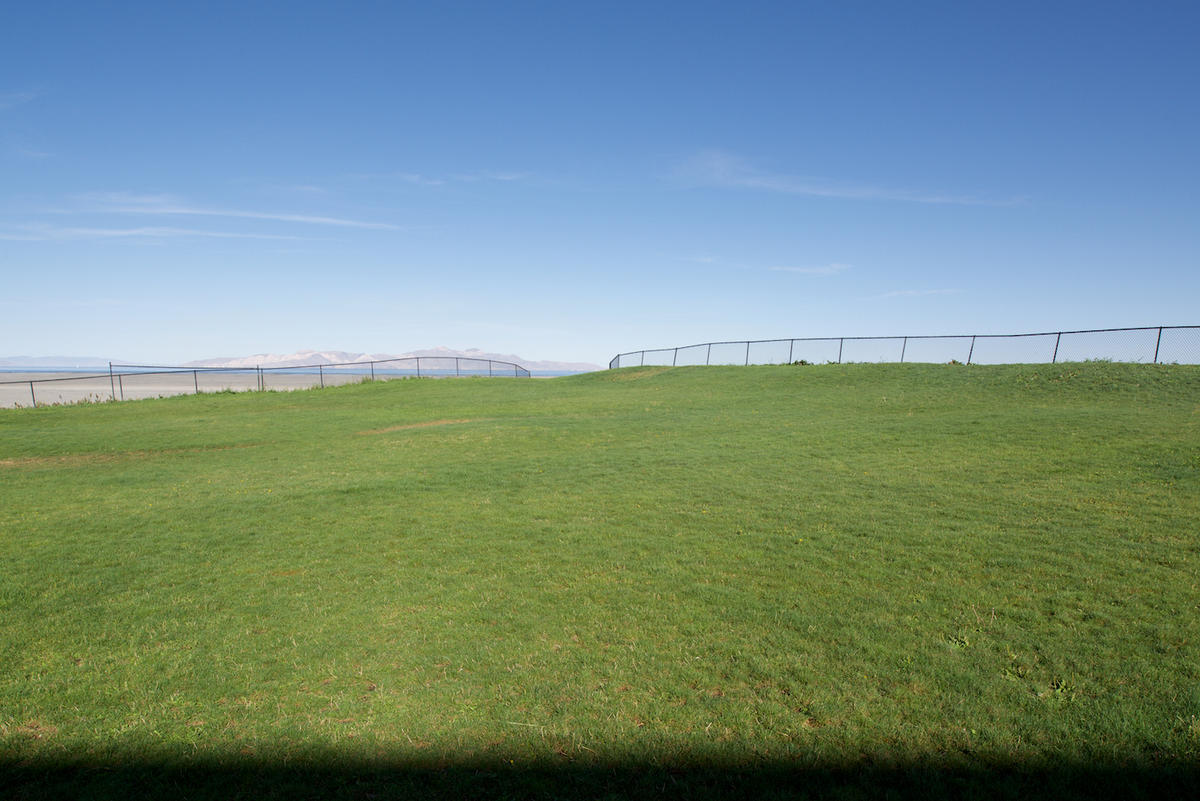 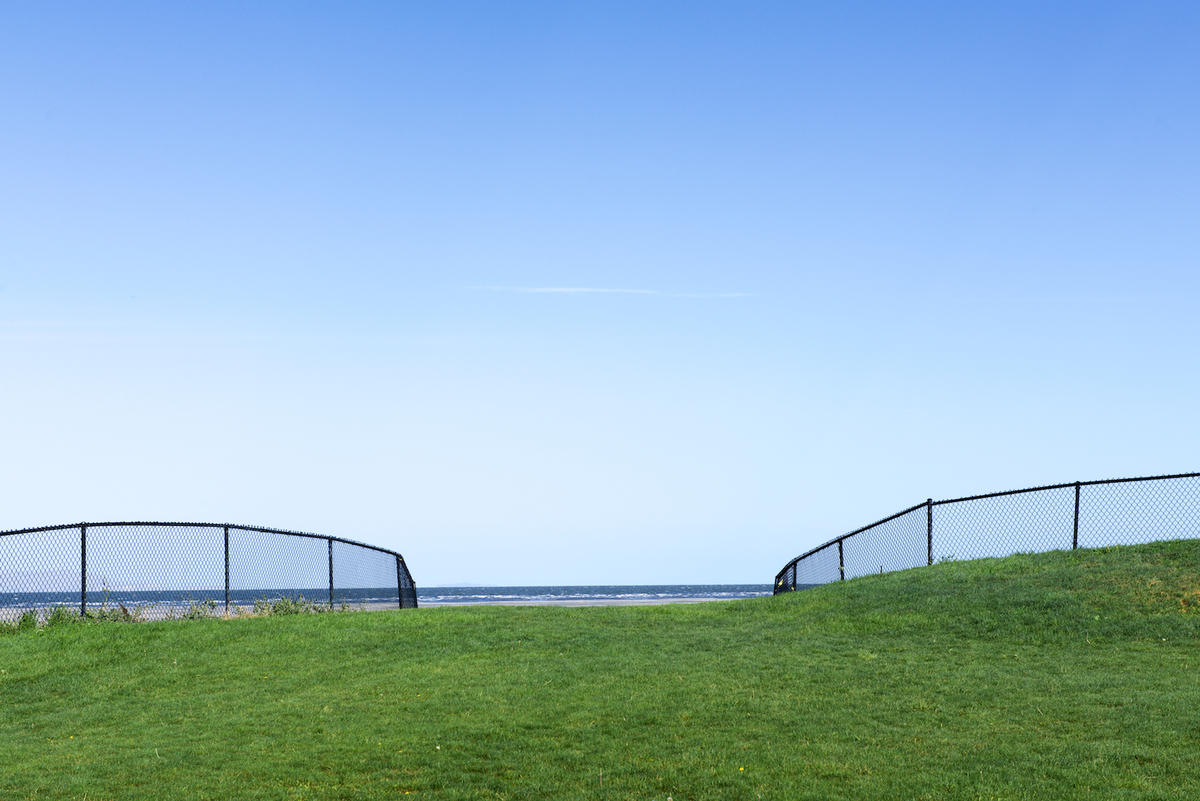 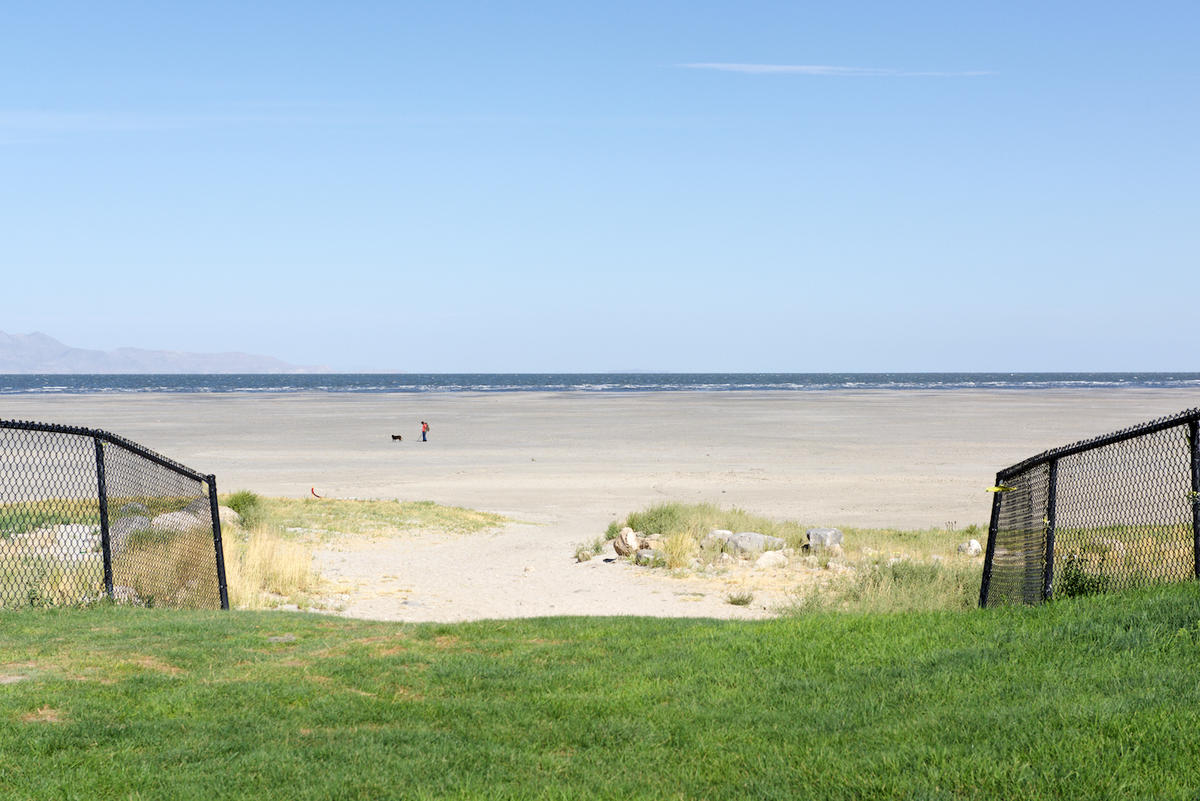 This was a man with a metal detector taking his dog for a walk.

Oops. No shore. I'm sure the intention here was to lead us to the beach but is in reality very far away, too far away.

Then I worked a little on the building itself and what it reflected back on. 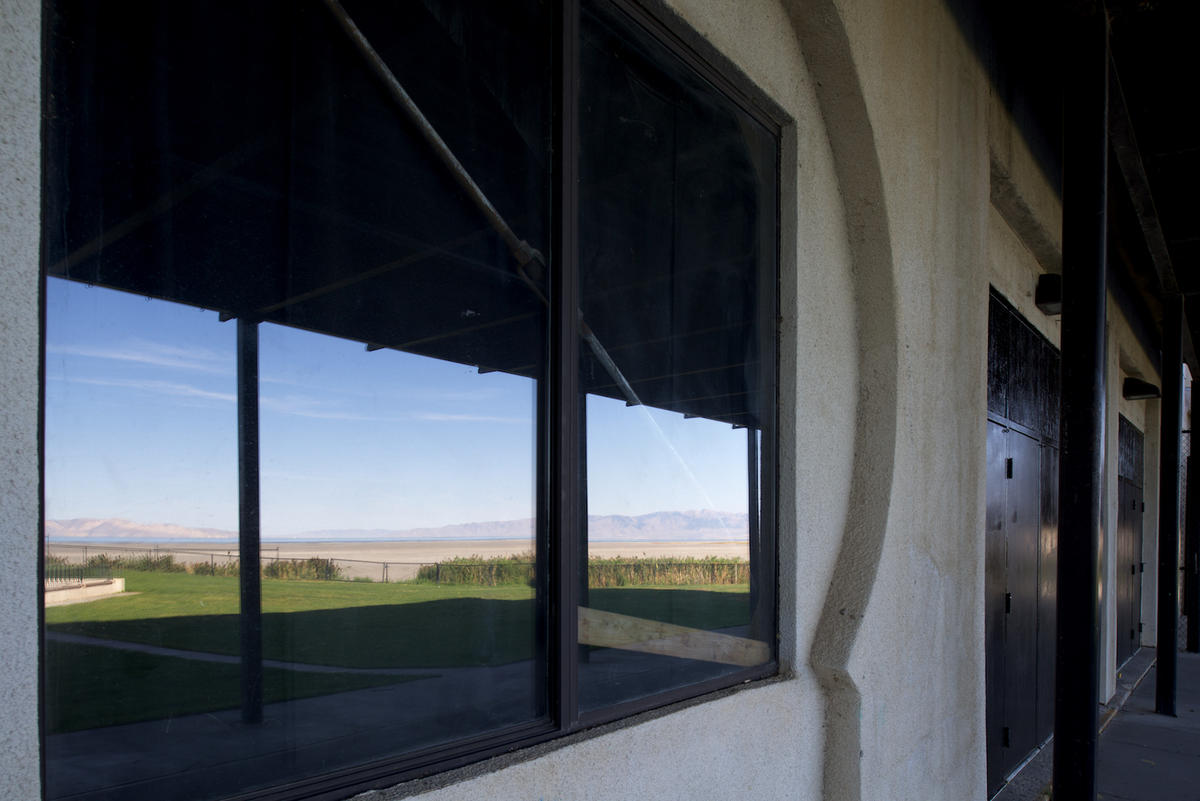 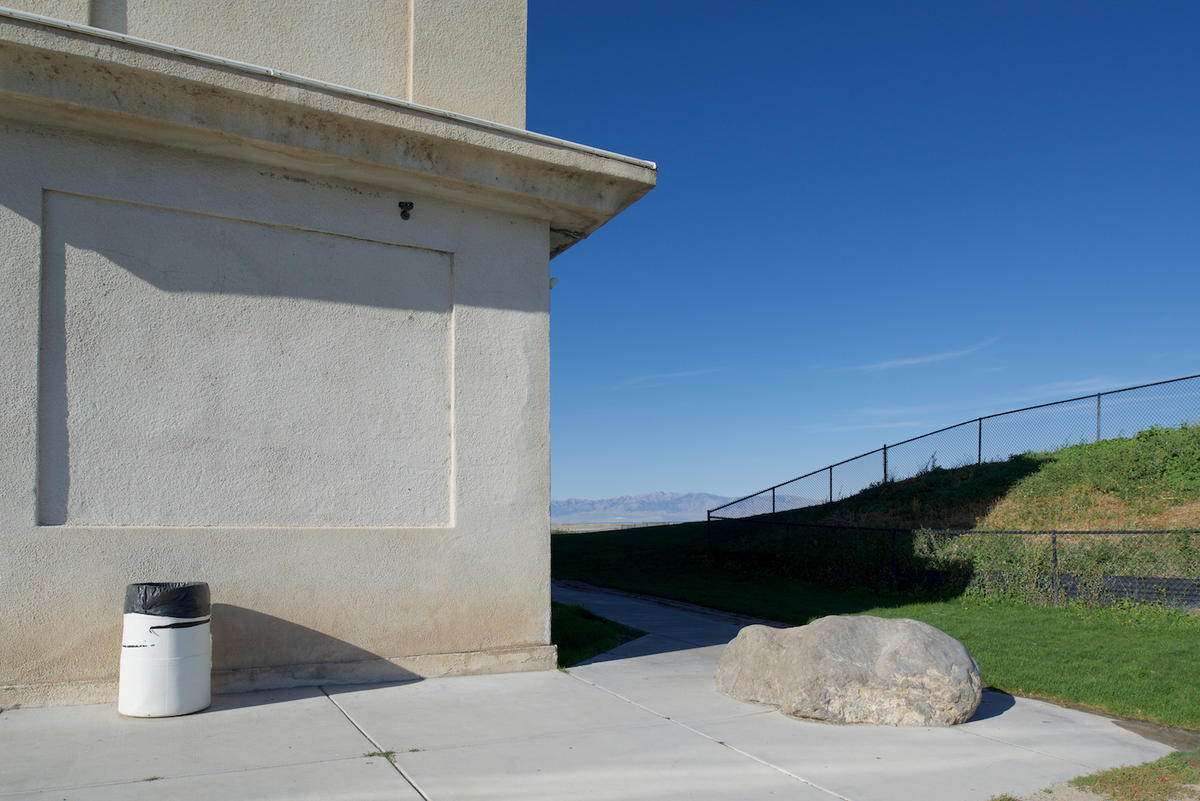 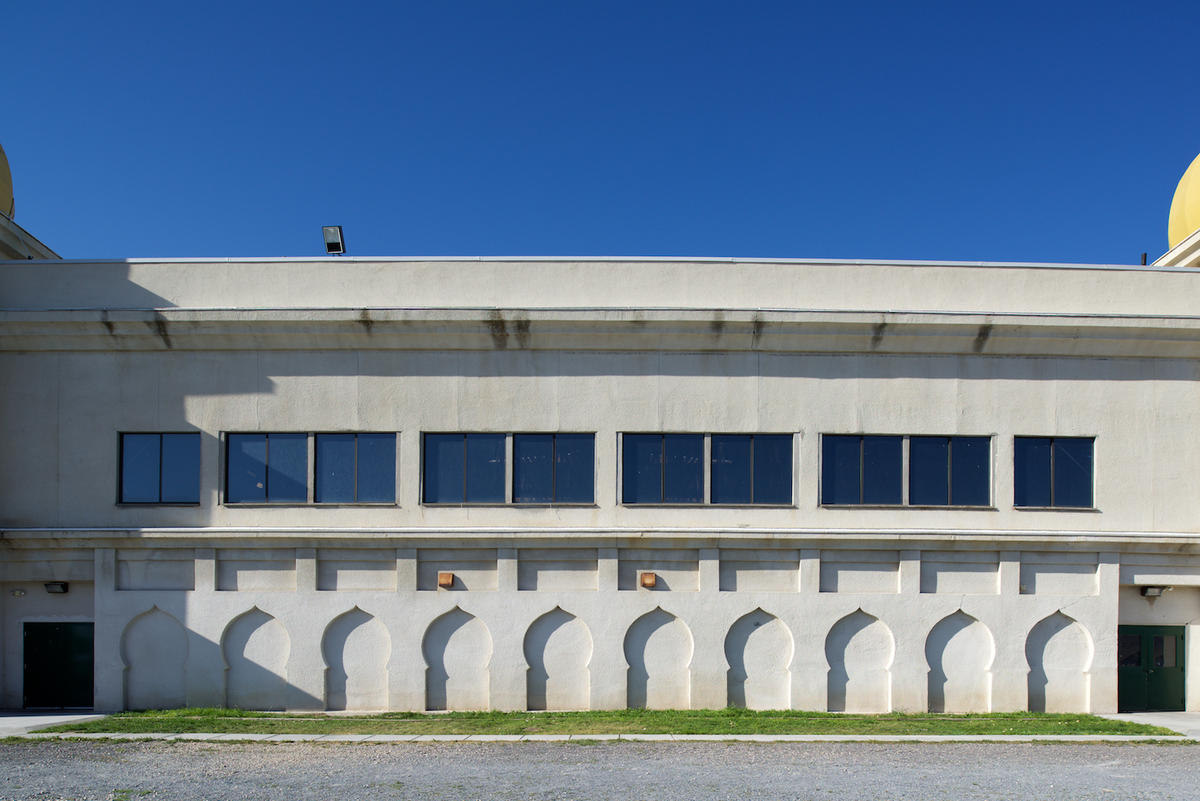 and then finished by working with the extreme nothingness that was this: 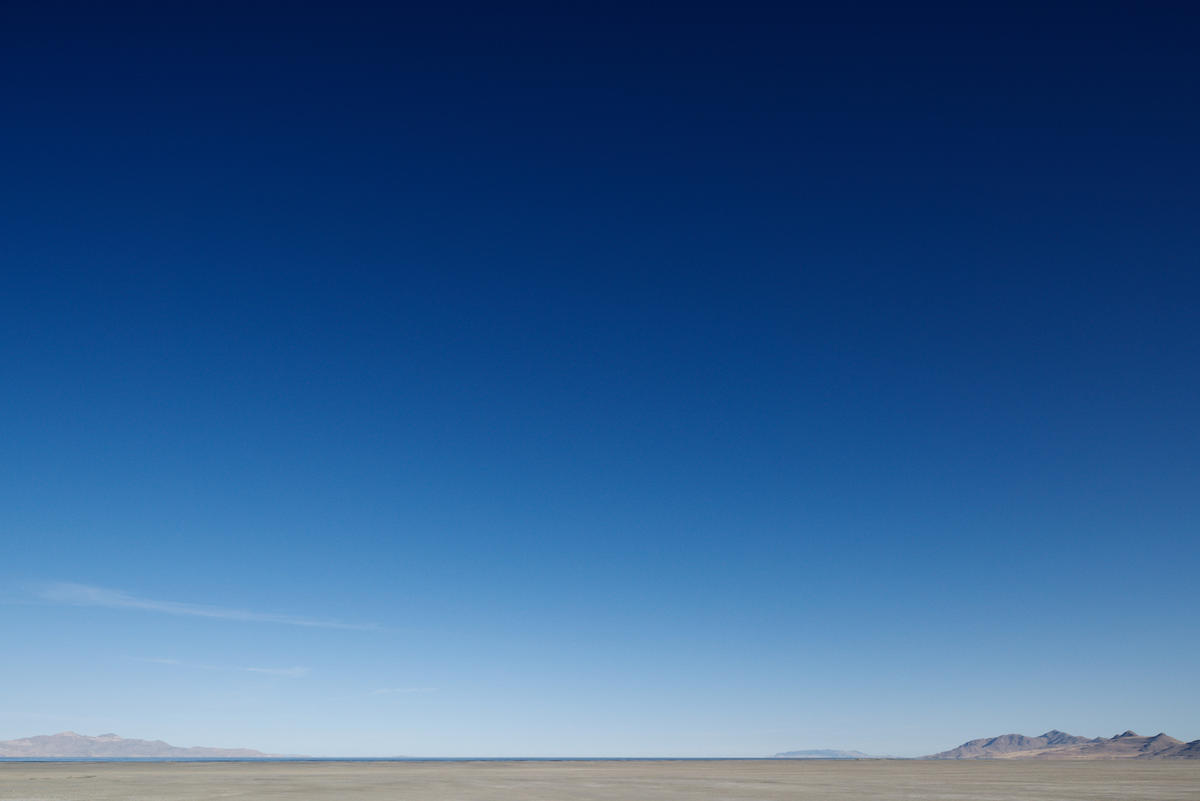 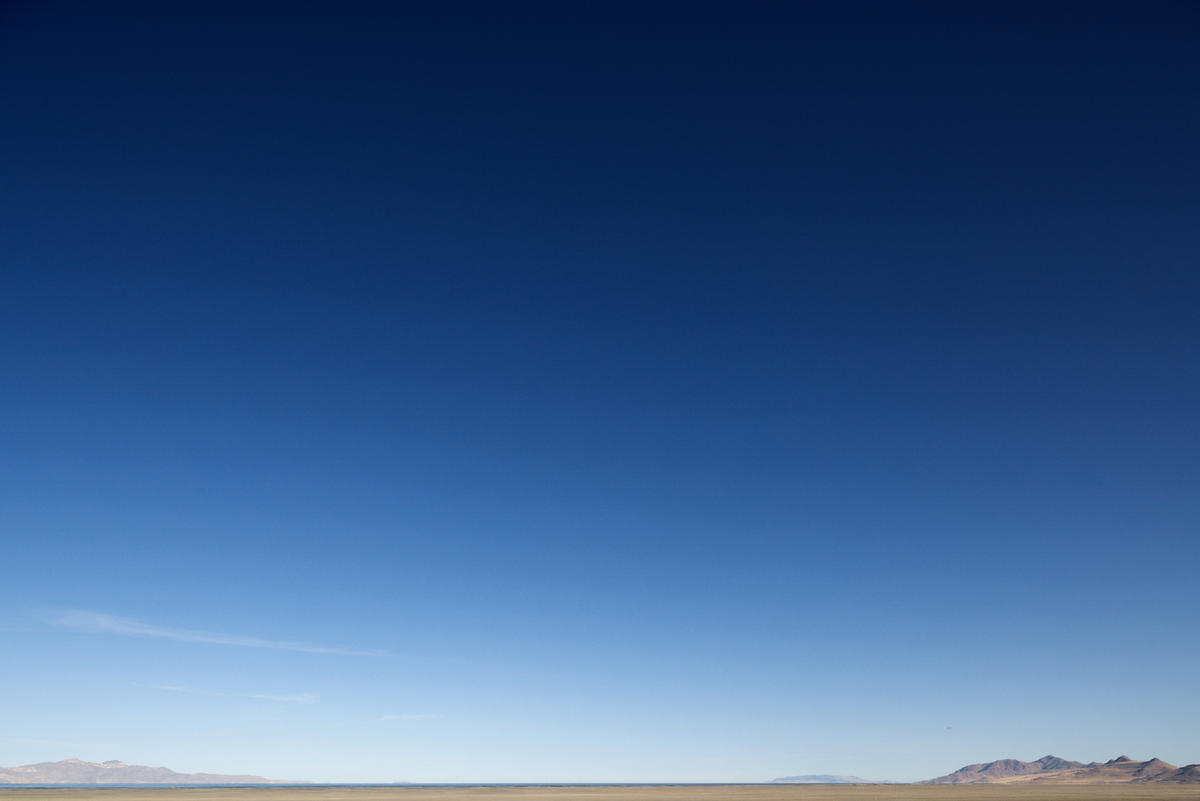 which I'm sure on your 1 1/2 inch screen looks a little anticlimactic but as a 40 inch print might have perhaps a little more presence.

Is this a series? No, not yet. Is it sequenced and tightly edited? No. Will it be? I am not sure yet. Sometimes we need a little distance from our work to fully understand it. One way to help understand it better is to put it in front of people. I've done that in this post. Feel free to send in your comments. I would welcome that. My email is here. And thanks for taking the time to look at my pictures.