Wait a minute. Can a "trilogy" have four parts?

The overall concept is to photograph Massachusetts Route 2 from the air starting about Rt 128 near Boston on out to where it stops at the western border with New York.

As I can only photograph about 1/3 of the state at a time the project broke down naturally into thirds, hence..."trilogy". But I have now photographed 4 times on the project, hence the "PT 4".

Thanks to new friends Jerry Muller (pilot) and Charlotte Richardson (plane owner) I have now flown twice to work on the Rt 2 Trilogy (Aerials) project on their kindness alone and I am most grateful. We take off from the air strip at Stow, MA and head west along Rt 2.

Today's flight was a little shorter than last time and by the time we were close to home the day was clouding up and it would rain soon. 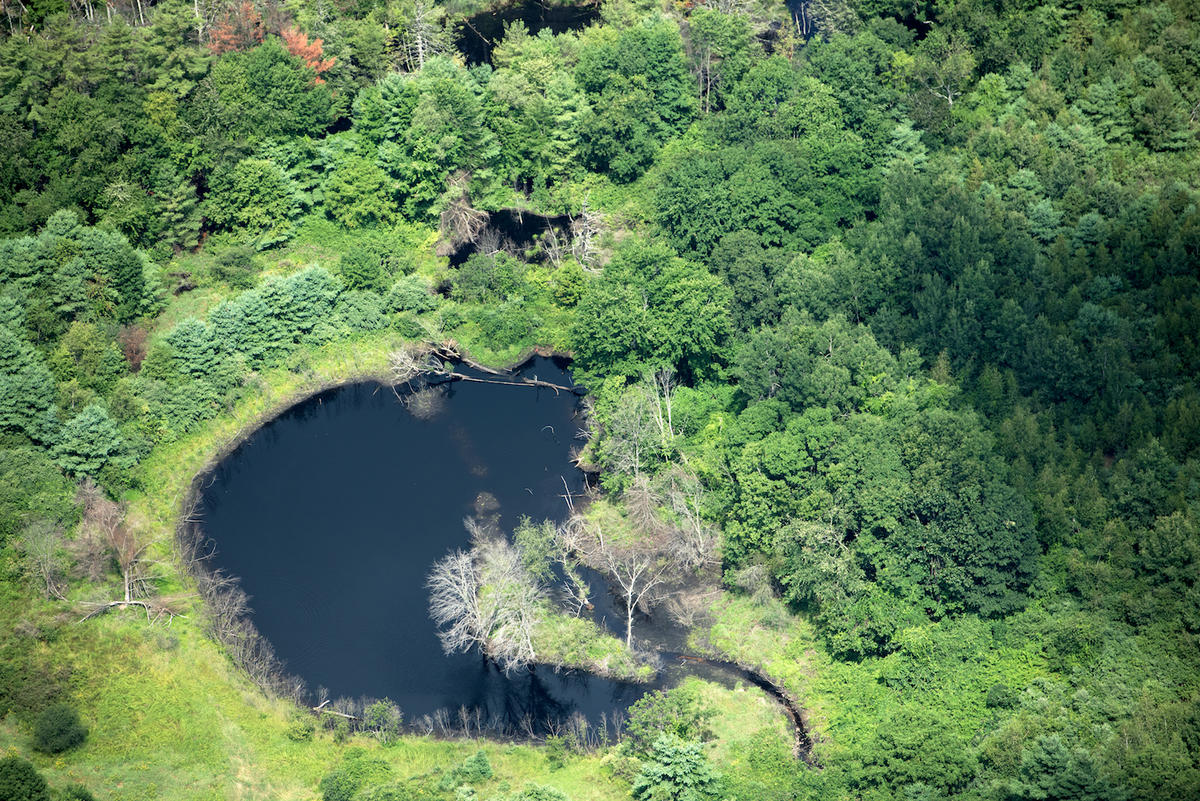 Mid summer flights like this in New England are lush with vibrant greens, particularly if it hasn't been too dry. Today was like that, with a carpet of green trees everywhere. 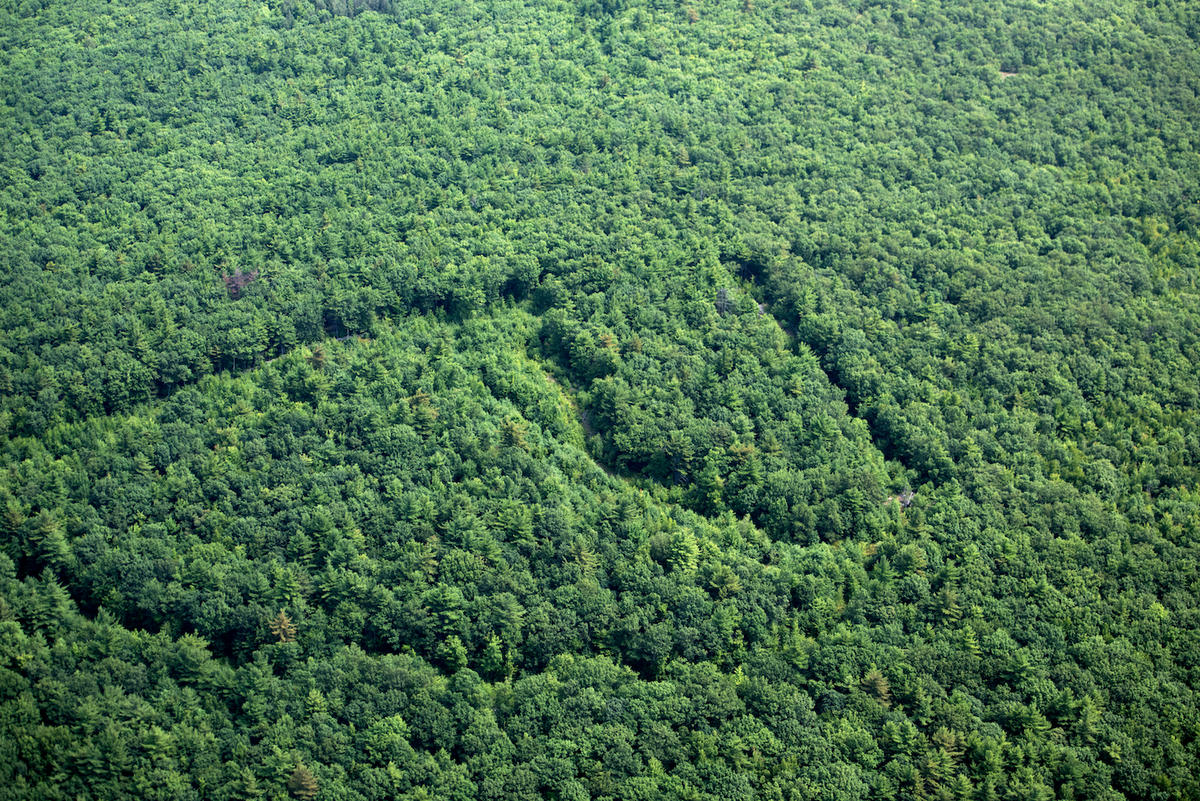 Without dwelling too long on "tech", I was interested to see how a new camera would handle this very challenging way of photographing. I have just changed from the Nikon D800e to the new Nikon D810, a camera with the same size sensor but some significant improvements, one being a better, less vibration inducing shutter. The results from today are a clear step of improvement from the previous camera. I also tested a lens I haven't used for aerials before, the Nikon 80-400mm f/4.5-5.6G ED VR AF-S NIKKOR and found that it works very well but that it is so big and long it tends to stick out the window of the plane, never good when you're flying 100 mph. These flights are in a Cessna 172, a plane so small that it is difficult to turn sideways and shoot out of the open window at about my right elbow. 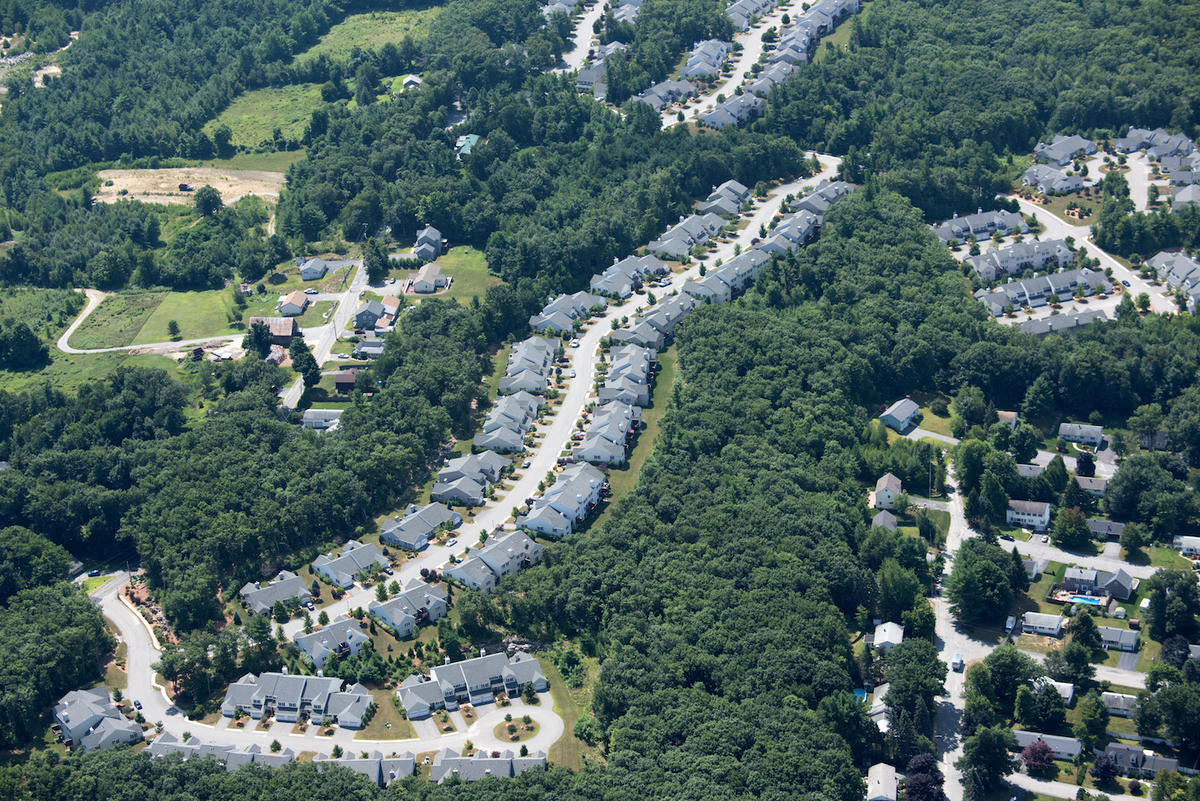 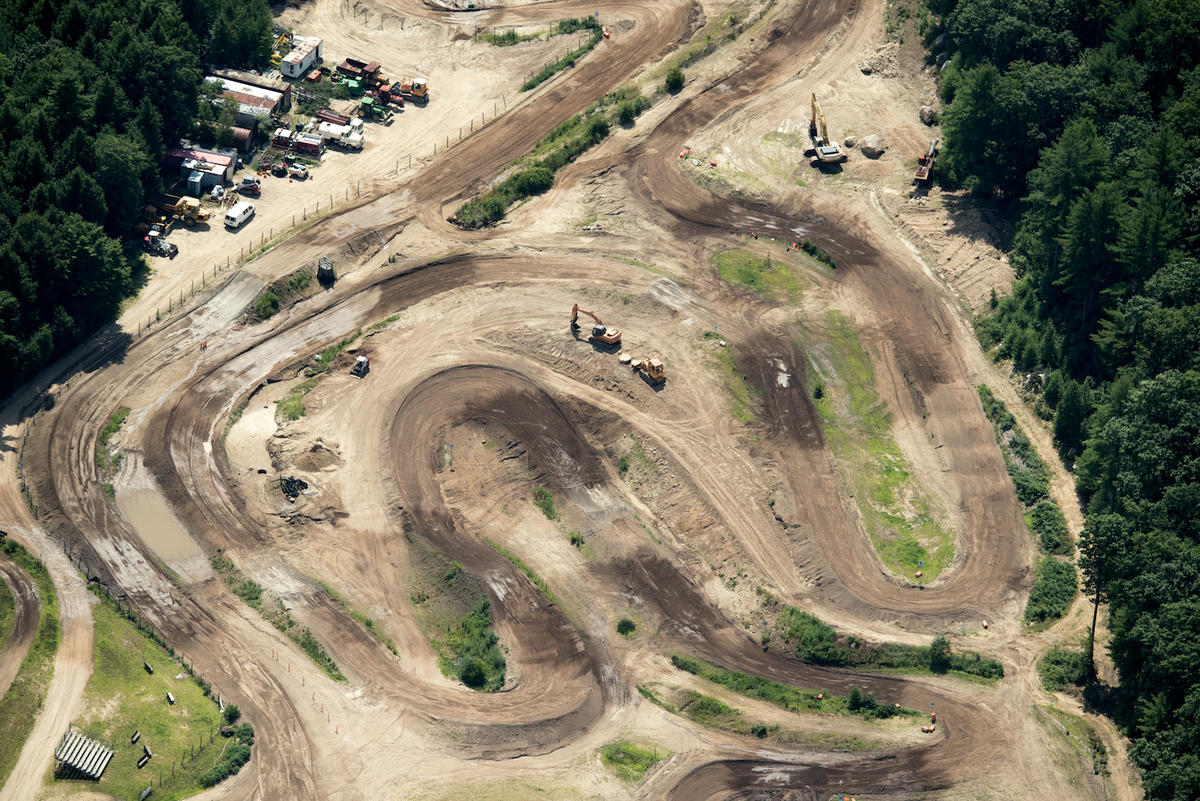 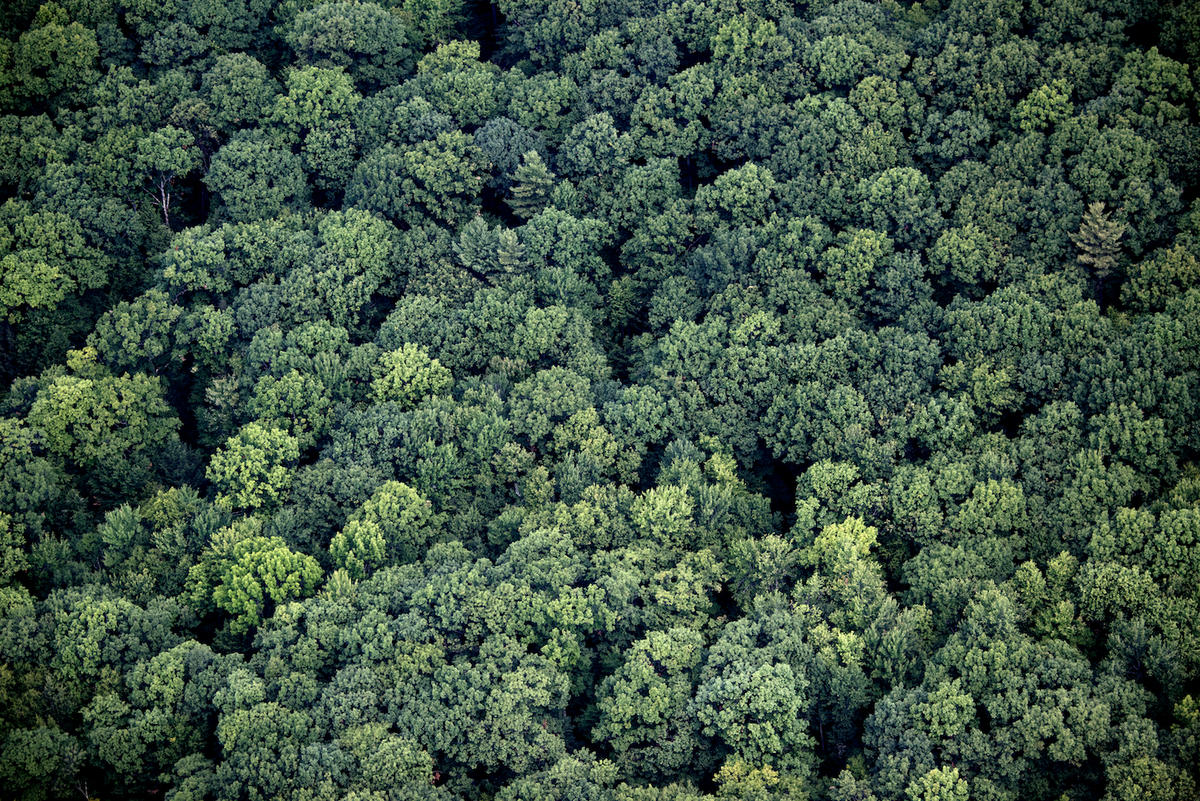 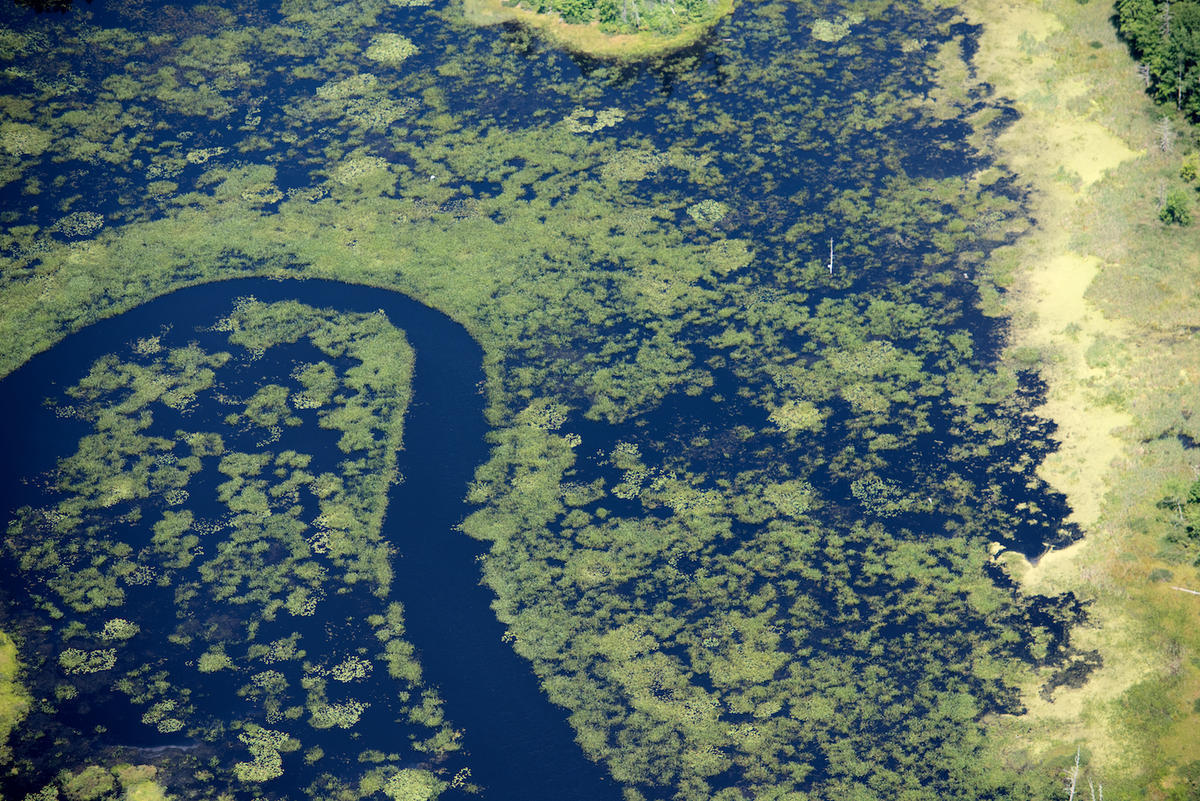 Thank you both Charlotte and Jerry. I am most appreciative and grateful for your support of this project.

As we landed and were taxiing the Cessna up to the gas pumps to top off the tanks, we were confronted with this: 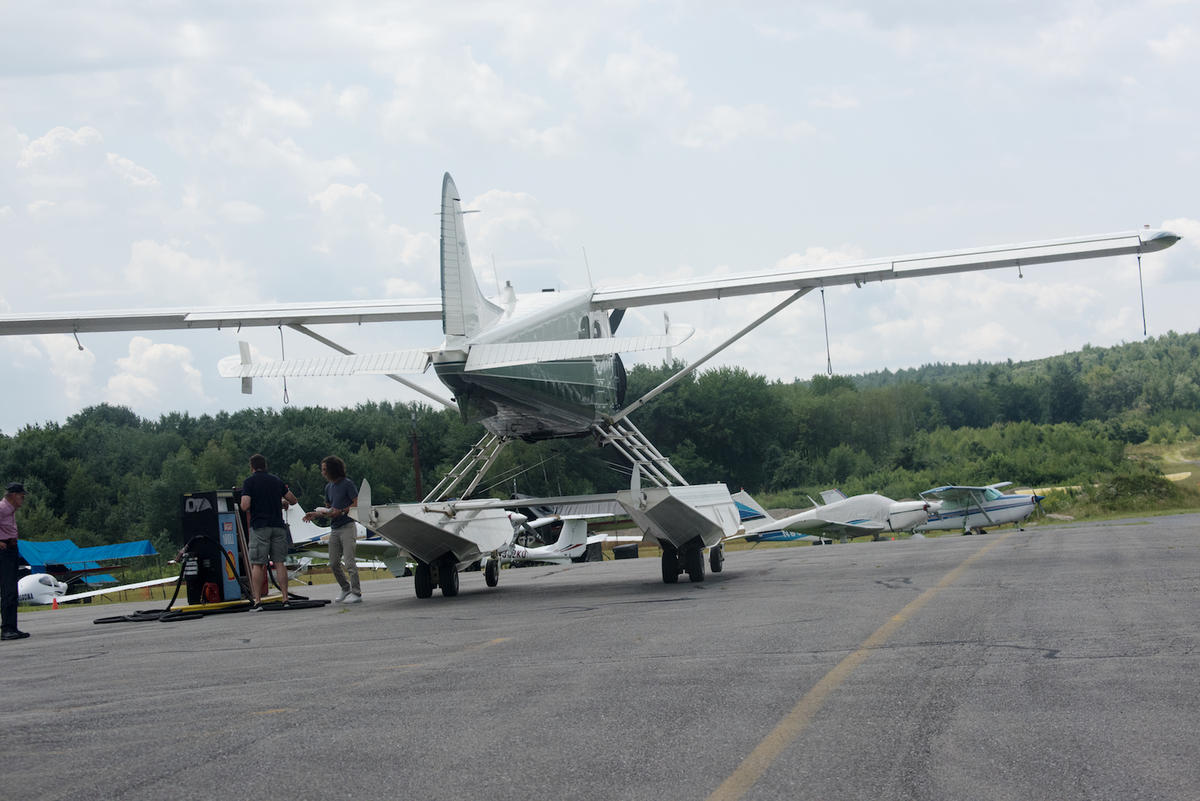 Which I learned later was a Beaver Float Plane with retractable wheels, that had been flown east from L.A. by the tenor saxophonist Kenny G, (who is the one on the right holding the sandwich).

As we pulled up, he hopped back in his plane and took off, lunch on board.

How cool is that?

Next up? I need to print the ones made today and last April to complete the series.

And I need to post them on the site.