I don't usually write about equipment but the Rollei SL66 was such an important camera for me and many others I think it is appropriate. Plus, I just gave one of my two Sl66's away.

This from the site Rolleiflex SL66

They conceived a camera based on the construction elements of a studio camera, with the focusing rail on the left side. This was done so photographers accustomed to Rollei Twin Lens Reflex cameras would feel comfortable to find all operating elements in the same places: focusing on the left side, film advance and shutter release on the right side. Weiss and Prochnow had the camera ready, in time for the 1966 Photokina photographic fair in Cologne. Hence the name of the camera, SL66 for 1966 and 6x6, the size of the negatives.

At the time, development of the camera had cost Rollei about 3.5 million German Marks, which, at today's value, would be more than $ 10 million. A very large amount of money for a small company like Rollei this is, and shows how dedicated Rollei was to this new 'super Rolleiflex'.
The SL 66 consists of almost 1,000 single parts, all metal with the exception of only about 10 plastic parts (apart from the leatherette covers).

I bought mine in 1971. In those days, photographers wanting to step up in format from 35mm and still be able to hand hold would look to 2 1/4 (120mm) for higher quality due to the larger negative. Twin lens reflex cameras were made by Yashica, Rollei, and Mamiya. Single lens reflex cameras were made by Hasselblad, Bronica, Mamiya and Pentax. Photographers' highest quality choice was Hasselblad. With Carl Zeiss lenses, superb build quality and a reasonable size the Blad was expensive and a system camera. You could work with different models, format backs, reflex finders, add on meters and a long list of lenses, all at high cost. It was used on space missions by NASA, microscopy, National Geographic and countless studio photographers all over the world. You get the picture: Hasselblad was the Leica of 2 1/4 cameras. Many people think Hasselblad is a German camera. But it's not. The lenses are of German design but the camera is made in Sweden. 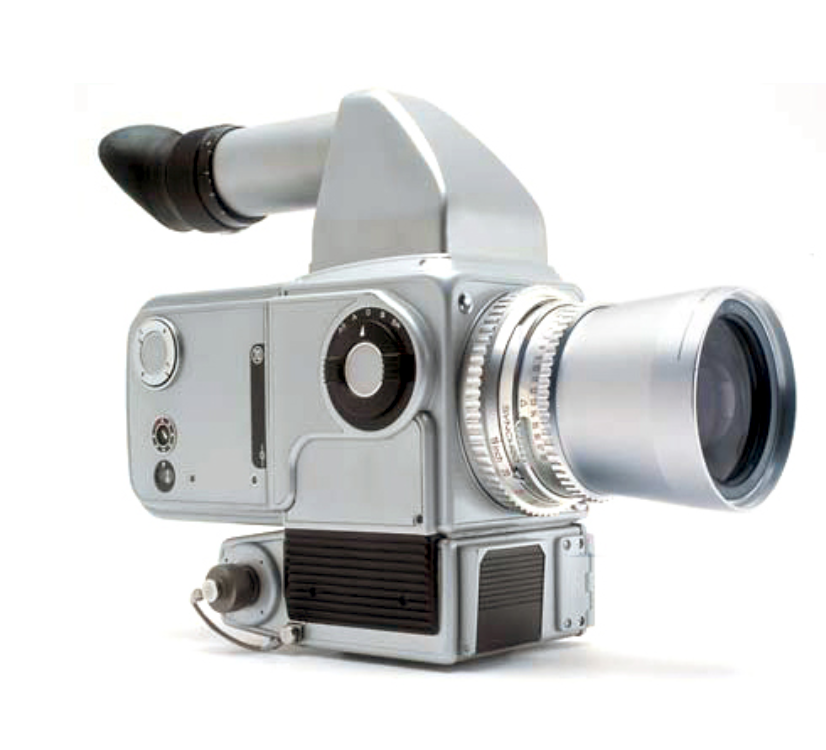 But the Rollei represented another step up in the line of available 2 1/4 SLR's for it was designed to do many more things than the Hasselblad.

In the spring of 1971 I had just been accepted to the RI School of Design for study in the graduate photography MFA program. Harry Callahan had been my teacher for the junior and senior years at RISD and had a Rollei. (If you don't know about Callahan and his photography I recommend searching for it on line.) He was making wonderful prints off of negatives shot with the camera and I was looking at buying one, with an 80mm Zeiss Planar, a right angle prism finder and the grip. But I was concerned about the cost. If I remember right this was adding up to about $2000 that I didn't have. I went to Harry and explained I'd bought whole cars for a lot less than that. He asked me if I was serious about making pictures over my career. No one had ever asked me this in such a straight forward way. I answered, "yes." He said $2000 was very little to pay for something that could serve a lifetime, for a tool that I would make my pictures with, pictures that had a place in my heart for me and perhaps others as well. I decided on the spot. I ordered one, had it shipped to a friend's parents in Worcester to avoid the sales tax and waited for what seemed like forever. As soon as they called I jumped in the car and drove right up there from Providence. When I got it I was in heaven, reading the manual, dismantling it, playing with focus and it's tilt function.

Yes, it could tilt its lens 6 degrees up and 6 degrees down. Big difference from the Hasselblad which was always fixed in parallel to its lenses. As I was working on a senior thesis project I began running film through it and making prints for class. But I couldn't get a sharp picture out of it. My classmates thought it was a bad lens so I sent it off to Rollei in New Jersey. It took about a month to get it back and Rollei said all was well. More tests and the same problem. This went on for a while, with me feeling like I'd spent way too much money for something that wasn't any good. No way was I doing the thesis with this camera as the pressure was on to make the final prints. So I shot it with one of the school's 4 x 5's.

Finally we shook loose what was going on. The focusing screen, which is removable on the SL66, was in its housing upside down. Lots of people were handling this camera when I received it as I was the first in school to own one and we never did know if it came that way,  or if someone mistakenly reversed it or if I did. This meant I was focusing on a different plane than where the film resided in the film back therefore guaranteeing blurry results.  All became right with the world when I turned the screen over and shot and processed film. Bingo! I can still remember what that was like. I was in the word of clarity, transparency, depth and sharpness. Life became really really good again.

By the time I started graduate study the next fall I was making pictures that were right up there with my classmates and my expectations for the camera were fulfilled. Odd to think that the tool we use holds such significance in the manner of the work we make but it does. Photography has always been reliant on its tools, its technology. For some the camera is everything. But Harry Callahan taught me that it was important to use the best device you could afford, that this after all, was your work and that the tools we use needed to be bought in awareness to their intended purpose. The best paint brushes, the best and most permanent oils.  An enlarger that is rigid and stable. An enlarging lens that is faithful to the clarity and sharpness of the negative.These days the computer and storage that are up the task of handling files of large size, the display that depicts your work with clarity and depth, the printer that conveys your work in a full range of colors and prints a deep black, and so on. His advice has served me well over now a long career of making pictures.

Thanks Harry for that.

My friend Gail now has a second Rollei SL66. I was honored to part with it as the Rollei is the primary tool she uses to make her art. And her first Rollei is showing signs of being very tired.

Funny, I have often sold cameras to buy new or different ones. In 1984 I sold a Hasselblad Superwide that was about as important to me as my right eye to buy the one and only 8 x 10 camera I ever used: the 8 x 10 Toyo Field.

But I still have my Rollei. 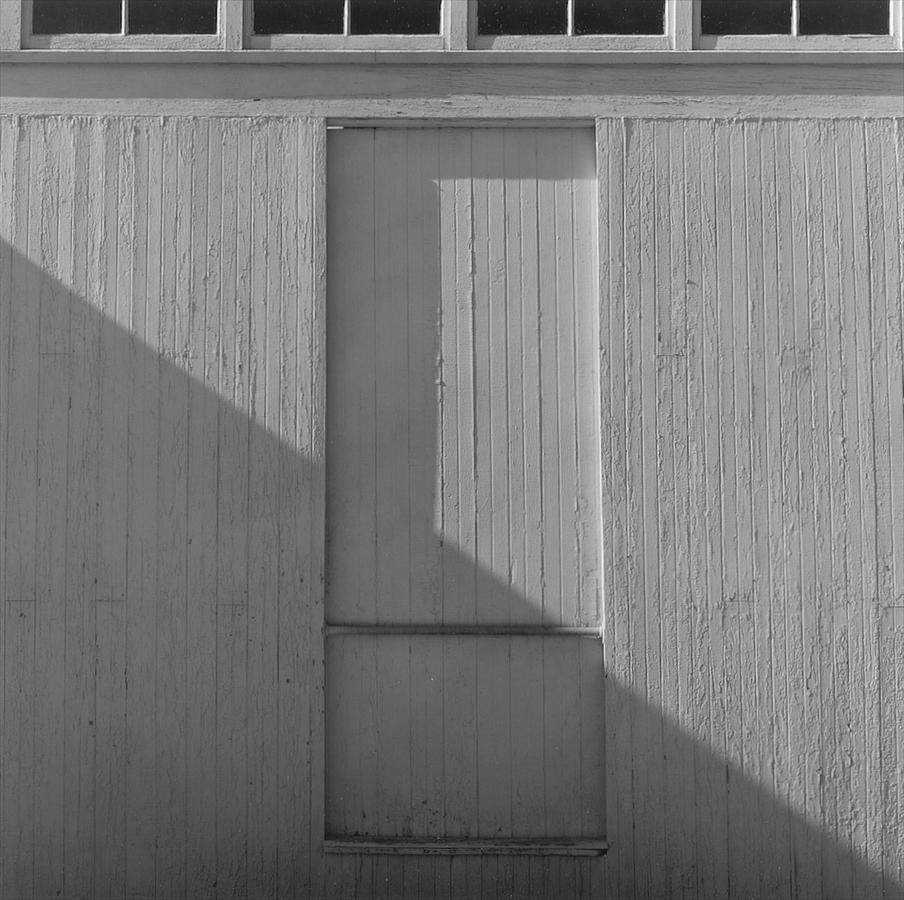 Coming up: Part 2 of the Rollei SL66 experience. And some insight into who photographed with one.  Hint: think Aaron Siskind, Ansel Adams, etc.

Note: you can read about more of my early work here.