Ah, photography. In all its permutations, versions and approaches the medium has become ubiquitous today and is larger and more exciting than ever before.

Robert Frank turned ninety a couple of months ago (November 9). Almost 60 years after his seminal work "The Americans" was completed we still define photography in some of the terms he established another lifetime ago. He has said that the way he made pictures then and what he said in them is over and I tend to agree.

From my perspective in my late sixties, street photography, that way of photographing that is fast and reactive, imbued with the magic of the "decisive moment" (quoting Henri Cartier-Bresson) seems over or is perhaps more accurately no longer a separate and clearly delineated kind of photography any more. Street photography now is selfies and smart phone pictures and Facebook. What was new and so visceral fifty years ago is now commonplace as everyone has a camera and they have it with them all the time in their smart phone. Remember that Frank and others were going out to photograph with clear intentions then. They needed to have several rolls of film with them, often carried a separate light meter, perhaps a different lens or two. In fact, "going out to photograph" has hugely different implications now compared to the 1950's or 60's.

I am close enough to that generation that I work in that way. I load up the car or a backpack and I go looking for pictures. If I am traveling I will bring a camera, a lens or two, an extra battery, perhaps a tripod and head out on foot from where I am staying, just as I have for now over 45 years. Doesn't matter the format or the technology.

But Frank caught the USA in a remarkable time with "The Americans". A time of   difficult race relations, of tensions simmering below the surface, of the boom of post WW II rebuilding and repopulating (I am a part of the baby boomer generation of many who were born during those years). Like much great art it is a collusion of incredible circumstances coming together in one perfect storm of creativity and insight at a very specific time. And Robert Frank nailed it. Pure genius. If you don't know it, you should get it. 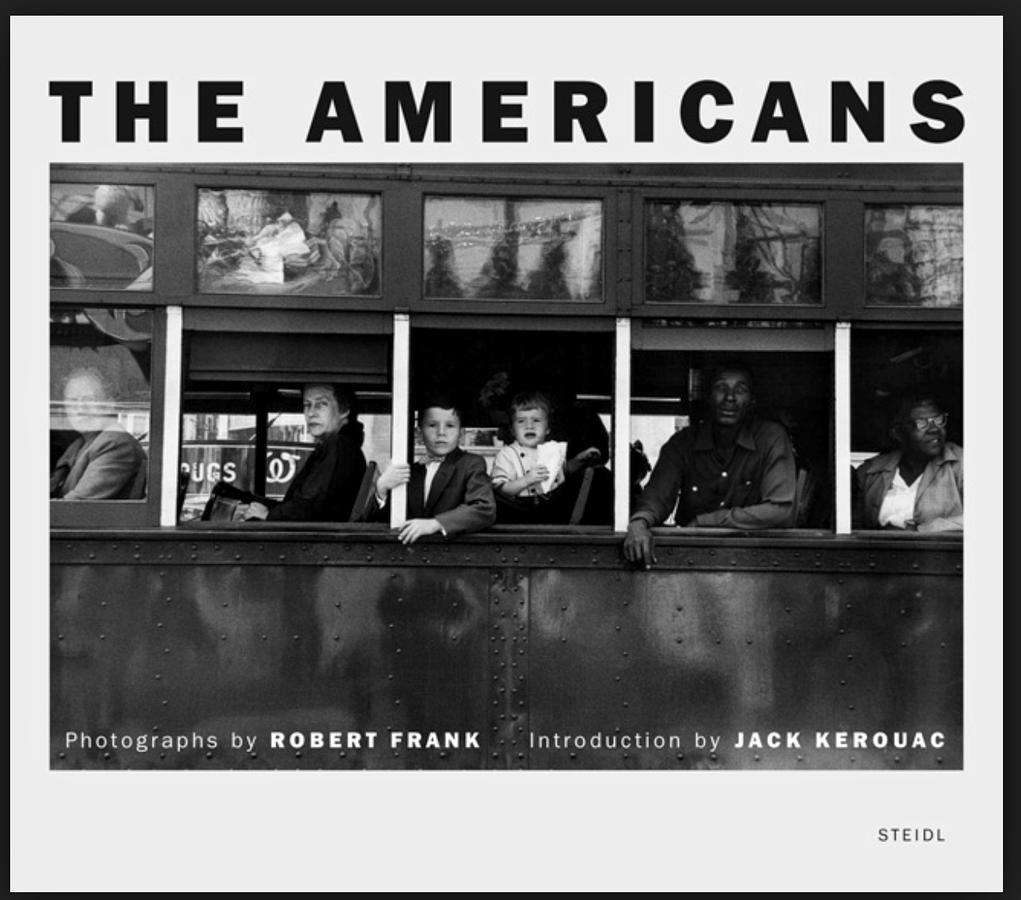 Years ago, in a lecture course on contemporary directions in photography, I spent a whole class showing "The Americans" and talking about the photographs, their power and their importance. One of the students came up after class and said that he just didn't get it. His name was Eustacio Humphrey and he would continue on to graduate work and has had a very successful career as a photographer and editor. I loaned him the book, saying he should study it. He came back the next week and said he'd had an epiphany. I swear that one week of looking at "The Americans" formed the basis for his whole career, far more than anything I ever taught him.

What did I learn from Robert Frank and use in my photography? To watch out for preconceptions about what is and is not a picture. To look and learn to react with clarity bearing in mind that the intellect can often get in the way. To be open to different sequences and that through sequence we can tell a story, write a poem or a novel, sing a song and make you cry.

Here is a very late Happy Birthday, Robert Frank. And thank you.