I'm calling a new body of work "Before and After Aerials" as it is a portfolio of work from before I shot aerials one day in February in the Sacramento River Valley in California as well as pictures made after we landed. This was a marathon day and significant for me personally. It was an affirmation of worth and ability, that I was still able to make pictures of viability, substance and beauty and that I was continuing to move forward; important, if you think about it. Don't stay where you've been. Yes, it is safe there, but it is death artistically and creatively.

At any rate, on the way to the airport for my flight with pilot Stan in Yuba City, the light was beautiful. I was early, as I always seem to be, and stopped along the way to shoot in town. 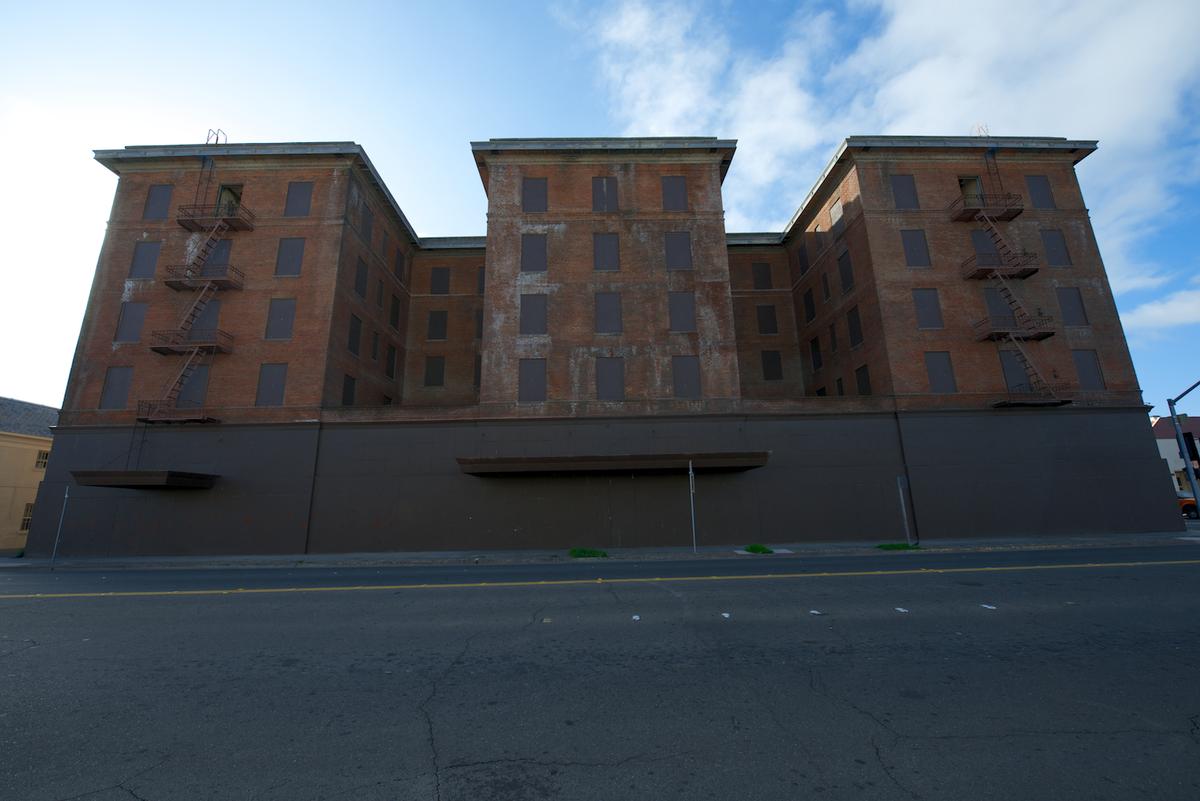 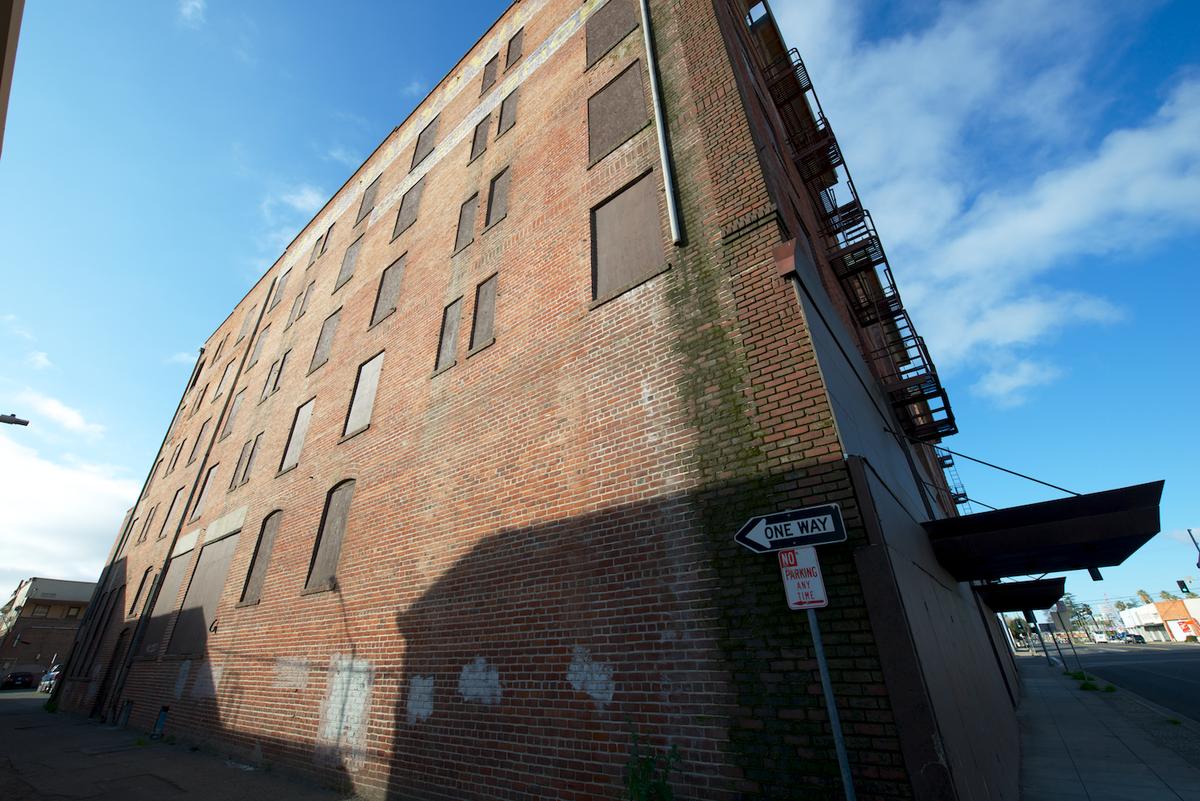 And at the airstrip before we took off: 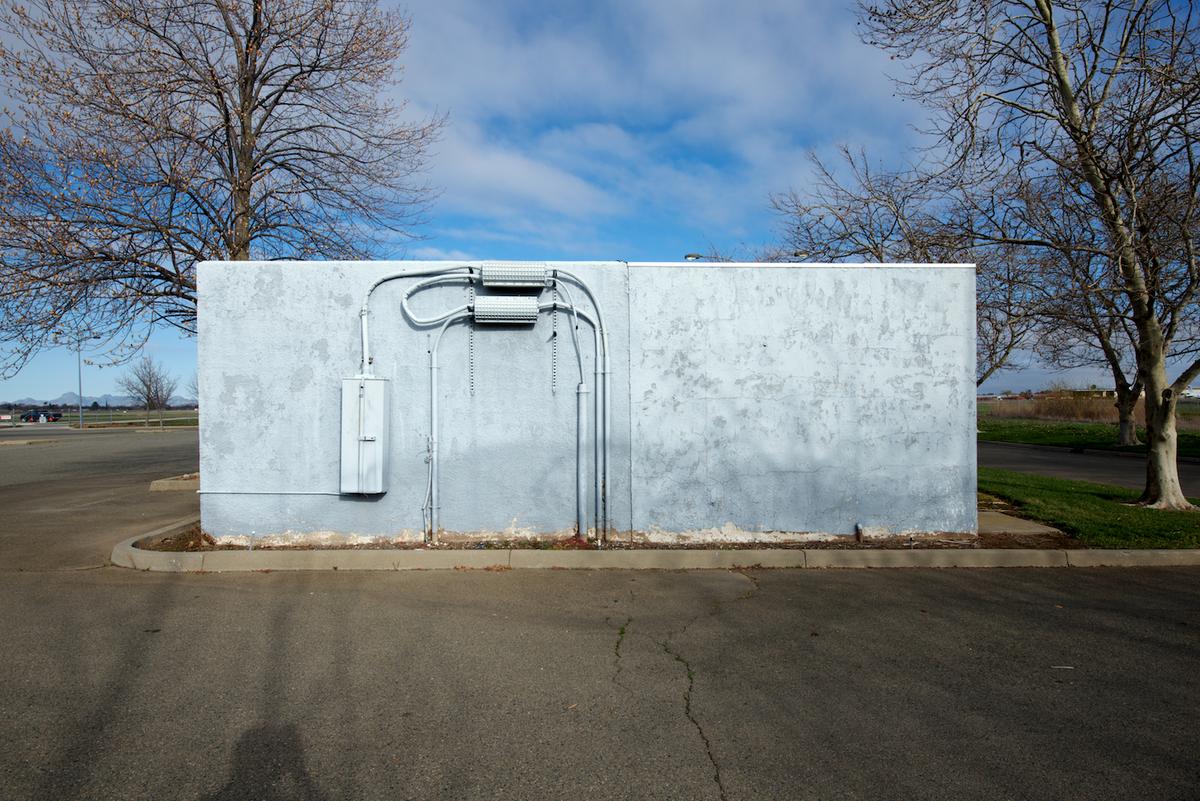 When we landed about an hour or so later, I headed back to town but saw this from the highway and got off at the next exit: 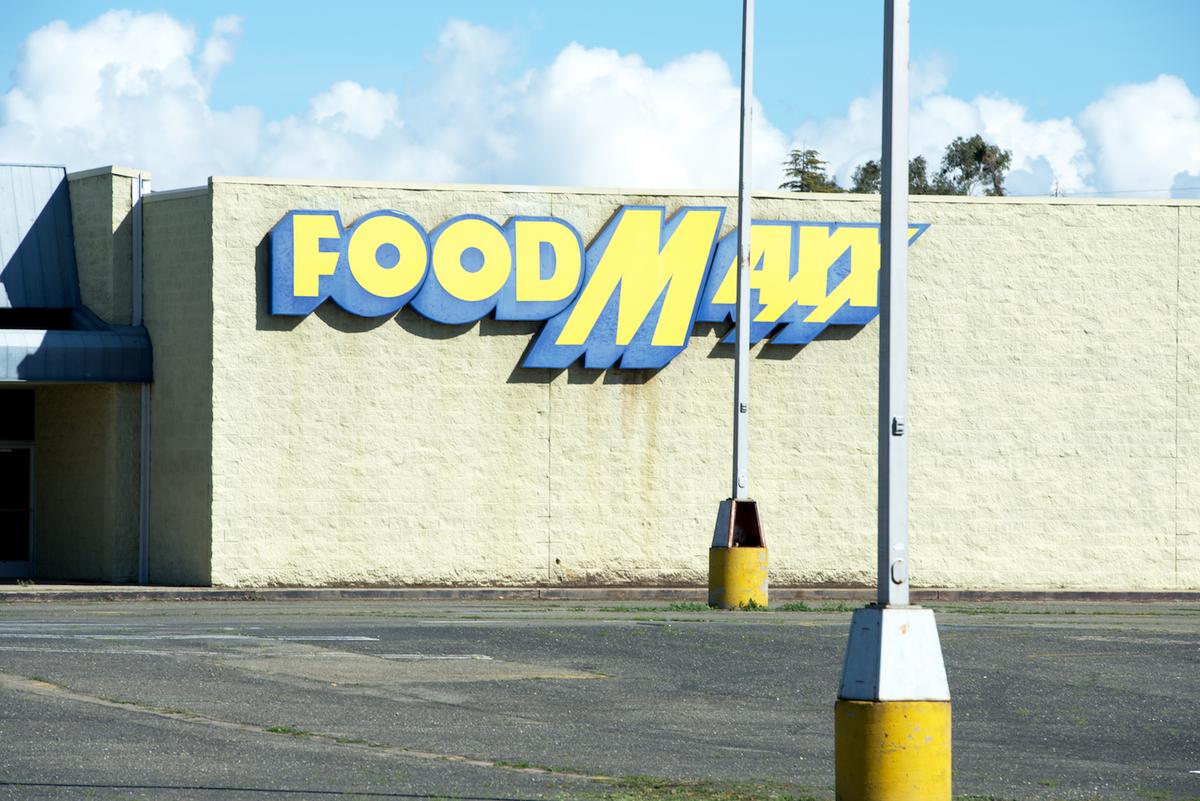 I'd never seen one of these before but the company website describes them as being  like a BJ's or Costco without having to pay to join. 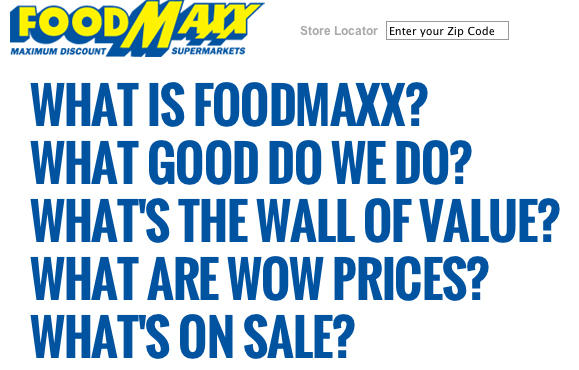 The store was huge: 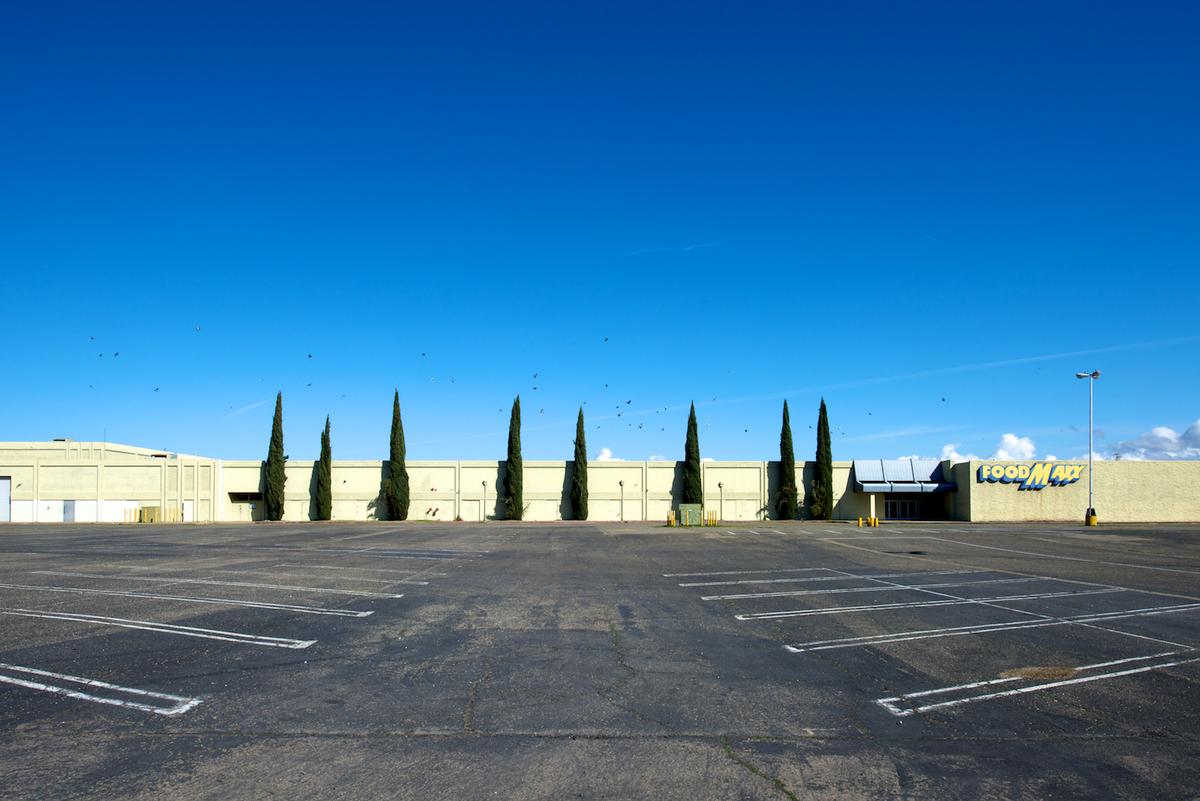 If you look closely you can see there is a flock of pigeons circling in the sky above the store. Along the front were 8 Italian Cyprus trees, looking neglected and sad. The store was closed and it was midday during the week. Not good for Food Maxx. 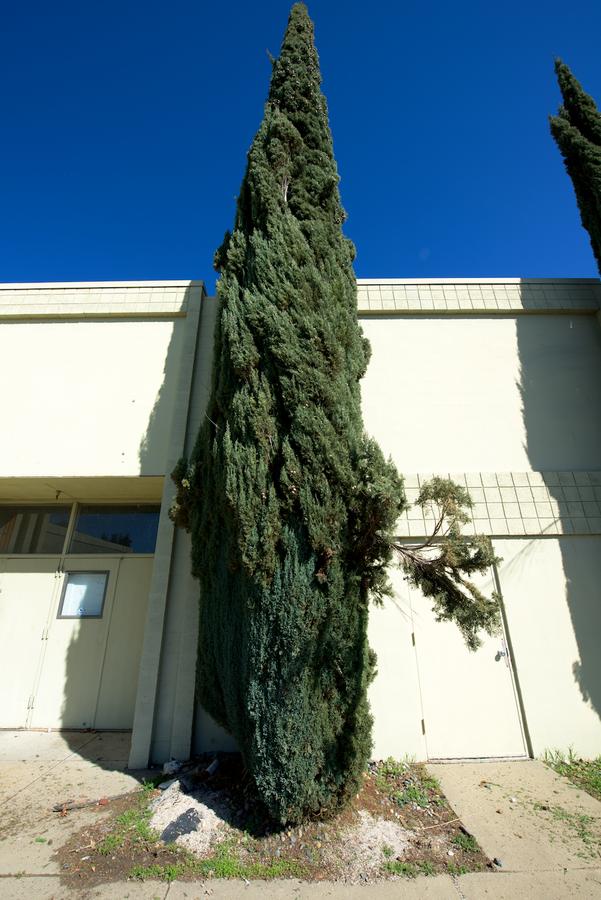 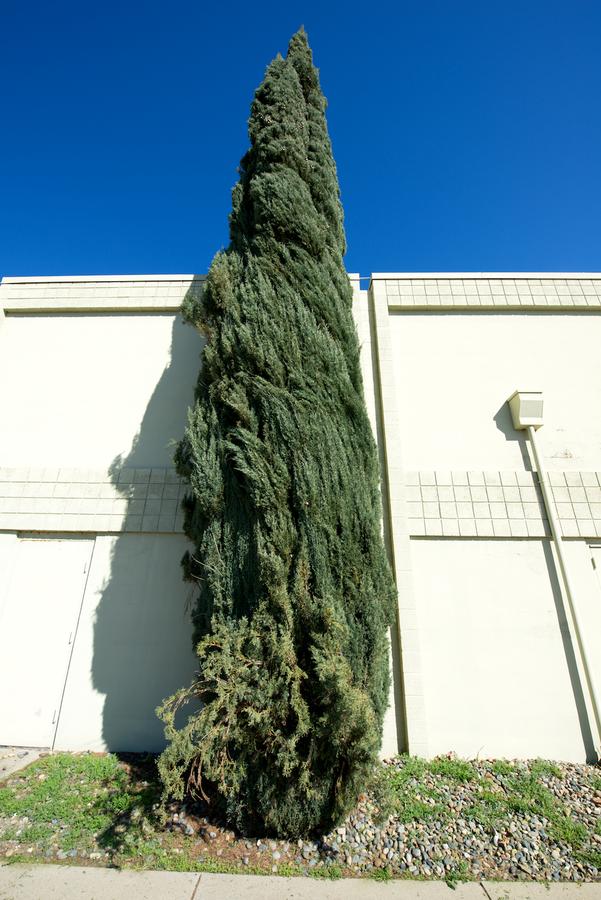 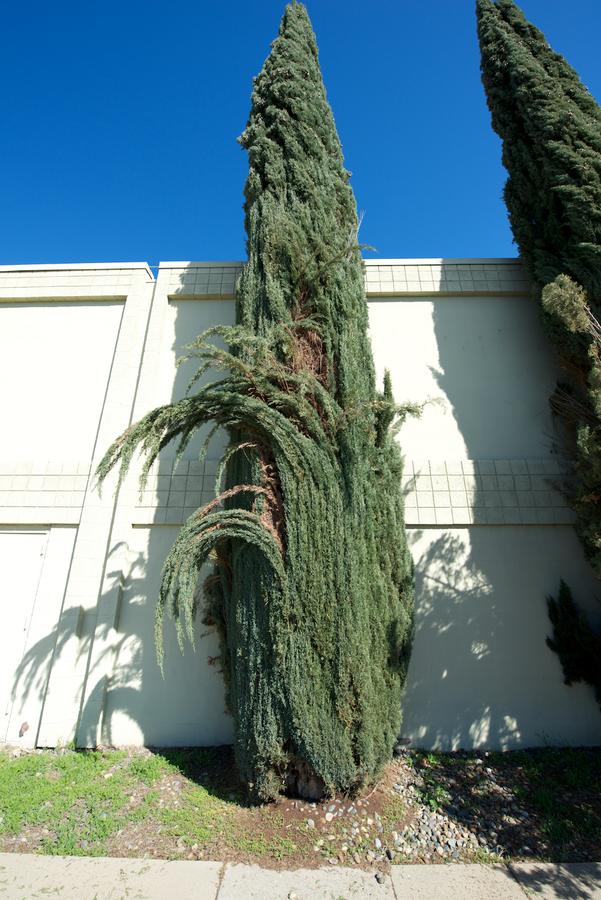 The massive parking lot free of cars gave me a unique opportunity to put my Mallchitecture hat on once again: 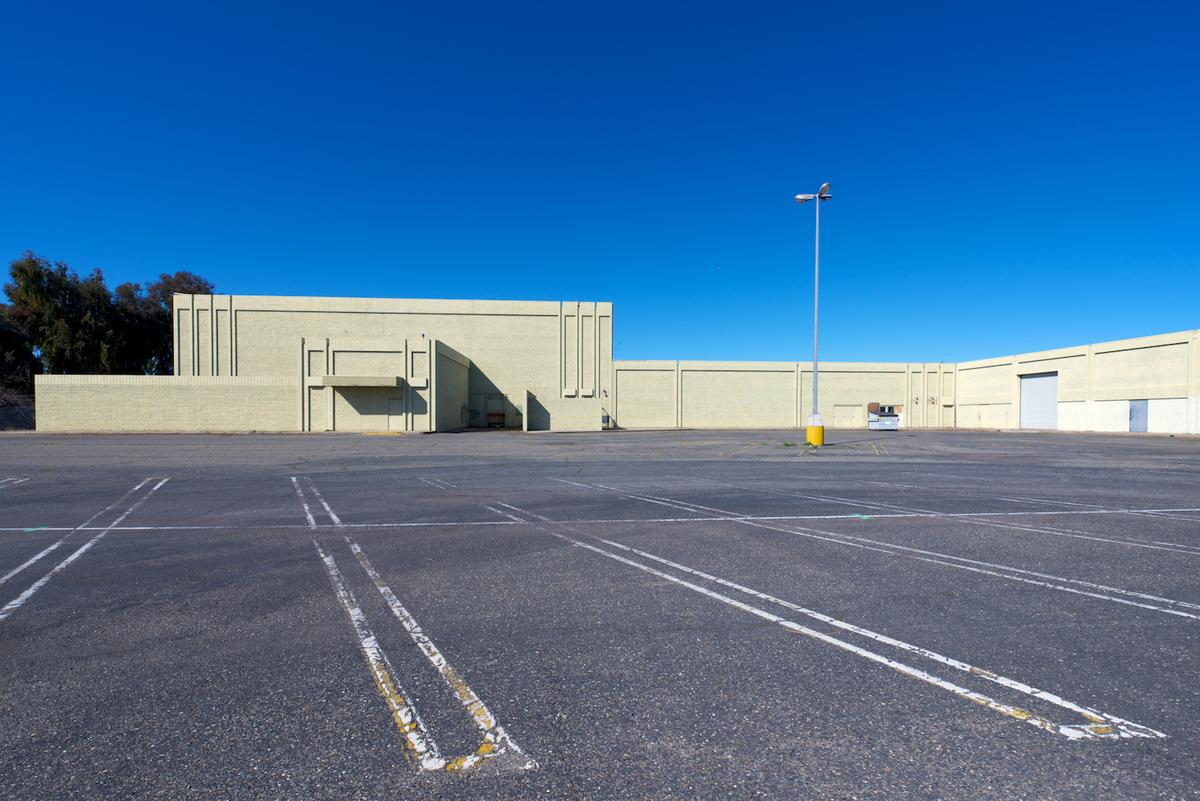 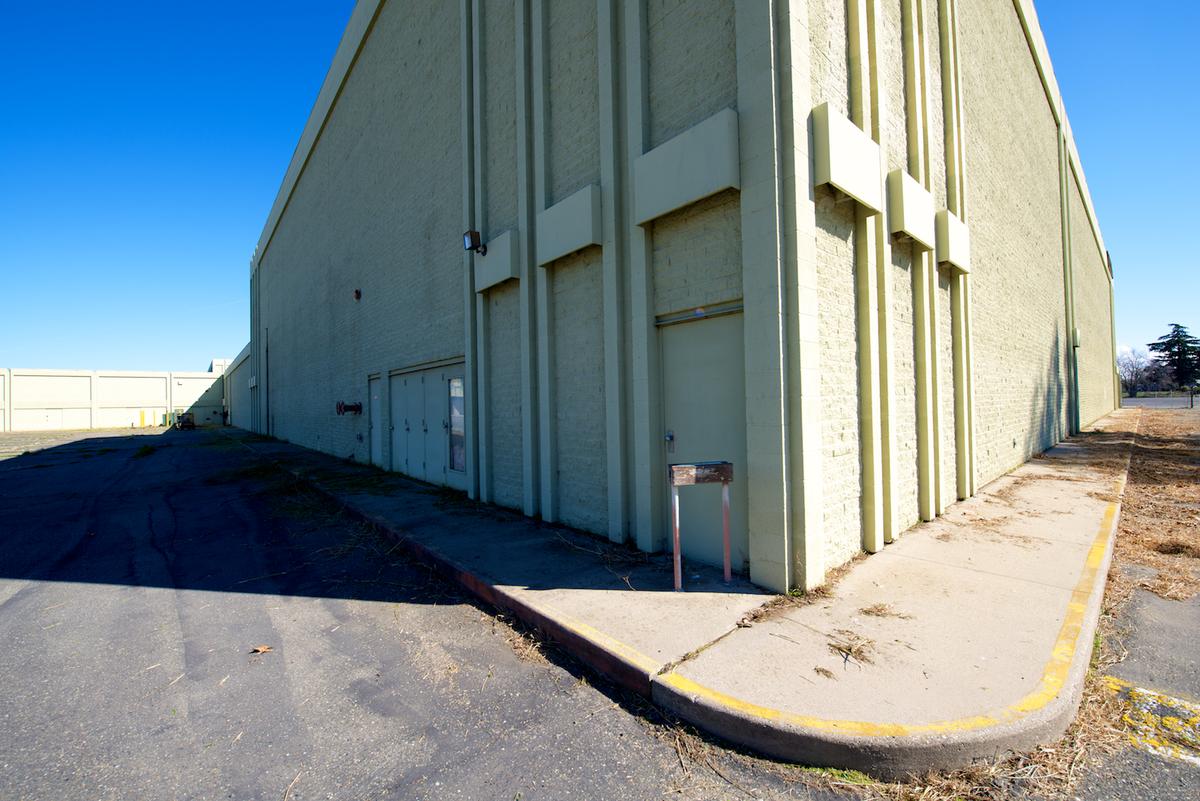 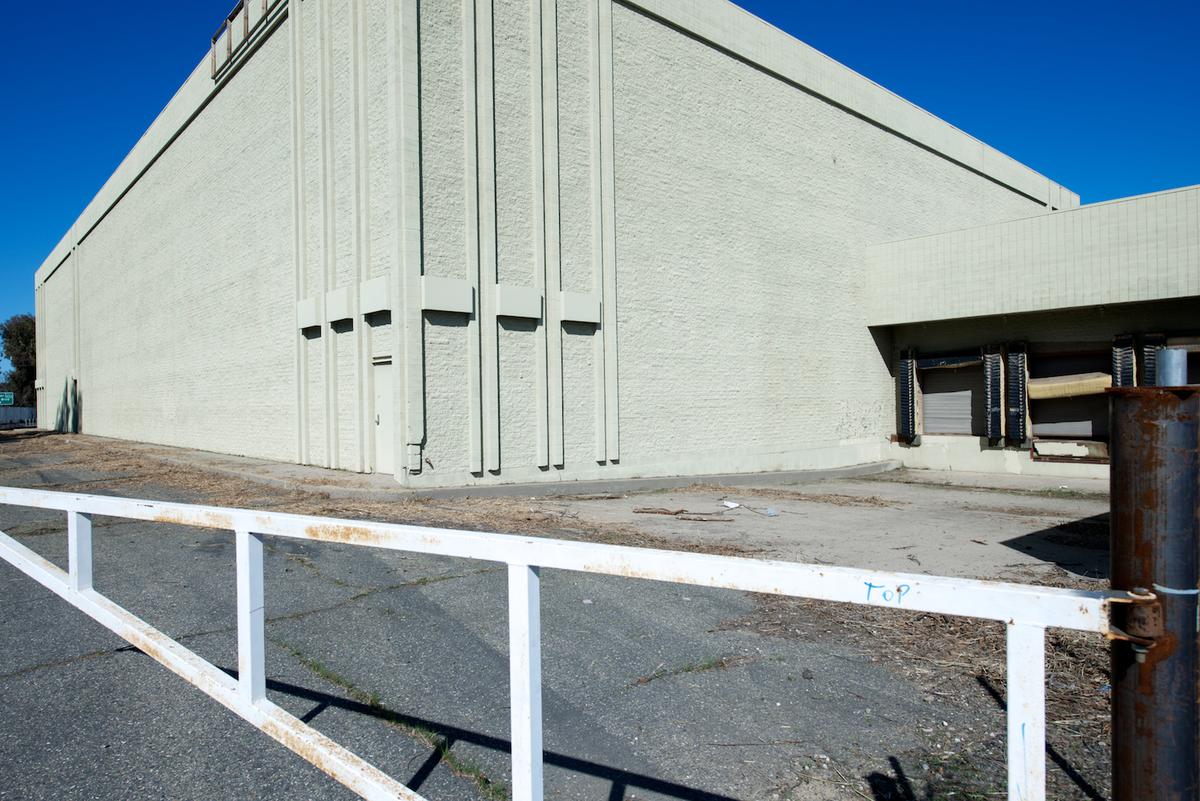 After lunch I was headed back west across the valley towards the coast where I was living in Santa Rosa. But once again, the area was so good I had to stop. 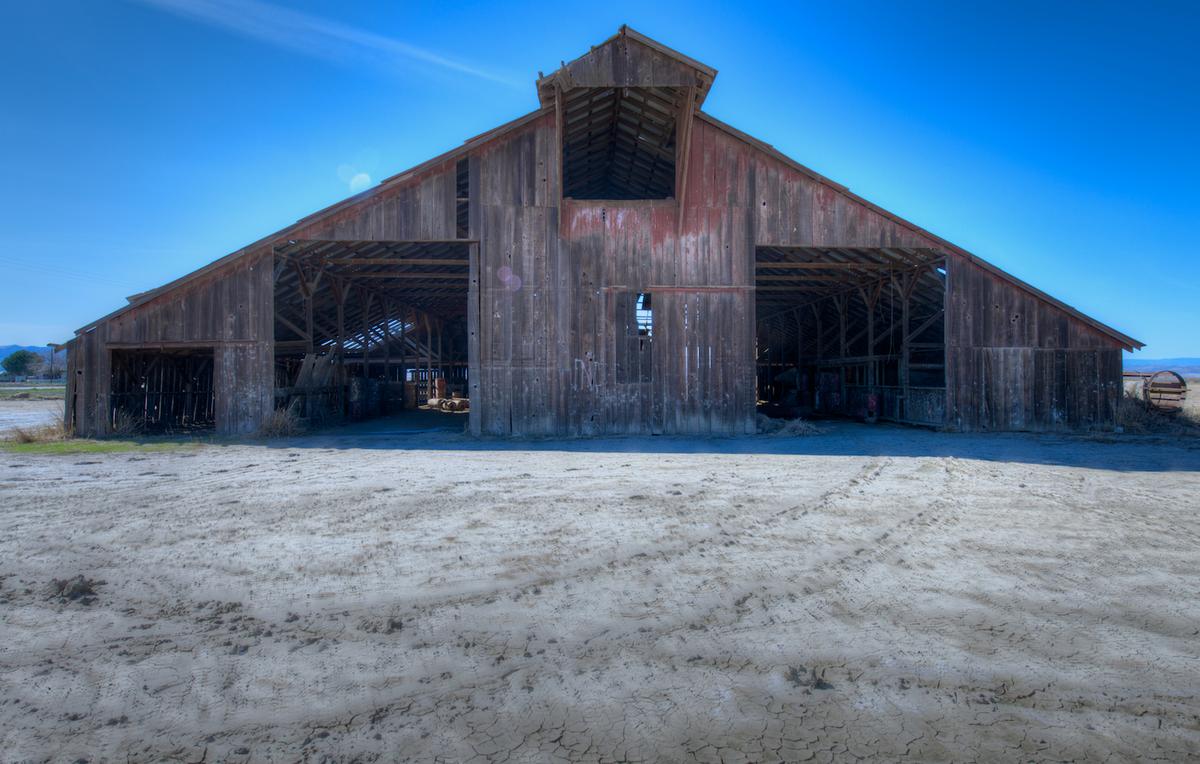 Where there was a barn, derelict and on its way out for sure, looking used and possibly unsafe, standing there proud and beautiful in its purity of form: 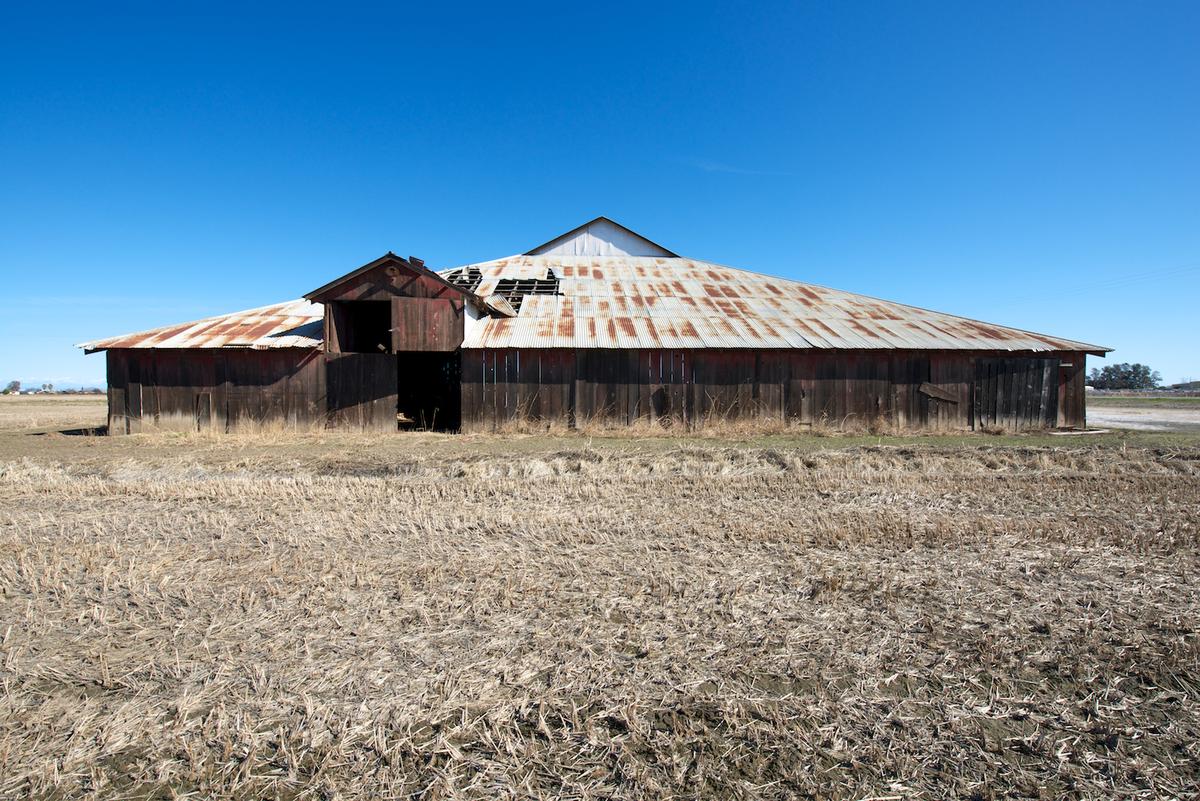 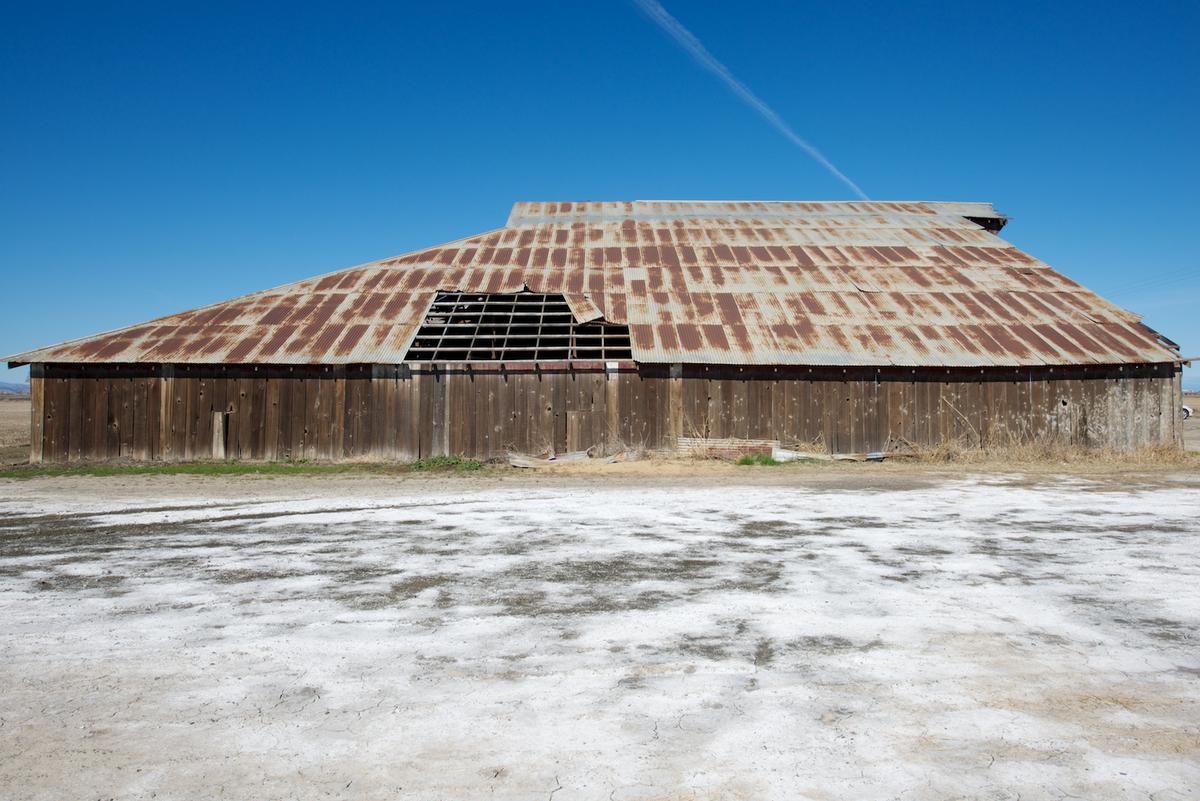 About as elegant as anything I'd ever seen. 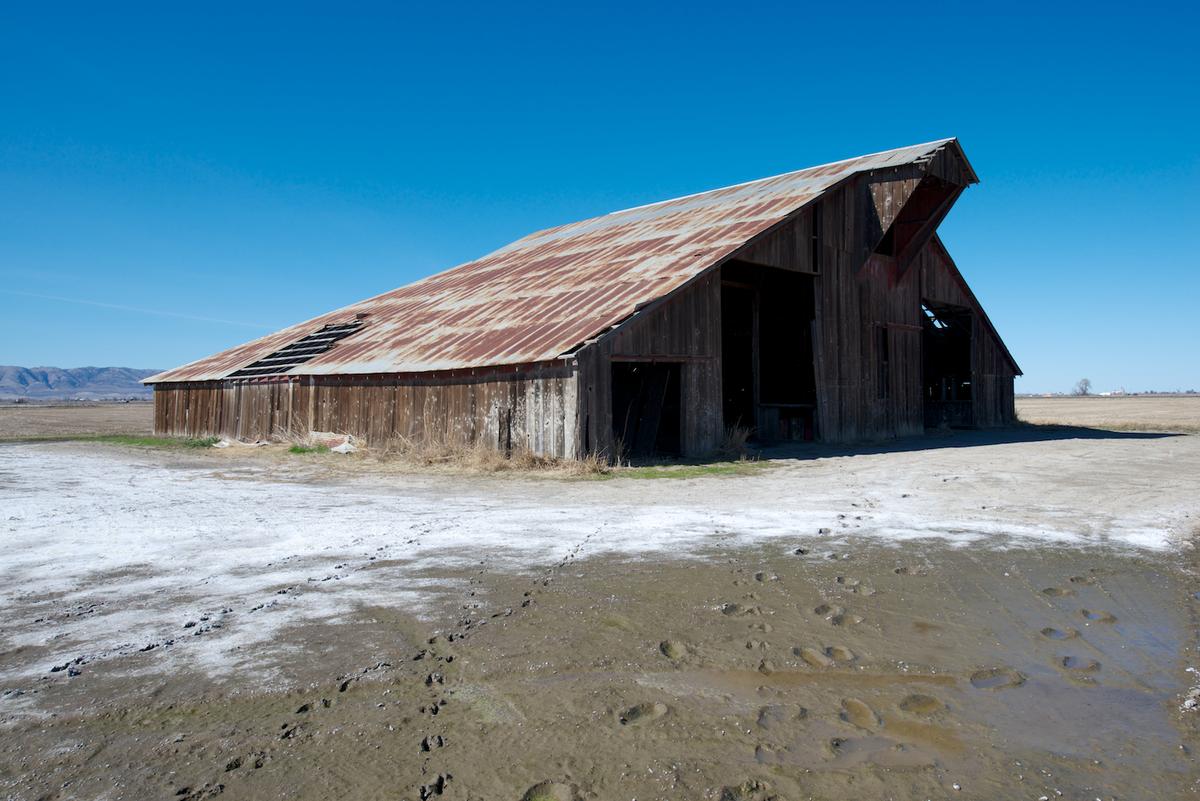 So, what I've shown you here are the bookends of the day. I wrote about the aerials I made that day here and here. It was a major day. The last thing I made a picture of on my way out of the valley and headed into the mountains to drive back to Santa Rosa was this: 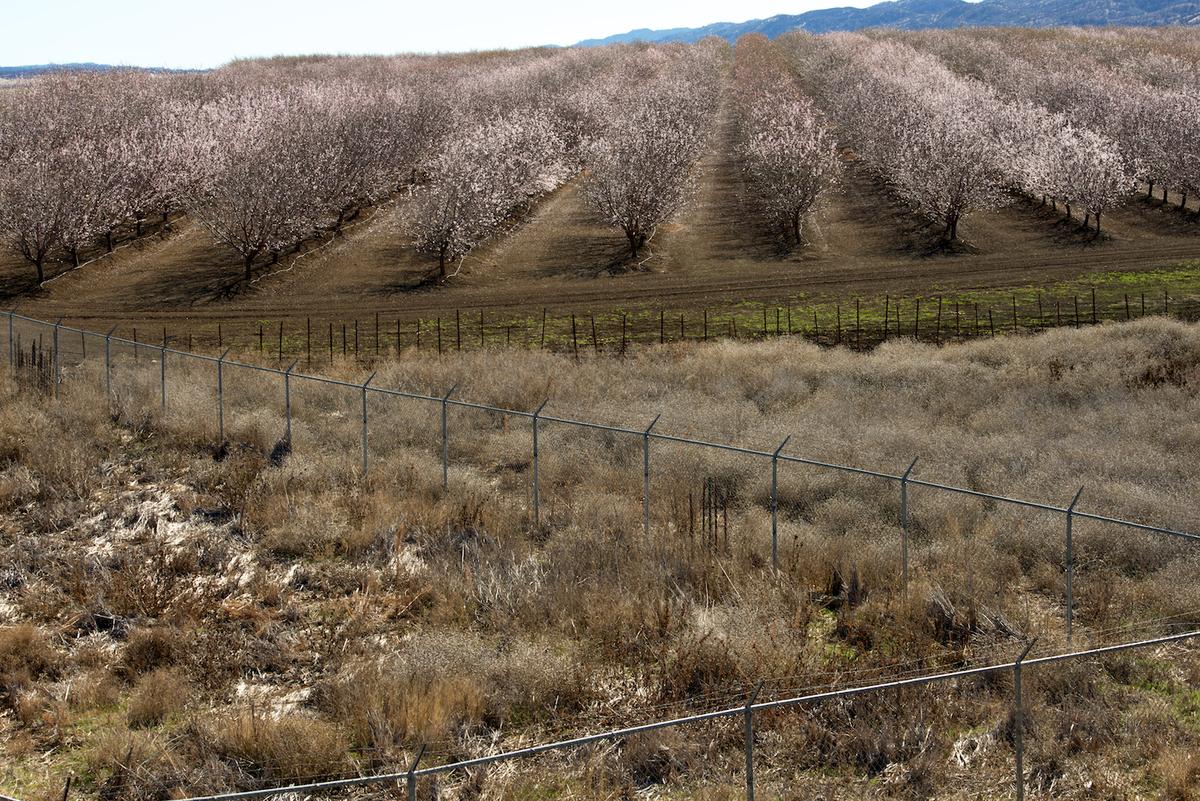 of the fruit trees in bloom. These were the same trees I'd photographed from the air a few hours earlier: 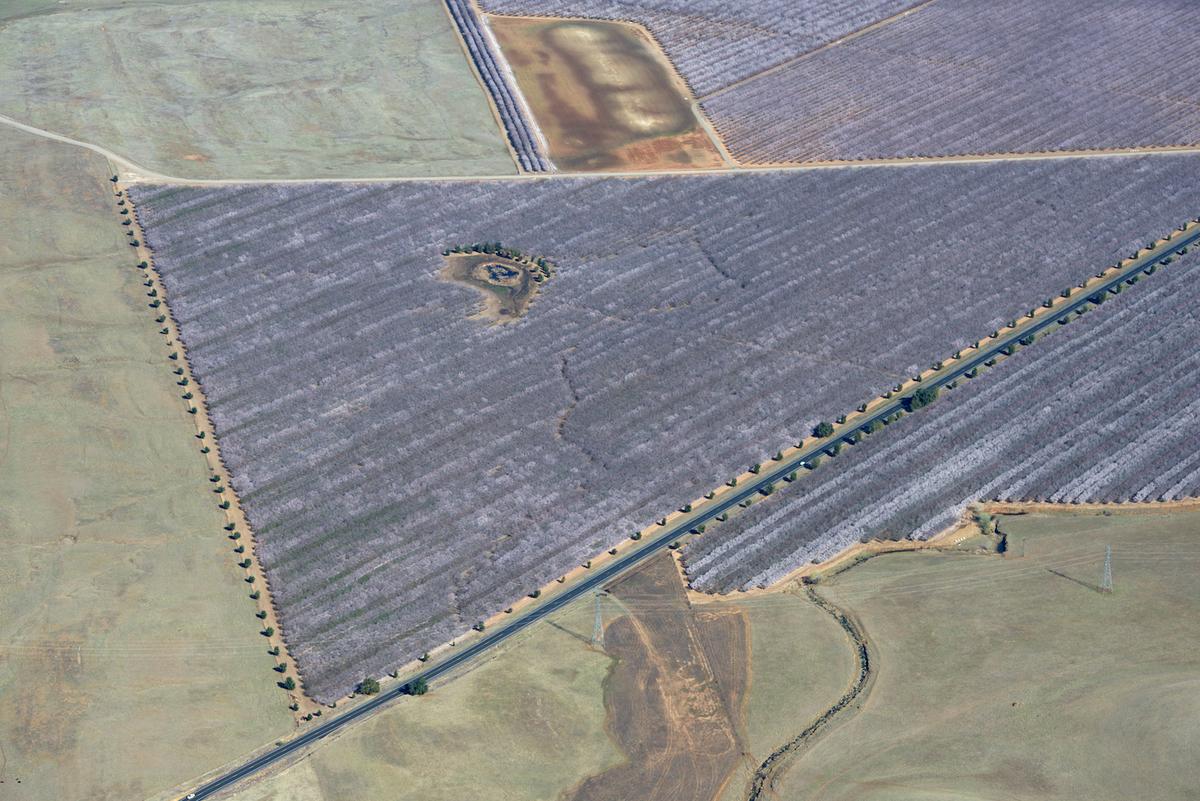