I have to come up for air sometime, right? I can't be only about working on the new Wheat pictures, made over two weeks in late June and early July. Can I?

I have been so inside this work and so consumed by it that everything else feels like it takes second seat to it.

I also have been working on its various subsets which are: wheat on the ground, wheat in the air, the other stuff I shot while out there and two days in Grand Coulee in the center of the the state.

There is now an artist statement to the Wheat work in general that also references these new aerials:

I first started photographing in the Palouse area of southeastern Washington in the mid 90’s and have been back most years since. It is my longest running project.

The work has evolved over the years, going from first black and white to color, from large format to digital, and from being based on the ground to including pictures made from the air. I have also photographed the area through the seasons.

In earlier writing about the project I referenced some of the great contemporary landscape photographers such as Robert Adams and Joe Deal, who was a good friend, and also cited Eugene Atget for the single mindedness of his intent. As a career artist I work in many different genres but this is the one that is perhaps the core vehicle of expression for my landscape work. While it has been challenging to find new approaches to this most wonderful of places, it also has been a privilege. Looking back at so much work now, I see more subtle changes from the earlier days to the present for I believe some of the basic principles in working there still apply: it is a landscape almost without scale due to few trees and little to reference size, the pictures can convey the movement of the wheat in the breeze at the same time as show the stillness and static nature of the topography, allowing photographs that convey sharpness and blur due to movement in the same image simultaneously and finally, in the more recent work since about 2000, colors, on their own, but also in relationship to each other.

I am very excited by the newest aerial work from the summer of 2014, as it represents a shift in intention with an evolved sense of the fields' function and their form where the work is perhaps its most abstract. Some of this work references the place by including a barn, a farm machine or trees, while some does not. Hence: Function and Form, the title for the new work. Function and Form constitutes a subset, which is, I hope, a powerful one, of the overall work made over the two-week shoot. 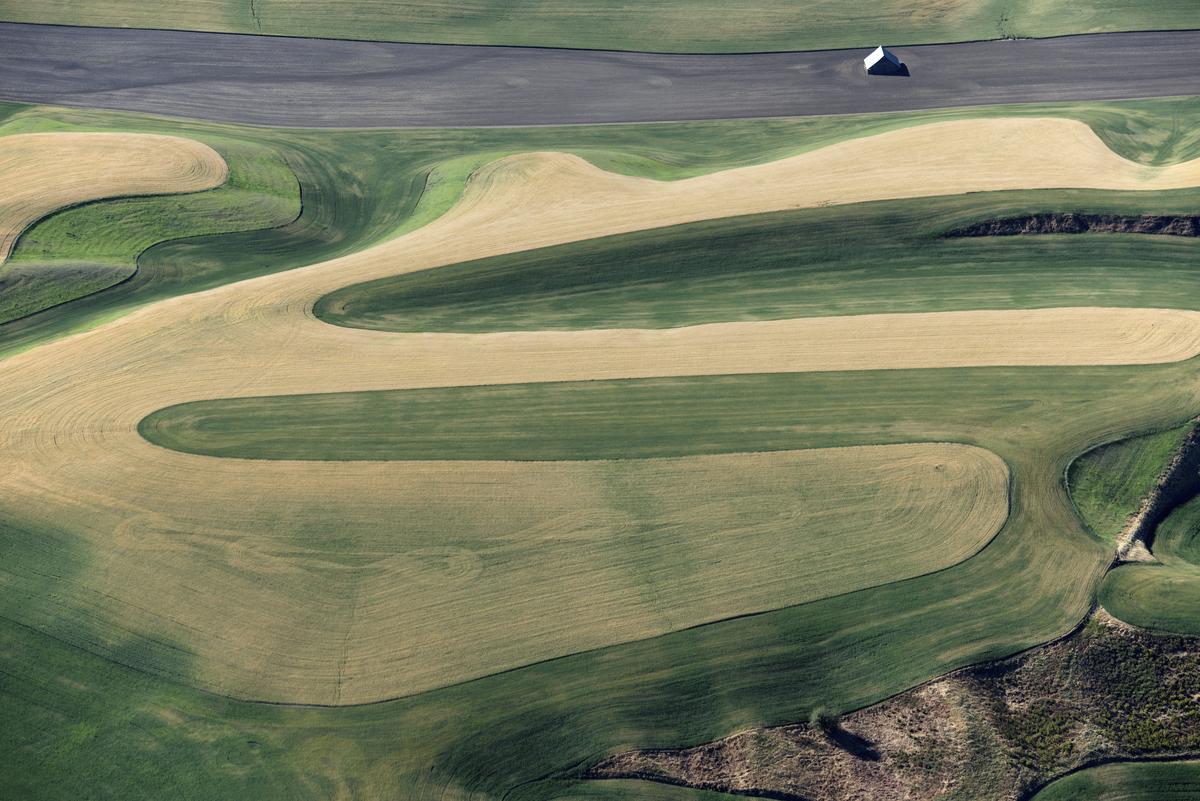 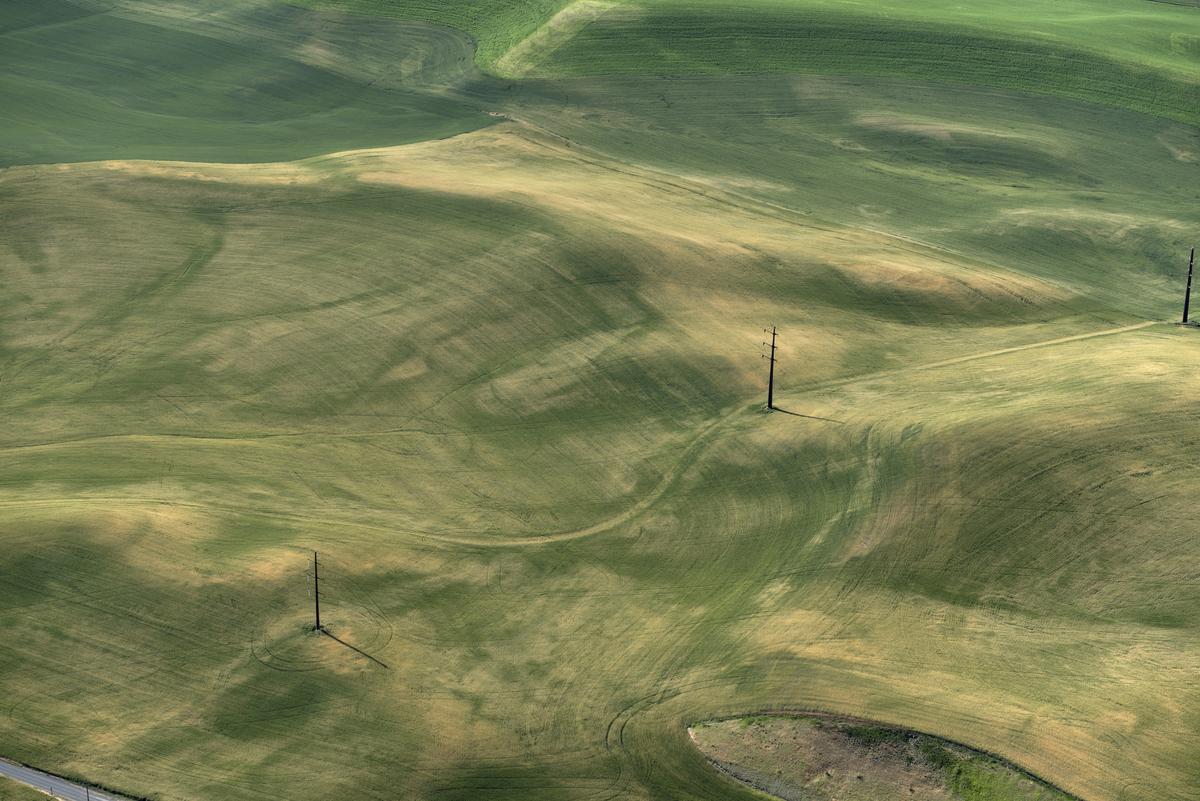 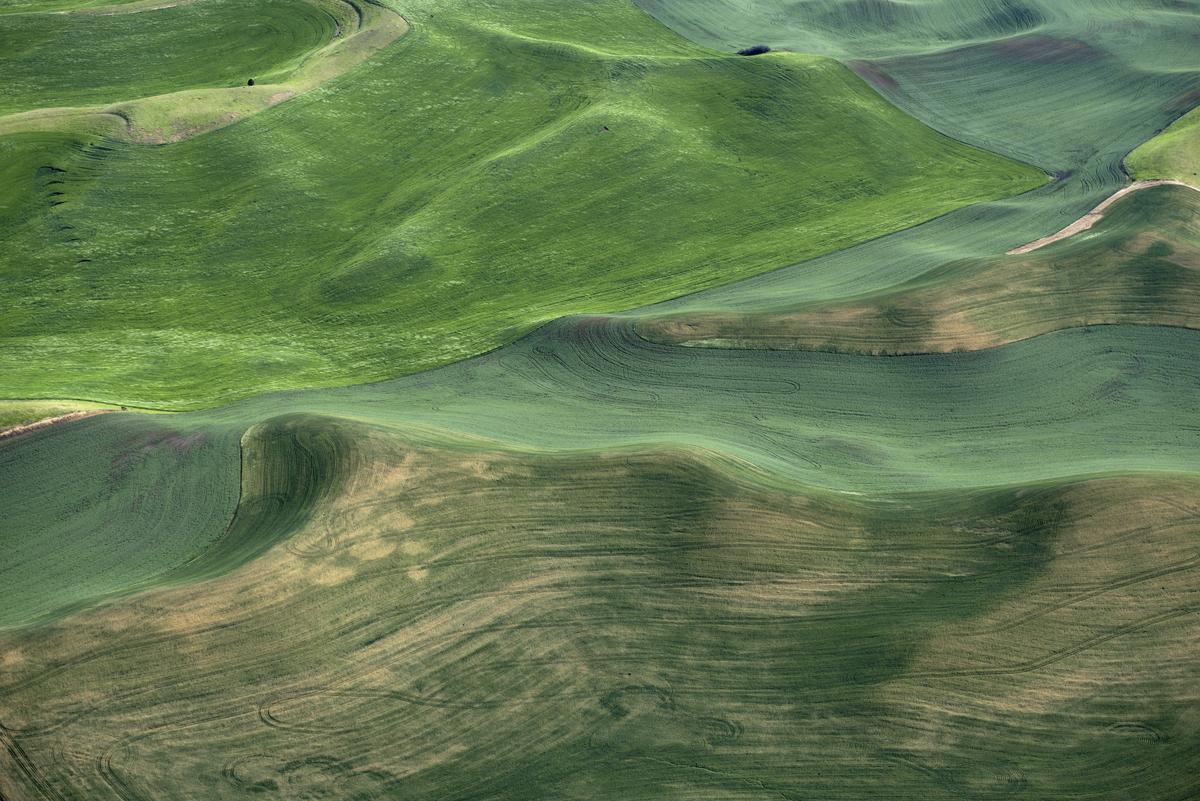 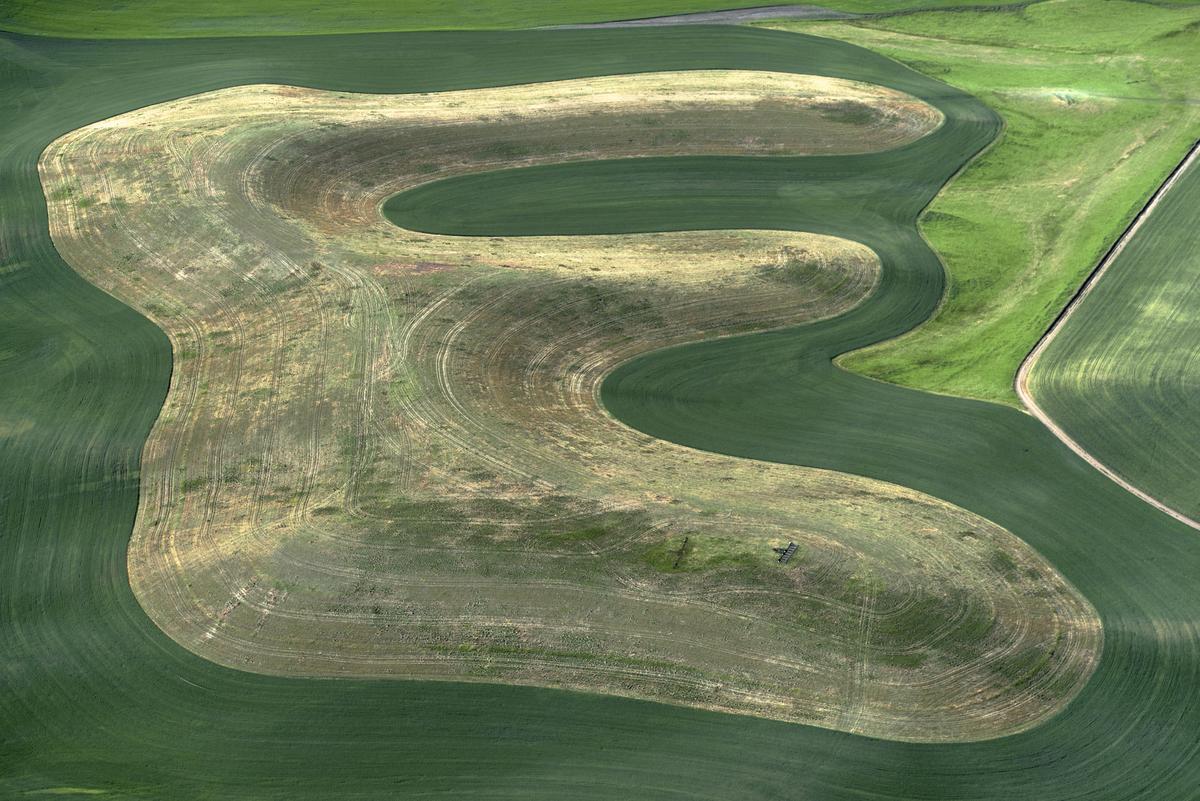 I will be posting most of American Wheat: Function and Form on the site over the next few days.

This is the third of the bodies of work from the southeastern corner of the state of Washington called "The Palouse" represented on the website. As I write this now in August, 2012 I am working on a new group from a trip made in late July.

The photographs from this 2011 trip were made in mid May, a very different time in the region. It is very early in the growing season and the crops are either just showing bright green or are still turned under from the previous winter and are bare. There are also some fields that are the stubble remaining from the previous harvest in the fall.

As usual, I stayed about a week and photographed from the air as well as on the ground.

We will post the new 2012  wheat field pictures soon.