And now for something a little different....

Most of us believe in something. Most, when pressed, think  there is something that happens after we die. Most of us have developed some sort of personal belief system. This might hook up or coincide with some organized religion and it might not.

Now I don't want to stomp on anyone's beliefs about the hereafter, the existence of a God or life ever after. But I did want to share with you something  a little more down to earth.

A few weeks ago I'm working away on some project on my computer at home and I hear a knock knock knock on my front door. I open the door and two thin and frail  senior ladies say hello and tell me that they are from Jehovah's Witnesses and would I care to support their efforts. I say no, not today. Then they say thank you and hand me a brochure.

This is what they left with me: 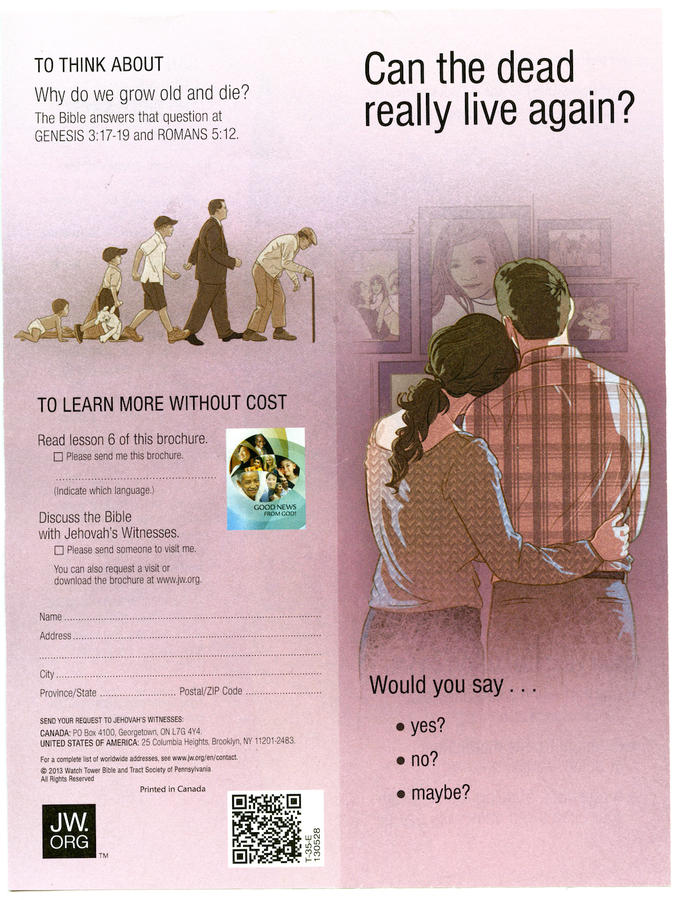 It was powerful imagery in a shade of pink.  Here's the back side of the page: 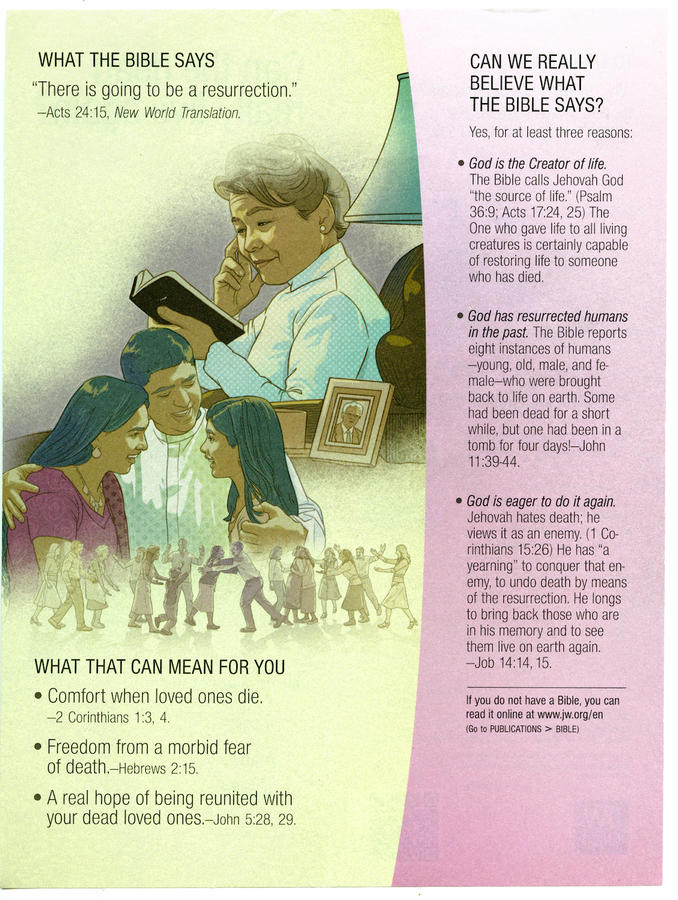 Now I'm no fan of the Bible but it says right here in print that God can restore life to someone who has died. As I said, powerful stuff. The implication seems to be that, if you live your life the right way you too could come back. Up there on the page, the drawing  of the woman, she is reading the Bible and seems to be really liking it. The image looks like she is comforted by its words.

Wait a minute? You came for a photo blog and you're reading about Jehovah's Witnesses and something about a brochure they hand out? I know. I guess I can't resist critiquing the imagery, this coming from a career critiquing student work.

One tier bellow the woman with the Bible is presumably a family and the adults  seem to be congratulating or welcoming their daughter, perhaps into the church(?).

It's not clear though, at least to me, as the man looks like he could be a preacher of some sort. The next one down is the one that gets me. The image below appears to be a group dancing or maybe they are rejoicing. Is this an image of someone coming into the house of God? Being welcomed in? I think so. Maybe they've seen the light or have converted to what, Christianity?

The web designer of my web site, John Kramer, will look at this brochure and cringe. These look like 1950's era graphics to me. Pink and light yellow colors. I wonder if this is a modern interpretation or just a design that's been used for years and reprinted as needed.

It is fascinating though. Okay. I'll get back to photography in the next post, I promise.