So, going back last summer to photograph at Peddocks did I know if things had changed or if there was more to do? No. But I did know that there were bunkers and gun emplacements on the back side of the island that, if the growth around them was cleared, might be good to at least see. "Little did I know"* 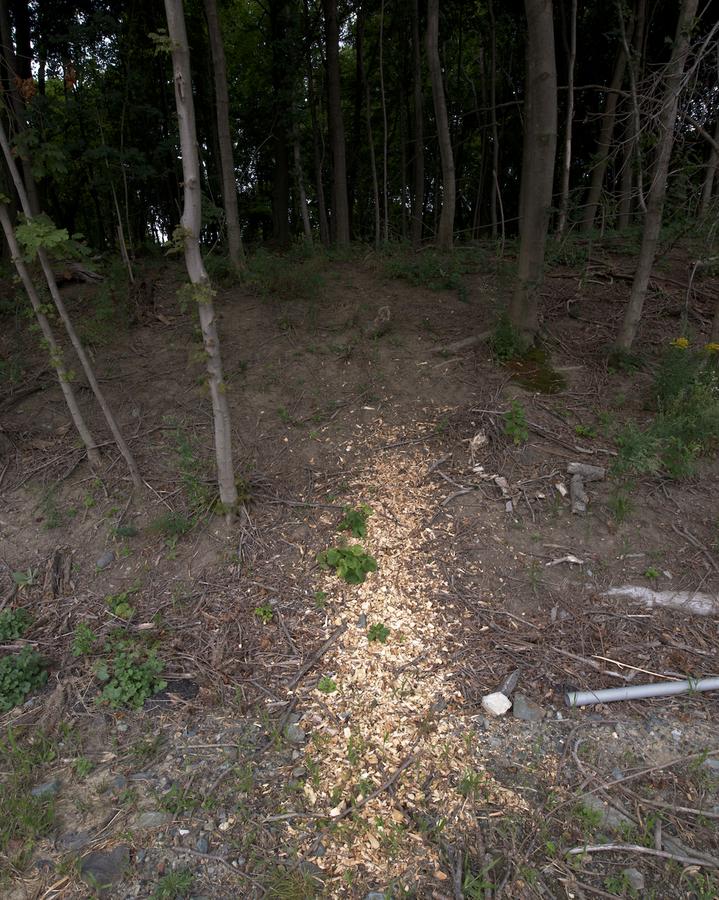 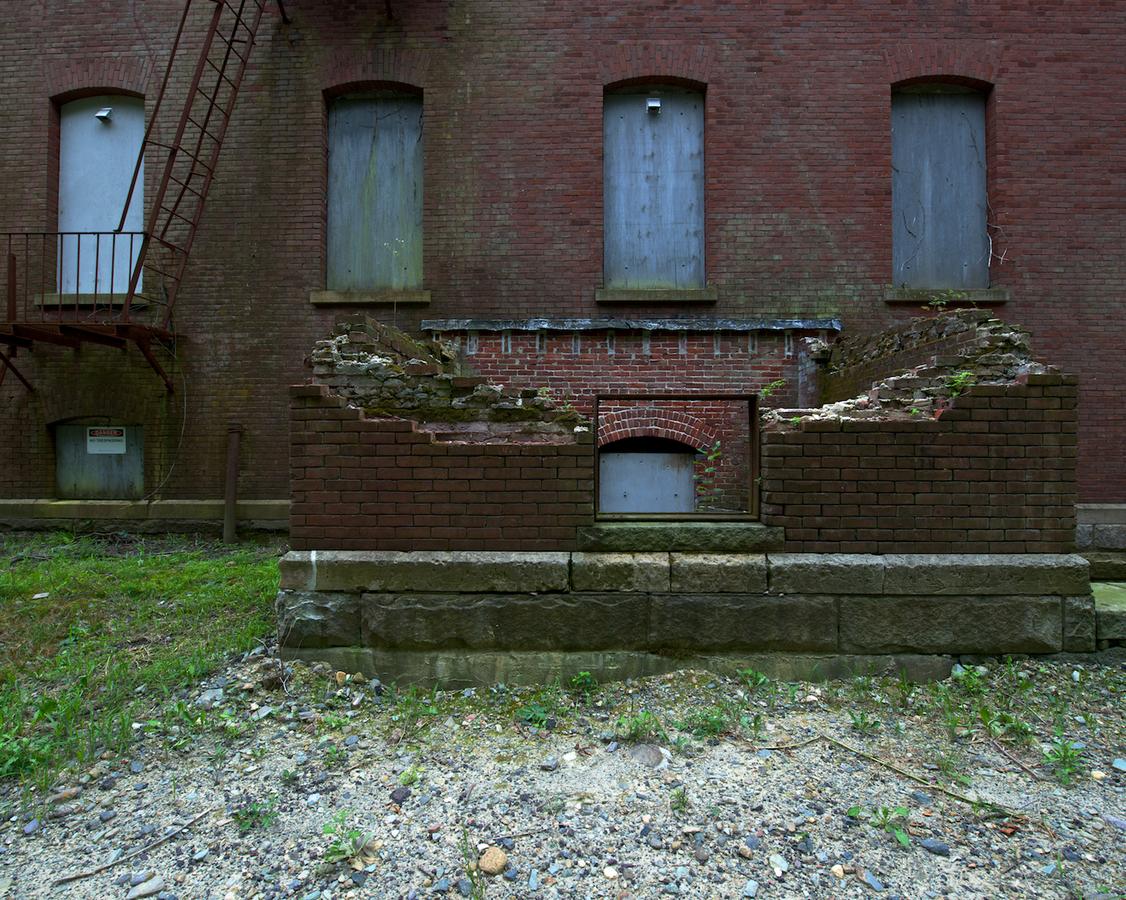 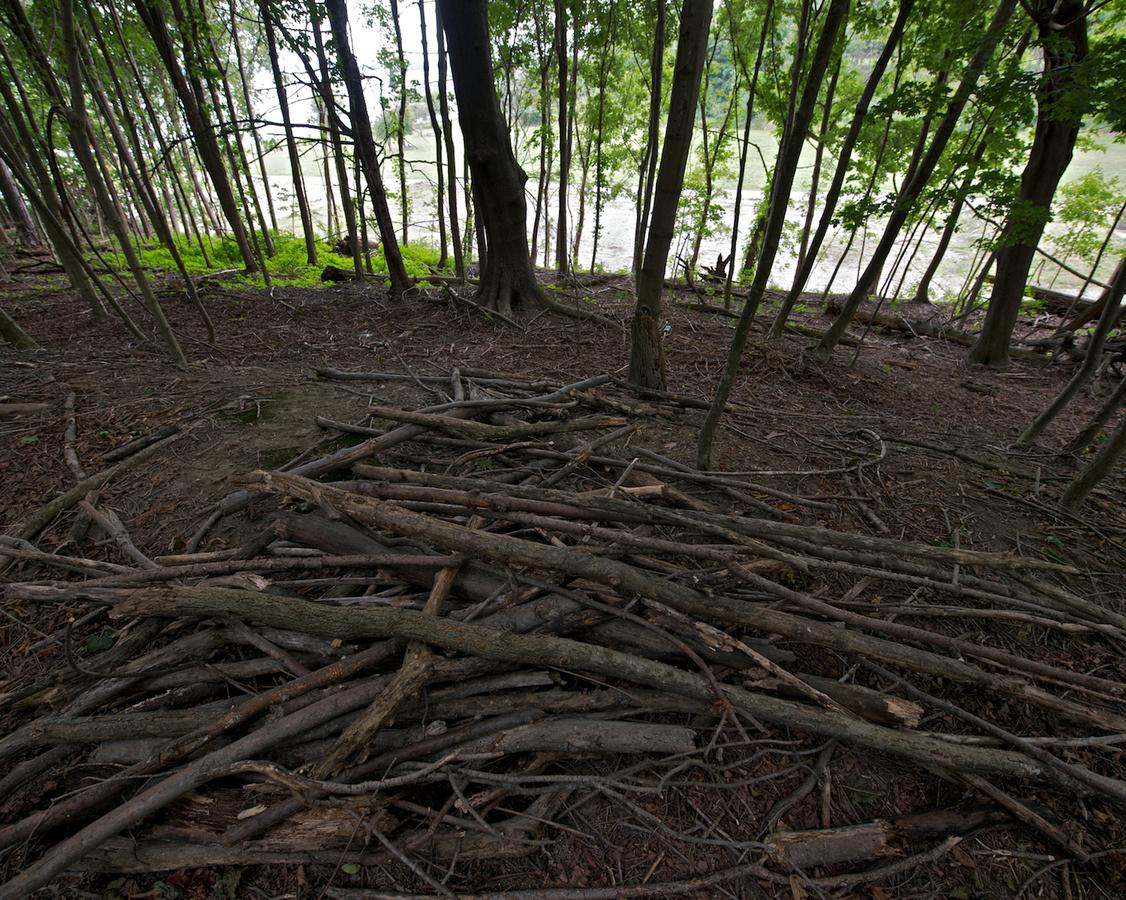 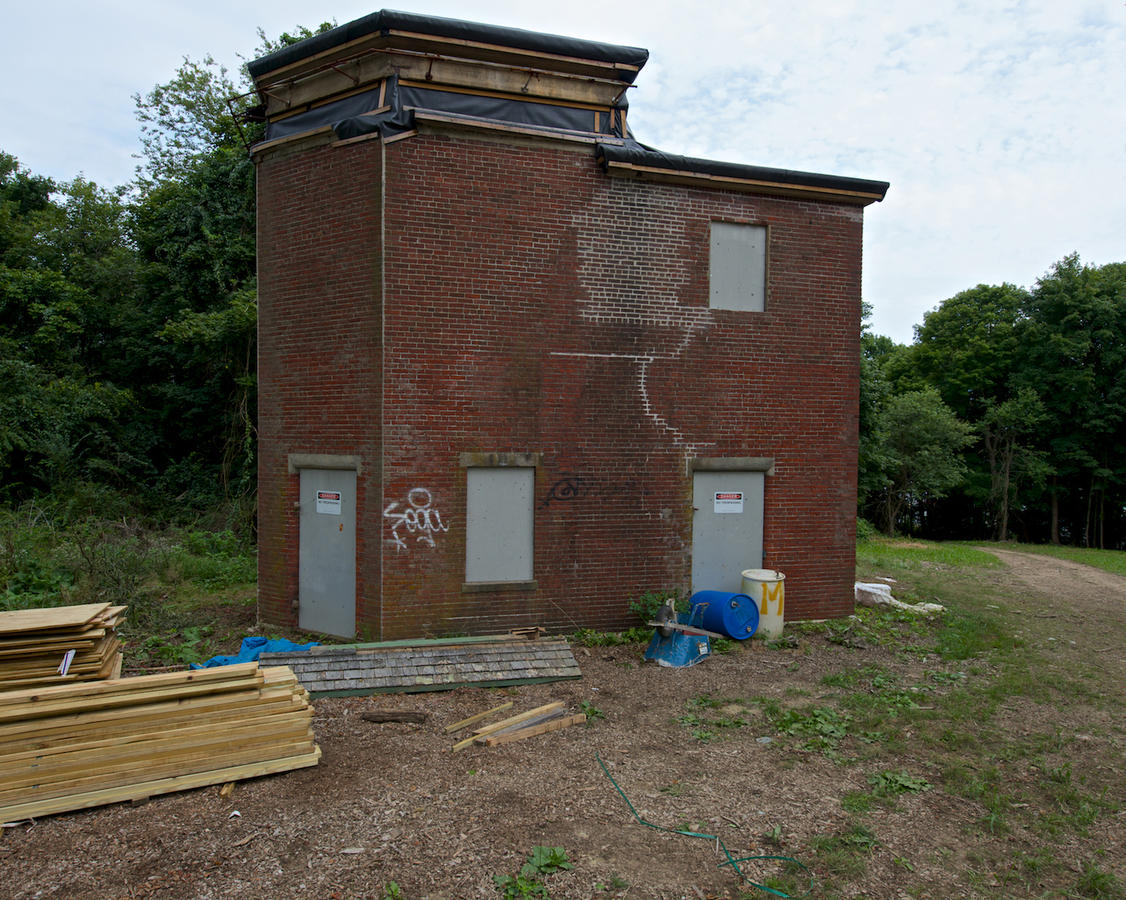 that a whole new area had been opened up to reveal some wonderful things and opportunities for more pictures. Peddocks had been built up to serve as protection for Boston Harbor with batteries of gun emplacements. By going into this newly cleared area Peddocks gave me yet another discovery. 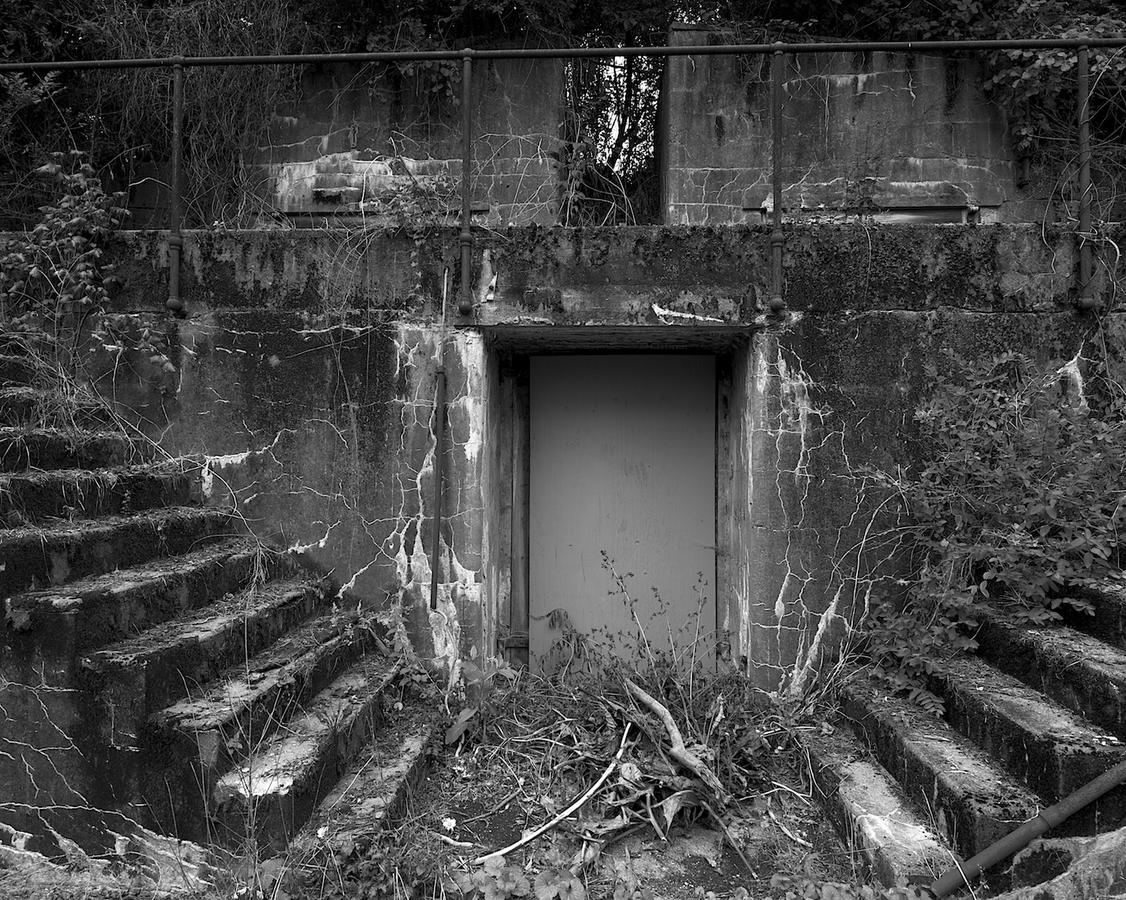 Yes, you've seen this before under "Hits 2012" in the blog but I couldn't resist. And, below, the armory where the munitions were stored: 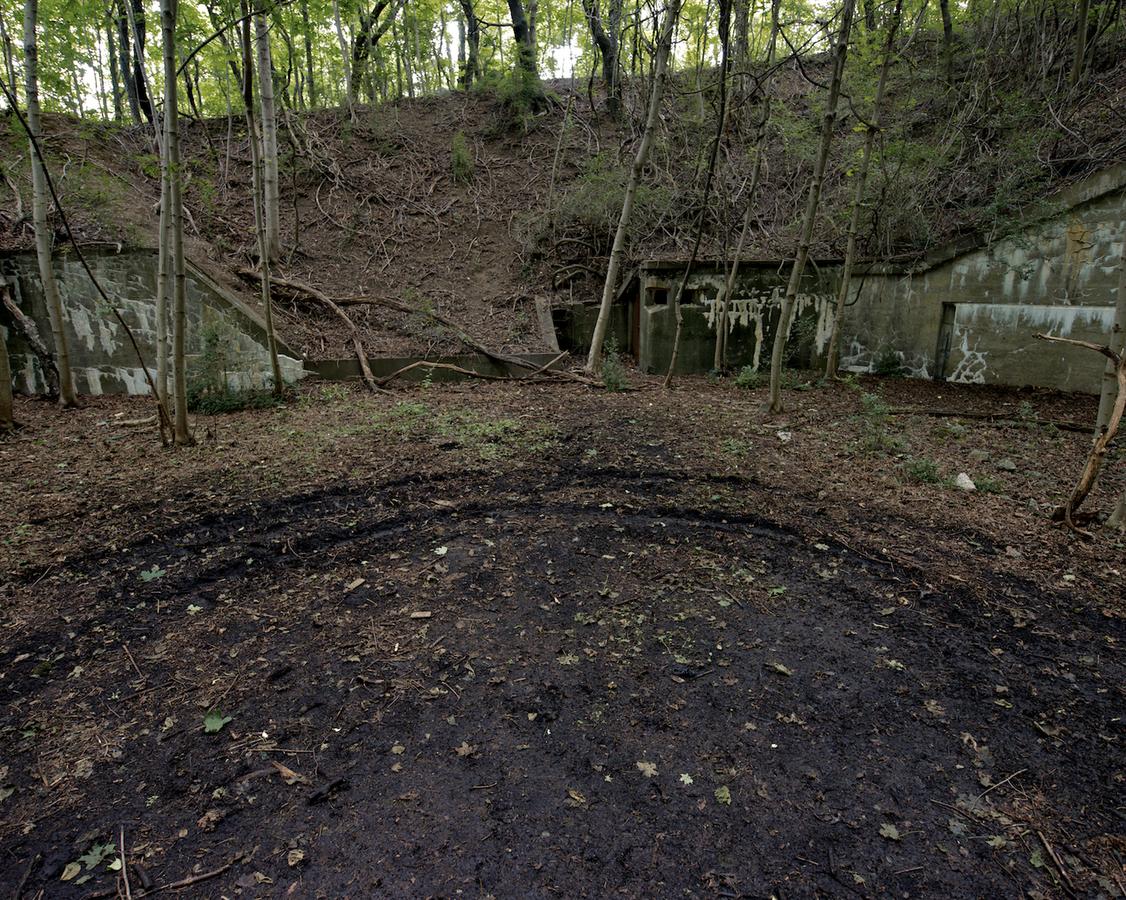 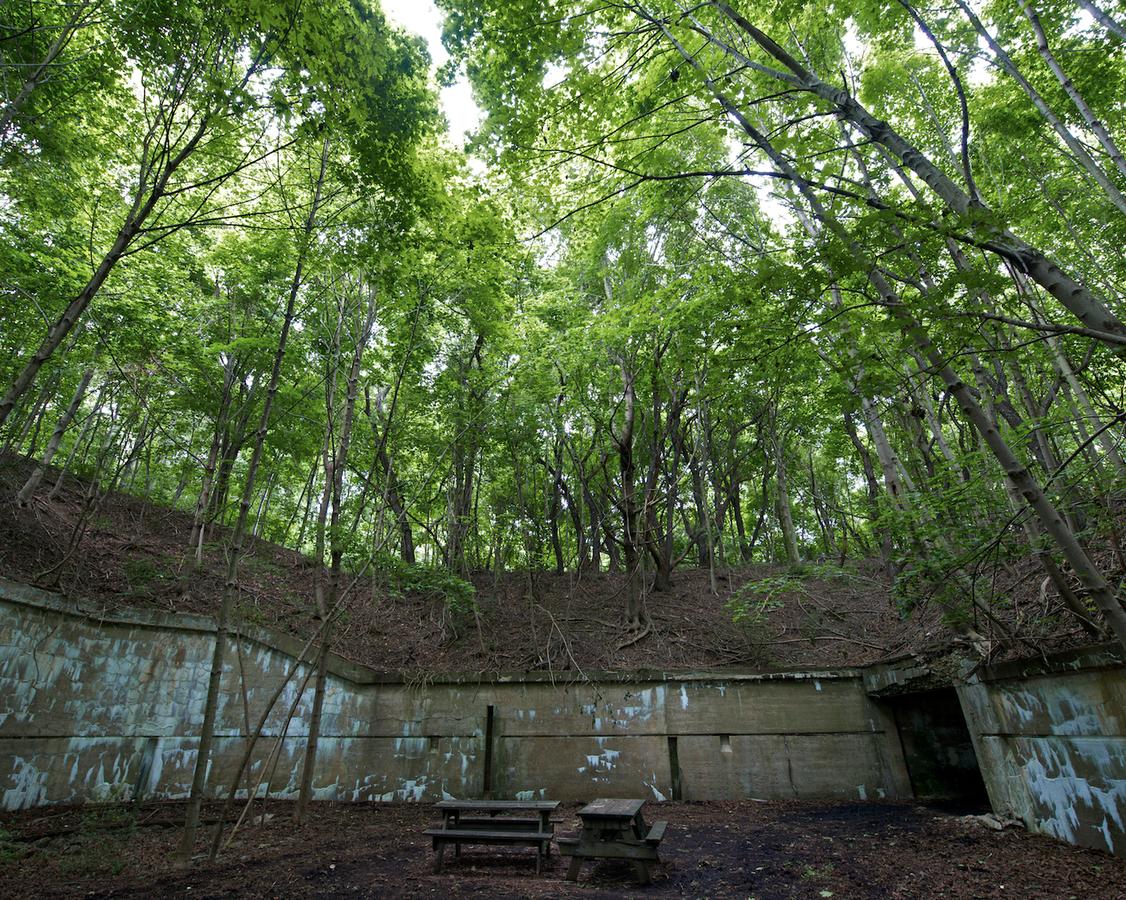 circular in shape, dark under a thick canopy of trees. And, finally, a few of the edge between cleared and uncleared, as dense as any  jungle: 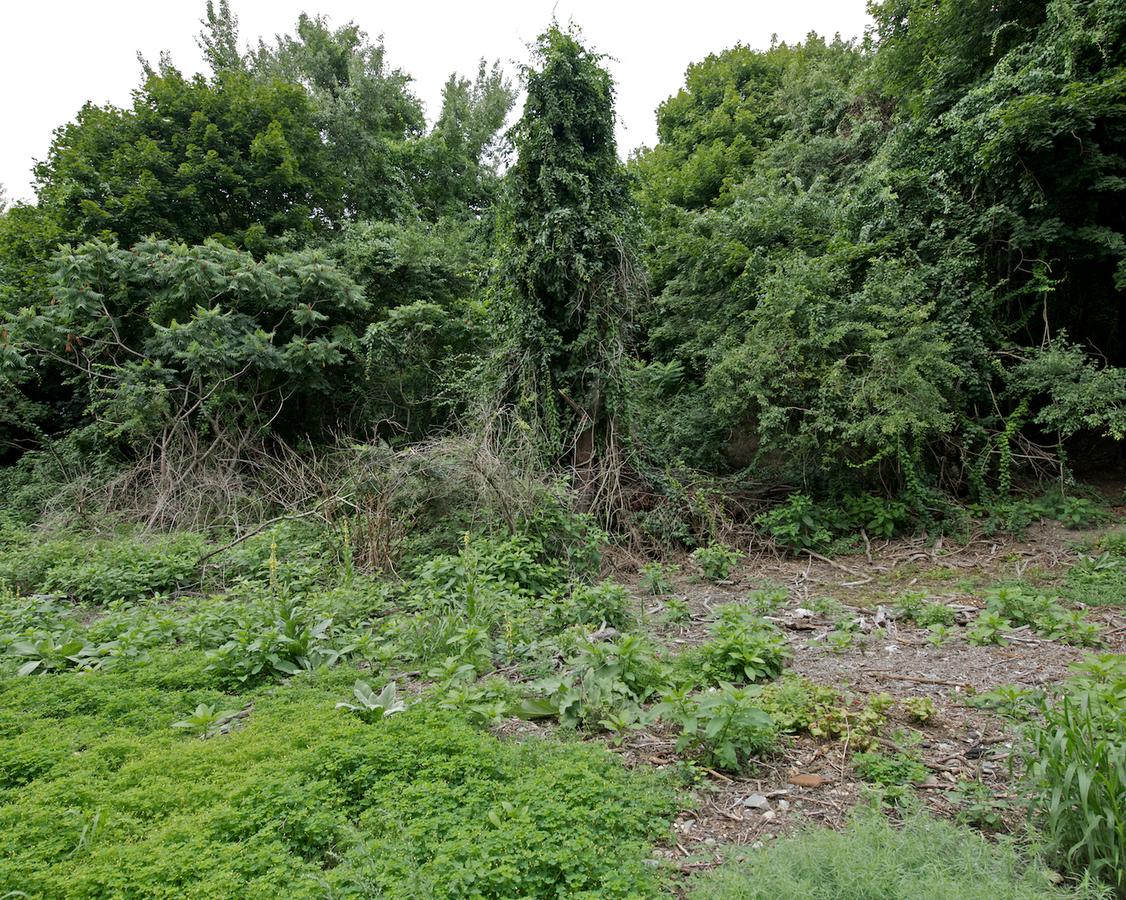 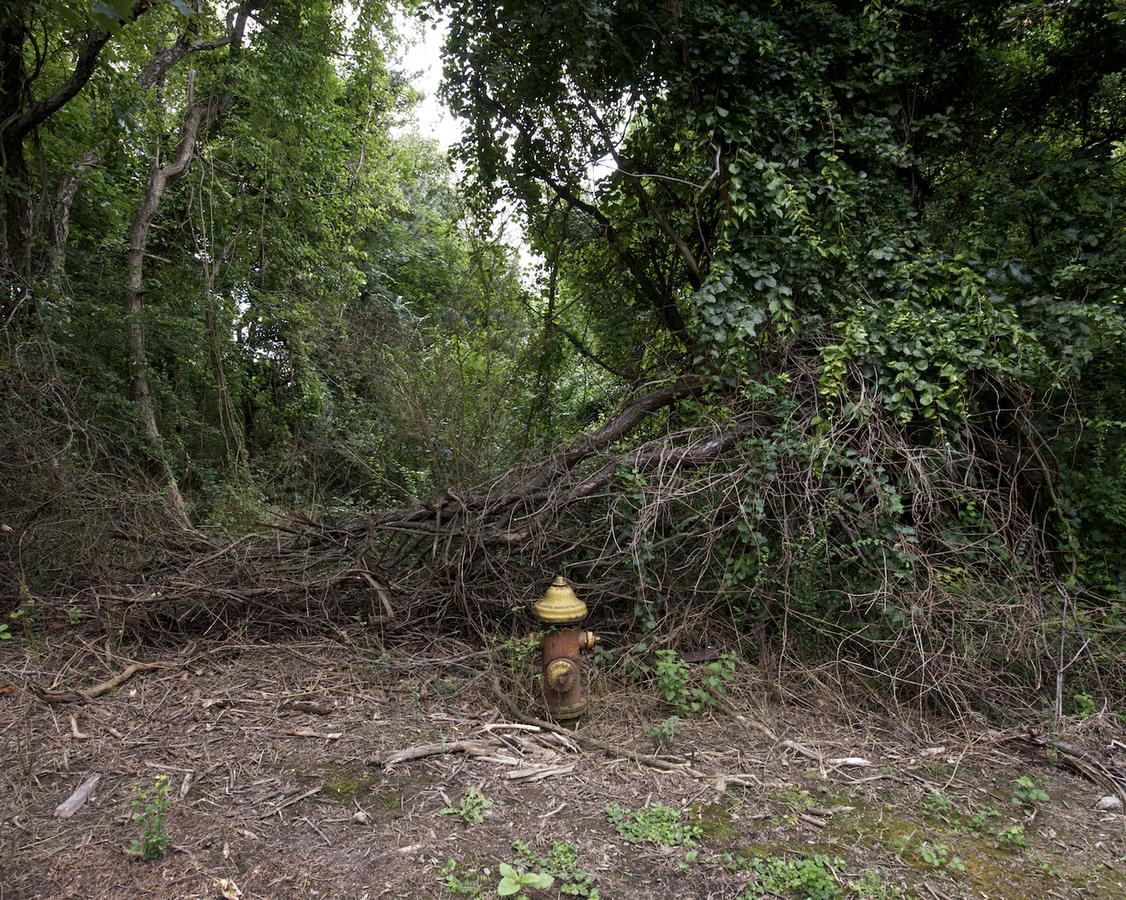 Notice anything unusual about this last set of pictures? I am definitely now (in late 2012) working with color differently. Some in this series, as in the last two images here, combine black and white, color and some monochrome tailoring to get the picture to reside in the emotional tone, meaning color palette, I want for the photographs. I am no longer so interested in keeping distinct barriers or categories of pictures, as in "color " or "black and white" series. This series is the second where I've been working against those older norms, take a look at ˙Sconset, for instance, or for two that take a more radical  approach:  Grain Silo or Salton Sea.

So here we are, at the end of another analysis or breakdown of some work by the photographer Neal Rantoul, meaning me. Once again, my take and interpretation on this work are not the only one and you will, no doubt, bring your own to the conversation. But please, two things: if you are enjoying the blog please spread the word and ask people to go ahead and subscribe via email. It's easy and helps me to understand who my readers are. But also, please think of what we are doing here as just that, a conversation. That means sending me your comments. I will start to include relevant comments from readers like you soon. Best way to do that is to email me your comments. There is a heading for this right along the blog on the right.

Thank you for taking the time to read this series of four posts.

* "Little did I know" is a quote taken from the movie: Stranger than Fiction with Will Ferrell and Maggie Gyllenhall. It is a phrarse that lies at the core of the movie.