Why such a strong connection to the island ? I thought you'd never ask. I am going to answer that over the next four posts but first a short island history.

Peddocks Island is the largest of a chain of islands in Boston Harbor.

Principally used for farming since the early 17th century, Peddocks Island has also served military purposes. During the American Revolutionary War, over 600 militiamen were stationed on the island. In 1904, Fort Andrews was built on the island, and it served as an active harbor defense fort until the end of World War II. As of 2008, 26 of the original buildings of Fort Andrews were still standing, although most of them were in decrepit shape and were closed to the public for safety reasons.

When I first photographed there in 2005 most of the buildings were sill standing, although they were run down, vandalized and partly boarded up. 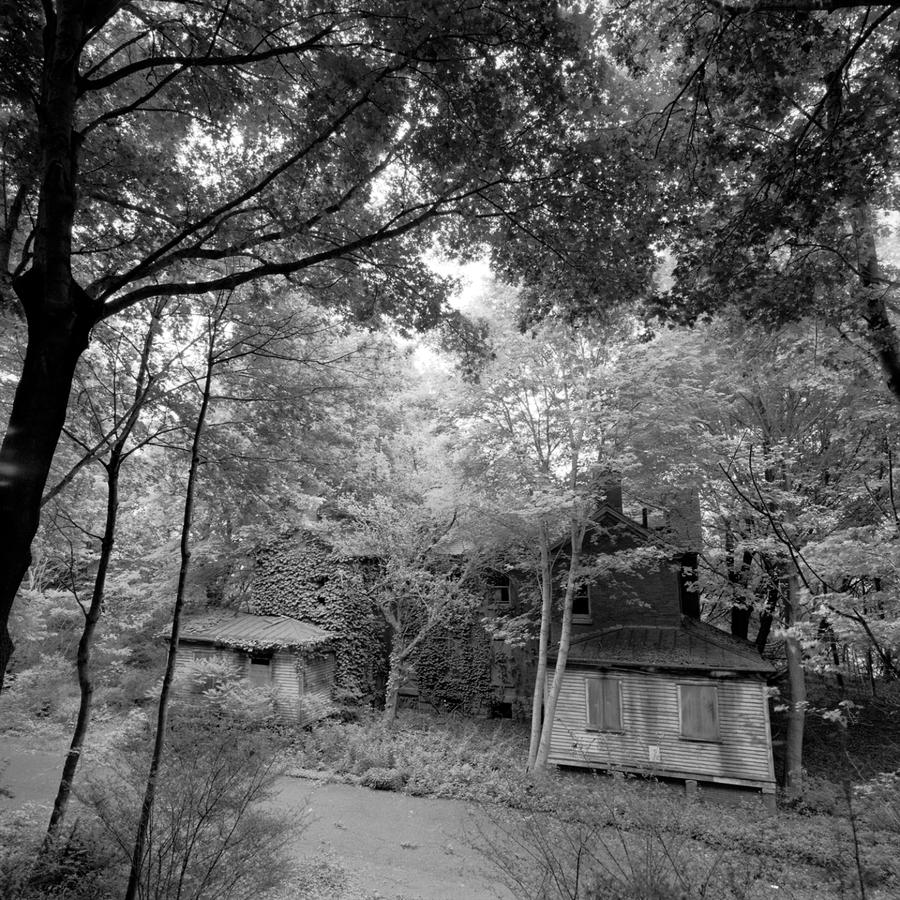 As the original Peddocks Island pictures have been shown and published frequently, I have written about the work several times and in different ways. One was to write a fact based fiction story about how an unnamed photographer made the pictures and what was going on in his head when working on the project.

He decided he would go back to Peddocks Island to photograph.

He'd been there once with a friend while kayaking and

had thought then that it would be good to return with a camera.

This time he went prepared, knowing that on this gray

old buildings were. He drove out of Boston down to the south

shore where there was a high school and windmill at the

point. There he loaded his kayak with his camera and a tripod

and paddled across the channel with little boat traffic on this

early summer day in the middle of the week. When he

reached the island, he pulled his boat up and changed back to

his sneakers, loaded his camera and set off to photograph.

The light was perfect, smooth and even and flat. He worked

for the next few hours, concerned that he might get caught

with his expensive camera in the rain. But the rain held off

another time, the early 1900's. He was struck by how different

it was to photograph here in comparison to where he'd been

shooting earlier in the year after a snowstorm at the new

All color and reflective metal with curved forms and whimsical spaces. 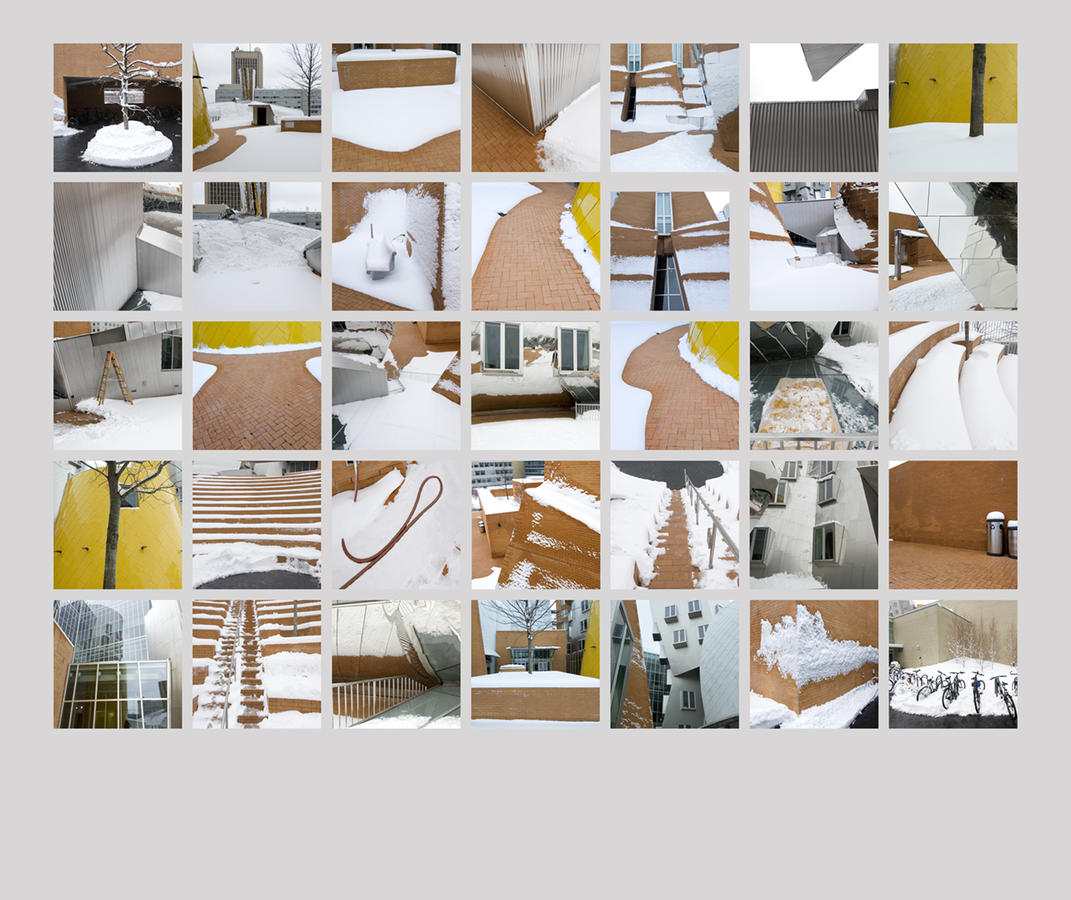 These buildings he photographed now, with their broken down

porches and their busted out windows, were brick and wood,

right angled, Victorian and upright, not a curve in them.

Having been brought up in New England, he felt he knew

these forms. Being at Peddocks that day wasn't so much

scary as it was solitary, perhaps the way he liked to work best,

comfortable inside the intensity and single mindedness of

photographing to really capture the place over several rolls of

film. He finished and went back to the landing where his

kayak was, and found he was reluctant to leave.

oddly powerful. He ate his sandwich at a picnic table overlooking

the harbor and then shot two more rolls in color film

instead of black and white, in brighter light, of a different subject

and in a different frame of mind. Then he packed up his

boat, and while paddling back across the channel to his car

and the mainland, it started to rain. He was often very lucky

The STATA Center and Peddocks Island pictures were shown as large grids at a Northeastern University Faculty Show in 2008 with the quoted piece above hung between them on the wall.

In Peddocks #2 I will write about what has happened to the island since I made the    first series and will show some of the new pictures. Stay tuned.