Sometimes being a photographer is predatory. Searching for the right picture or being on the hunt for something to coalesce so that things will be just right can be a large part of what many of us do as photographers. Henri Cartier Bresson would speak about this as choreography, that the photographer needed to be like a dancer moving into position, waiting  for the right second, aggressively seeking his/her picture. This was  how his phrase, "the decisive moment" coined almost 100 years ago now, came to be.

At 66 my decisive moment pictures might be referred to as  "sometime this century" but my relative slowness doesn't mean, however, I am not looking to frame things just so or to find the single instant when things come together to make a wonderful picture. Case in point: 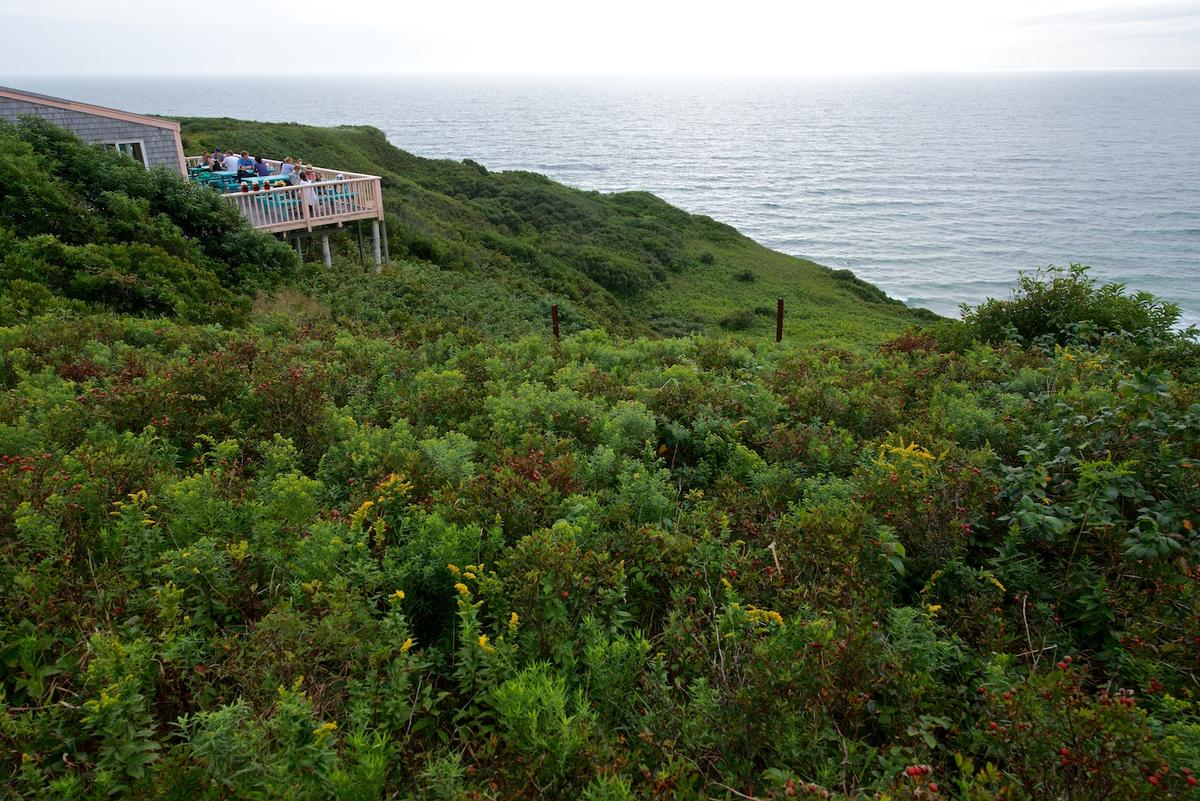 Many of you know just where this is, at Gay Head (Aquinnah) on Martha's Vineyard. In the picture above I was just cruising, liking the light and the pink and blue color on the deck to the left. But what really caught my eye later was in the next frame: 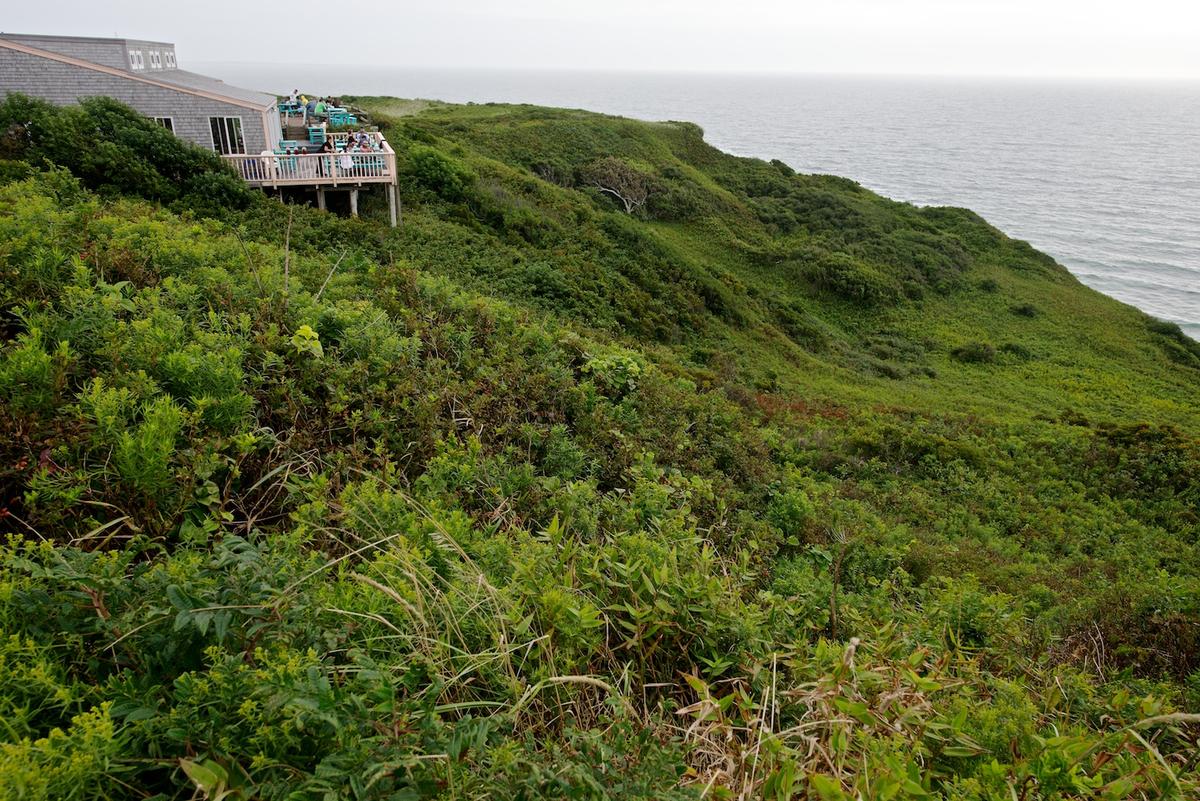 Way back there in all that foliage there is something I thought extraordinary. I'll show you with a crop: 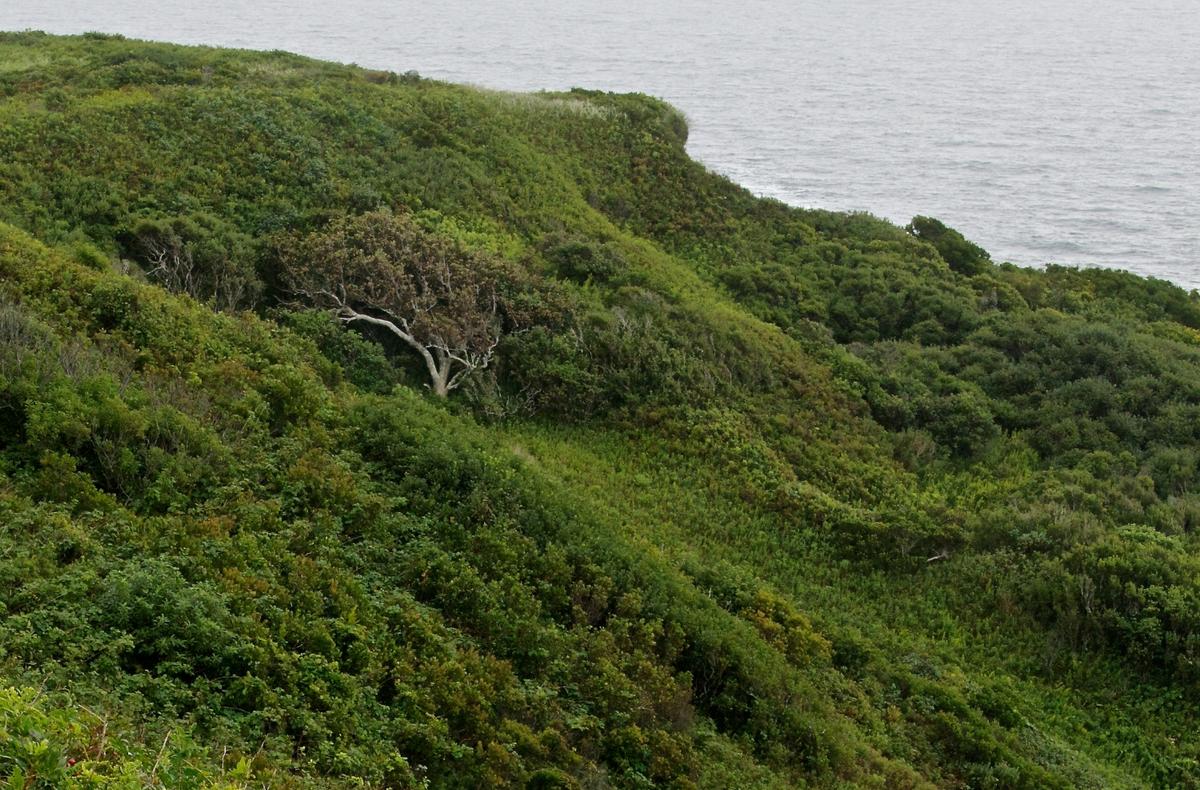 This single tree carving out an existence in this most extreme location, a cliff facing the ocean, battered and hanging on. It is exceptionally beautiful. But I can't use this picture and you probably know why. The crop compromises the quality of the image. (For those of you that don't get what that means it is simple: if you crop out much of the image to "zoom in" on one area, you are throwing away many pixels. Then when you print this now cropped image you are really enlarging the smaller area to make the same size print. You can see this even in the cropped image above, if you look closely. No way is the quality and sharpness going to be the same.)

So, what did I do? I started going back. I tried late morning: 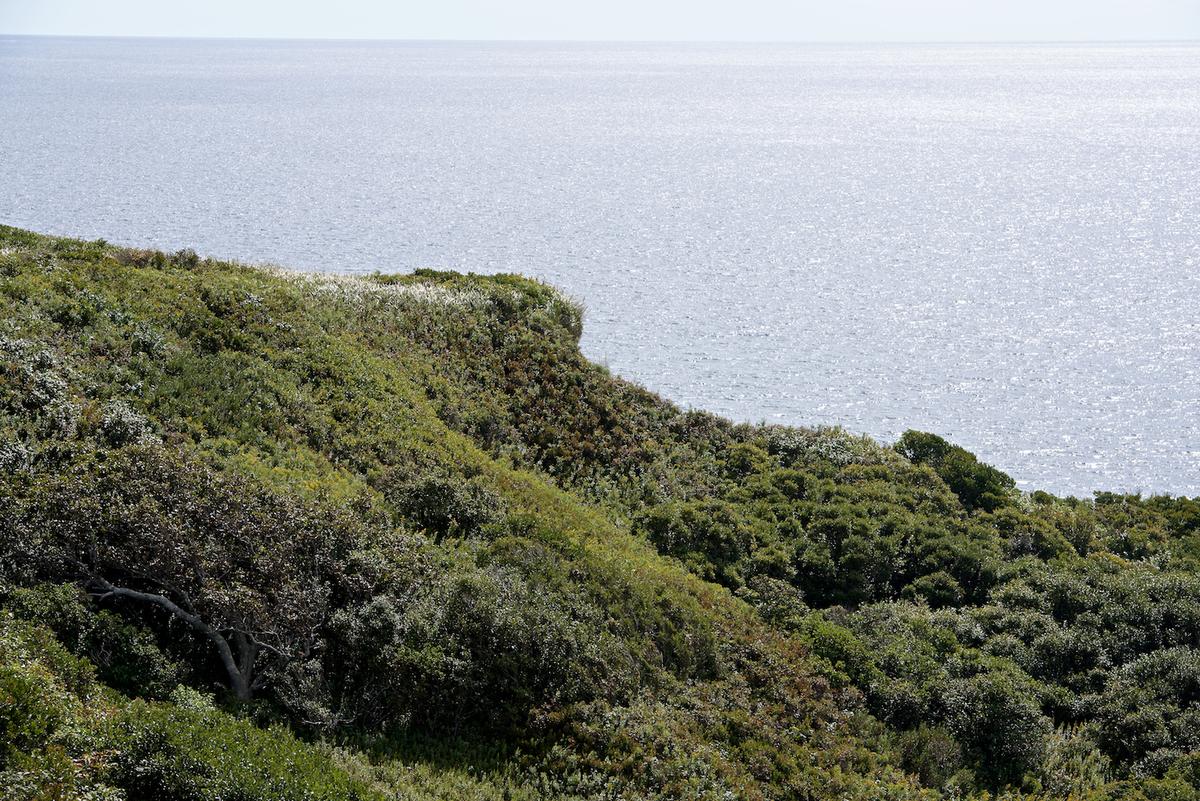 This was a disaster of large proportions.

I tried in the afternoon:

This was better, but still pretty flat. Each time I would go I would try everything I could think of in terms of framing: 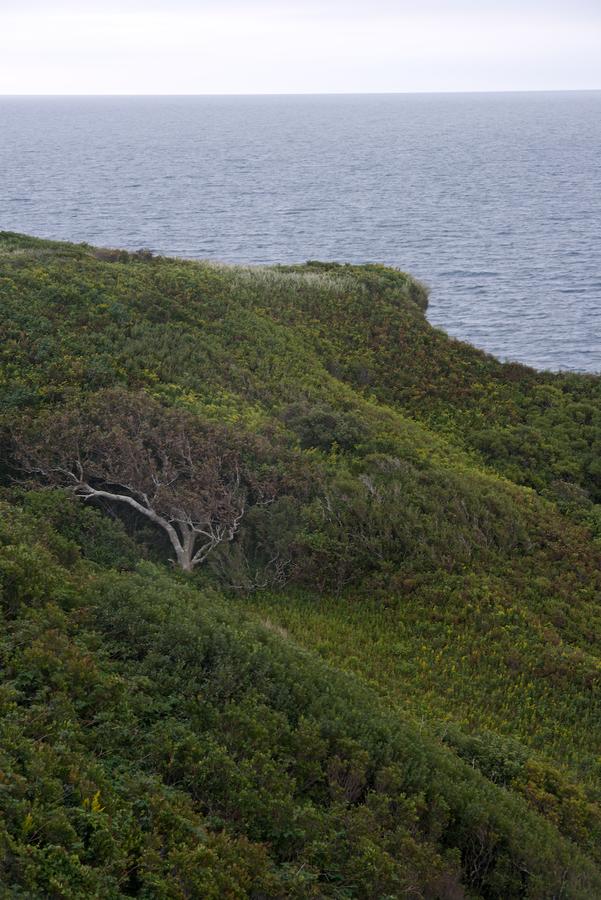 I also learned that, if I zoomed in too much with the lens, I would isolate the tree but lose the location that made it special in the first place. There's an important lesson here for all of us: that by isolating the one thing we care about in a picture we may kill it.

Time was running out. I was leaving the island soon, not to return again for weeks. I had a ferry reservation so had get this thing done and done soon. The day I left I packed up early and headed to the Aquinnah cliffs one more time to try it again.

This is the final result, which, as a print, is very wonderful and extremely satisfying for me: 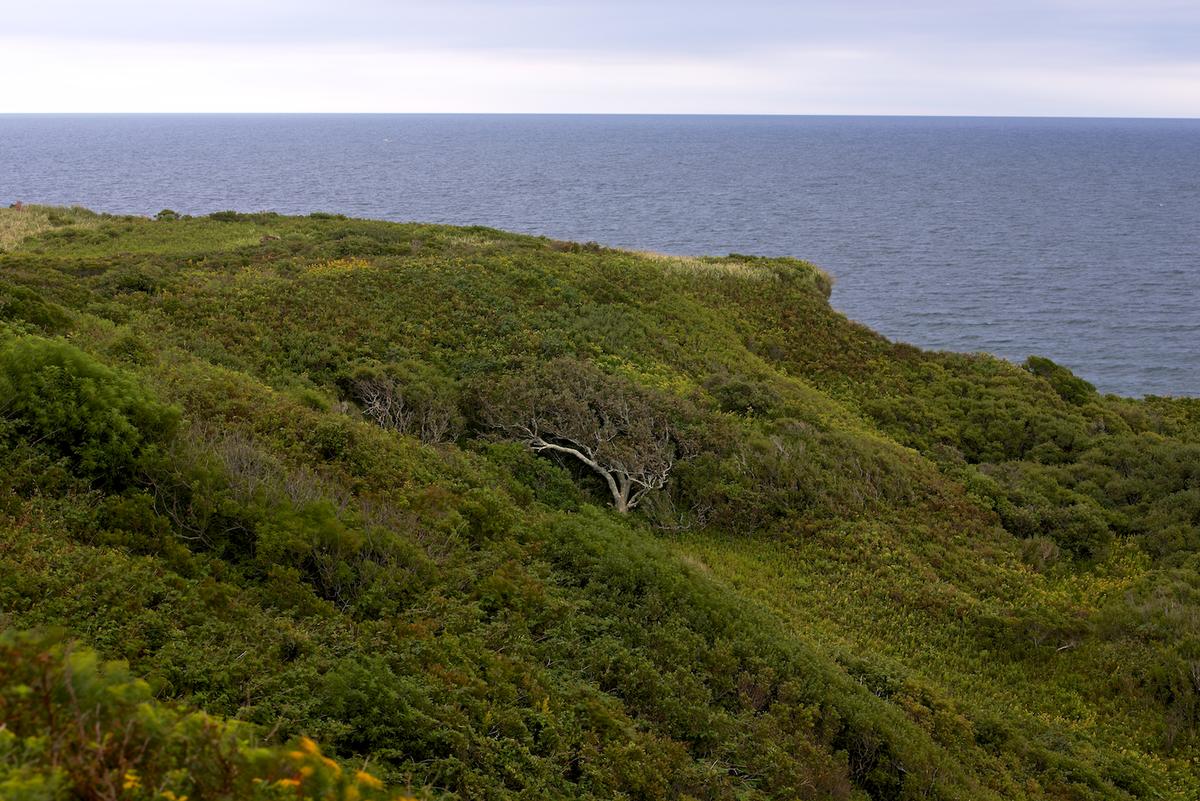 Too much effort for too little result? Much ado about nothing? Perhaps for you, but not for me as this was what I was hunting for.