So here we are looking at the next four in the Oakesdale portfolio: 9-12. These pictures are the very core of the series and what I've been leading up to in the first eight. They also are very simple. 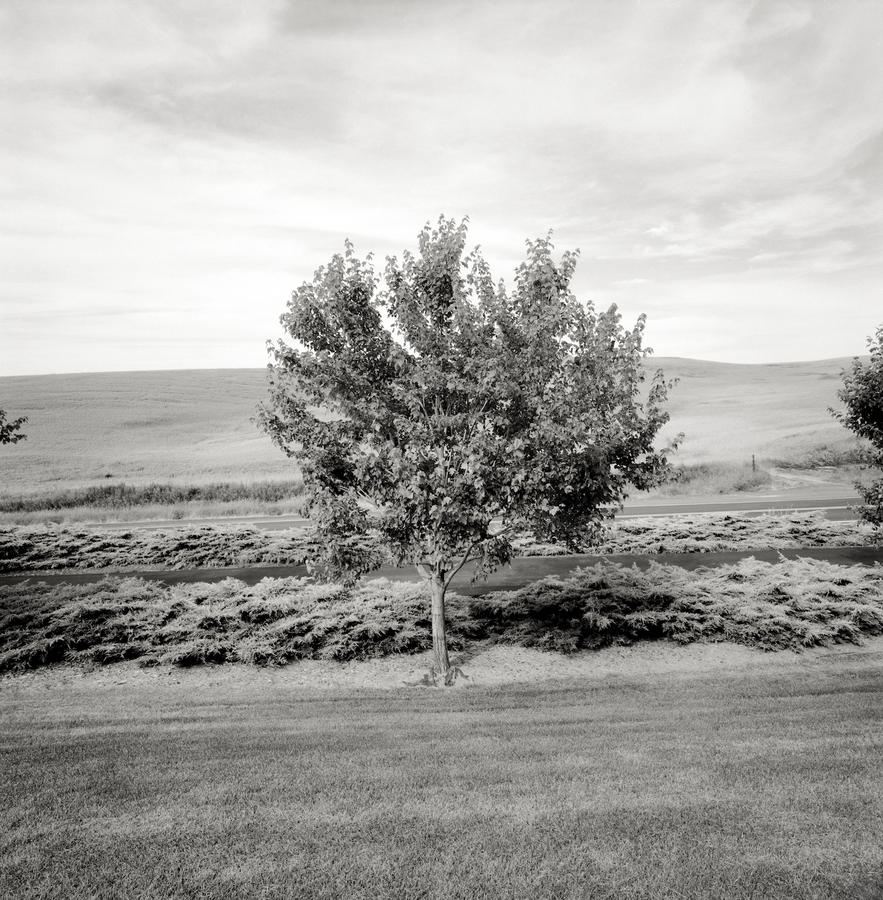 is primarily a single tree on the perimeter of the cemetery. I am asking the viewer to make the assumption that we are still in the cemetery, although there is nothing in the frame that verifies that. But I am also including the very edge of a tree on the right and left sides of the frame. Why? To lead you to the next photograph and establish this as a row of trees. This is important. 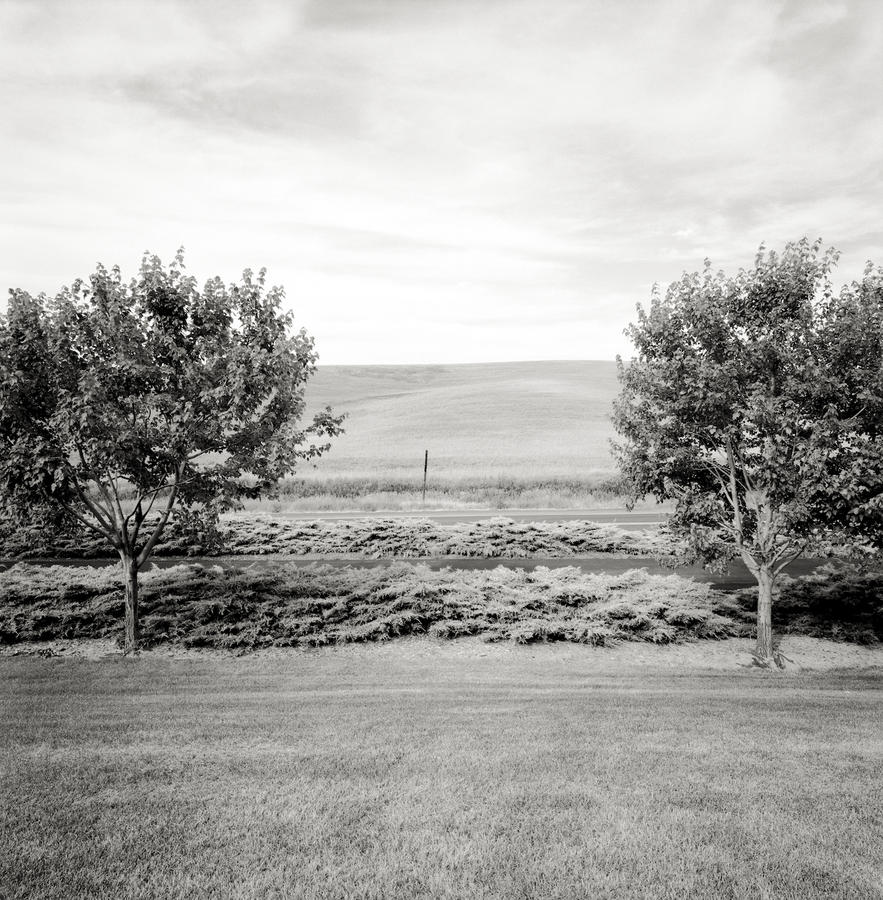 is made by simply shifting to the right a little and moving backwards. The Hasselblad Superwide camera I used to make these pictures, and in fact, all of the series from this time period, is a fixed lens camera. No zooming in and out to frame the picture as I wanted. So it would make sense that if I was to make a picture of two of the trees in the row I would need to move backwards. This is born out by the fact that these two trees are slightly smaller than that single tree picture. Why did I do this? Because I am now making a sequence of pictures within the larger full series of sixteen. Oakesdale Number 10 is once again referring to the outside of the cemetery but this time as a kind of release between the barriers of the trees to the left and to the right. You can probably predict where we are going next. 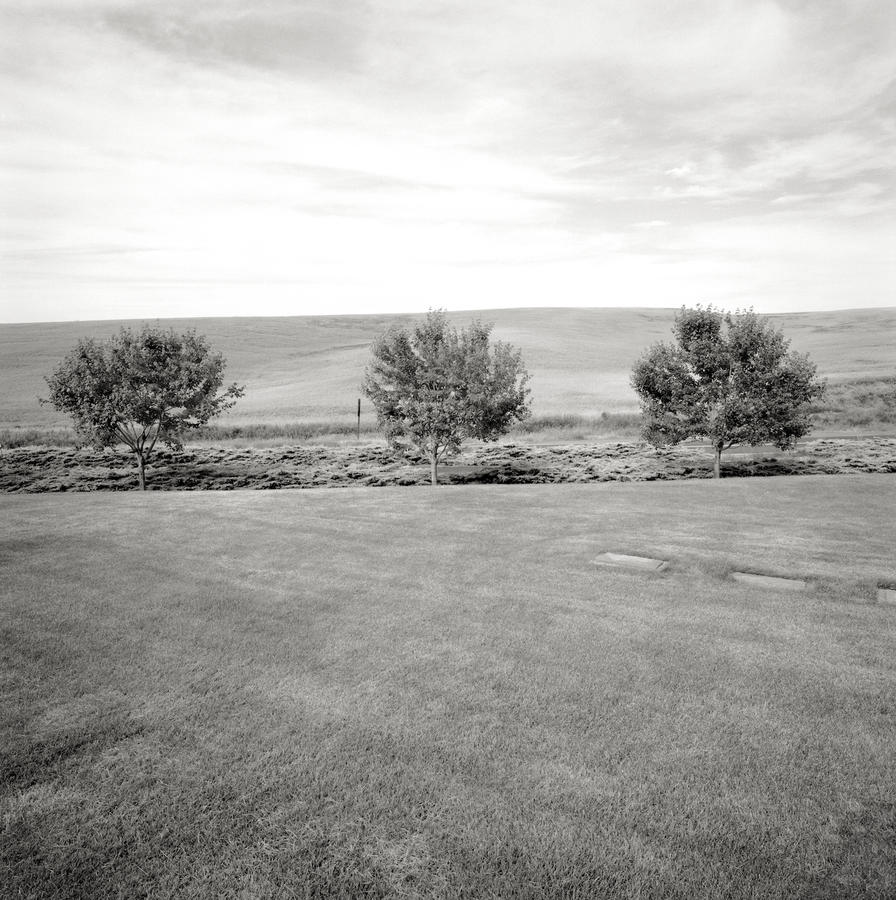 is much farther back on the hill and contextualizes the row of trees much more in the overall landscape of the wheat fields. In more recent years since I made the series, there is now a house built on the hill right behind these trees. Every year that I go back to shoot wheat fields, maybe fifteen times since 1997, I visit this cemetery.

Number eleven makes a connection to the religious trilogy: the father, the son and the holy ghost, but only as a way to lean the viewer towards something a little more somber and weighty. I am not religious but went to a high school that exposed us to daily sermons in a chapel. So here we are, coming to the single picture that is the foundation of the series and I've led us up to it by starting with one tree, then two, then three. This is three pictures and three trees in the third picture. Threes is key in this series. 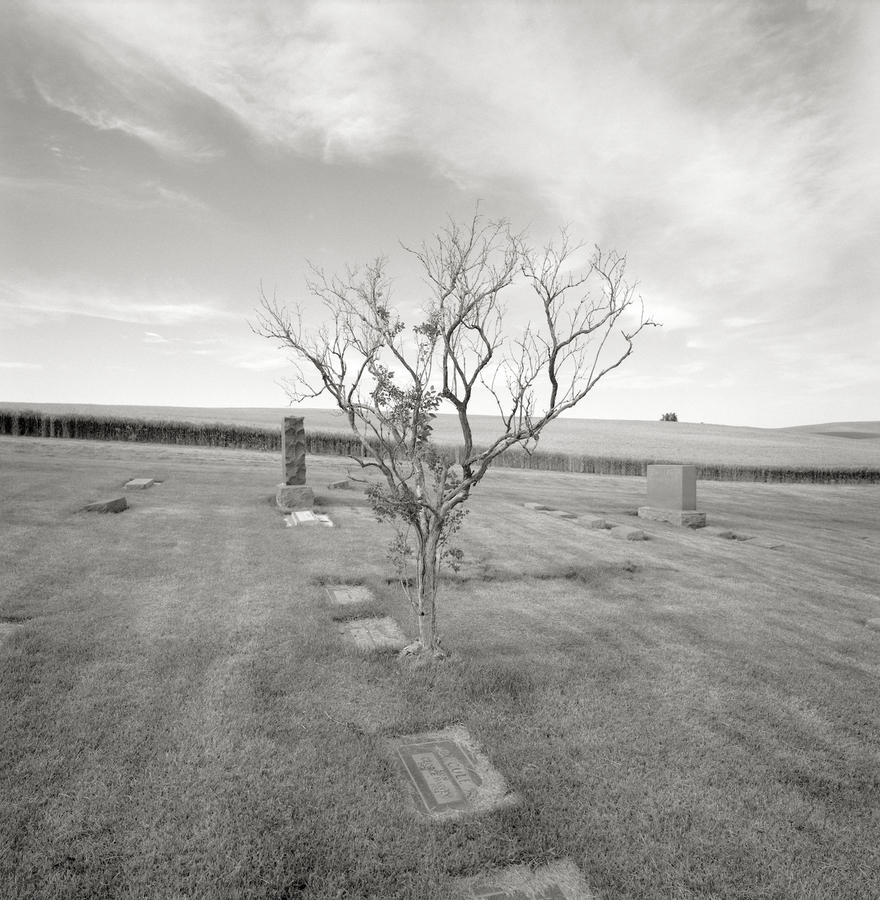 back to a single tree, closer and smaller and turning left away from the previous three frames. And, to me at least, this tree is more dead than alive. Yes, it has some growth on it but it is clearly struggling. This tree is the main reason I go back to the cemetery whenever I am out shooting wheat fields in Washington, to check up whether it is still alive. 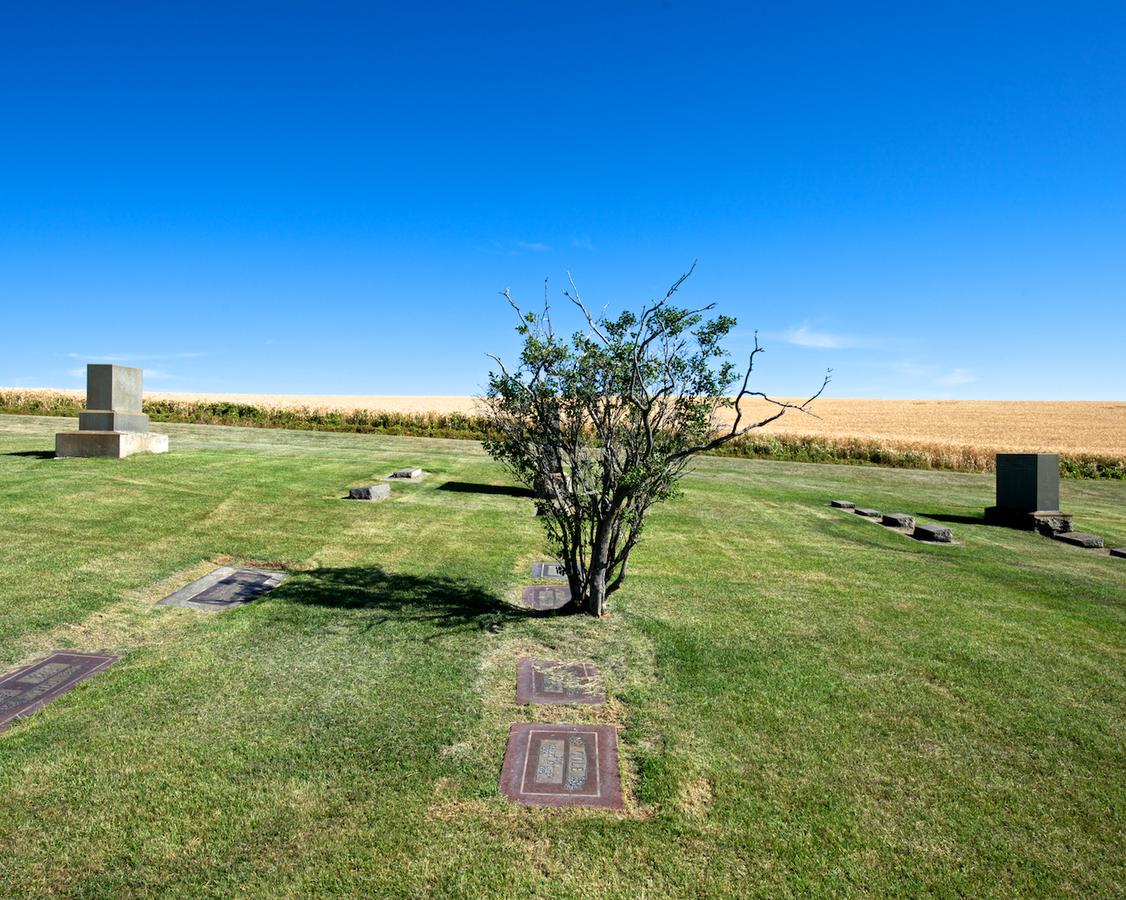 Clearly it is, 16 years later.

So why so much emphasis on this one tree? What does it symbolize for me? One of my very good friends from graduate school was seriously sick and died of cancer a year after I made the Oakesdale Series. He was on my mind and this tree was him somehow. So this picture is intended to be the emotional center of the series and I wanted the rest of the photographs in the group to swing around this one fulcrum.

I stated earlier that the Oakesdale series is a center and base to the body of work done over my career. If that is true then the single tree picture is the base to the series. We felt this concept was important enough that we used these four pictures to symbolize my series work on the cover of my monograph "American Series", published in 2006. 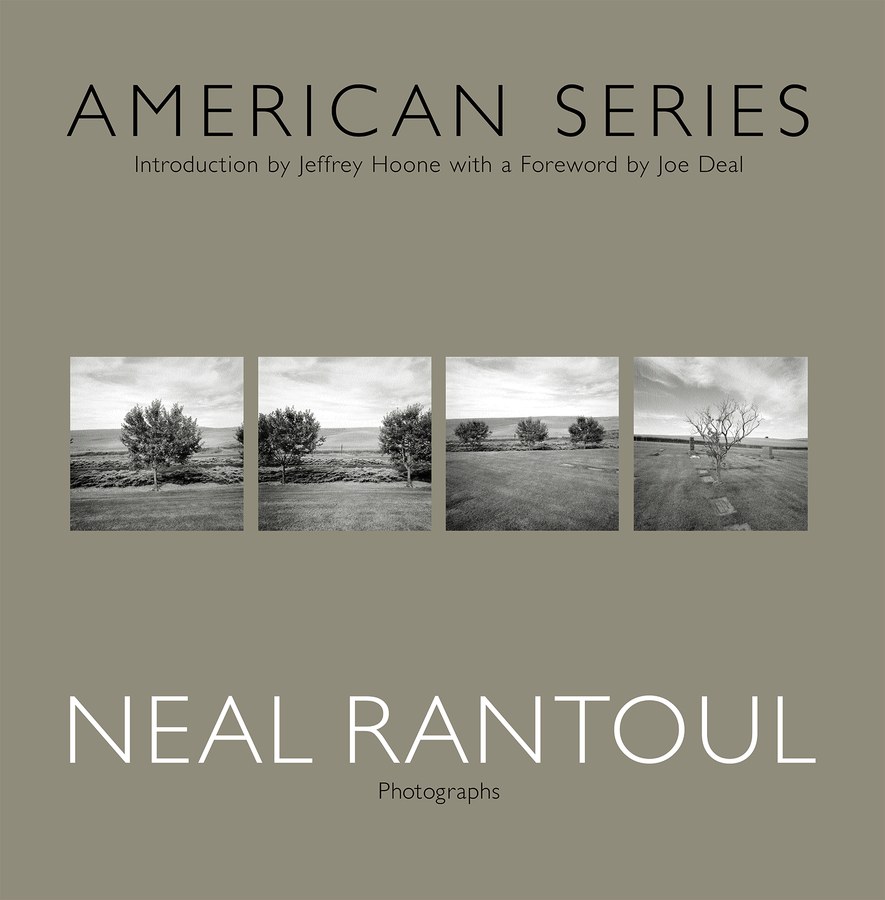 In Oakesdale Cemetery Take 4, I will take us through the series to its end.