One of the advantages to getting older (along with what feels at times like a longer a list of disadvantages) is the ability to look back at work done earlier. I made the Oakesdale Cemetery pictures in the summer of 1997. (See Oakesdale for the full series.)

The series is something of an anomaly as I was making pictures at the time of housing, both new and older developments but also neighborhoods. I remember thinking that there was too much hard edge and objectification in that work and it should be all right to have some felt reaction to content on a more emotional level. I also hadn't made any series pictures of landscape.

So I made these pictures in a hillside cemetery outside the very small town of Oakesdale in Washington, the first summer I went to the Palouse to photograph wheat. 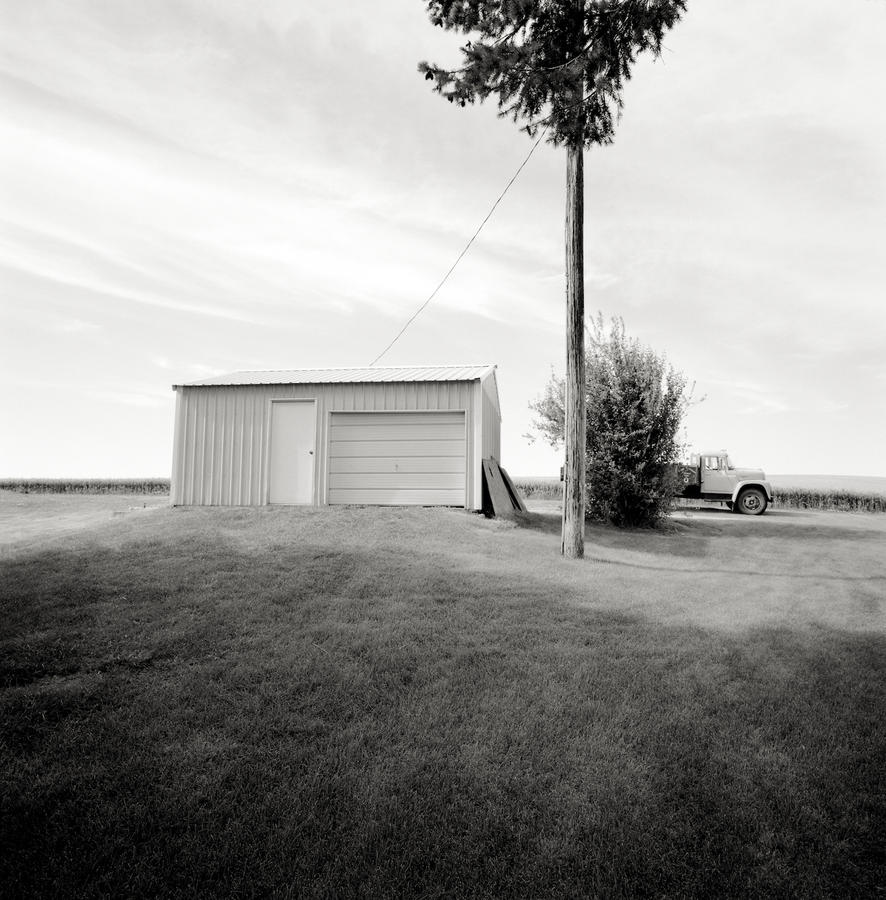 In a review of the work in the Boston Globe, Mark Feeney wrote "What makes the sight of that truck on Oakesdale so thrilling isn't just how perfectly it's placed. It's the additional knowledge that someone parked it there before Rantoul clicked the shutter and someone later drove it away."

I couldn't have said this better. I was so excited at the combination of all these incredibly beautiful visual elements being displayed in front of me, just begging me to take their picture, that I shot the truck twice: 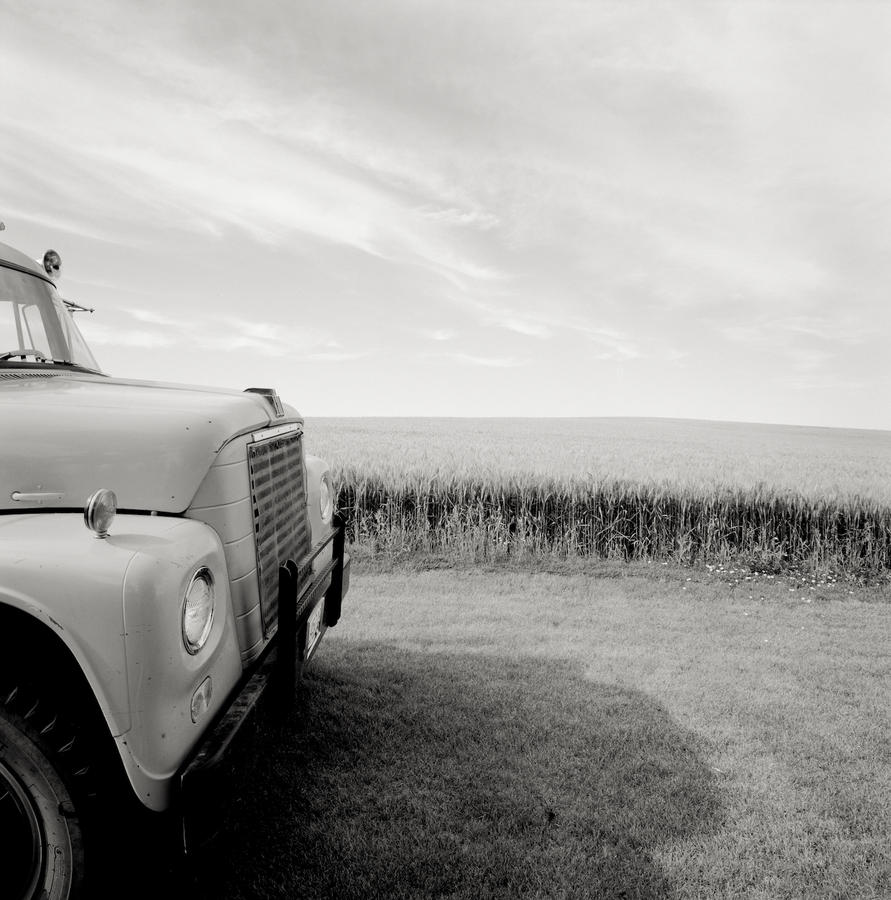 If there was any doubt in my mind that I was starting now to make a major series for me it was these two consecutive frames that convinced me. This second frame was intended to "essentialize" the set, to establish just where I was (in the middle of wheat field country). As a way to confirm this but also to allow a look out to just the wheat, the next frame gives us just the grass, the wheat and the sky (with tiny little wild flowers scattered in the foreground): 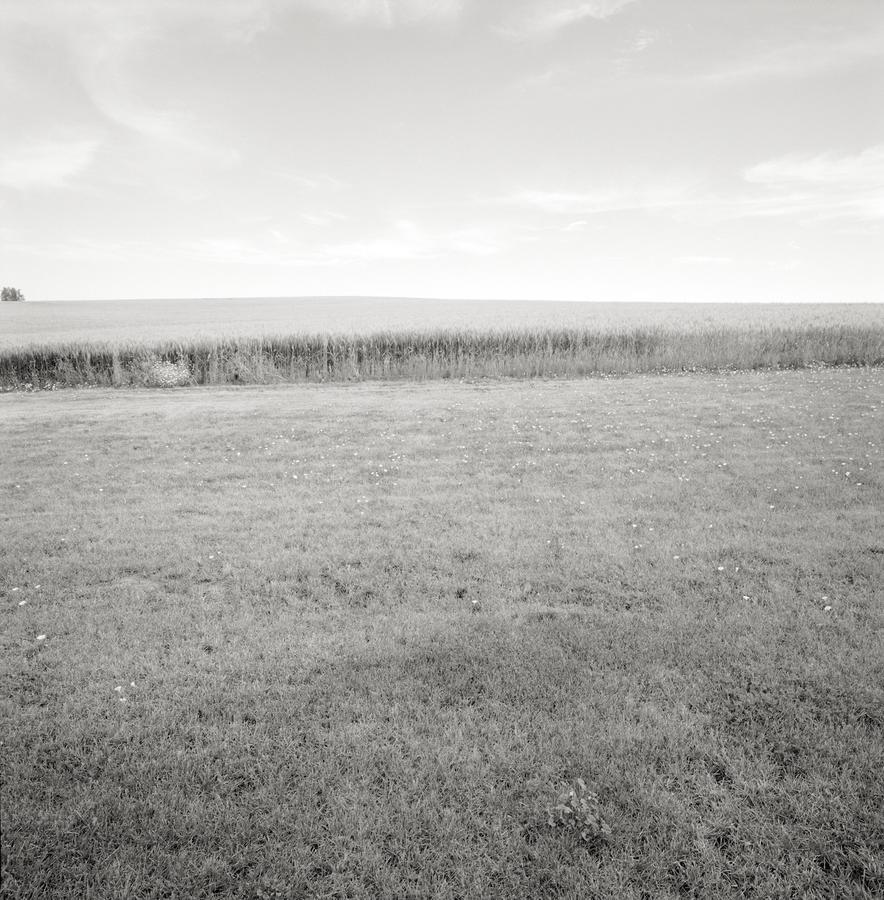 This frame becomes important later as you will see for I have now set up a repeating structure that I will return to throughout the series. The third image in the set is my paying respect to minimalism but also sets us up for the next frame which I believe is crucial because I haven't yet  shown that we are in a cemetery. I do this by spinning around 180 degrees and looking in for the first time instead of out: 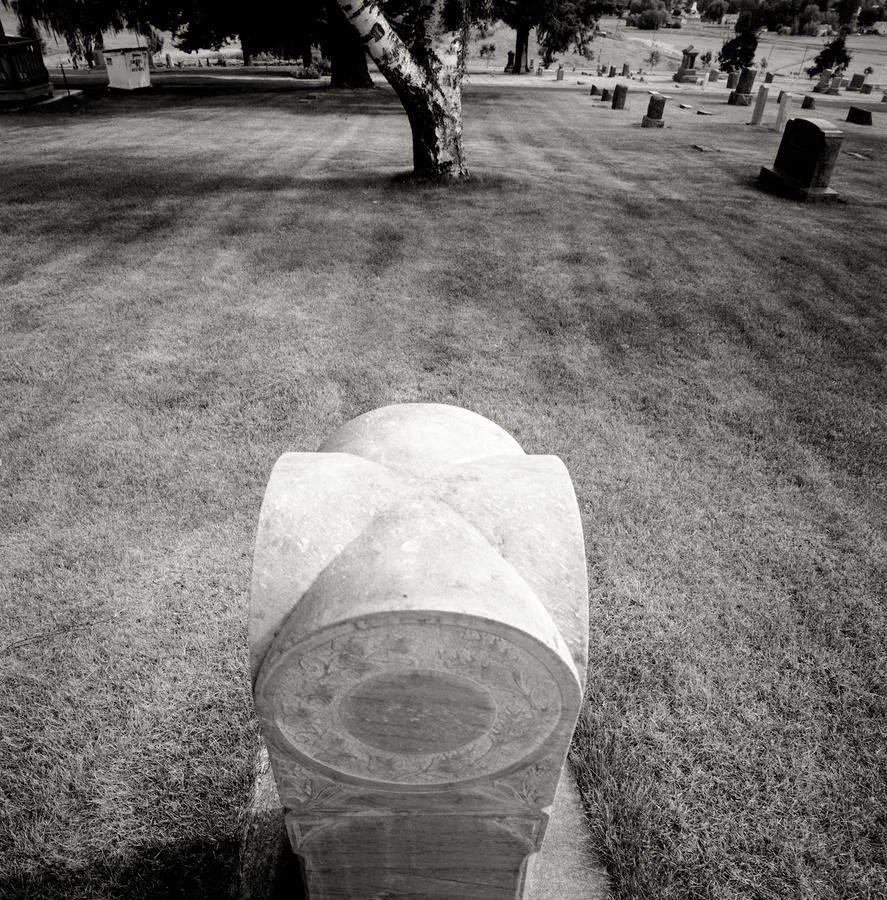 Thanks to an increasing list of subscribers to the blog I am now confident that I have you reading my posts. Thank you. It is rewarding to have you along for the  ride. So, I am now going to leave you hanging with only four of the sixteen pictures discussed in "Oakesdale", with a second installment to come along soon. I hope you stay tuned.