I don't know about you but I tend to be a little skeptical when it comes to miracles. I don't think of myself as being a tried and true cynic but some healthy perspective on things seems good to me and when confronted with a "true" miracle I tend to be wary.

But I can't really tell you what's going on here: 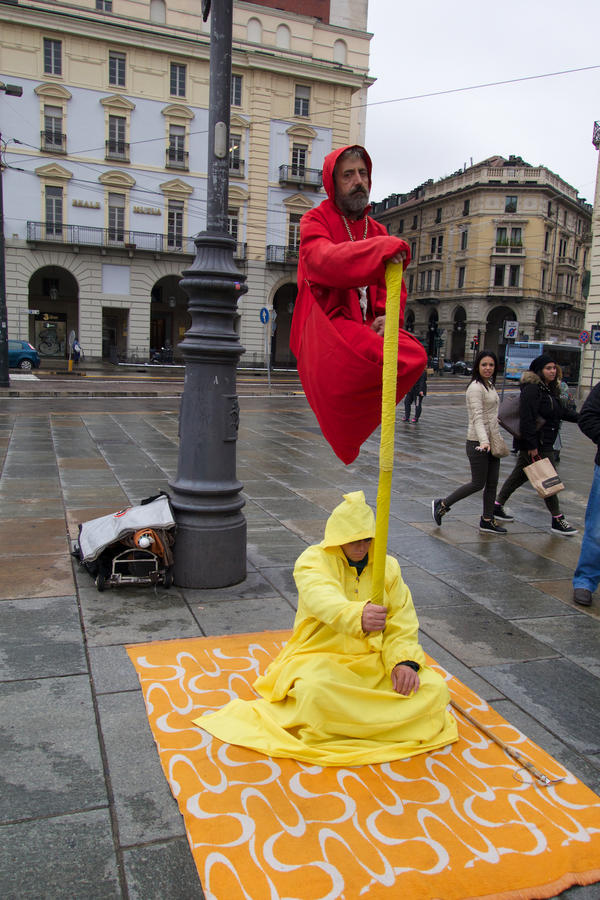 These two guys were sitting there in the central piazza in Torino, Italy a couple of weeks ago. There was no visible support and no guy wires. They were stoic, with no changing expressions on their faces and no acknowledgement of anyone passing by. All I can think of, since the fabric covered their arms, was that there was a steel armature and structure that ran down the yellow one's arm up the pole and down the red guy's arm to a seat. John and I discussed this, the possibility that the yellow man's hand was fake, as the weak link in this display seemed to be his hand.

Presumably they sit there, hour after hour, like statues, proof that miracles do exist and that with true faith and belief in God's higher powers, anything can happen.

I am not so sure.