This one will look at some of the pictures I made last week when I first got to Maine.

I spent two nights in Augusta, a scrappy and sincere town that happens to be the capitol of the state. While it does gear up for summer I think it's mostly for locals and maybe a few tourists. This is nothing like being on the coast.

I spent a couple of extended sessions at a thing called the Kennebec Arsenal, which is old and kind of creepy and sits along the Kennebec River. 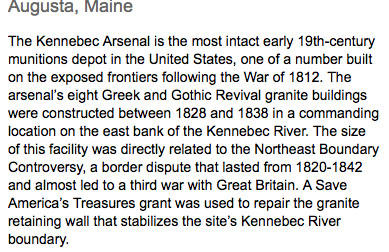 I was working with the 24 mm PC (perspective control) lens. This is a very demanding but very rewarding lens when used correctly. Odd to be playing the same games with it I used to such great advantage when working with 8 x 10 earlier in my career. It is exactly the same concept, just with smaller controls! 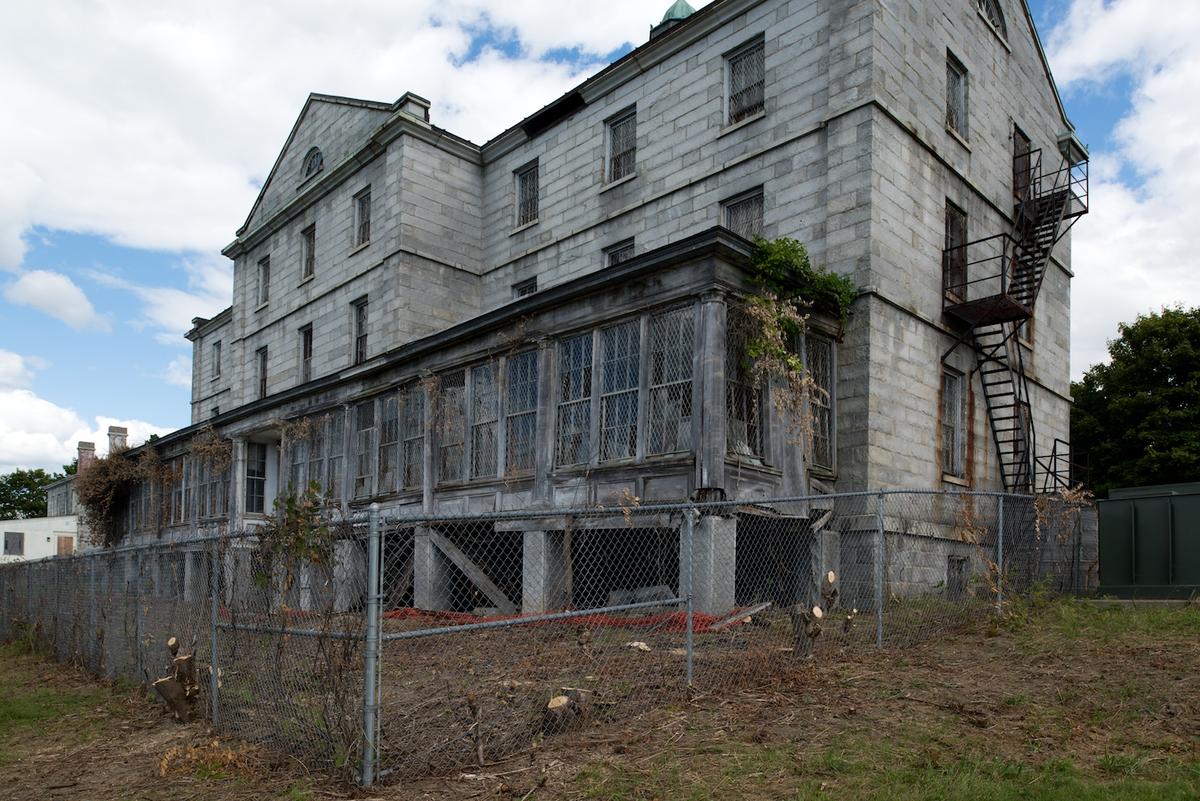 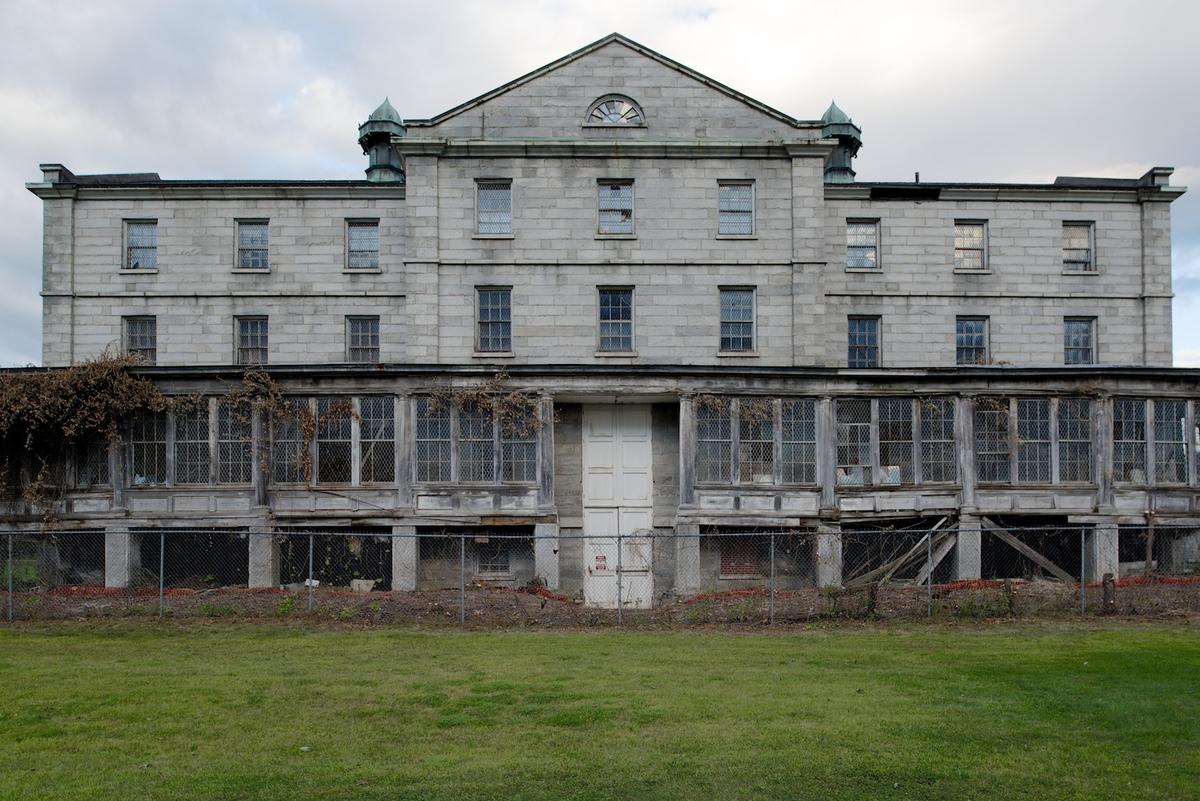 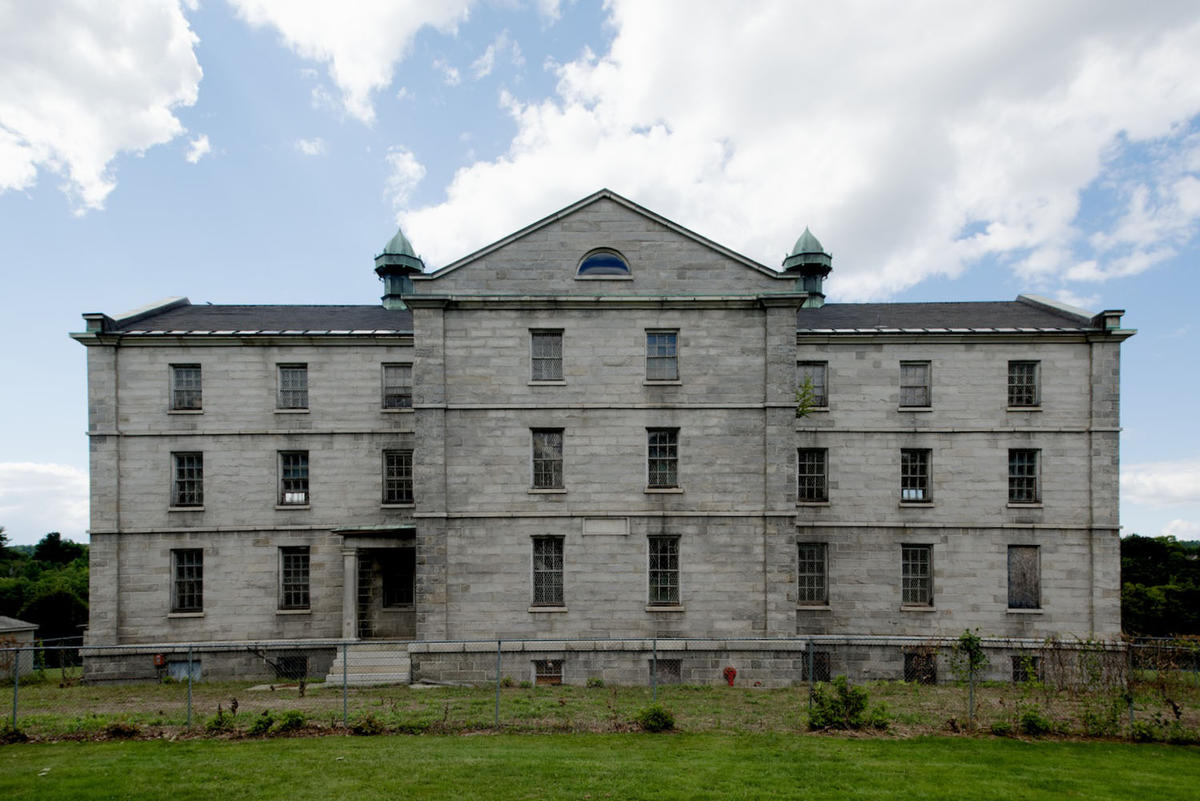 And here's the river part: 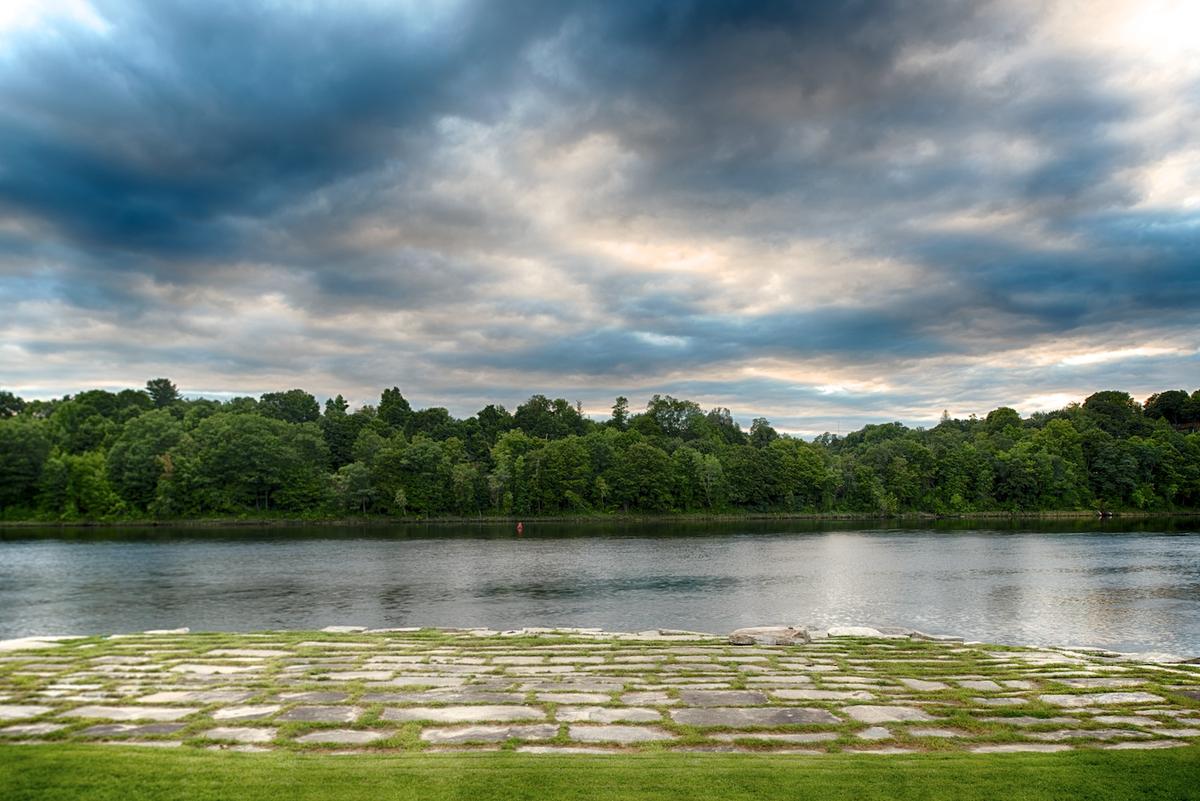 and the stone steps that lead up from the river: 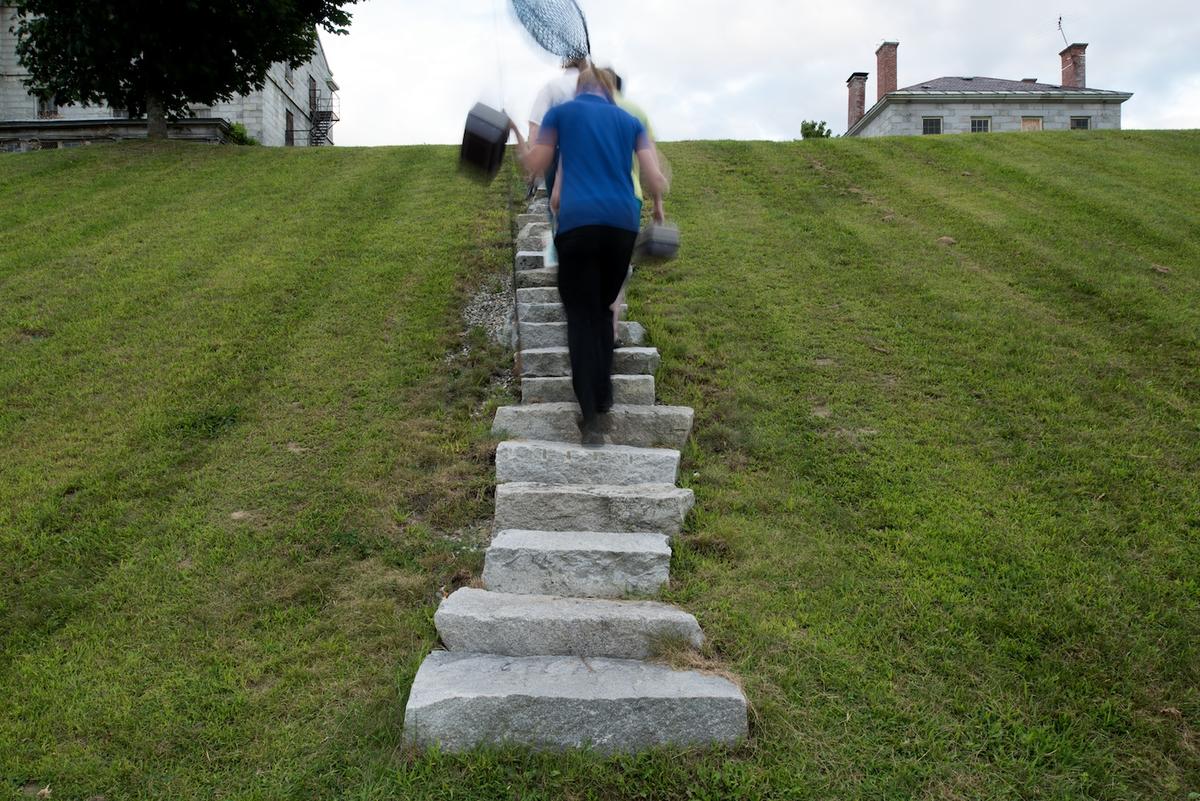 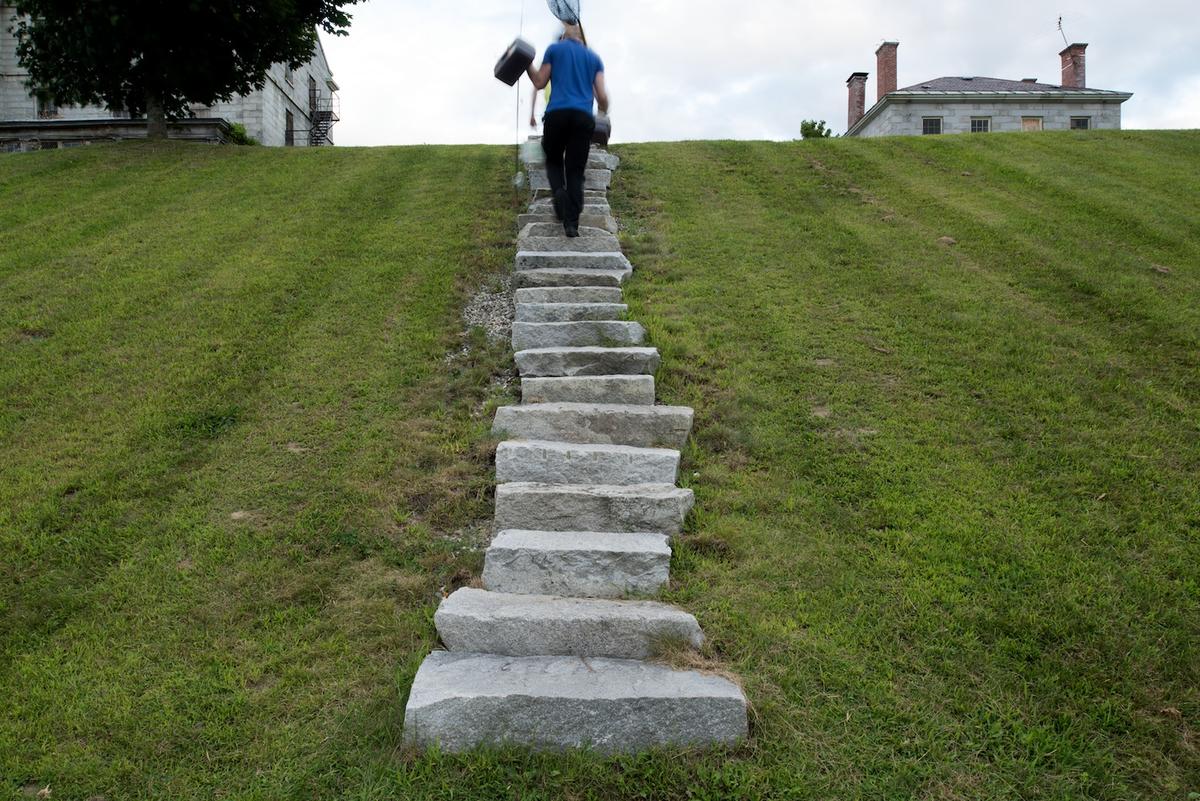 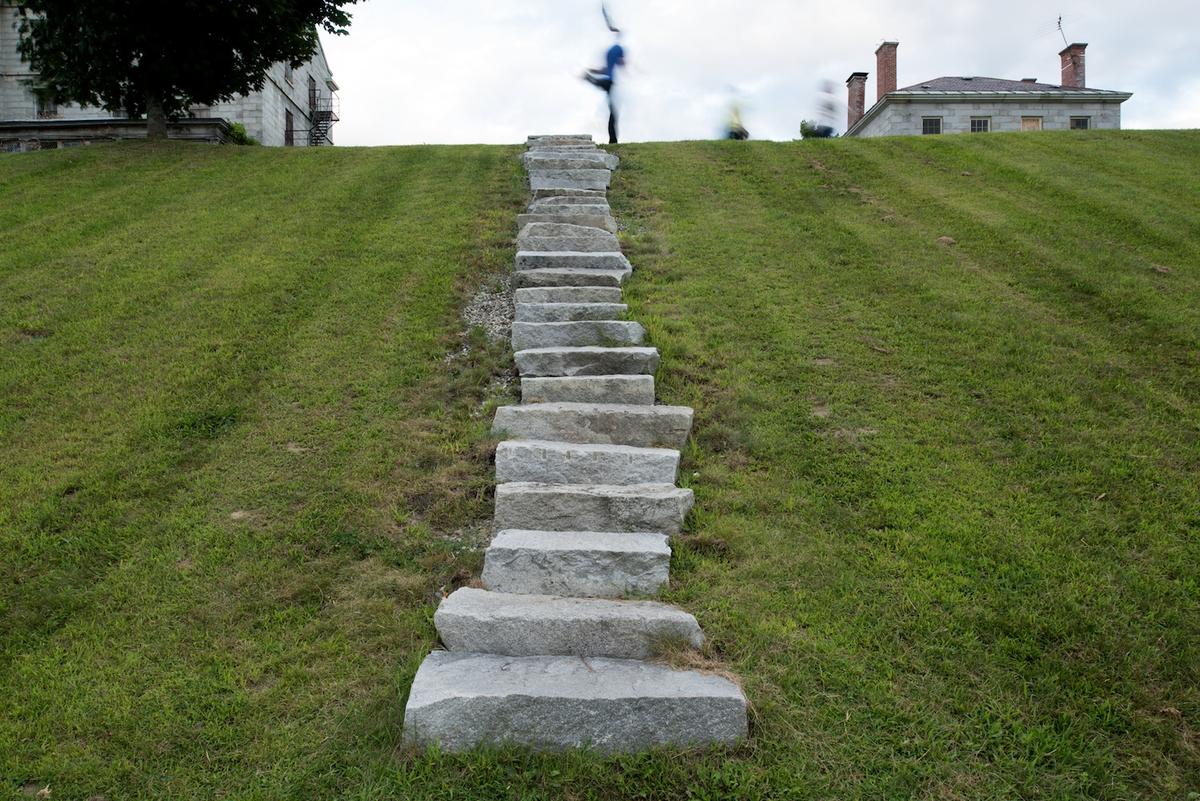 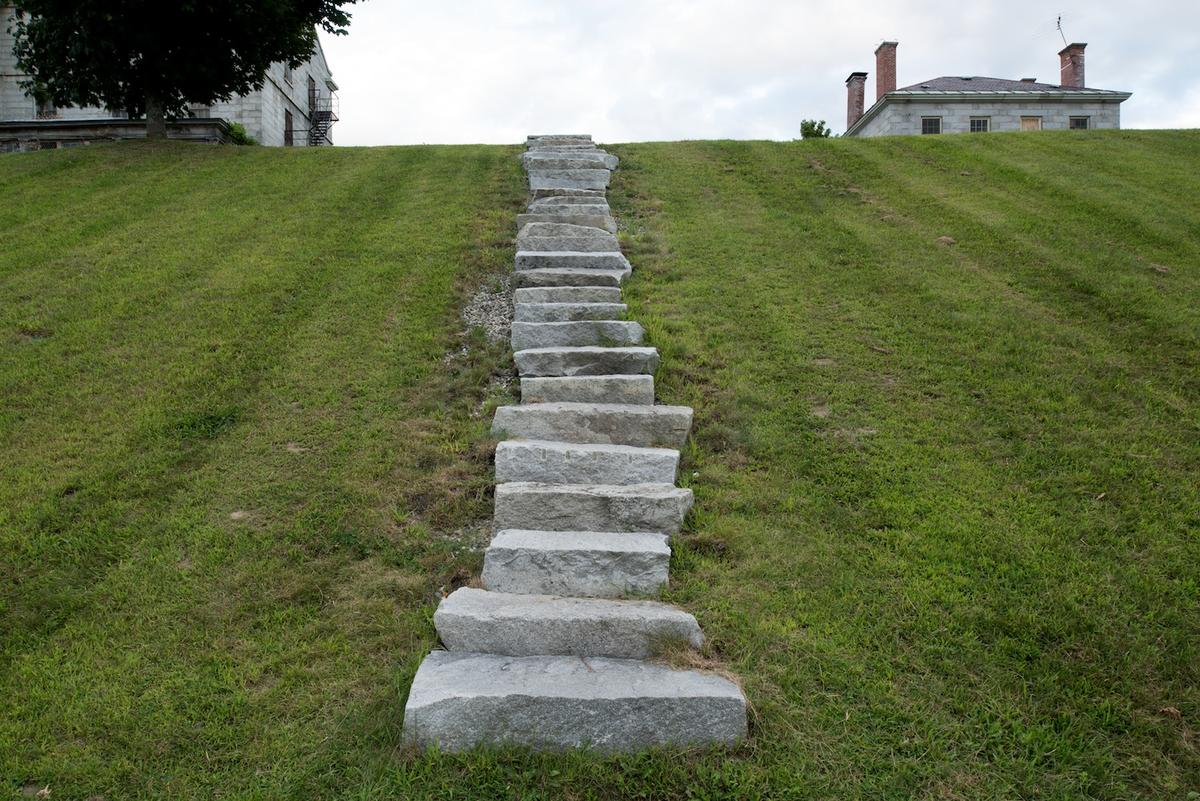 And finally, some of the other buildings in the complex: 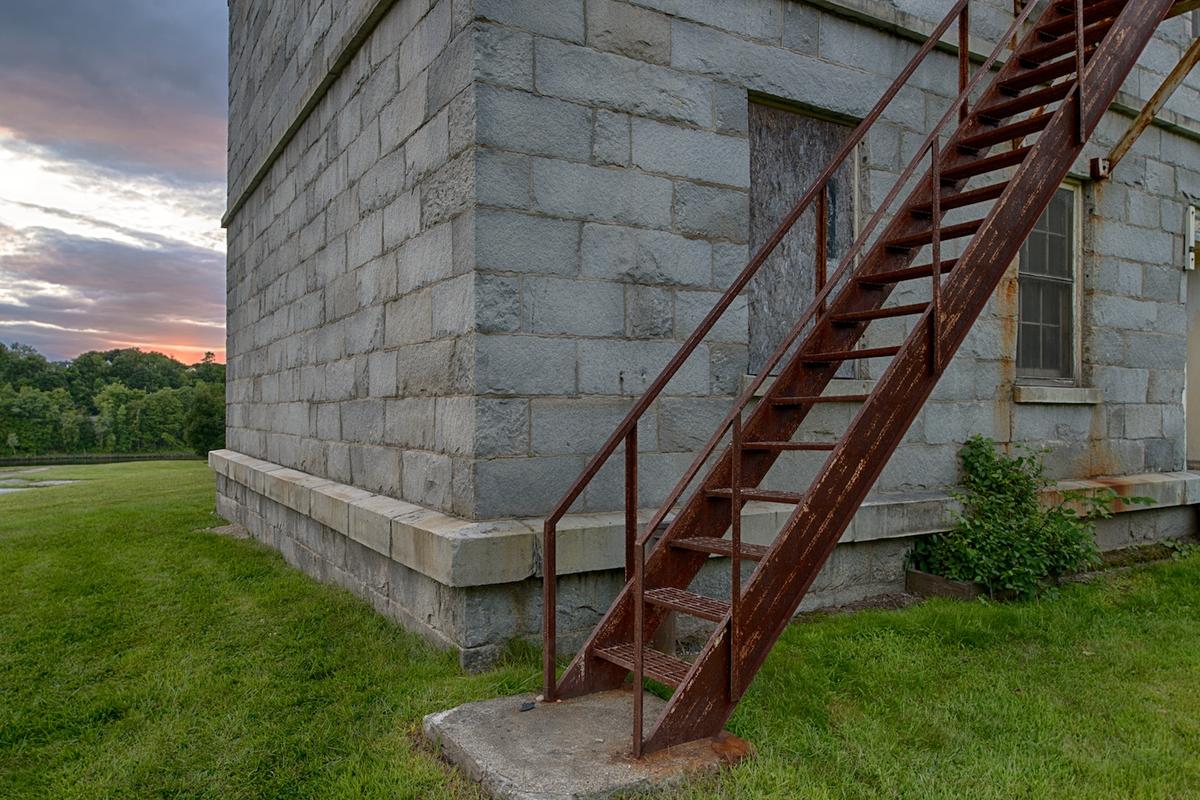 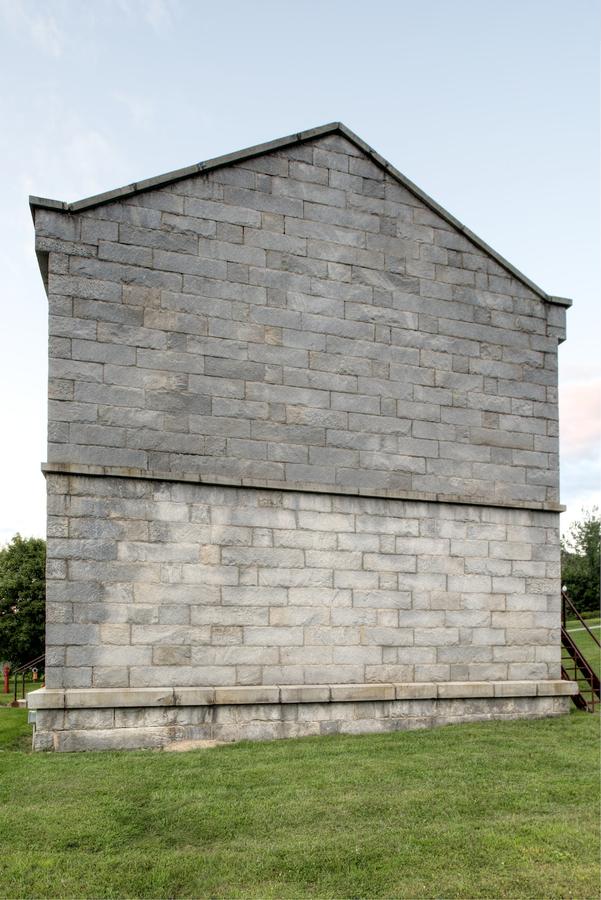 where the lens creates some havoc with what were, presumably, right angles.

Can you personalize a place? Can you work to identify with it and also to utilize it to your own ends? Can you take something from it and use it for your own? Can you mold it to make your own pictures from it? This is a key point, isn't it? How to avoid the generic and to distinguish what you do with it as yours and apart and different than someone else's. This is partly intuitive and partly thought through, of course. But absolutely essential. Look at the really good photographers in the history. It's what they did.

From there I headed to Port Clyde, definitely on the water. This is where the boat to Monhegan Island leaves from and it is at the very bottom of a long peninsula.  It is simply the best.