I hesitate about going too far down the nostalgia path but this phrase would come up often among us as we were younger: "let's go shooting!" As students, when we had a day with no classes and a deadline looming of having to show new work in class, we'd often join up to drive someplace or sometimes just drive, looking for things to photograph. I don't know that it ever occurred to us that this was so random as to practically insure failure but it was always definitely a good time. Our approach wasn't very systematic in those days. For me there weren't "series" or "projects" or specific places I would go to make pictures yet, there were just adventures. I would get going early, pick up a friend and off we'd go.

Of course there were discoveries, we'd come across things and places that were magical. My friend Rob Gooblar found a whole parking lot full of Airstream trailers, their stainless steel curves irresistible in brilliant sunlight, I found an abandoned drive-in theatre, still there today, 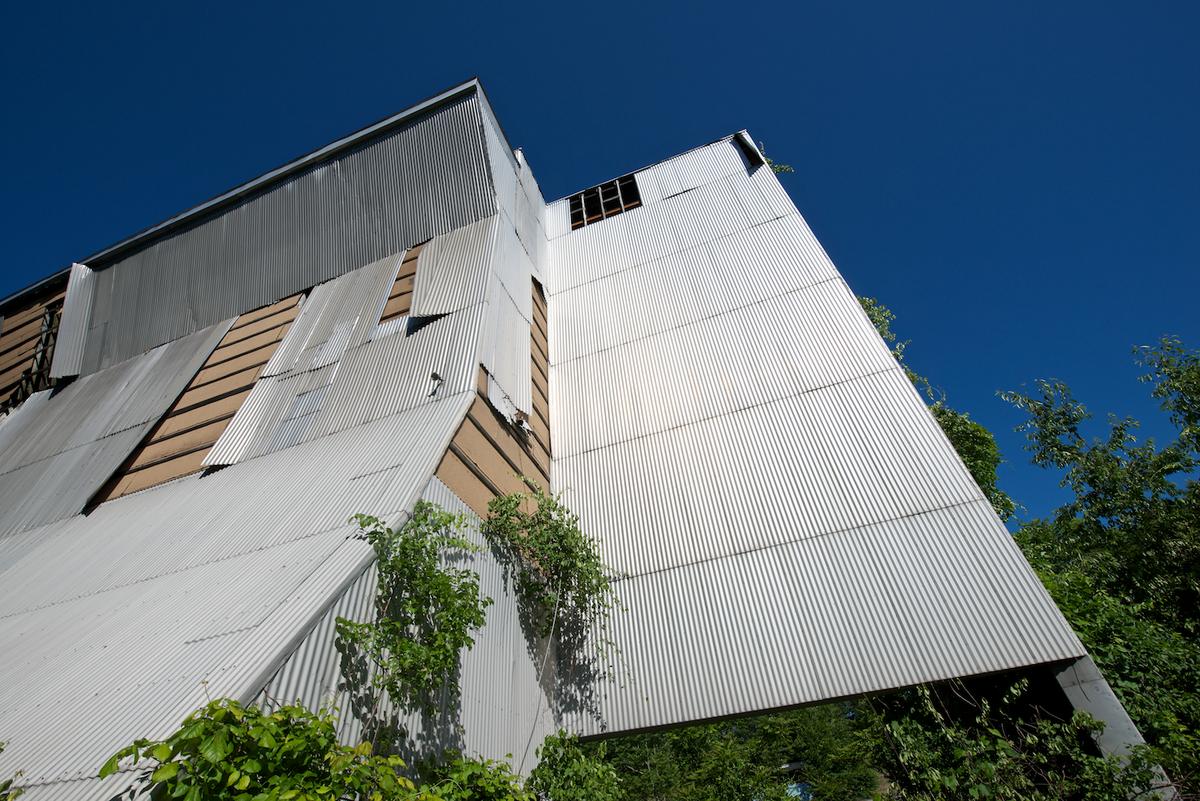 on Rt 146 in Millbury, a junkyard in Cranston, gravel pits, abandoned buildings, Cape Cod off season, ski areas in May, developments under construction, over passes on highways, gas stations and small town main streets, fields of corn, Crane's Beach in a snow storm, the Berkshires and farther out, the Adirondacks, the reservoirs out Rt 6 from Providence headed towards Hartford, and on and on and on.

After we finished school this tradition of hooking up to go photograph continued. I also moved it into my teaching and throughout my whole career hauled students all over on field trips to make pictures. At Northeastern these were known as PFAYVA trips (Photographic Foundation for the Advancement of Young Visual Artists ), a members group co-created by Andrea Greitzer and Scott Merritt, both photo students. I did field trips at Harvard and New England School of Photography too. The PFAYVA trips at Northeastern were legendary. Membership wasn't hard: if you were in a photo class or you'd had a photo course you were a member. It grew in the 90's into real trips with weekends spent in Vinylhaven, an island in Maine, another in Savannah, Georgia and practically yearly trips to Martha's Vineyard and Block Island. One trip to the Vineyard was so large we took out the whole Youth Hostel early in the spring before they opened for the season.

My whole career I've photographed alone, sometimes for weeks or months on end, and sometimes with friends, students, former students, groups and just one or two. Then there is photographing with someone who's not a photographer. This can be harder and is usually not my favorite thing. I have also photographed with a guide and this can be wonderful as the guide knows the best places to go to. I advise this if you're in a new area and don't have unlimited time; best is a photo guide.

What would we talk about as two or three of us would take off for a day when we were grad students? Our teachers, the other students, and what photography we'd seen or wanted to see by this artist or that artist, of course. We'd always be pissed at what a teacher said or didn't say, whether they'd liked our work or were indifferent to it (this was the worst) or didn't like it, which actually conferred a brief notoriety followed by a "What the fuck do you suppose he meant when he said…..?"question amongst us as we drove by countless possibilities for pictures, things definitely not pictures and poor attention span meaning we could be going past photo Nirvana out there but we'd never know it as we were too busy talking talking talking. Great times and missed. Far better to have had the experiences than not to have had them.