Finnur, Steinunn's husband, offered to take another resident, Scott Johnson, and myself on an overnight trip to the mountains in the northeast of Iceland. What a place! To say I was unprepared for what we were about to see is an understatement. Having been used to  the acutely minimal landscape where Baer is along the coast we plunged into the interior where the earth is in upheaval, where it smokes and fumes and burps from hot sulphur pools, where recent lava covers the land like a carpet, where there are slices in the ground that wind down to hot water pools,  where sheep roam free to pasture in the mountains and where most places off road you can just go, if you have the right vehicle. Did I just write "vehicle"?

We went in this: 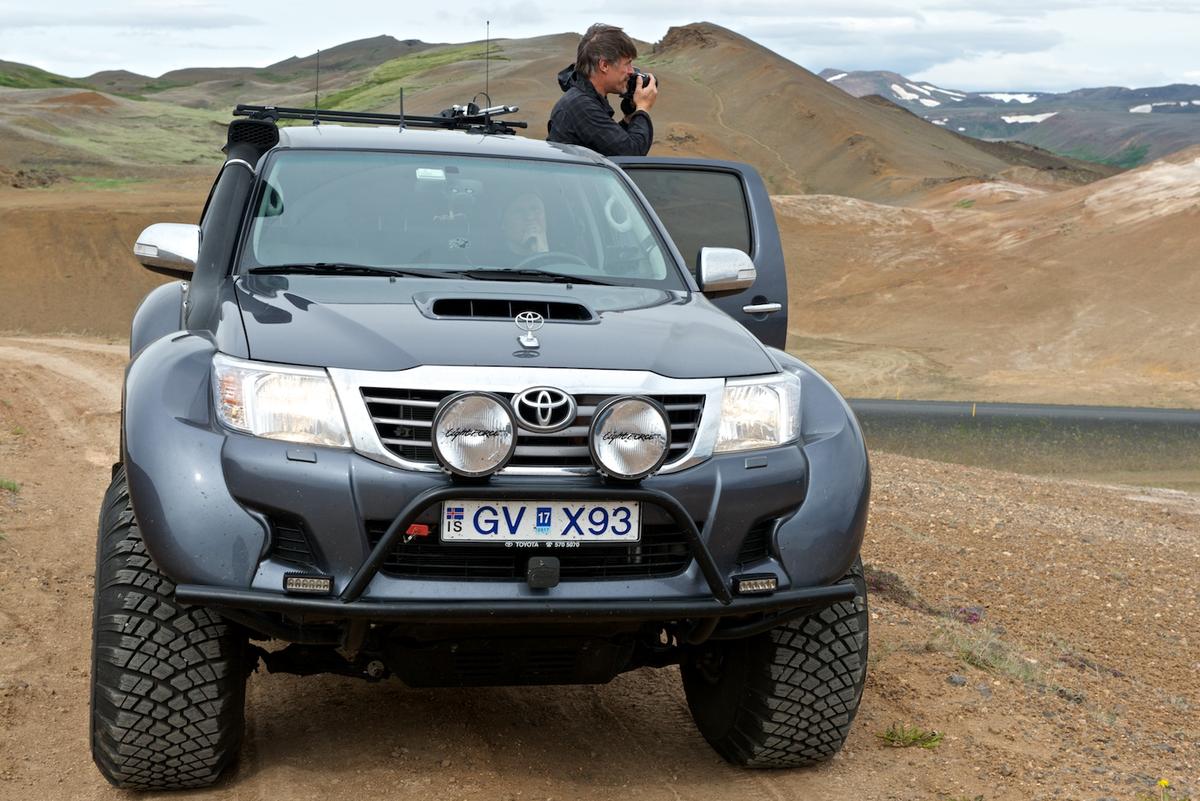 We left early in the morning and drove into this long, green valley with a ridge at the top where two glaciers, one on either side, had left this sharp edge behind as they receded: 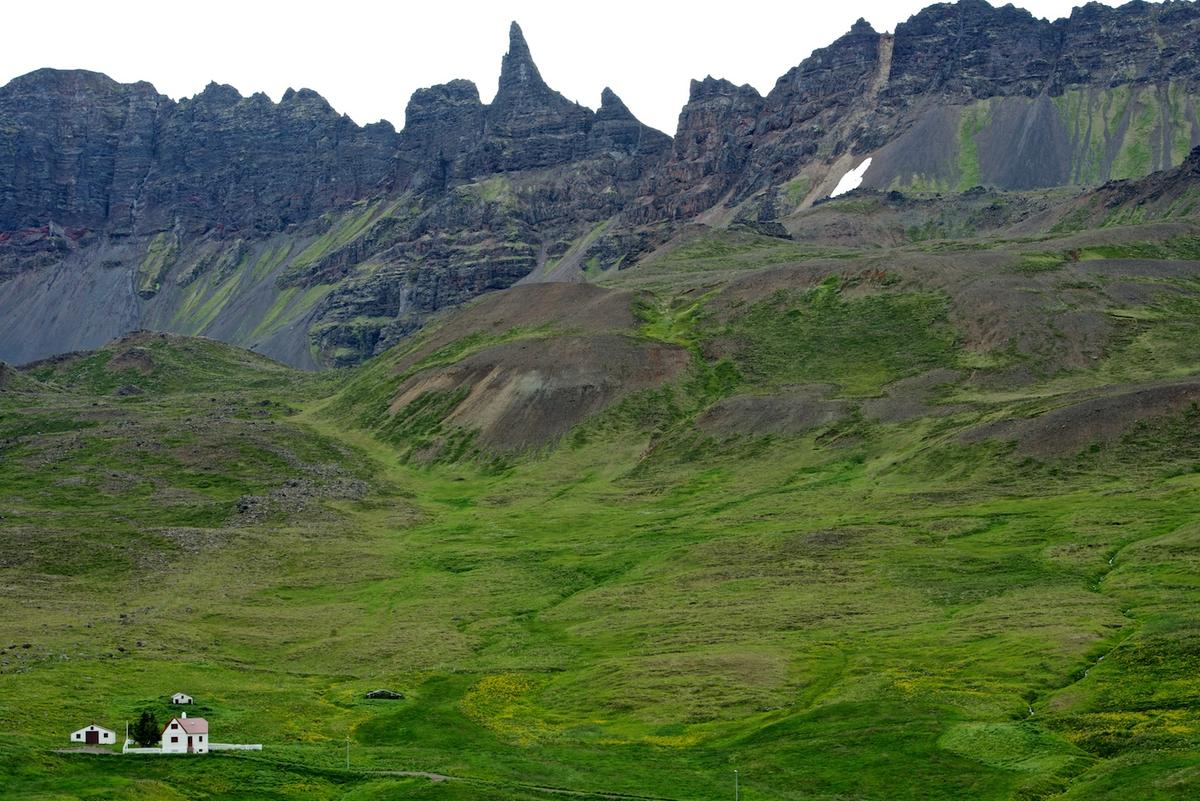 and drove for a couple of hours up to a long valley on a road that went from paved, to gravel, to dirt, to a muddy track, to something that resembled a trail that crossed rivers and snaked up the side of a mountain. 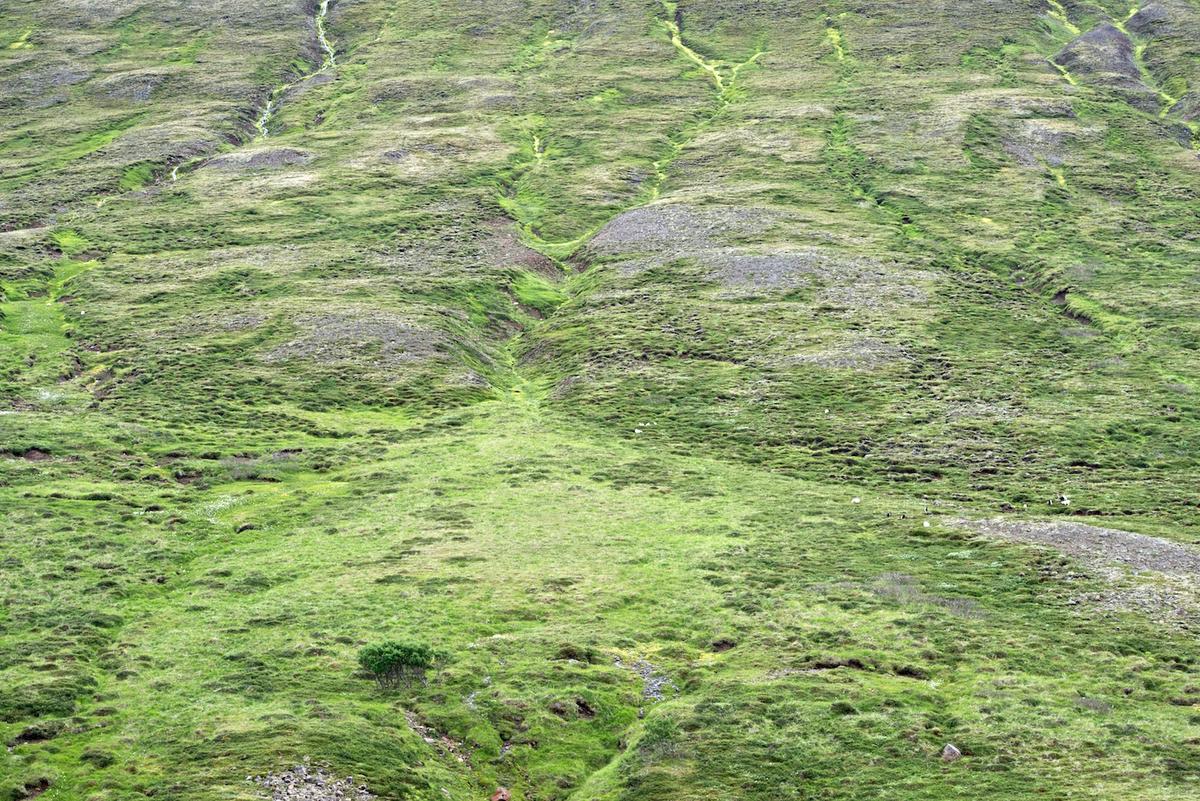 Iceland, here in the mountains, is all about water; water in glacial and rain run-off rivers that are two different colors, streams, waterfalls and rock falls, with this intense green moss that holds water like a sponge and is a color you can't believe it doesn't come out of a Day-Glo spray can called "Chartreuse": 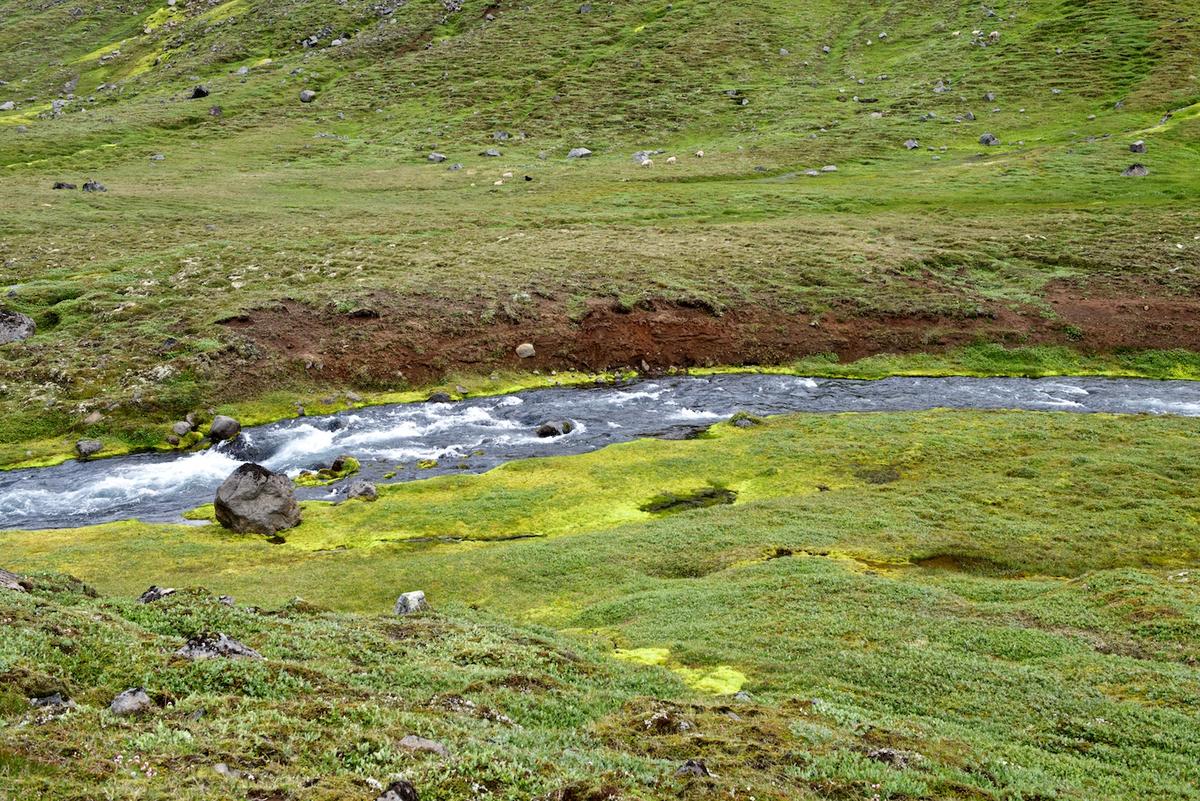 We came across a touristy waterfall where I followed around twin blond haired blue fleece-shirted boys: 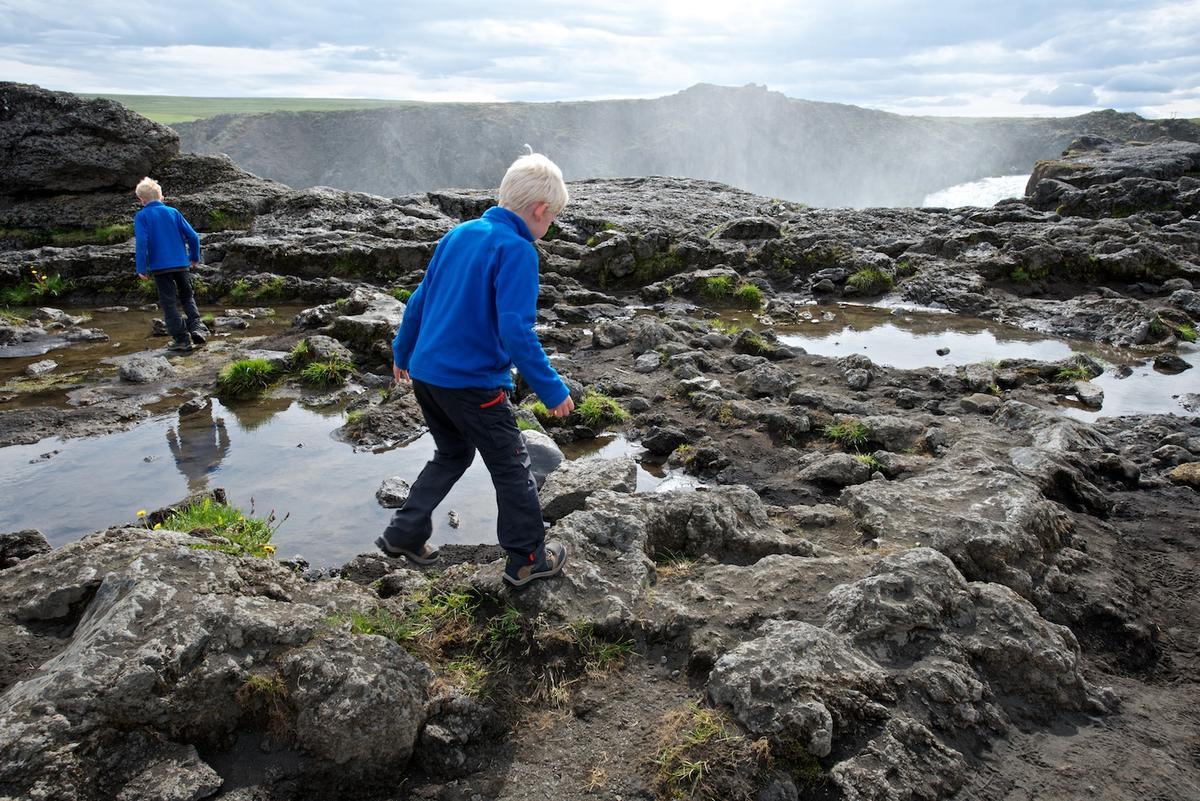 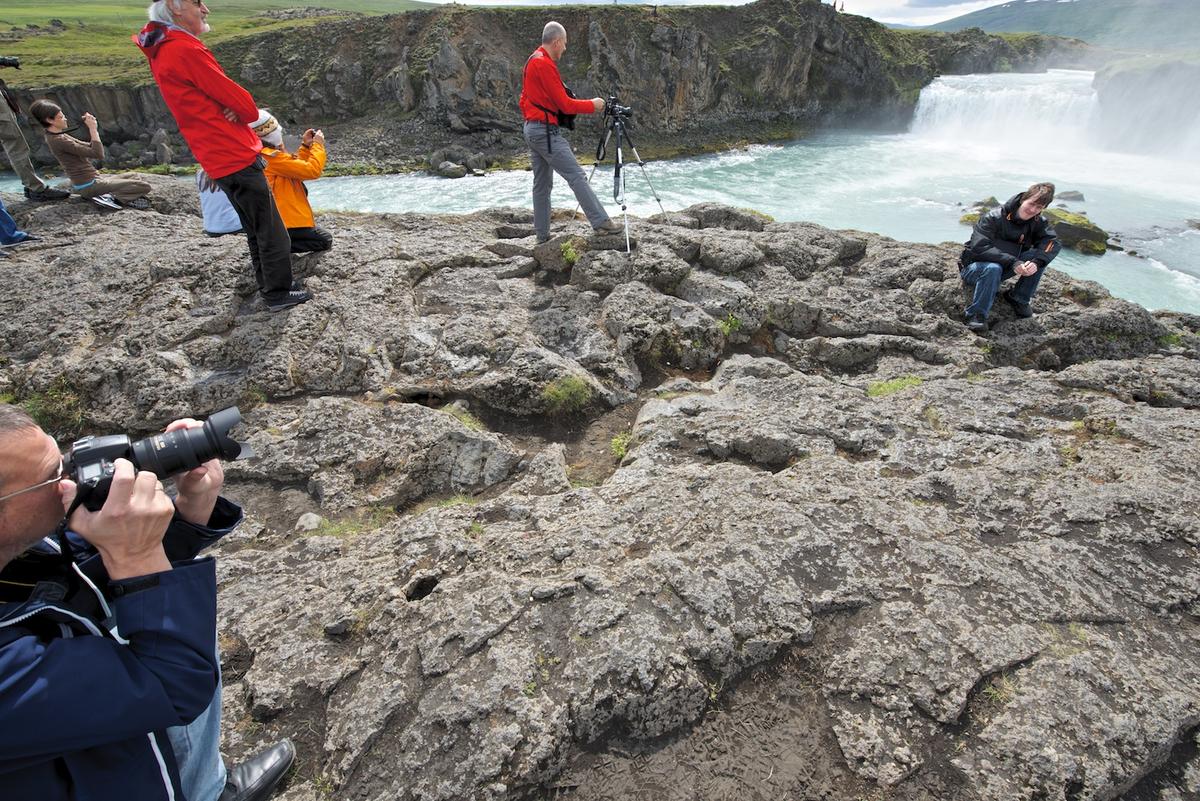 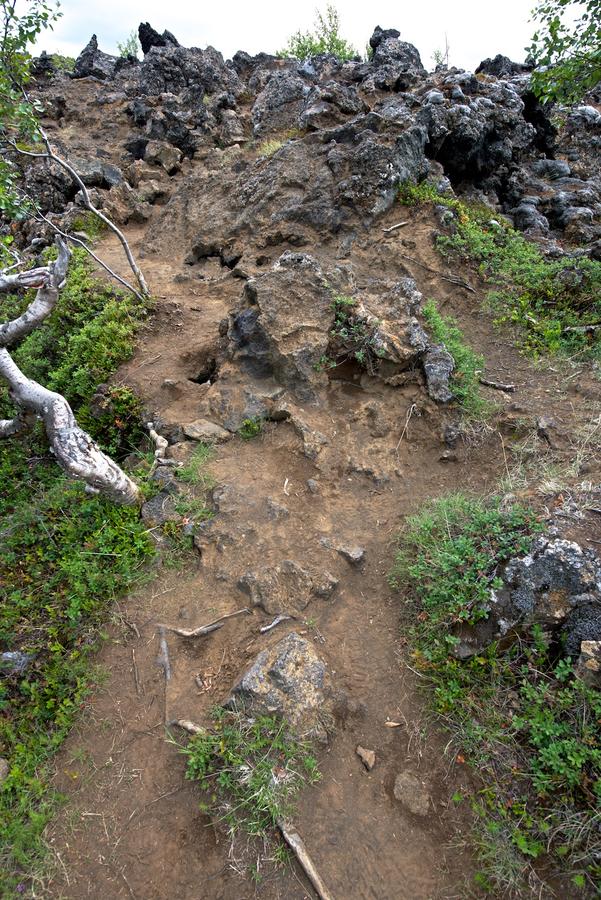 and, after a search, to a lava field: 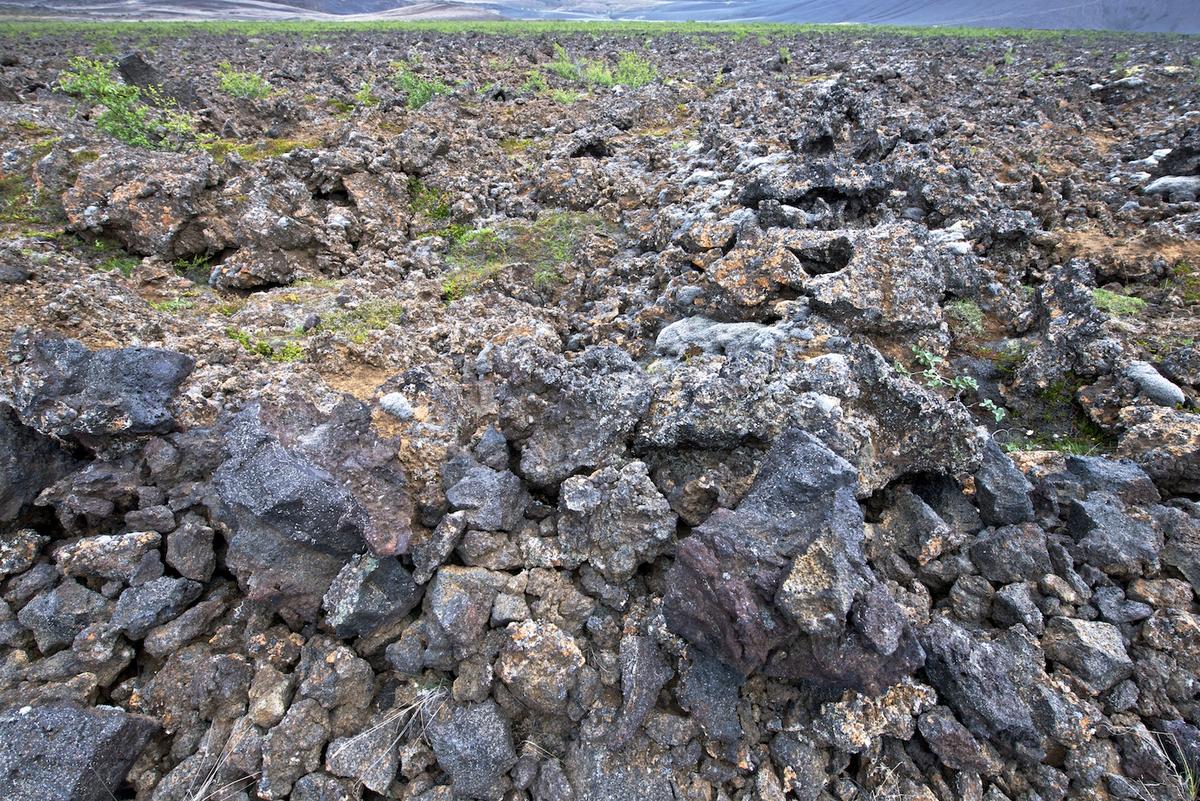 where Finnur had been as teenager on a date to swim by climbing down a crevasse to a hot pool: 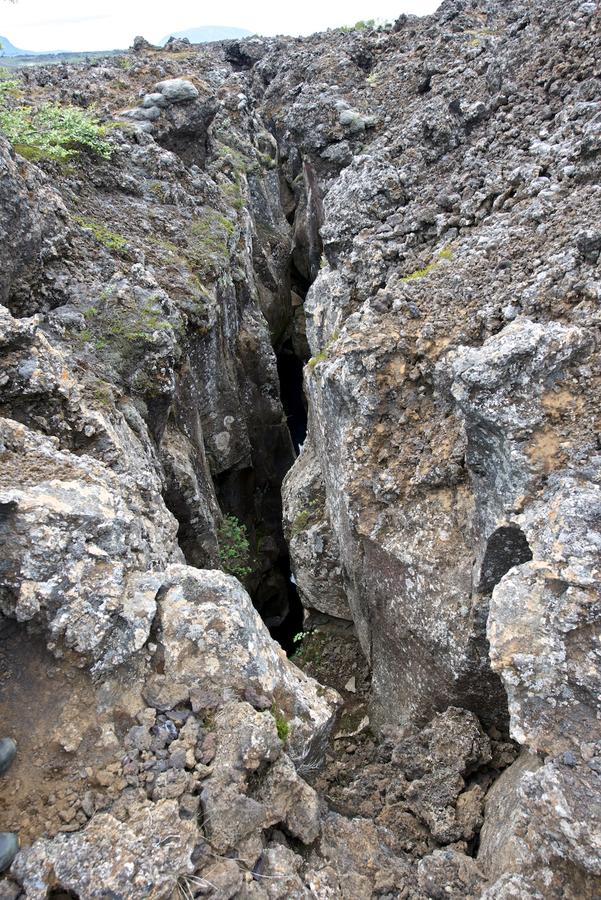 to a hot bath filled with noisy French having the time of their lives: 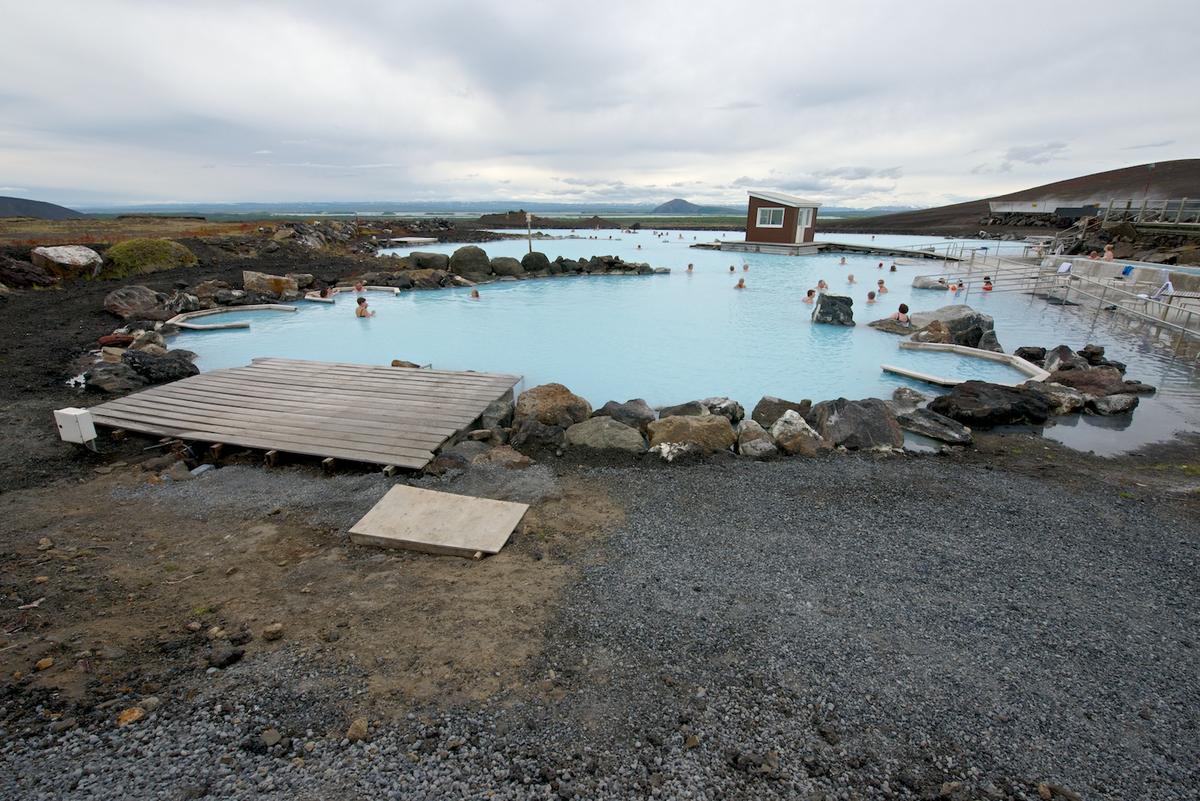 Did we go in? Was the water blue? Of course we did.

I'd better stop here. This may be too much for you to to take in just one sitting. At any rate, we stopped for the night at Finnur's cabin, or retreat or hut or get away man-cave (that he'd had moved from farther south a few years ago) and bar b'que'd lamb chops on the grill, drank beer, and told stories as guys do that may have been a little off color at times and laughed and went to bed.

Reminder: as always, click on an image and it will increase all the photographs in the post in size.