(Disclaimer: I know, I haven't held up my end of the bargain. I've promised a few posts but not delivered. I owe you an artist profile on the Baer resident Scott Johnson and, if you read Finnur's Trip 1, at the end of that one I promised a second post about my two day trip off road  with Finnur in Iceland. I haven't forgotten and  will get there.)

I returned home from Iceland about 48 hours ago and have started to work on pictures made while there. This part isn't hard, to slide along frame shot after frame shot, in Aperture (or Lightroom) just seeing what I've done. It is one of my favorite parts, to see on a big display my efforts for the first time. This also can be when I realize that a disaster has happened. Like when I did an expensive aerial shoot one late afternoon in October, where I was forced into lower shutter speeds because of decreasing light, only to find that I had nothing sharp from the whole shoot. I click off  "three star" frames either worked on or deemed worthy, try to put my head back to what I was thinking as I made the pictures, take a look at the camera settings, what lens I had on the camera, the shutter speed to tell me tripod or not. Metadata are the supplier of the mechanics of photographing now and hugely important.

About a week ago we went on a boat trip to see our part of the Iceland coast from the water, look for whales and dolphins, both of which we saw, and maybe make a few pictures. It was gray and cold, but not raining and not windy. We left Hofsos in the morning, and cruised up the coast, past Baer and along the natural rock causeway to the Cape, the large island (which is not really an island as it is  joined to the mainland by two rocky causeways) seen from my studio window: 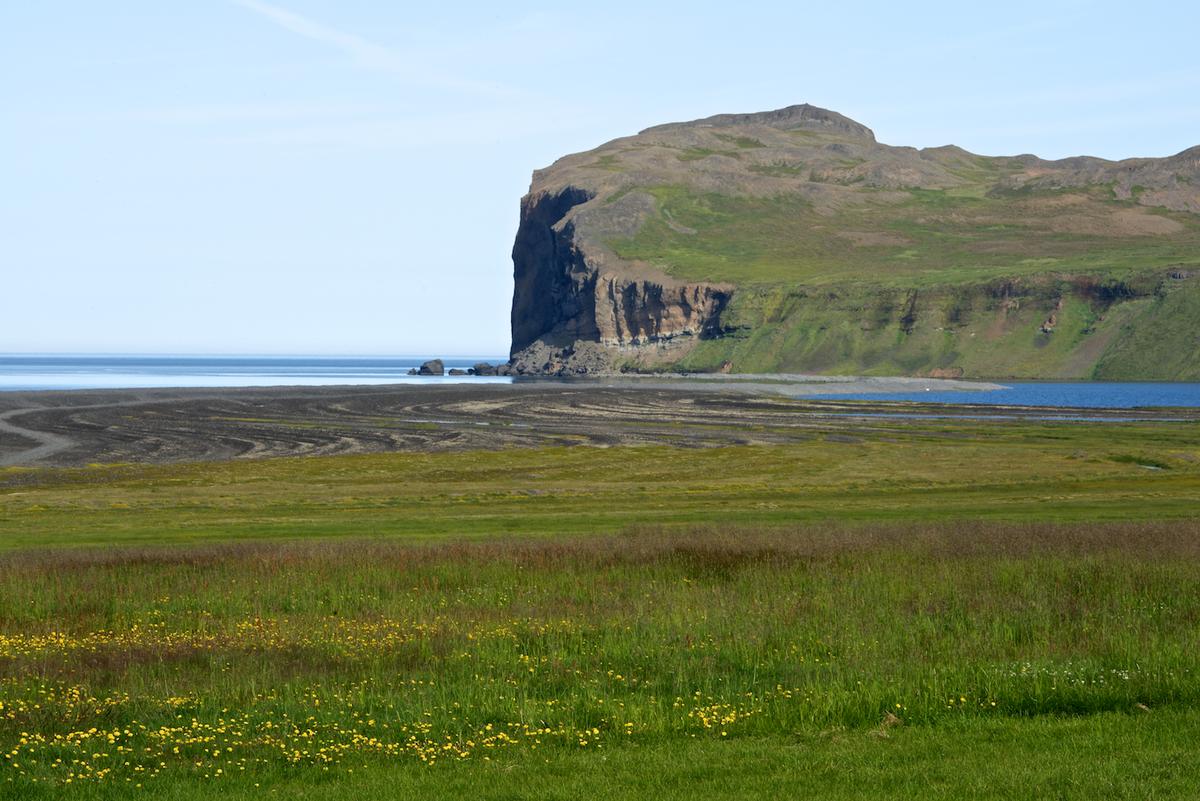 or, even better , from the air: 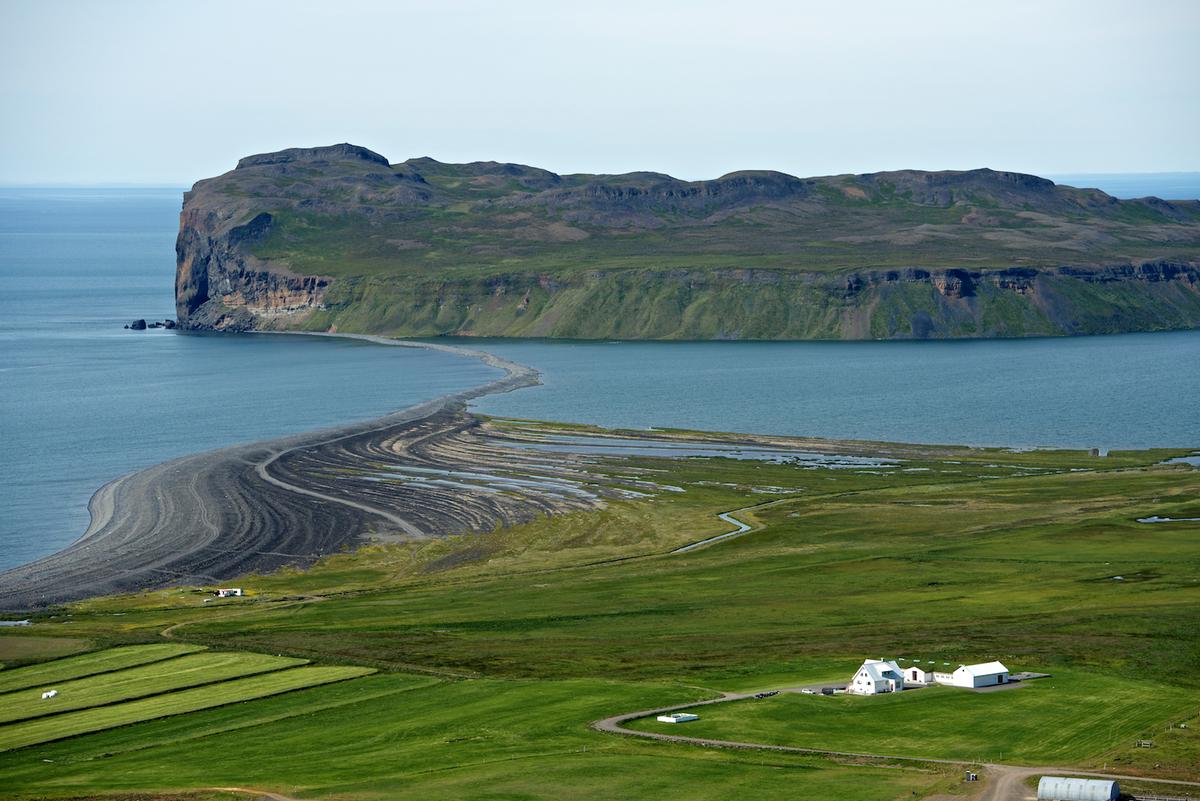 As we got closer, the captain of our little fishing boat slowed us down to a crawl and set us about 150 feet off shore: 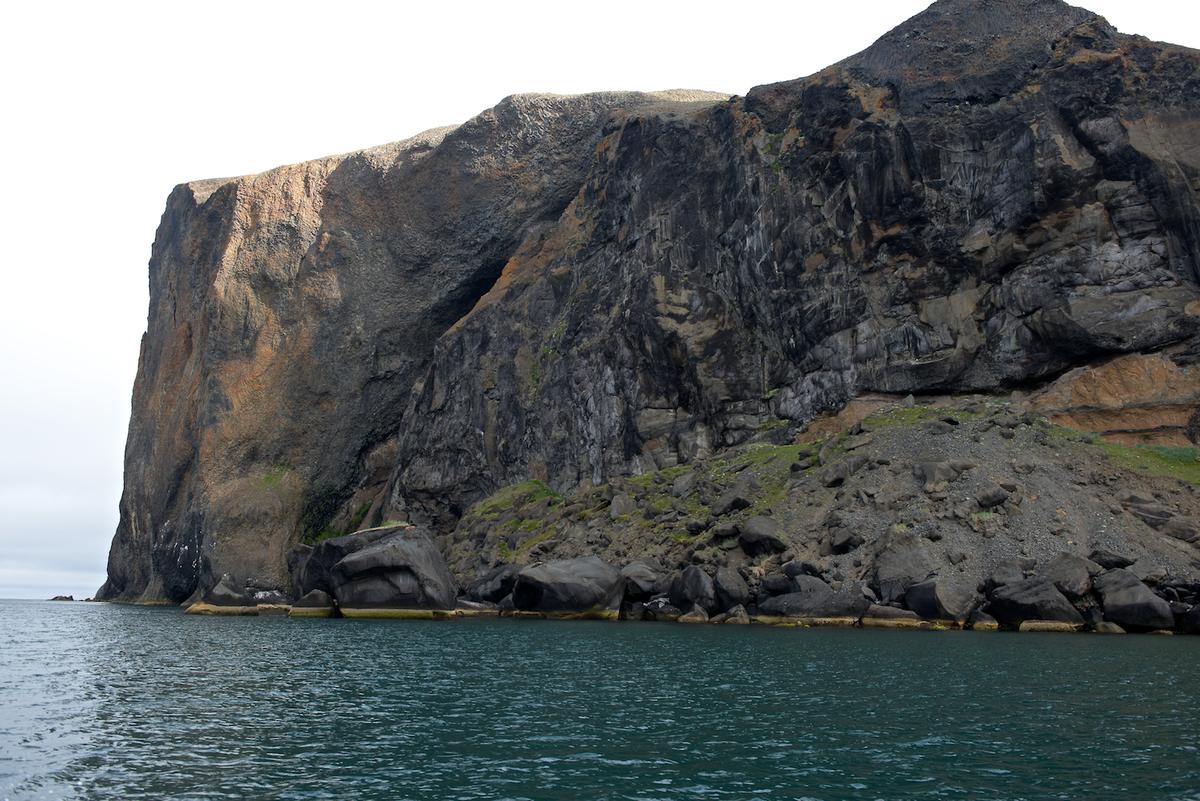 Little did I know. Take a few pictures? 496 frames later I hoped I had gotten what was there.

I just sat there in the boat, going click click click, not even moving the camera much, as though all this was somehow choreographed for photography, for capturing(?)

We can go  with one of two scenarios: High octane hyperbole or nothing, just the pictures. Your call. If you don't want all the words skip this section and just scroll down to the pictures:

Hyperbole: What was in front of us was an ancient large scale geological event and volcanic eruption, a huge upheaval of magma thrust from the crust eons ago and  then eroded by waves and wind over centuries upon centuries, something so primal and so elemental as to be formative to this earth and its making. Some kind of glimpse backwards, peering over the edge at something seldom revealed and too important not to notice. Those of us in the group in the boat chugging by this rock wall, all of us taking pictures, so many pictures, this mass, imposible to "get", to comprehend, to grapple with something so natural and so planned and somehow so ordered as though made as a tour de force, to be seen, or revealed, or shown off maybe, I don't know, but just to be in the presence of all of this is too much, never before dreamed of or imagined that this could exist. What does this place justice?  Perhaps, to not make pictures of it, to not contain as much of it as possible "in the can" , to not want to bring it home to own it and maybe preserve it. Again, I don't know. What I do know is that to be in the presence of this cathedral of rock, this monument to violent upheaval and extreme forces was a real honor and left me speechless and humbled, reduced in self importance or indeed so small when compared to something so big and powerful.

Or here, with no superlatives, just the pictures: 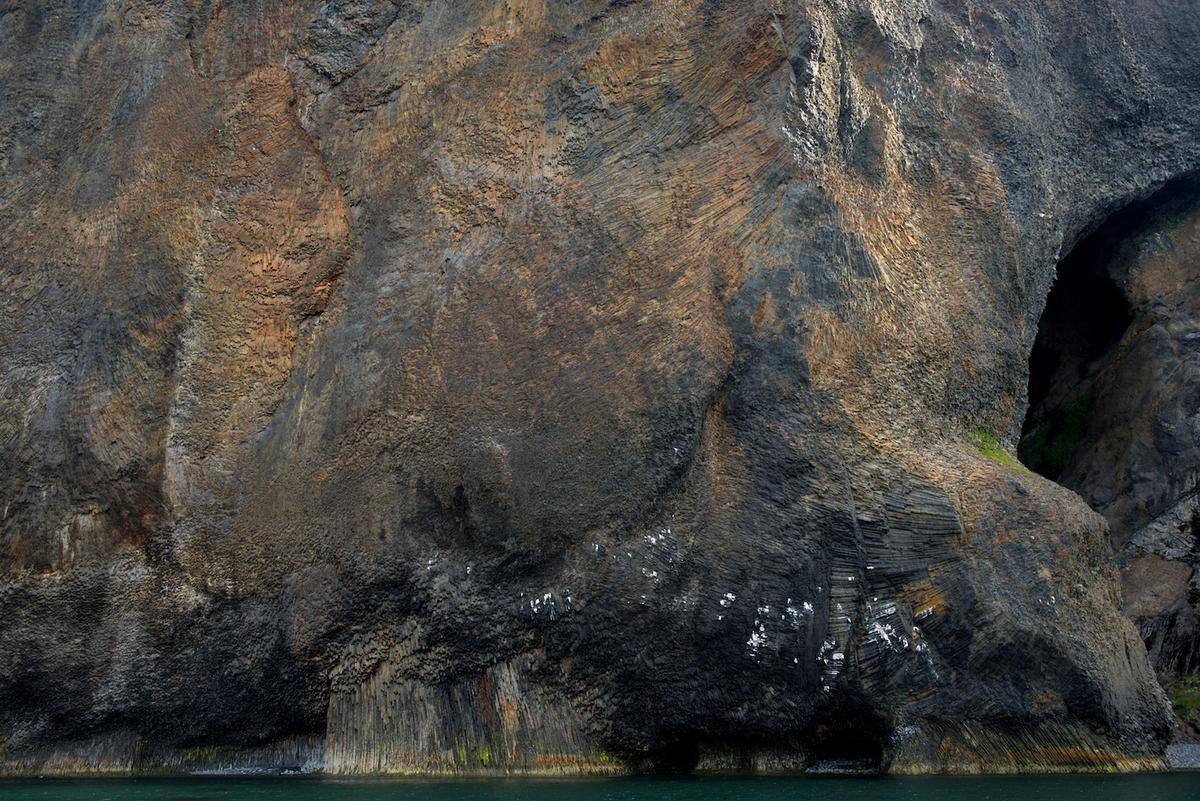 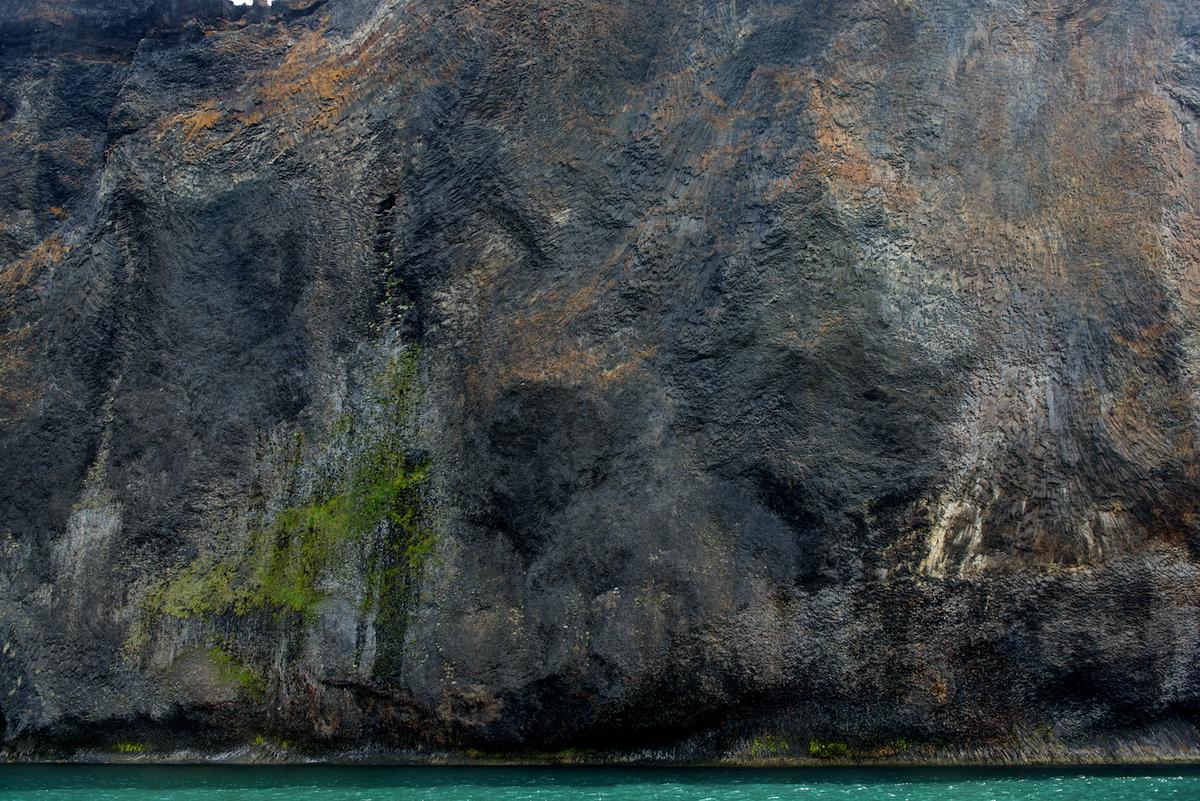 If you're looking at these on a good display, click on an image and it will get larger so you can see it better. 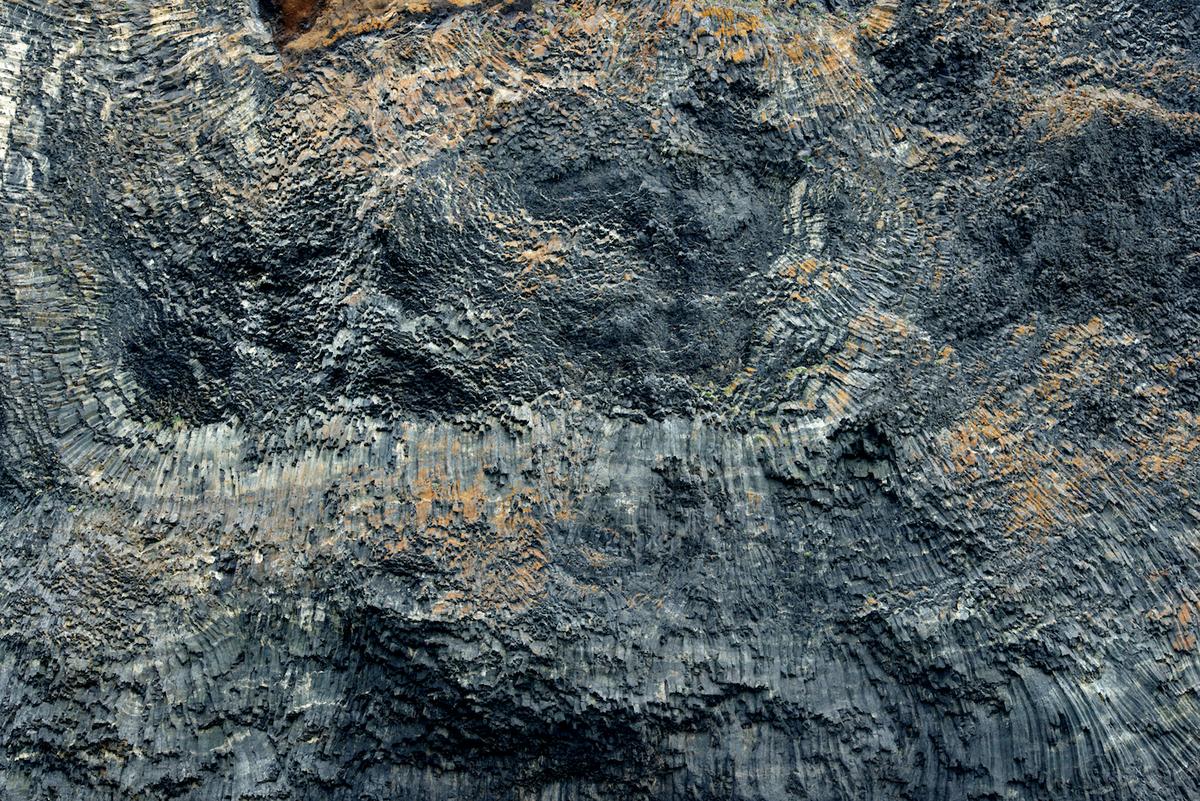 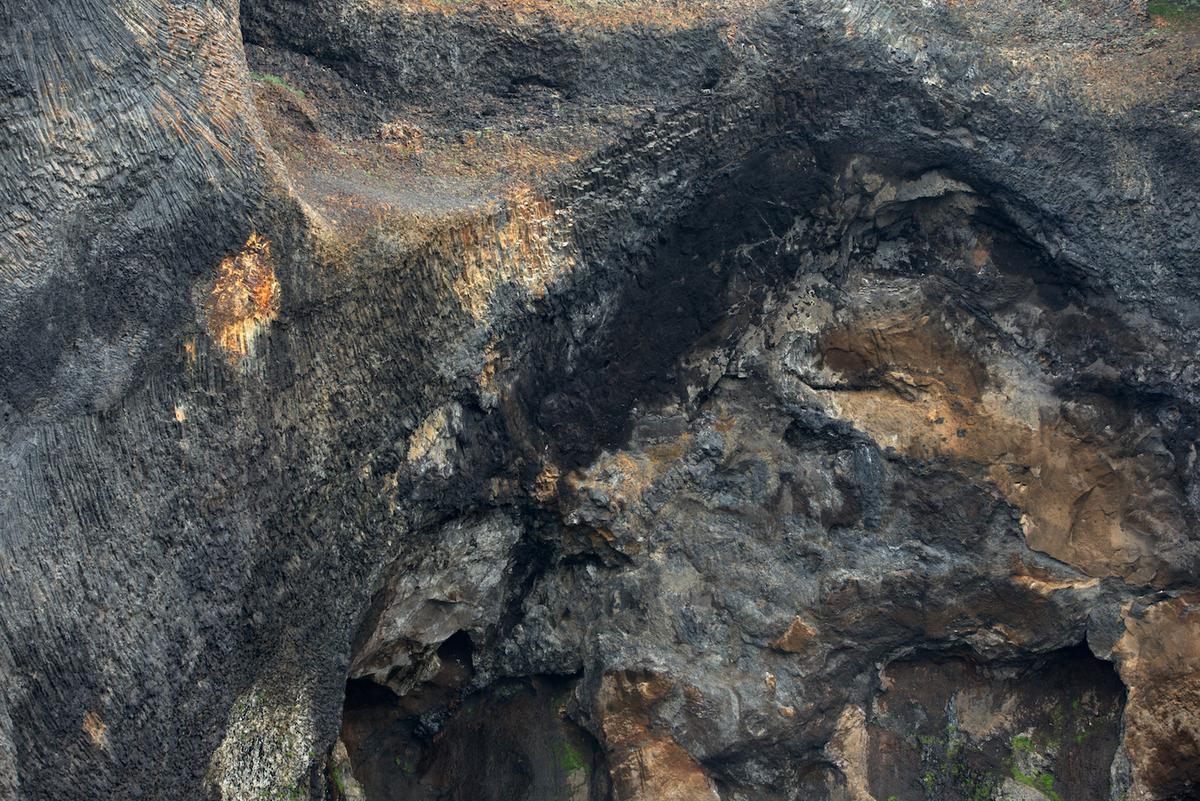 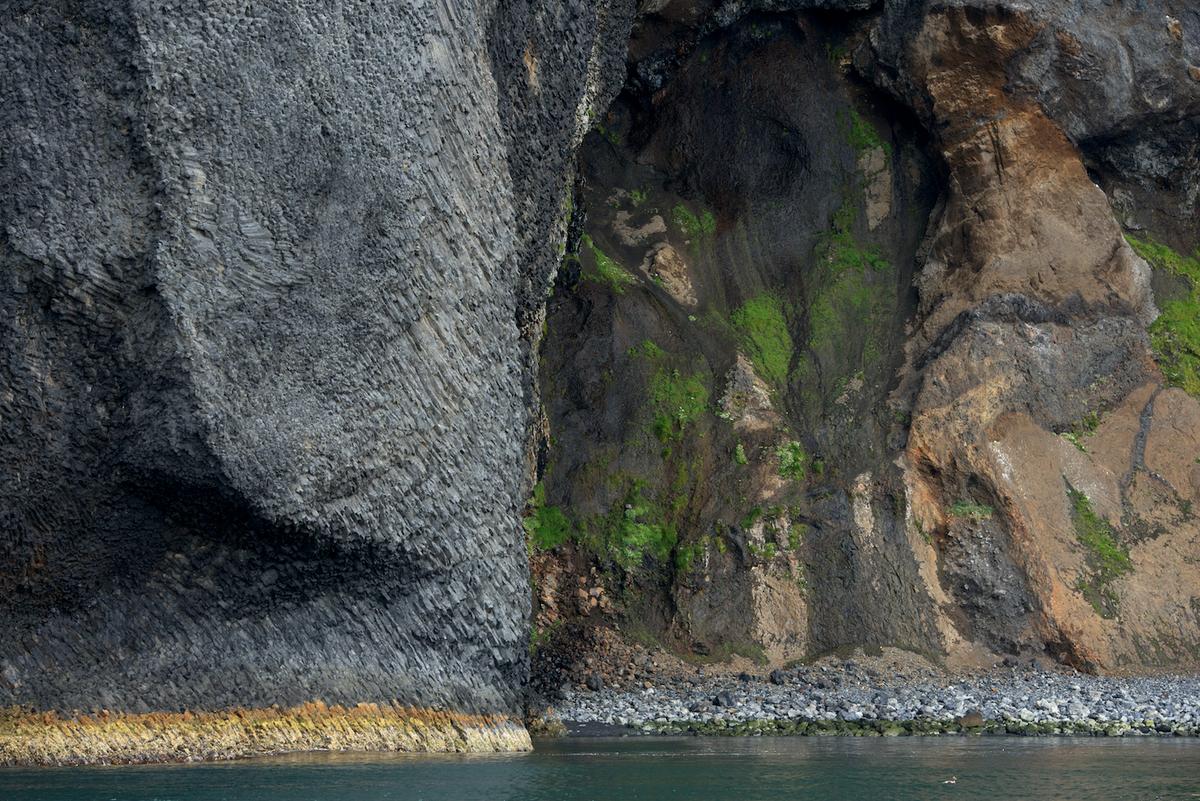 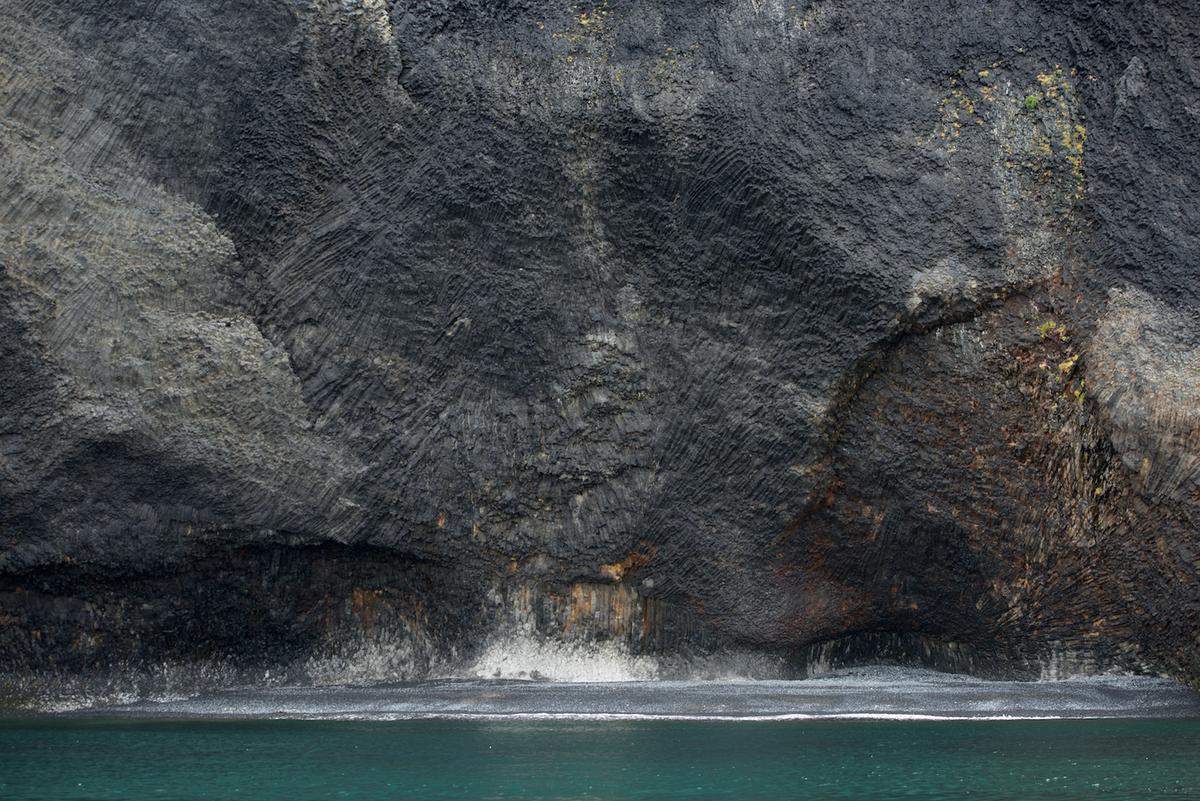 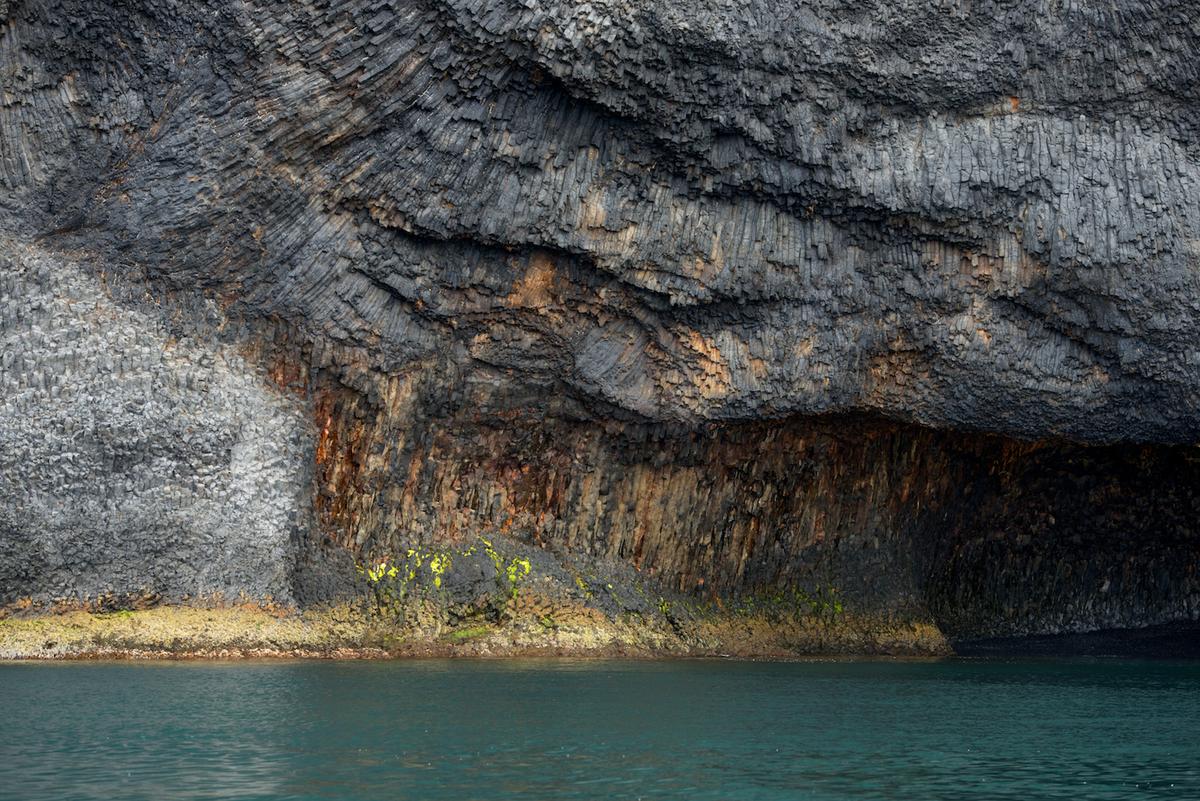 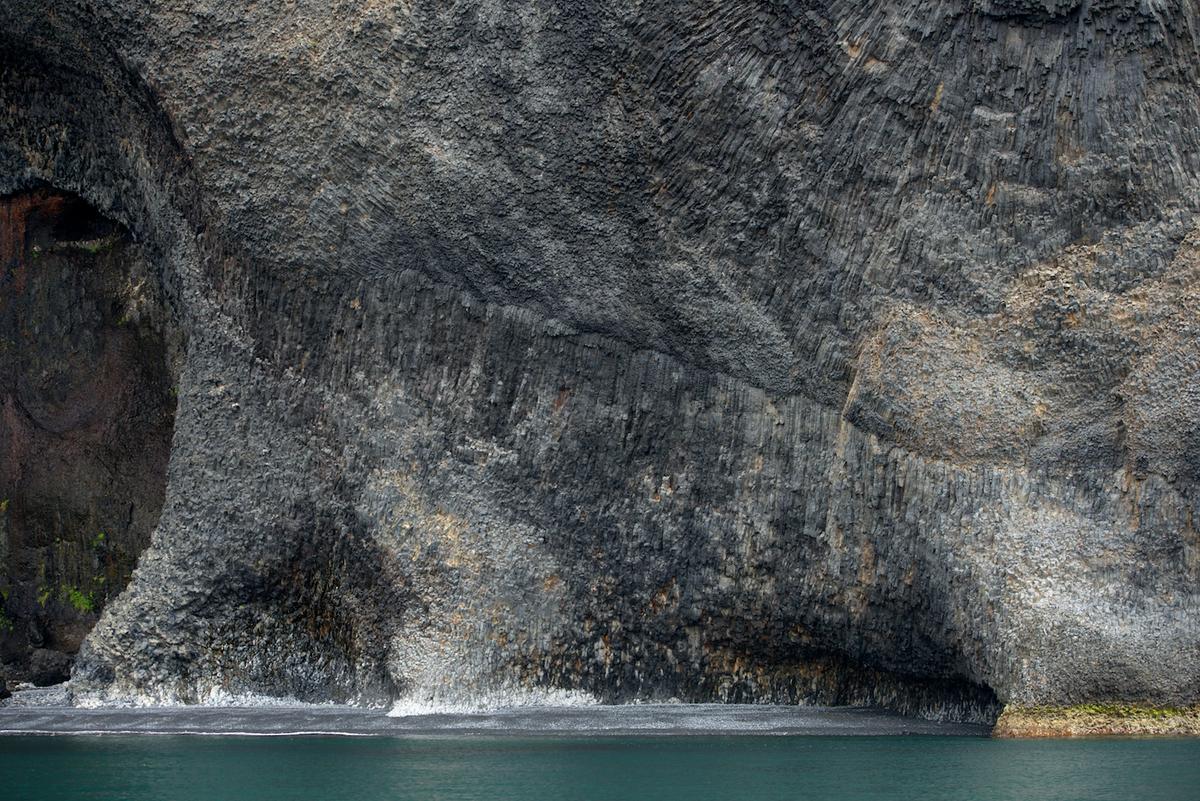 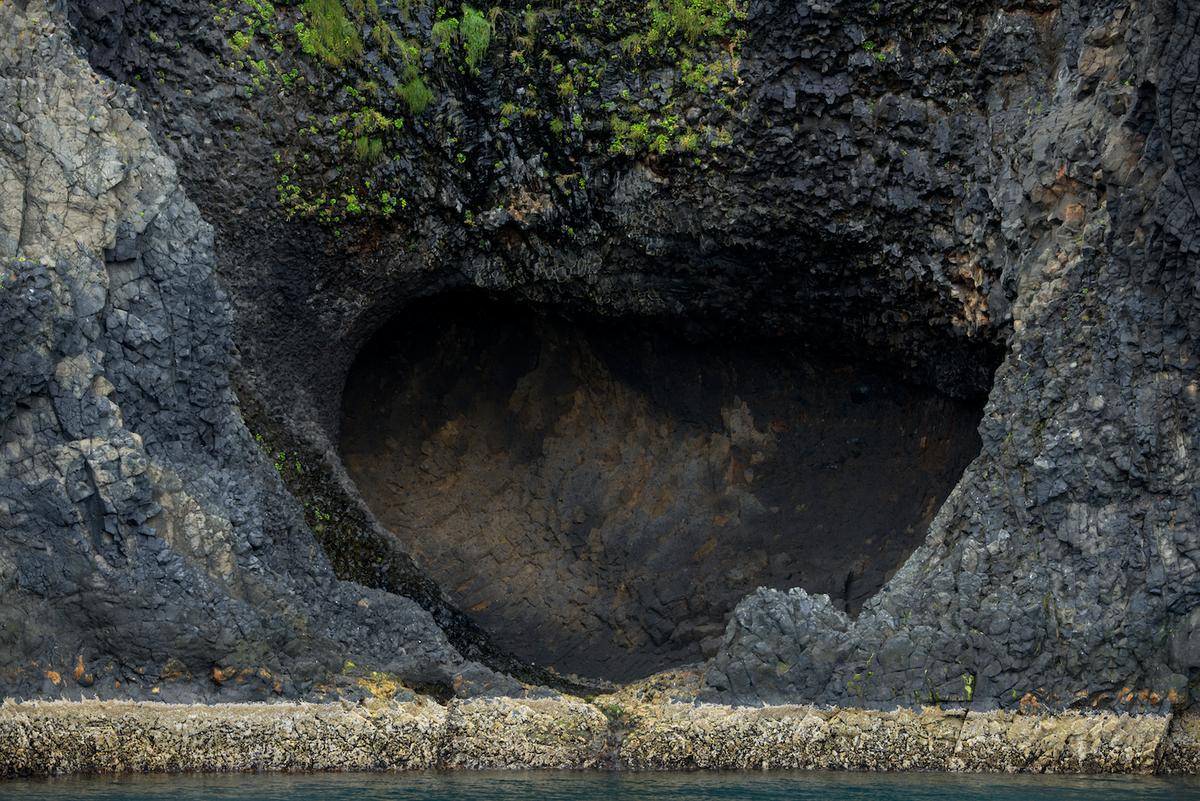 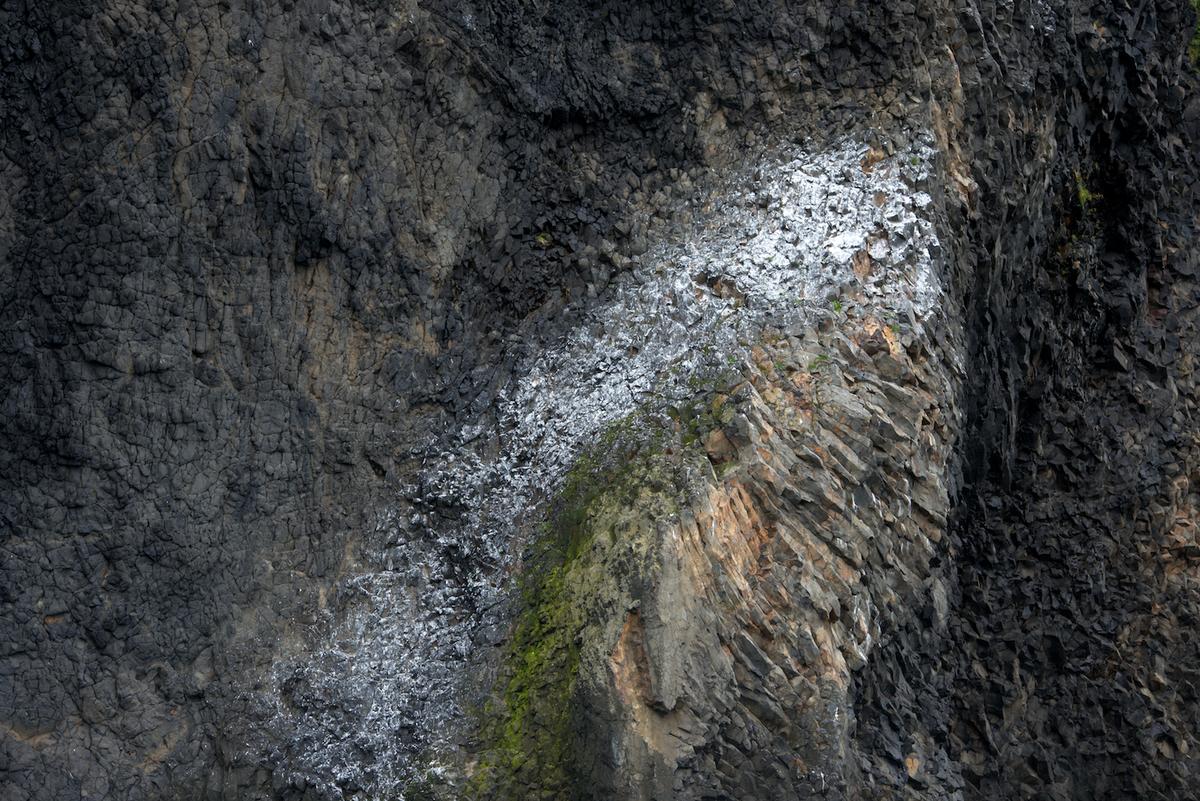 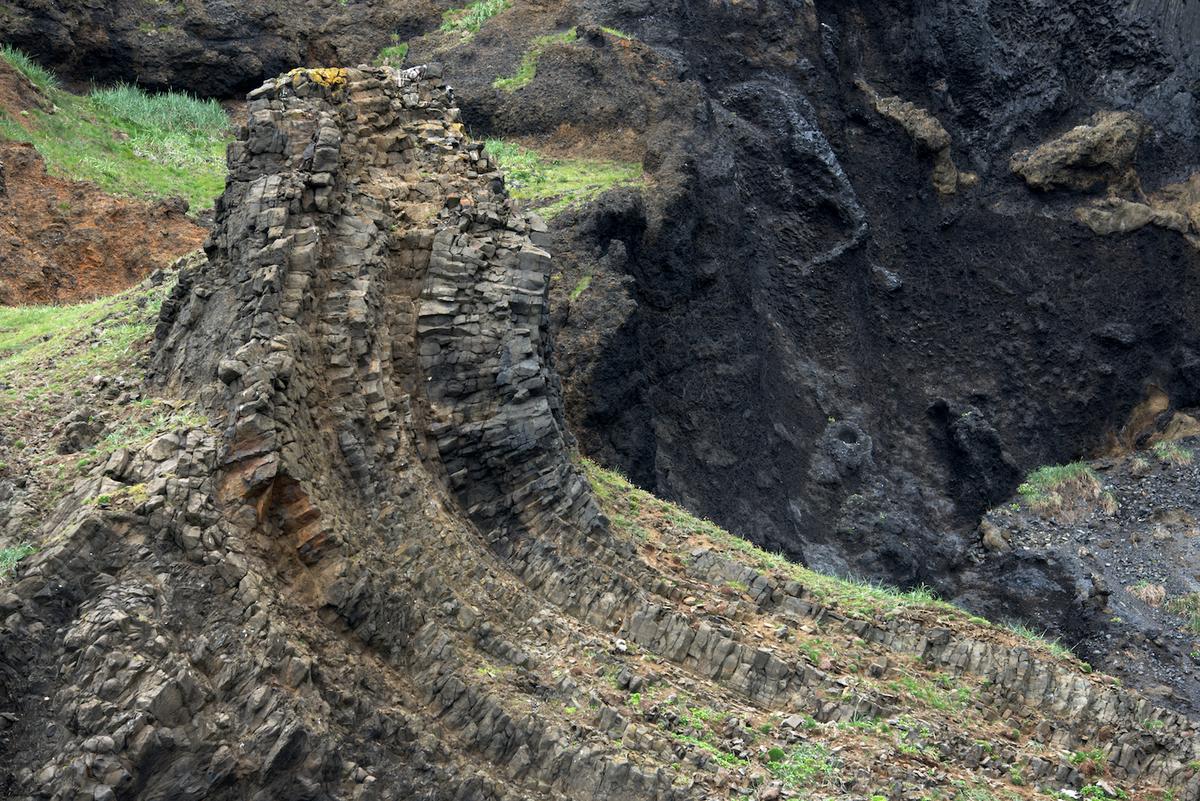 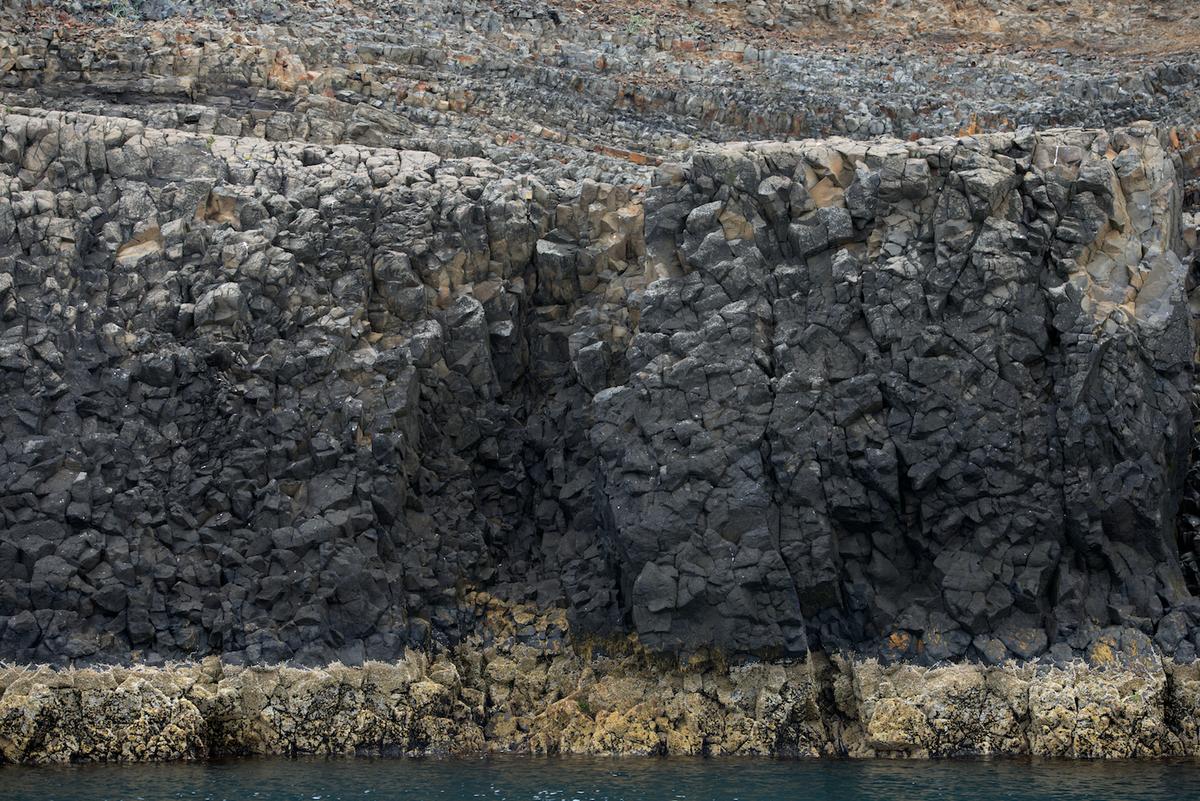 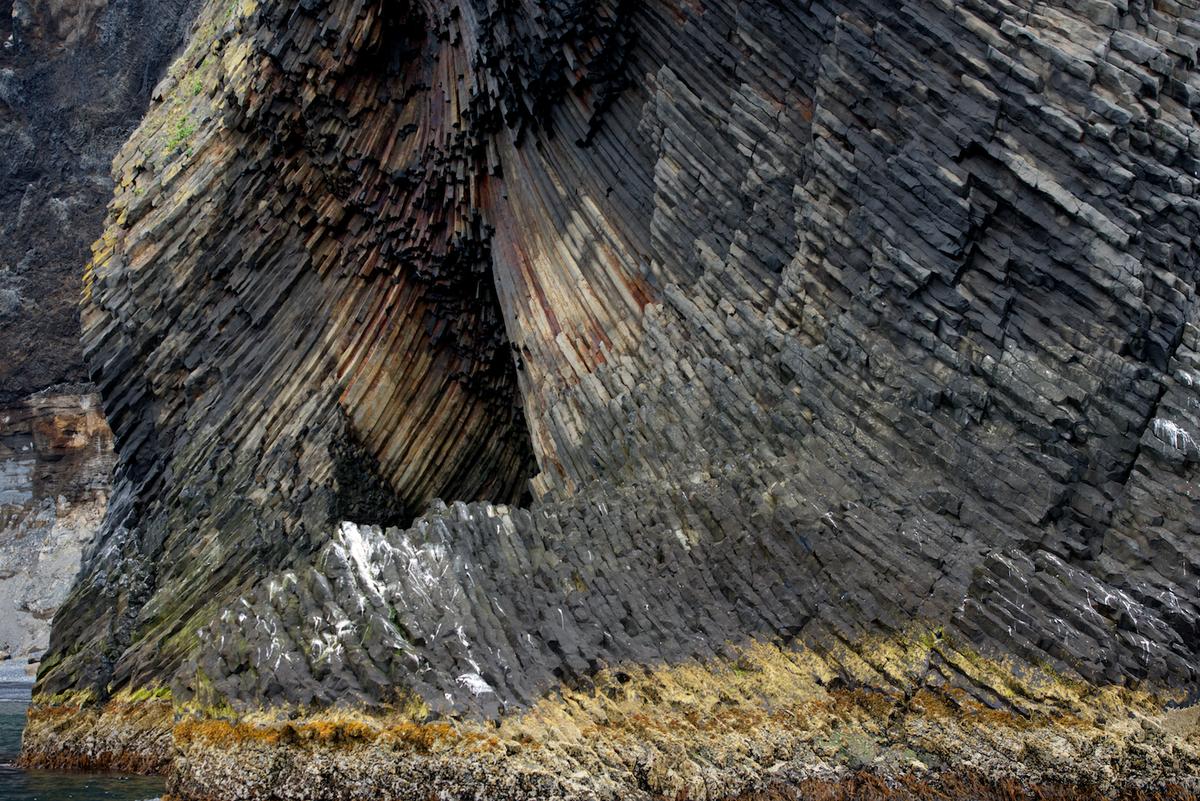 and finally, this is a look back at where all the above came from: 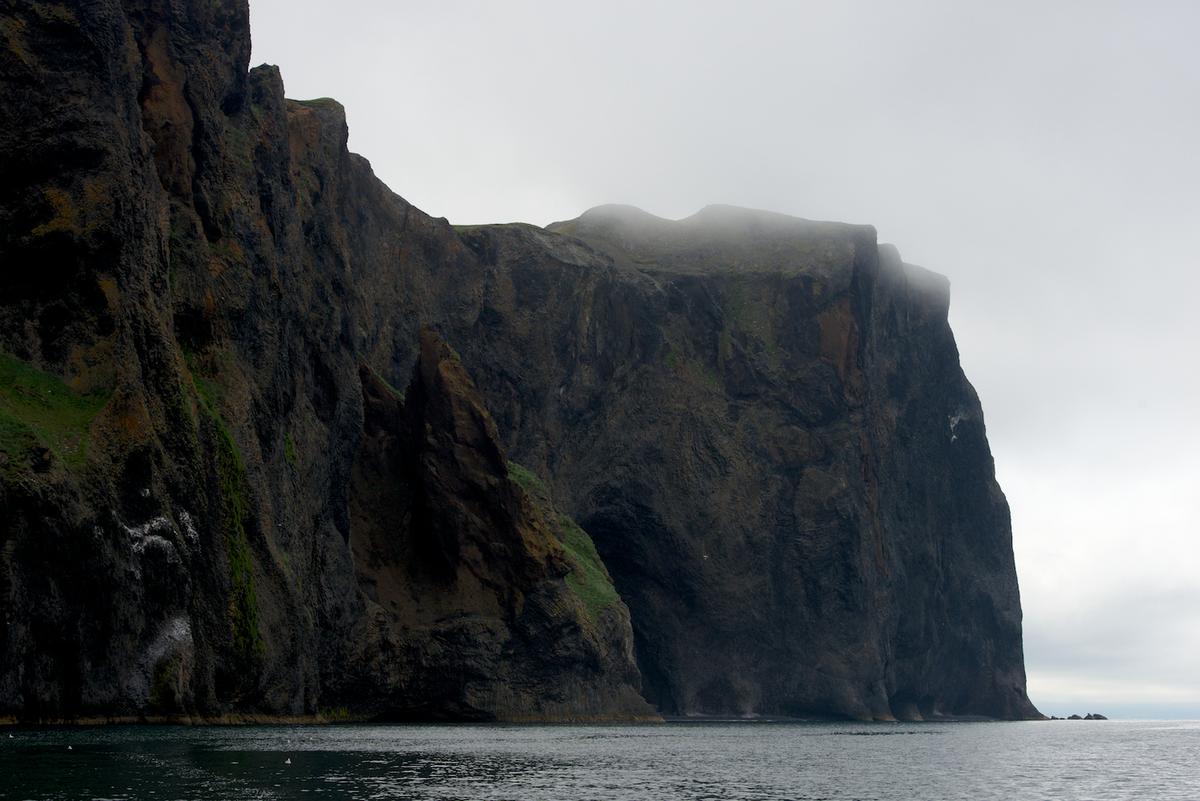 A caveat: As I look at this post on my display the pictures contained are a little less than 6 inches across. This is a really poor representation of what is going on here and supports my contention that prints are king. The best way to see original art is to be in front of it, not some electronic facsimile.  To have the prints before you, at 21 x 14 inches, viewed in good light, in a pleasant environment with perhaps others who are interested in looking along with you.

One way to do that is to go to a gallery to look at work. Another is to visit the artist in his/her studio, by invitation. Both are easy: the former by calling 555 Gallery in Boston and saying you'd like to see Neal Rantoul's Iceland Rock pictures an the latter by contacting me directly: Neal's Email