How old are you? Are you American?

If you're a certain age, over maybe 40 or so, brought up in the USA, you do know what this was. Ho Jo's was Howard Johnson's, one of the first real franchise operation in the US and very popular before McDonald's took over. By the 60's it had morphed into Howard Johnson's Motor Lodge.

Amazon has a good decription:

Howard Johnson created an orange-roofed empire of ice cream stands and restaurants that stretched from Maine to Florida and all the way to the West Coast. Popularly known as the "Father of the Franchise Industry," Johnson delivered good food and prices that brought appreciative customers back for more. The attractive white Colonial Revival restaurants, with eye-catching porcelain tile roofs, illuminated cupolas and sea blue shutters, were described in Reader's Digest in 1949 as the epitome of "eating places that look like New England town meeting houses dressed up for Sunday." Boston historian and author Anthony M. Sammarco recounts how Howard Johnson introduced twenty-eight flavors of ice cream, the "Tendersweet" clam strips, grilled frankforts and a menu of delicious and traditional foods that families eagerly enjoyed when they traveled.

This serves as the introduction to the book:

Now, they are gone or are derelict. 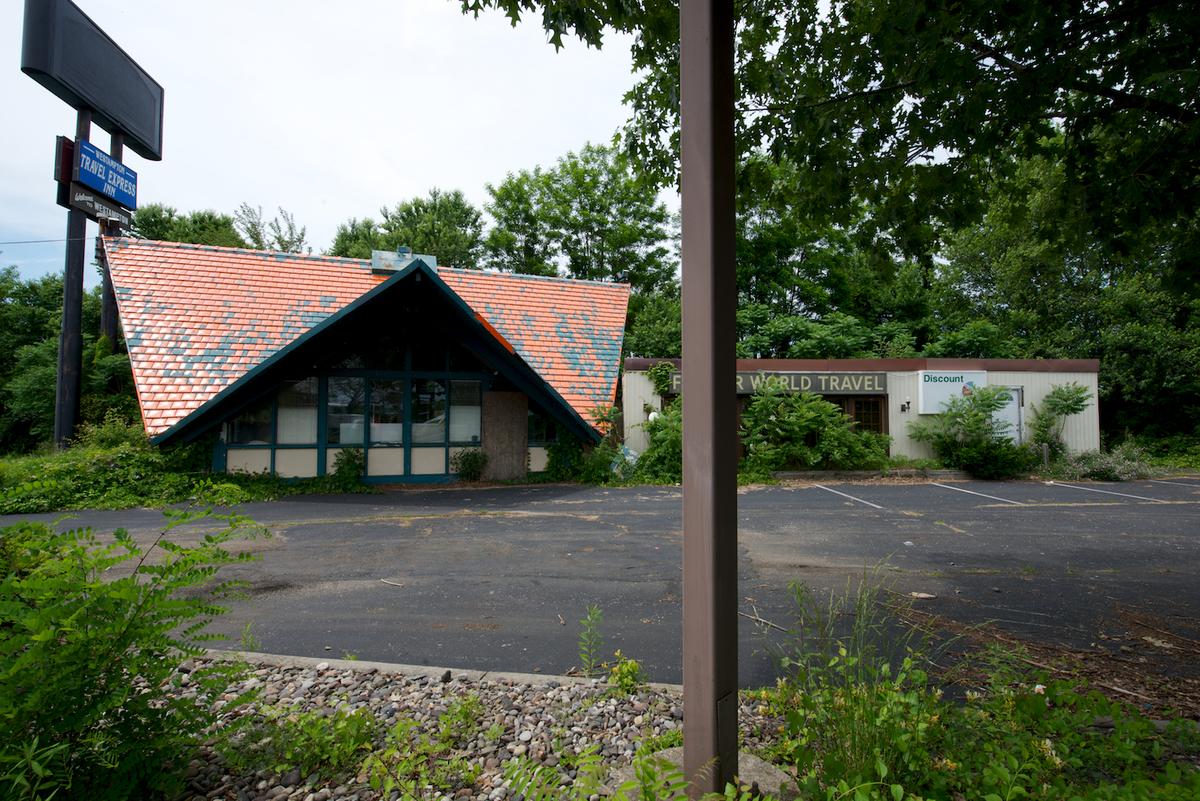 I found this one outside of Princeton, NJ on Route 1. Sad ending to a business made for a different time, a different America. 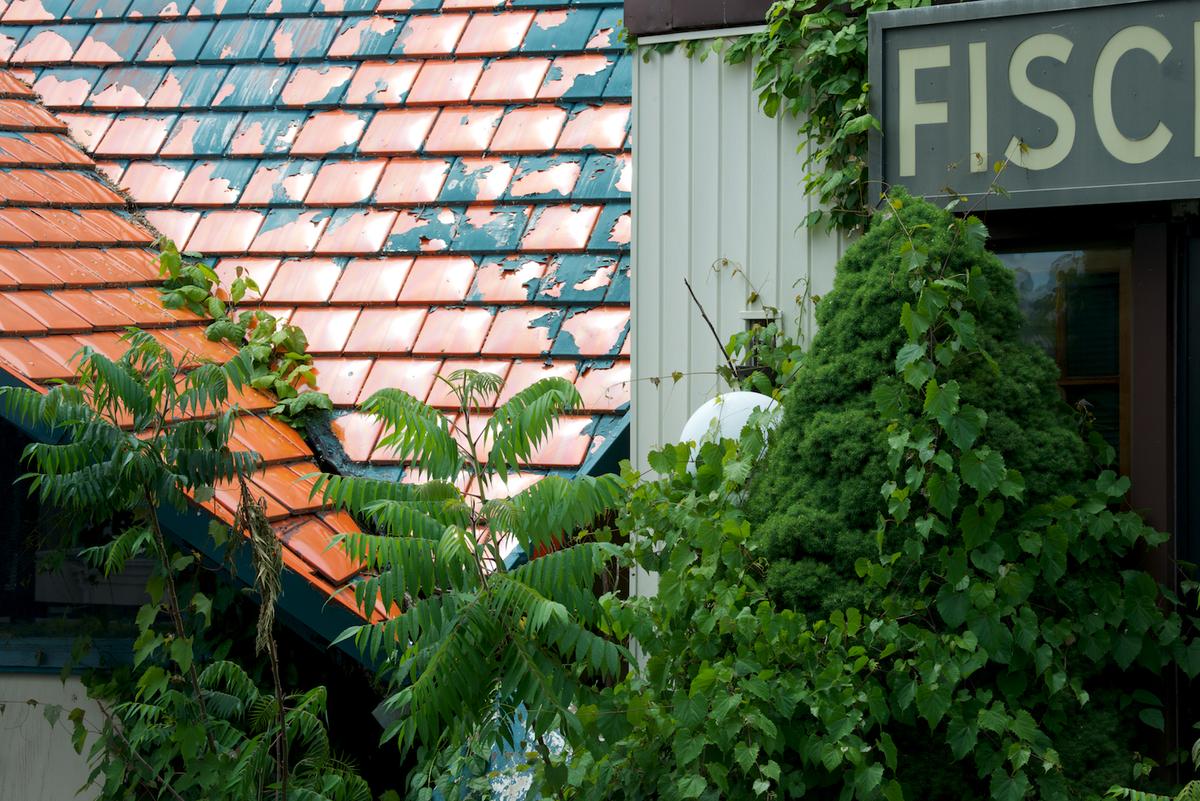 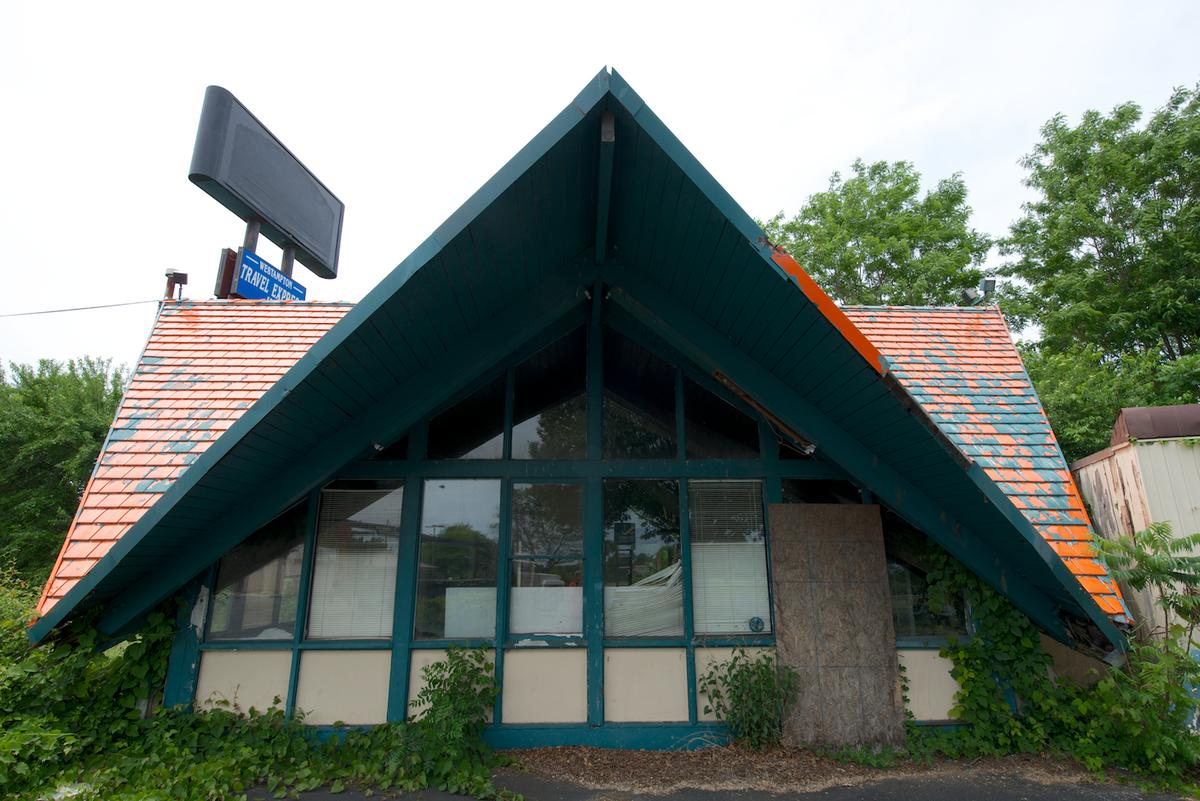 This one in particular had been a travel agency after it was no longer a HoJo's. That failed too, evidently. This one had a motel too-a Howard Johnson's Motor Lodge. 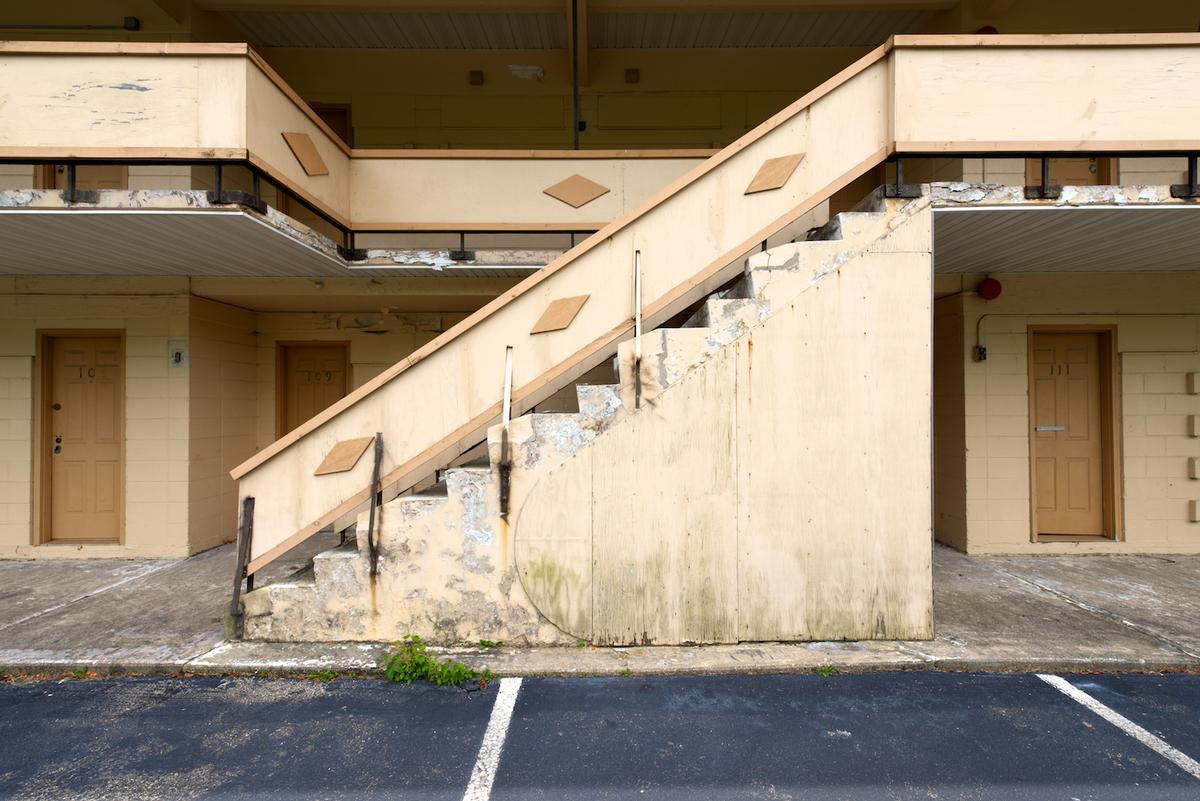 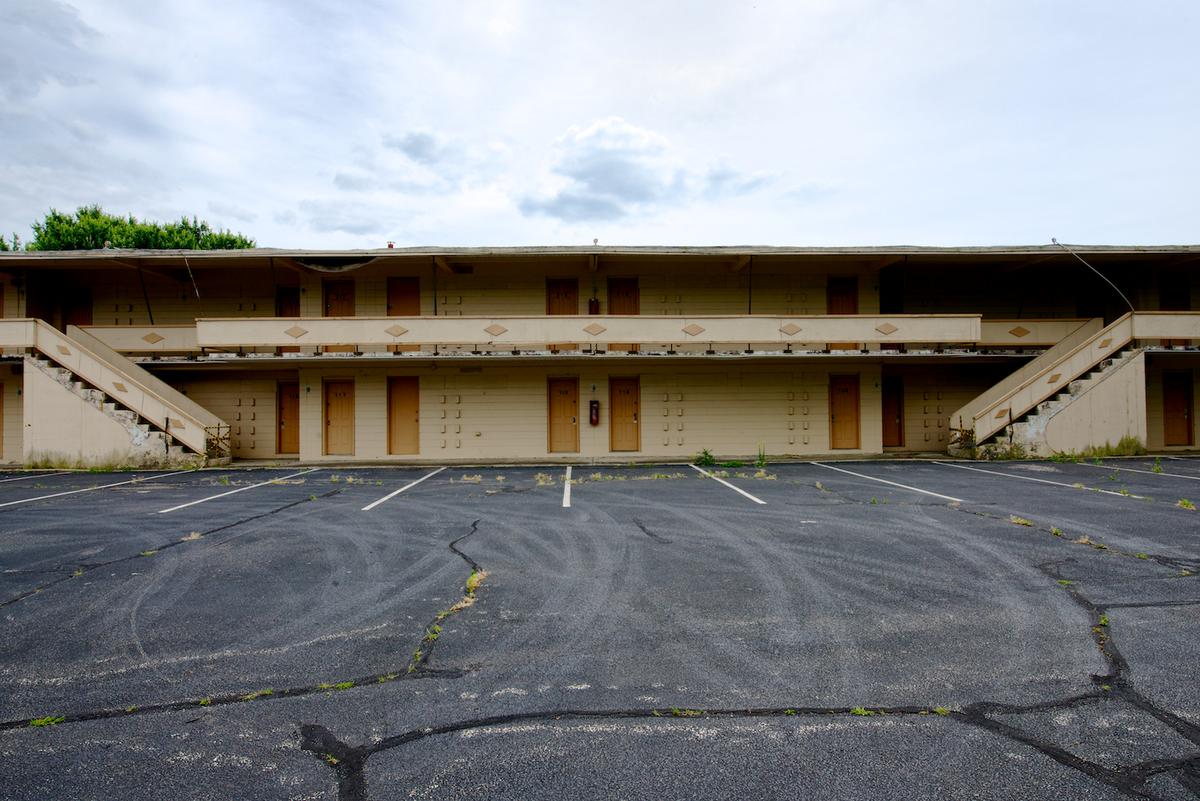 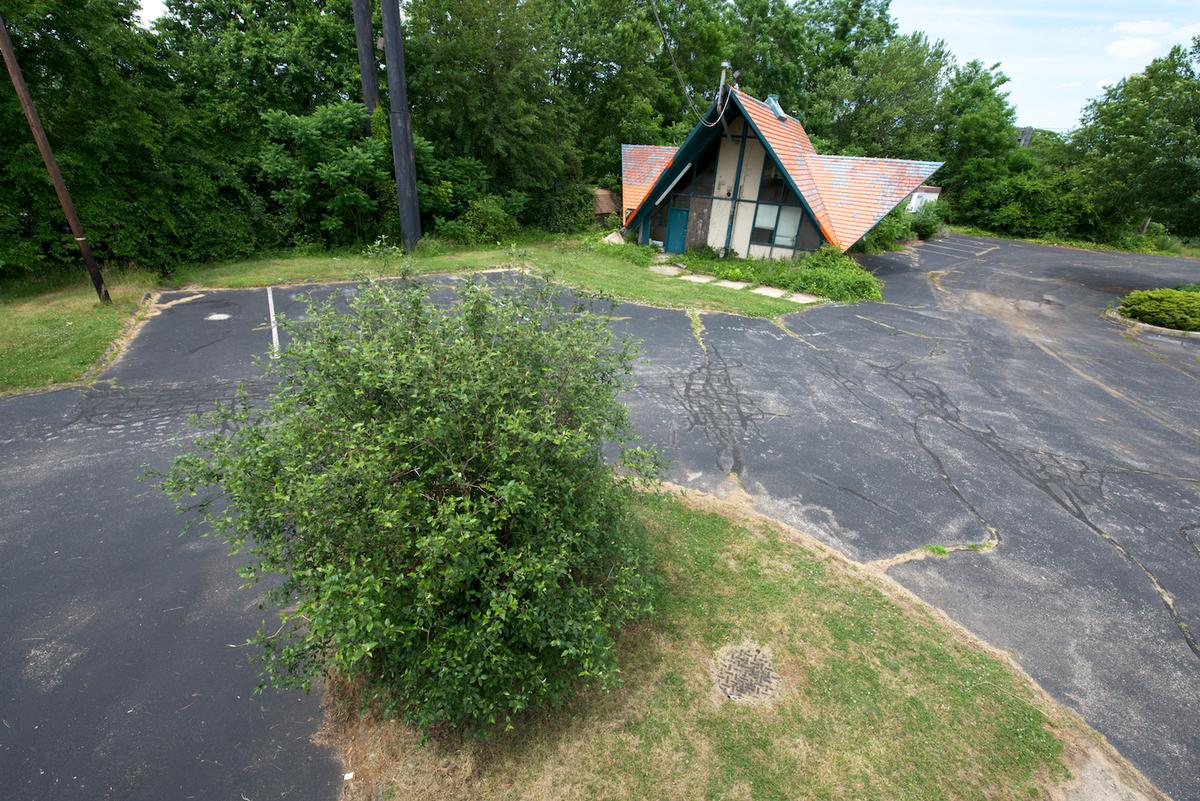 I can't help but think of the history contained here; the family with two kids arriving in the summer, sandy feet from the day at the beach, checking in, parking in front of their room for the night, kids excited, the station wagon loaded up with luggage and blow-up plastic pool toys. Or, during a snow storm in the winter, the illicit hook up with the married car salesman and the counter girl who works at the diner meeting here for a one night stand. Or the long haul trucker, maxed out on caffeine booking in mid week late at night, exhausted. Or the young PHD, flying in from the West Coast and checking in for one night as he has an interview first thing the next morning at Princeton for a job he will not get to teach English. Or finally, a Gary Winogrand or a Robert Frank or a Lee Friedlander needing a place to crash after a long day of driving and photographing, road warriors of a specula ilk, hard core recorders of a very different America in the  60's and 70's. 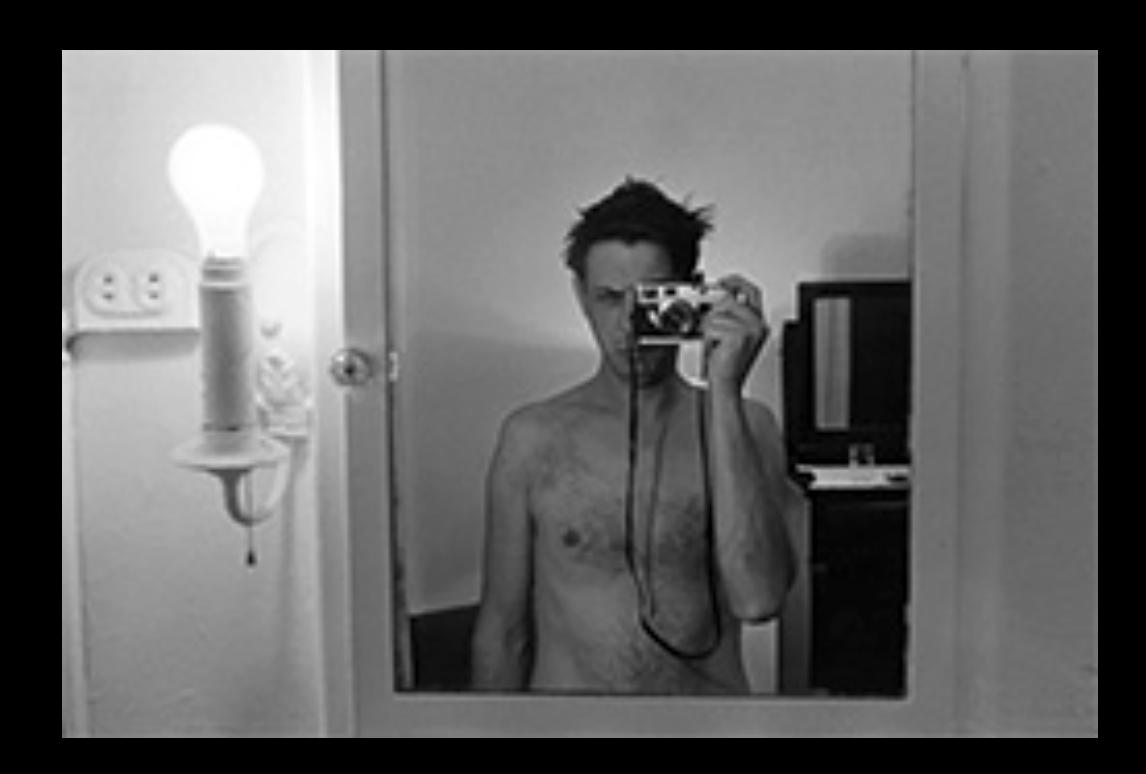 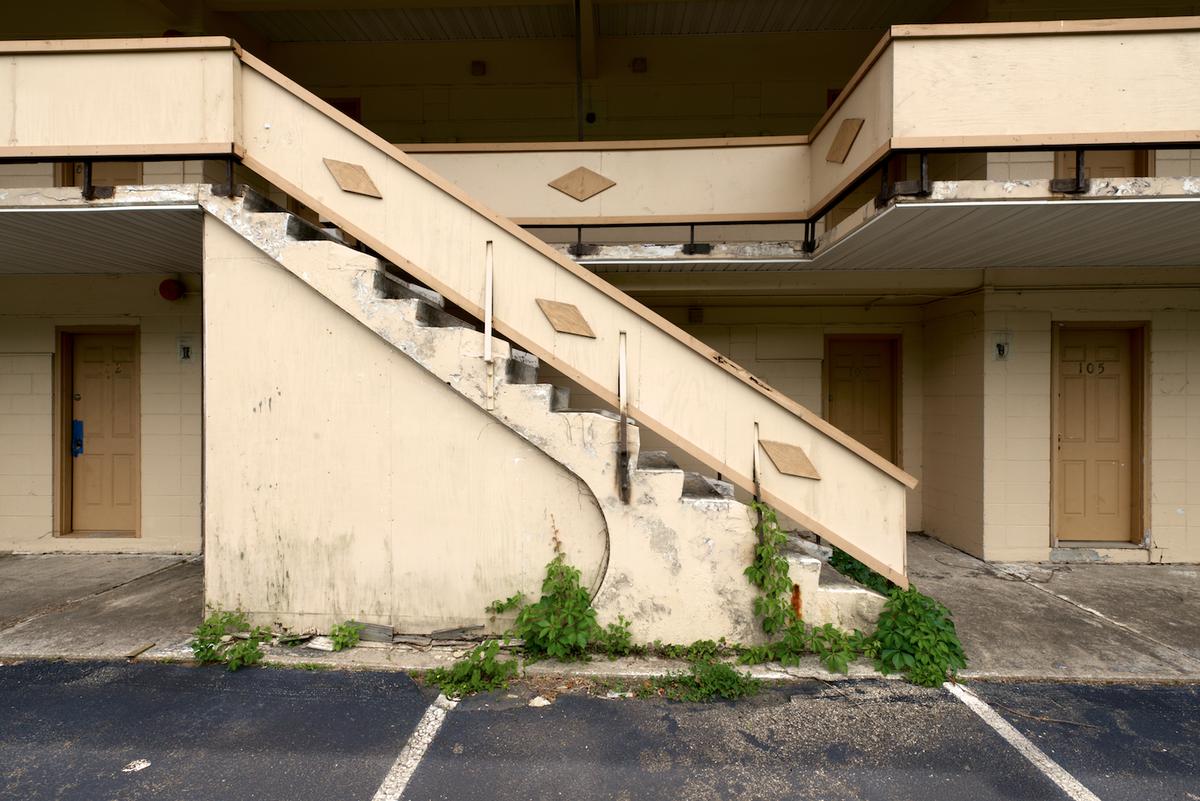 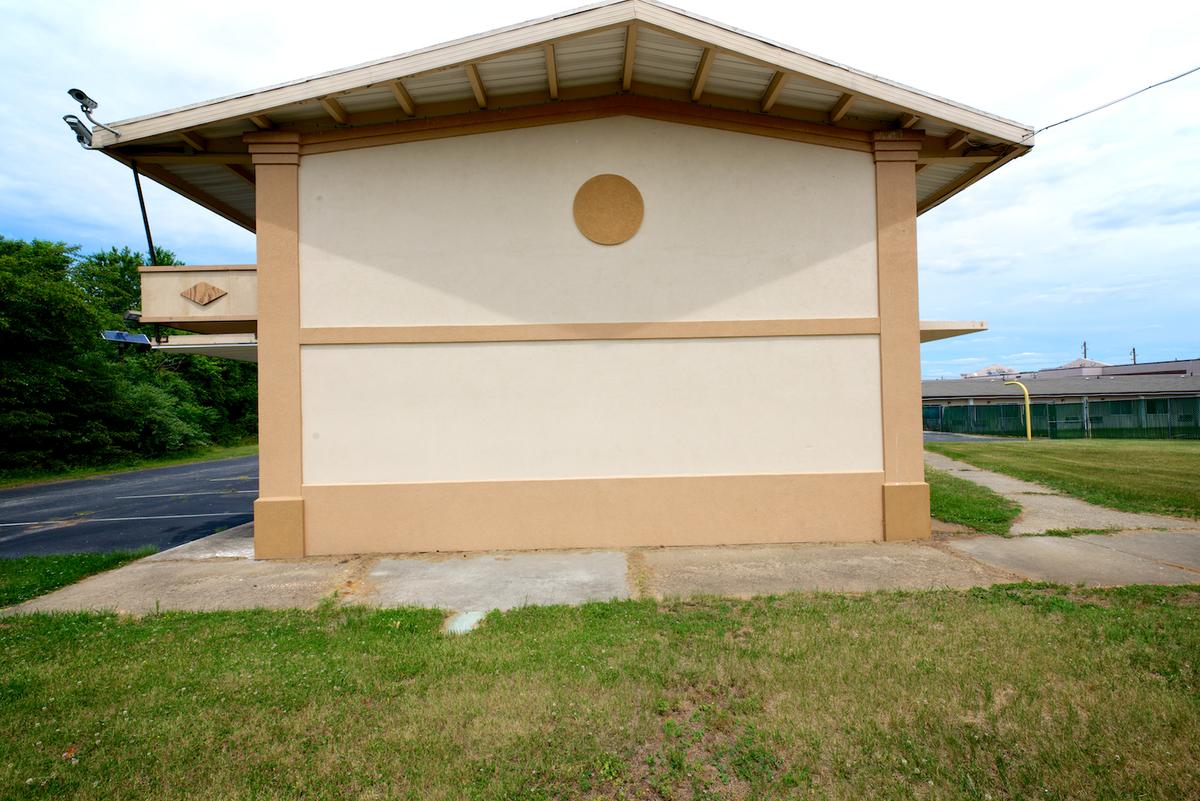 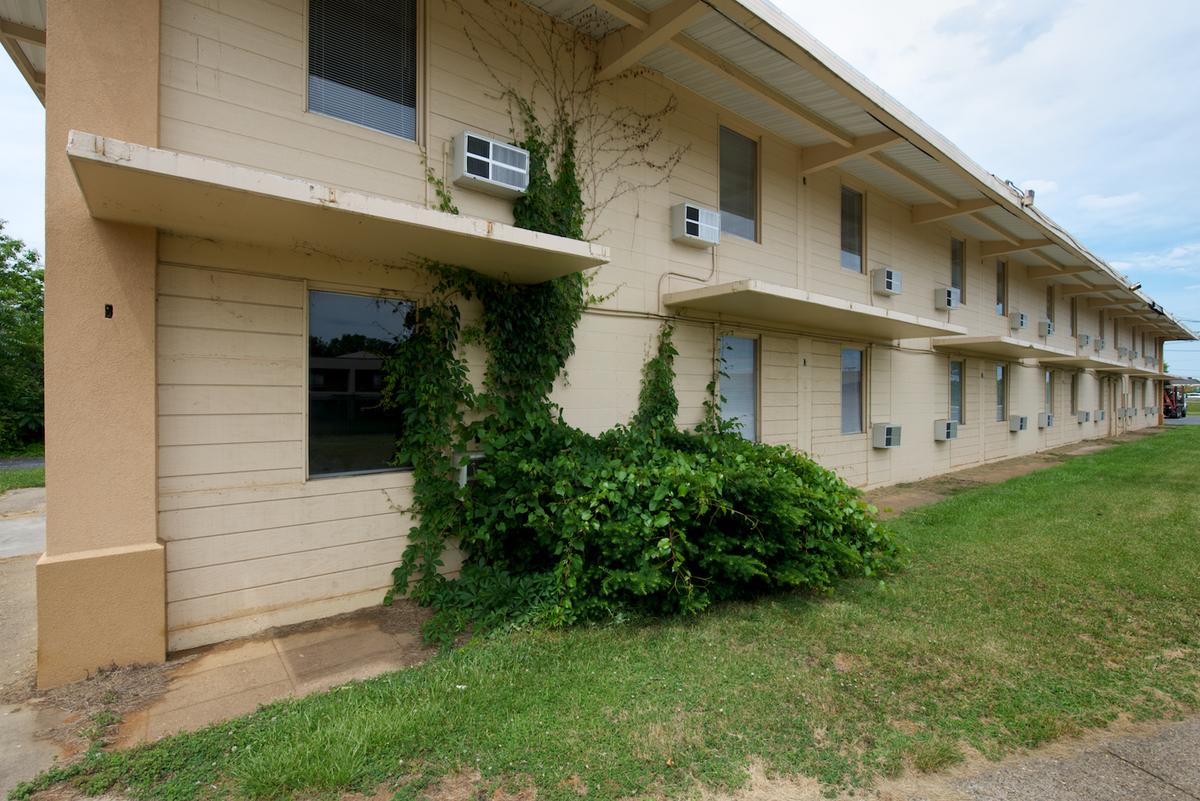 This a series? Will I make this into a portfolio of prints to be shown to curators and galleries? I have no idea, yet. I often need time to figure things like this out. I need to look at what I've done for a bit and put some distance between the work and when I did it. Maybe I need to go back, or maybe it needs to be in black and white (a real possibility). What determines success or not for me? Whether I've connected with the place, whether there is an emotional bond, a sympathy or empathy for the place I've shot. Simple enough. Then, in this connection I feel, have I been able to get this across through the pictures I make?

I've written this before but there are many new subscribers so I will repeat it here. For the most part, writing a blog is a one way process. I acknowledge and accept that. But you can respond via email (Neal's email) if you like. I will appreciate your thoughts on this new work. Furthermore, I will not respond to your email unless you ask questions, for I respect your privacy. But if you do email your reactions, I thank you.