I spent most of the winter of 2012 in and near Yuma, Arizona. This was in the months directly after I retired from teaching and it was a time of tremendous relief at being finished with teaching and my commitments as a full professor at Northeastern University.

I had a great time in Yuma. A couple of friends came out to visit, I met new friends and had many wonderful times photographing and making discoveries in an area new to me.

One of those was the Goldfield Ghost Town, about an hour outside of Phoenix in Apache Junction. 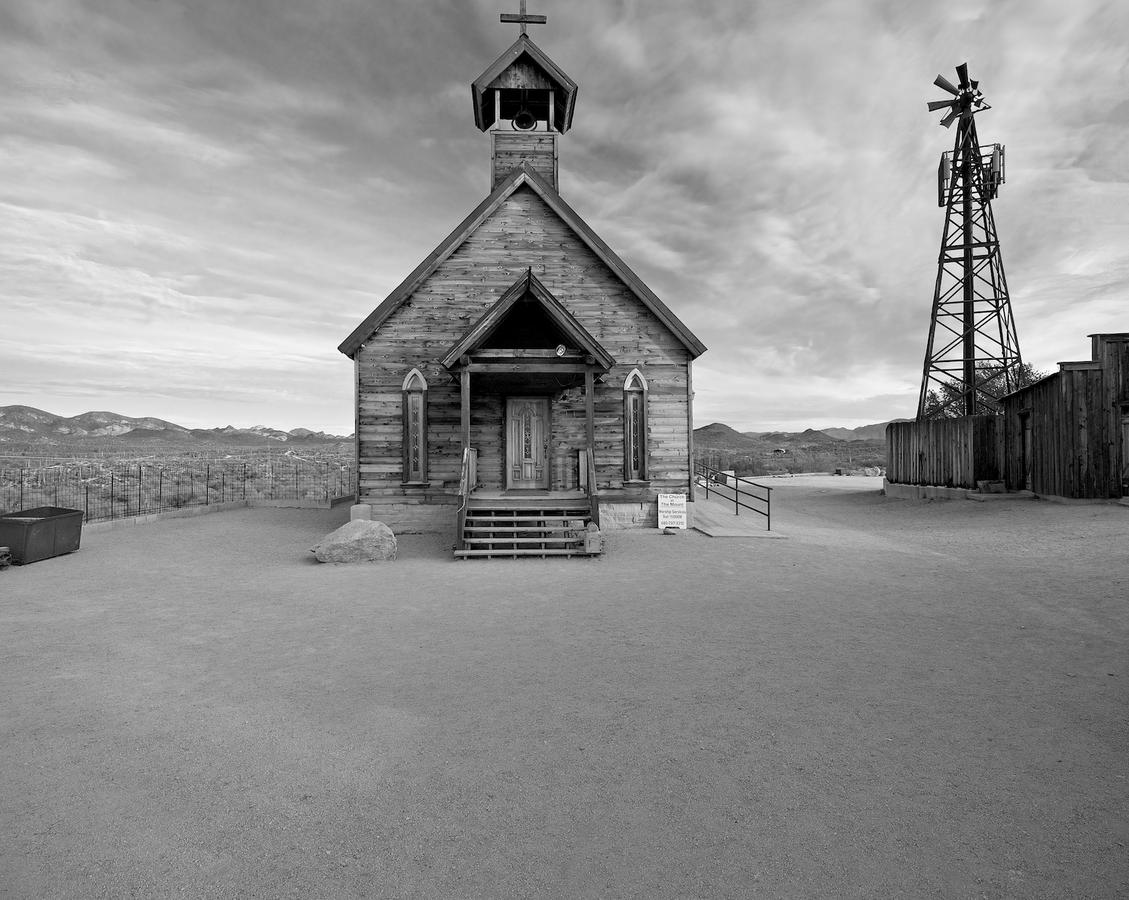 I arrived early so the tourist town wasn't open yet but I found a guy in one of the buildings and asked him if I could walk around and take pictures. He said, "sure, help yourself."

Sometimes the act of making a series is simply a continuing discovery and Goldfield Ghost Town was just that. 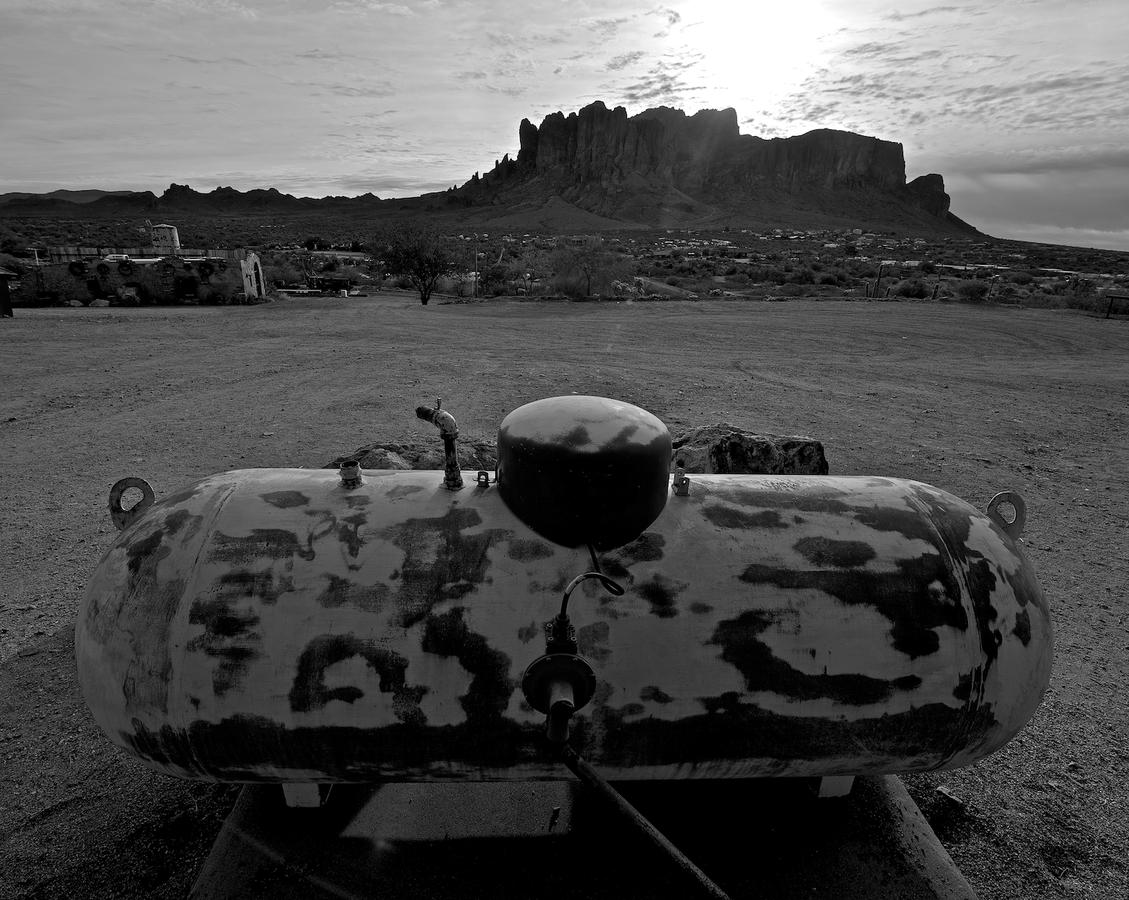 This is a remarkable place, made richer by wonderful all kinds of weird things going on. 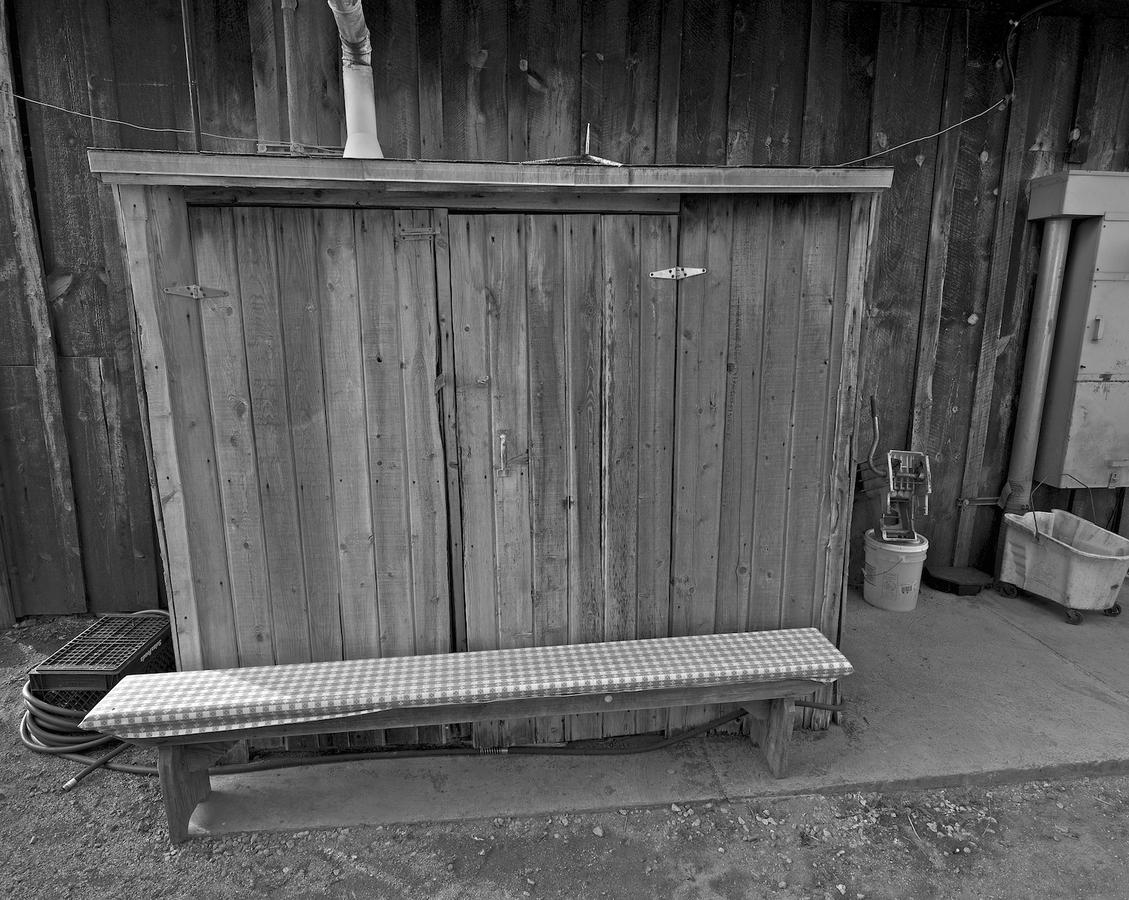 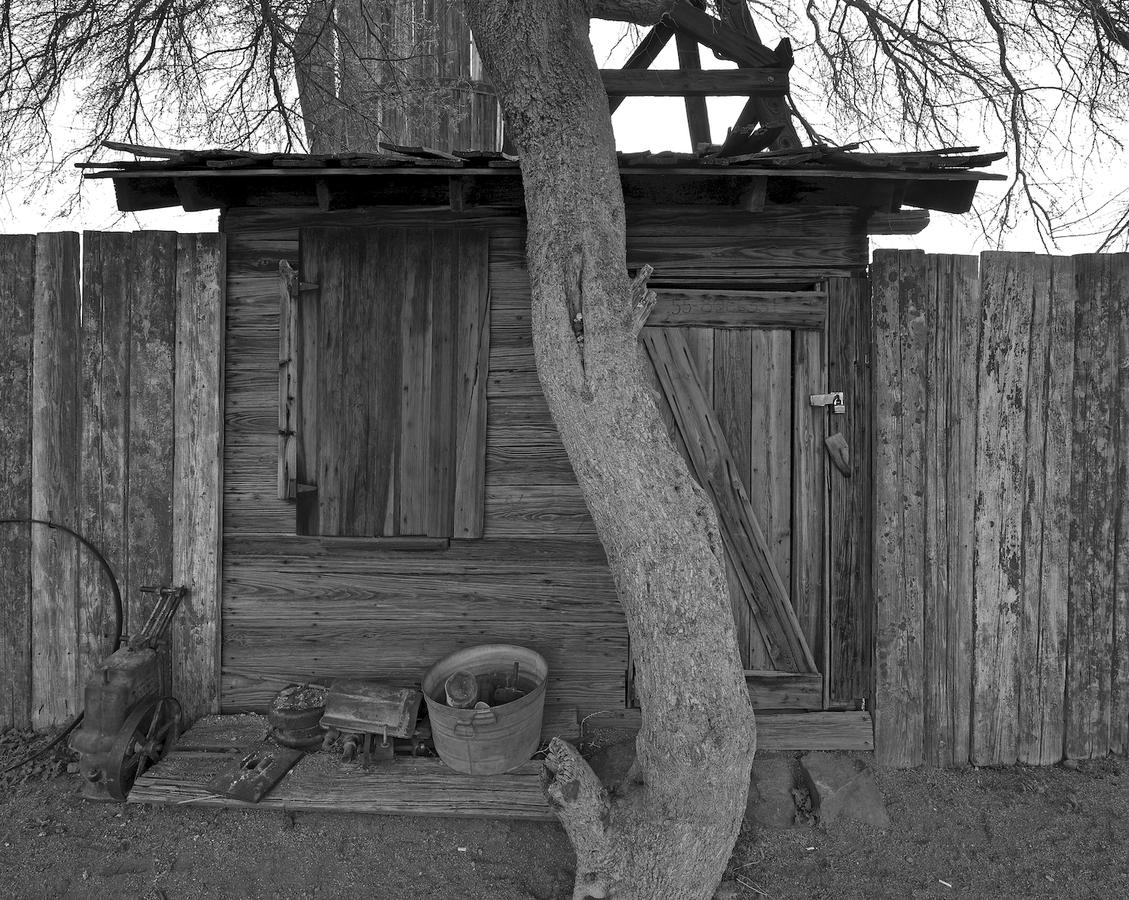 I walked around the village, looking for the next frame while shooting the current one, working to keep a logical path through the place and also to notice every little thing I could see.

I also did a few unusual things for me, such as: 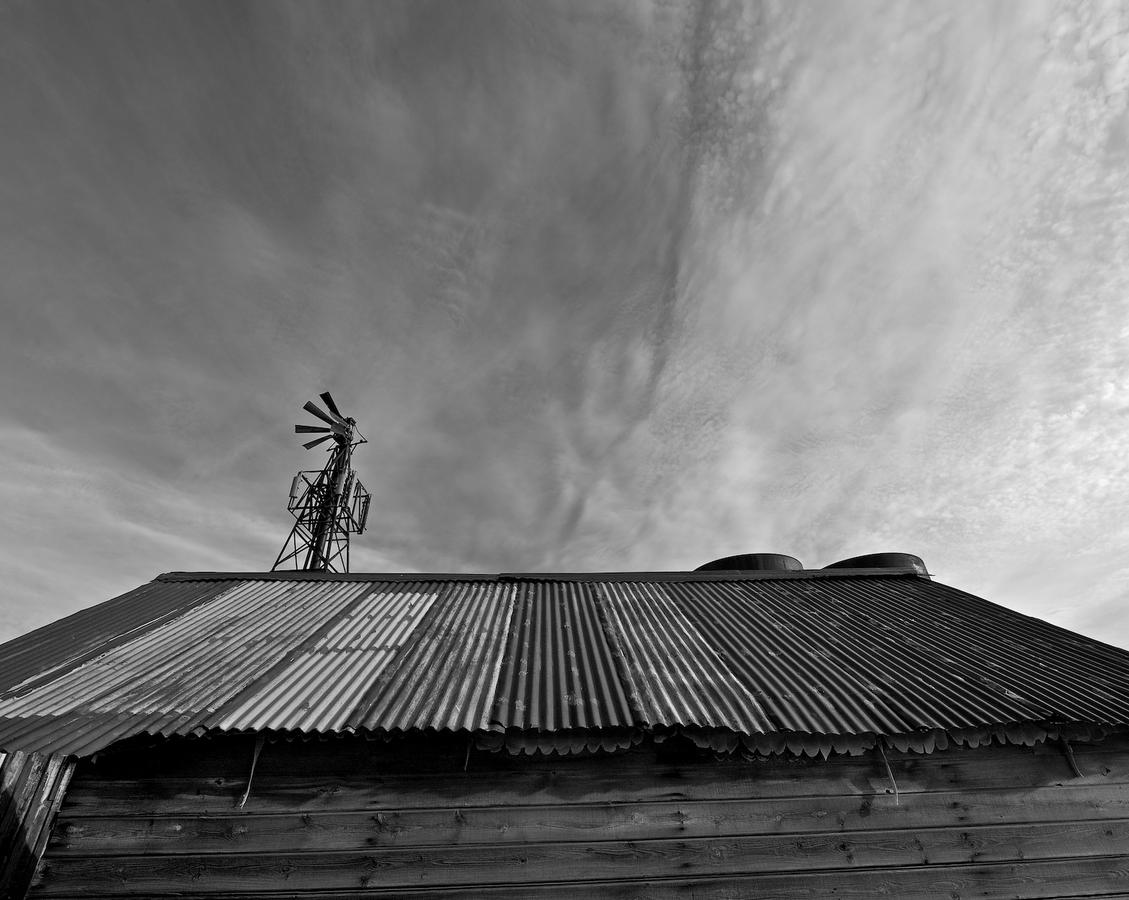 It is quite rare for me to point up like that in a series but I felt it was justified in order to isolate the broken wind vane up against the sky. 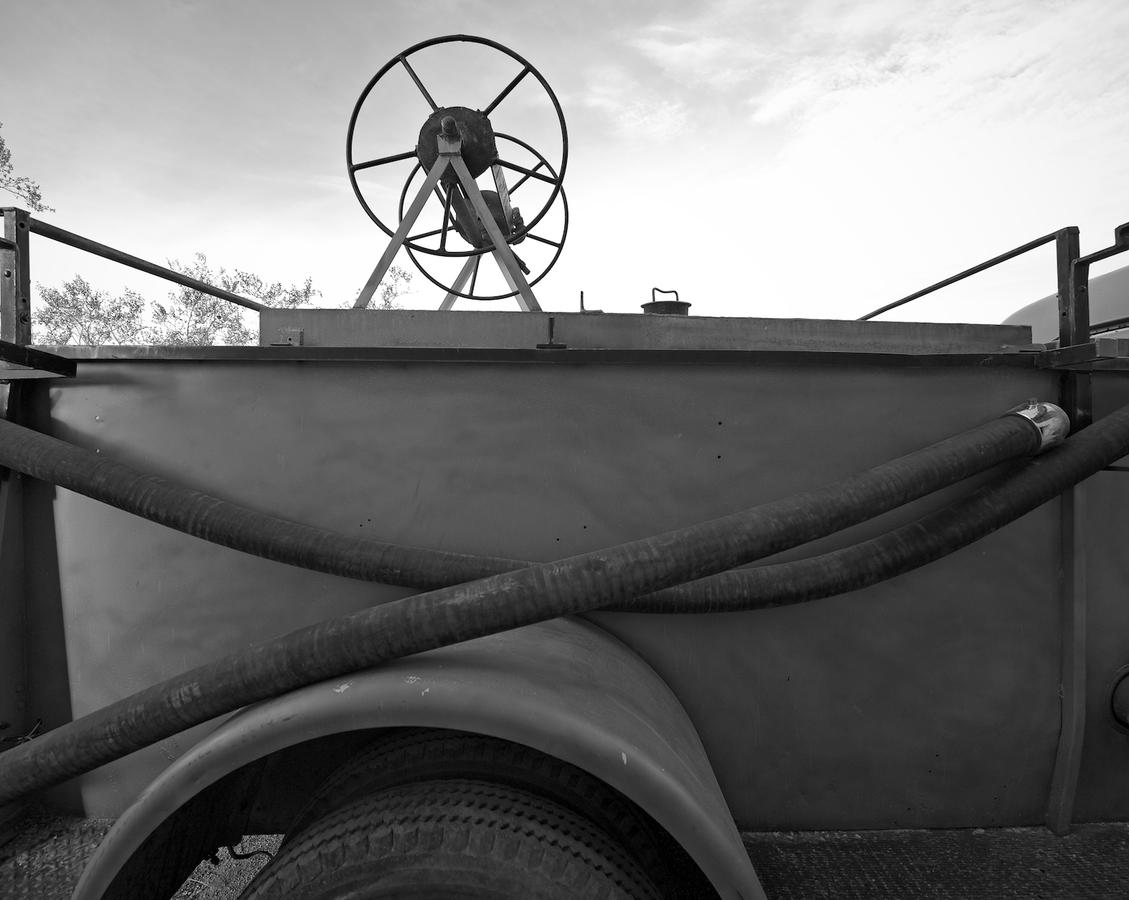 This one, of an old fire tuck with its two hoses gave me pause as it was very beautiful in color: 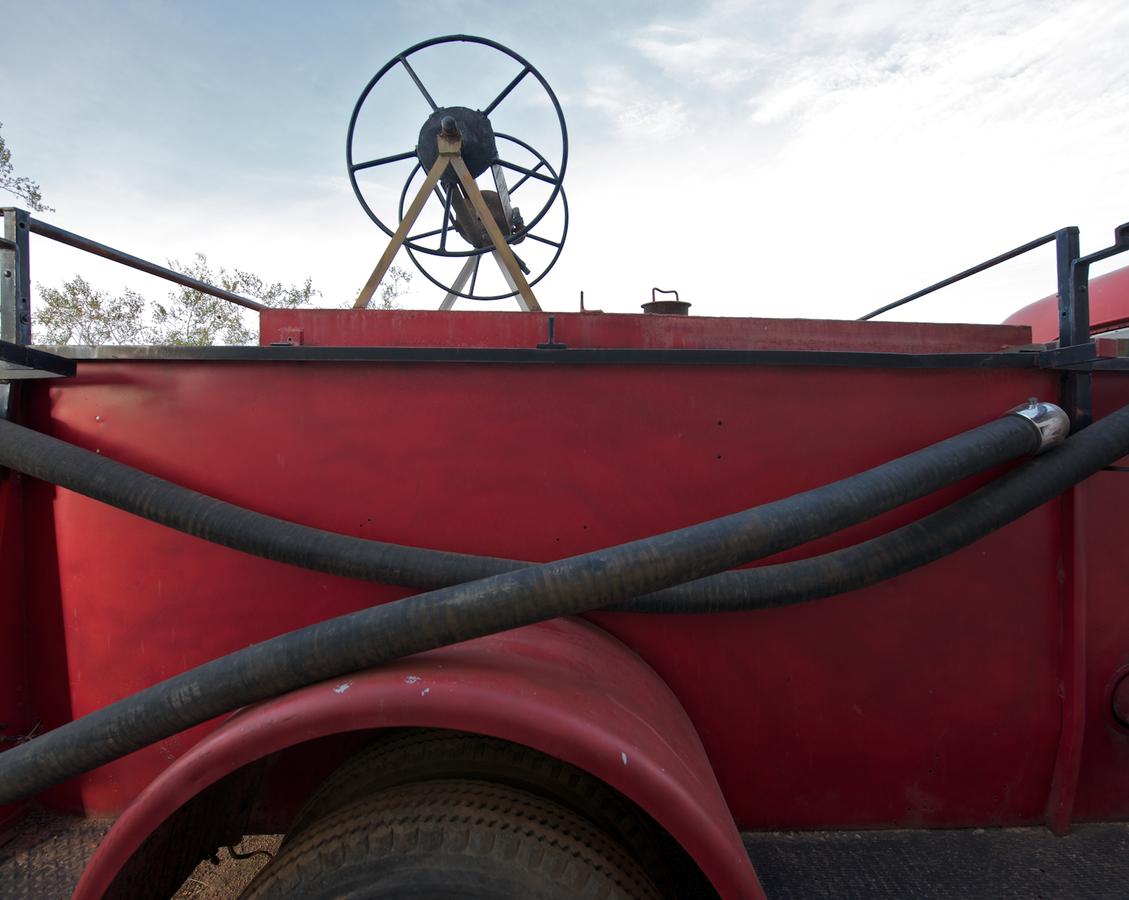 But sometimes one picture has to be sacrificed for the sake of the group and I felt this simply needed to be a black and white series so the final is in black and white. 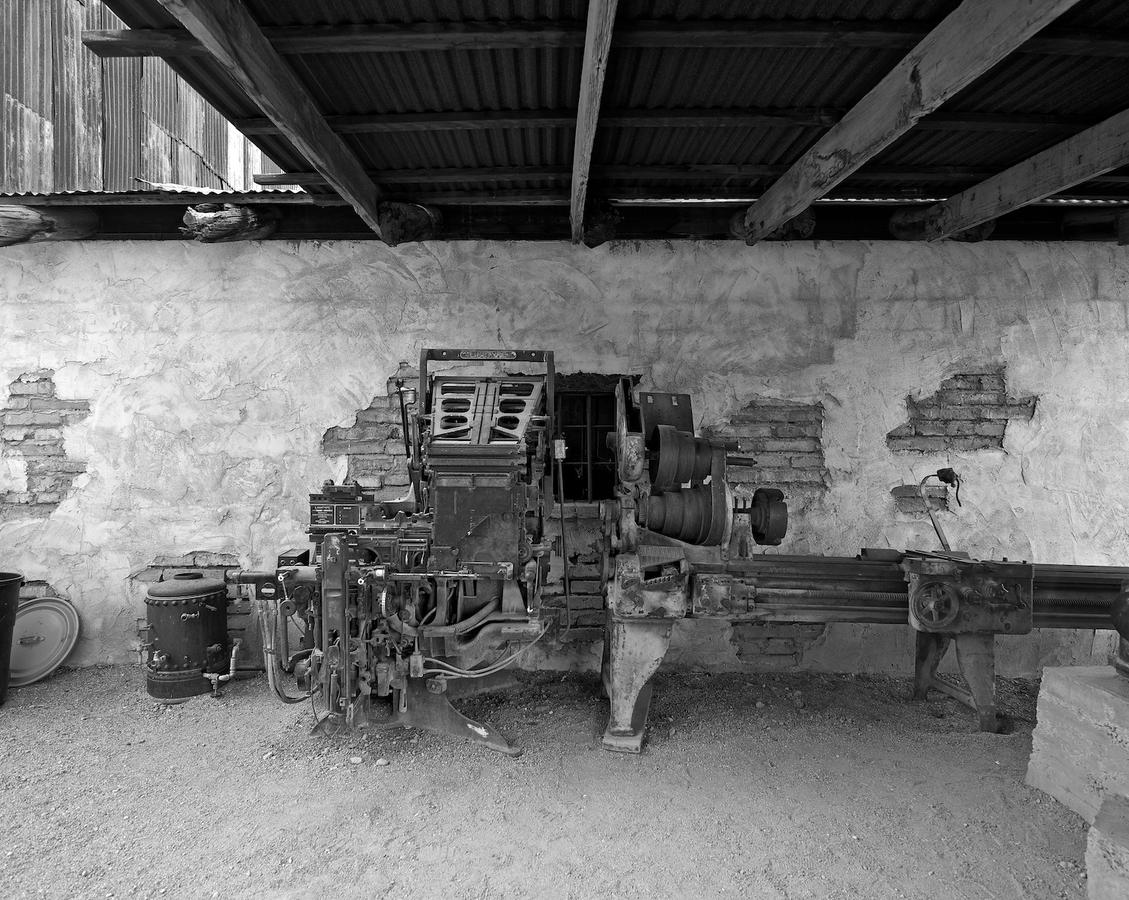 This is one of the more crucial photographs in the set. It is an old type setting machine and effectively straddles the fence of older times giving way to newer technologies. A nice incongruity. 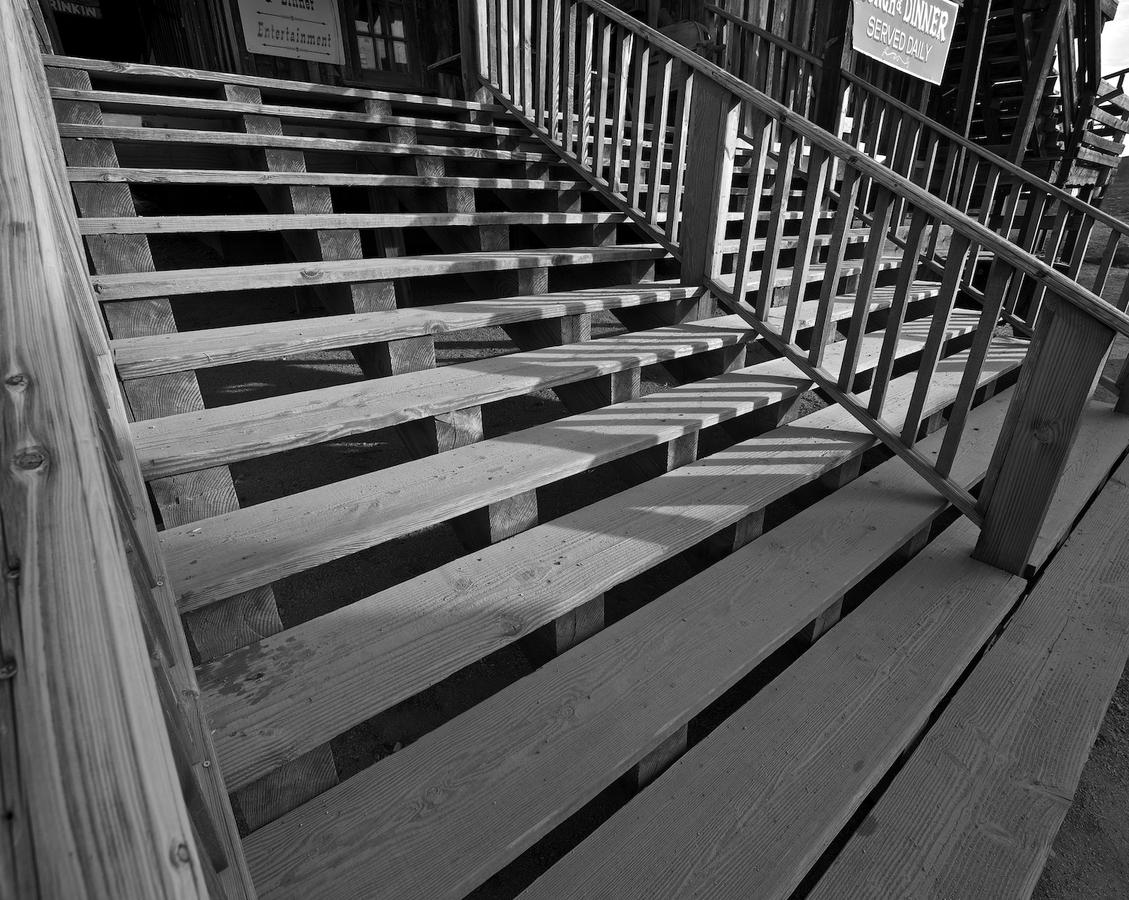 The stairs above is a picture I had made before: 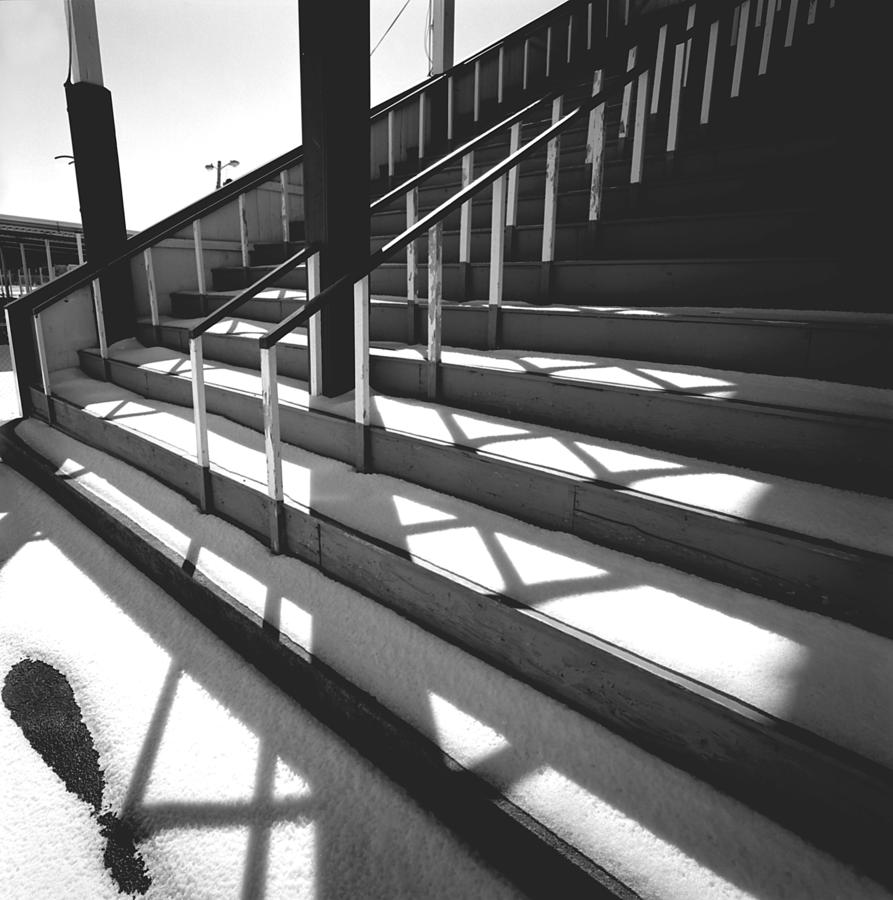 years before at the Northampton, MA Fair Grounds but in a different enough way as I felt it was okay here and the light was gorgeous. 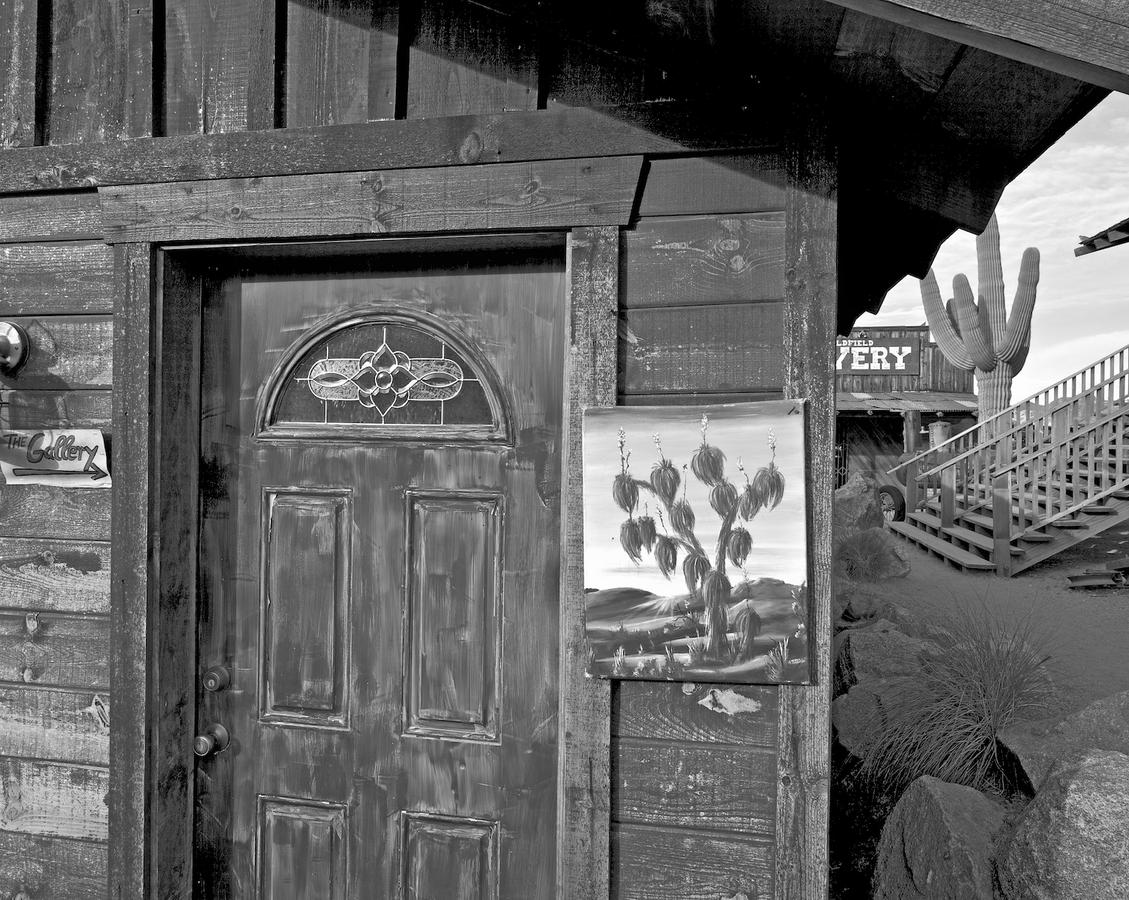 Another core picture: the cactus, the surreal painting, the pattern on the door, the sign "Gallery" and then finally the word "...very". 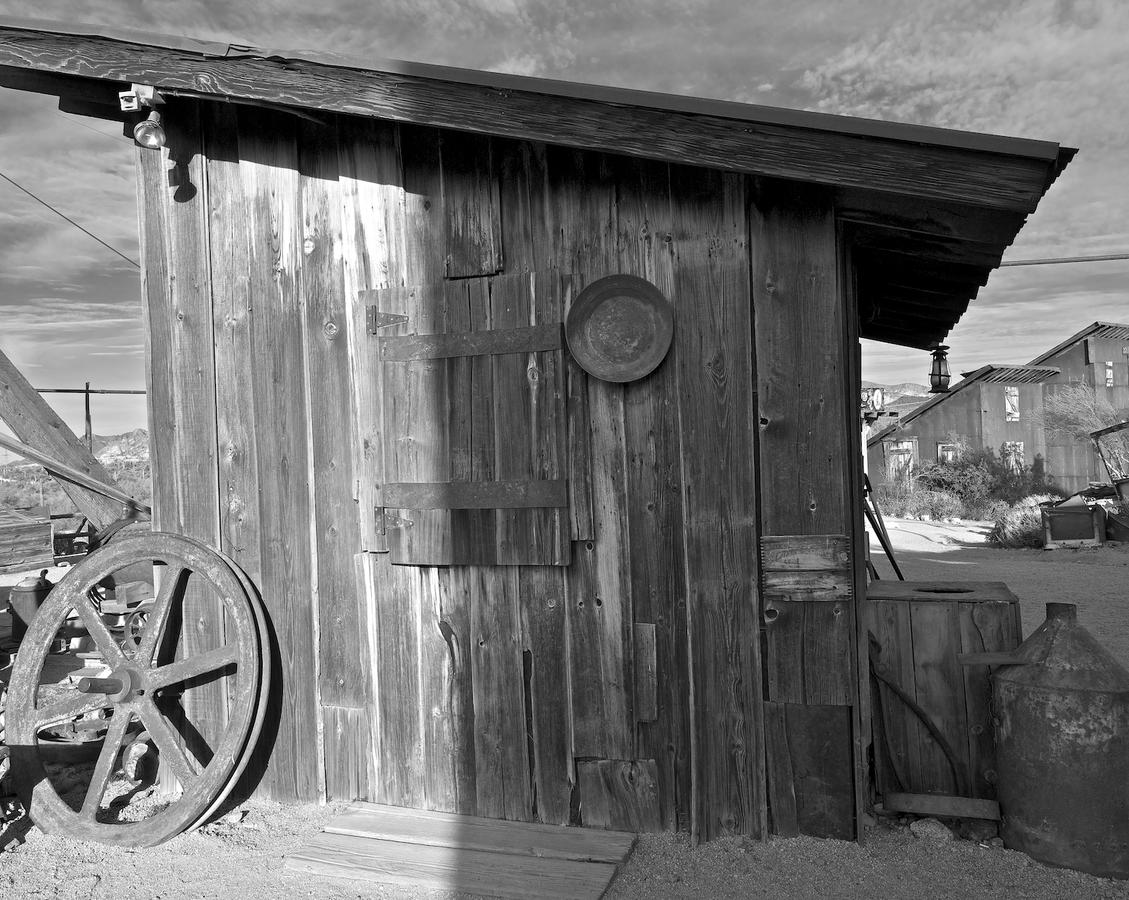 As the series begins to conclude, I worked to summarize and then to finish indicating the loop back to the beginning: 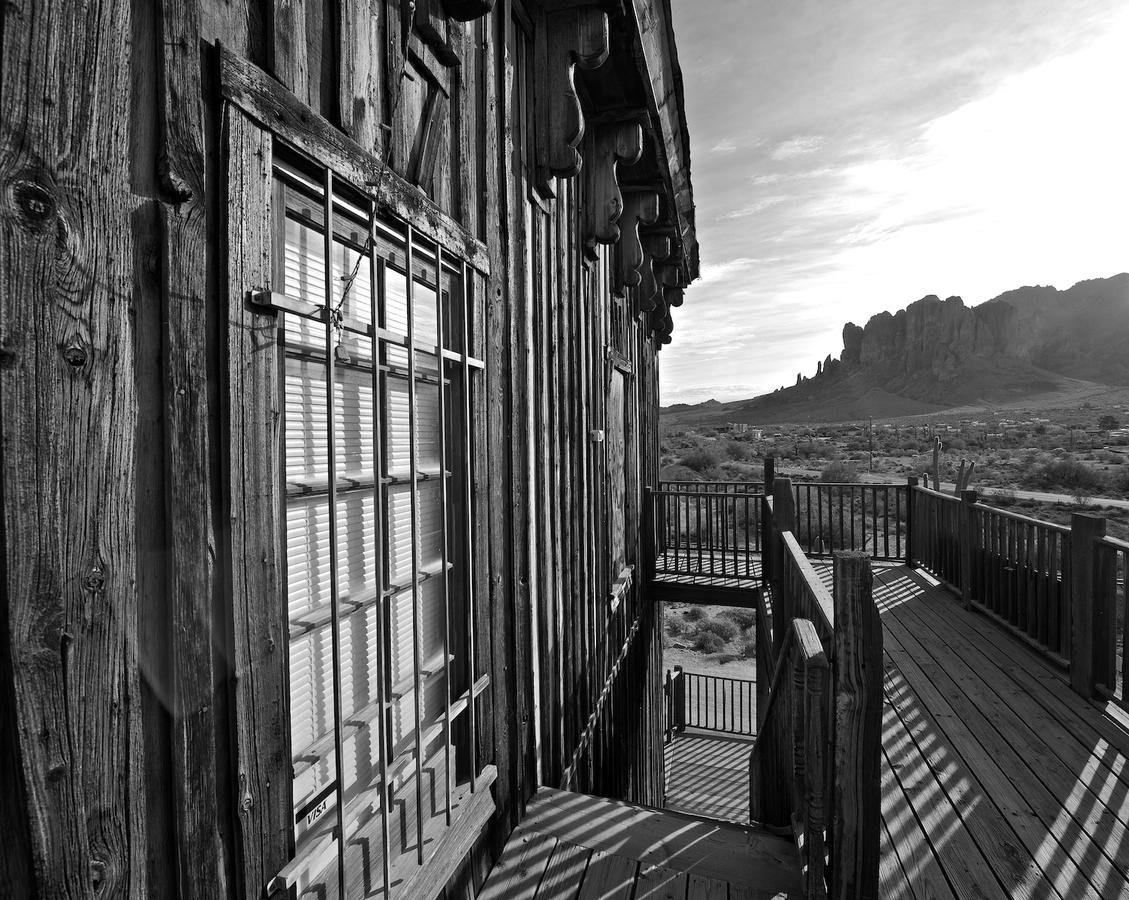 The full series is on the site at: Goldfield Ghost Town.

The series  is nineteen images. The prints are on Canson Photographique Baryta paper and the prints are 21 x 14 inches.