Click and Clack the Tappet Brothers on the NPR radio show Car Talk have a category called the " Non Automotive Puzzler" that ranges far and wide from anything to do with cars.

For the most part this next post is "non photographic" in that it strays from some deep and heartfelt analysis of photographers' works, or mine, for that matter. Let's  call this a "quasi photographic post" as it does contain photographs, but uses photography descriptively rather than artistically.

It concerns something that's been going on over summers for years at MIT just up the street from where I live. It is the Flea at MIT and it happens every third Sunday from April through October. A geekier, more eclectic group will not be found anywhere else. It is something and I recommend it highly.

I went yesterday. More accurately,, I stumbled across it yesterday while riding my  bike to go work out. 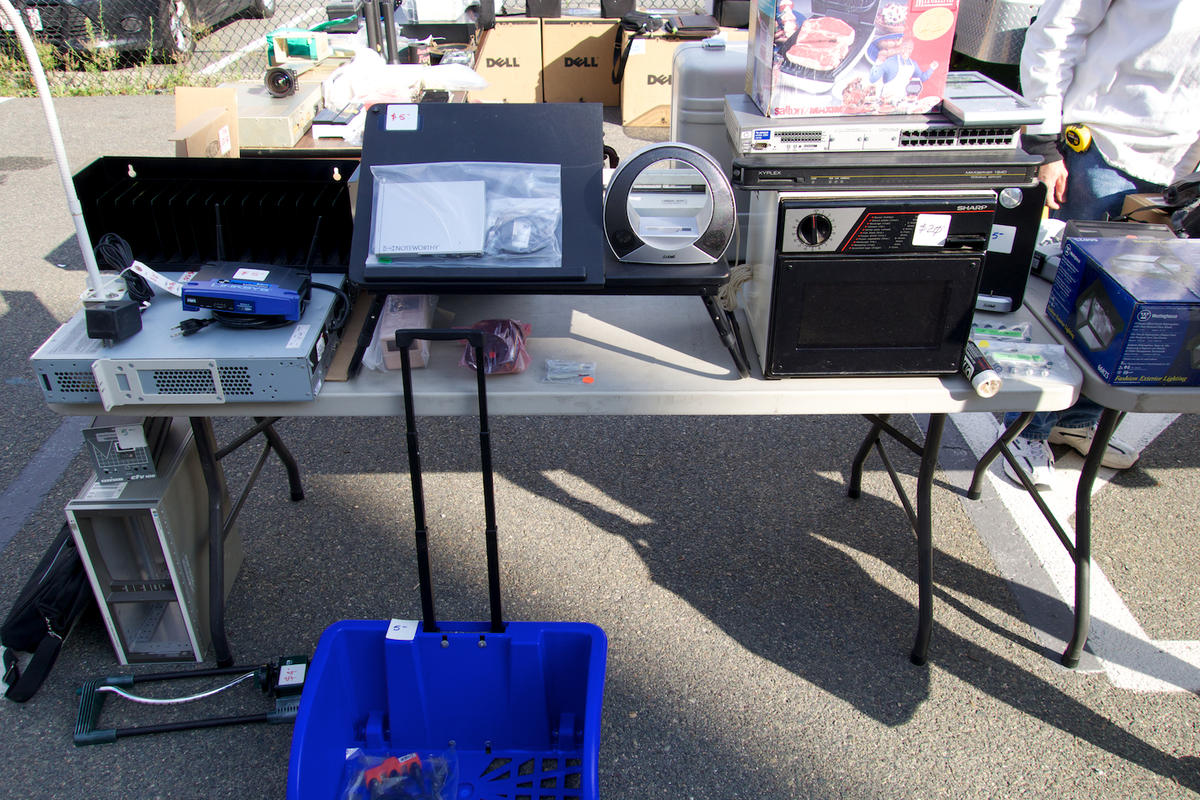 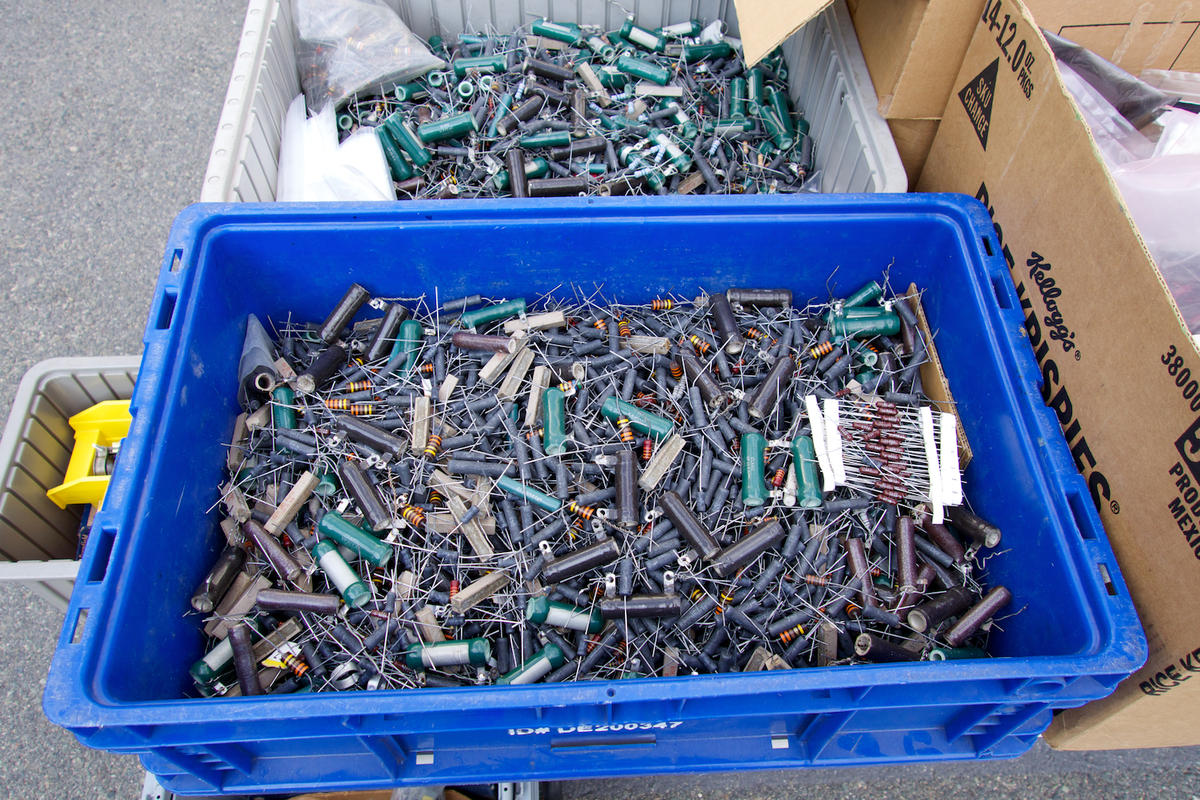 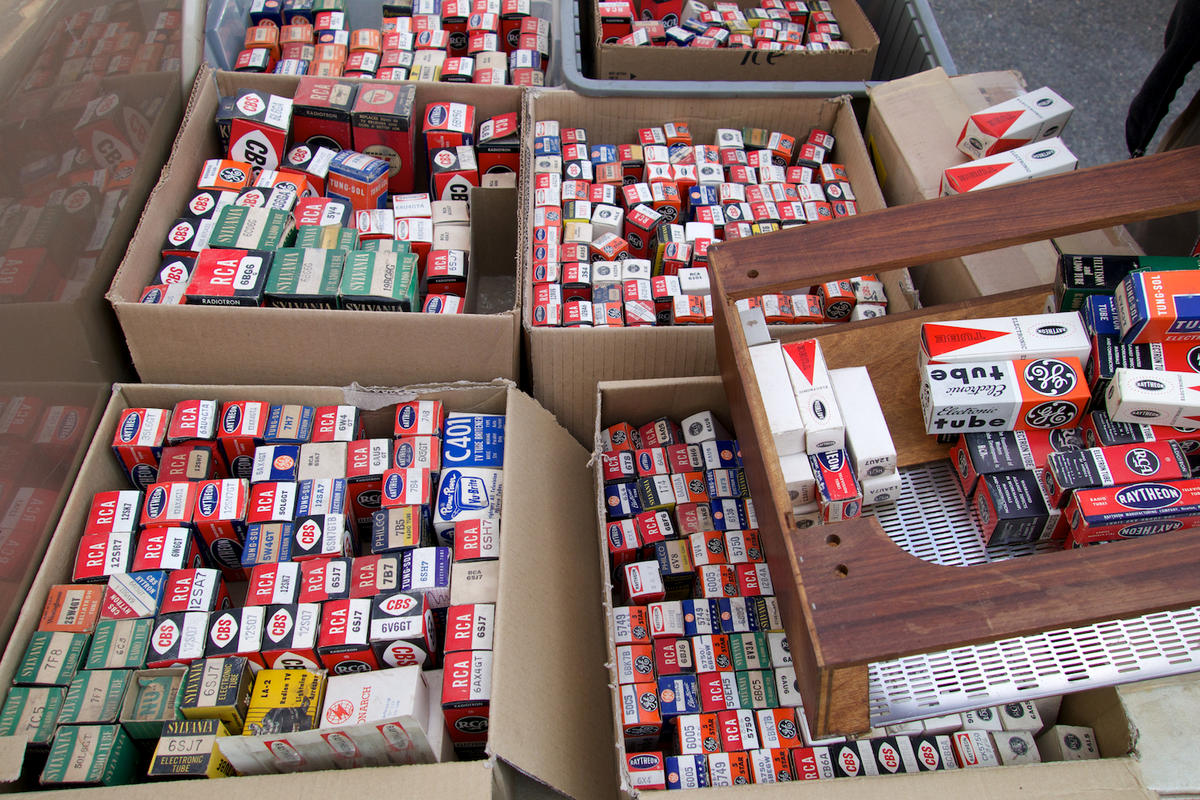 Need a tube for that Heathkit stereo amplifier you built in the 60's? I know just the place. 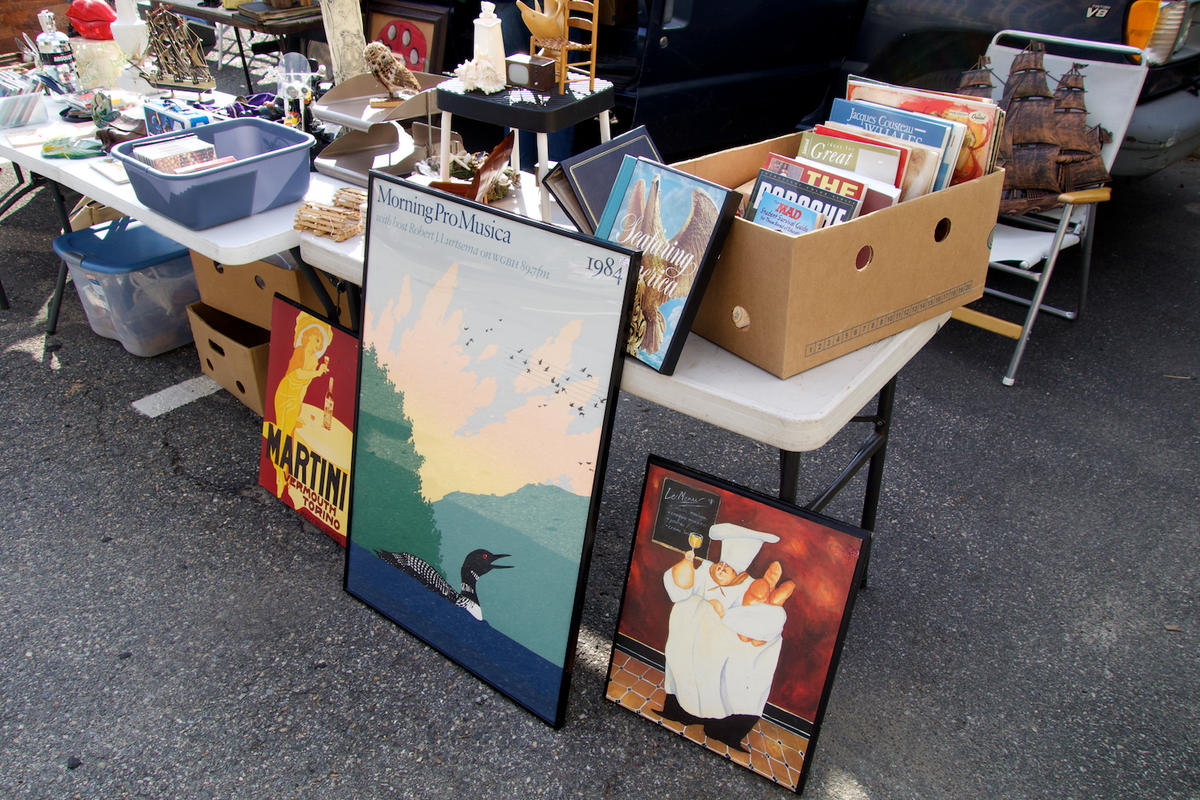 The poster is for Morning Pro Musica, the WGBH radio show I woke up to for years hosted by Robert LJ. Lurtsema. He would start his classical music show every morning with bird song at 7 am. 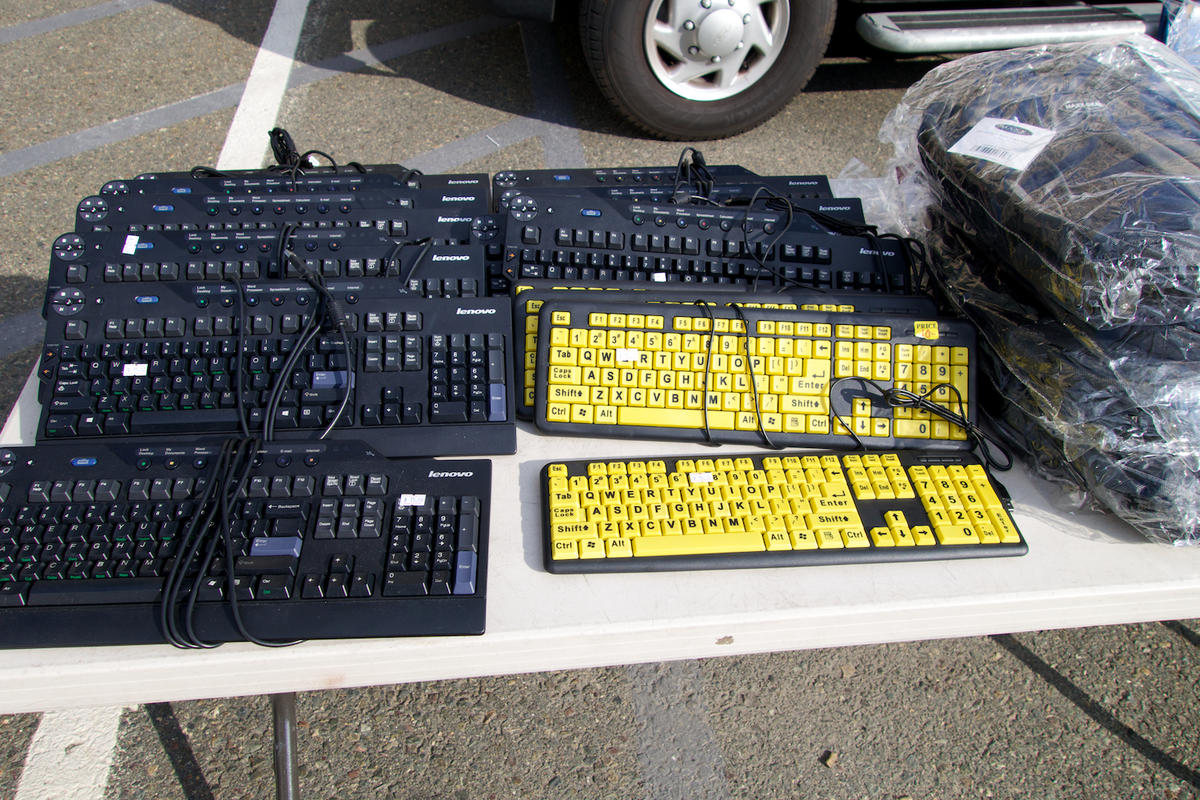 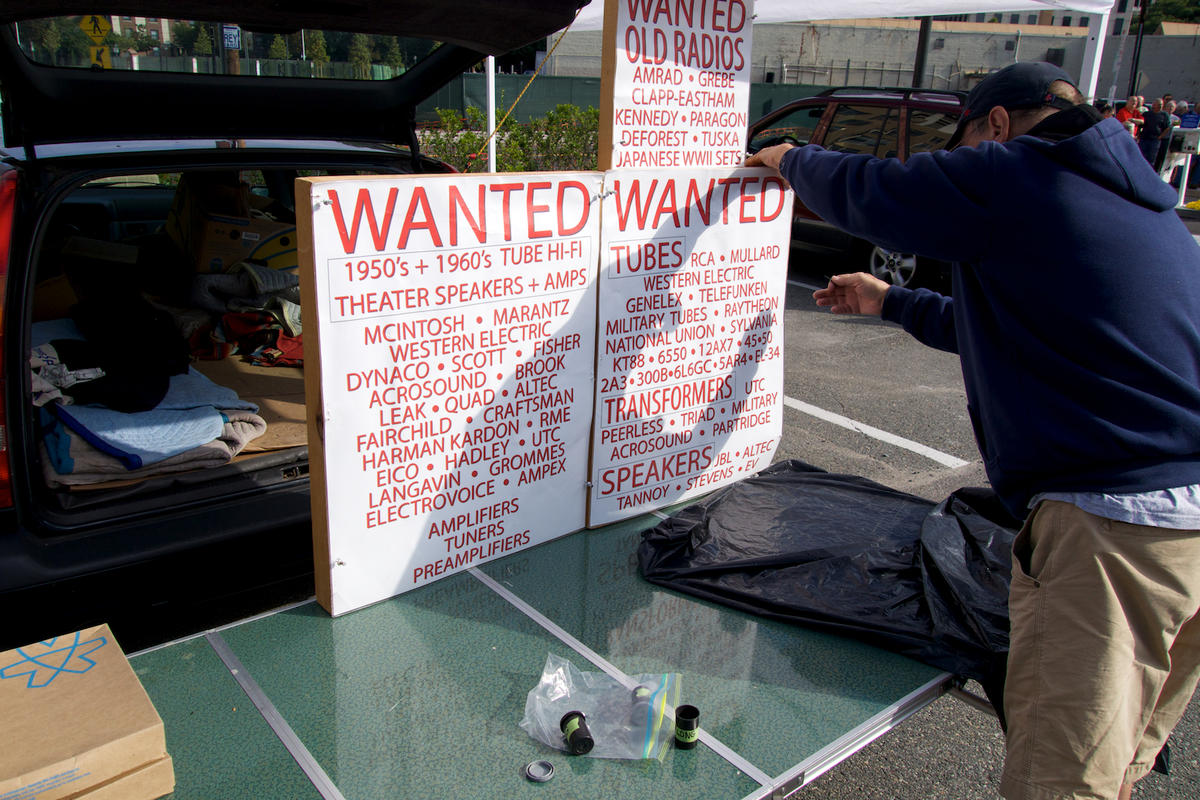 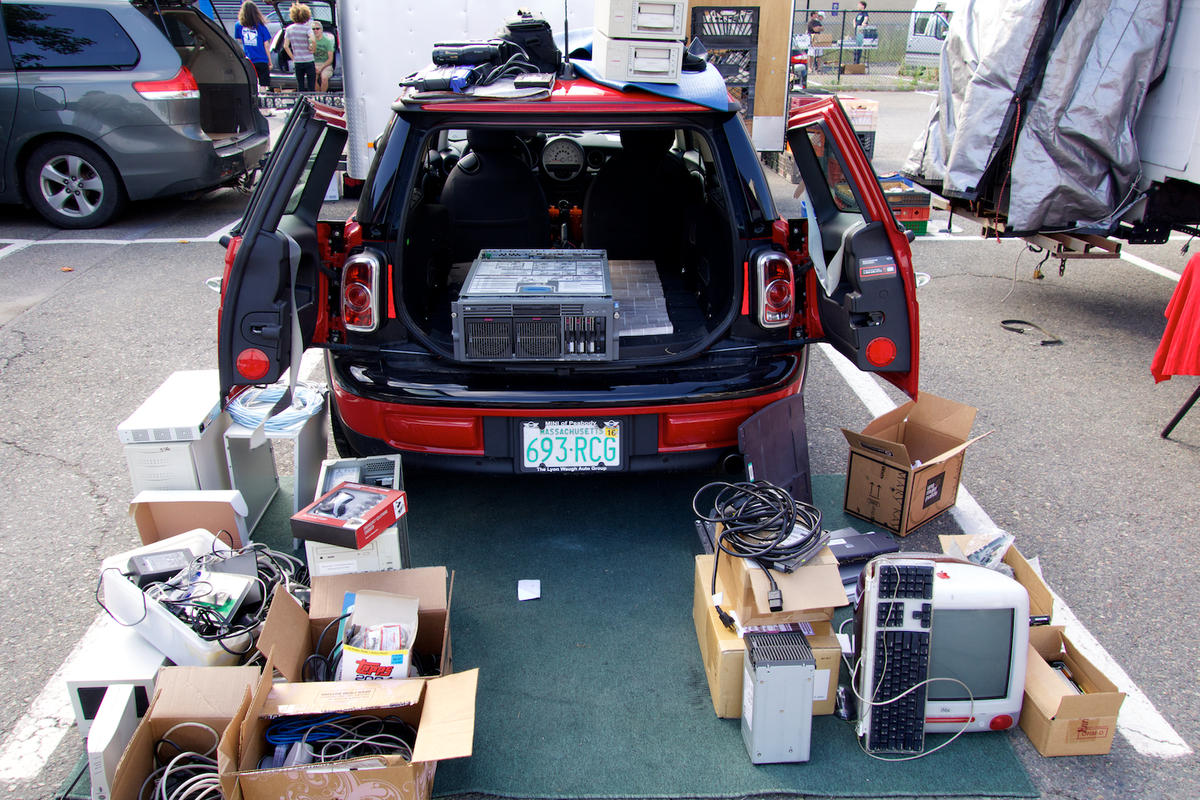 All that stuff (above) came out of a Mini. 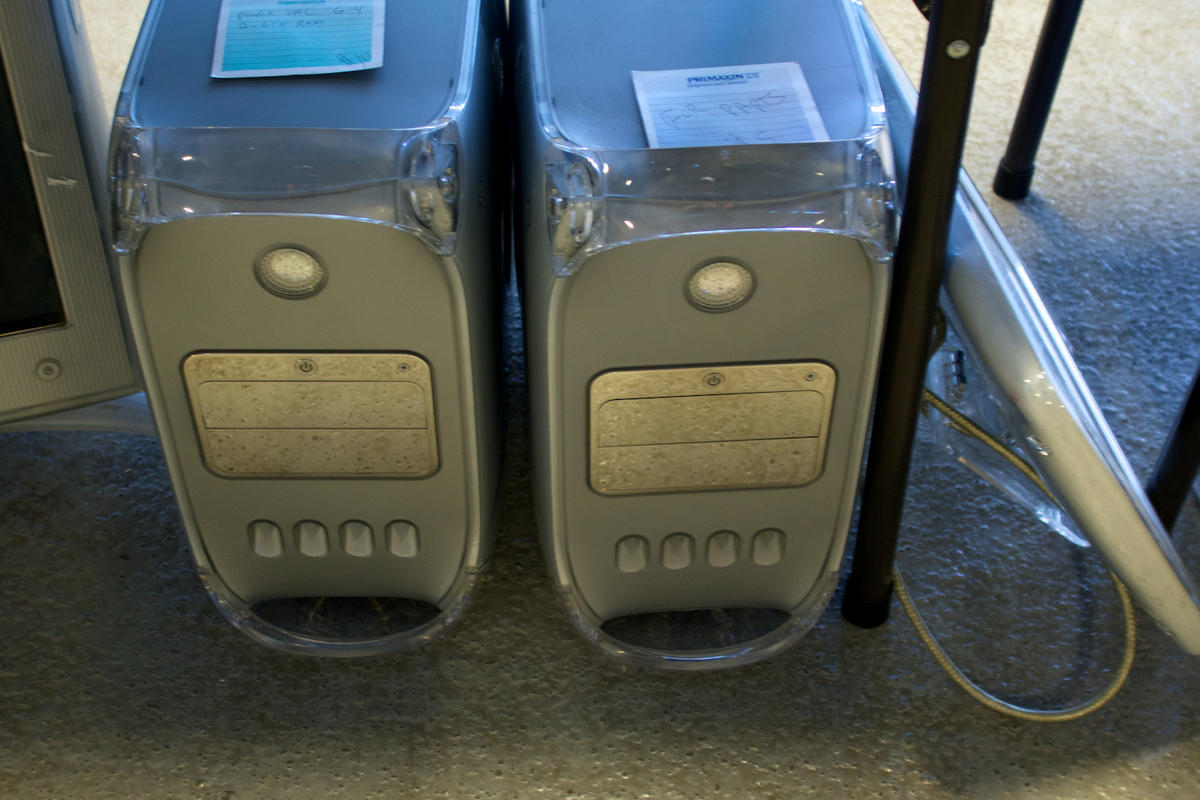 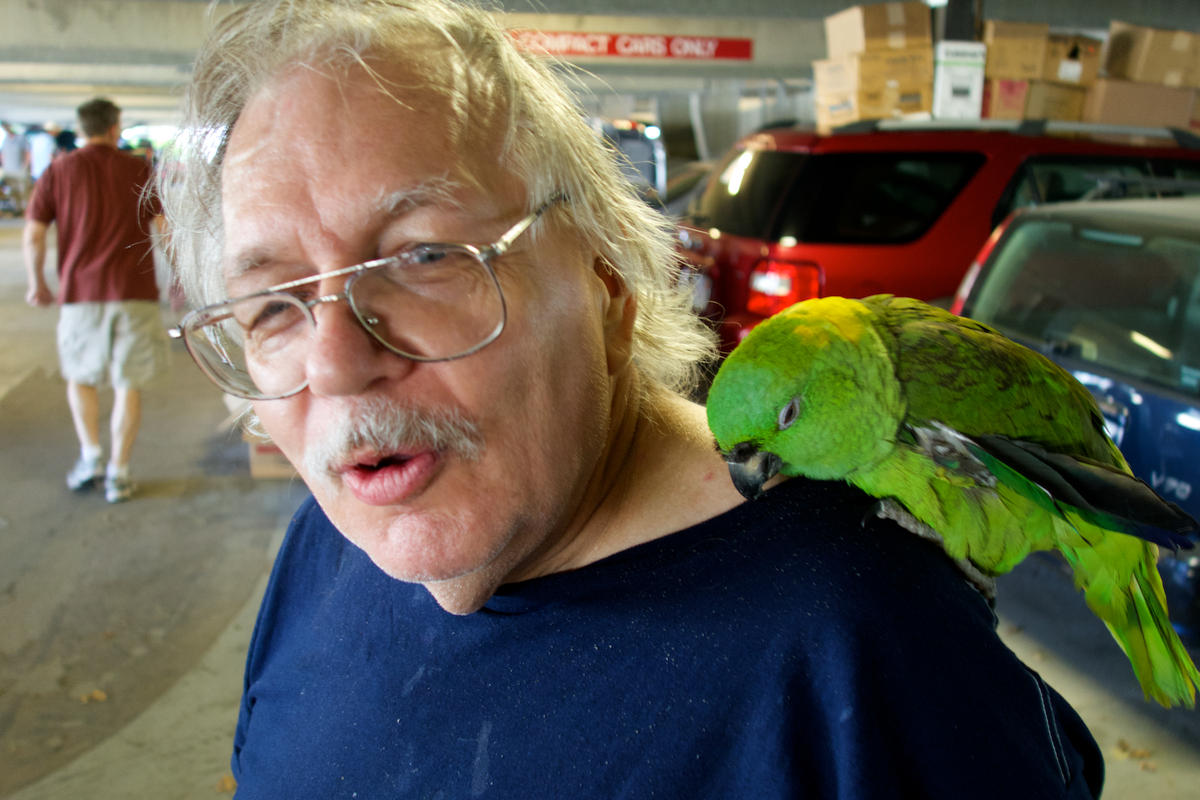 I couldn't help but notice this guy had a parrot on his shoulder. He offered to take a picture of me with his parrot: 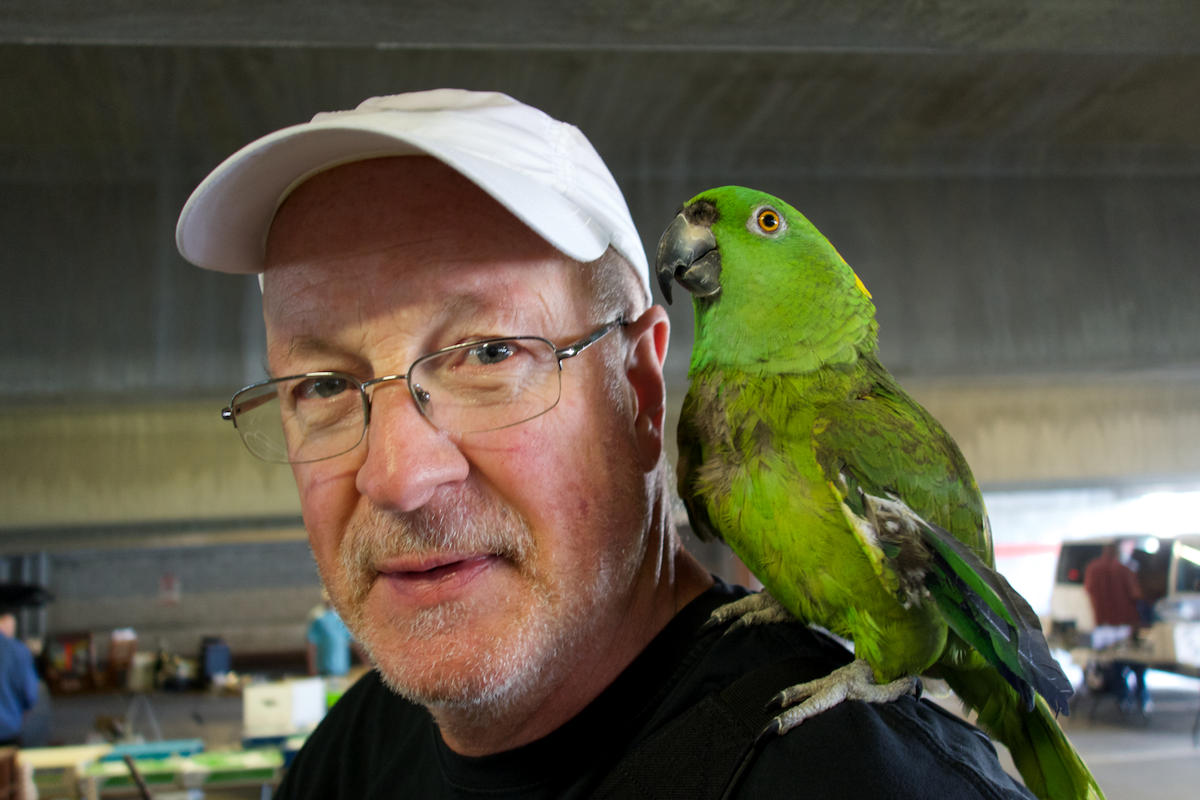 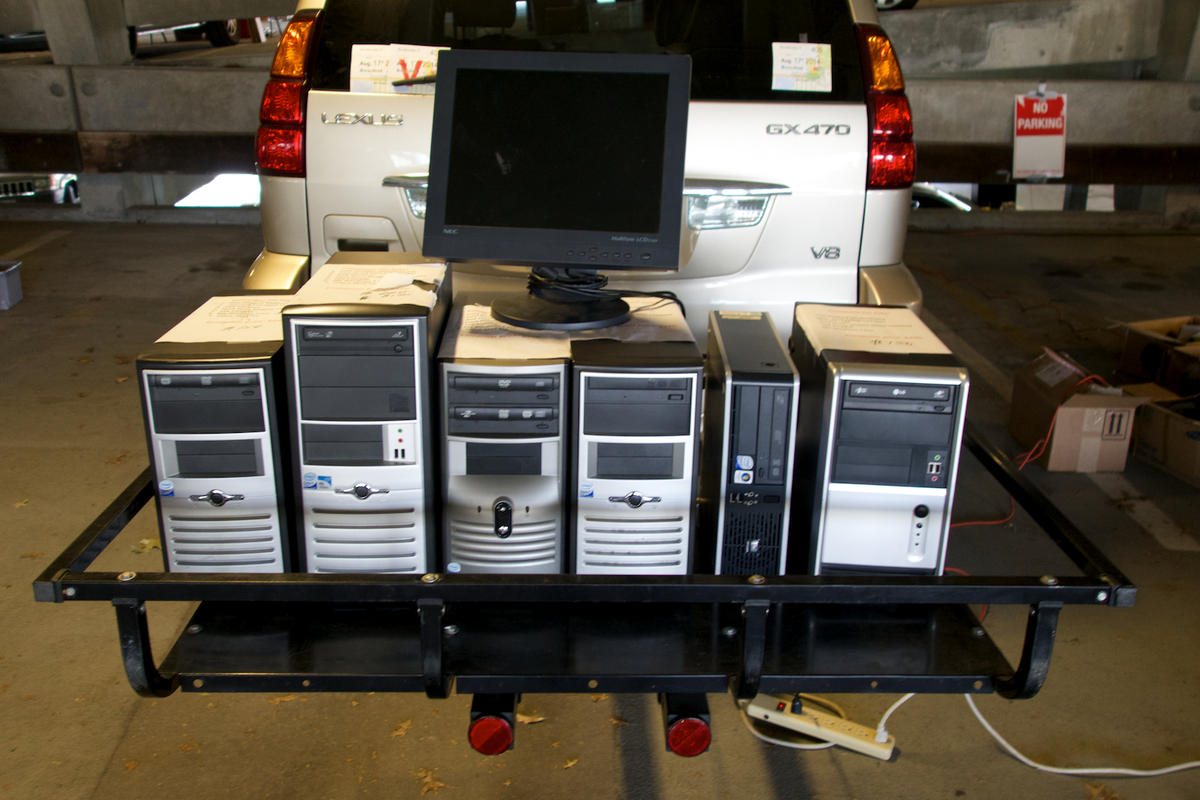 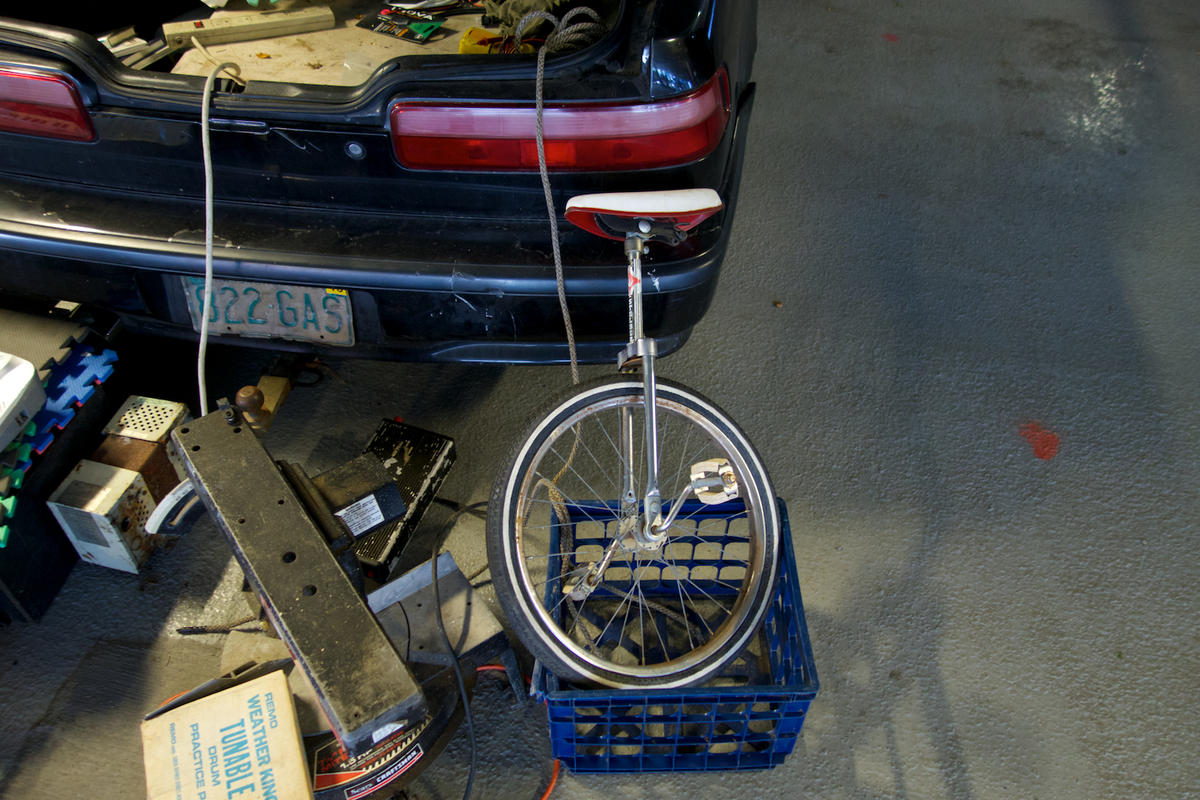 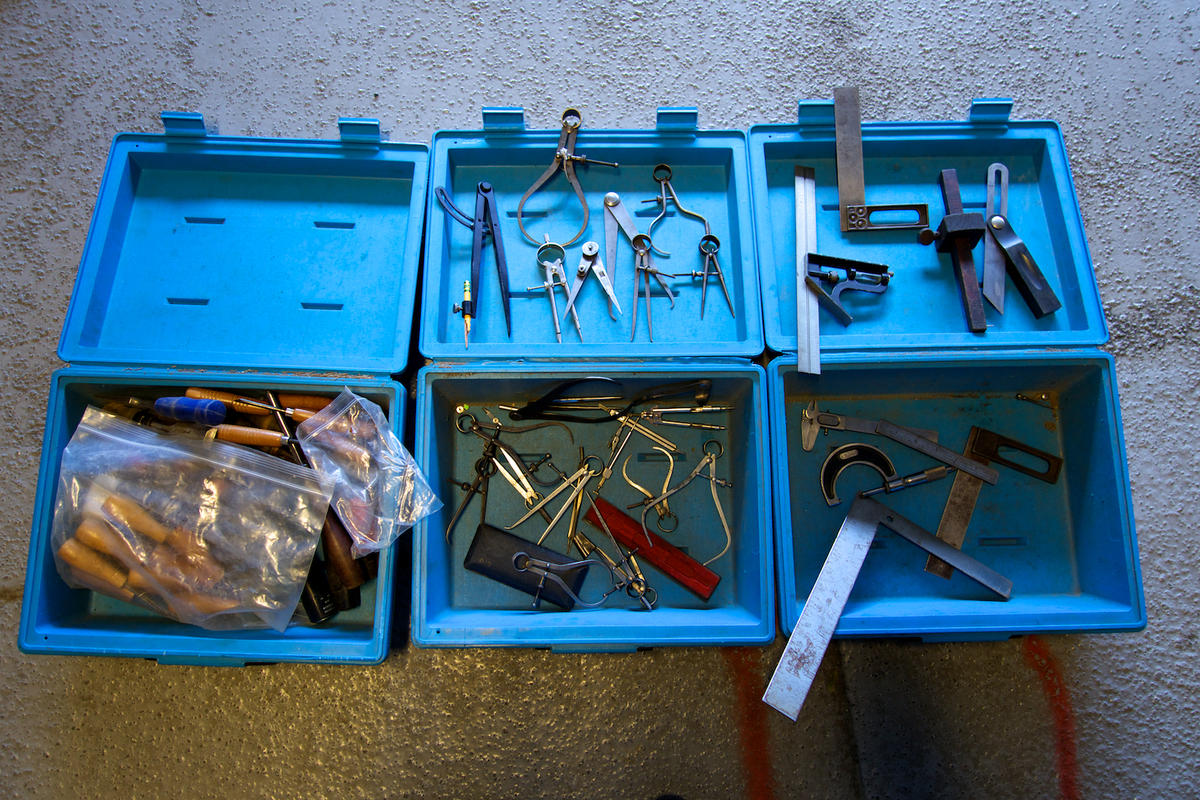 Later that same morning  I met up with my friends Liz and Mercedes for brunch in Brookline.

After, we went to my studio to look at work then drove back to my place so I could hand over my 8 x 10 camera to these two. 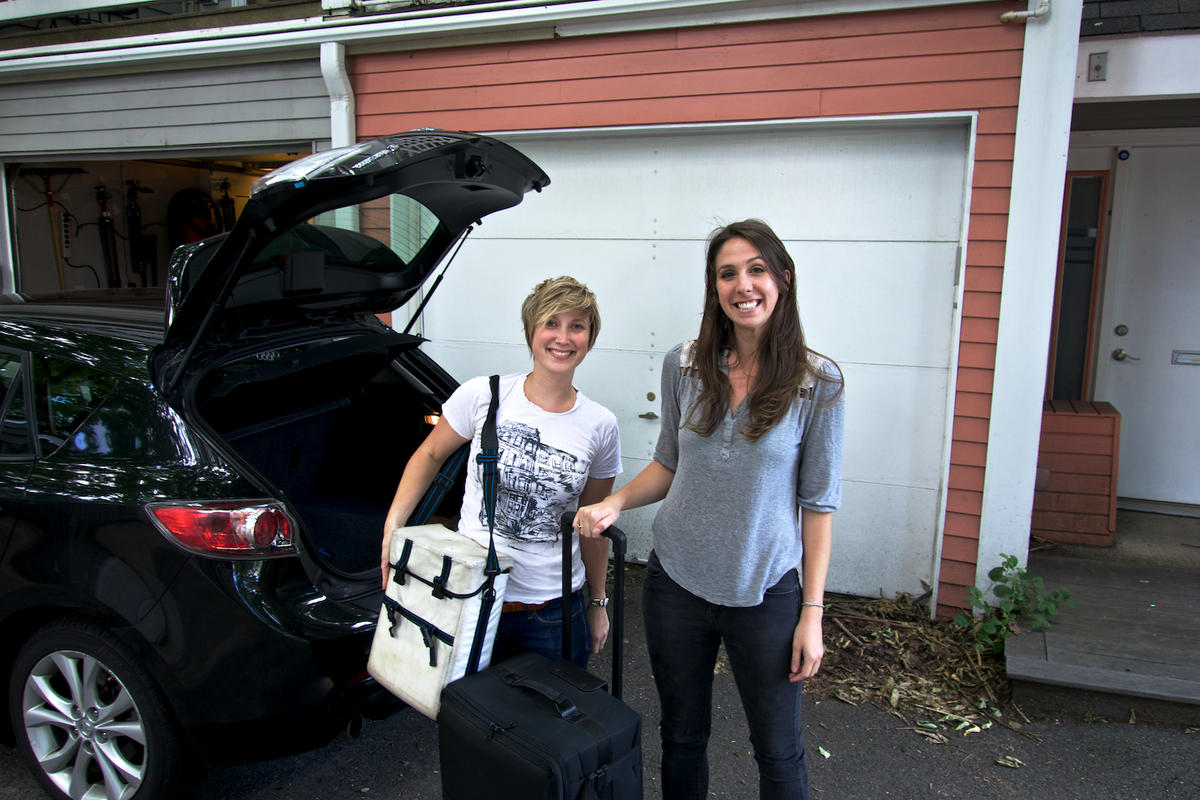 Both work in large format film so I decided they should have it instead of it sitting unused in a closet gathering dust. And yes, talk about going back a ways, that is in fact a Zone VI 8 x 10 film holder bag hanging off Liz's shoulder.

Career update on these two friends and TA's: Liz has begun printing for a show she will have next March at the Danforth Museum in Framingham, MA and Mercedes is about to load up a truck in Brooklyn for the drive to Penland in North Carolina where she will begin a three year artist in residency in September.

That 8 x 10 Toyo Field camera brought me career-crucial pictures for 25 years. I hope it continues in Liz and Mercedes highly capable hands. I look forward to seeing what they make with it.