If you read the first installment (Finding Your Bliss) to this series of posts you'll know our story is about to arrive at its apex.

At the core of my aesthetic as a landscape artist are these two pictures. Some sky, some foreground and some land, often a strip off in the distance. It is what I painted as a spray painter in the late 60's and it sits at the foundation of decades of landscape work as a photographer. 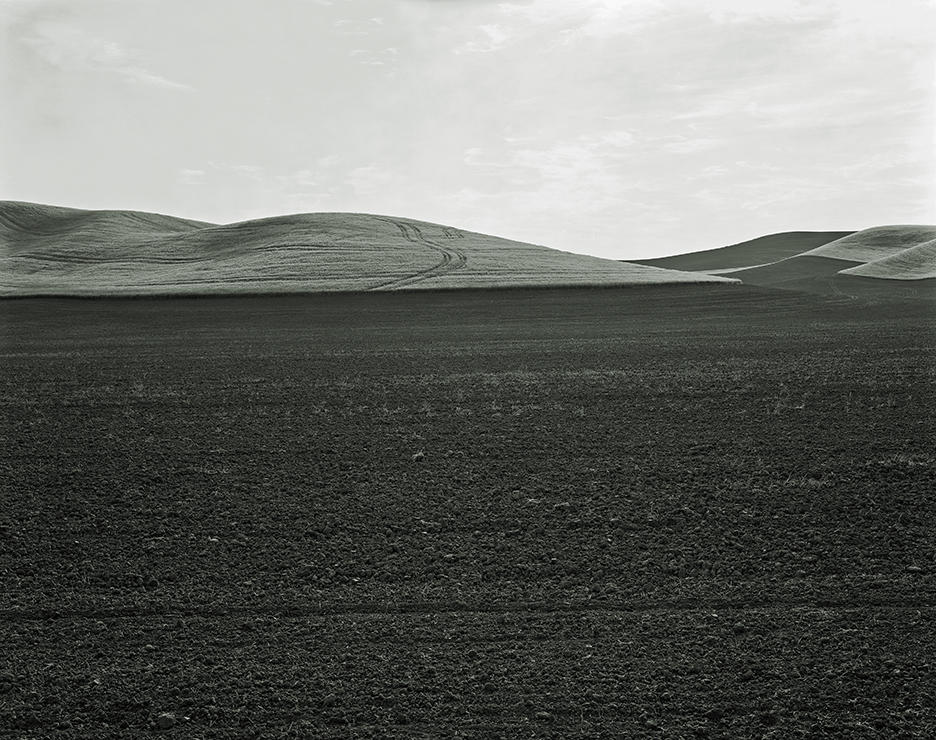 While having little understanding of this while standing on the edge of Squibnocket Pond that warm day in late August, 1976, I saw a pair of swans close to the opposite shore. This is not uncommon as the pond is a safe haven for swans to nest and bring up their young. I hung the camera around my neck, set the self timer and proceeded to make a series of exposures with my hands in the picture. 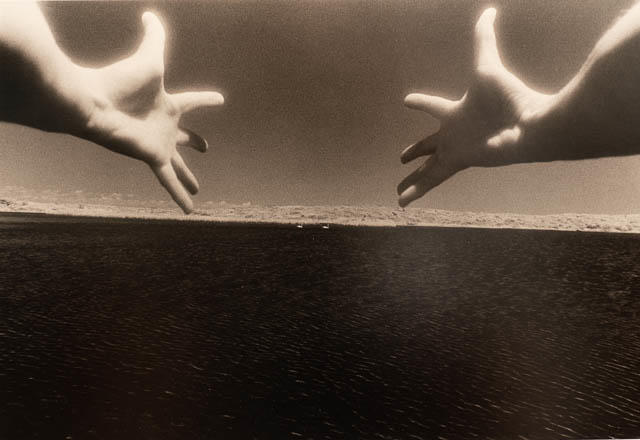 Why? Because I felt connected to the pair of swans way off?  Because of the commonality between all things living?   In this simple act of making pictures in this way I am sure I couldn't have found words to say. This was almost completely a "felt picture", putting a part of me in the frame to affirm my existence, to establish that there I was, to deny distance and objectification, to force the sense that photography can be as much about the maker as the things shown in the frame. Look how small the swans are (remember I was using a 24mm lens) and how large my hands are. Isn't Sally Mann doing the same thing in her picture? Affirming her ability and vitality, 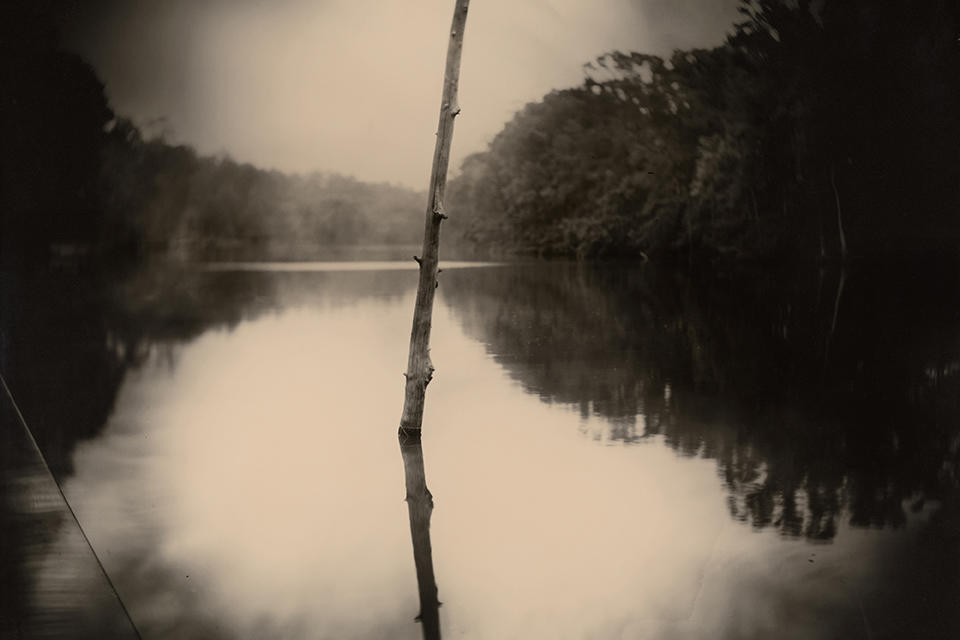 the depth of her feelings for her chosen medium and its expressive character, for its ability to convey raw emotion, perhaps love? I believe so and with my really quite simple and perhaps naive picture made in 1976 the same sensibility pervades as I stretched my arms out and reached out to those swans, waiting for the click of the shutter. I was certainly struck with the contrast of the innate simplicity and beauty of this timeless event of two swans passing by and me standing there, a creature from a different world, tricky and high tech tool hung around my neck, this esoteric film recording the content in the infrared spectrum and producing a glow to my white skin.

It is tempting now so many years later to build more into this picture than it warrants and I am resisting being a sensationalist here, but there is no ignoring that this was clearly a crucial moment I was having that afternoon on the Vineyard. The realization that I had crossed a threshold holds true today.

So, what happened? What did I do after finding my bliss in this moment in 1976?  Well, stay tuned for #3 to find out.

As always, I invite your comments: Neal's email

Poucha Pond lies just before the shore at Wasque, near the end  of the island of Chappaquiddick, off of Martha's Vineyard in Massachusetts.

The pictures were made from a kayak as I paddled the length of the pond. I put my boat in at Dike Bridge, the bridge where Ted Kennedy's Olsdmobile flipped over into the water, killing Mary Jo Kopechne one night in the 1960's.

I first started photographing in the Palouse area of southeastern Washington in the mid 90’s and have been back most years since. It is my longest running project.

The work has evolved over the years, going from first black and white to color, from large format to digital, and from being based on the ground to including pictures made from the air. I have also photographed the area through the seasons.

In earlier writing about the project I referenced some of the great contemporary landscape photographers such as Robert Adams and Joe Deal, who was a good friend, and also cited Eugene Atget for the single mindedness of his intent. As a career artist I work in many different genres but this is the one that is perhaps the core vehicle of expression for my landscape work. While it has been challenging to find new approaches to this most wonderful of places, it also has been a privilege. Looking back at so much work now, I see more subtle changes from the earlier days to the present for I believe some of the basic principles in working there still apply: it is a landscape almost without scale due to few trees and little to reference size, the pictures can convey the movement of the wheat in the breeze at the same time as show the stillness and static nature of the topography, allowing photographs that convey sharpness and blur due to movement in the same image simultaneously and finally, in the more recent work since about 2000, colors, on their own, but also in relationship to each other.

I am very excited by the newest work from the summer of 2014, as it represents a shift in intention with an evolved sense of the fields' function and their form where the work is perhaps its most abstract. Some of this work references the place by including a barn, a farm machine or trees, while some does not. Hence: Function and Form, the title for the new work. Function and Form constitutes a subset, which is, I hope, a powerful one, of the overall work made over the two-week shoot.

A few weeks ago, as I was giving a gallery talk at the Peabody Essex Museum, I paused in front of this photograph at the Sally Mann show and realized I could probably go on for hours about it. In fact, I didn't get to talk about the whole show, partly because, I am sure, I was going on about this one so long. The photograph, I believe, speaks to Mann's essence as an artist. Surreal, ethereal, minimal, powerful and deeply felt, it is one of those works that takes your breath away, yet is so very simple. Read more