This past Monday I returned home from a few weeks at Martha's Vineyard (new work to follow soon). On the day before I left I met up with friend and colleague David Welch for a demonstration flight of his drone. 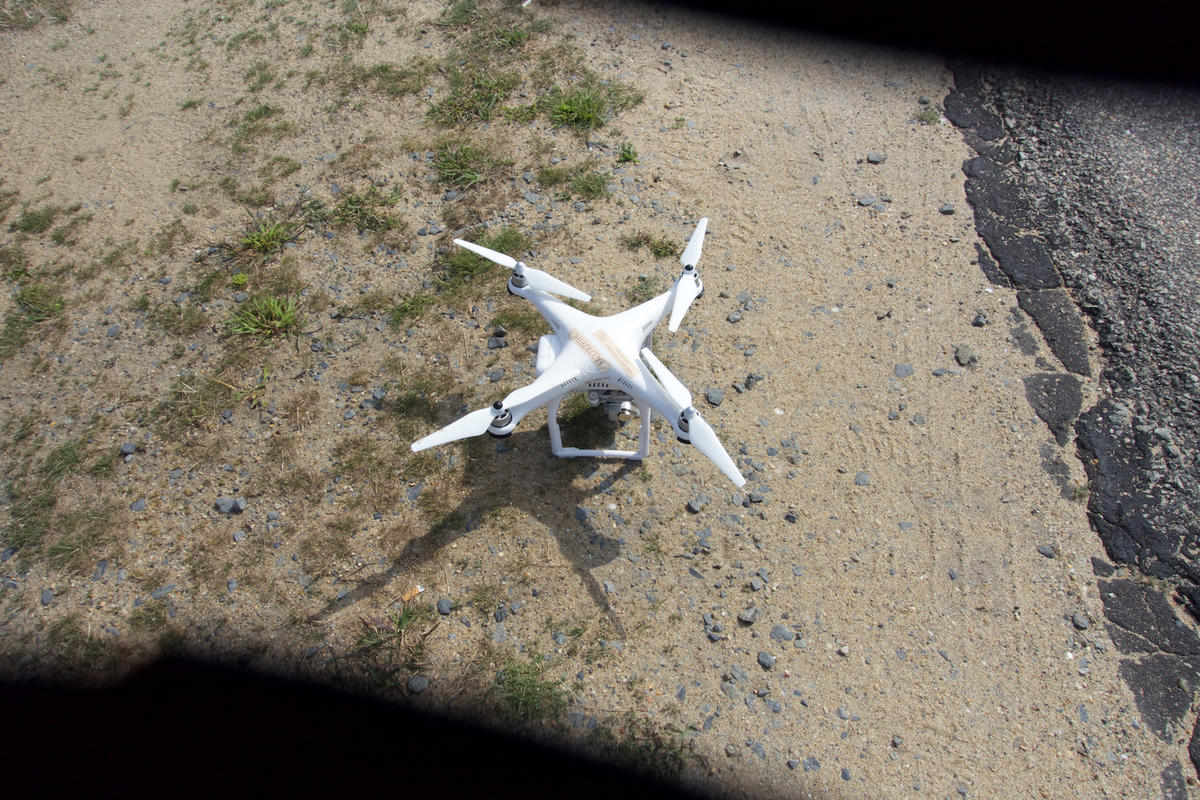 We met out in Katama, a beach along the South Shore; no trees, flat land and close to the beach. In the back of David's wagon was a large hard case that held the drone, extra batteries, chargers and the controller. In about a minute David pulled the drone out of the case and placed it on the ground, hooked up his phone to the controller, turned everything on and the drone revved up and took off. 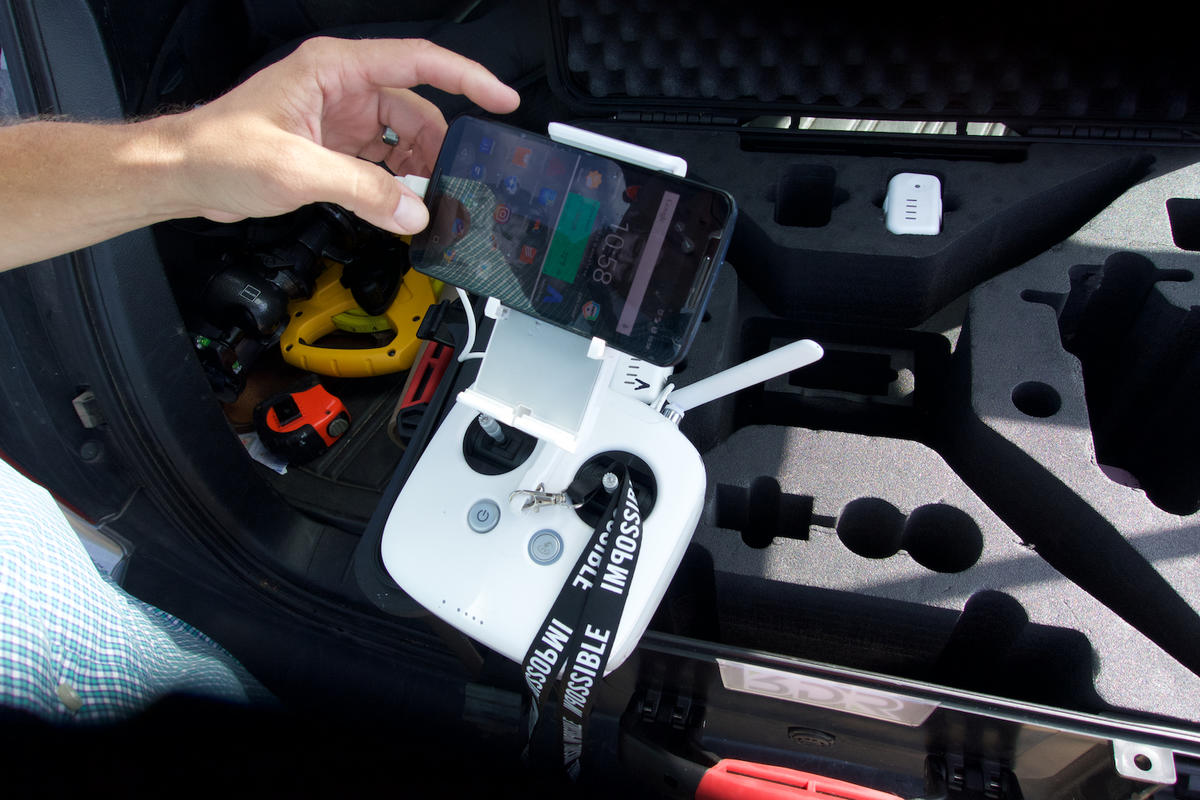 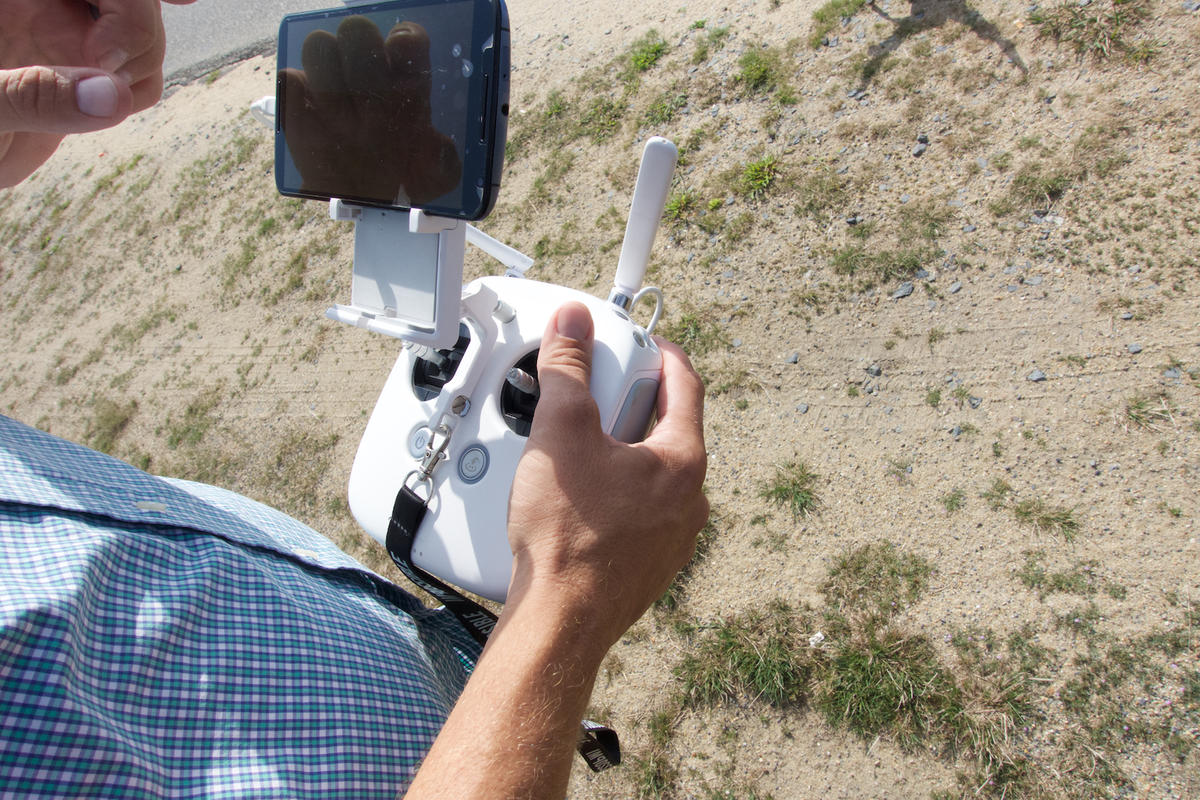 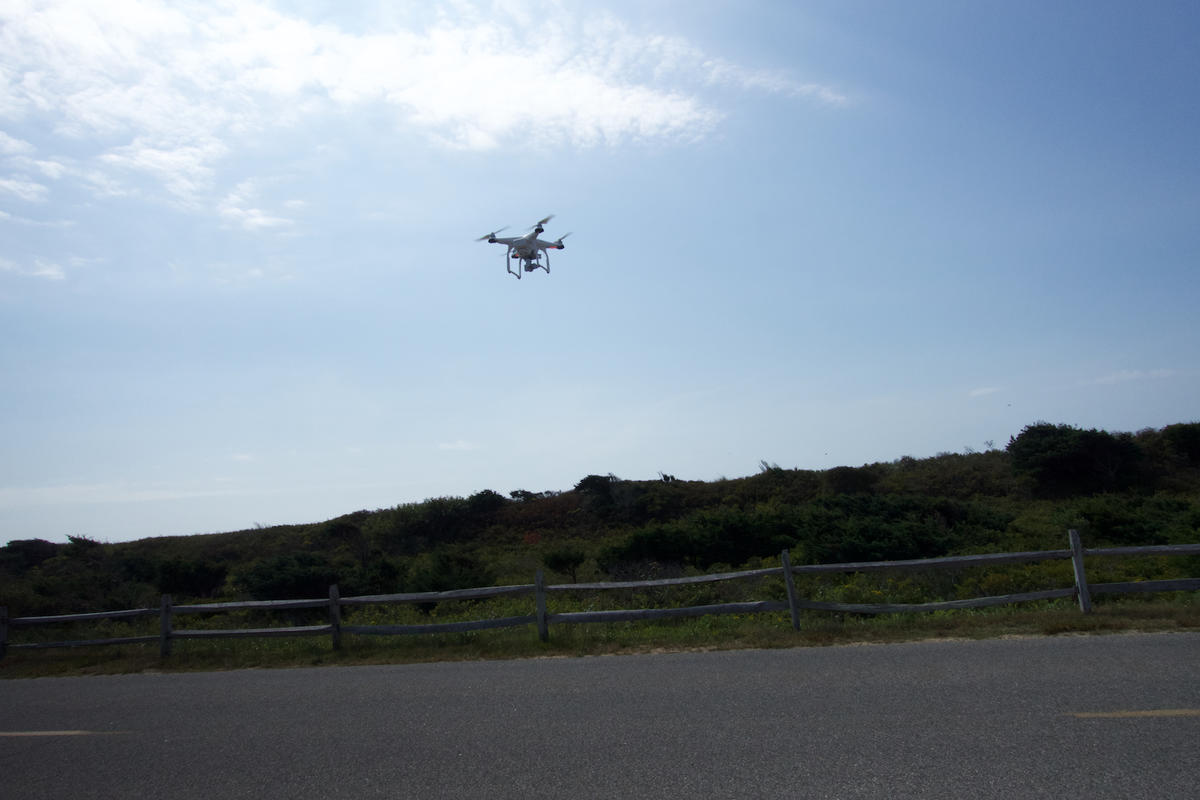 Off the drone went with David at the controls. We quickly lost sight of it but he could see where it was by what its camera was showing through the app on his phone . At this point he had it hovering over the beach. It was very windy that day so the machine was having a hard time staying in one place. He brought it back with the two joysticks on the controller and then handed the controller to me, telling me which each one did. 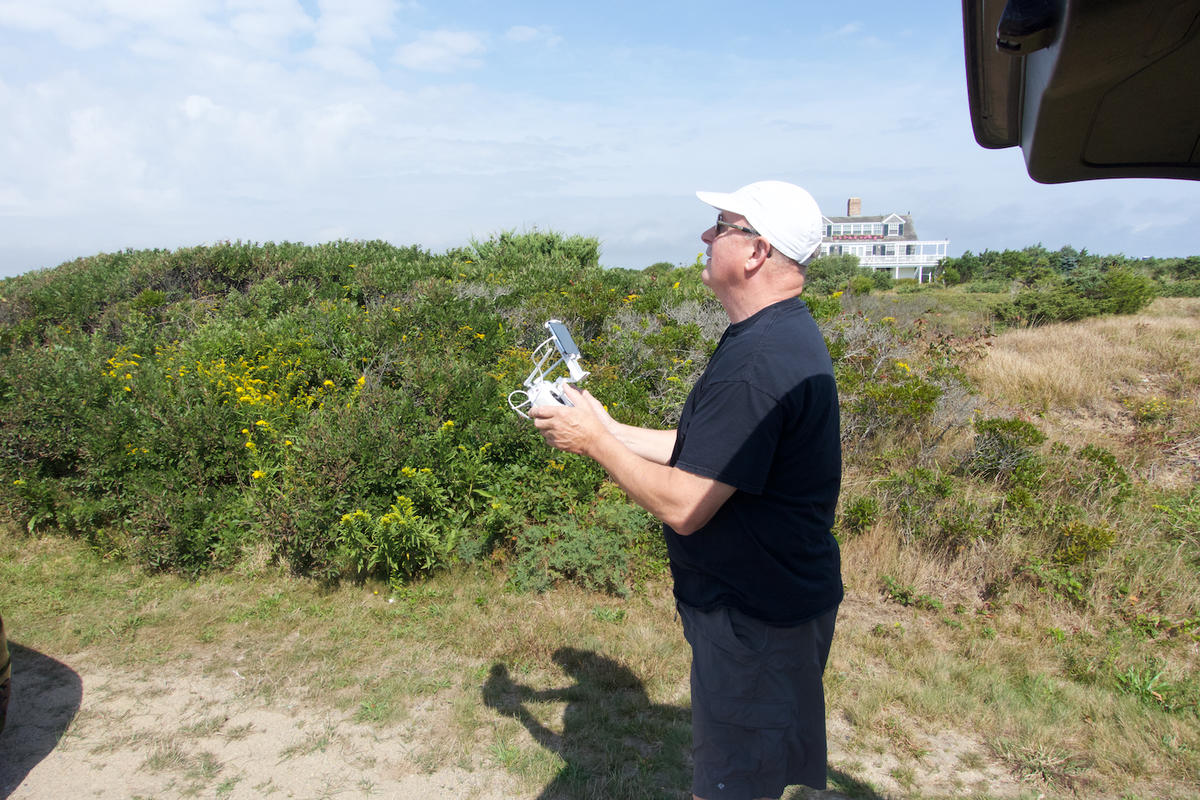 I got to fly a drone! I quickly learned this was easy. Don't touch anything and the drone hovers. Push the  joystick left or right and and it leans over a little and goes that way. Push the other joystick up and the drone goes straight up and so on, all the while the camera is stabilized and moves on its gimbal to say steady. To an aerial photographer all this is a little overwhelming.  To be able to put the camera platform just where you want it is wonderful. Hovering's amazing! My photographing from a plane going at 100 mph is very hit or miss. Downsides to the  drone? Lots. 12 mp camera on the drone verses 36 with a Nikon in a plane. A fixed focal length lens verses a 70-200 mm zoom. Flying time of about 20 minutes. Very limited range. Want to shoot a couple of miles over there? You have to pack it up go over there and then launch the drone again. Then there's FAA rules and licensing. Lots of restrictions too including height limits. Add in the cost of the drone and learning how it all works.

A plane? Usually about $250 an hour and you are dealing with the elements as you can see from this back seat photo by my friend Lynn. The window to my left hinges up and stays open during the flight. 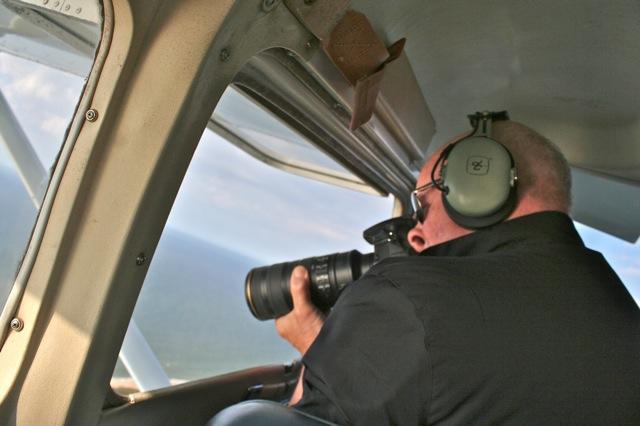 But I thoroughly enjoyed flying the drone, feet firmly on the ground. Of course, there's risk flying in a small plane. David uses his for commercial assignments including real estate and also weddings. He has a video series on Facebook that is the drone hovering stationary above the beach on the Vineyard with the waves coming in and then going out that is sublime.

His Drone? A DJI Phantom 3 Advanced.